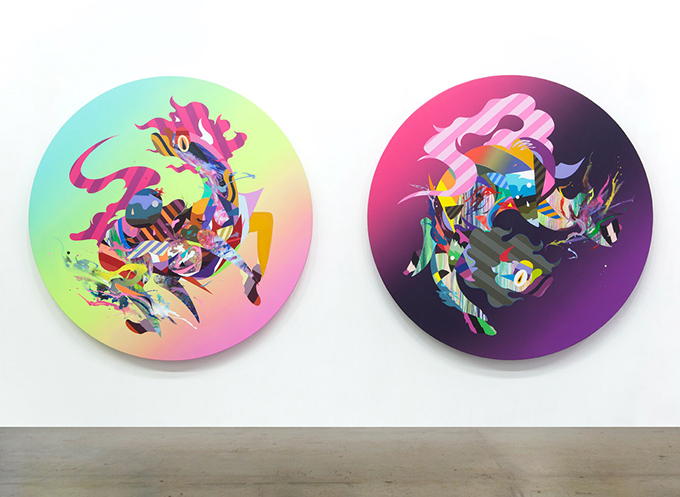 Tomokazu Matsuyama’s work — mostly acrylics on canvas or paper — has a sense of intrigue, mystery and secrecy that draws the viewer in and demands a further look. There is also a feel of lightness, floating and movement that seems to suggest fleeting glimpses of something impermanent. At the same time, his art carries a strong implication of tradition and of enduring order. 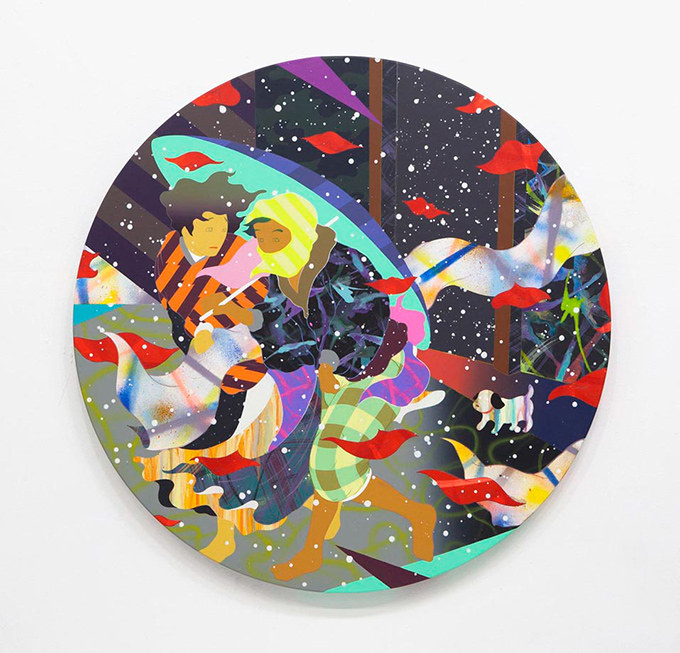 His colors are subdued but lively, and much of the work suggest a paper-cut collage. Humans, mostly men, and animals, especially horses, populate his art, and even in the abstracts, there is a hint of an eye, a wing, a presence just beyond the immediate first glance. The implication of story and the touch of subtle whimsy make his work accessible and inviting, yet the viewer is not hit with rigid answers. One is left with an oddly comfortable sensation of incomprehension. 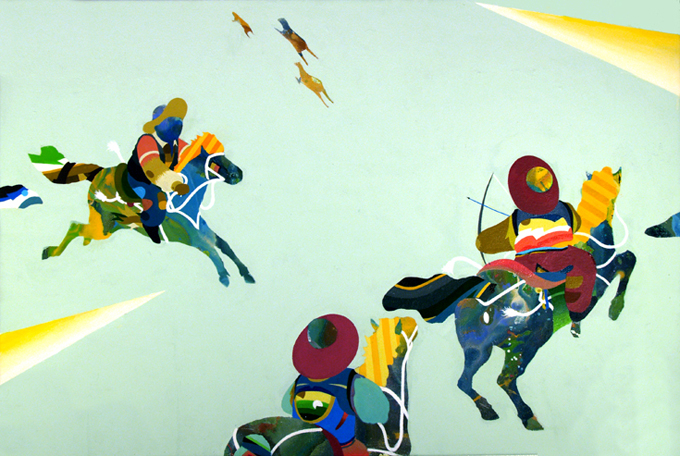 Tomokazu Matsuyama was born in Tokyo in 1976. He is a graduate of the Pratt Institute in New York and the Sophia University in Tokyo. He lives and works in New York City. He has held solo exhibitions in San Francisco, New York, Tokyo and Osaka and participated in numerous shows and installations around the world. He has also worked with well-known brands including Levi’s and Nike and Adidas. Tuija Seipell 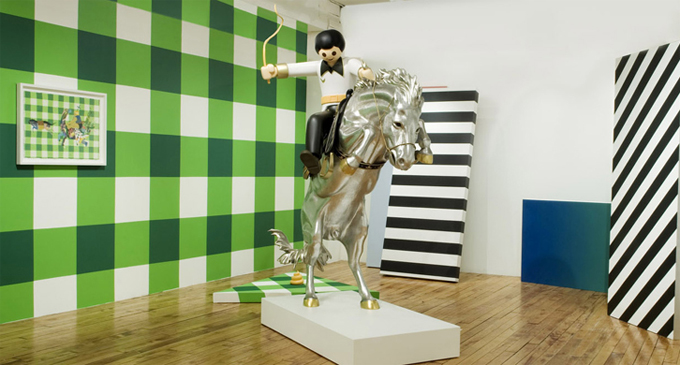