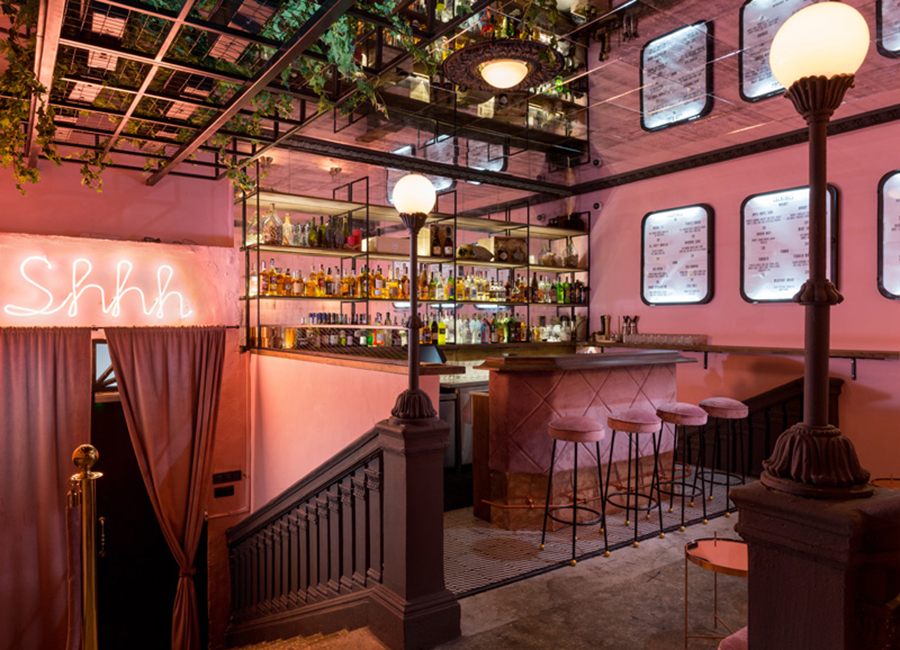 Once again, to our surprise, we find ourselves drawn to a pink interior. This time, we are talking about Pink Room, a speakeasy-style bar in Kiev, Ukraine. 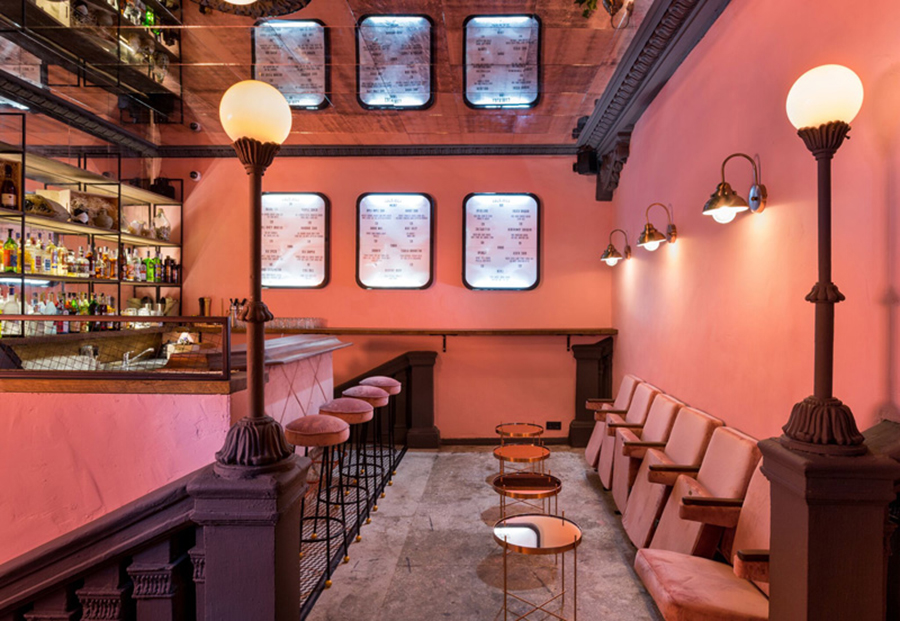 Bar owner Sergei Kuzarski – known, for example, for bringing internationally known DJs to Ukraine – wanted to create something nostalgic, something that was decidedly different from the typical trendy Kiev establishments with their minimalist design and experimental gourmet menus. 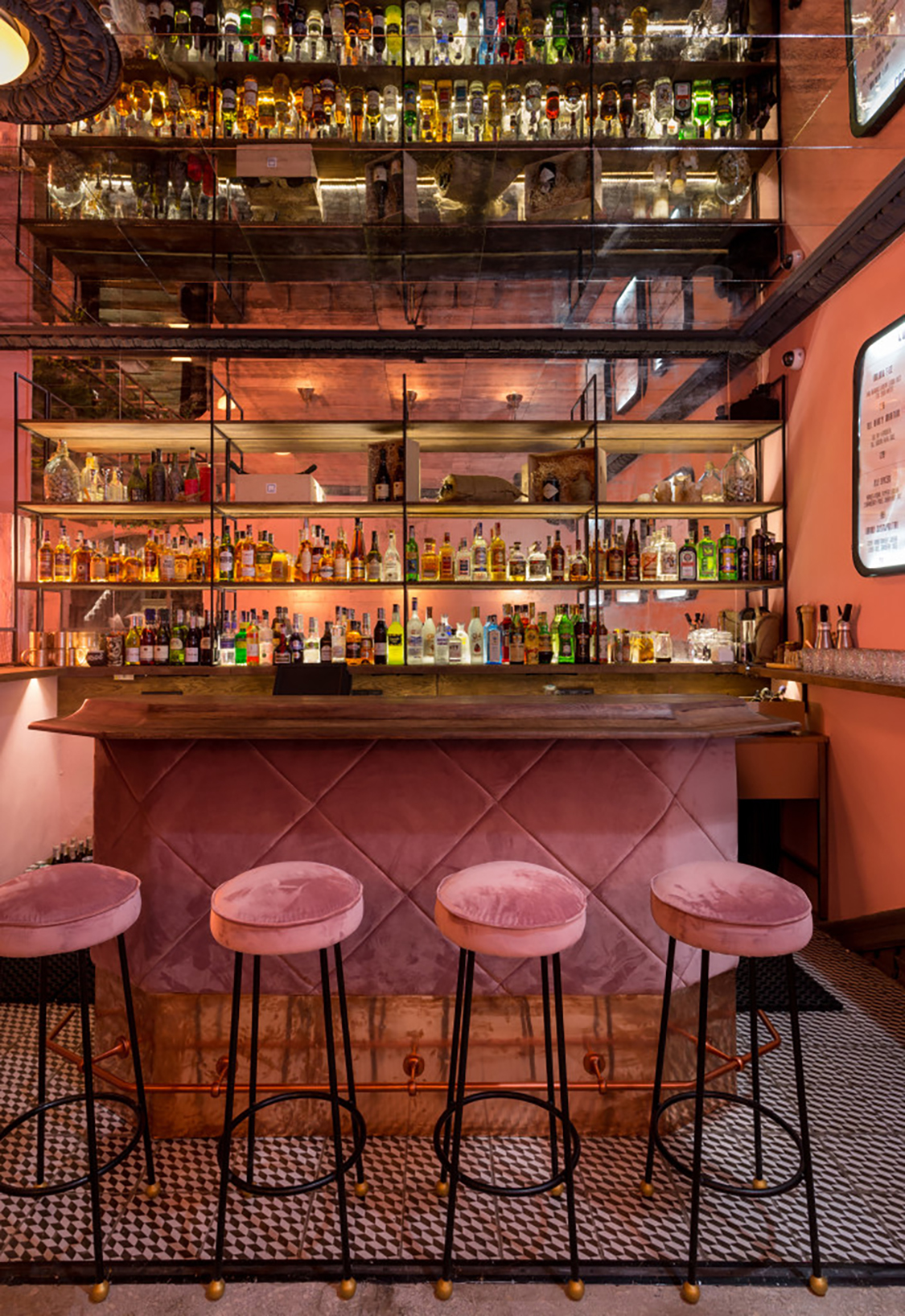 Led by founder Ekaterina Kuzmenko, the designers at the Kiev-based Circle Line transformed the 60 square meter (645 sq.ft.) space under and around the stairway of the old Kiev movie theatre into a bar that harkens back to the times of prohibition, black-and-white movies and serious romance. 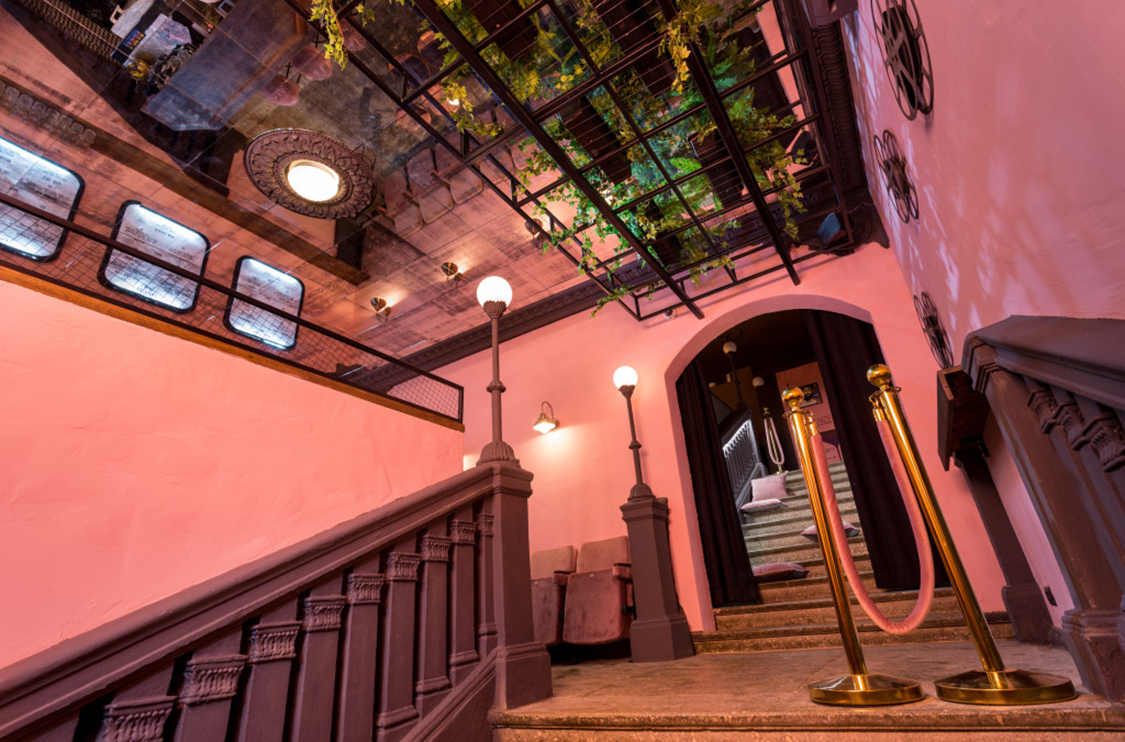 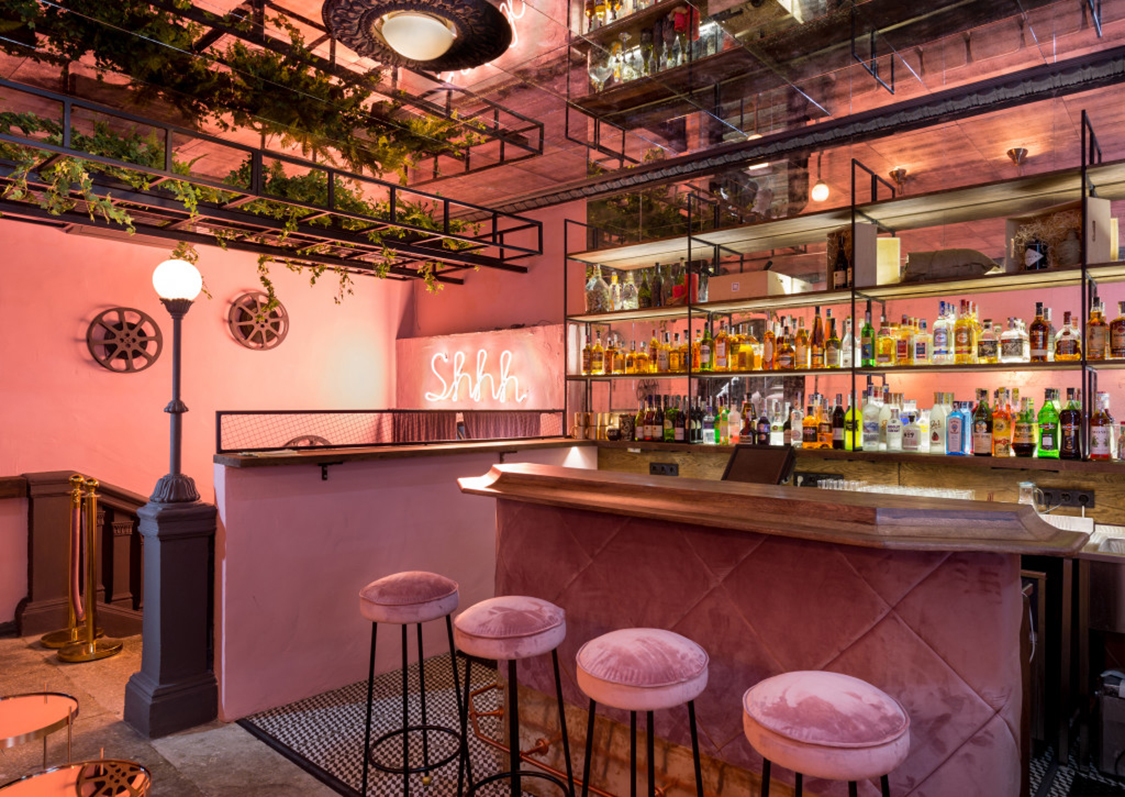 As a nod to the French style of the 1930s and led by local bar and restaurant man Alexander Osipov, the bar features cocktails with French alcohol and the kitchen serves light French-leaning fare. 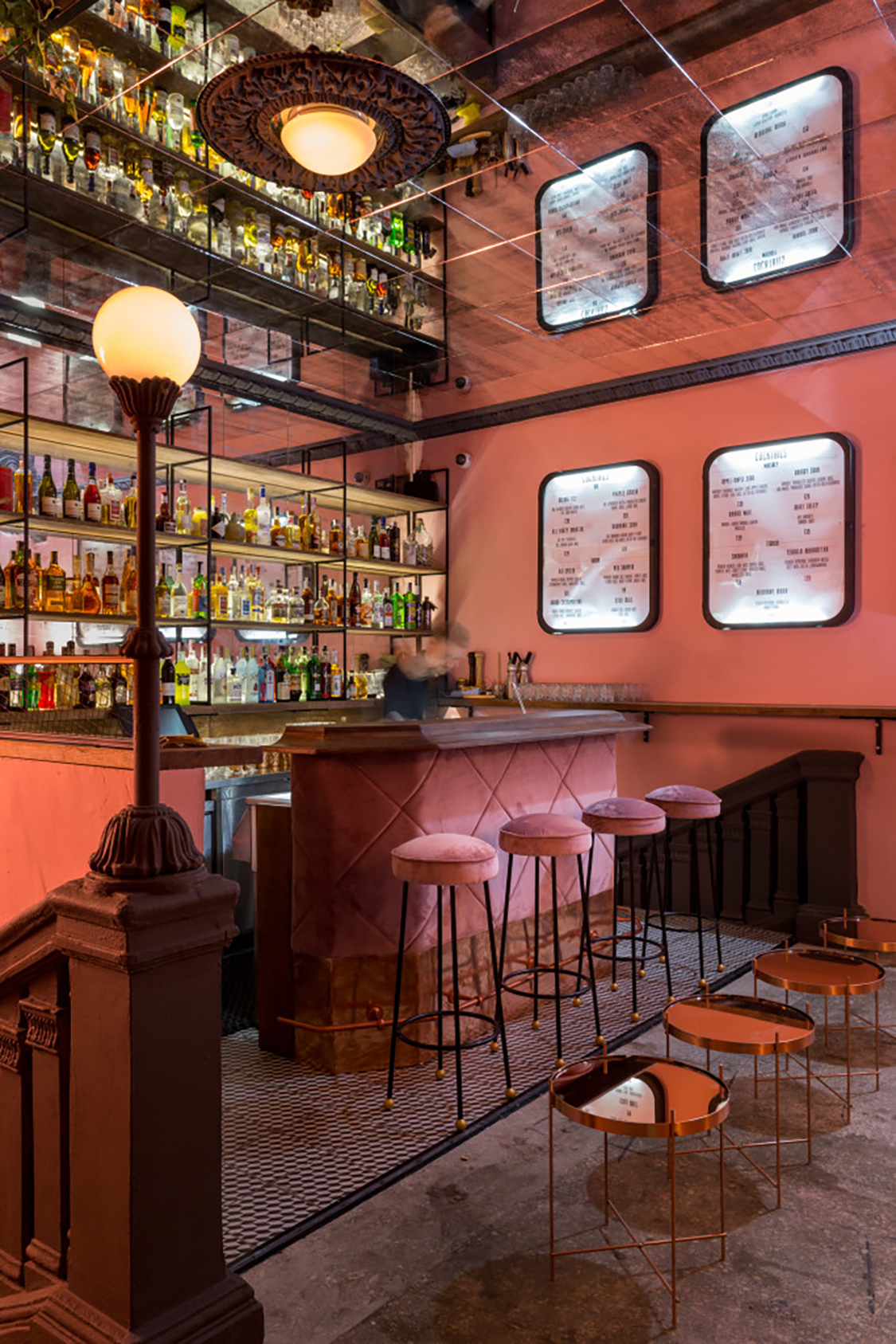 To enter the ‘secret’ bar at Bolshaja Vasilkovskaja 19 at Kiev’s central plaza, Leo Tostoi Square, one needs a code from the owner or possibly someone who’s already been admitted in. Weekly program promises  showings of vintage films, appearances of well-known DJs and bands. Tuija Seipell. 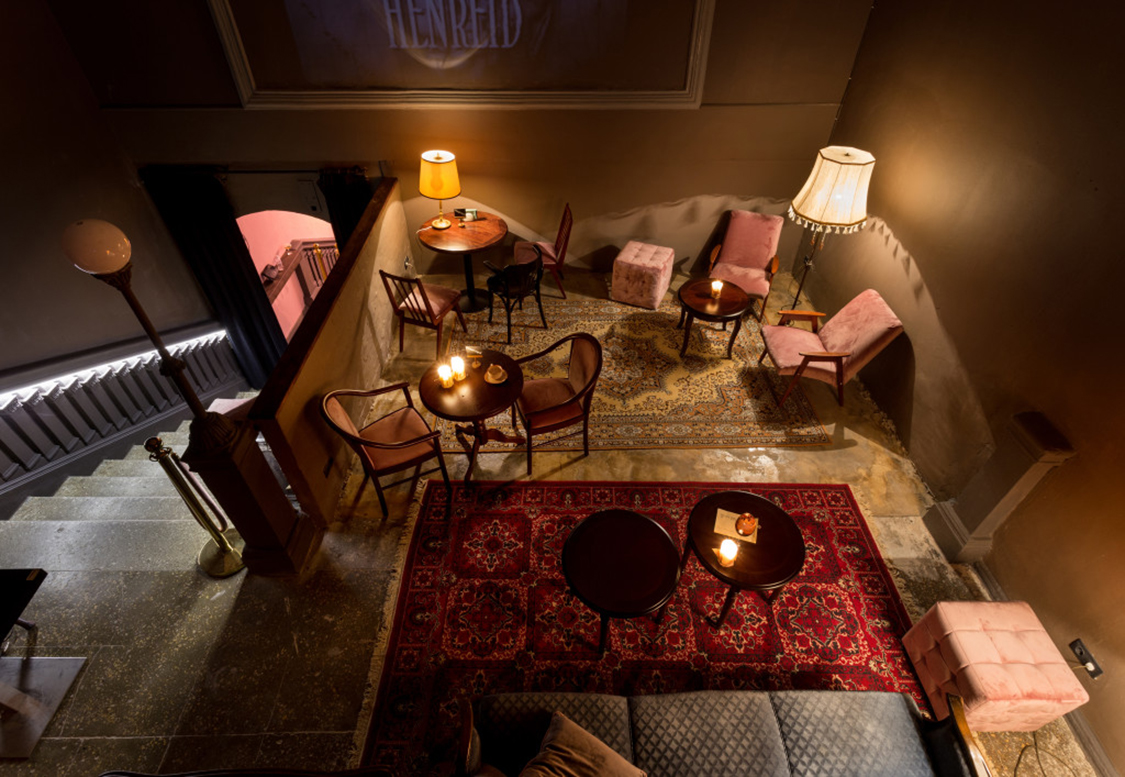