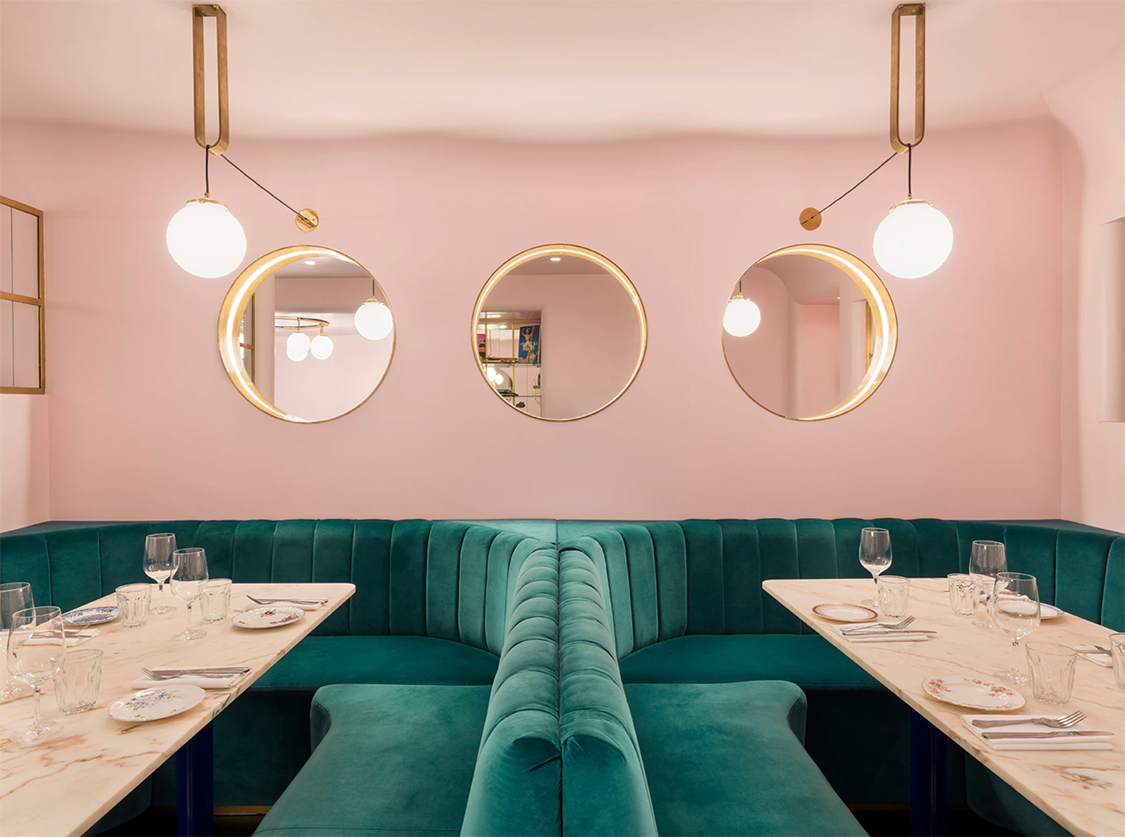 This has certainly been the year for 1940’s Hollywood vibe in bars and restaurants. Pastel pink hues, plush velvet upholstery, curvy shapes and shiny brass have popped up everywhere.

For final proof we are including a small, tightly edited underground bar in London. 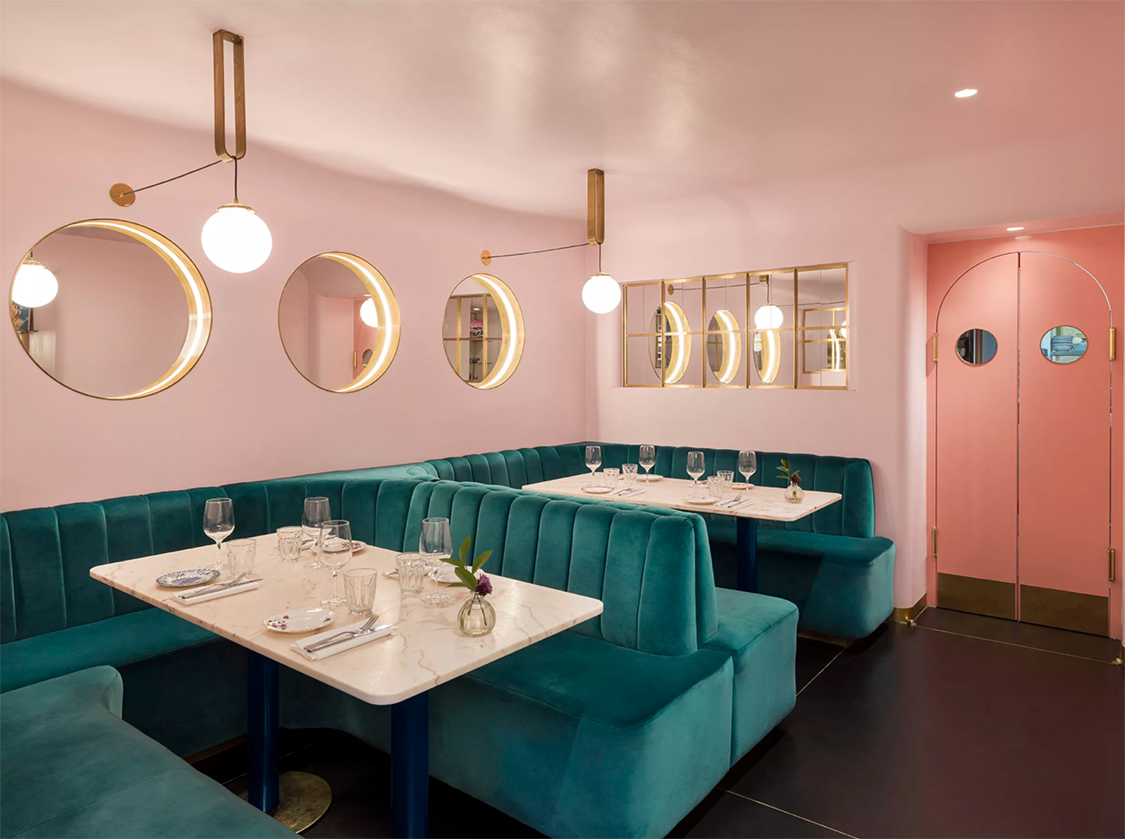 It has become a popular and trendy hangout for Bond-Street shoppers and the after-work crowd to enjoy French-style shared plates, desserts and bespoke cocktails. 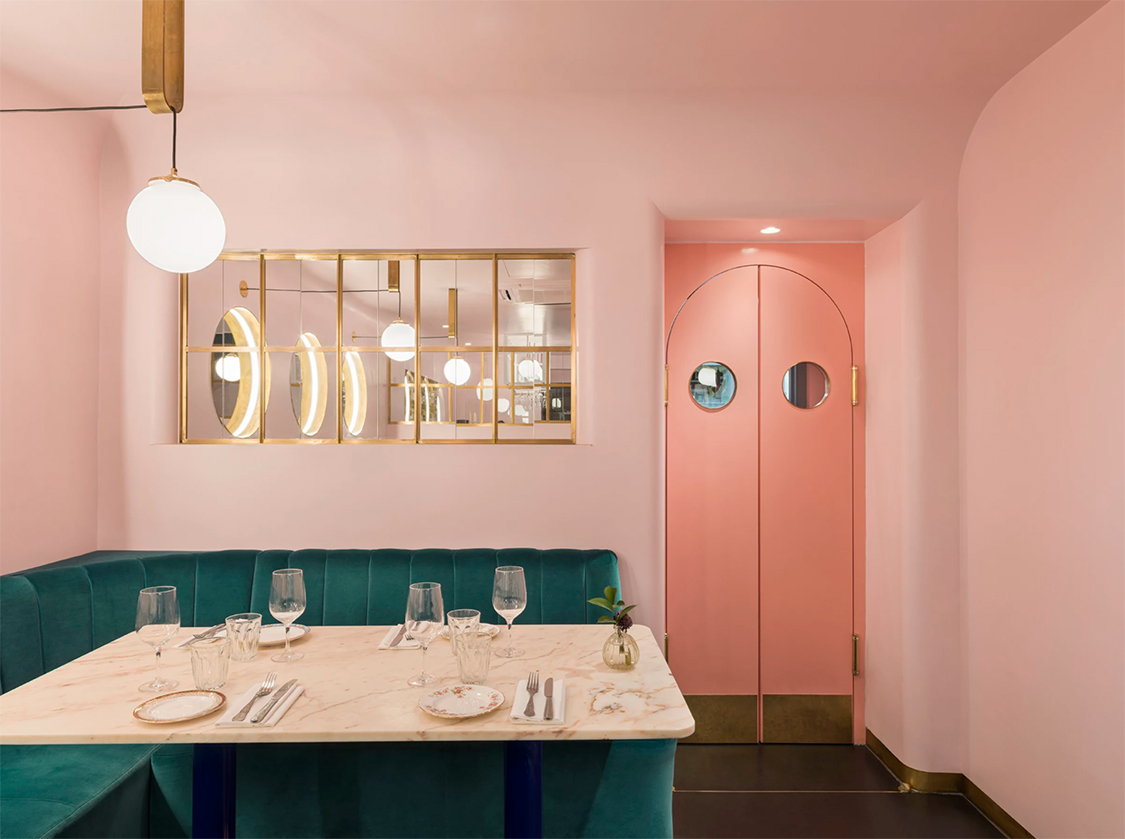 By the fall of this year, the three owners, childhood friends, David Bellaiche, Gabriel Cohen-Ella and head chef Jeremy Coste, were ready for some changes.

The basement bar, known as Chez Chow was inspired by Teddy the Chow Chow, the pet of one of the owners. It was quaint and dark and needed a face lift. 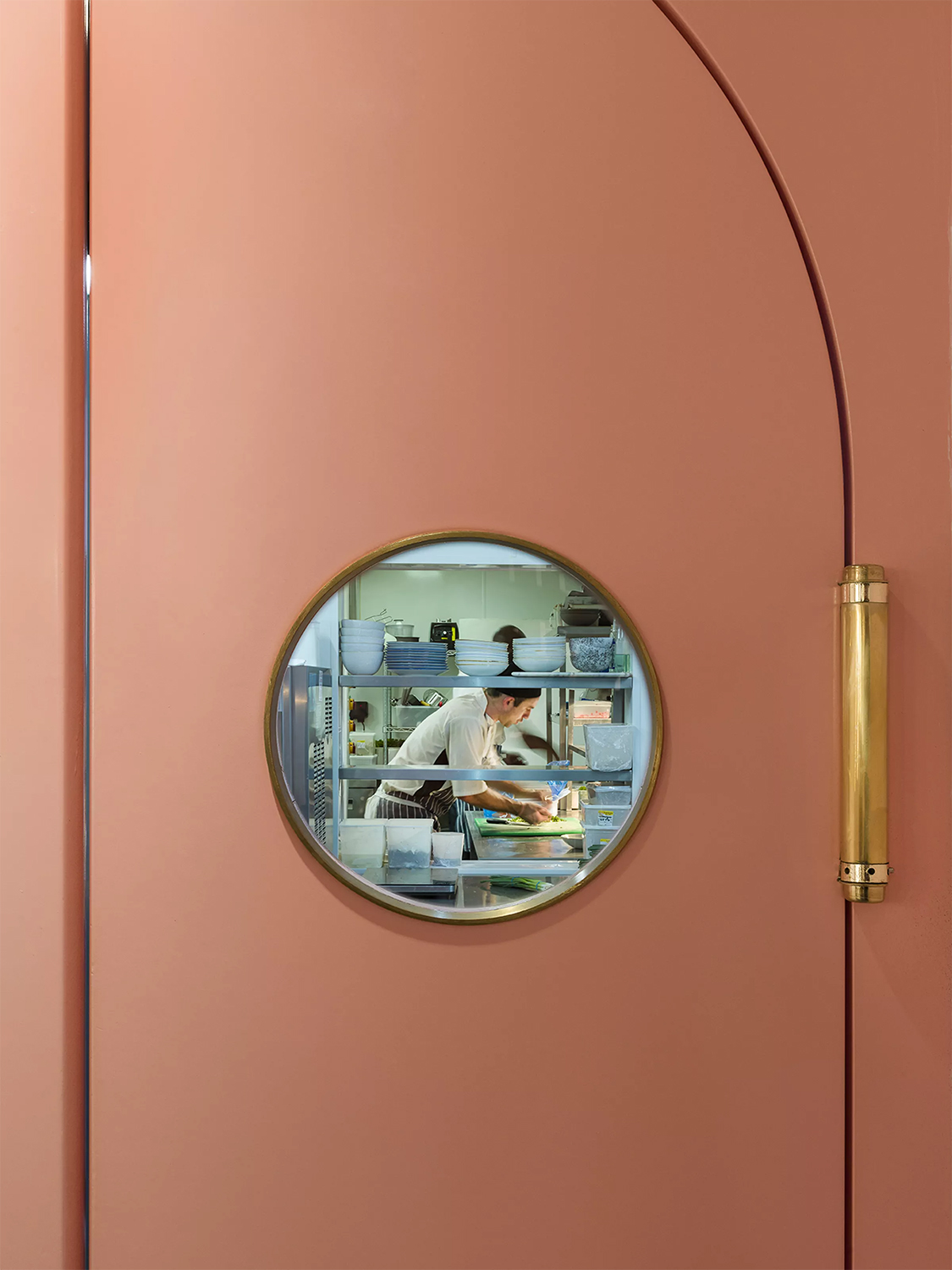 The owners wanted the bar to continue to be decidedly different from the ground-floor main restaurant that has a clean, pared-down décor with white-washed brick walls, marble tables, stark light fixtures and leather seating. 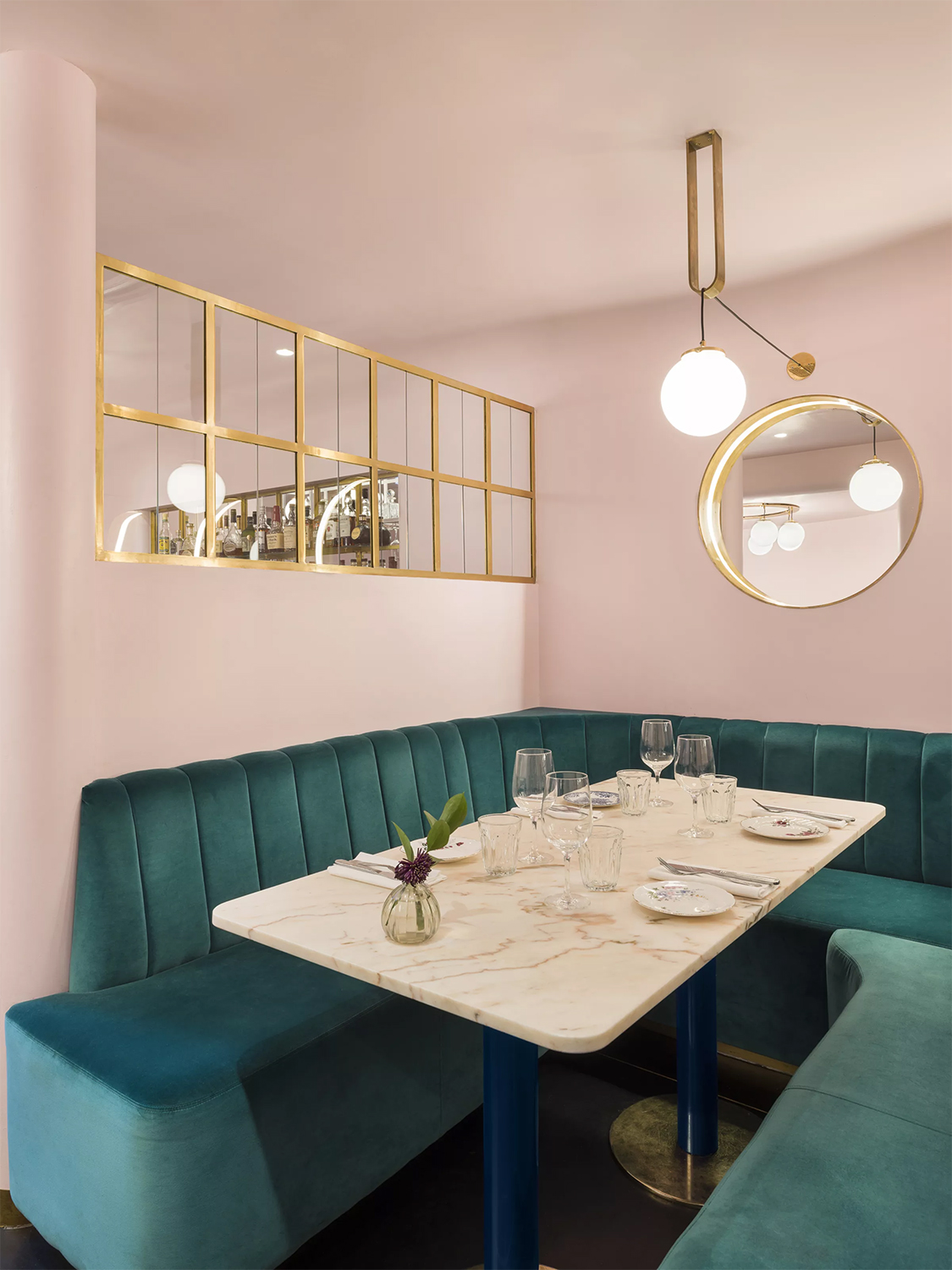 The designers used rounded shapes, rich-blue velvet seating booths, light marble table tops, bright-blue flooring, see-through partitions, mirrors and bespoke lighting – all by Gundry + Drucker – to create a contrast for the floor above and to open up the dark bar.

“During the design phase of this project we were interested in 1940’s Hollywood for its combination of optimism and glamor, a deliberate contrast to the rough wood/industrial aesthetic still common place in London,” explains Tyeth Gundry. 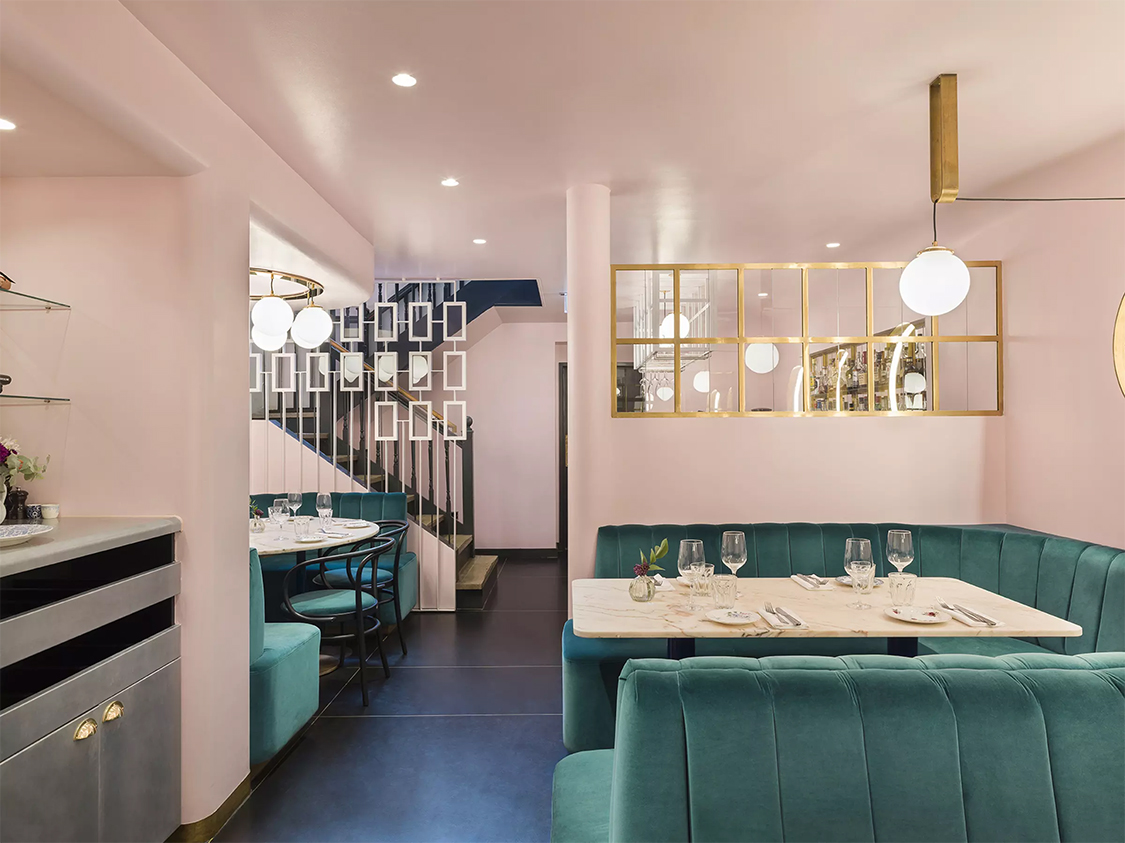 The basement bar now seats 22 people in an open and bright setting that makes the space appear much larger than it actually is. Tuija Seipell. 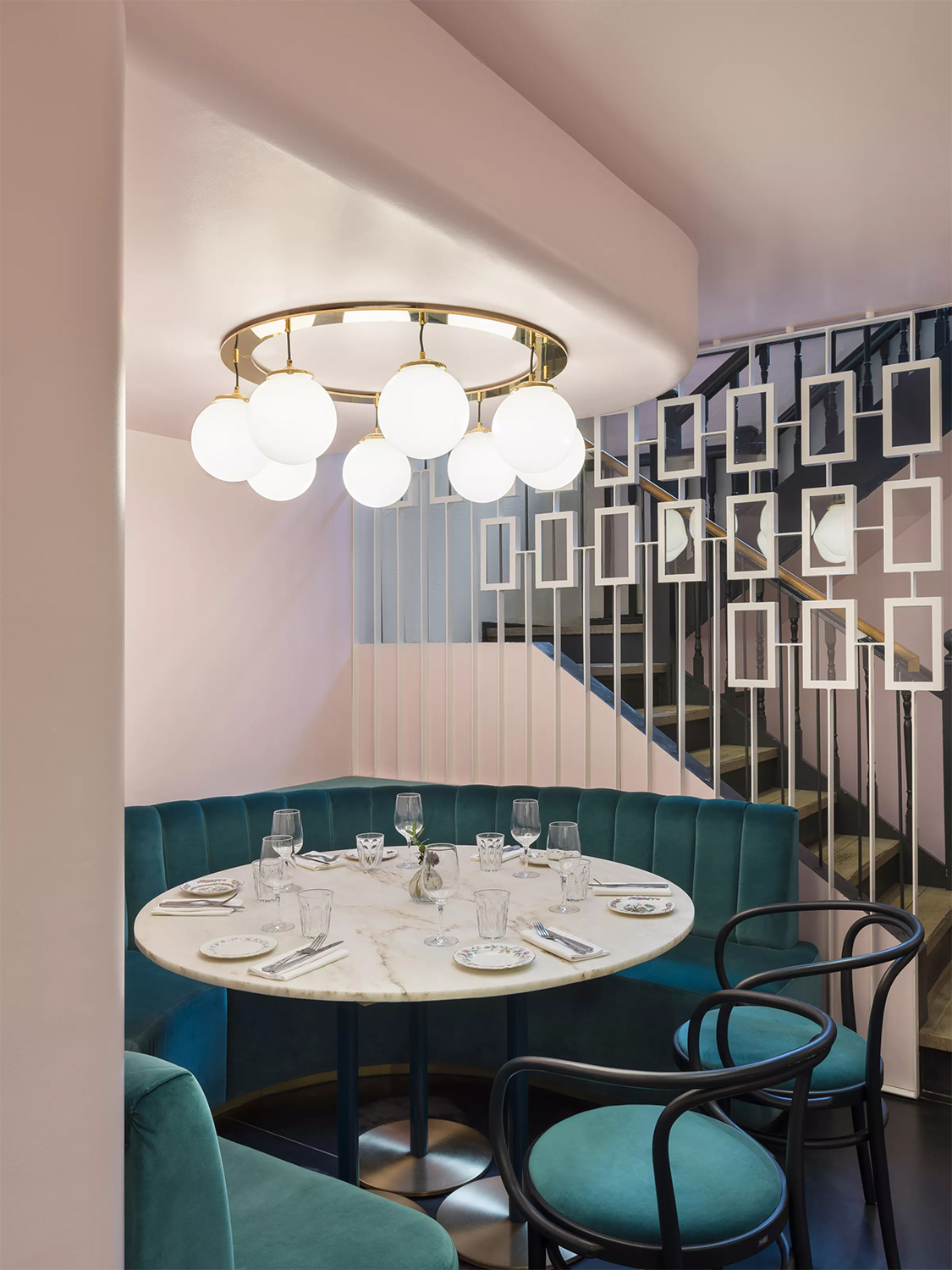 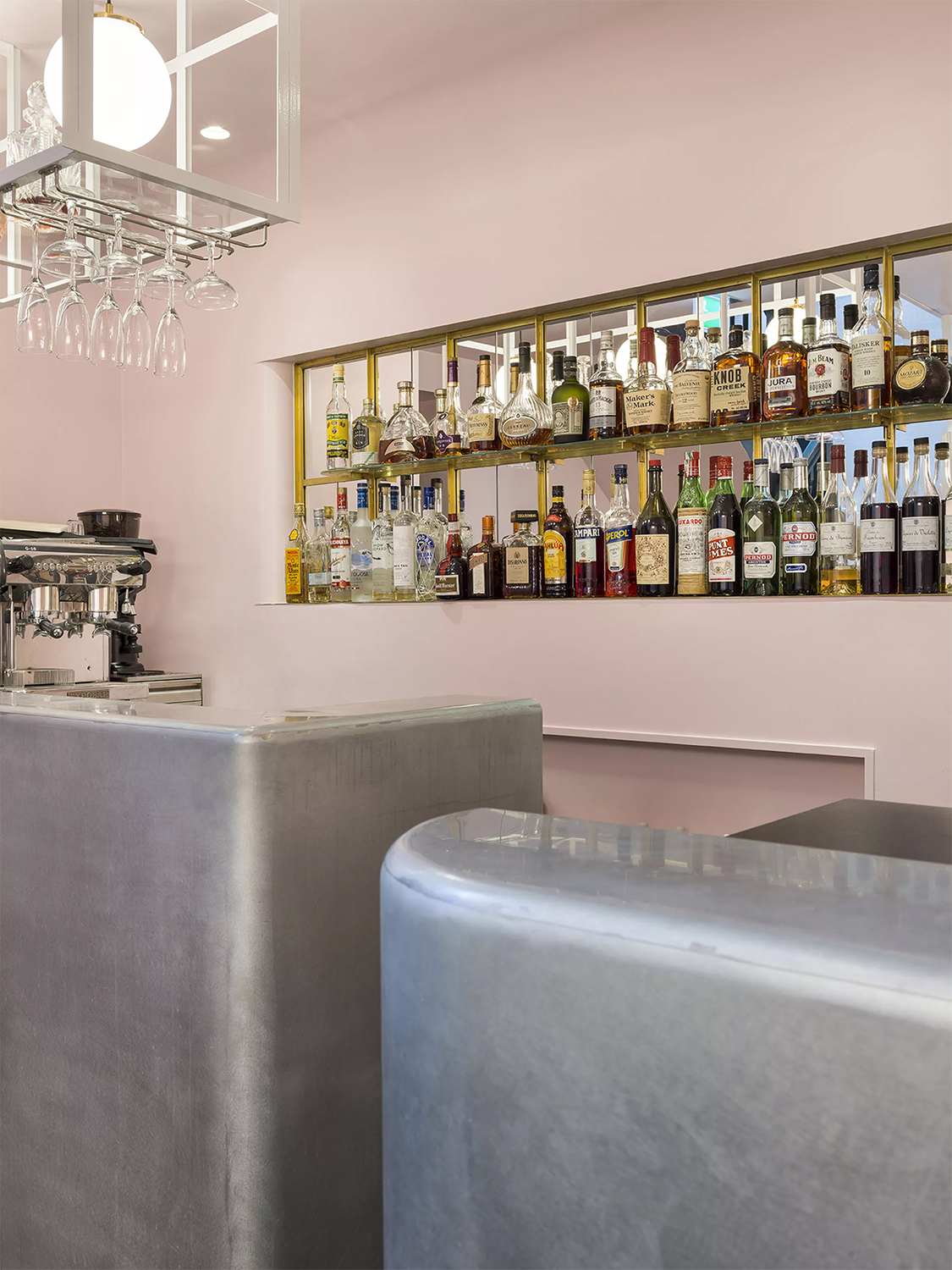 Here are links to our articles on some of the other establishments with similar design elements: