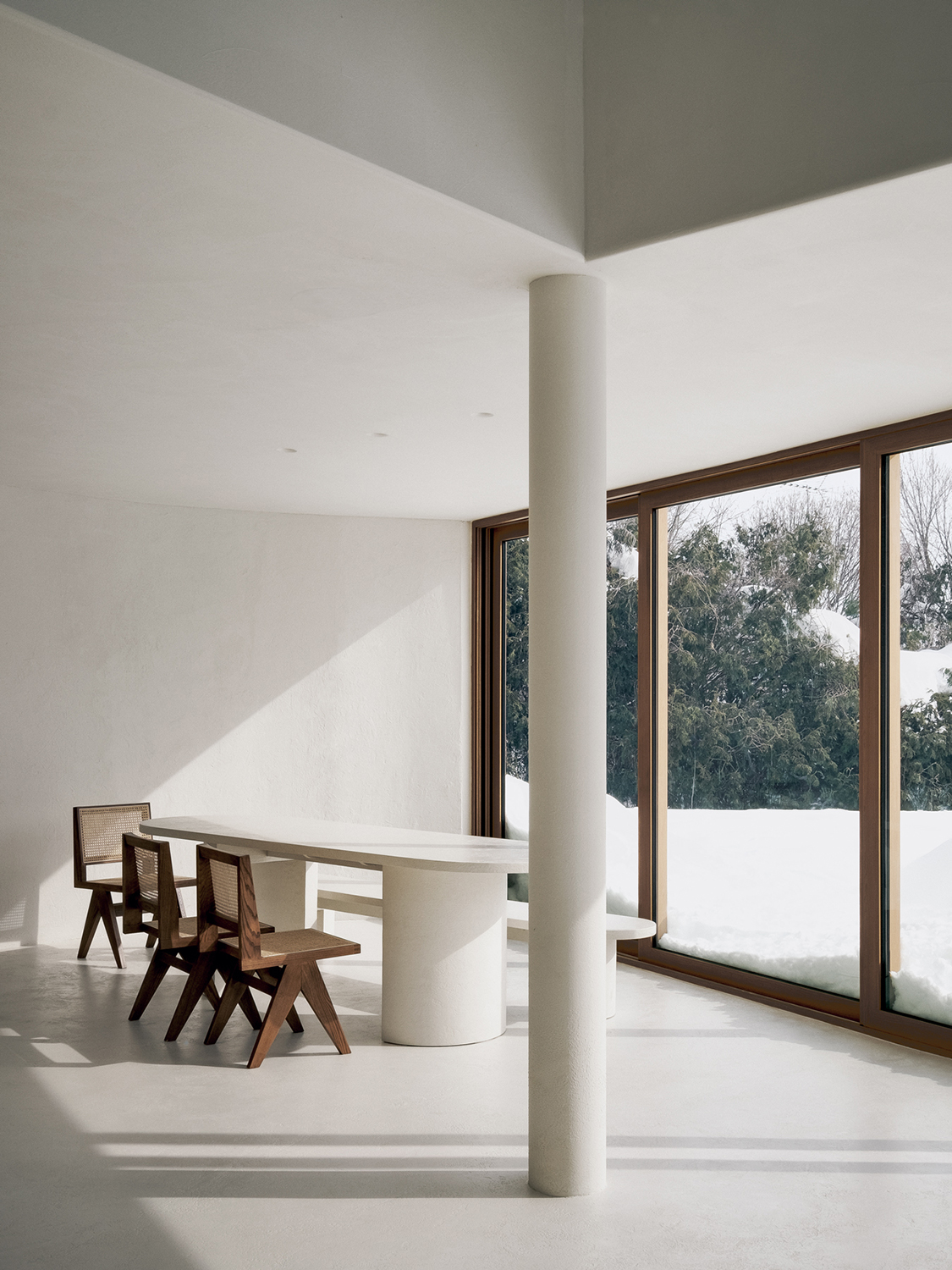 In the recent NORM residence renovation, Montreal-based Alain Carle Architecte has created an elegant study in white that appears even more magical when the cold Montreal winter covers the ground in snow. 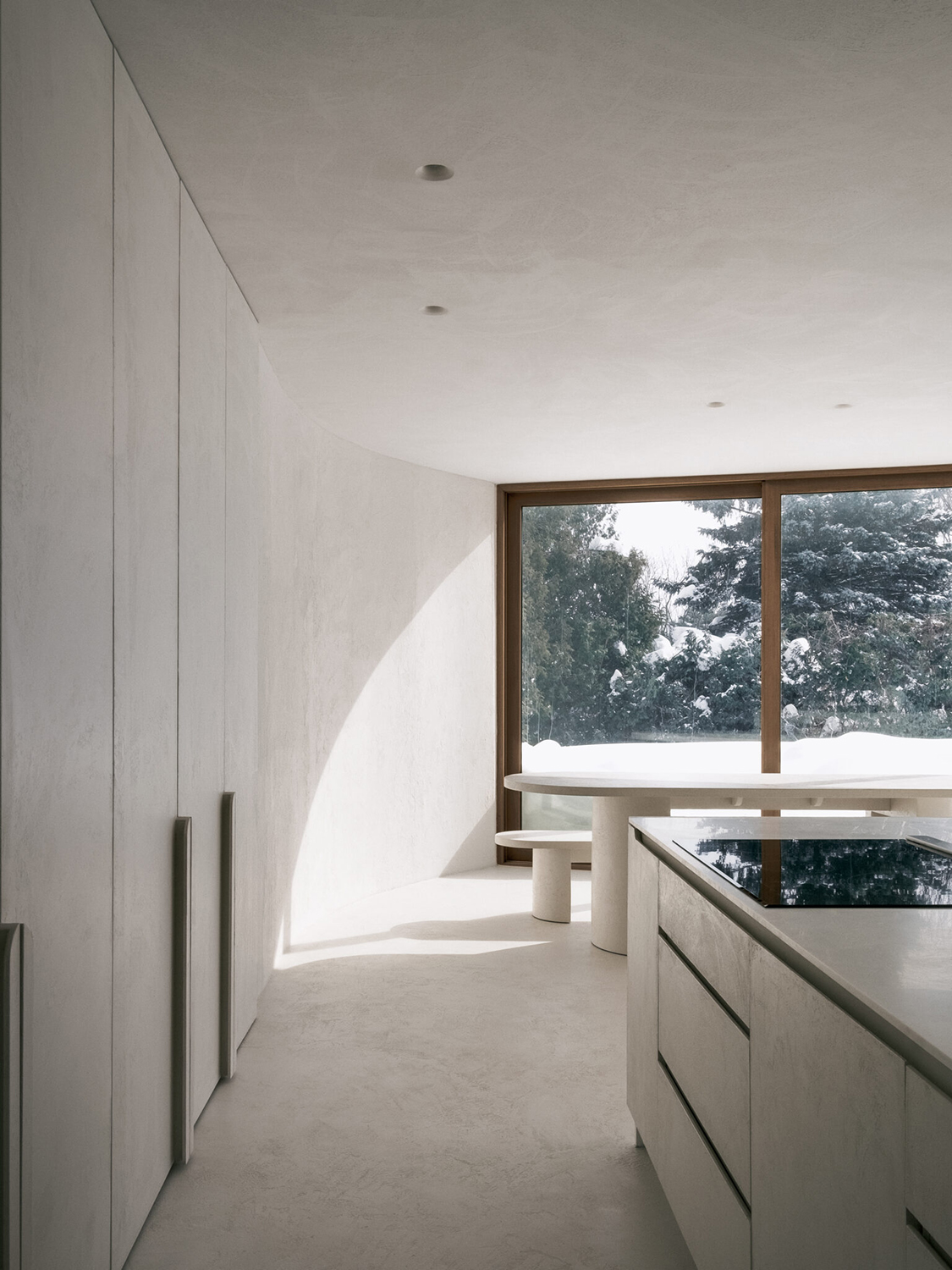 Baie-D’Urfé is a residential community at the southwestern end of the island of Montreal. The area has mostly large houses on sizeable lots. But because its street grid meanders in the uneven topography, many residences are visible from several angles and therefore lack privacy. This was also the case with the single-family NORM residence. 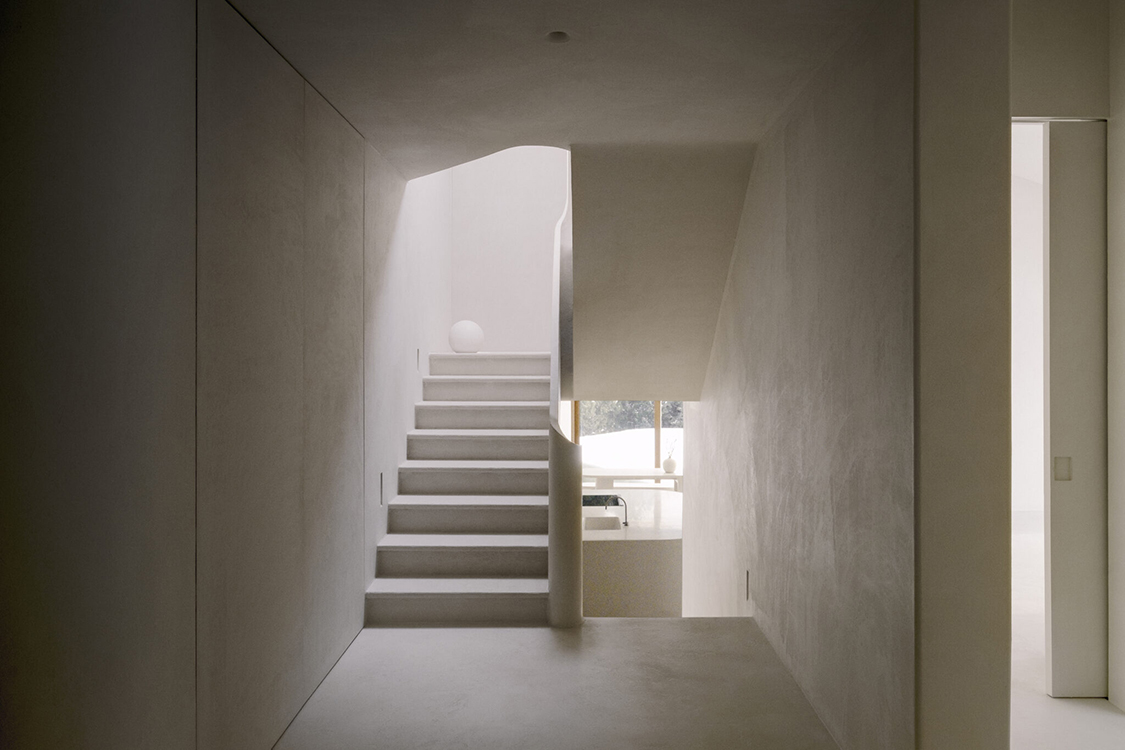 Moreover, the existing house, located on a gently sloping south-facing site, was built with no regard to light. This is an oversight that makes no sense in a climate where sunshine and warmth are in short supply. The sunniest part of the lot was occupied by the garage and the main living spaces were all facing north. From the street, the garage was visible but not the front door. From the inside, there was no real connection to the outside or to the mature trees and green landscape on the site. 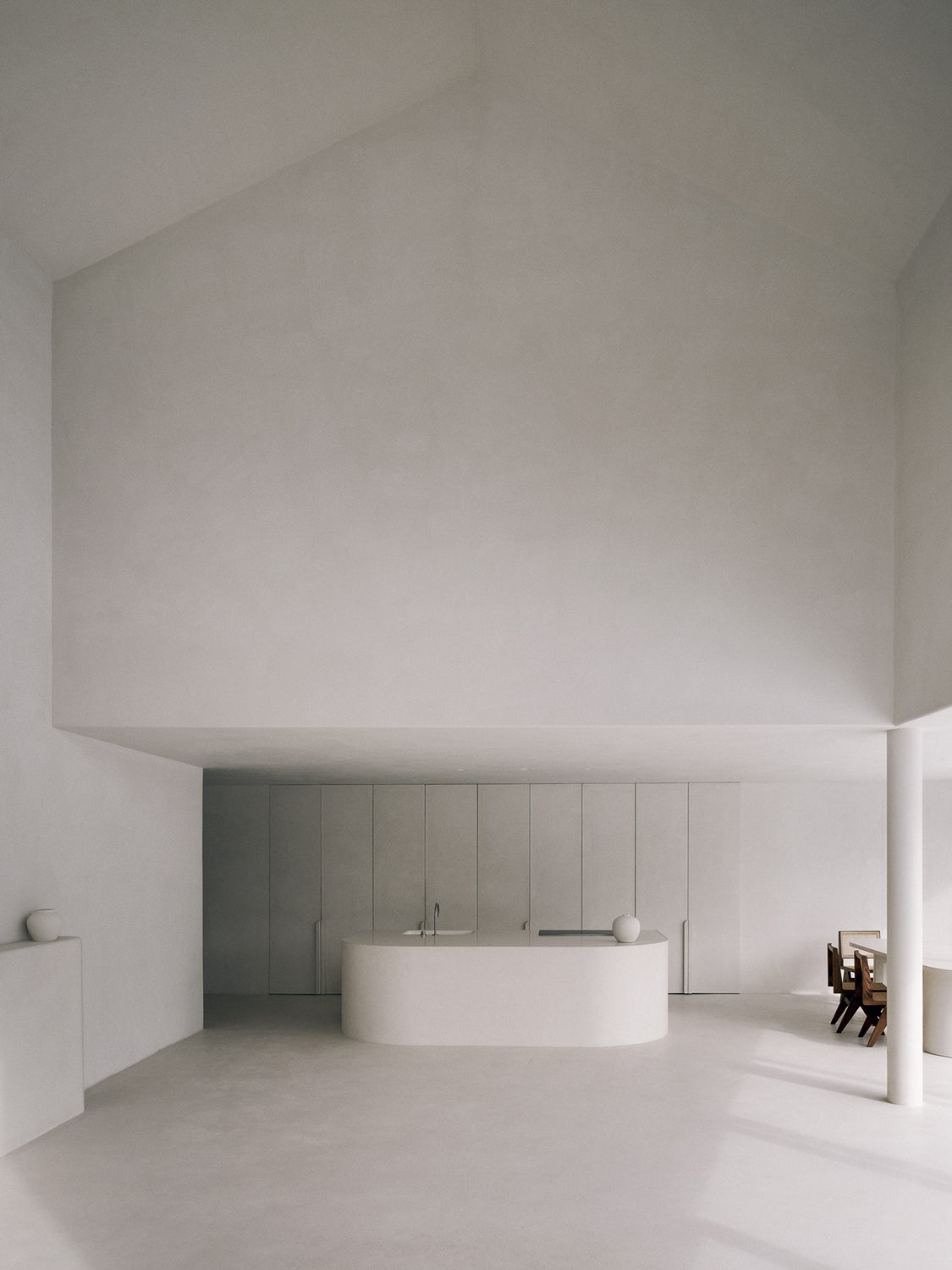 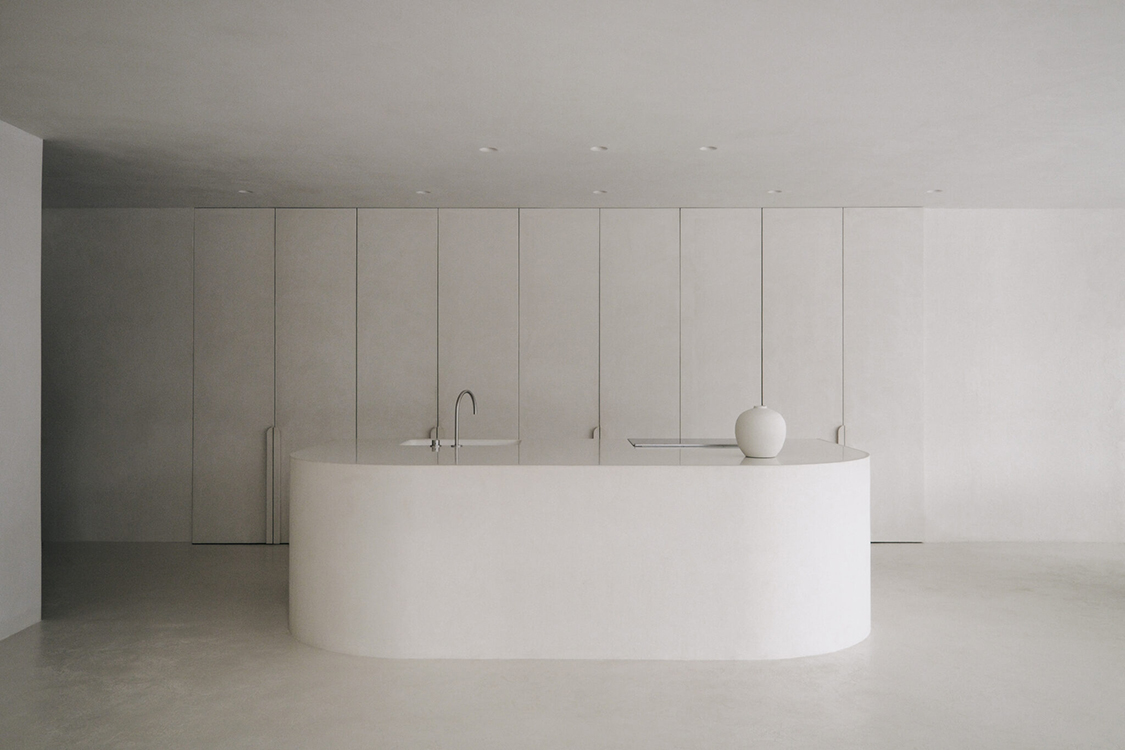 With Yann Deschesnes as project lead, Alain Carle Architecte set out to not only reconfigure the house to remedy these significant positioning problems but also to expand the house and provide a peaceful and tranquil home with a direct link to nature for the busy urban client family. 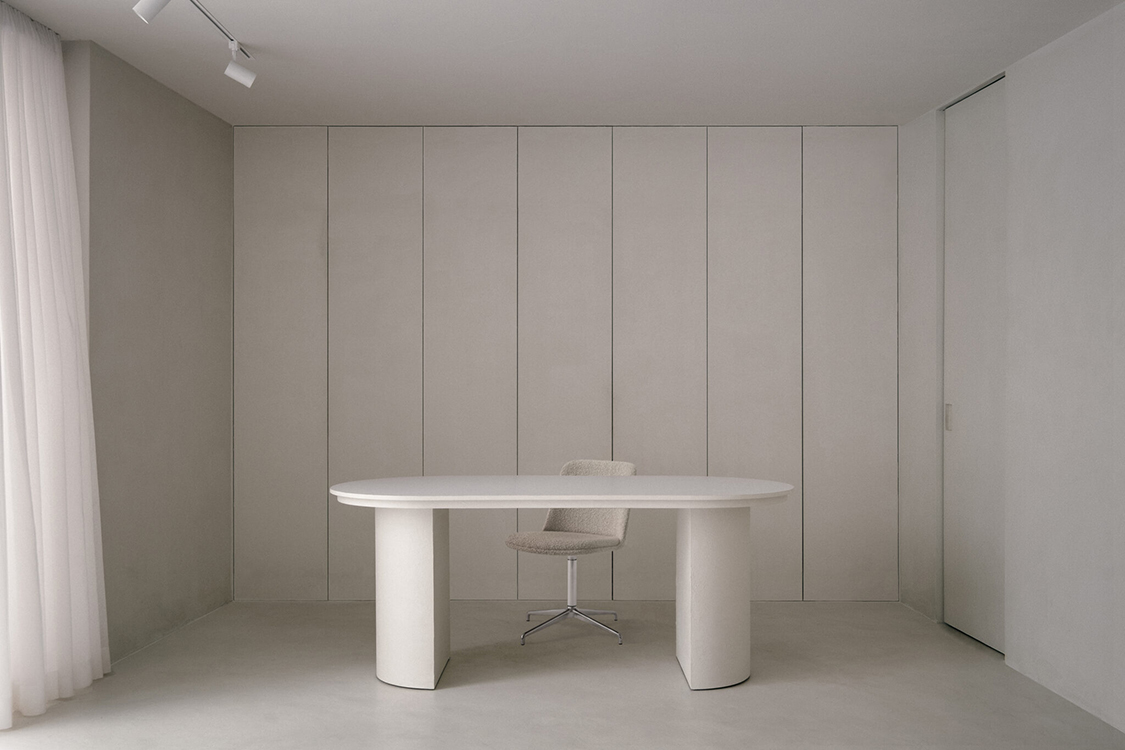 The new house is distinctly united with its surroundings and the site. In the new configuration, windows of varying sizes link the interior to the outside world while also giving the house a more open and “lived-in” appearance from the street. In their undressed austerity the windows are perfect in size and shape for the house both inside and out. At the same time, the new arrangement of rooms and windows has given the house a sense of isolation and singularity. It stands out but also apart. 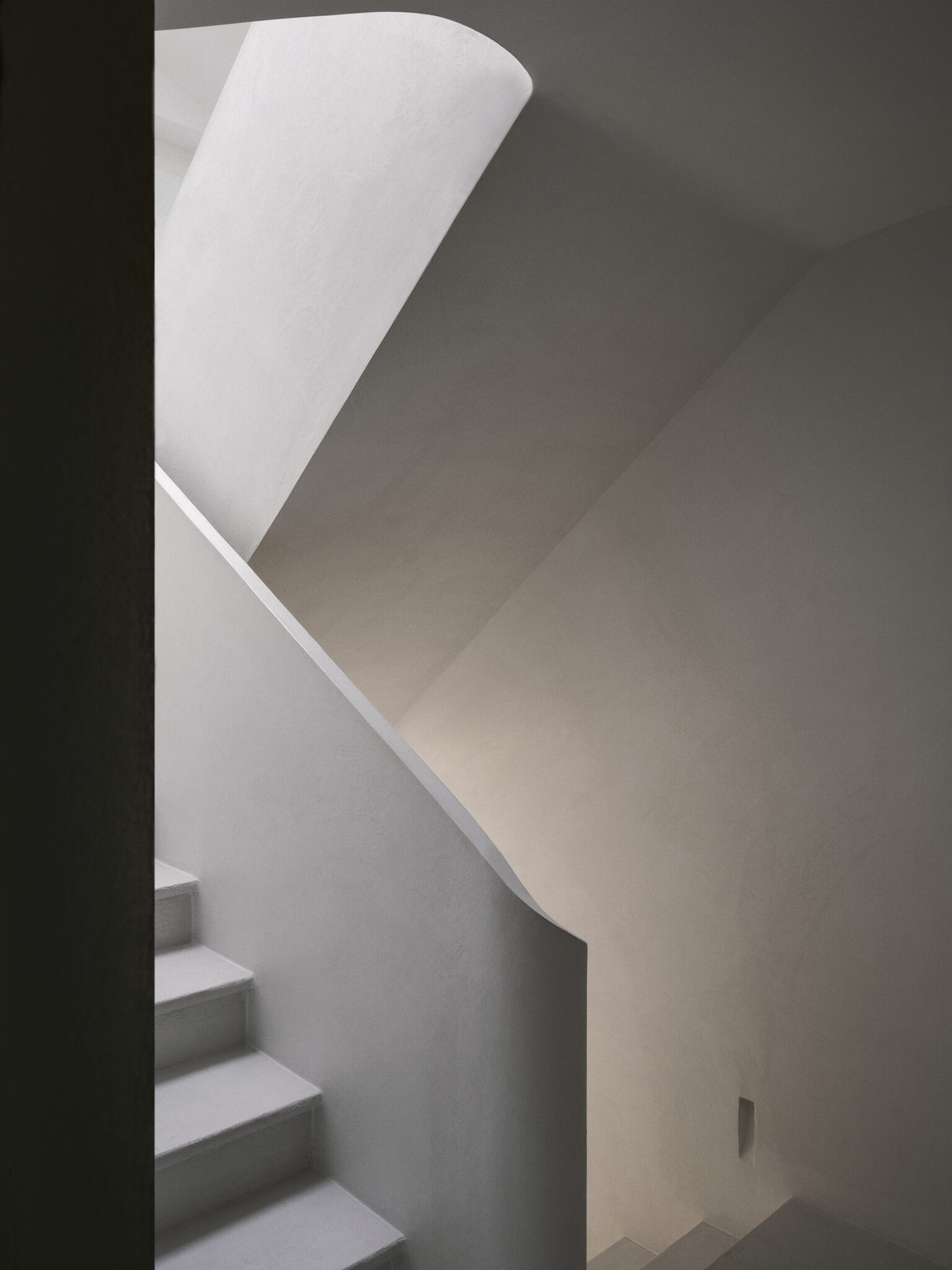 Both the interior and the exterior are completely white. Contrasting with the boxy exterior, the interior offers some surprises. Varying textures, shifting light and the curving shapes recurring throughout the house create surprising revelations that seem strangely familiar and appropriate. These features resemble snow blown into soft shapes and textures outside, and they take full advantage of the low sunlight in the late fall and winter. This is a home that responds to the seasons. In the wintertime, the house provides a sense of cozy safety as it sleeps and settles in the snow. But in the summertime, it will look completely different as the white structure shines boldly among the green nature. There is a lovely overall sense of unadorned Scandinavian minimalism and modernism which we, of course, cannot resist. This renovation gets our vote as a resounding success. Tuija Seipell 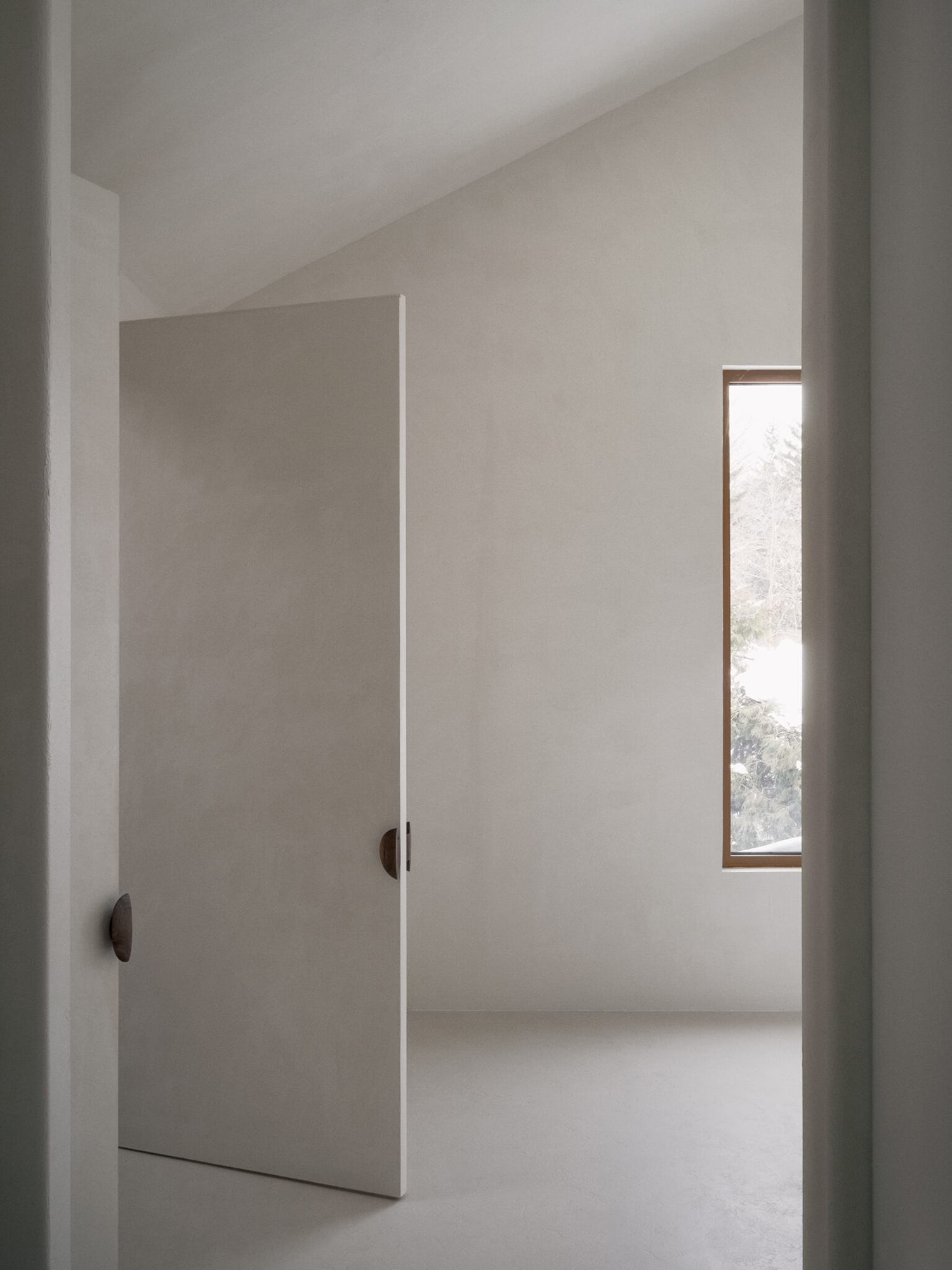 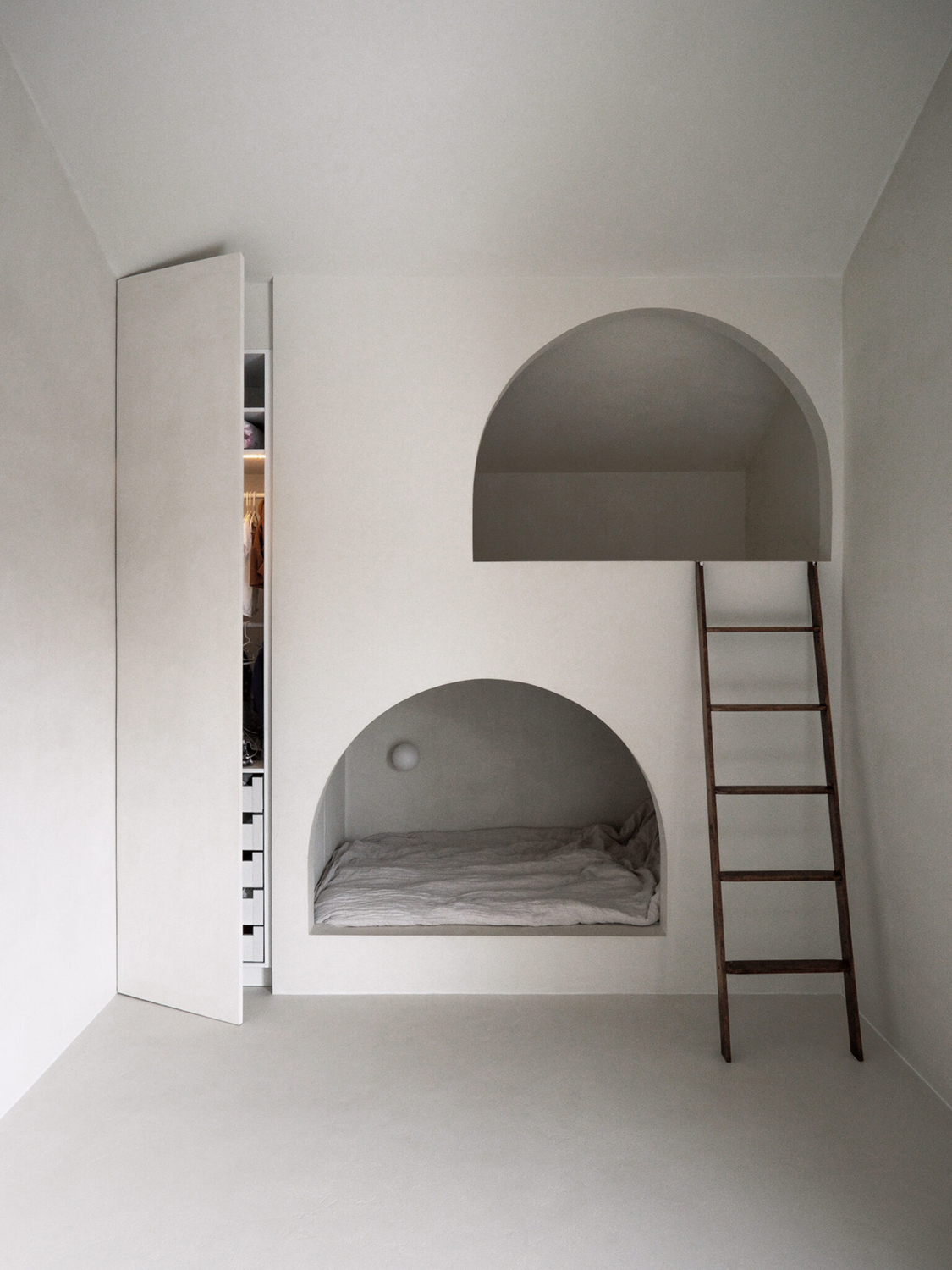 We have covered one other project of Alain Carle Architecte. Images Felix Michaud 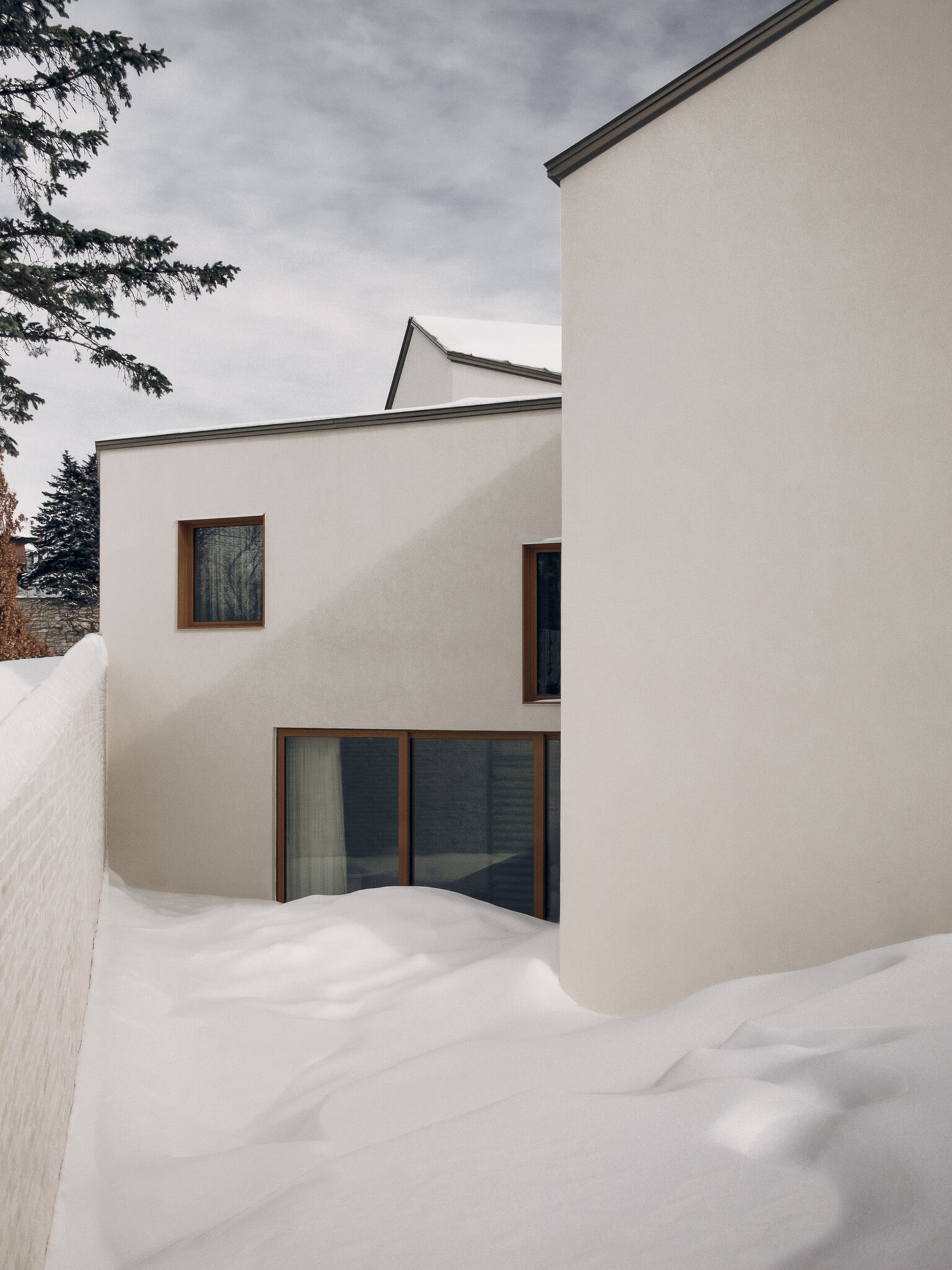 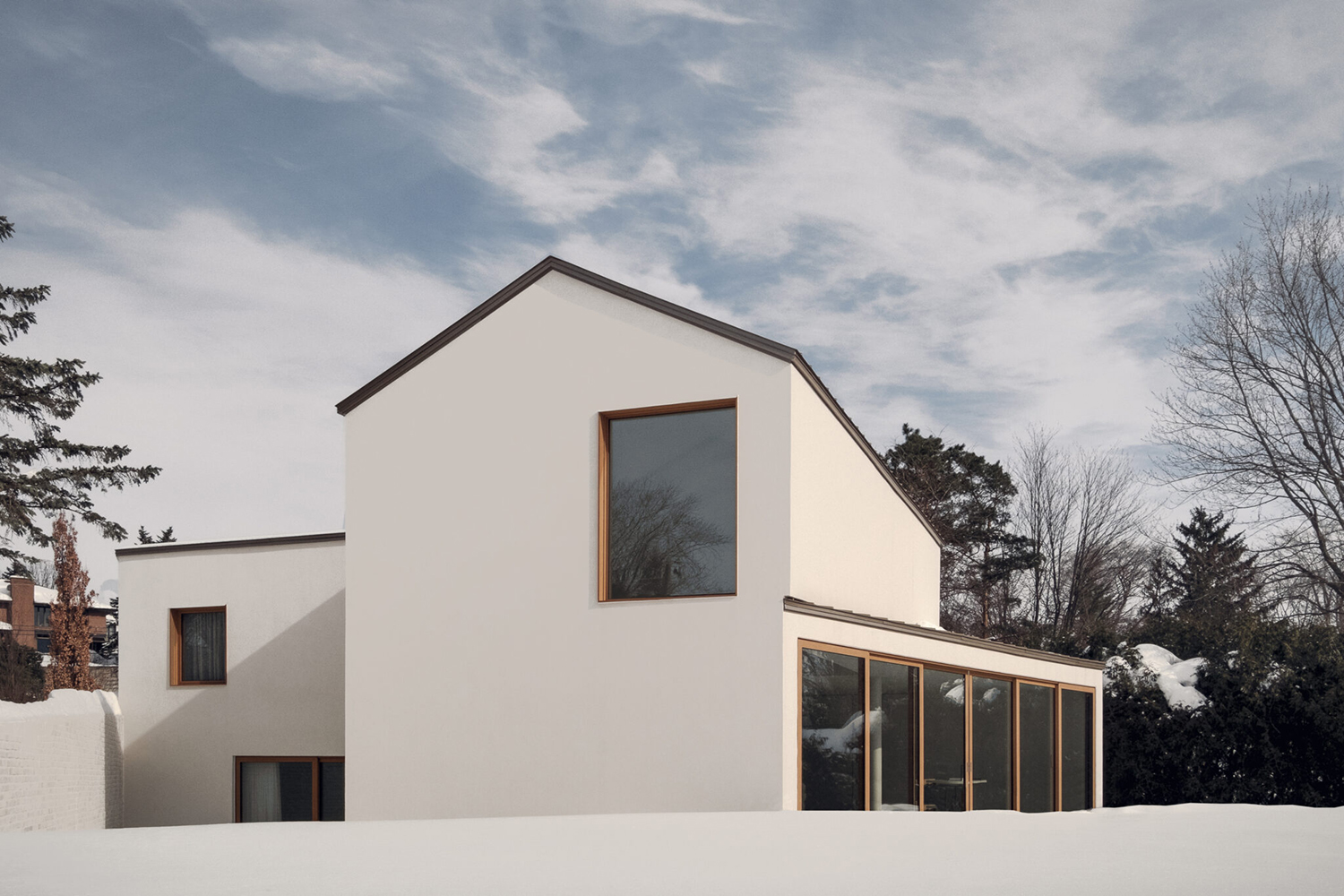