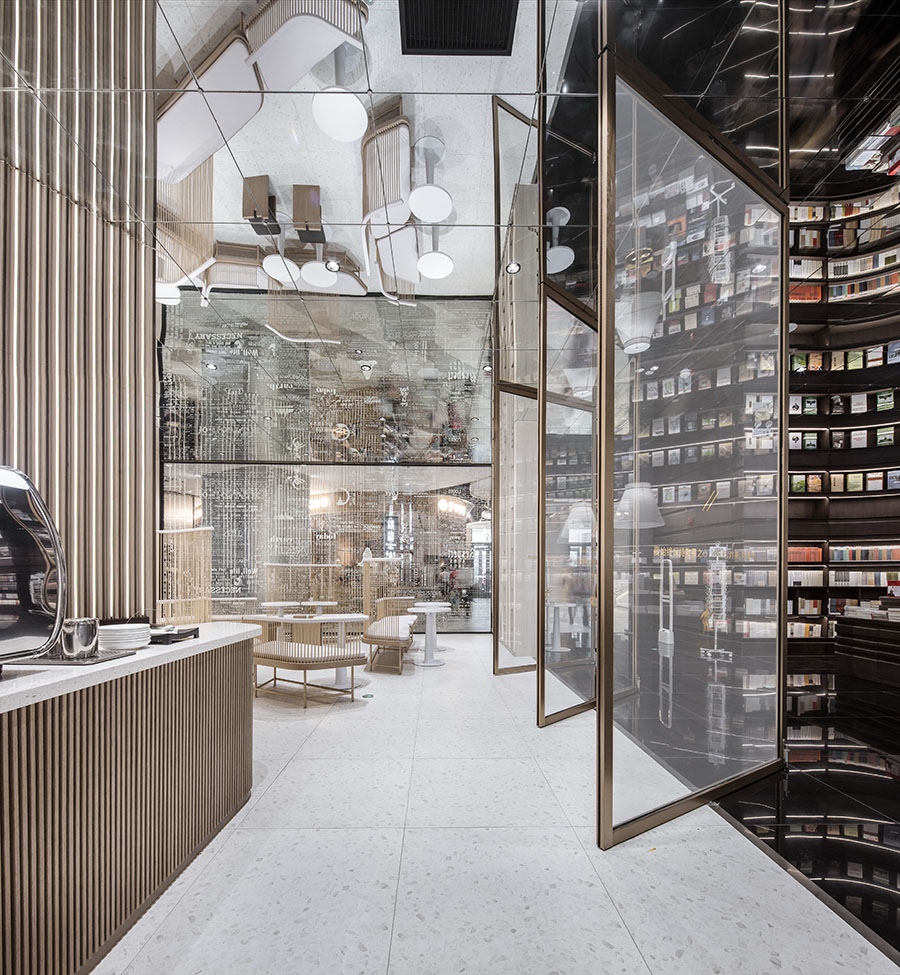 We have so far covered five massive Zhongshuge bookstores in China, all designed by Shanghai-based X+Living: Beijing, Chongqing, Guiyang, Chengdu and Shanghai. 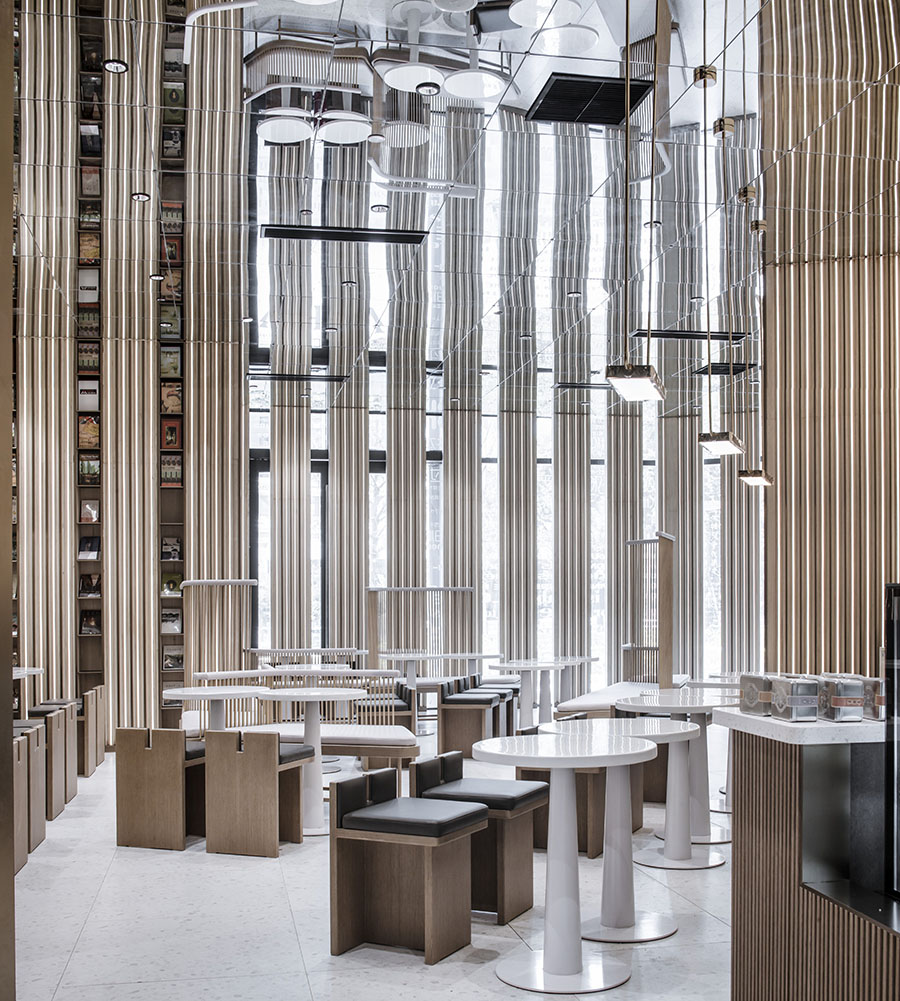 The most recent one in the lineup, opened in July, is located in the city of Ningbo. For all of its stores for Zhongsuge X+Living has drawn its inspiration from the culture, history and geography of each specific location. The goal is to create a local, indoor oasis that is a reflection of what is outside. 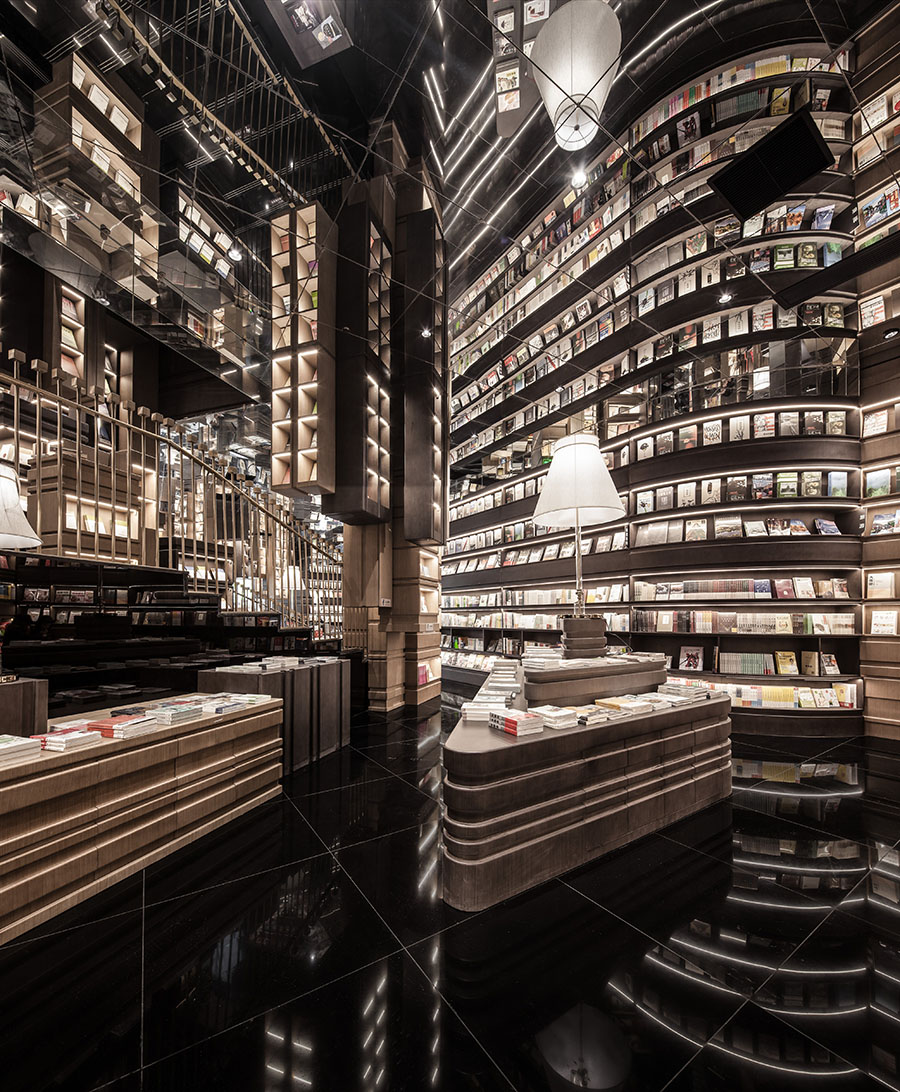 Ningbo is located in the Zhejiang province, a two-hour train ride south of Shanghai. It is one of the world’s busiest ports. The city is also known as a historic and cultural centre and as one of the oldest cities in China with history dating back more than 7000 years. It has a long literary history as well and boasts China’s oldest private library, the Tian Yi Ge, established in 1516. Ningbo has around 8 million residents. 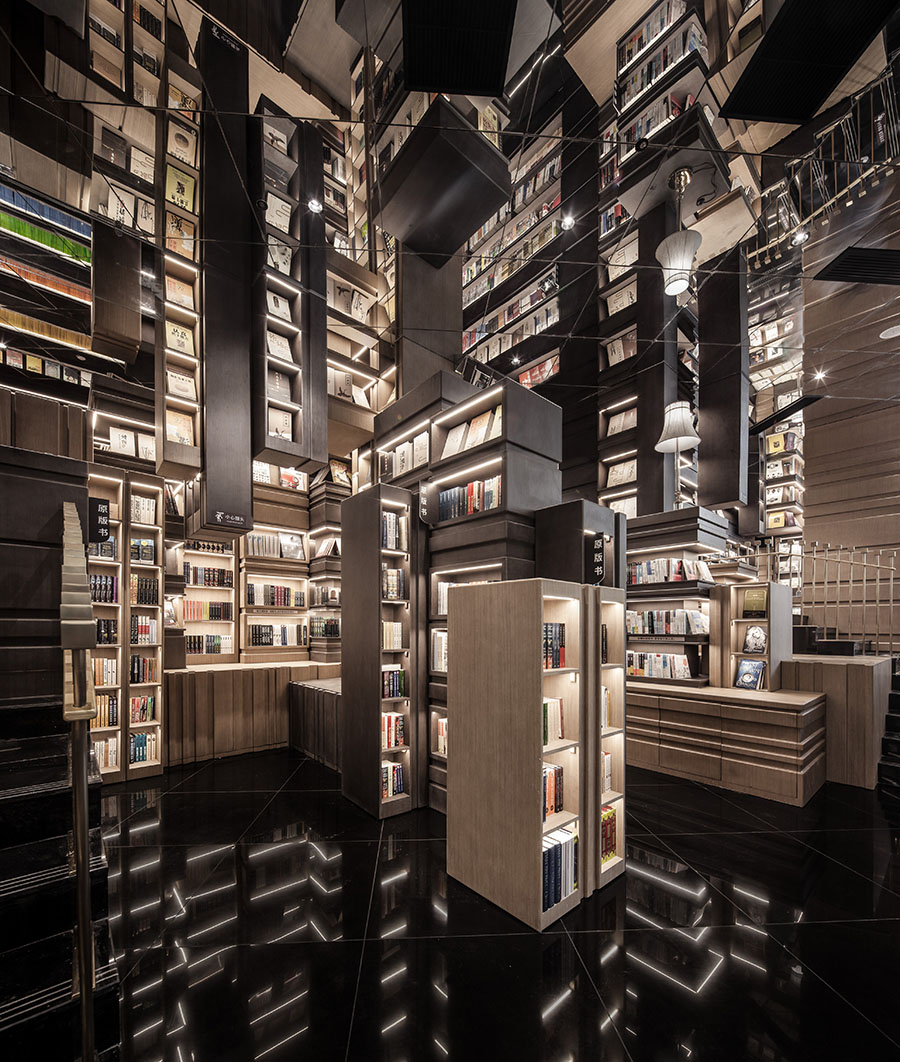 In its design concept for the Ningbo Zhongshuge bookstore, X+Living drew inspiration from the history of the city but also from its location between the ocean and the low mountains. Tall shelves of walnut and black walnut depict the rock walls carved by the constant flow of water. 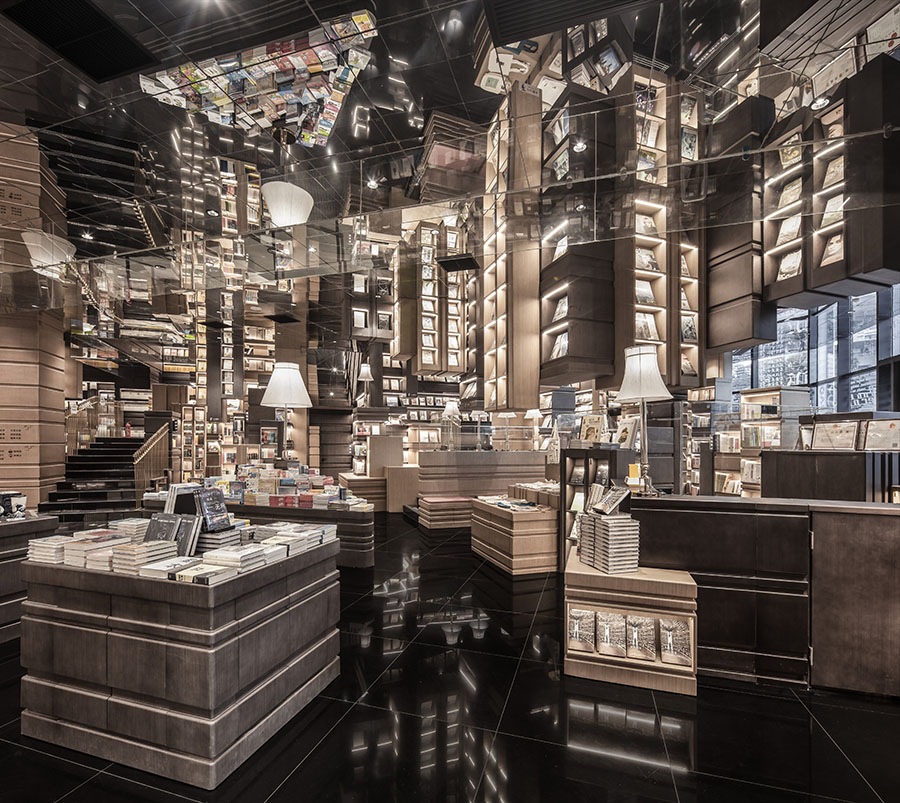 Earth tones of brown, beige and black dominate the main shelving areas while white and muted, soft cream tones surround the bookworms in the high-ceilinged, glass-walled café and seating area. A gently sloping set of light-wood boxes creates free-form seating and an amphitheater for small events. 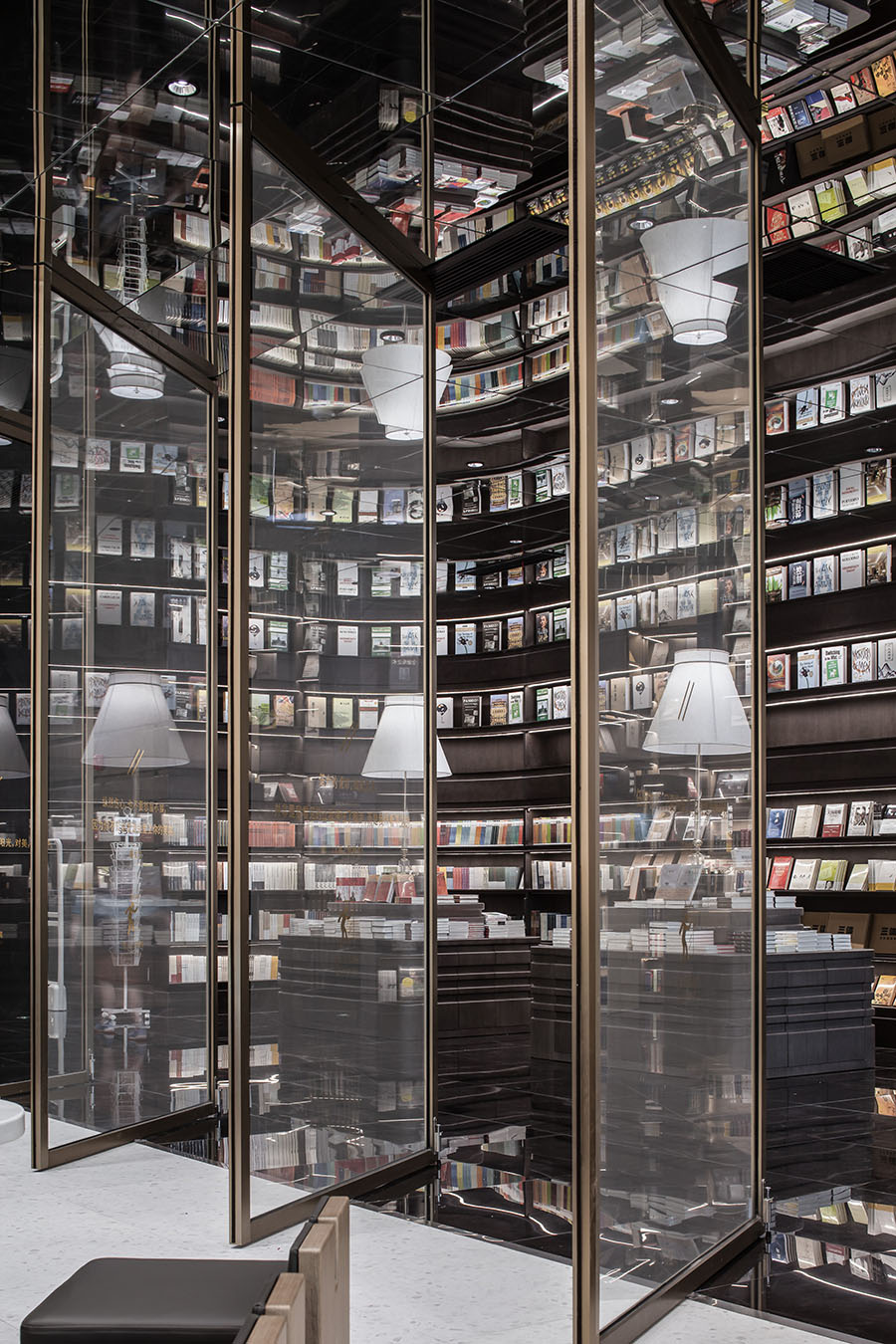 The store occupies the total of 1,230 square metres (13,240 sq.ft) and boasts some of the signature features seen in many of X+Living’s Zhongshuge stores, including super-high spaces with mirrored ceilings. 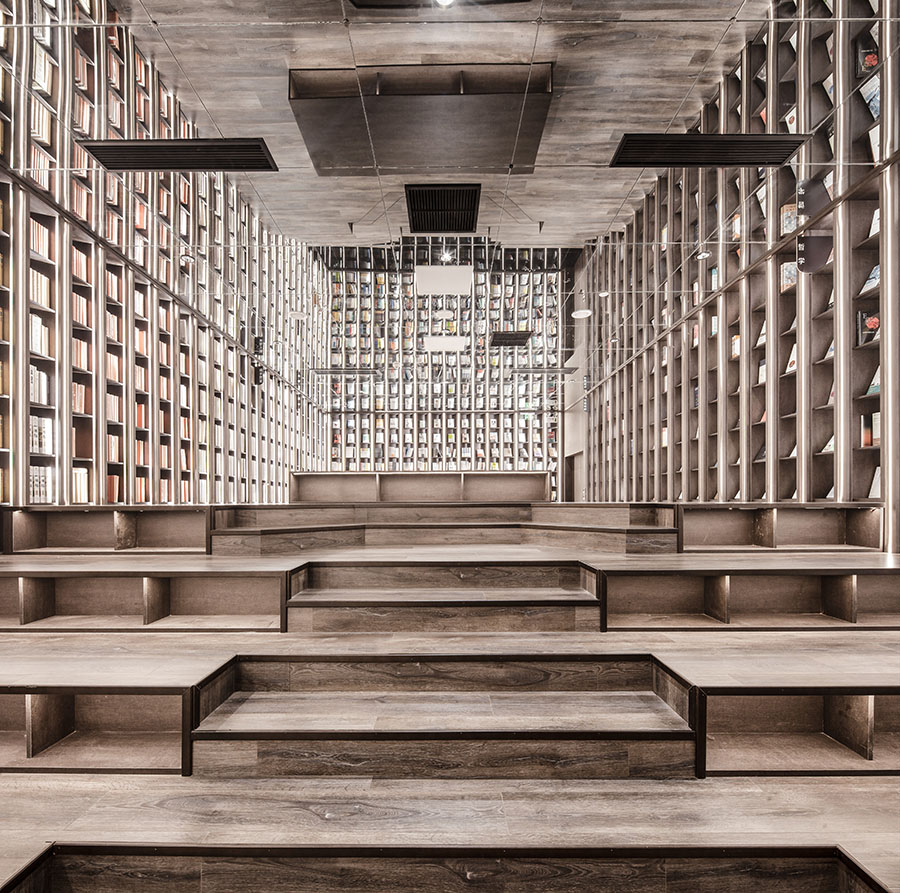 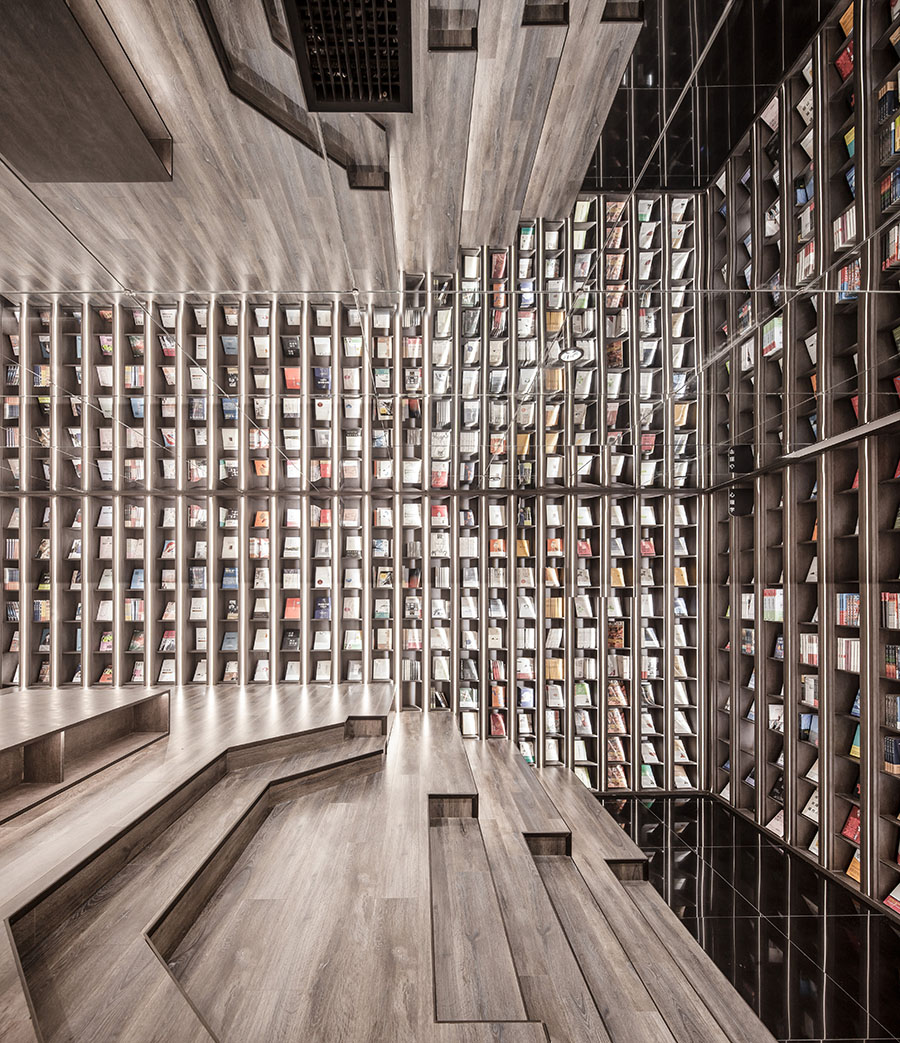 A sense of vertigo and confusion could result from all this, but the overall design concept in this store brings clarity in its minimal colour palette and its square, boxy forms and repeating vertical lines. 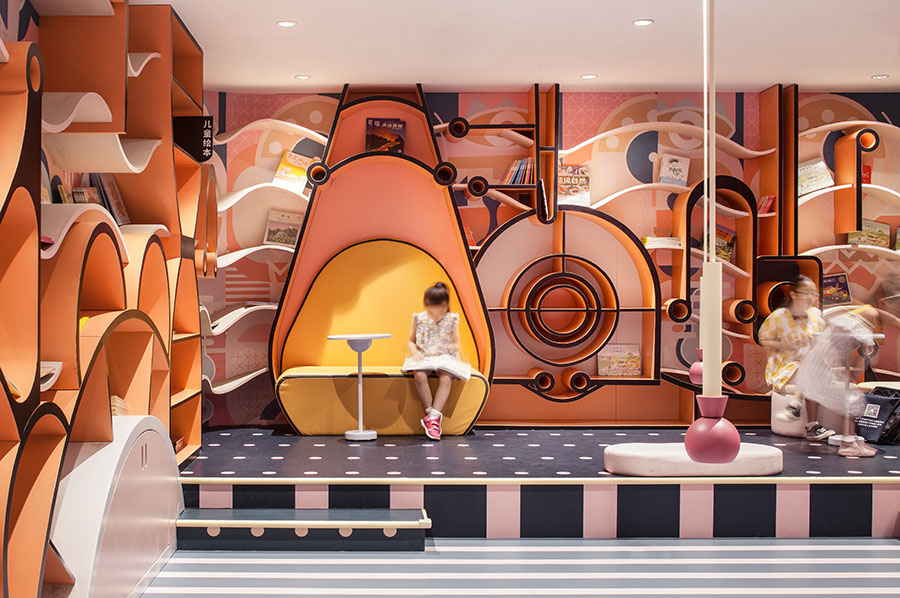 Next in line in the X+Living-Zhongshuge cooperation are stores opening in Guagzhou and Dujiangyan. Tuija Seipell. 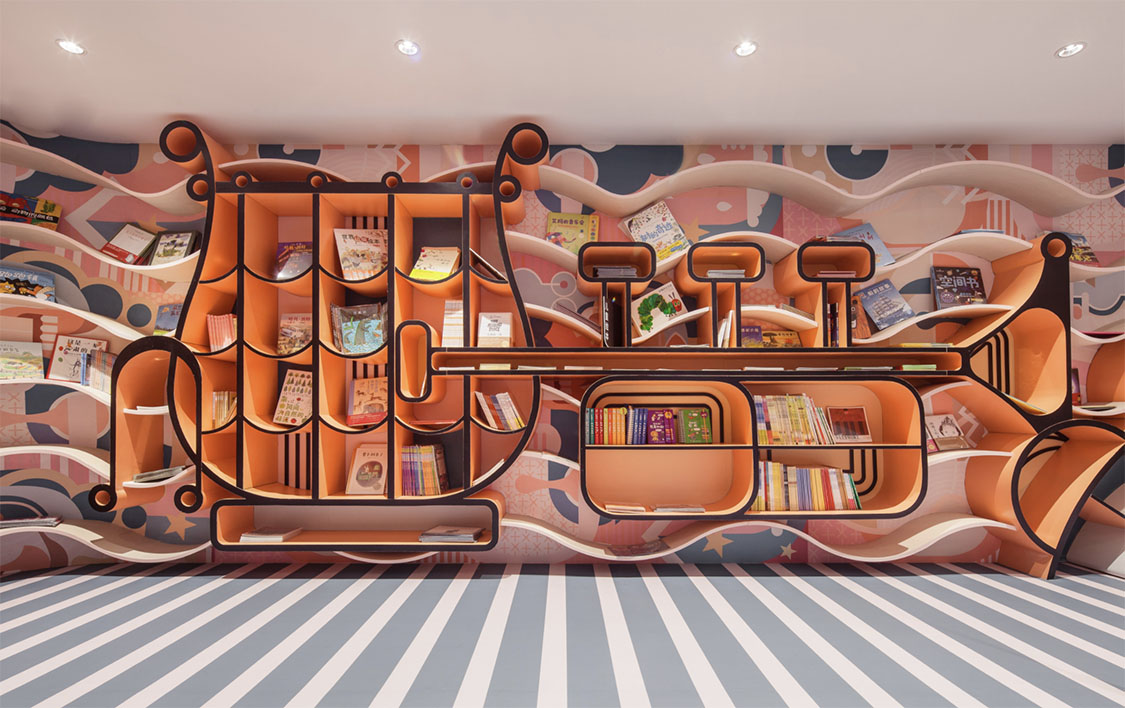 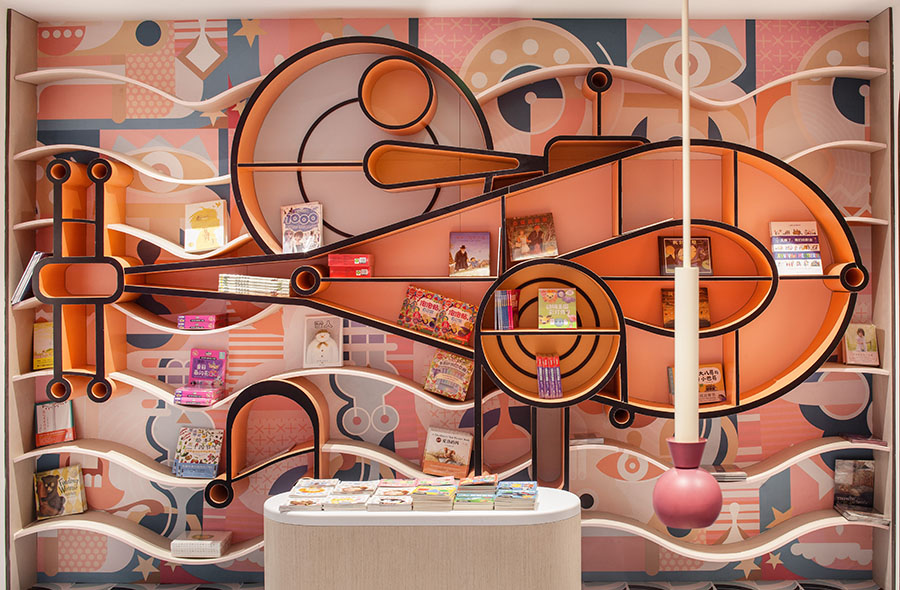