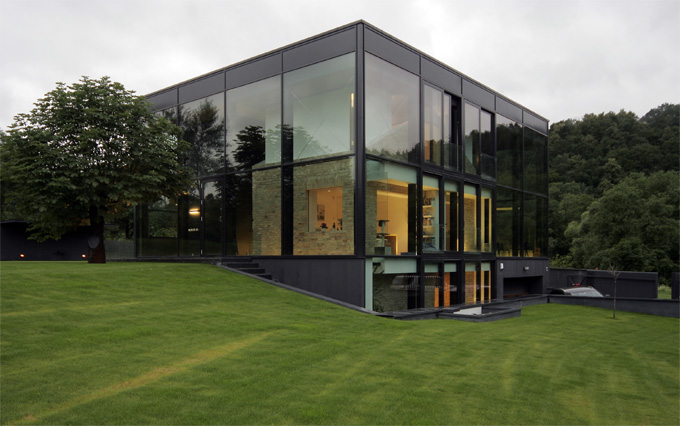 This residence in the Pavilniai Regional Park, near the Lithuanian capital of Vilnius, is one of those that we just have to point out, although it is neither brand-new nor unfamiliar to many readers.
The confident combination of history and modern needs of an upscale family was achieved by the architectural firm G. Natkevicius & Partners. 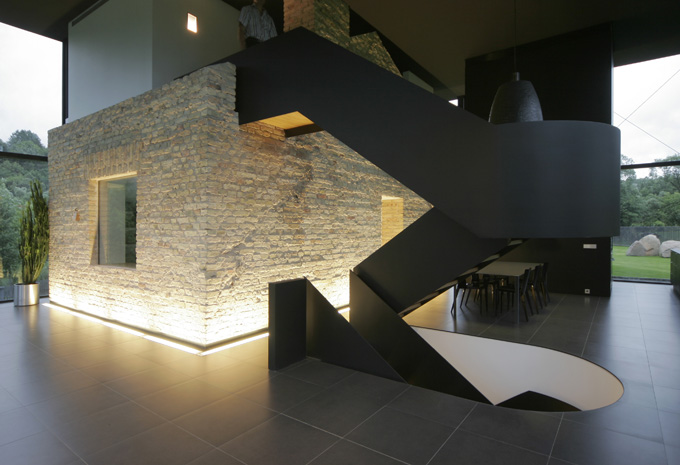 Located by in the valley of river Vilnia that gave the city its name, the park and the city have a rich history with the oldest written records dating back to 1323. The Puckoriu escarpment in the park has rare rock formations from the Ice Age. A large munitions factory on the site dates back to the 17th century. 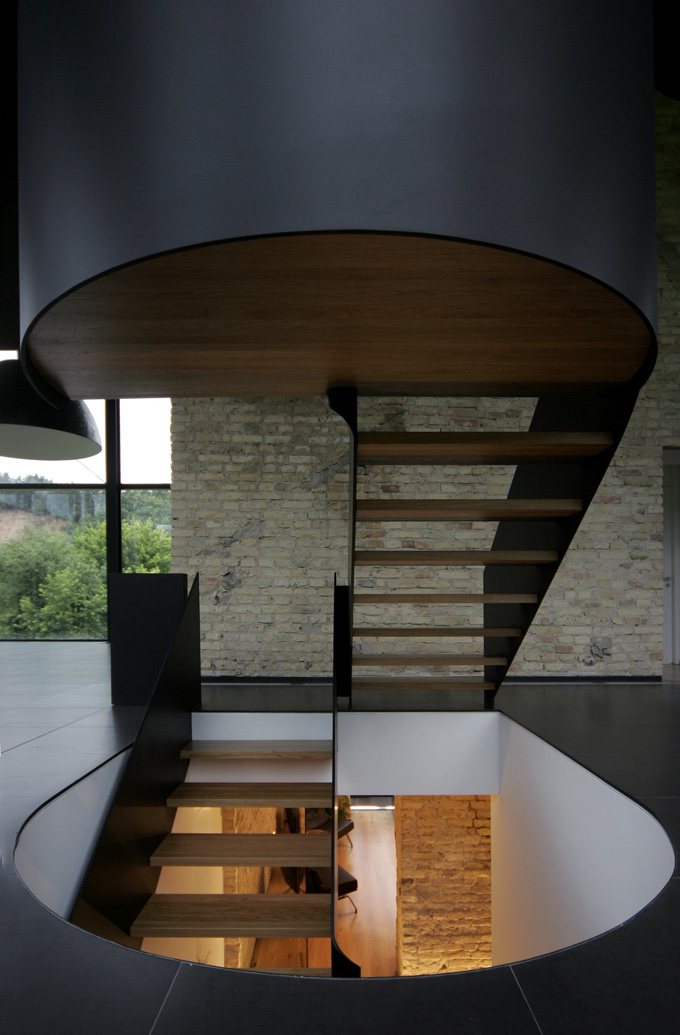 It seems that in Vilnius private residents can buy pieces of such storied land, and when the current owner of the site – a banker and collector of antique books – bought it, a single bright-yellow building stood on it. On further examination, the owners found out that the building was part of the cannon foundry and it was built of valuable, historic Vilnius-made bricks. 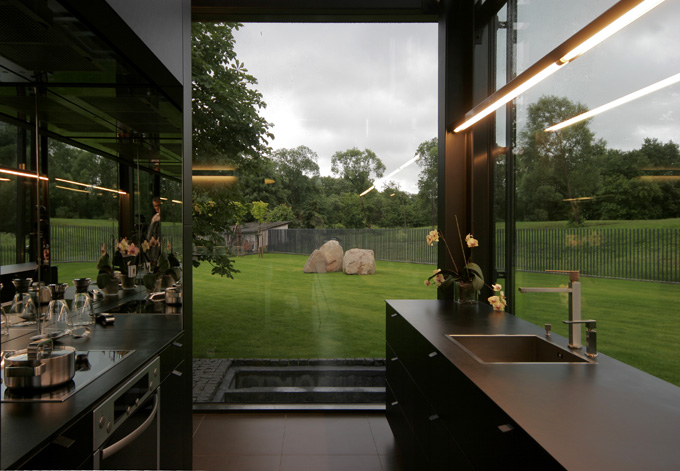 The yellow house itself was not as big as the four-member family wanted their home to be, so they decided to build their new home of glass and erect it around the historic brick house. The exposed brick adds a tactile sexy feel and softens the potentially cold atmosphere of the glass structure. A sensuous curved opening, cut for the staircase that is outside the brick house, adds another focal point that works beautifully with the square elements around it. 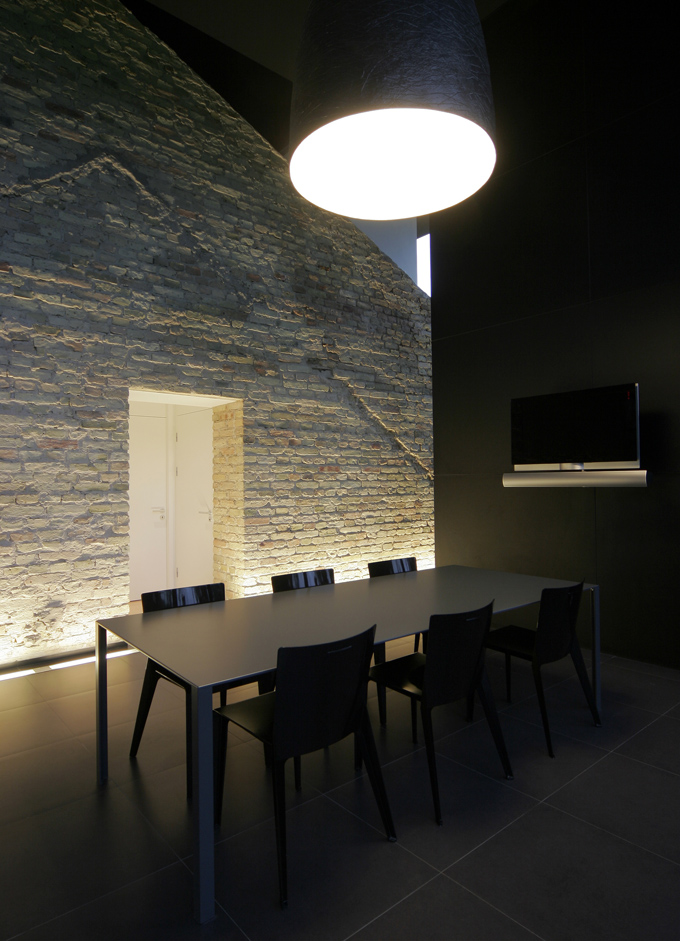 The owners’ antique library is now in the basement of the old brick house, the kids’ rooms are on the ground floor, the master bedroom on the top floor. The other functions – living, dining, cooking, baths, garages – are all within the new glass structure. As a stunning bonus to the historically sensitive solution, the residents enjoy an amazing 360-degree view of the park. Sigh. – Tuija Seipell