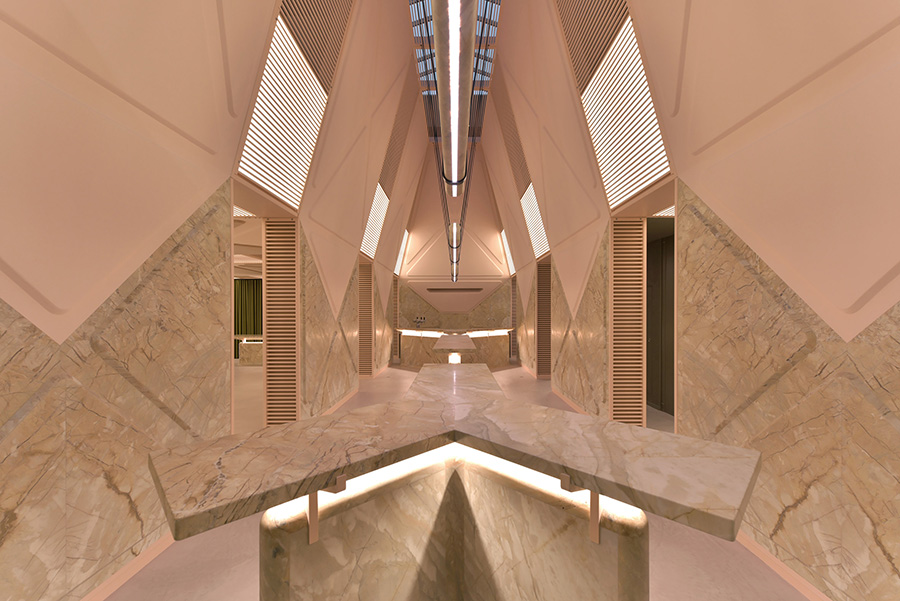 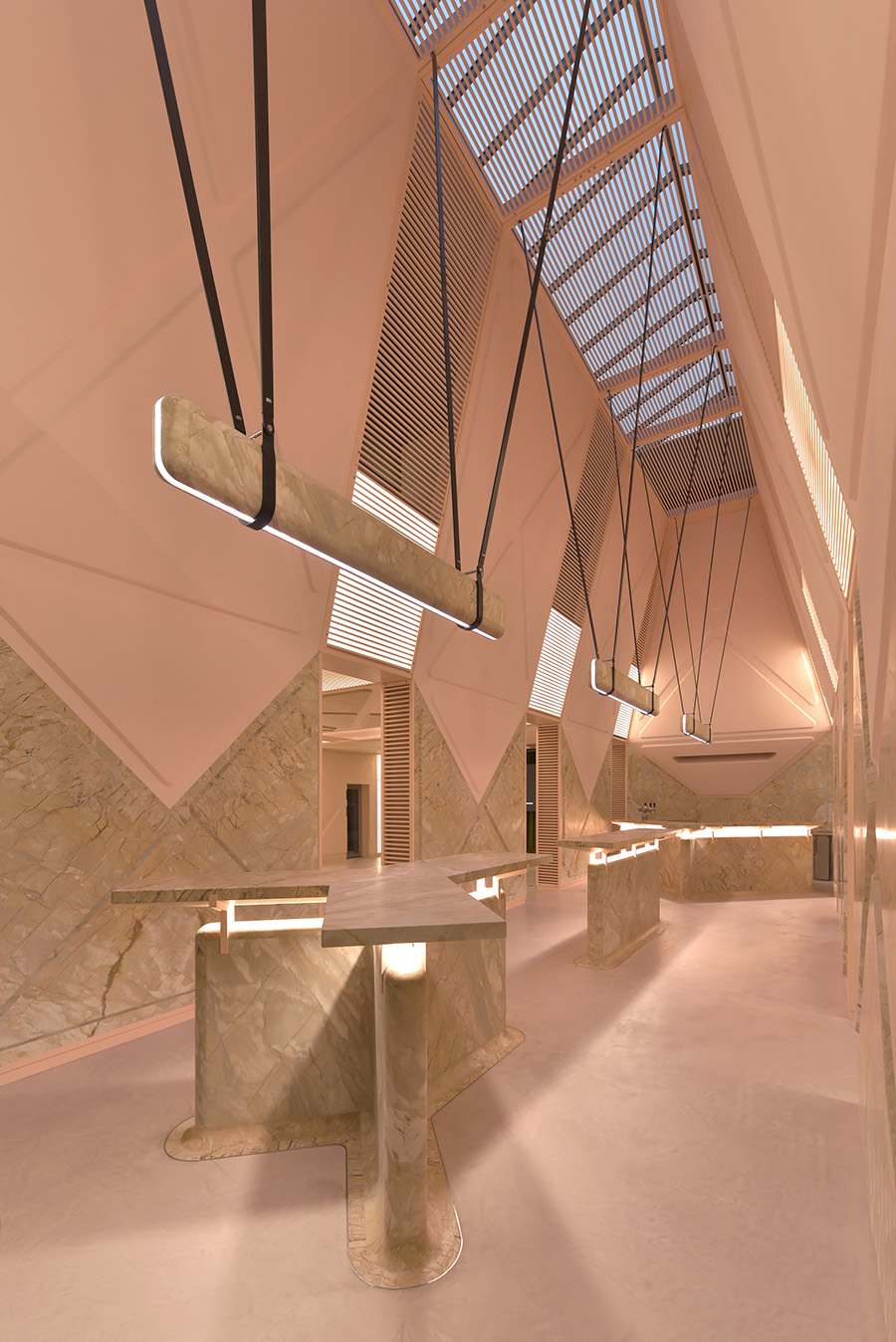 The pink colour, an open plan, geometric wall patterns, exposed pipes and pink marble are prominent in the high-ceilinged central hall with the bar at the end. A cocktail room with a movie screen carries the same elements. 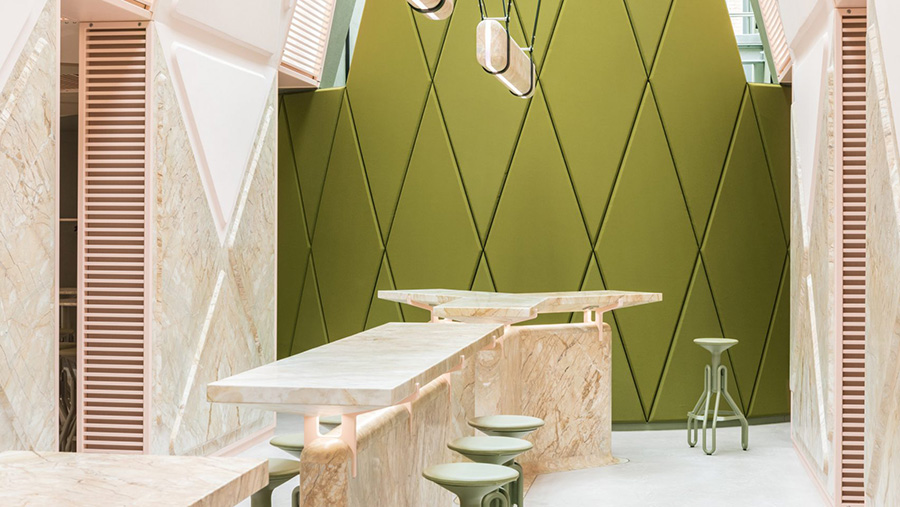 Olive green colour accents break up the powder-pink scheme. The olive colour is seen in the heavy drapes, on a patterned wall, and in the Faustino-designed Delete Yourself chairs. 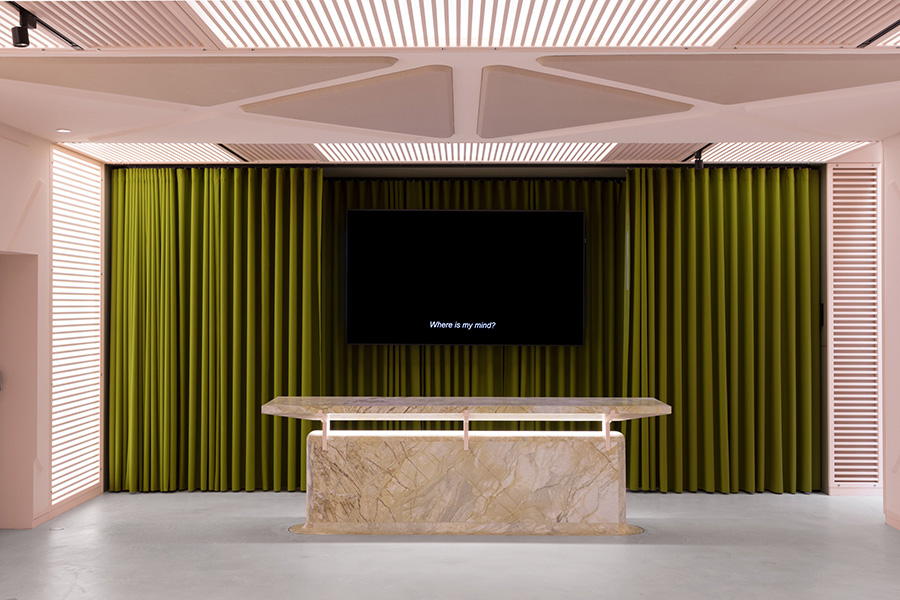 The 360 square-metre (3.875 sq. ft) XYZ Lounge is part of the Zeebrastraat site overseen by the Liedts-Meesen foundation. Located near the city’s old zoo site, Zeebrastraat became prominent in the early 1900s, when the then city architect Charles Van Rysselberghe was asked to build modern housing for the city’s working class. His design for the site became known as the Circus for its oval plaza. 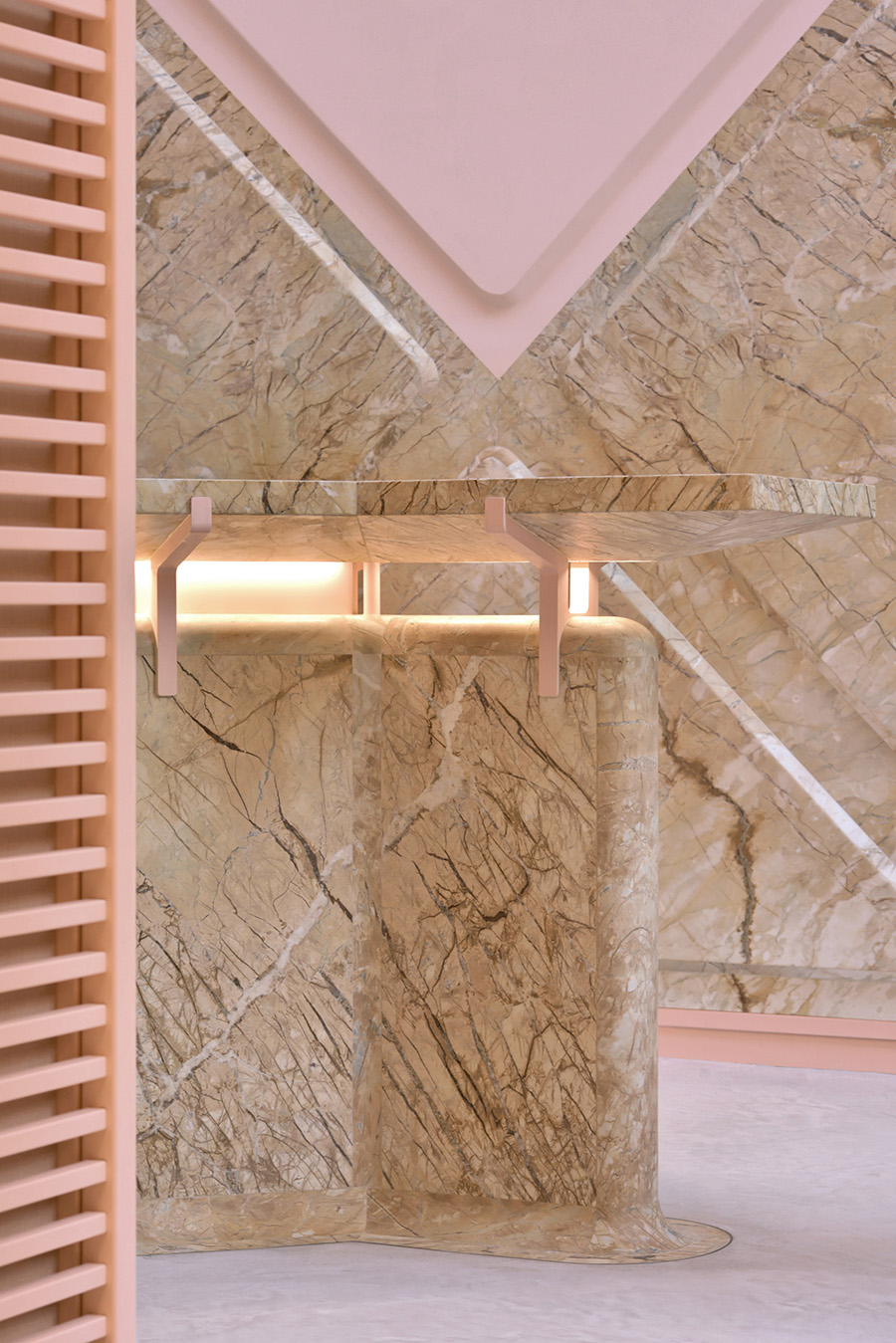 Since those times, the complex has been thoroughly renovated and it now provides rental housing, function rooms for seminars, exhibitions and art and cultural events. – Tuija Seipell. 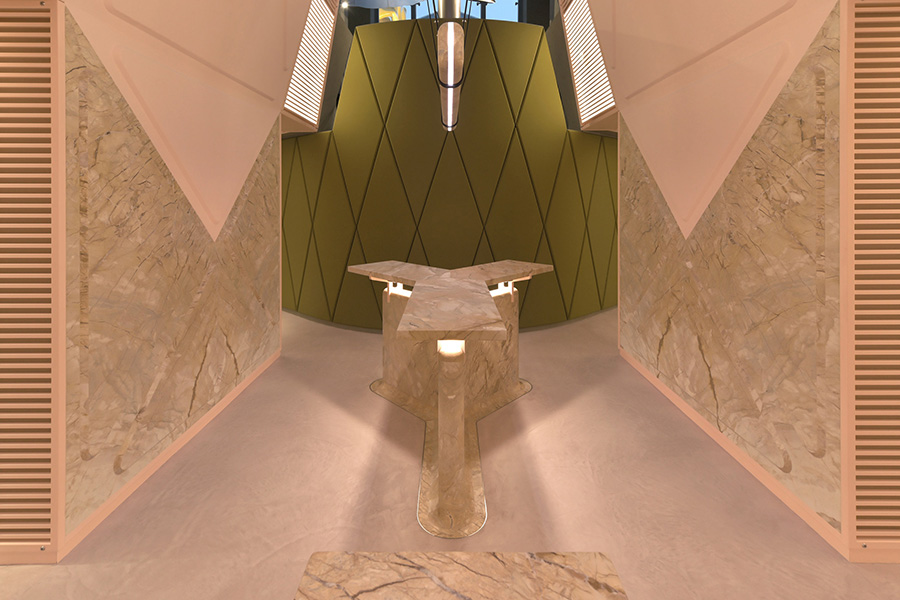