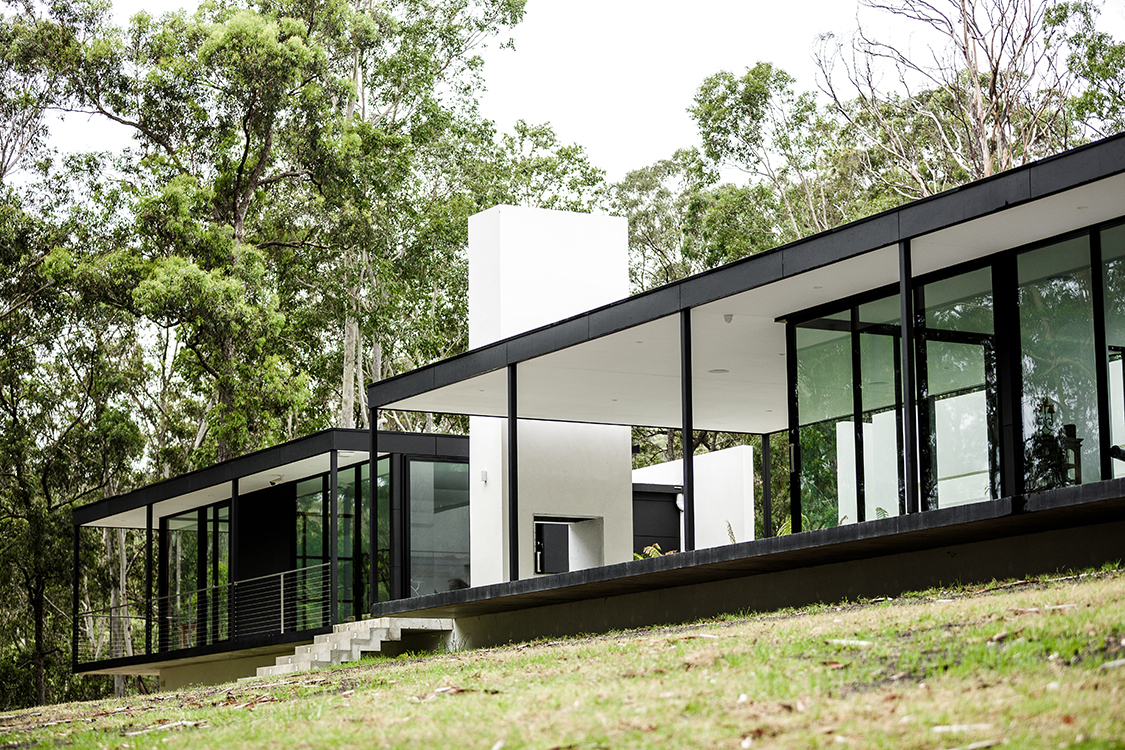 Situated at a dramatic upstream bend of the Clyde River that flows down another 10 km into the Tasman Sea on the south coast of Australia’s New South Wales, the Windywoppa retreat was designed by Collins Pennington Architects. 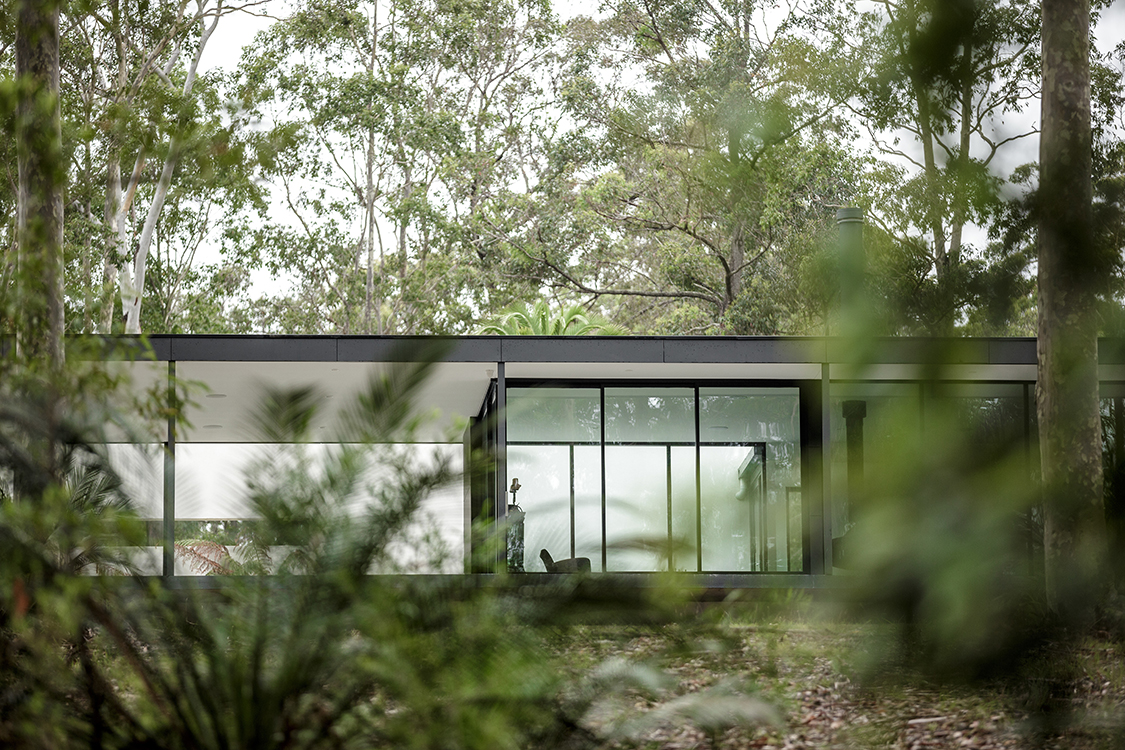 The home sits deep within the Ben Boyd National Park near the Nelligen village, just 285 km (177 mi) south of Sydney, which has made it a handy and beloved home-away- from-home for the owner couple. They bought the land in 2007, but then spent a decade waiting, dreaming and planning their dream house. 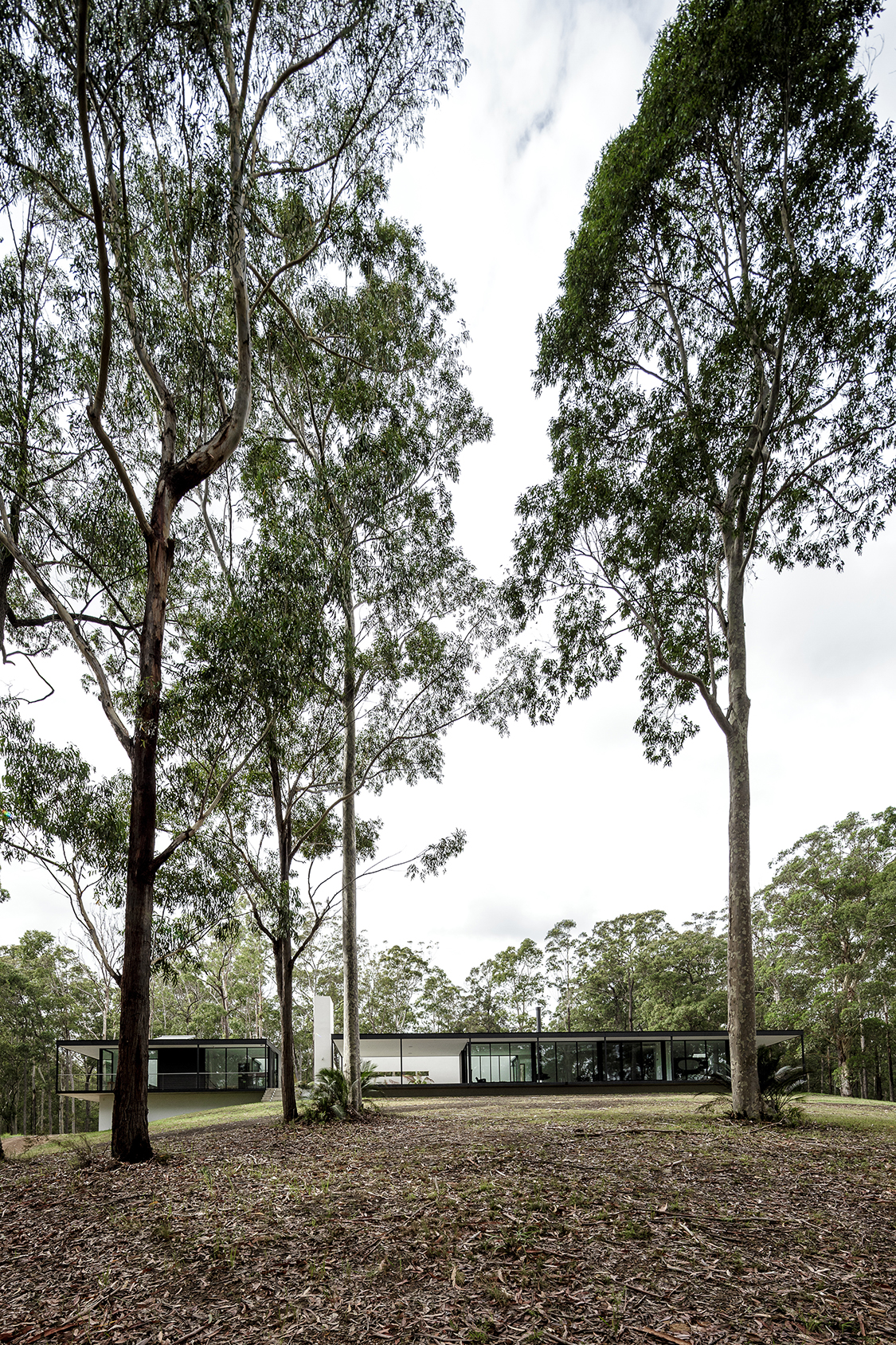 There were many regulatory obstacles to building on this site within the national park including those pertaining to possible bushfires. The basic plan of the house consists of two low, one-room-deep white pavilions, set among the grey trunks of spotted gum trees that reach the height of 20 to 30 metres. 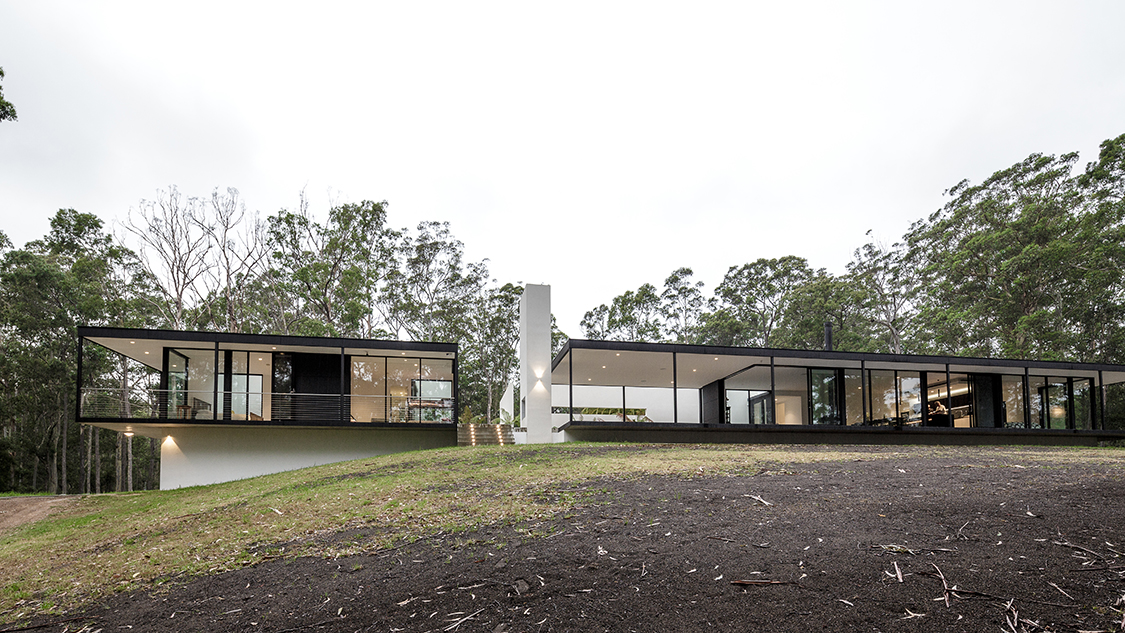 From the land side the house looks monastic, an almost-solid white wall in a clearing. Full-height windows on the other side allow the nature around to become the main visual feature when viewed from within. A tall fireplace is the centerpiece of the outdoor living space while the separate pavilions allow privacy when the owners have overnight guests. 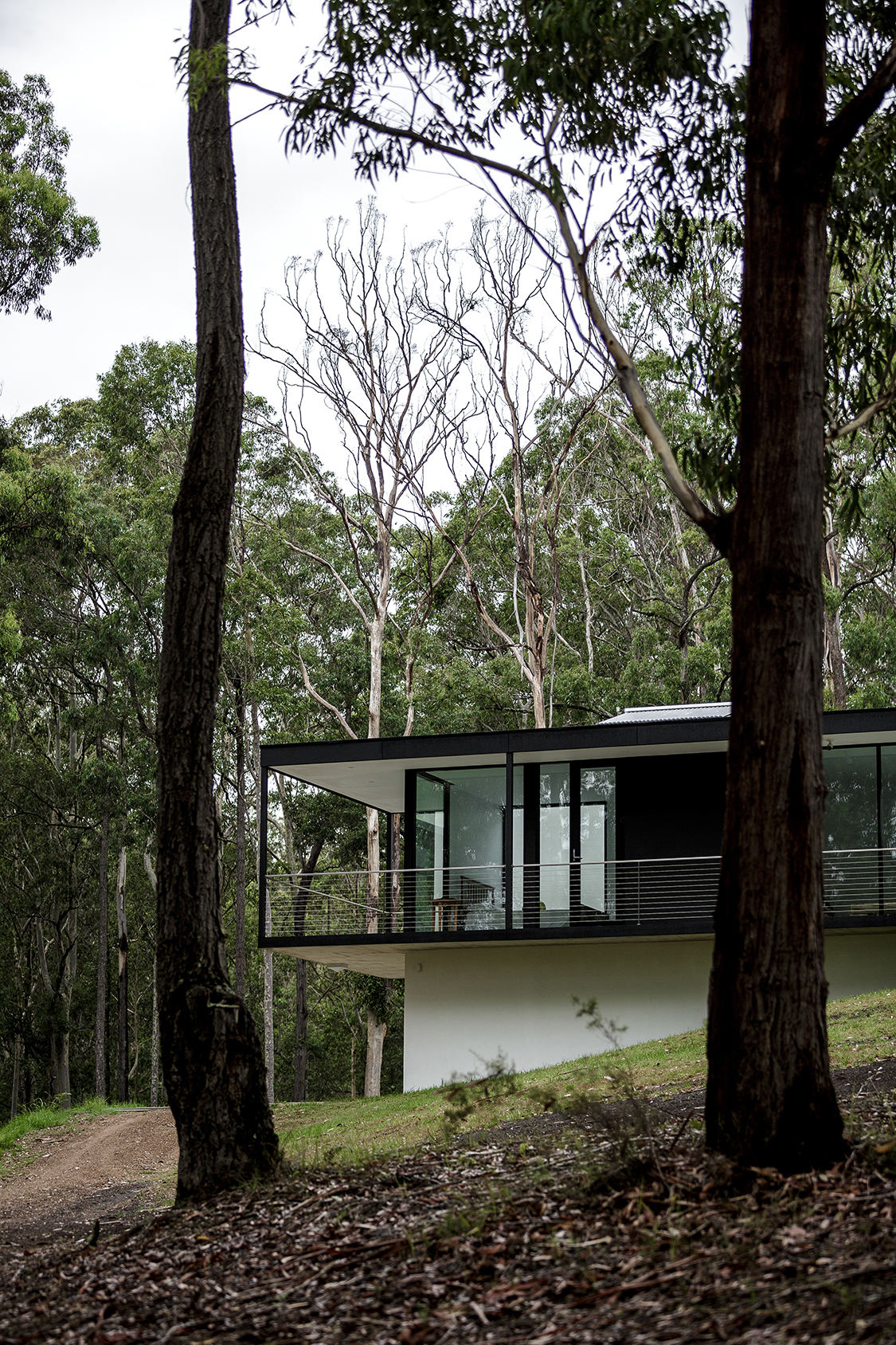 Then, only three years after the retreat was completed, the massive Currowan fire devastated the area. The fire lasted 74 days (from December  2019 to February 2020)  destroying more than 300 homes, damaging another 170, and scorching about half a million hectares of land and forest. 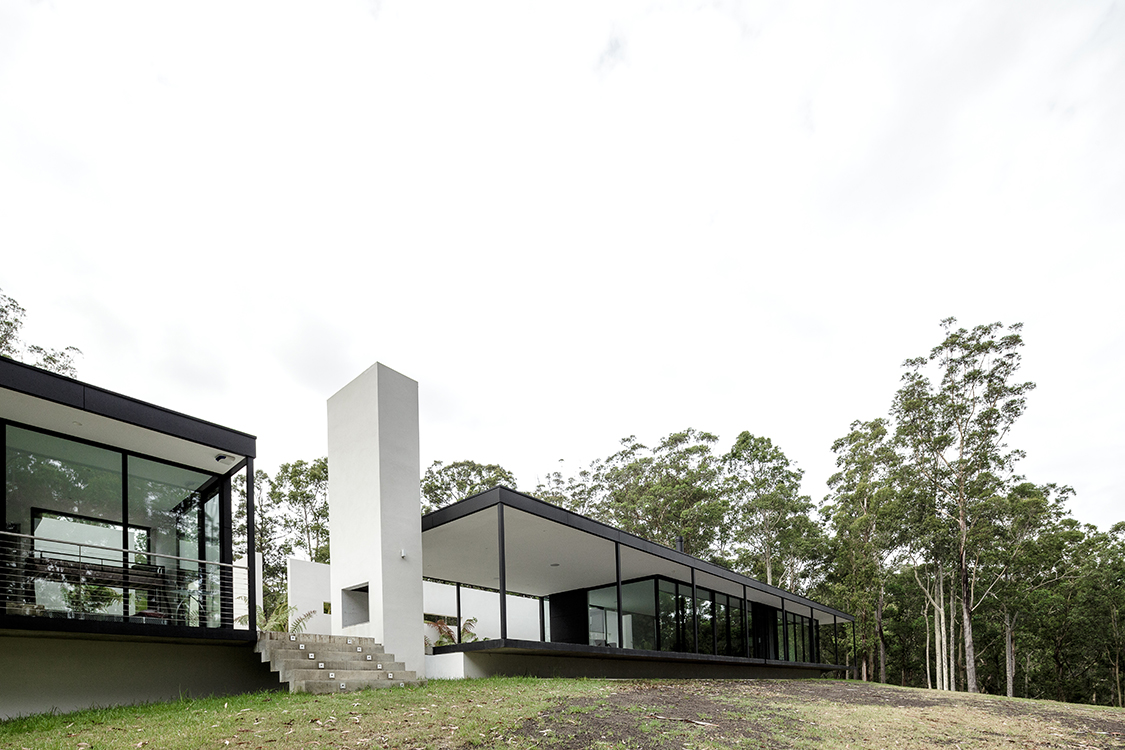 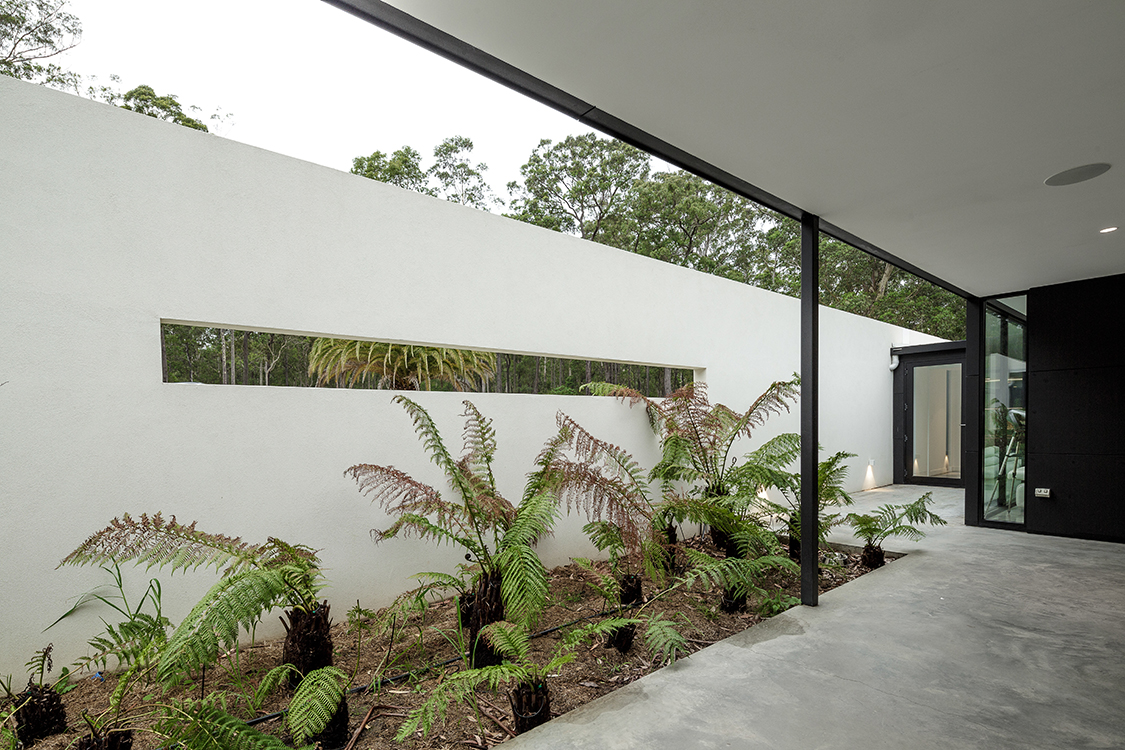 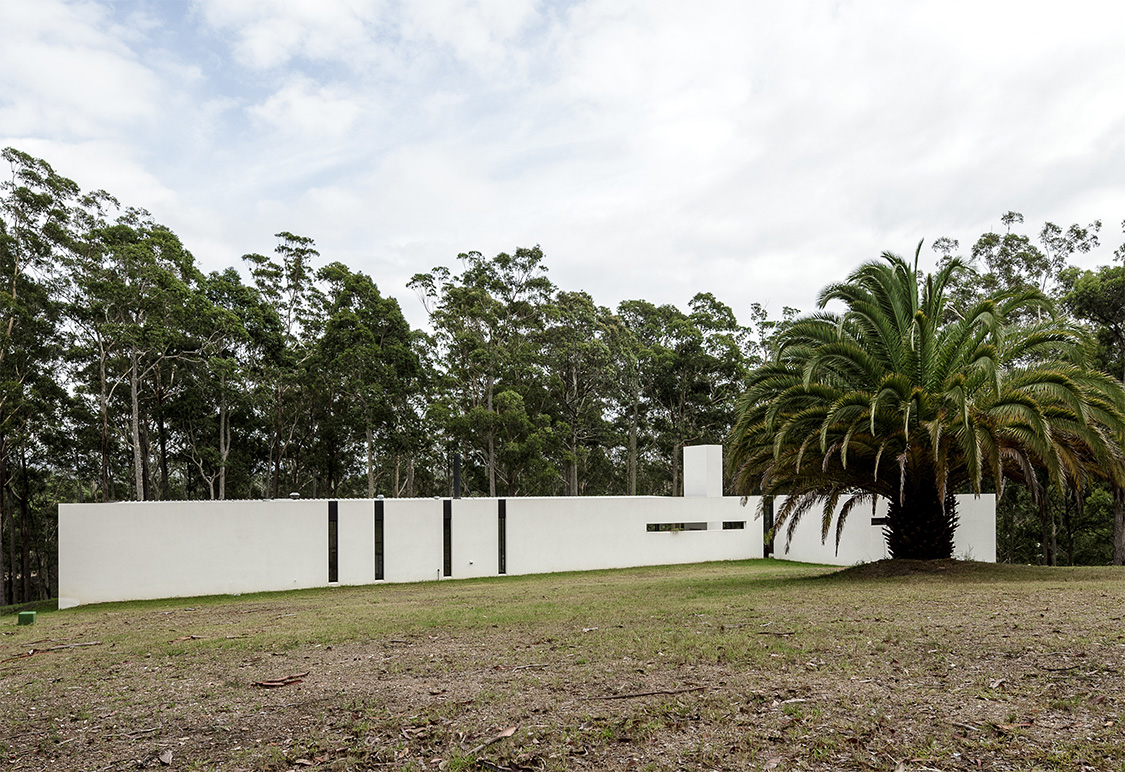 The owners and architects of the Windywoppa house had planned for a possible wildfire event but the Currowan fire was violent, dangerous and in an unprecedented scale. The couple evacuated the site when the fire began to threaten their home but when they returned several weeks later, they found that in a rather miraculous case of extreme good luck, their retreat survived almost intact. 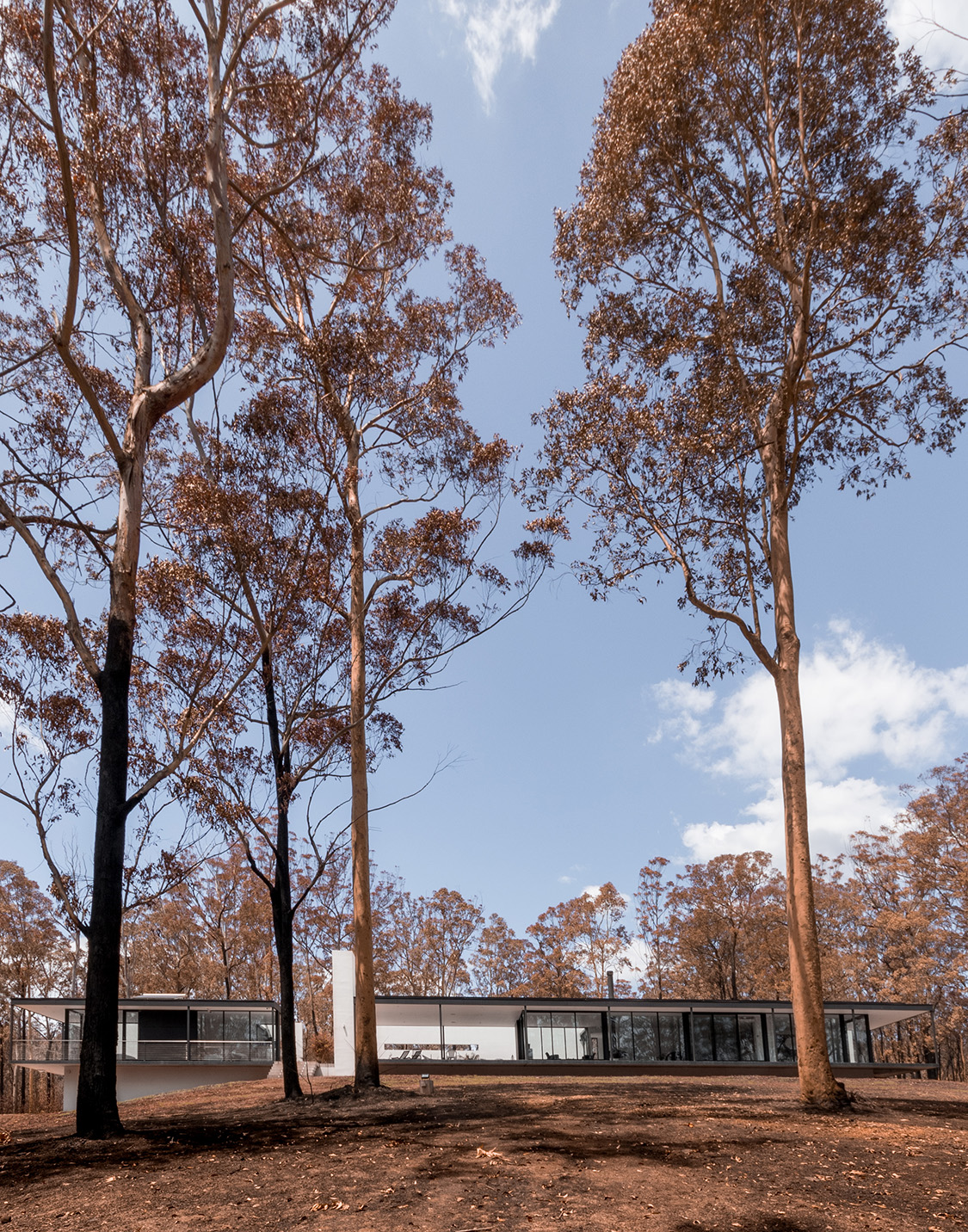 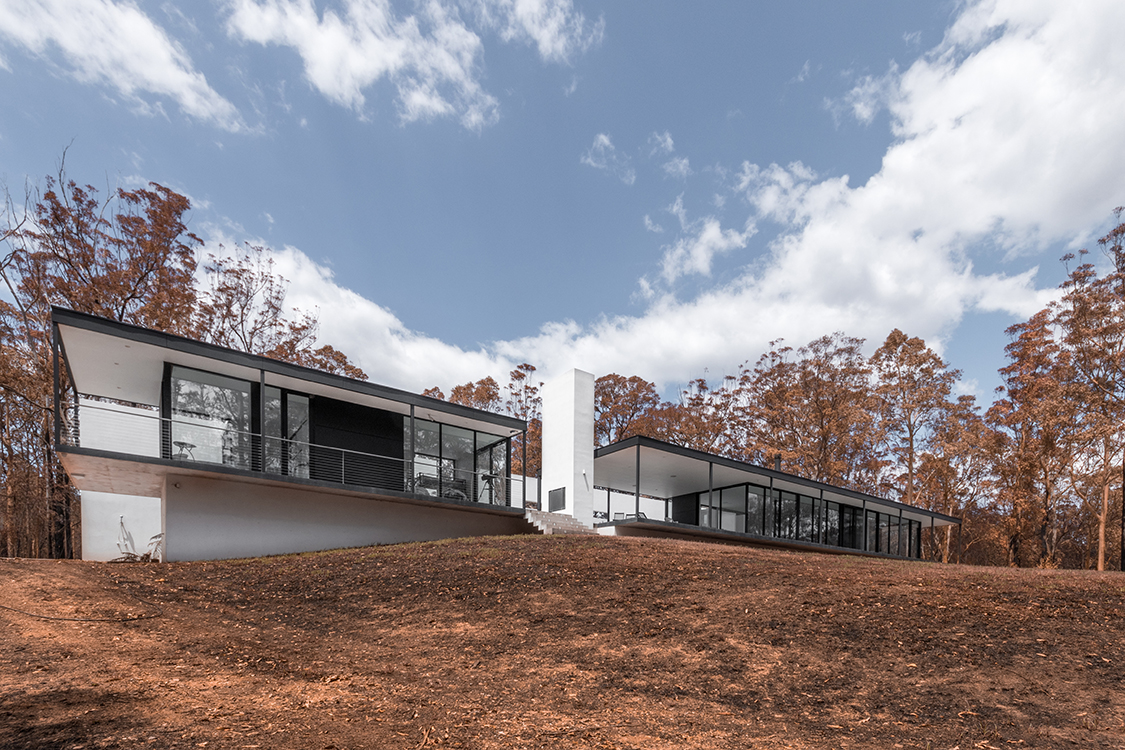 The fire came so close to the house that the ferns in the courtyard were scorched to a crisp, but the only damage to the property were to the boat shed, carport and some irrigation pipes. The surrounding nature has already started to heal and sprout new vegetation in a remarkable testament to nature’s ability to heal itself. Tuija Seipell. 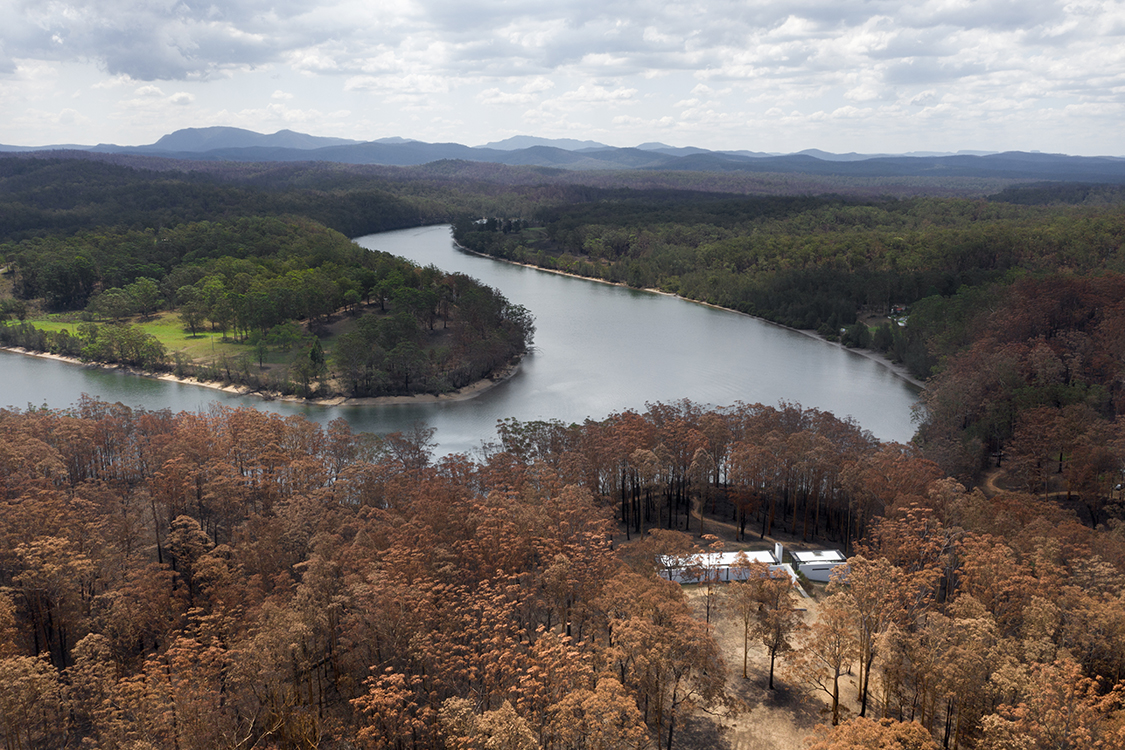