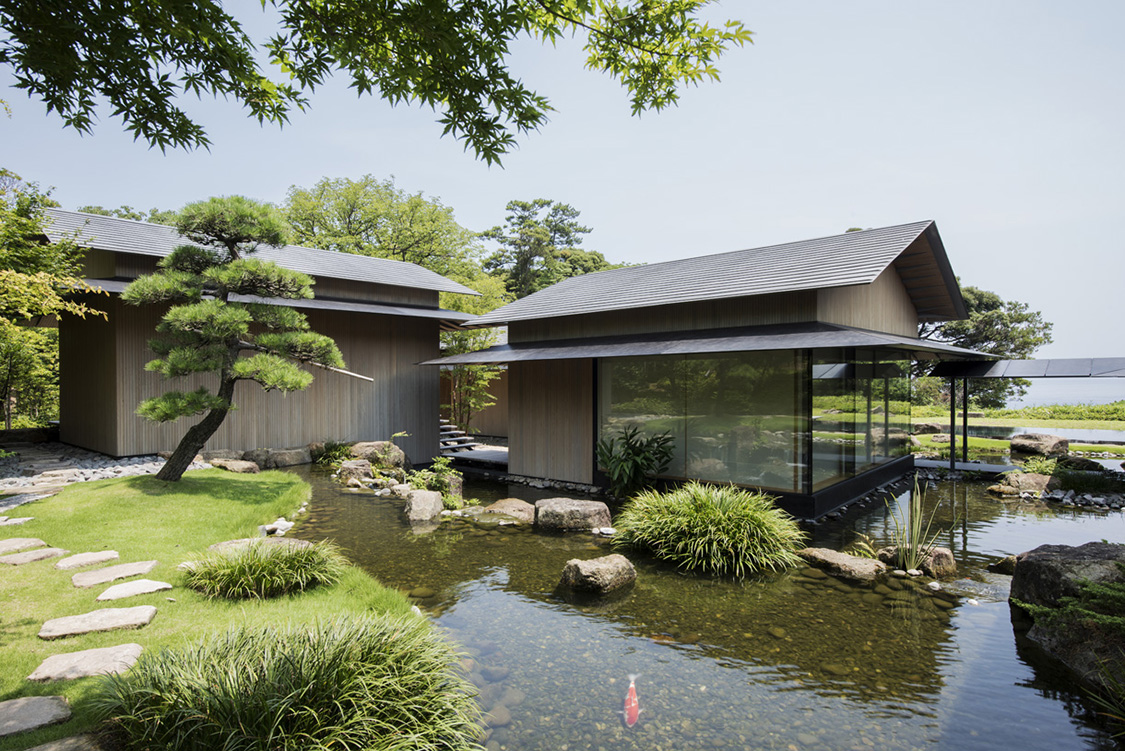 The work of Kengo Kuma, the master of wood, mood and light, will always draw our attention. The 65-year-old Japanese architect and his prolific office, Kengo Kuma Associates completes projects globally that range from tranquil private residences and shrines to stunning libraries, museums and retail outlets. 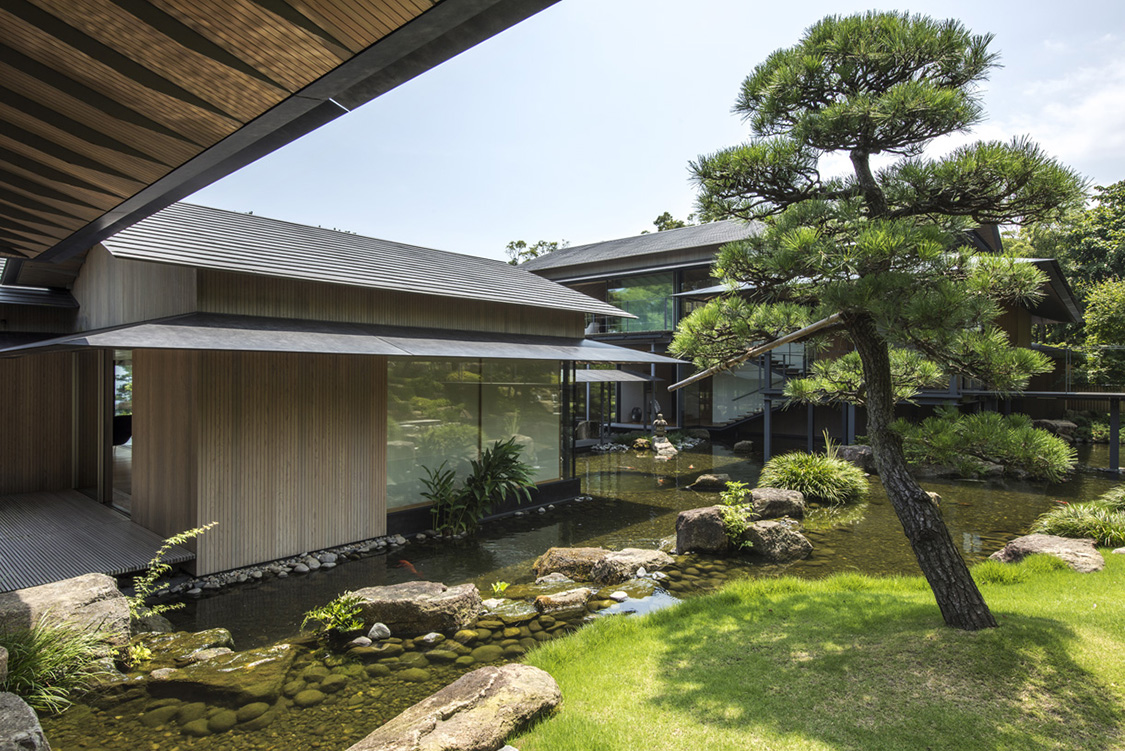 The world’s largest Starbucks in Tokyo in 2019 and Scotland’s first design museum, Victoria & Albert Dundee in 2018 are examples of Kuma’s recent large-scale works. 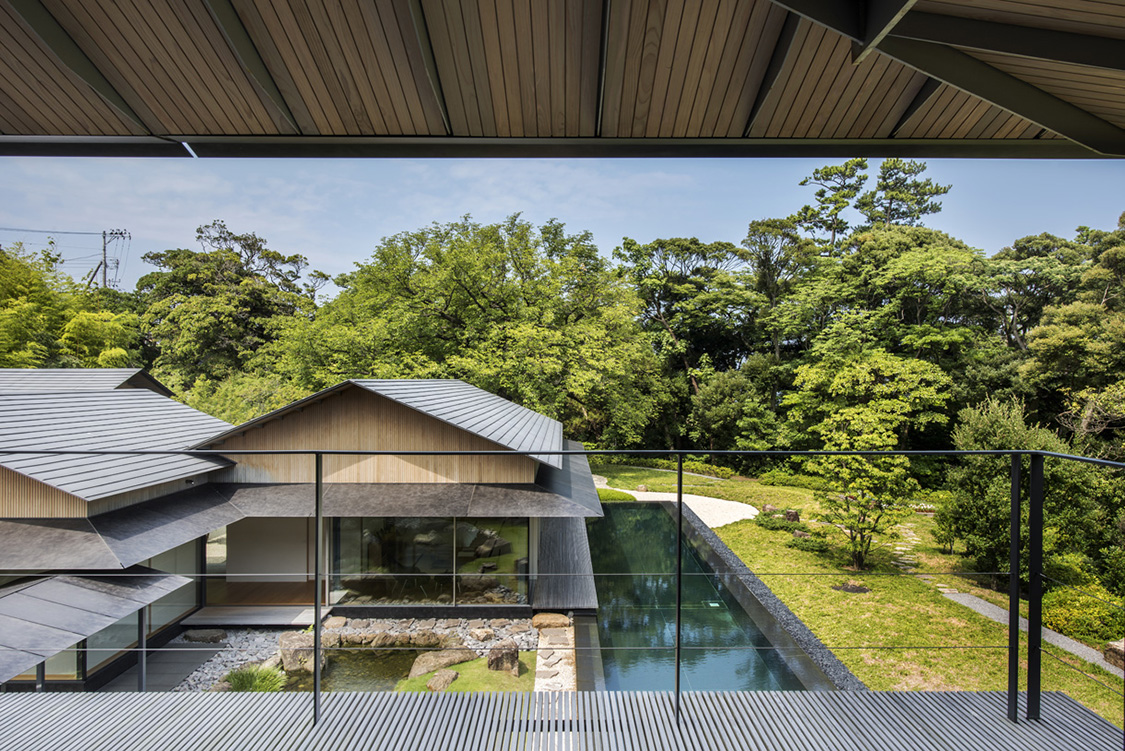 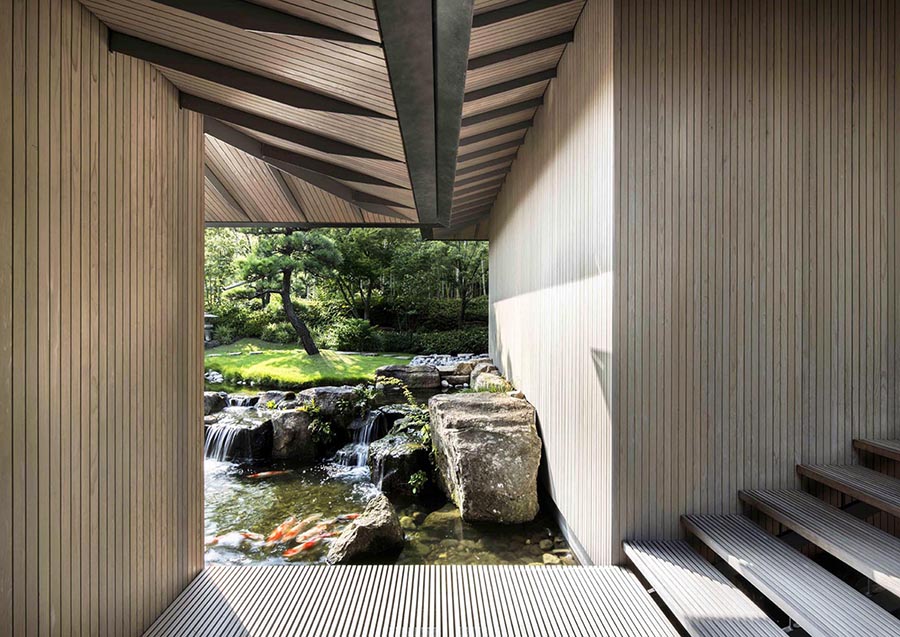 In all of the larger projects, Kuma’s mastery of wood, mood and light are clearly evident. But it is the smaller, more intimate projects that truly exude the magical tranquillity that we love most about his work. 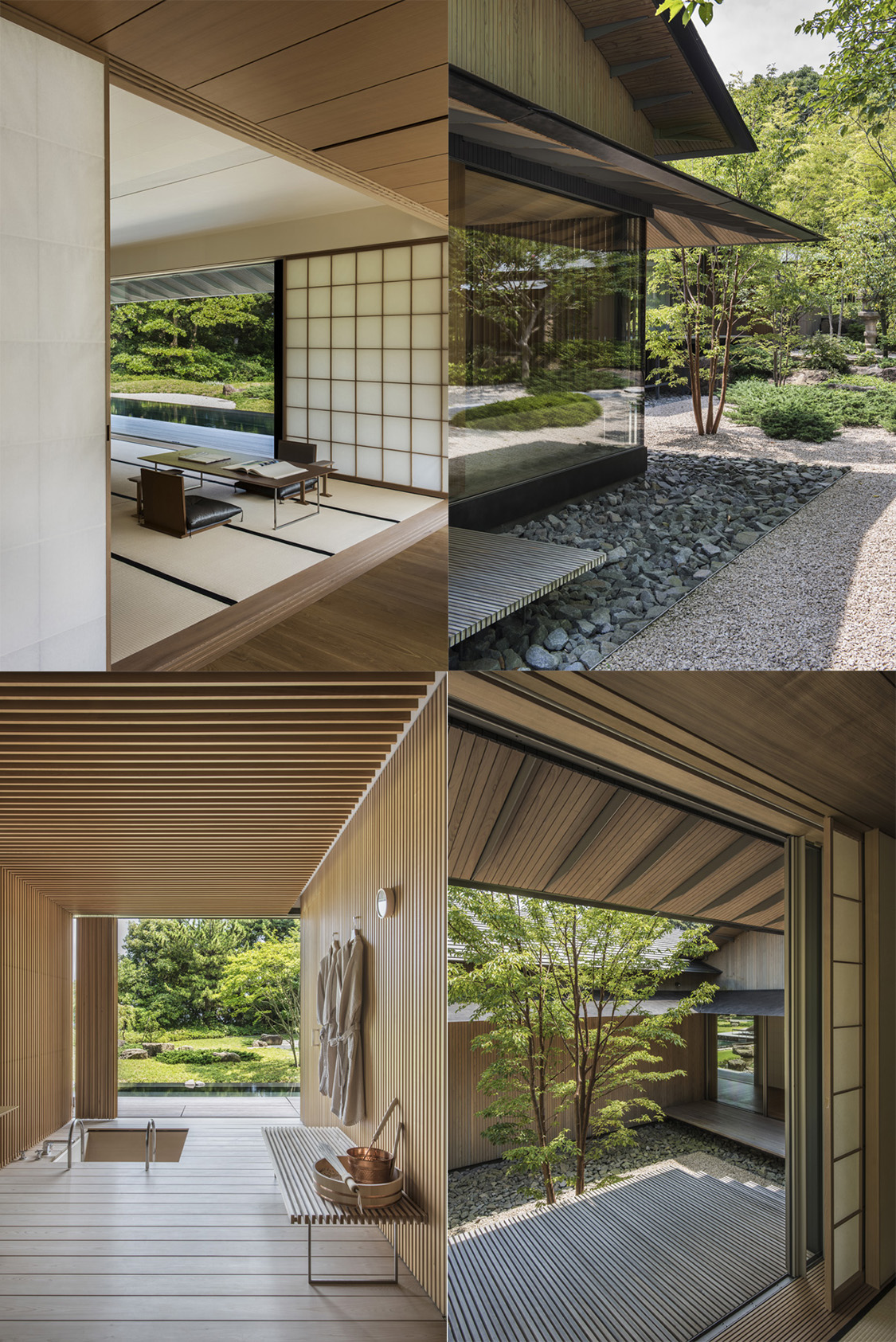 One example, a private residence completed several years ago, reminds us again and again why it is that we respect Kuma so much. Water Cherry House is a perfect example of the timelessness of design and seamless interaction with nature. In its lack of redundant features it represents the kind of completeness and harmony that is evident in Japanese architecture and so spectacularly present in this house. There is nothing to add, nothing to take away. 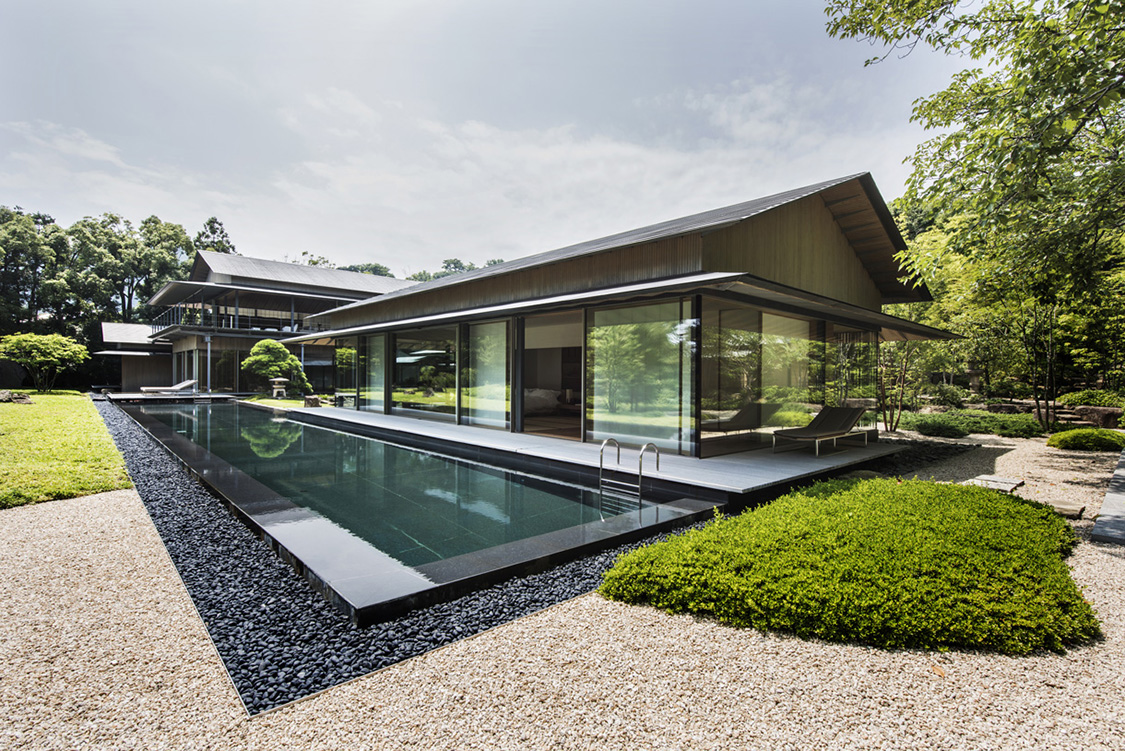 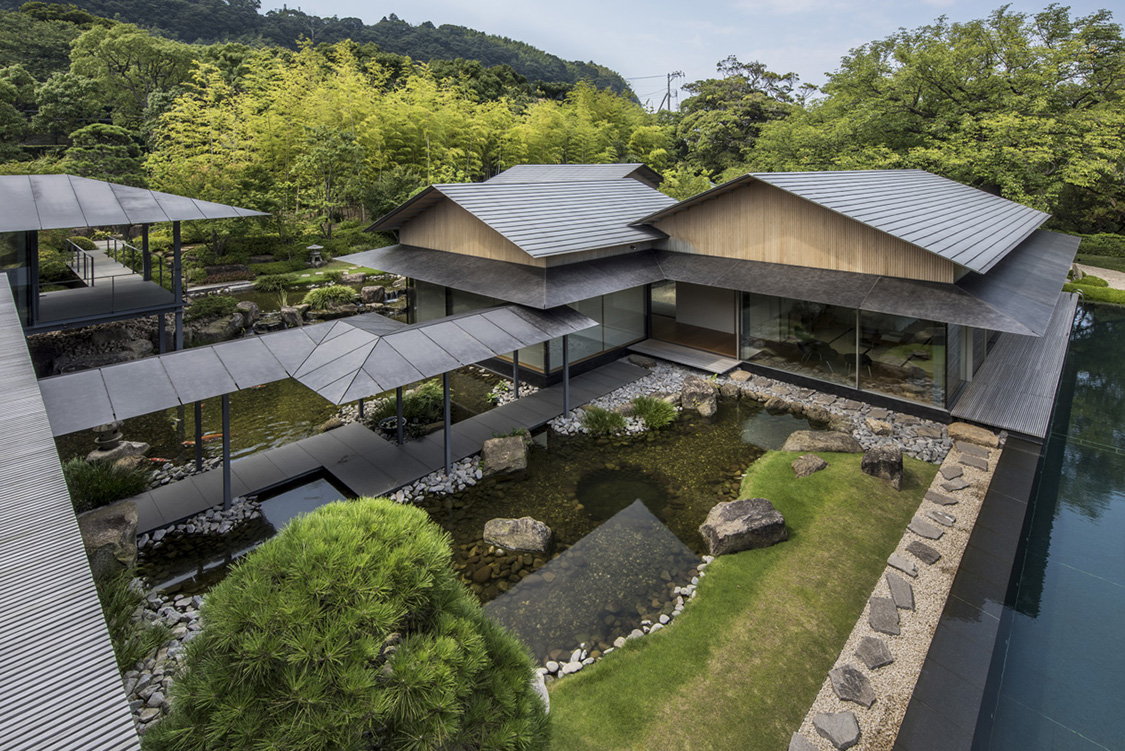 The villa is located in a national park on a coastal cliff close to Tokyo on a 5,300 square-metre (1.3-acre) tract of land. The client had fallen in love with the Nakagawa-machi Bato Hiroshige Museum of Art, dedicated to ukiyo-e artist Hiroshige Ando that Kuma designed in 2000 and wanted him to design their house as well. 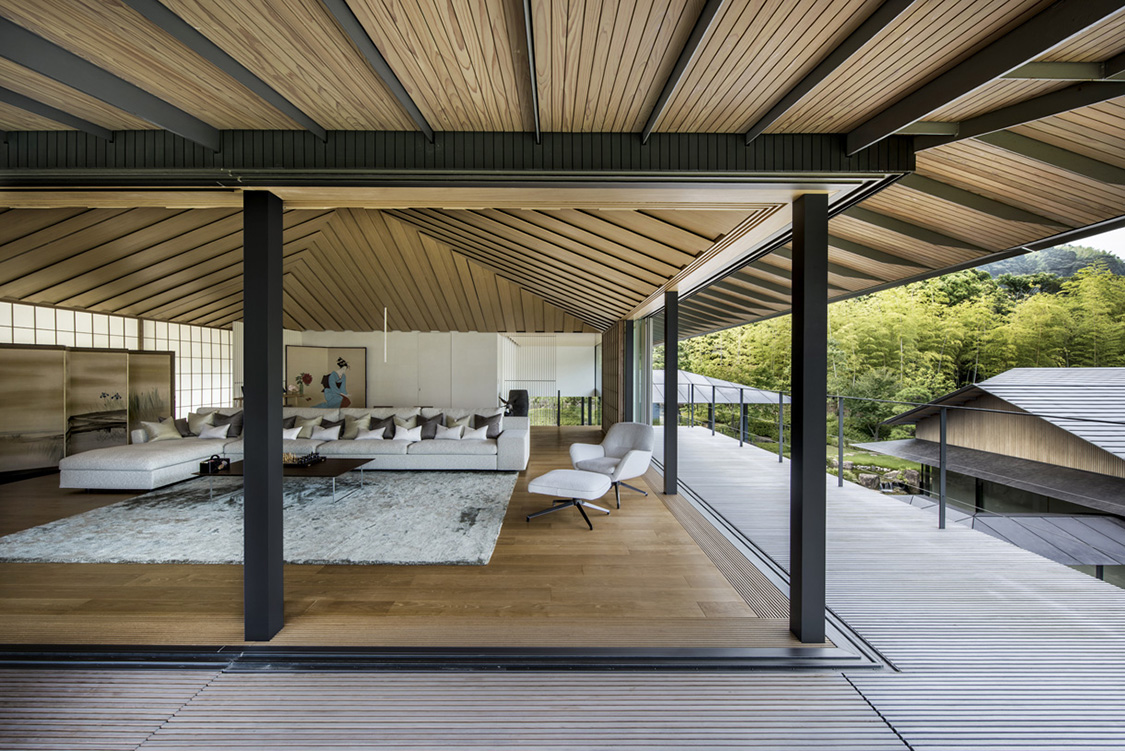 Seemingly weightless slanted roofs cover the wooden pathways that connect the various rooms. This creates an overall tranquil environment in the compound that is both traditionally Japanese, yet unquestionably modern. Various light-coloured wood species, including ash, cedar and cypress, produce the subtle variety of the surfaces while the indirect light streaming through the wooden slats and rice-paper screens adds another layer of understated calm. 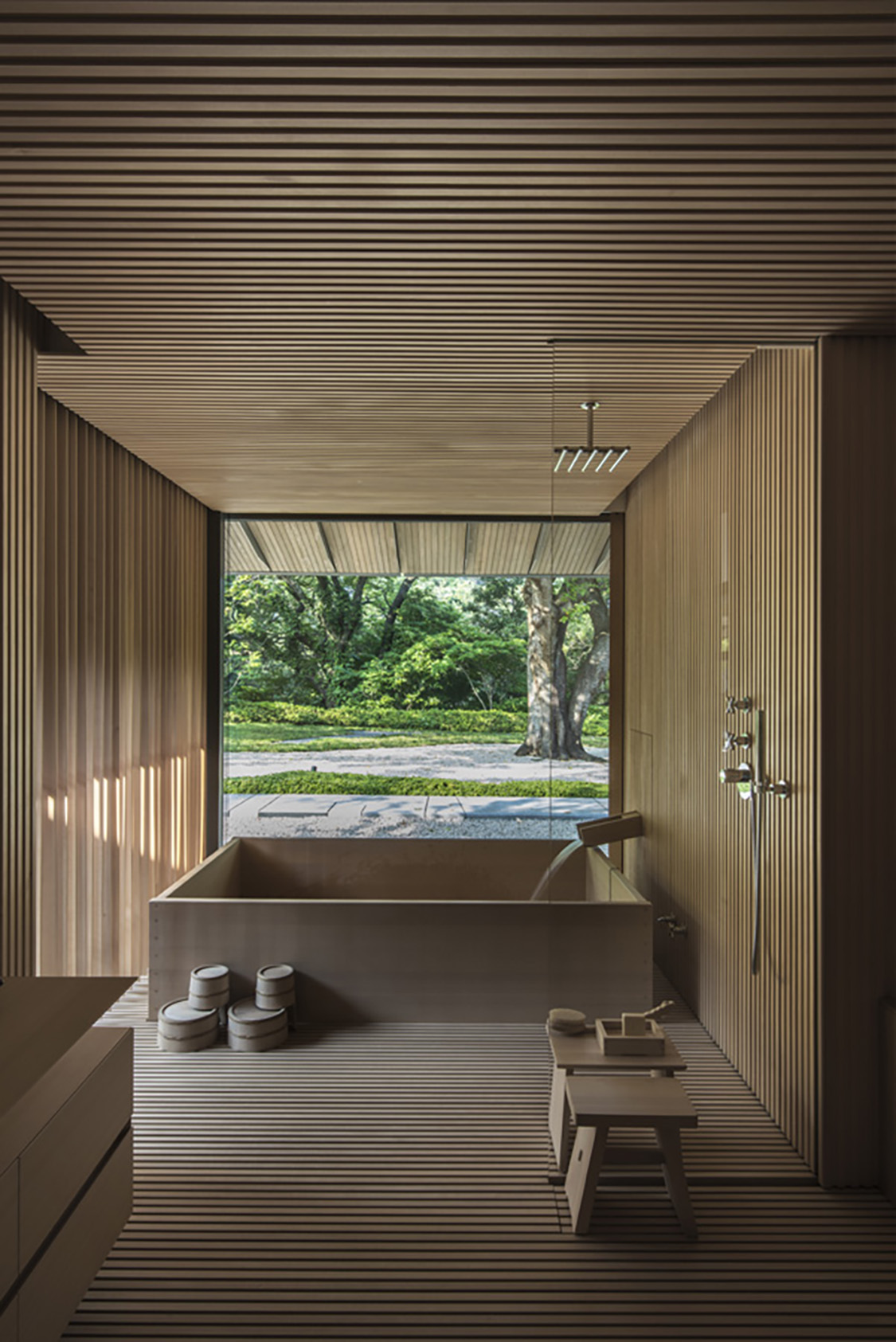 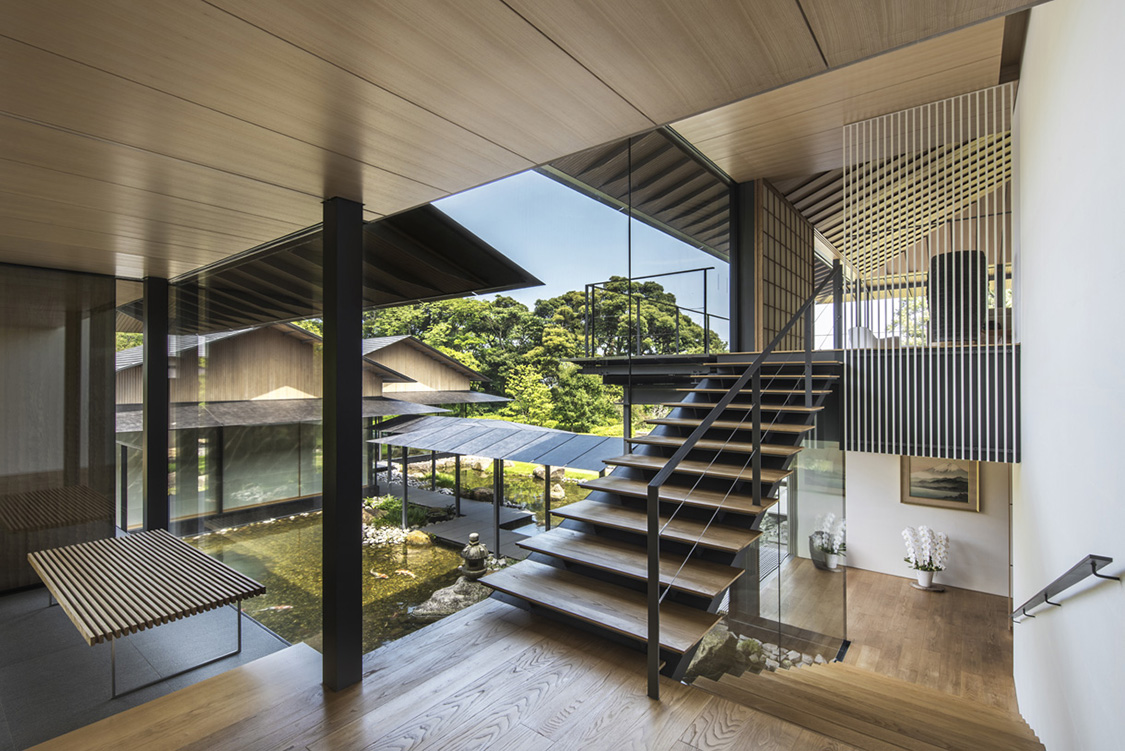 The eight rooms of the 765 square-metre (8,235 sq.ft) house are all decidedly human in scale. There is nothing that is pretentious or showy. One of our favourite features of the residence is the traditional Japanese onsen (bath) so splendidly lacking in the cold tiling, marble and steel so prevalent in typical modern bathrooms. 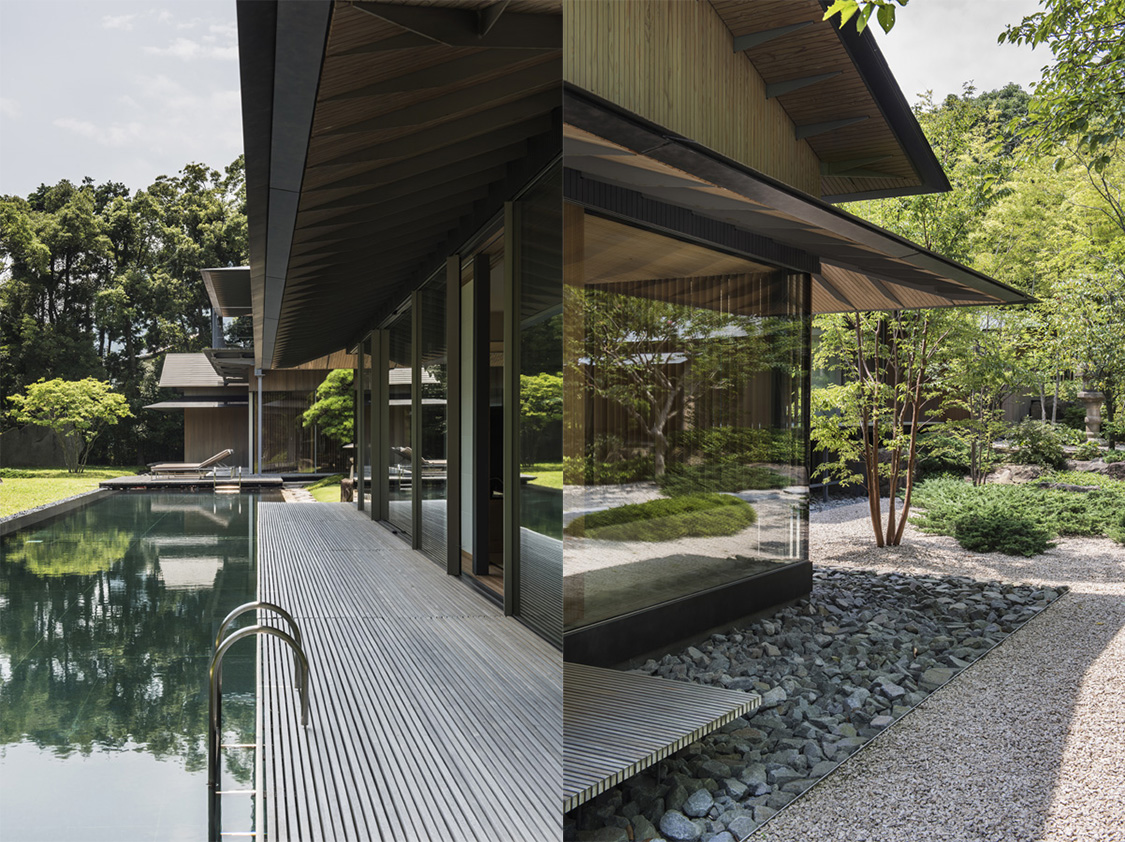 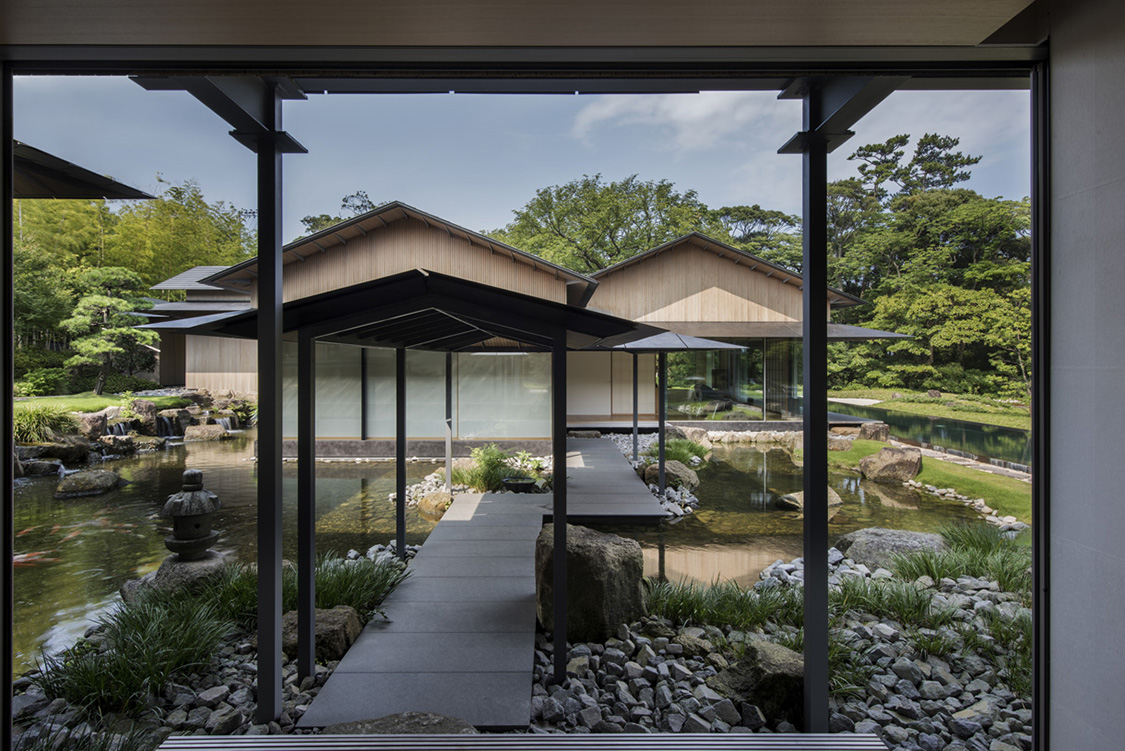 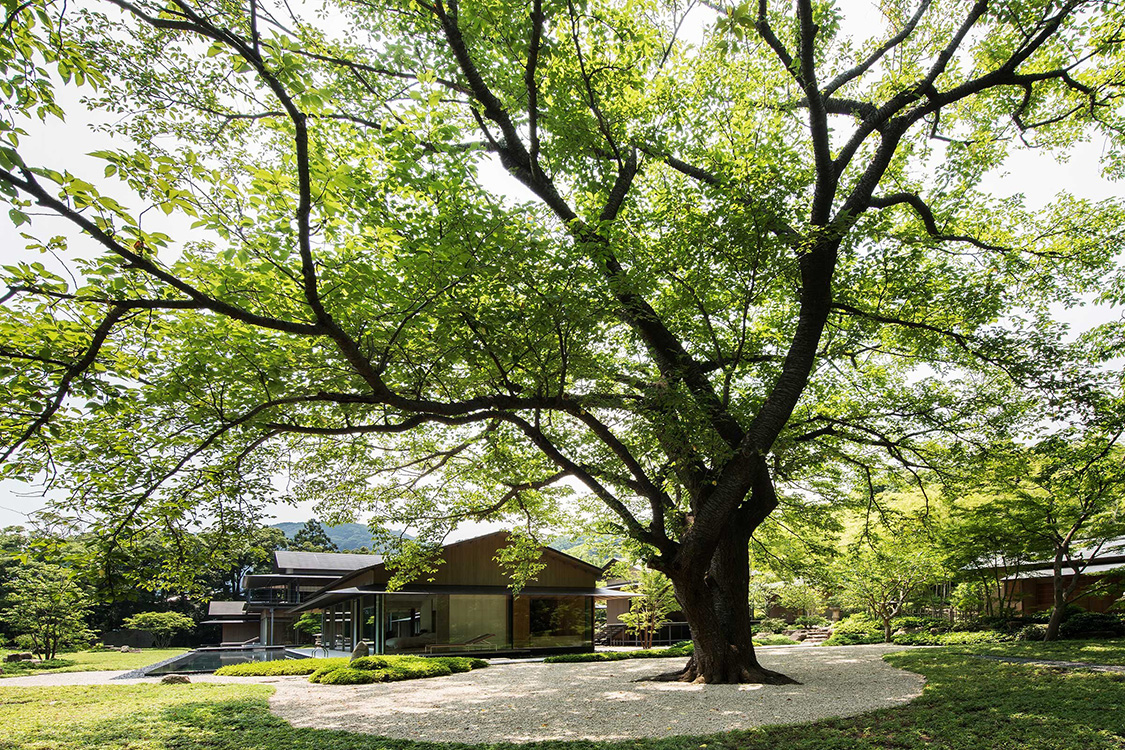 This is one of those houses that we describe as places where one can breathe. Tuija Seipell. 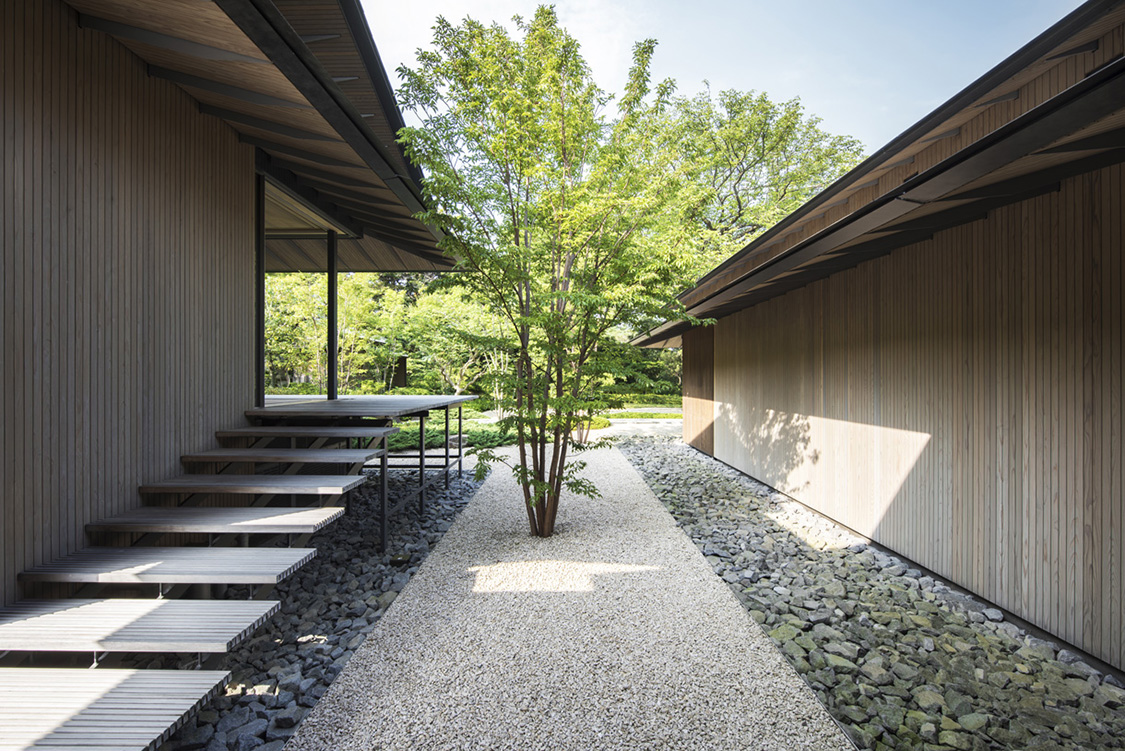