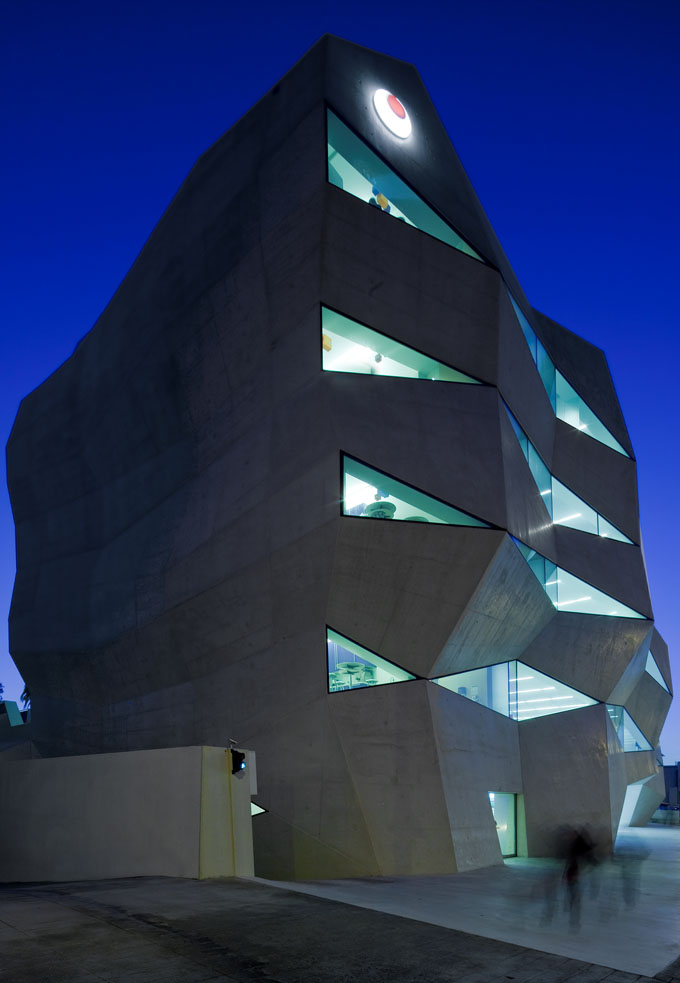 In 1984, Vodafone was a tiny UK startup. Today, it is one of the world’s leading mobile telecommunications companies with activities around the globe. Vodafone’s well publicized Portuguese headquarters is located on Avenida da Boavista in Porto (Oporto), the namesake of Port wine and Portugal’s second global city after Lisbon. 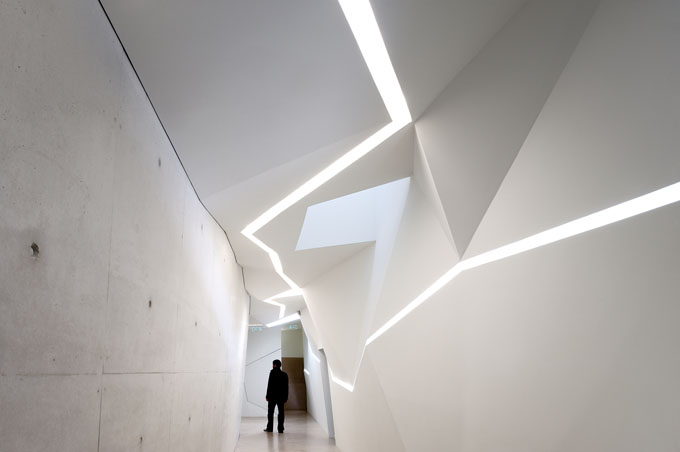 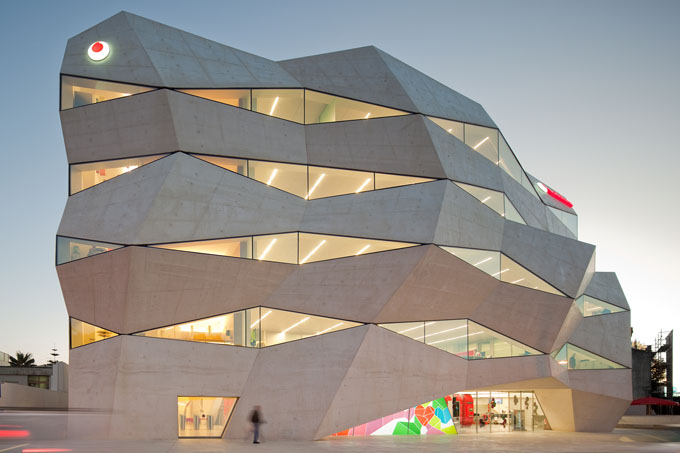 The architects’ wish to reflect Vodafone’s credo ‘Vodafone Life, Life in Motion’ lead to the creation of a building that challenges the static and appears to be out of balance. Three of the angular building’s eight floors are underground. The cross-section reveals an uneven footprint almost as if the entire structure had fallen from sky at a great speed and crashed itself into the earth where it now sits, only partly exposed and slightly disheveled.

Indeed, the outer skin reminds us of a slightly unfinished origami project that will eventually become a scale model of a museum, the inside views bring to mind the many variations of angular, uneven and pleasantly unresolved spaces we’d seen at Hotel Silken Puerta América in Madrid, especially the rooms designed by Ron Arad, Zaha Hadid and Plasma Studio. – Tuija Seipell 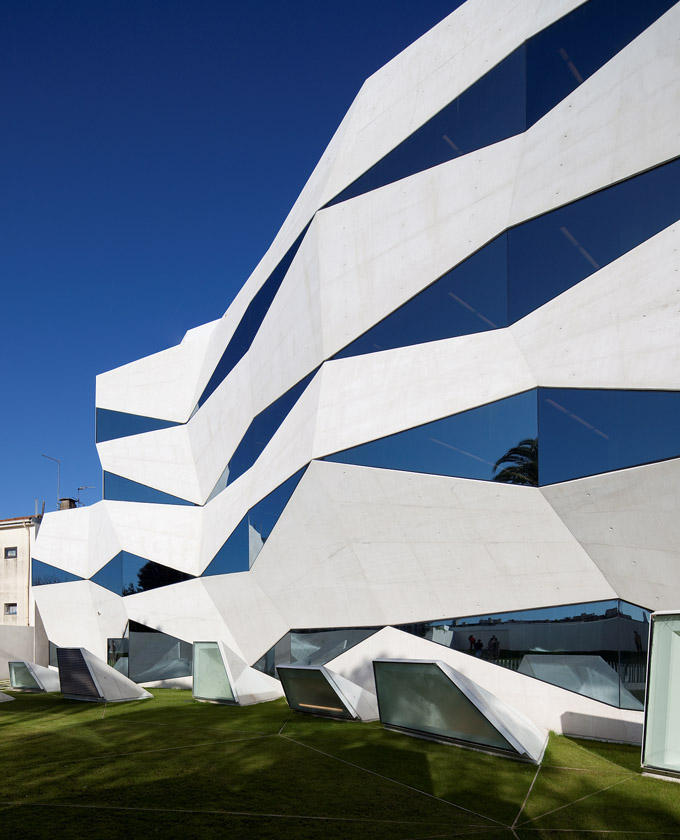 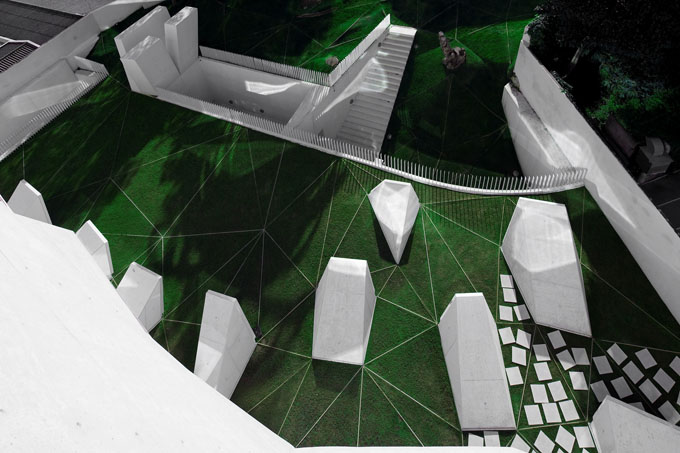