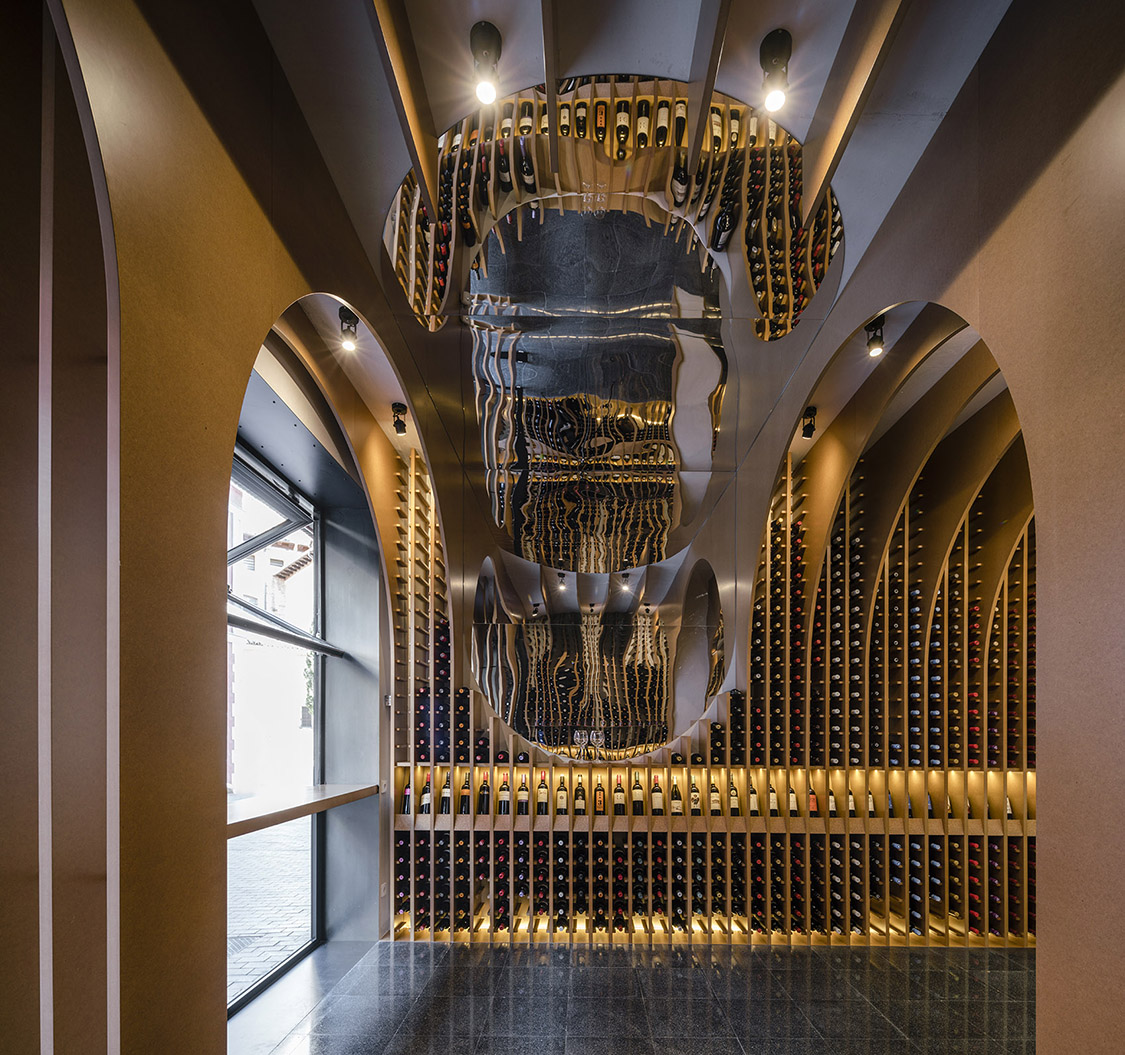 We love design that makes a clear statement. Not a pretentiously pompous statement, but a statement that is deeply relevant to the project, has an element of freshness and surprise and sends a clear message to the intended audience.

It is not easy to do this. Too often retail design in particular becomes either a bland, characterless backdrop or an interfering, irrelevant ‘concept’. 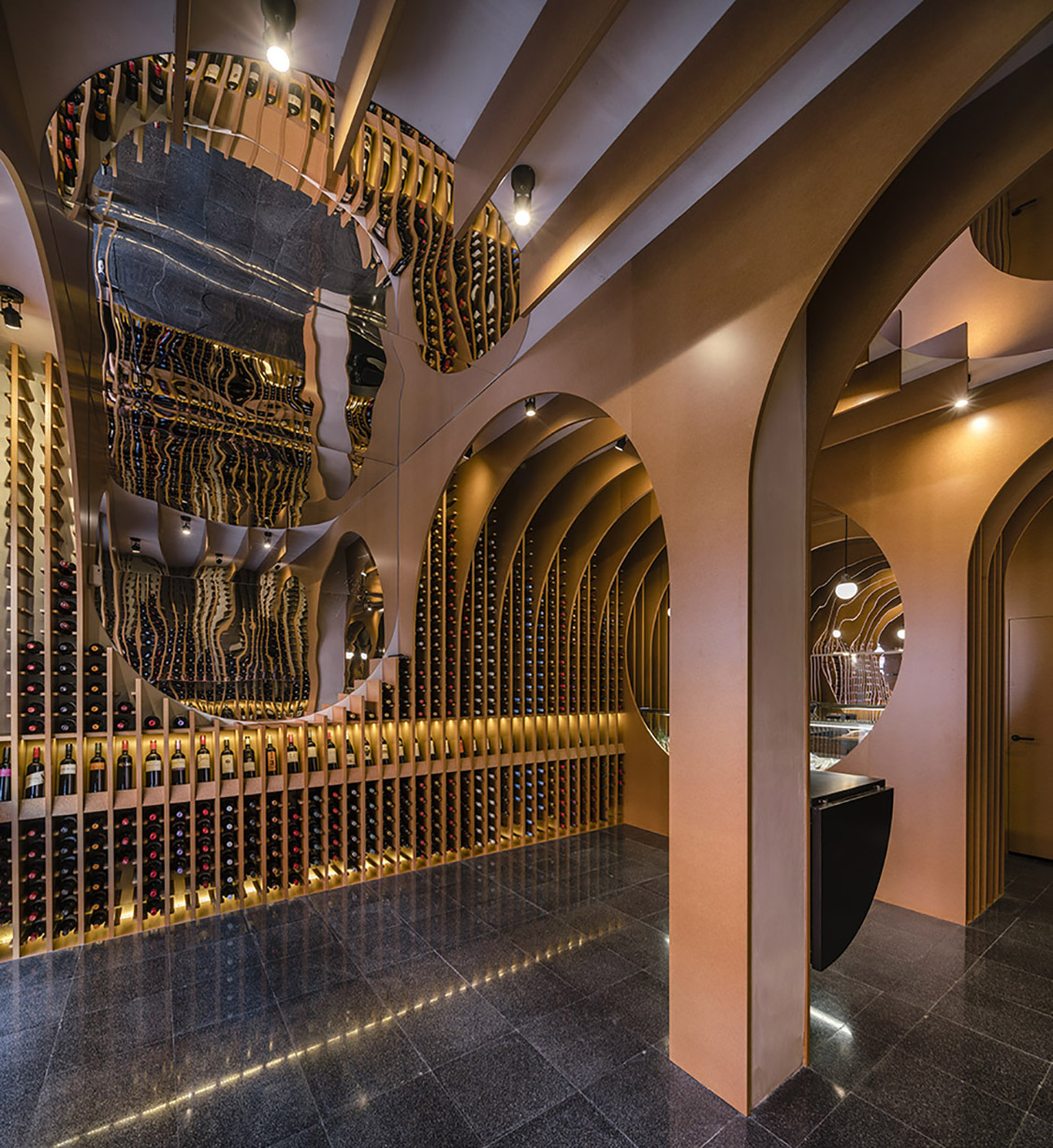 And it doesn’t get much more difficult than it is in the wine business. 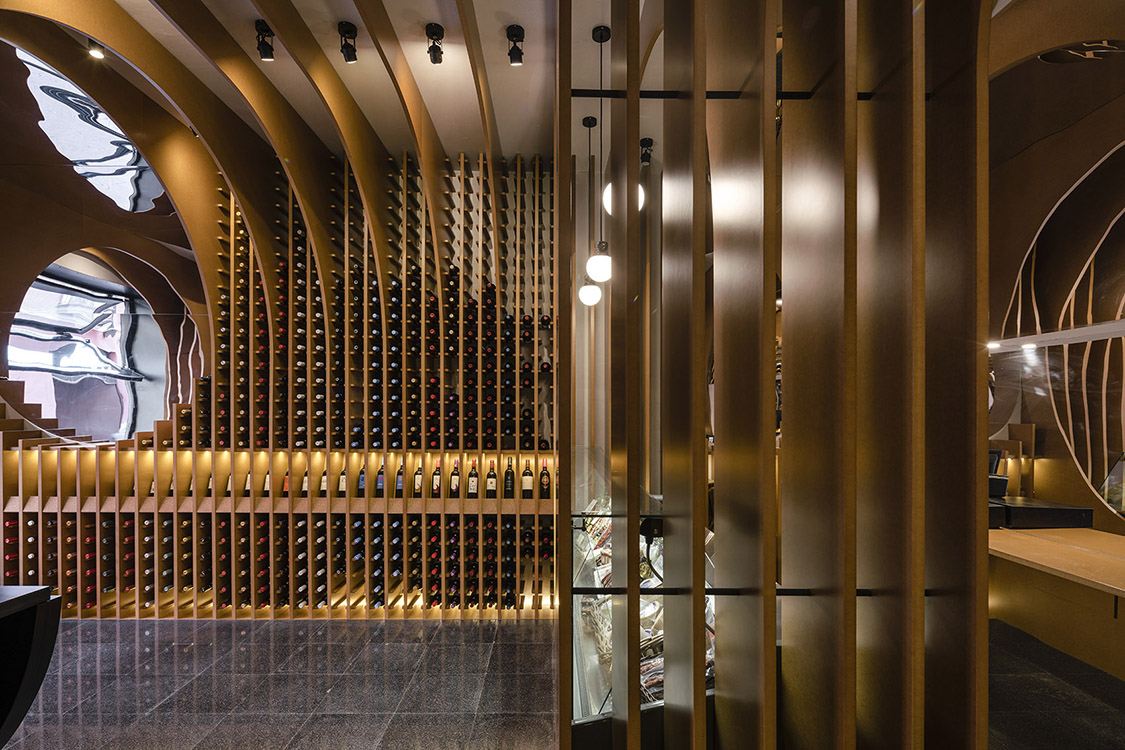 For anyone who has attempted to name a wine brand, or design a wine store, a wine bottle or a wine label, it becomes clear very quickly that creative options are severely limited by the traditional standard sizes, shapes, packages and display practices.

In addition, just about every wine cliché has been designed to death in stores, wineries and tasting rooms around the world. 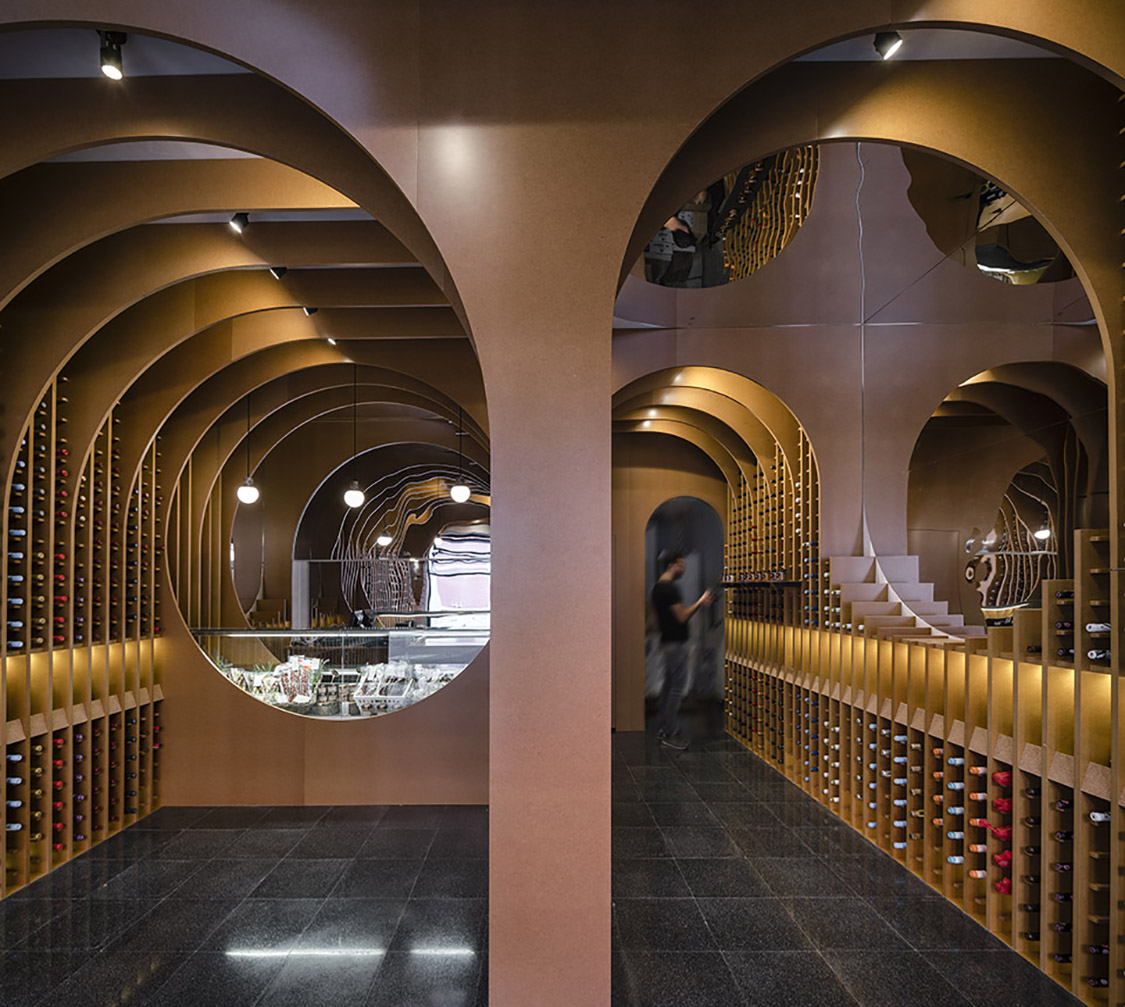 All of this is to preface our surprise when we encountered Madrid-based Zooco Estudio’s work for Vinos & Viandas.

It is a 35 square-meter (377 sq. ft) wine shop located in Valladolid, an ancient town in the Castile and Leon region of northwestern Spain. It is surrounded by five wine growing regions: Ribera del Duero, Rueda, Toro, Tierra de Leon and Gigales. 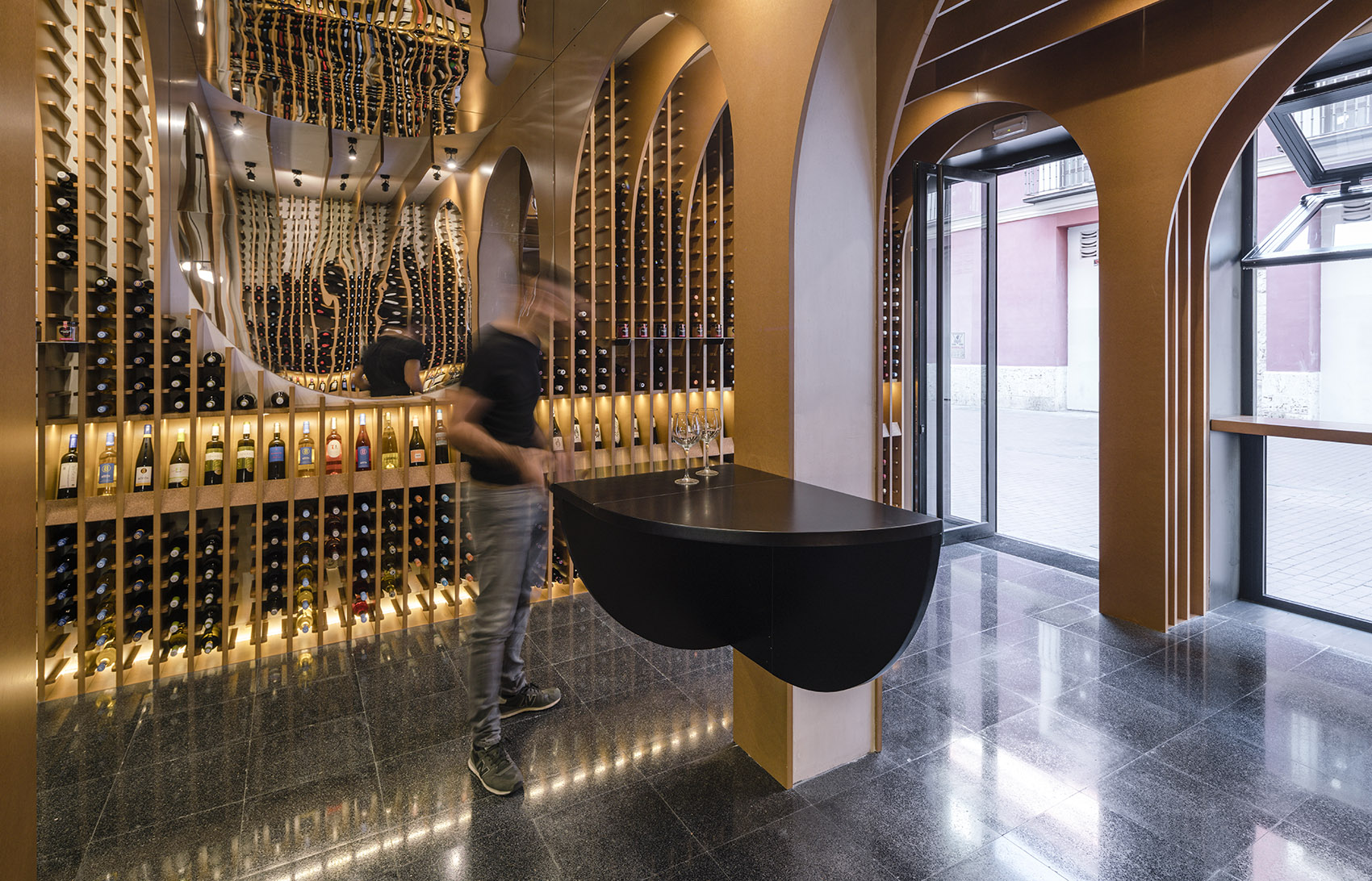 In modern times, the town is also known, for example, for the Renault car factory and one of the world’s oldest film festivals the Semana Internacional de Cine de Valladolid or Seminci. 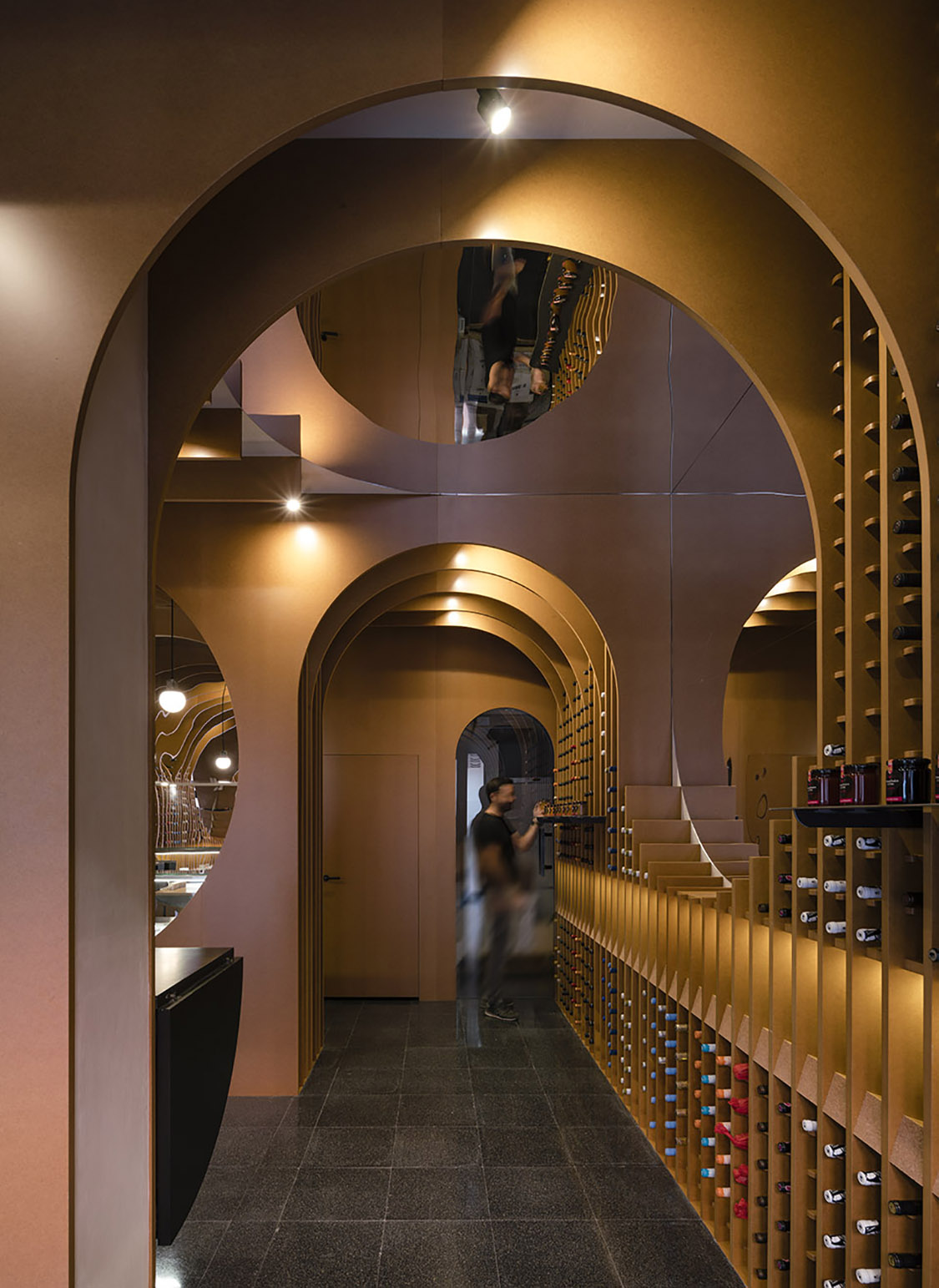 Zooco’s clever design is based on the form of an arch. References to arches and rounded shapes are easy to conjure up in the wine business: the underground cellars, vaults, casks, bottles, glasses and of course, the grape itself.

The design also references the serial, repetitive nature of storing and stacking of bottles, casks and boxes by using a set of ribs or partitions to create, very cleverly, a sense of both division and openness. 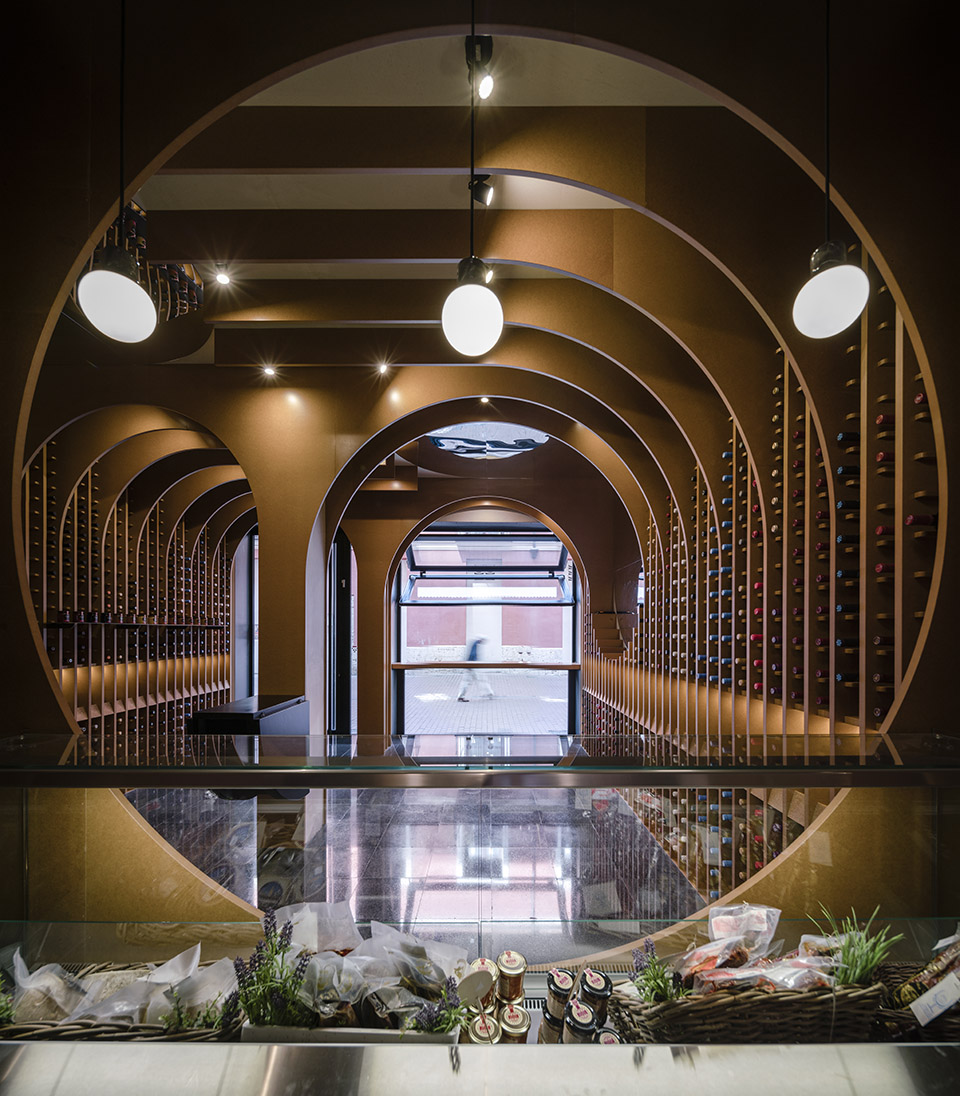 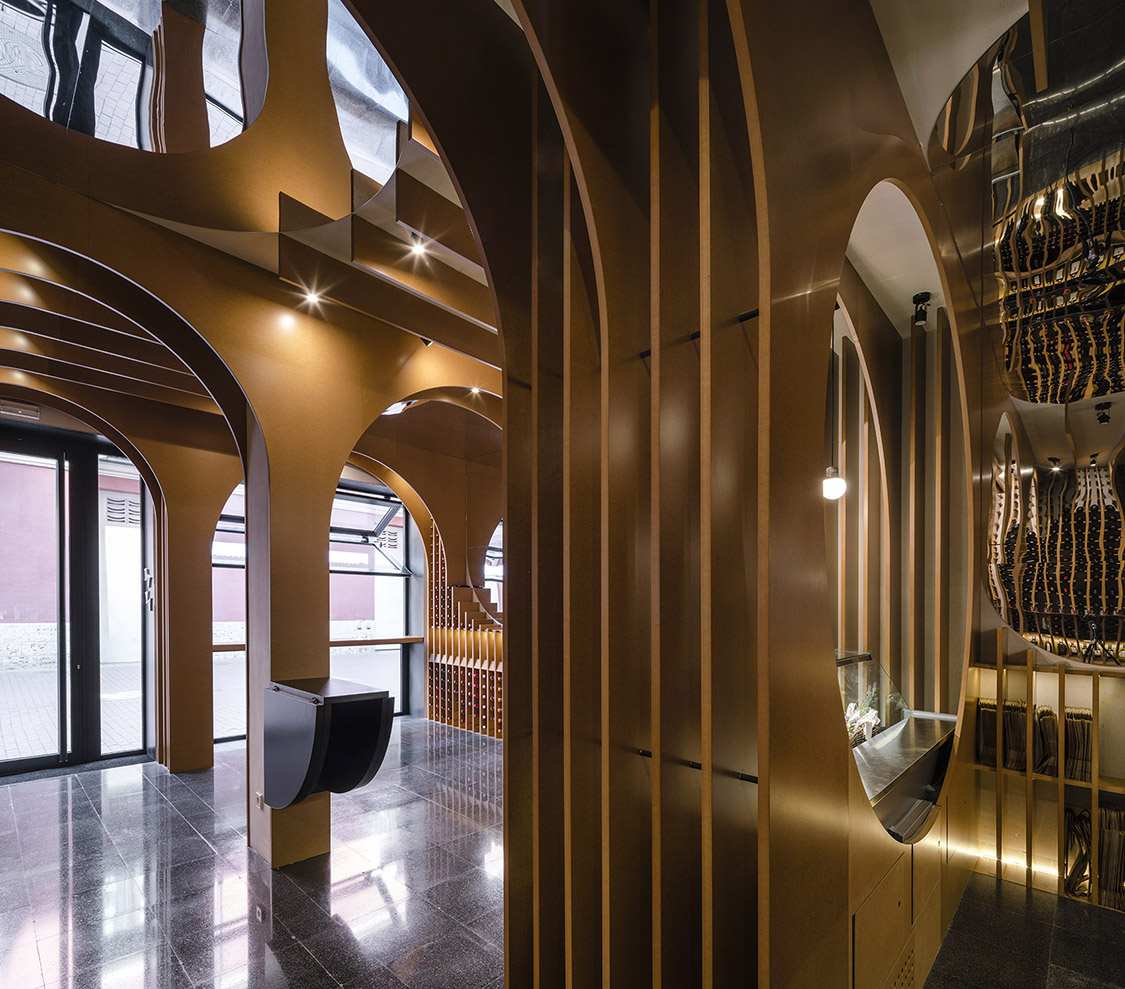 Folding tables, transparent glass and mirrors add to both the apparent and real size and flexibility of the space that functions not just as a wine shop but a space for tastings and other events. Tuija Seipell. 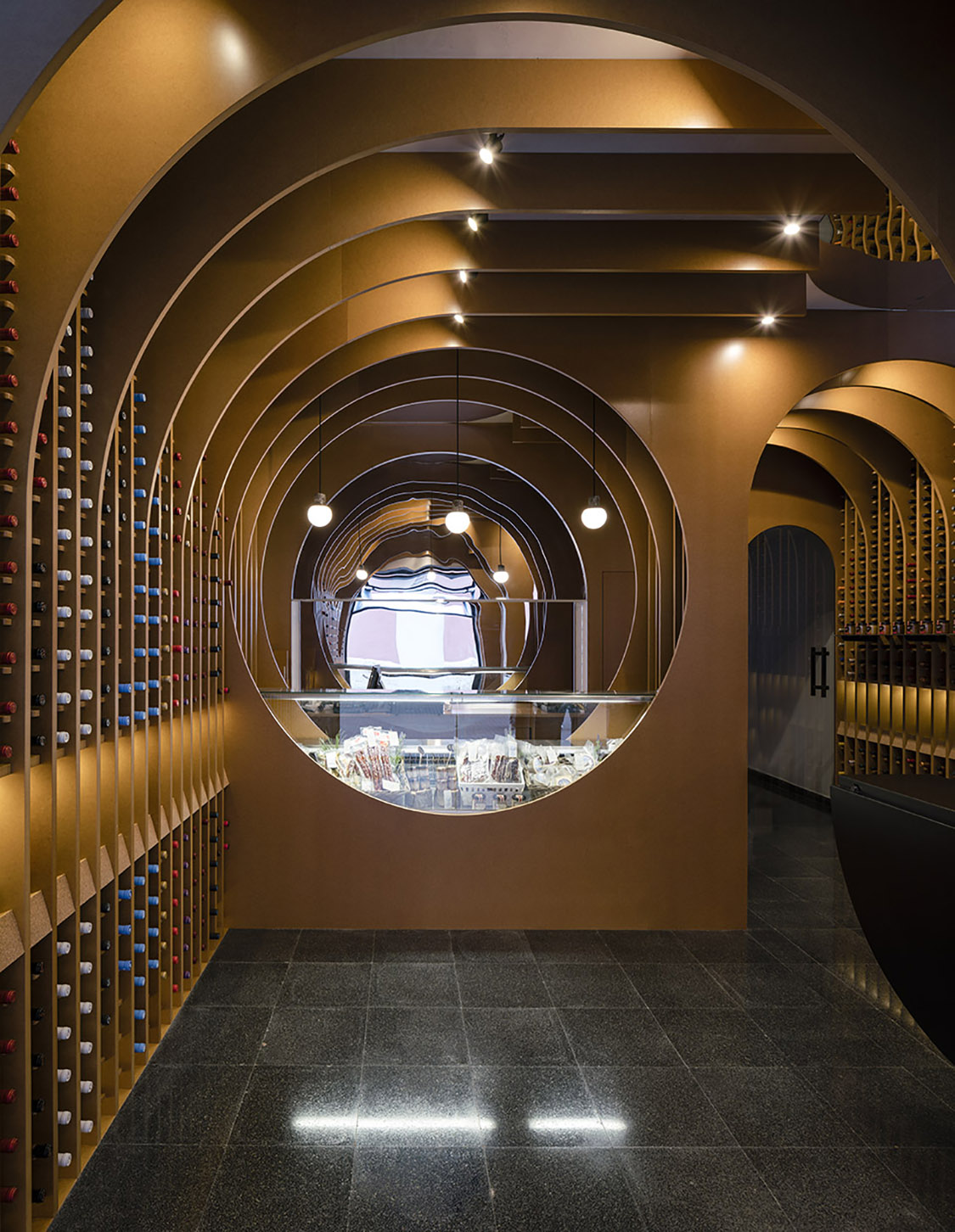