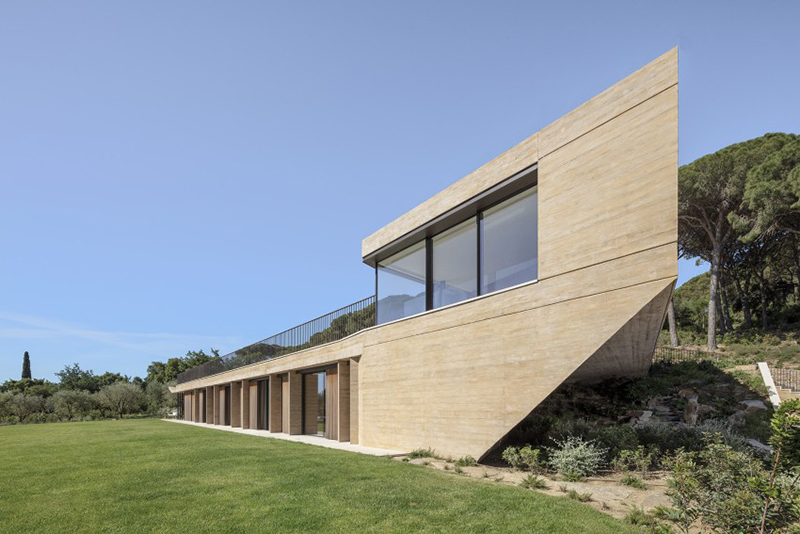 The angular 5,300 square-foot (492 sq.metre) Villa Varoise is a project that took its time to become a reality.

Boston-based architecture firm, NADAA, completed the initial plans for the residence in 2012 and broke ground on the site in 2013. The plans for the family retreat, then dubbed “Dortoir Familial” or family dorm, won several awards already at this early stage. 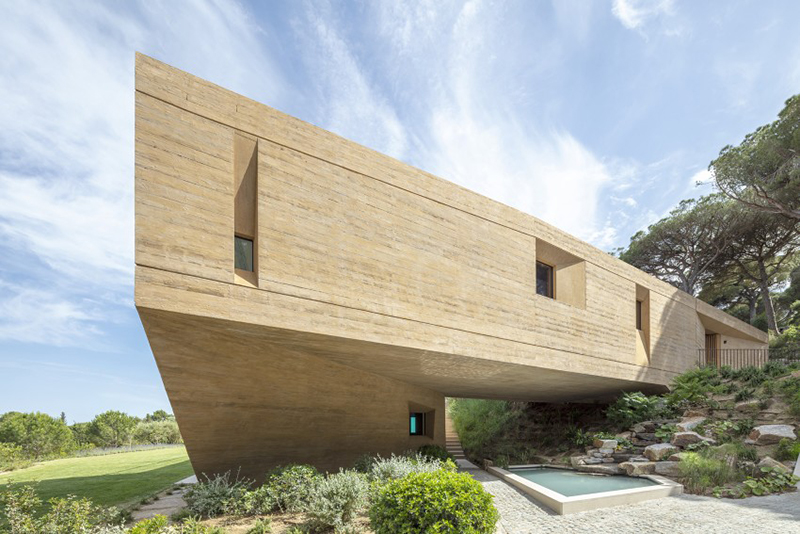 The now-completed Villa Varoise is located in the town of Ramatuelle in the Var area of southeastern France. Var is the meeting point of Provence and the French Riviera, known for its natural beauty and more than 80 museums. Saint-Tropez, Hyeres and the Port Cros National Park are all in this region. 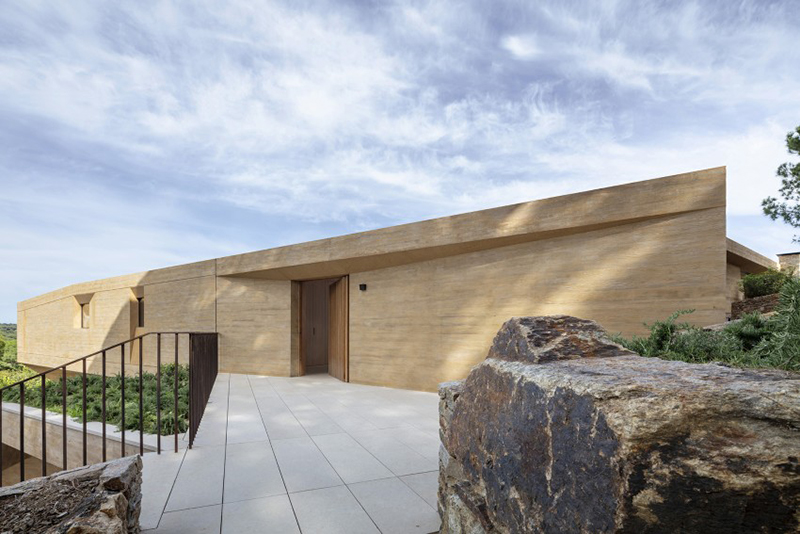 The starting points in the design of Villa Varoise were the family’s wishes that included the need for sleeping quarters for anywhere between five and 22 members of the extended family – hence the early dorm moniker – and the need for privacy in the area that has numerous villas nearby. 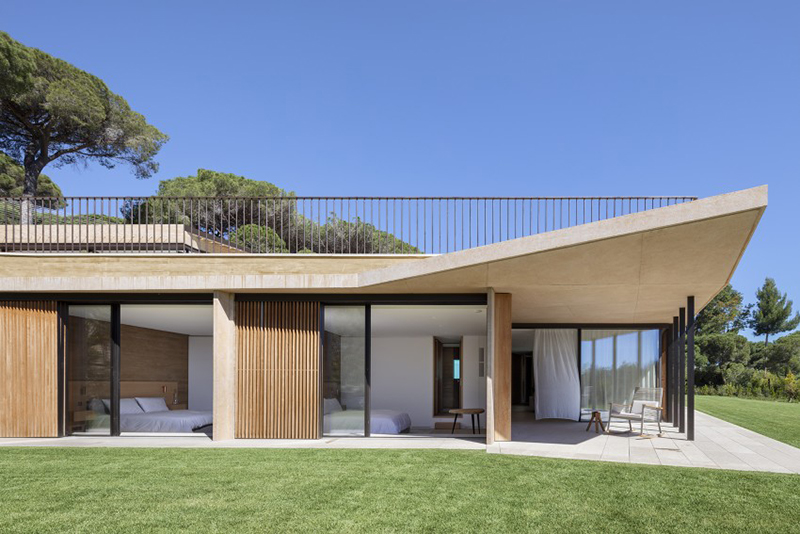 For inspiration, the designers focused on the natural beauty and history of the site and the region, and on the demands of the sloping location. The area was once inhabited by farmers growing fruits, olives and grapes for wine. 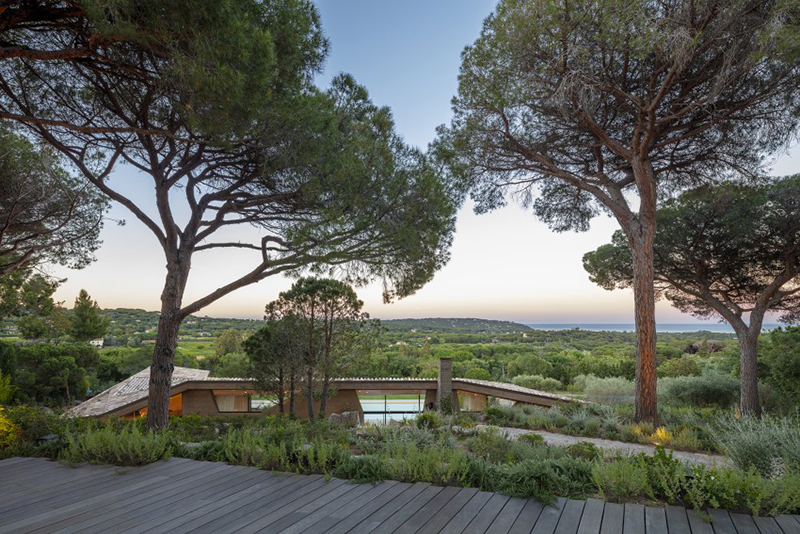 From certain angles, the new two-story structure of raw board-formed concrete seems like a semi-pyramid of some sort; a slightly brutalist, monolithic and angular block. 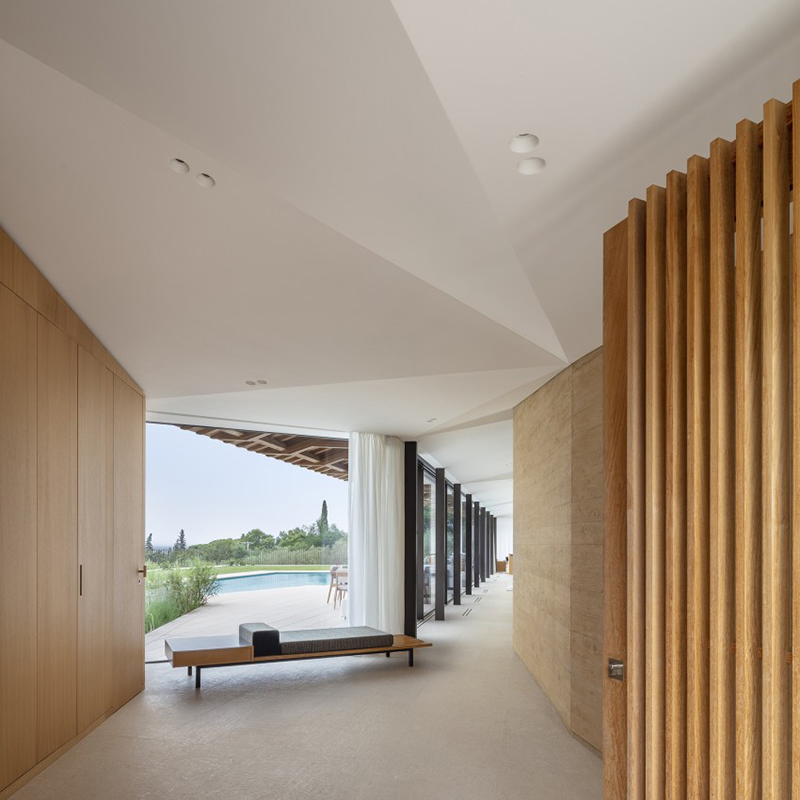 Despite this angularity and monumentality, the house responds to the site and takes its place in it with confidence. It turns its relatively solid-walled back to its neighbours but opens up on the other side with windows overlooking the scenery and the courtyard with its swimming pool. 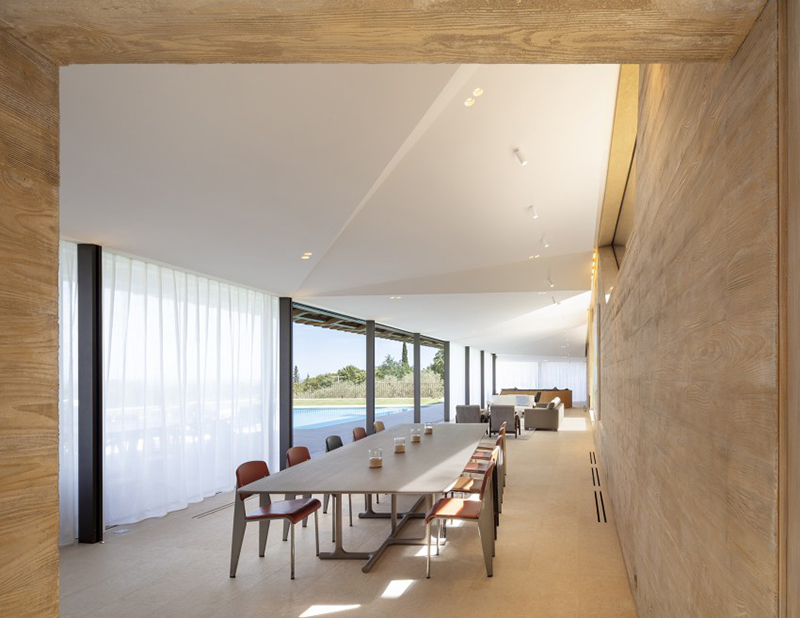 The ‘dormitory’ is now finally completed – after a long trek through a regulatory maze that delayed it. It has seven bedrooms in total; the master bedroom on the upper level and six additional bedrooms on the lower level. As a contrast to the exterior, the interior is warm and breezy, with soft wood and natural light permeating each space. 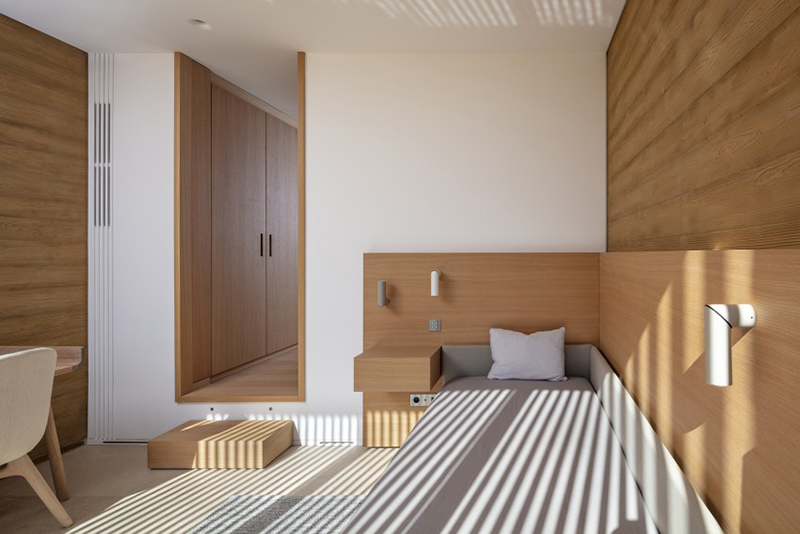