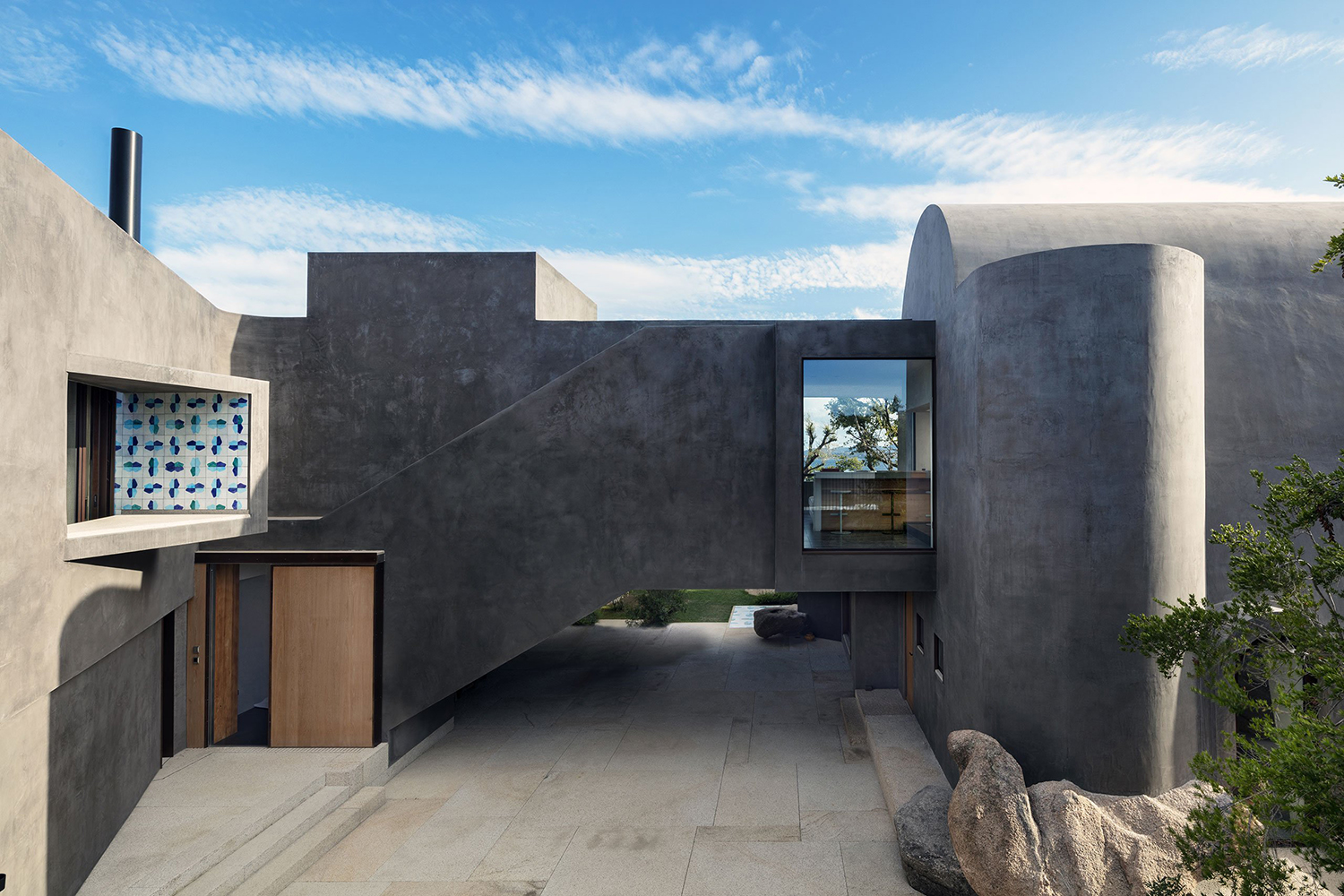 Costa Smeralda (Emerald Coast) is a resort destination in northern Sardinia, Italy. Parisian Architect and founder of Stera Architectures, Stefania Stera, grew up in this area and remembers climbing the rocks in the early 1960s when Prince Karim Aga Khan and a group of investors began shaping the area’s Porto Cervo resort. 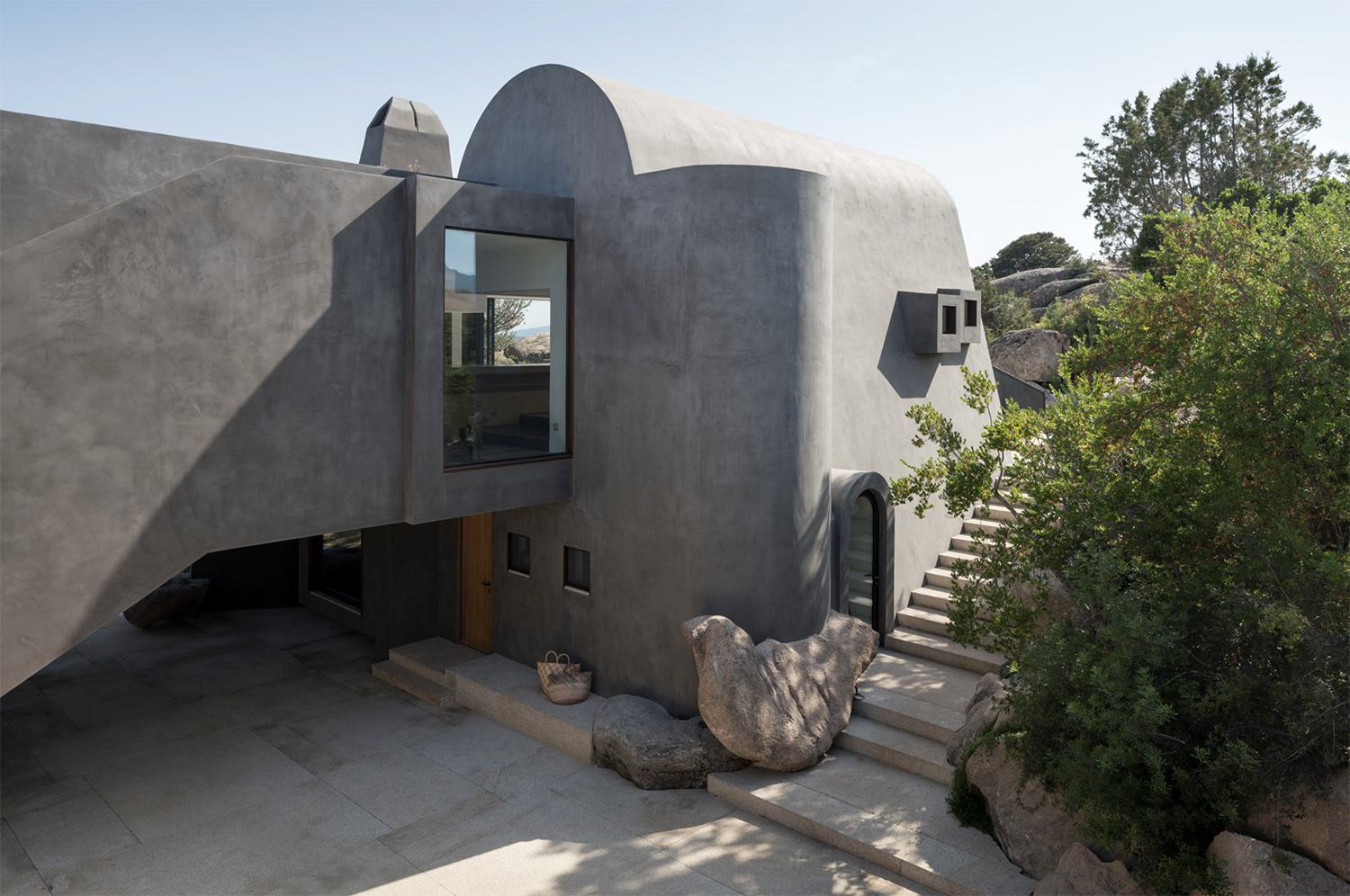 Stefania Stera got to know the construction sites of the luxury hotels Romazzino and Cala di Volpe, and saw how the famous Casa Bunker was built in the area. Designed in 1967 by the Italian architect Cini Boeri, the brutalist Casa Bunker was highly controversial at the time, but it also heralded the unconventional, eccentric and striking architecture of the area. 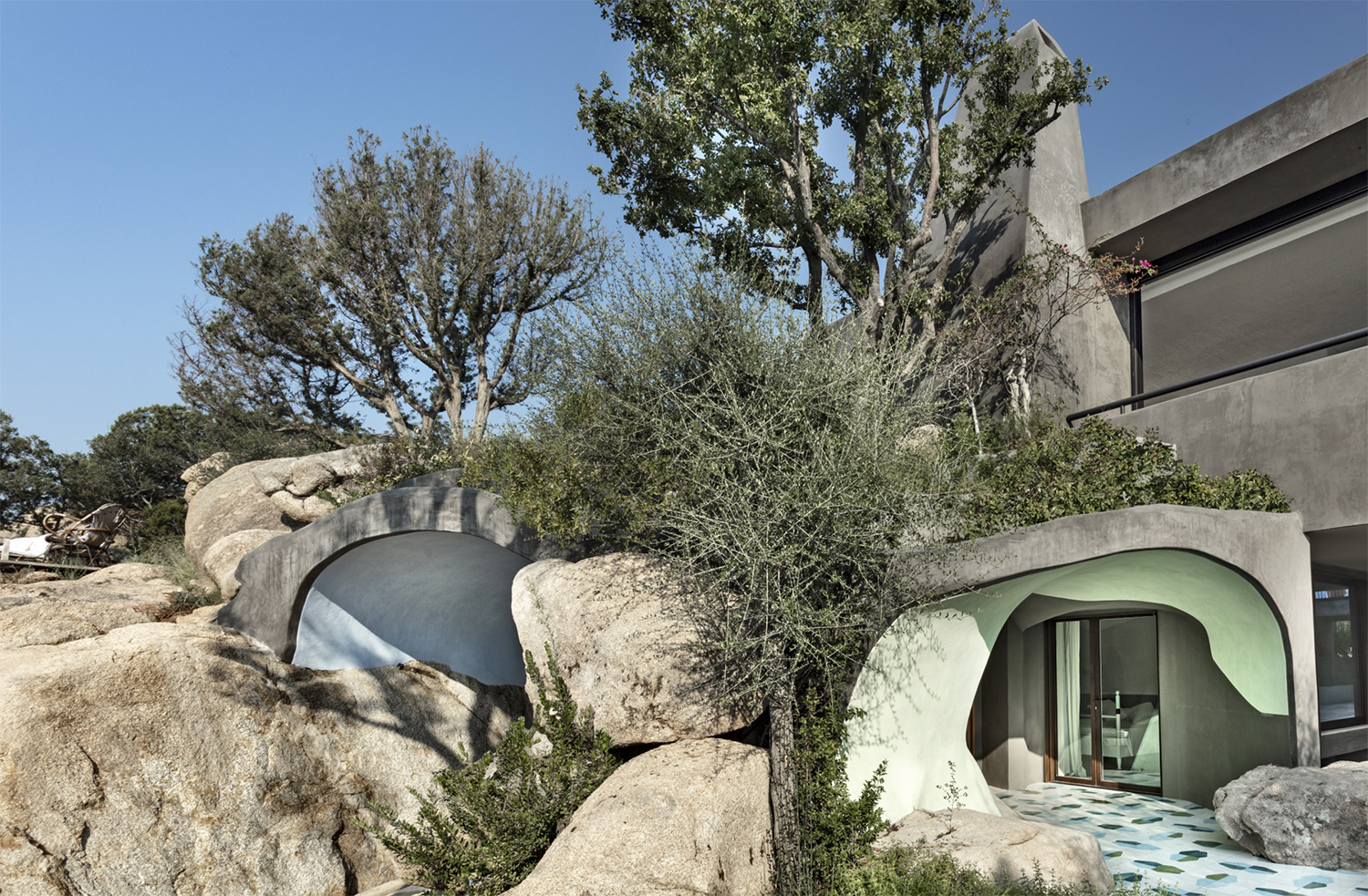 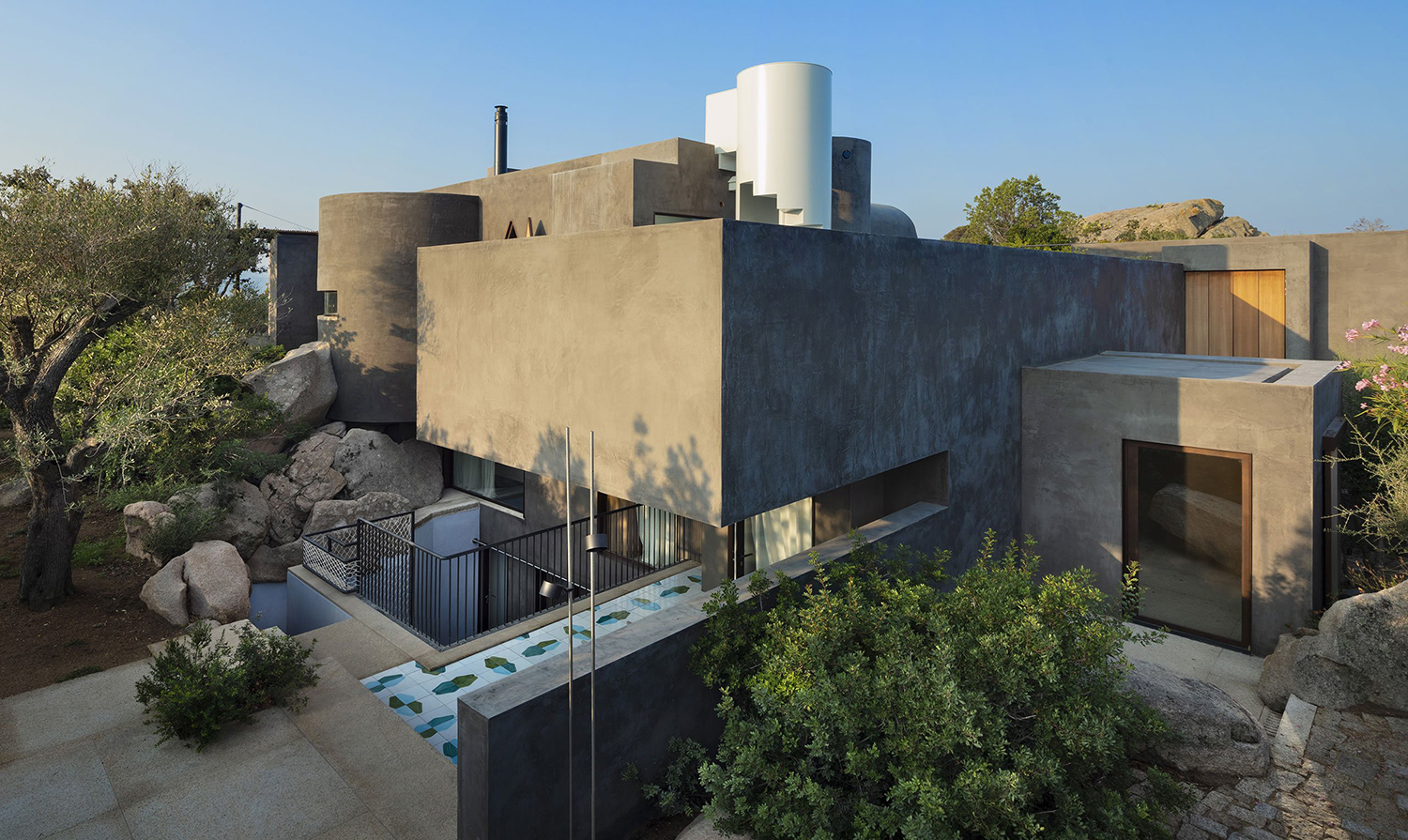 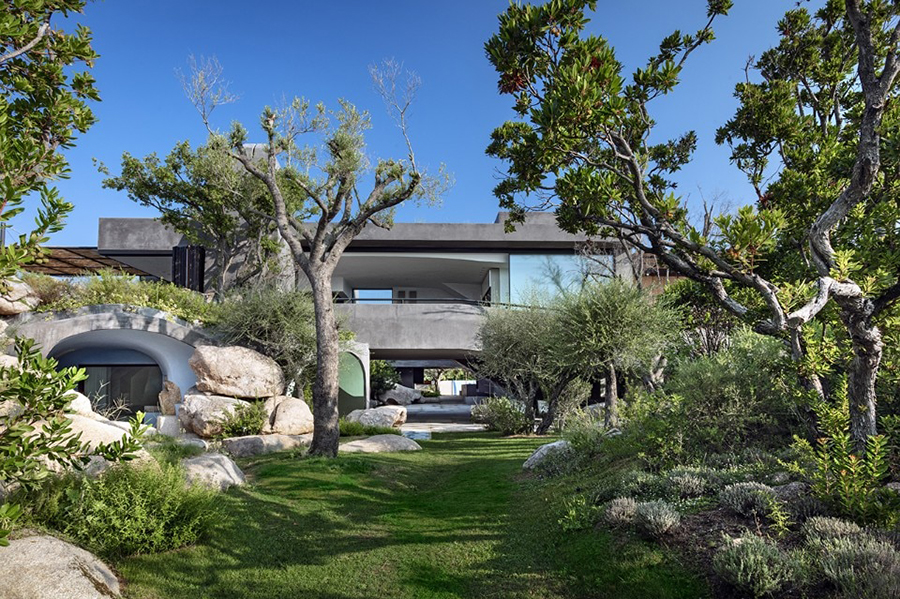 Now the main centre of Costa Smeralda, Porto Cervo is known as a luxury-yacht harbour, billionaires’ playground, Europe’s most expensive and exclusive resort area, and one of the most luxurious resorts in the world. 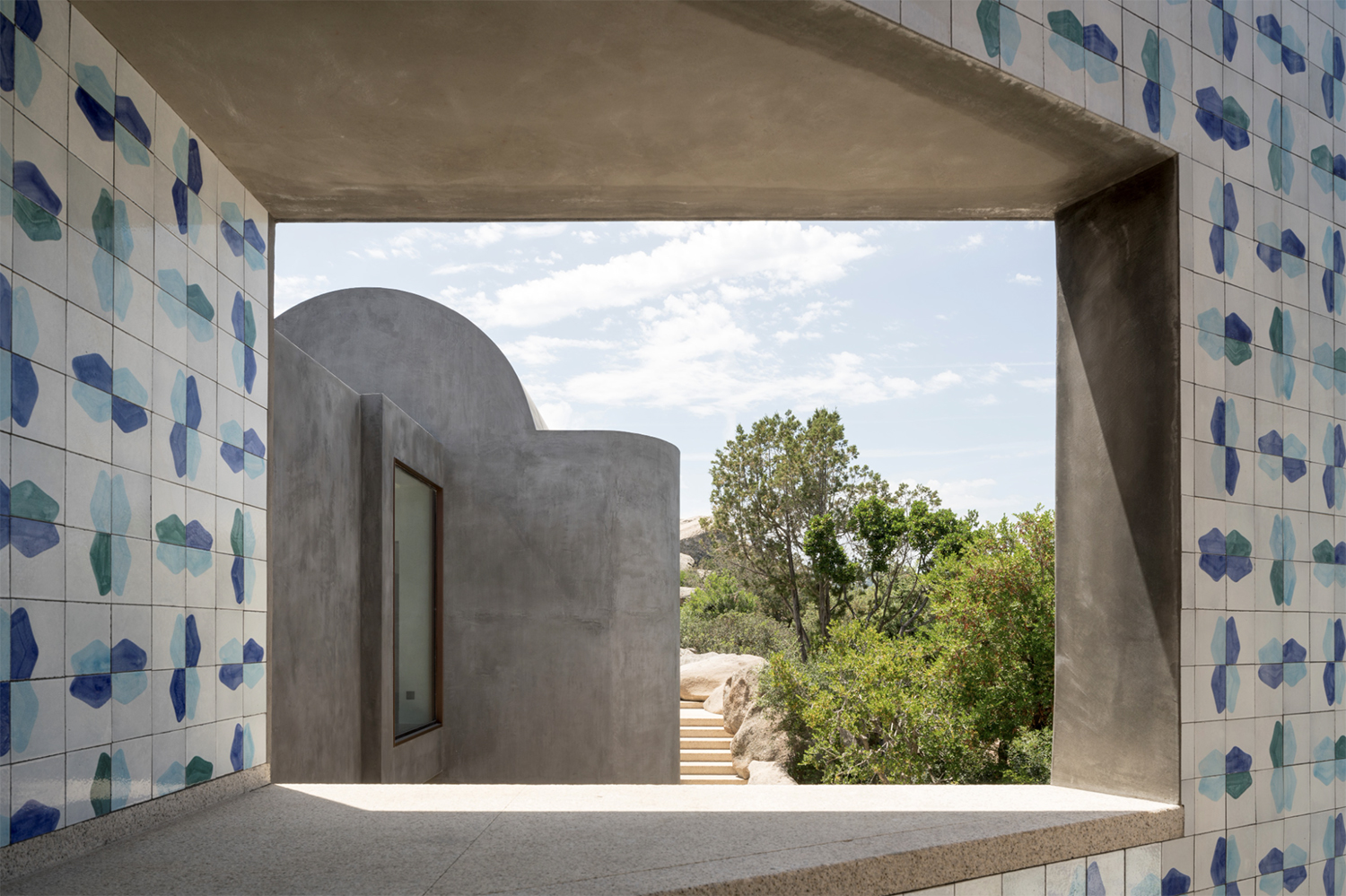 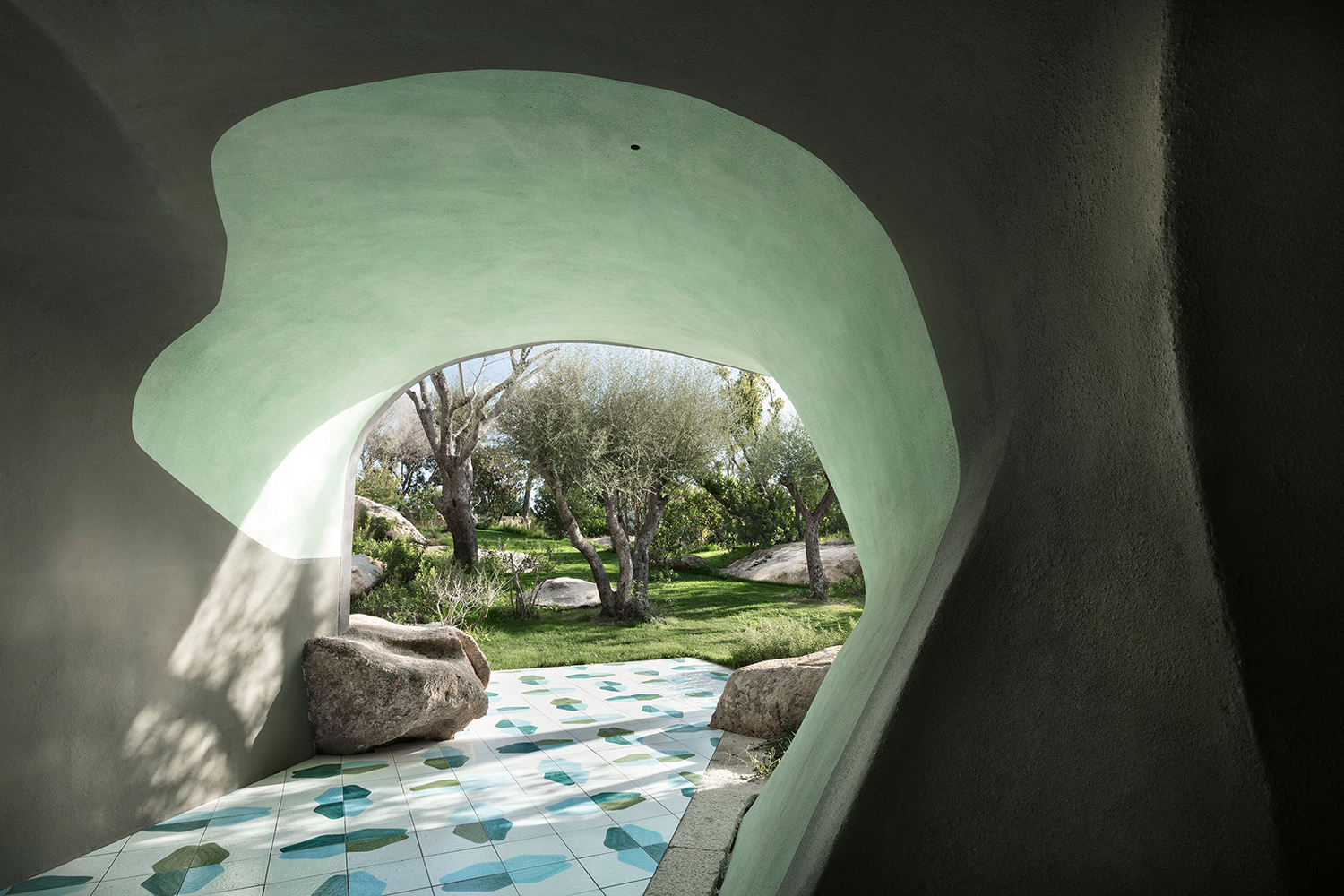 When Stera’s clients, a couple for whom she had already designed a large home in Paris, approached her about a project in Porto Cervo, she was immediately interested. Eventually named “La Grintosa” – translated as gritty, feisty, bold and aggressive, a fighter – the large castle-like residence follows the area’s eccentric tradition and, despite of its incongruous forms and shapes, somehow manages to belong to its 10,000 square-metre (107,640 sq.ft) plot. 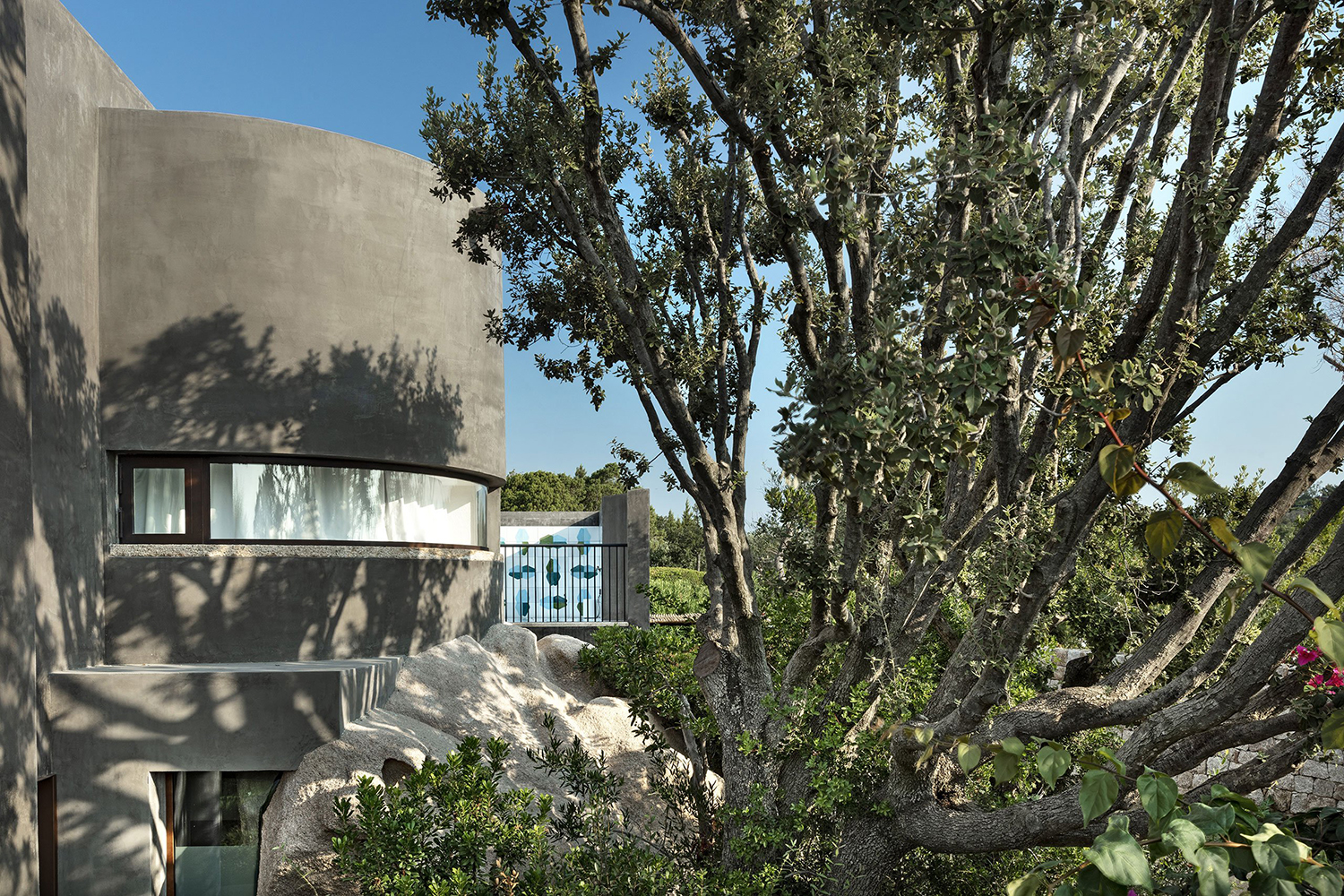 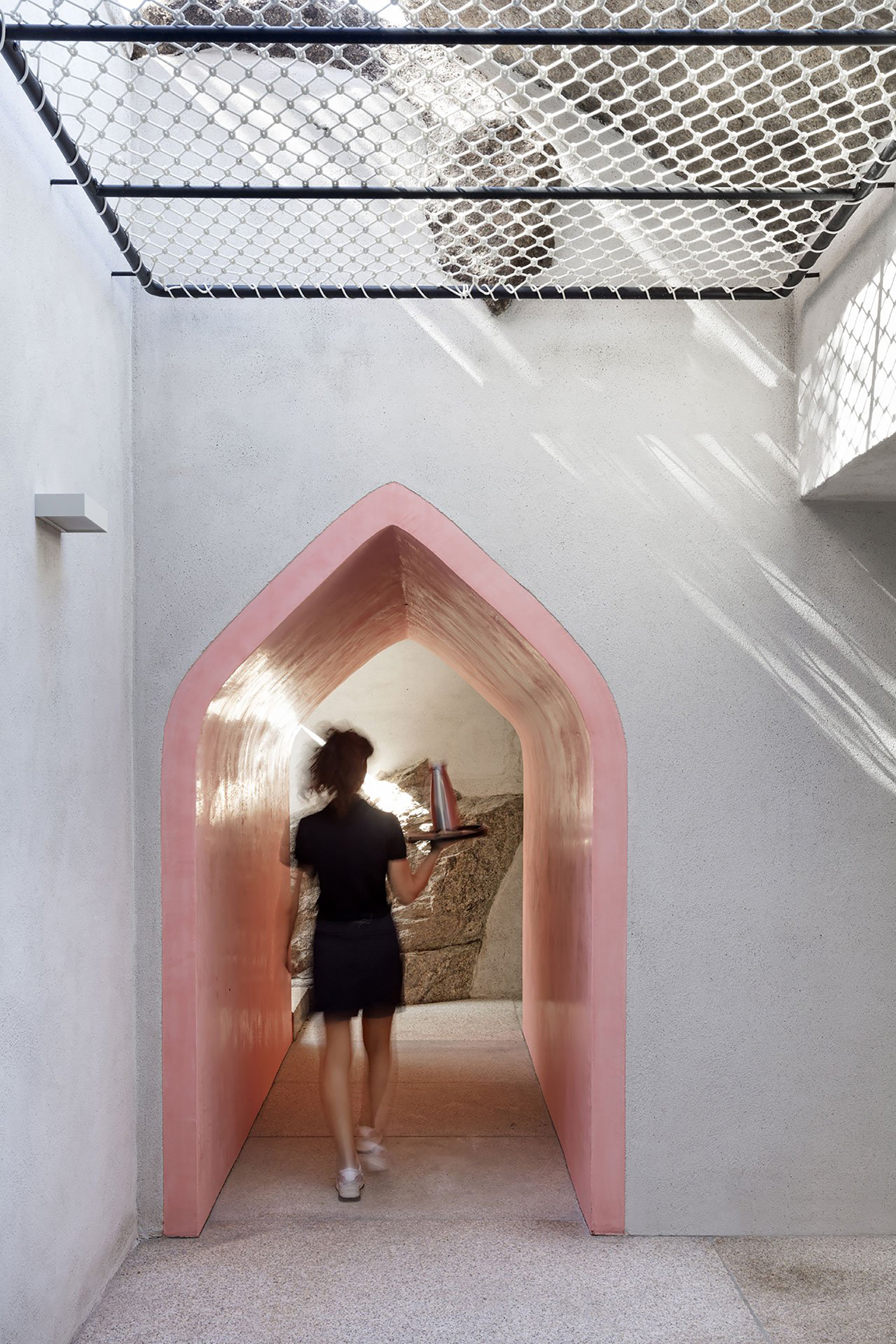 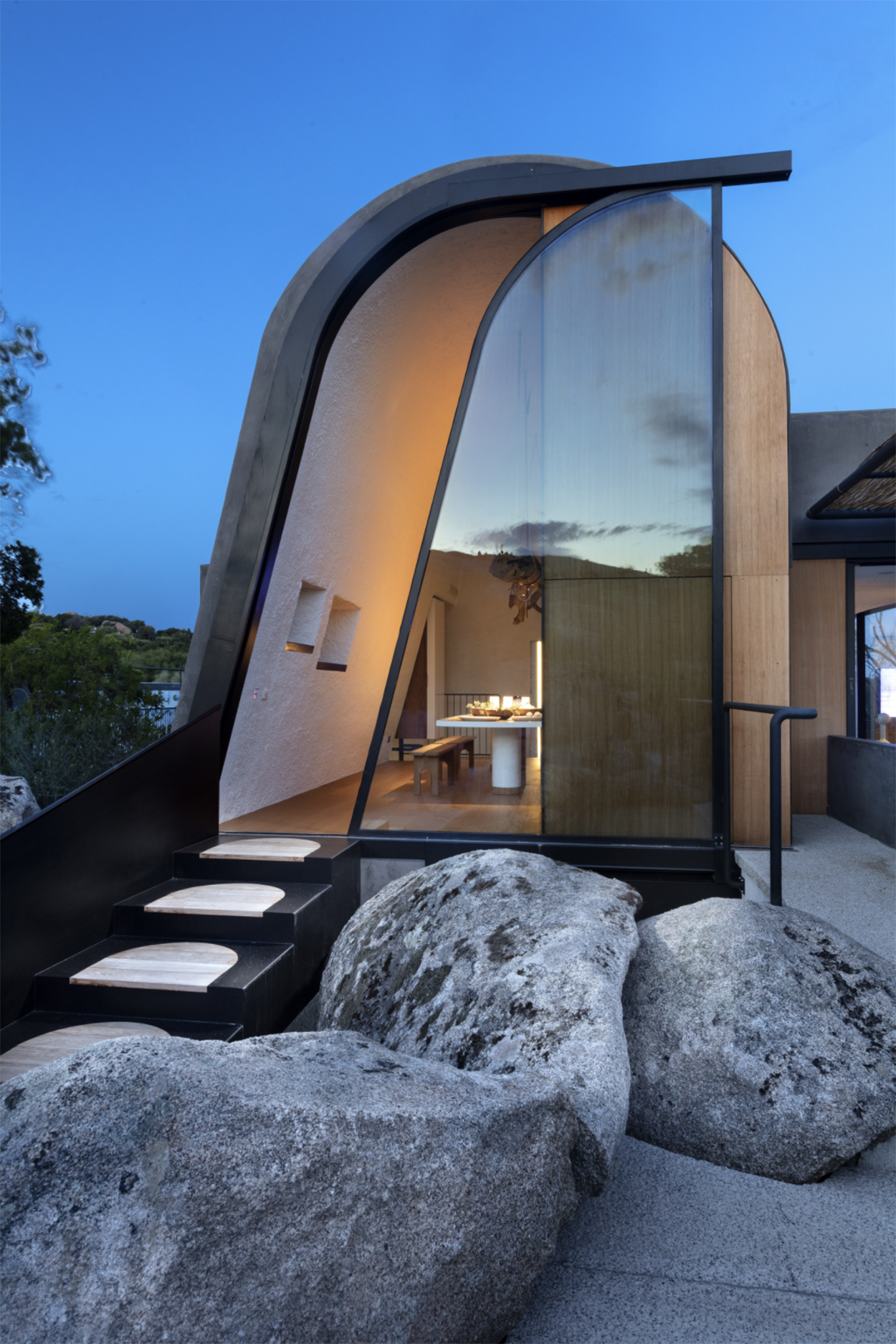 There was an existing house on the site, but it did not take full advantage of the location’s light, access to the sea or the vegetation. The terrain was not easy to work on, as the rugged site is on several heights and the owners wanted to preserve the vegetation. 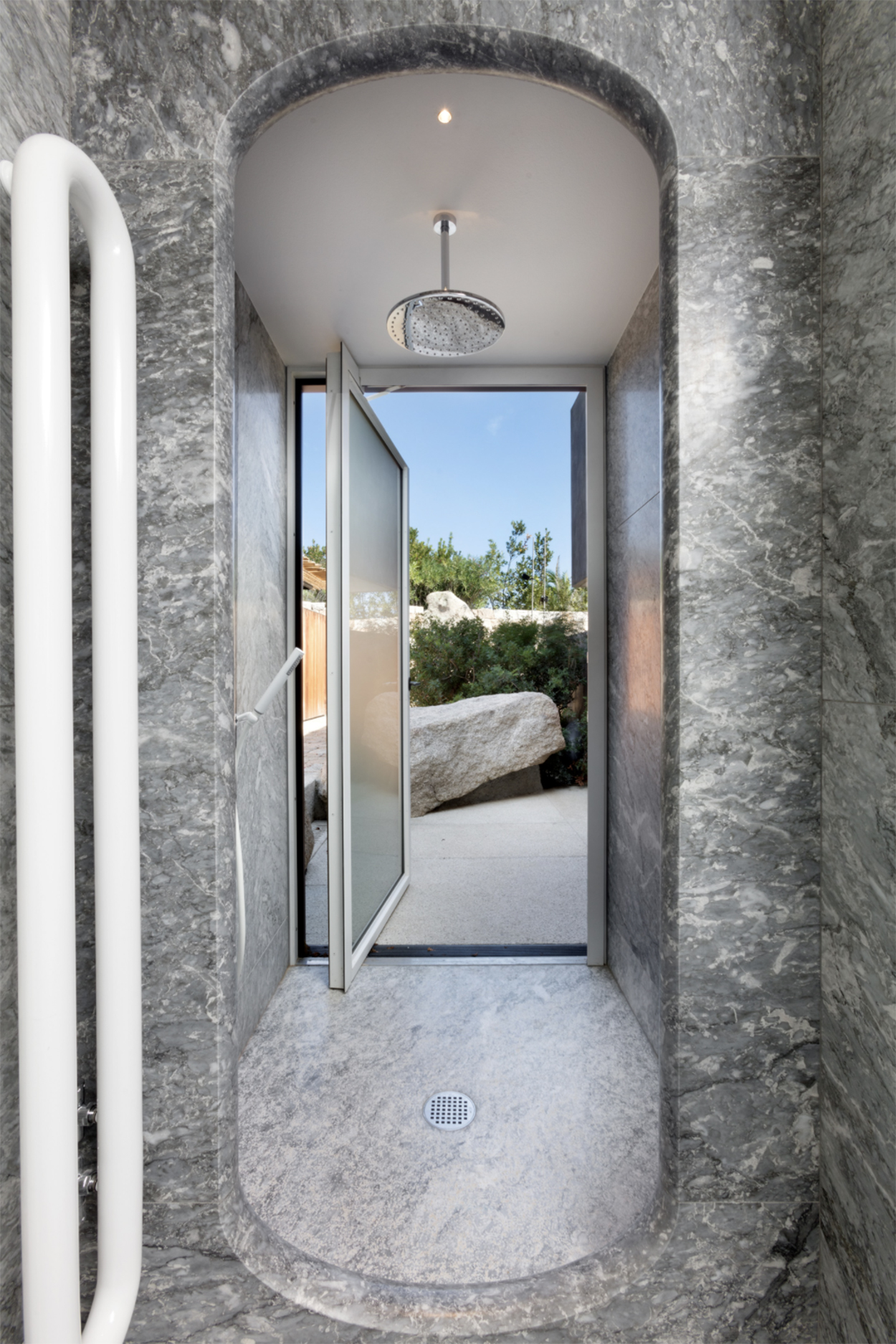 The owners gave Stera exceptional freedom and only requested that the house should be unconventional and provide lots of open spaces. La Grintosa delivers on both of those fronts. It defies definition as it looks completely different from each angle. At every turn, one encounters a surprising shape, an unexpected material, an unconventional colour and striking vistas. It is a veritable fortress full of surprises, and it is no wonder that the process took more than three years to complete. Each room opens to the outside to bring in natural light. Walking in through the garden, one enters a hall that leads to the ground-floor bedrooms on one side and the kitchen on the other. A blue-and-white tiled surprise, with the pattern designed by Stera, not only covers the floor but climbs up the wall as well, leading the eye down, up and toward the curving wall. The dining room, salon, and studio, and the huge master bedroom that includes a dressing room and bathroom, are located on the upper level. Garages, the caretaker’s house and service areas are on the lower ground level and the courtyards and paths compete a walking loop along the property. While La Grintosa is everything we minimalists generally find unappealing – it is busy and undefined, crazy-makingly nervous and imbalanced – it also possesses that magical madness that is necessary to shock and delight us. We cannot take our eyes off it. It makes us smile. It is interesting with a capital I. And, just like we wouldn’t want the whole world designed like this, who would want a world with only minimalism? Tuija Seipell