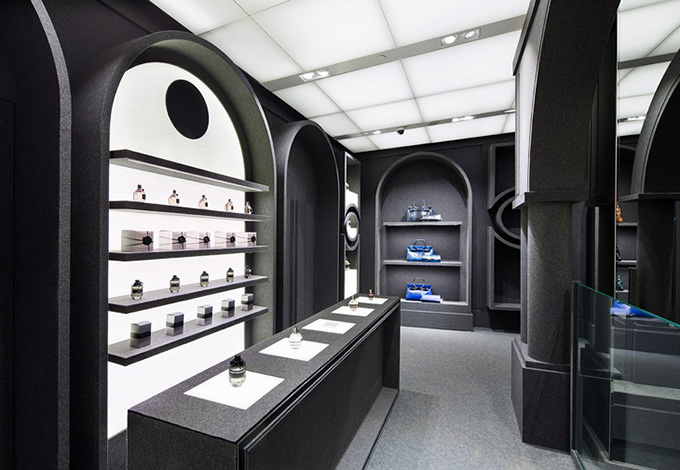 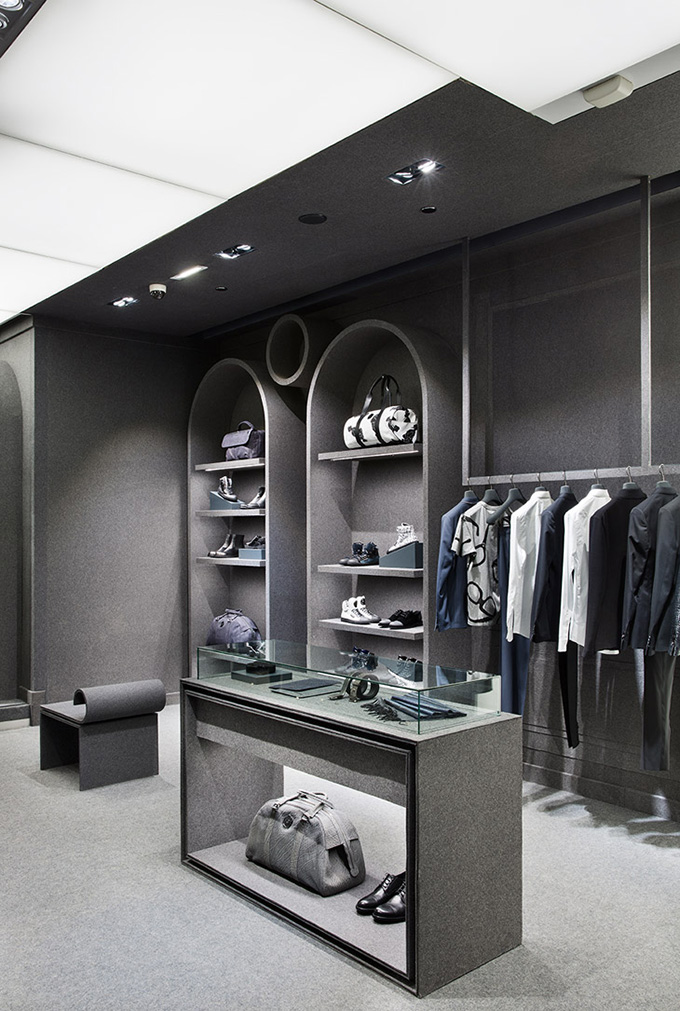 One expects nothing but spectacular from the brand that has been owned by Renzo Rosso’s group since 2008, with apparently deep pockets to support the label’s growth and expansion. 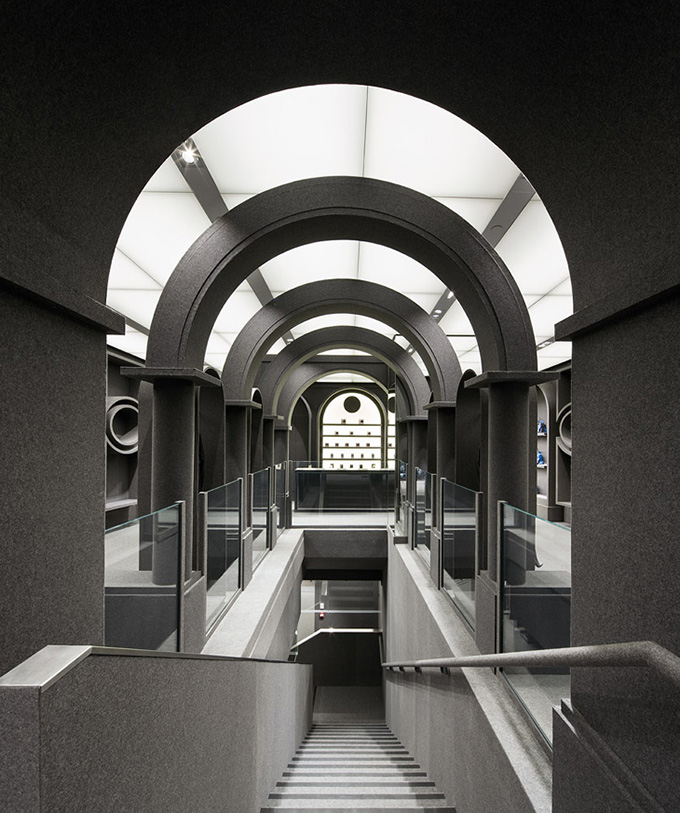 But we did not expect felt-padded walls or the omnipresent grey colour – a hue that now seems to be the new black of retail environments and is in fact getting a bit boring already. 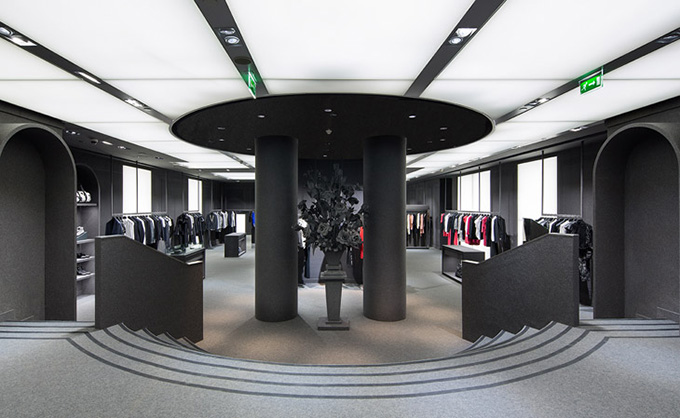 The charcoal surroundings do show off the more colourful pieces, but there’s something quite depressing and aggressive about all that greyness. 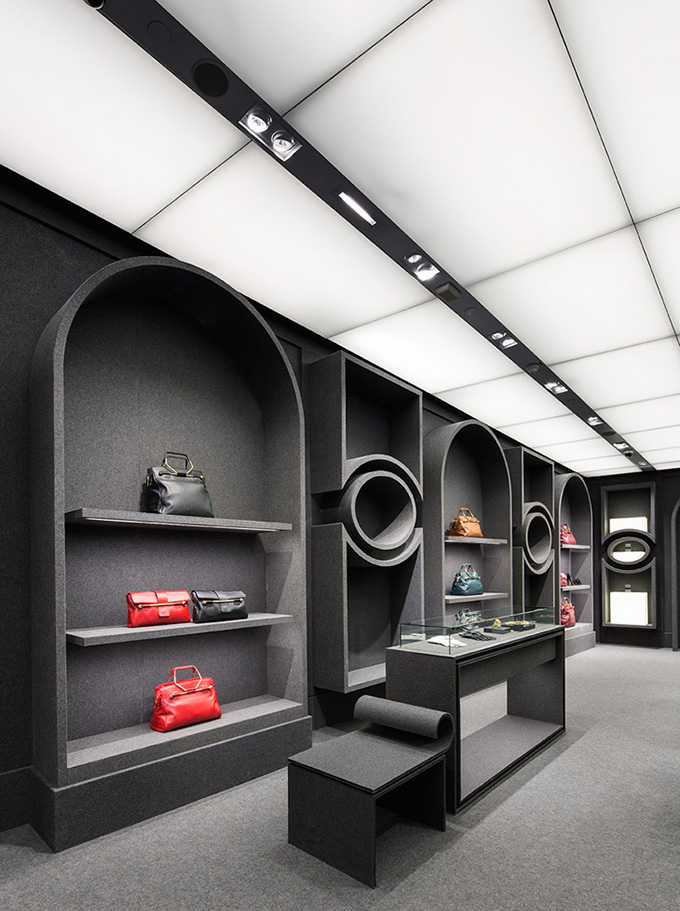 The 7,000 square-foot (650 square-meter) multi-level emporium was designed by the Paris-based Pierre Beucler and Jean-Christophe Poggioli of Architecture & Associés. 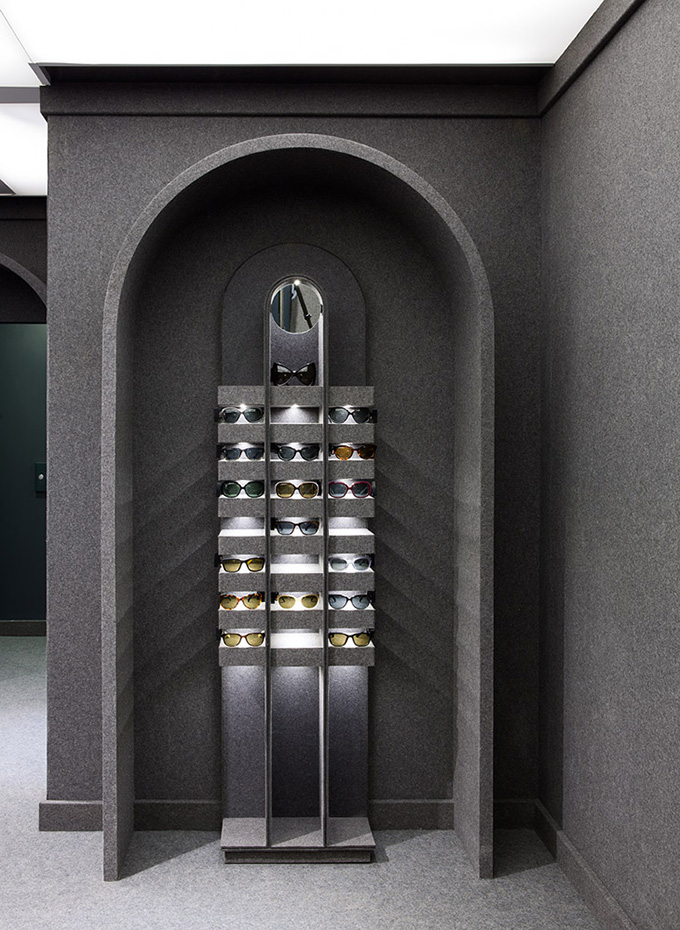 The store houses much of the Viktor and Rolf collection including ladies’ wear, handbags, shoes, eyewear, and a selection of menswear and limited-edition pieces. – Tuija Seipell. 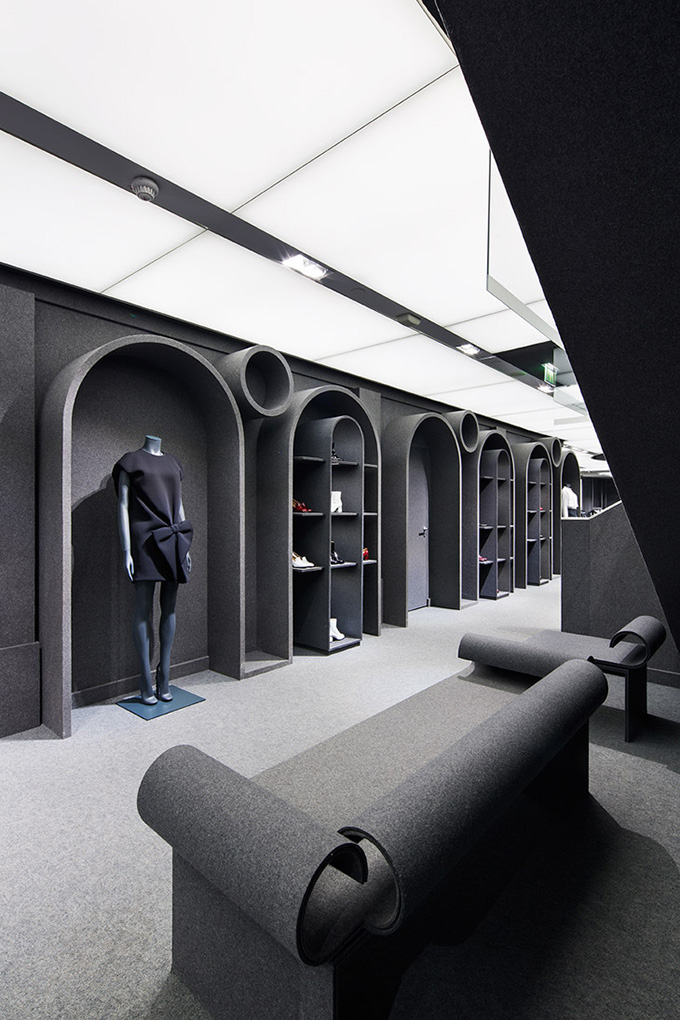