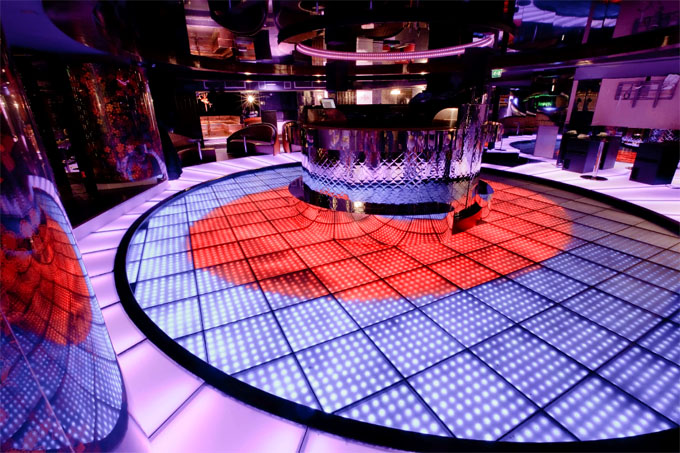 Following their success in London’s Knightsbridge, the Vendome team has done it all again by opening a sister venue in swanky Mayfair.
Fed up with the minimalist design aesthetic that many a upscale West End venue has adopted over the past decade, club guru Freddie Frampton and interior designer Paul Daly got together to see what they could do to fix all this. And fixed it they have.
The club is beautifully finished and has been designed to induce patrons back onto the dance floor. And why wouldn’t you want to dance when the club has installed possibly one of the coolest dance floors that we have seen in a while. The circular interactive video floor cost over a quarter of a million pounds and can display film footage, graphic effects, logos etc. It is topped off with a raised, revolving DJ booth/bar in the centre. Think 70s disco floor meets the future. 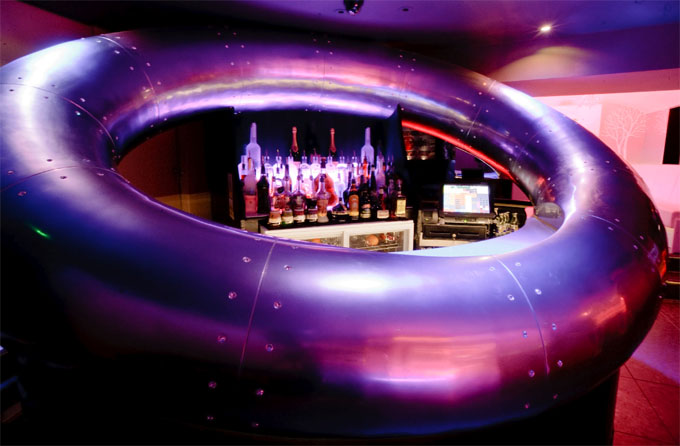 Off to the left of the floor are six individually themed VIP booths, each having being designed by the likes of Jade Jagger, fashion label Core and Dom Perignon.
The club has a distinct retro/futuristic feel, part mirror maze, part Xanadu, part upper-class Jetsons space shuttle, and is sure to be a hit with London’s glamorous Mayfair set (read socialites, WAGs and the occasional reality-TV star).
So, head on down for a ‘molecularly mixed’ drink — if only to check out the dance floor. Just mind you don’t rest your drink on that darn revolving bar’ you may never see it again. We learnt this the hard way. – Brendan McKnight 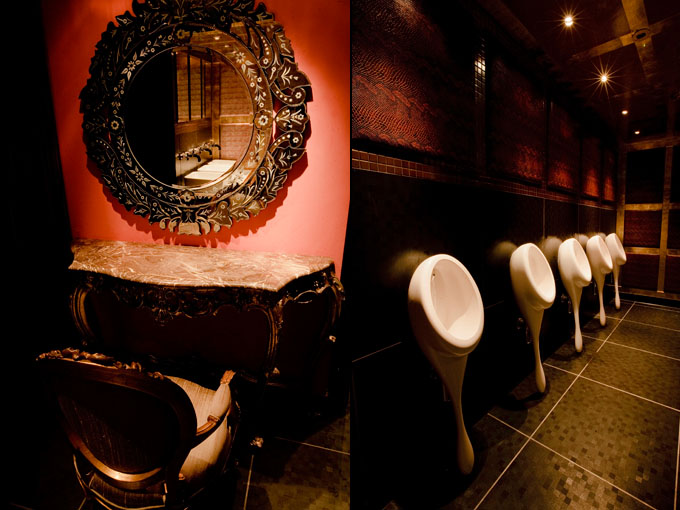