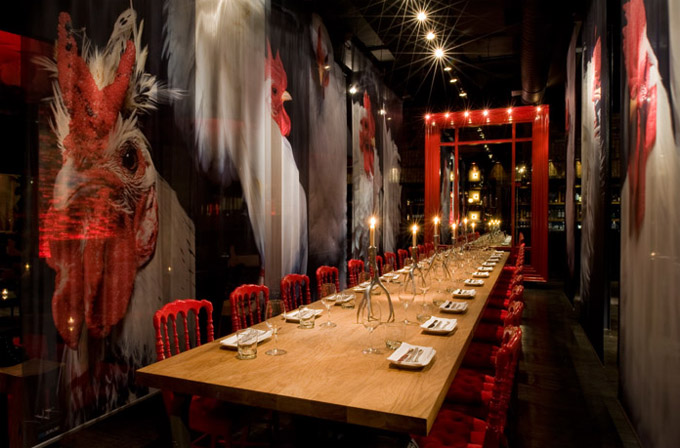 Subtlety is not in the vocabulary, if Toronto’s club king, Beirut-born Charles Khabouth, is involved in an entertainment or hospitality venue. The CEO of Toronto-based Ink has done it again with the reopened ULTRA, designed by Toronto’s Munge Leung. Partners Alessandro Munge and Sai Leung were also in charge of the award-winning design of the original ULTRA five years ago.

The new ULTRA has a dark, hellish and somewhat mad vibe with black and red as the dominant colors, and gigantic images of threatening roosters looming over the 400 or so diners. Photographer Stephen Green-Armytage created the threatening bird pictures. 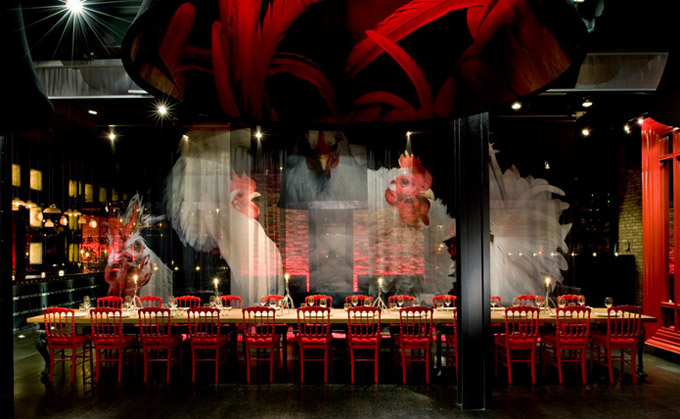 Khabouth’s Ink is engaged in a range of prominent hospitality venues, including the Pantages Suites Hotel & Spa in Toronto (club) and The Beatles Revolution Lounge in the Mirage in Las Vegas. – Tuija Seipell