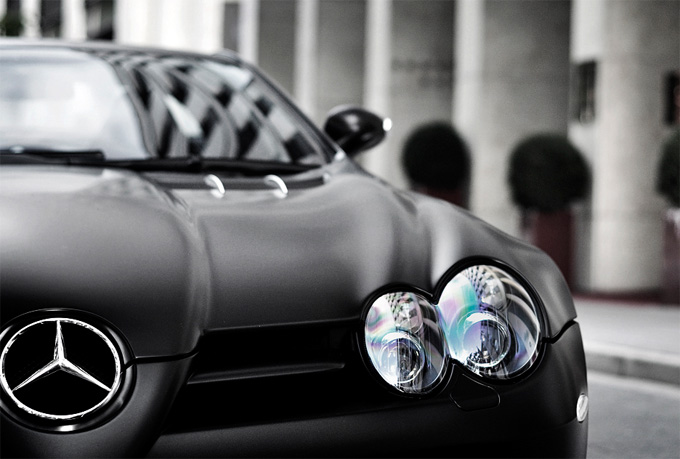 We have experienced dozens of brand and product launches. Much of the time, we are not impressed. Small baby-steps, same-old-same-old, reiterations of existing and stale ideas, broken brand promises, confusing off-brand presentations, mind-numbing marketing-speak, boring PR. Blah blah blah. 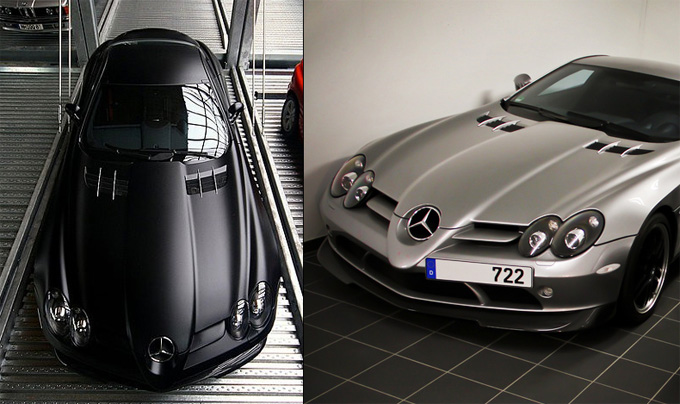 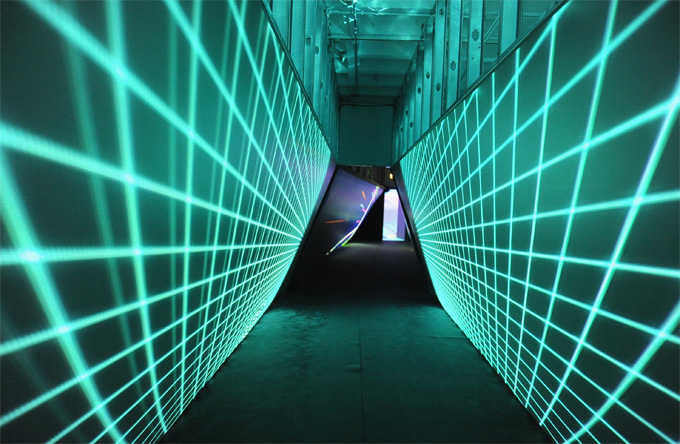 That is the integrity you our readers expect of us, and we expect it of ourselves, too. So, when we sometimes do publish a sponsored post, we always make it clear that it is a sponsored post. This is not one of them. 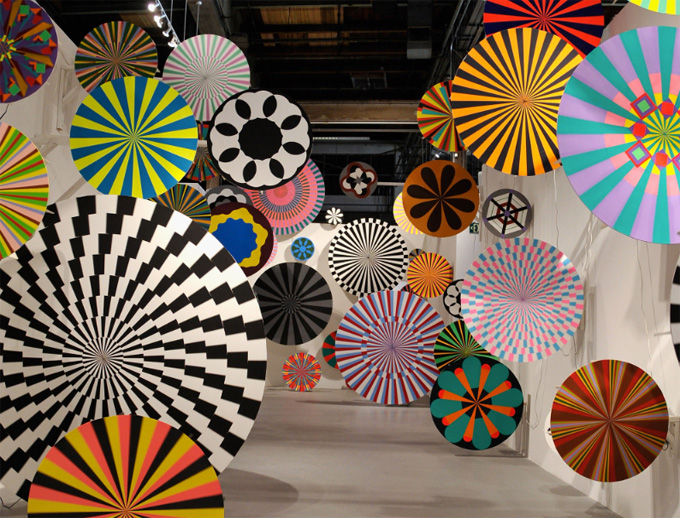 We’ve attended Mercedes launches before and not written about them. But this time, they got us excited! The last few days in L.A. have shown us that Mercedes is serious about creating cool concepts and producing cars that are more edgy, sporty, cool and engaging for a younger audience, a group whose language they have not spoken before. 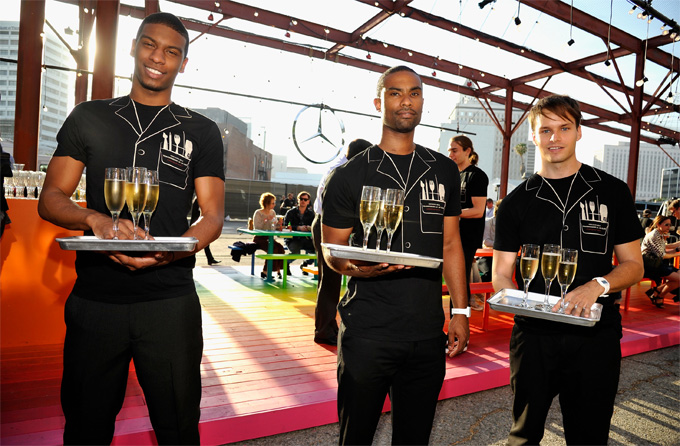 Waiters in black t-shirts with tuxedo print which makes it look like a short sleeve jacket – cool idea
We love it that Mercedes is really trying to do something different. In cars, in events, in branching out, in their approach to reaching a new audience. 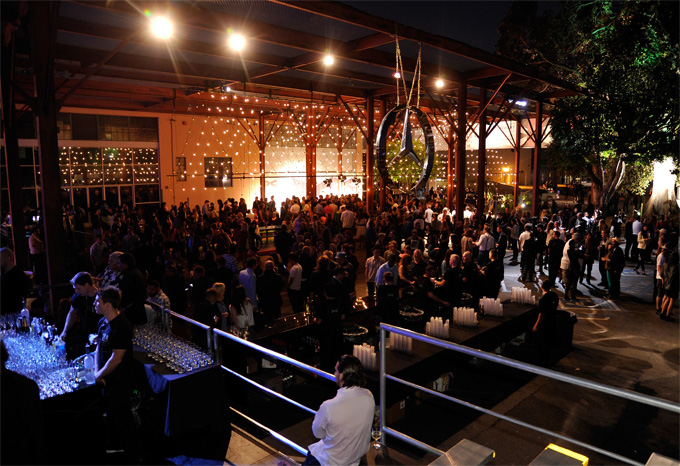 The ‘multidisciplinary festival’ we attended last Thursday at The Geffen Contemporary at the Museum of Contemporary Art (MOCA) in L.A. is called Transmission L.A: AV CLUB – presented by The Avant/Garde Diaries and curated by Mike D of the Beastie Boys. The festival runs from April 20 to May 6 and it is free and open to the public. It is a mixture of contemporary art, design, music, film and food. 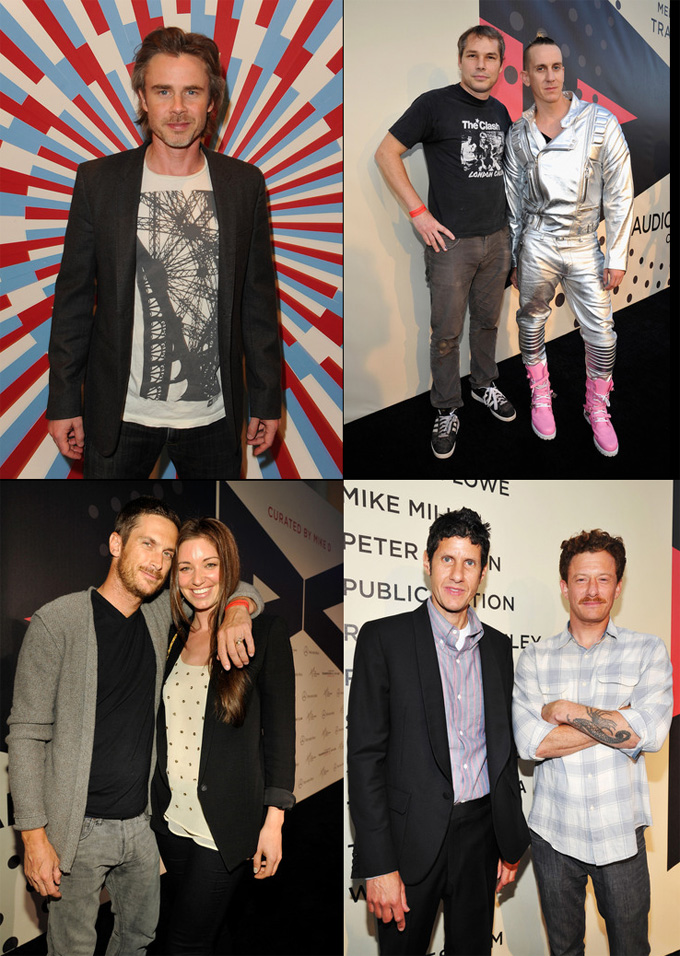 The star vehicle of the event is the Mercedes-Benz Concept Style Coupé, the new midsize four-door luxury coupé scheduled for market launch next year.

With the release of the A class later this year, Mercedes started to approach the younger, savvy consumer market. They’ve had to rethink and redevelop their design strategy and marketing but, while the car drives beautifully, the look does not match the promises hinted at during the concept stage. We wanted more. Bolder, edgier, something that really does draw the eye. 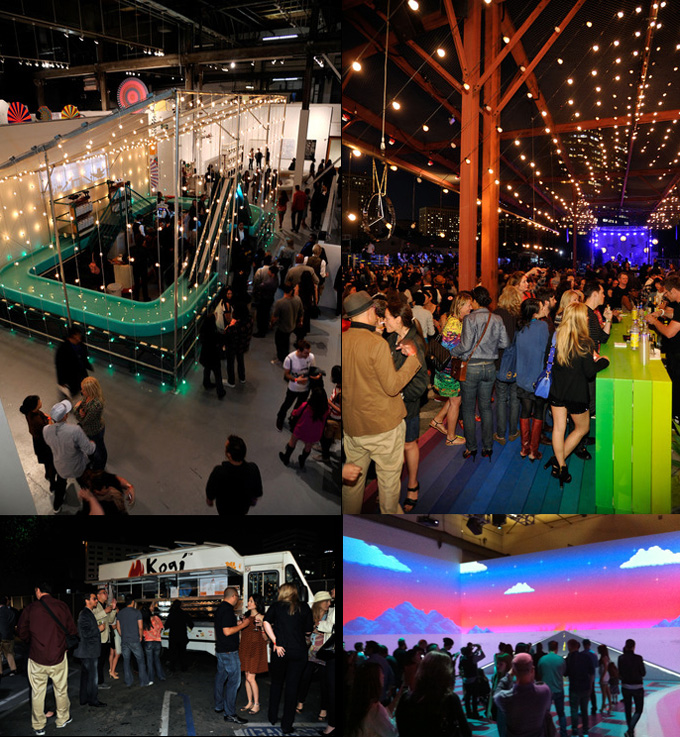 We think this latest concept, the Mercedes-Benz Concept Style Coupé, has the potential to make a splash. This week in L.A. Mercedes certainly pulled out all the stops with the festival, celebrations and parties attended by the Who is Who in hipster L.A. Mercedes launched this new car in a way they have not launched before. They understand that street art matters and they enlisted Mike D of the Beastie Boys to bring into this international meeting point of the avant garde his favorite artists and musicians, including Benjamin Jones, Mike Mills, Tom Sachs, Lauren Mackler from Public Fiction, Sage Vaughn, Isaac from Still House Group, Peter Coffin, Roy Choi and Will Fowler. 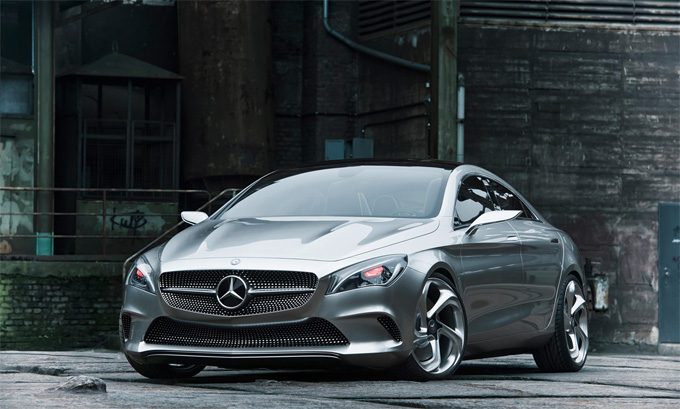 Mercedes had the new car as part of an installation with headphones you listen to while the lights above created a light show on the car, bathing the ‘new baby’ in a cool artistic shower. Very impressive. We have been to many, many car launches before and they are mostly boring. This one was different and interesting, with lots of talking points and lots of ways to engage the audience. 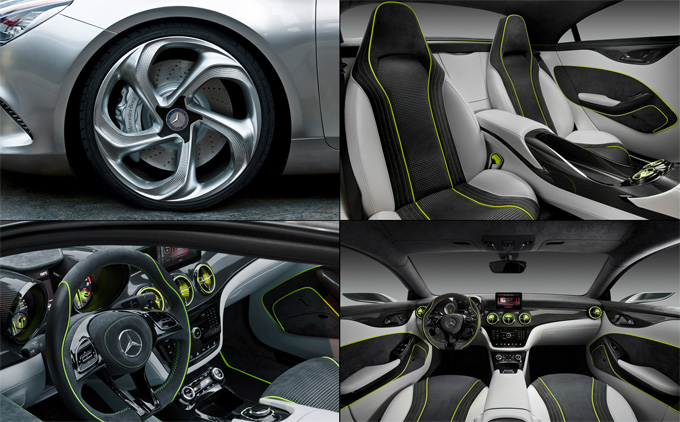 Here’s a video of what the exhibition looks like. Go visit it while it’s still on! – Bill Tikos