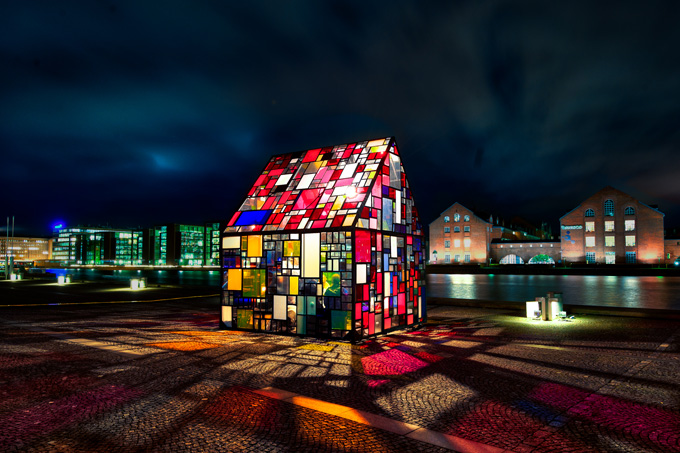 New York artist Tom Fruin’s outdoor sculpture Kolonihavehus in the plaza of the Royal Danish Library in Copenhagen has the appearance of a friendly and colourful stained-glass house, yet it also evokes thoughts of churches and Charles Rennie Macintosh. 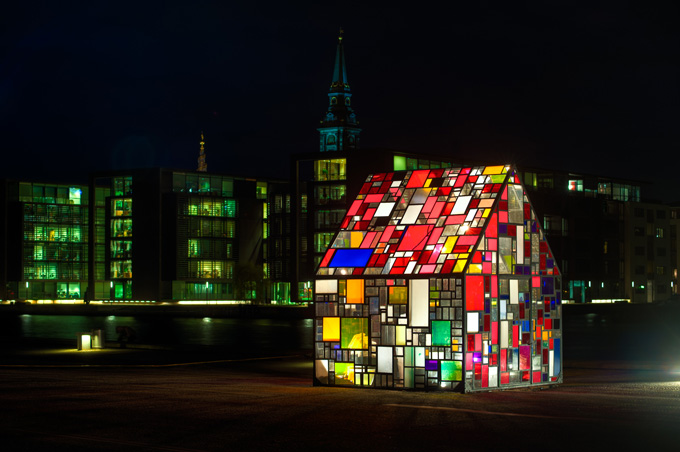 Fruin’s sculpture is constructed of a thousand reclaimed pieces of plexiglass ranging in size from 2×2 to 24×36 inches. They originate from many sources, including a closed- down plexi distributorship near Copenhagen, a framing shop, the basement of the Danish State Art Workshops, and the dumpsters outside the Danish Architecture Center. 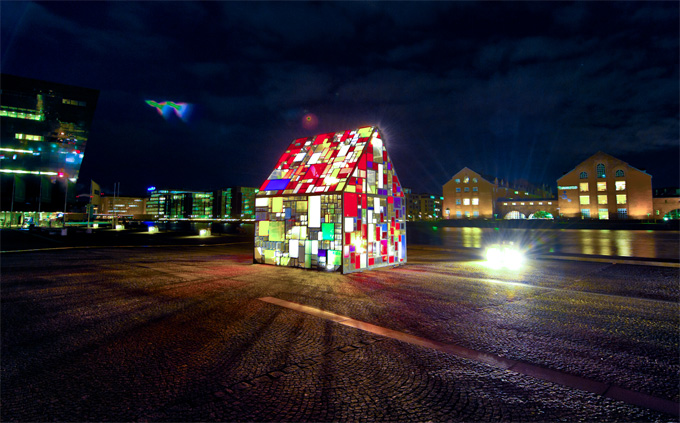 The sculpture was brought to life by daily performances by Copenhagen-based CoreAct headed by Anika Barkan and Helene Kvint. The performances included poetry of the Danish Vagn Steen, Computer-controlled light sequences by Nuno Neto and a sound installation by Astrid Lomholt. 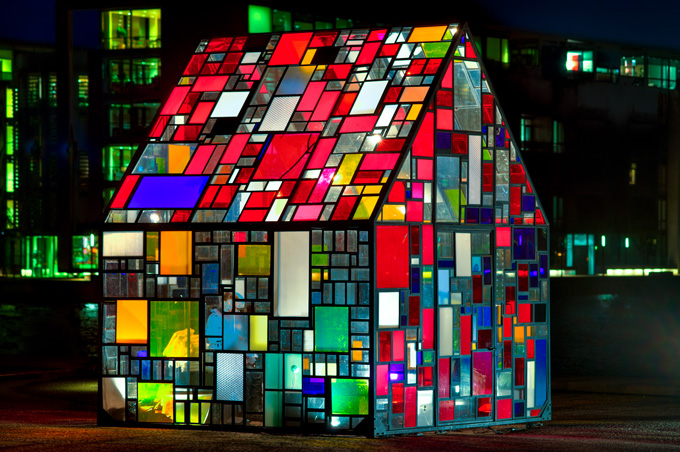 Kolonihavehuses were originally small garden sheds that were designed to give cramped and often impoverished city-dwellers a small plot and a refuge from city life. – Bill Tikos 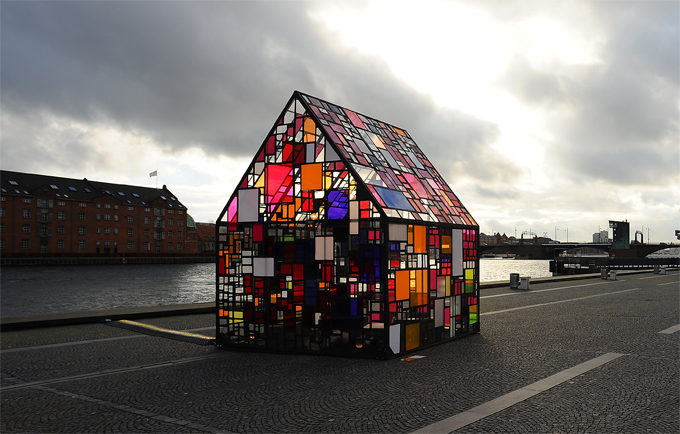