This Is Someone’s Garage in Thailand 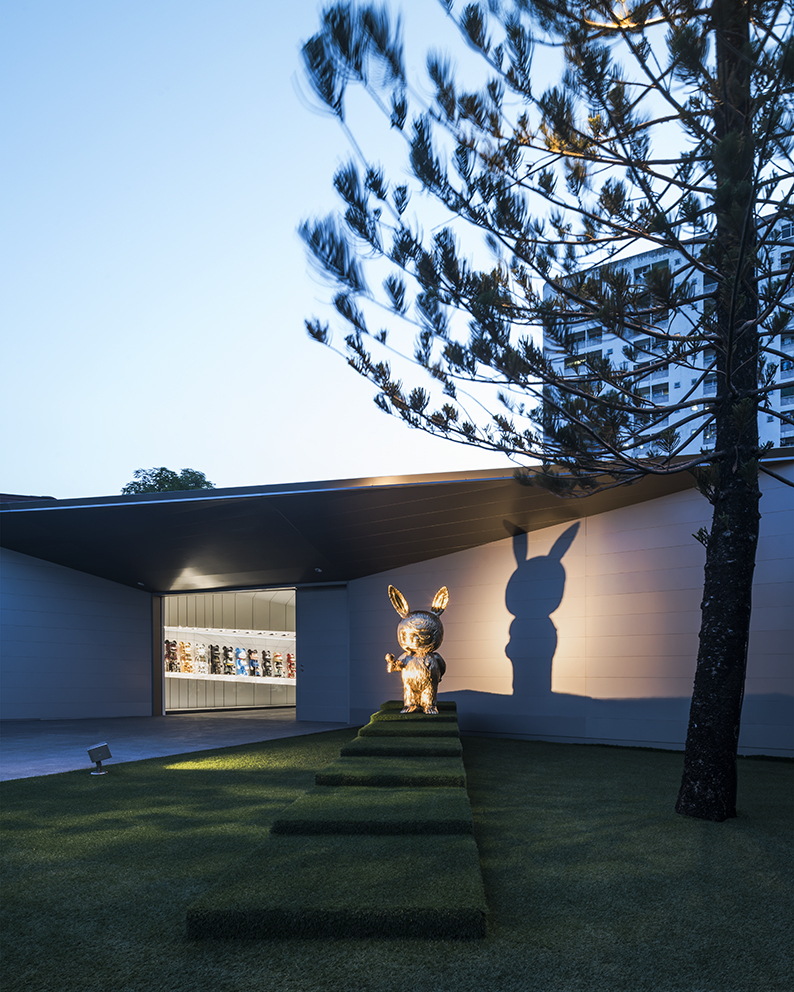 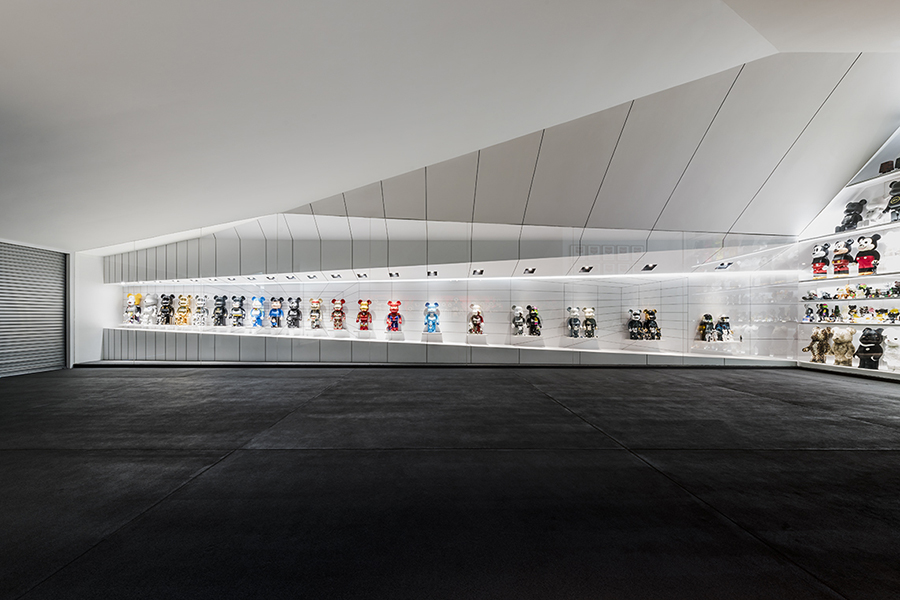 Owners Khun Poy and Khun Pond are avid collectors of art and other collectables, so before long, Onion was back, designing the Bear Garage, a mind-blowing setting for the couple’s massive collection of [email protected] 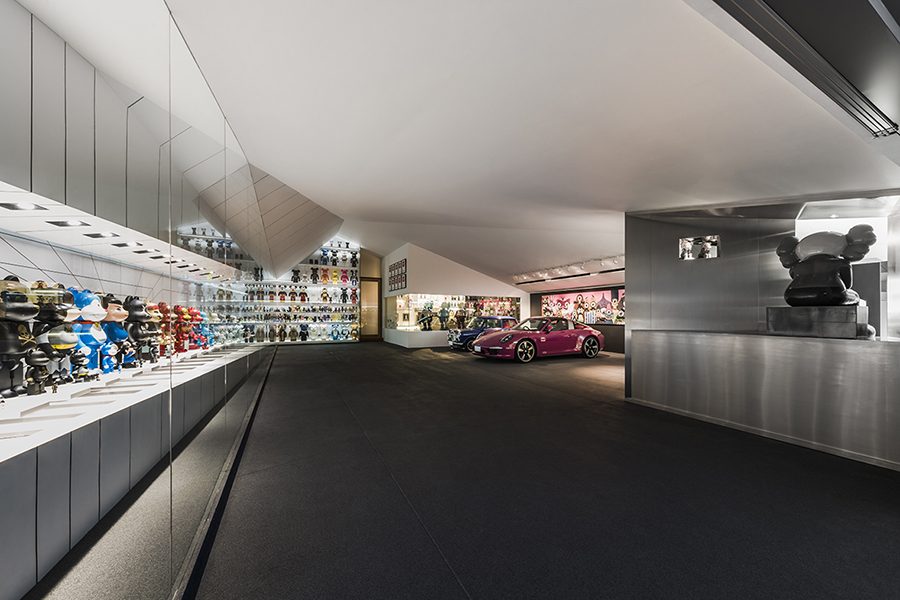 The couple owns hundreds of bear-shaped collectable brick toys by the Japanese company MediCom Toy. The first-ever figure was released in May 2001 as a gift of the World Character Convention 12 in Tokyo. Since then the company has released Bearbricks of various sizes, made of various materials including wood, felt and glow-in-the-dark plastic. 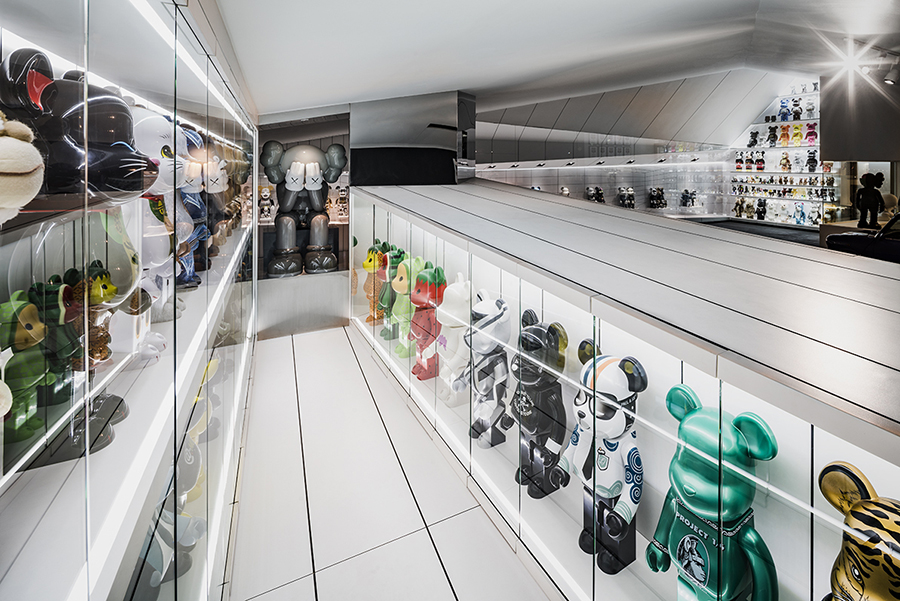 Collaborations with artists, special promotional bears for movies, and individual, super-rare items are added to the regular, twice-yearly releases. The rarest of items sell for several hundreds of thousands of dollars at auctions. 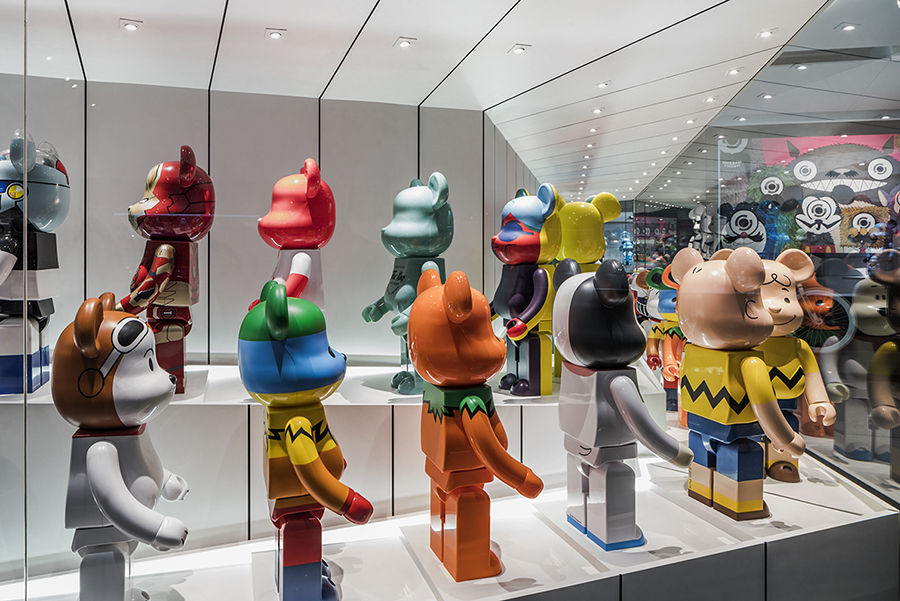 The Bear Garage proprietors have not only provided their collection a spectacular display area but they are also hedging to accommodate even more bears. Shelves and special boxes have additional room for multiple sizes of each bear, while specific individuals are found elsewhere in the house, including in the bathroom. 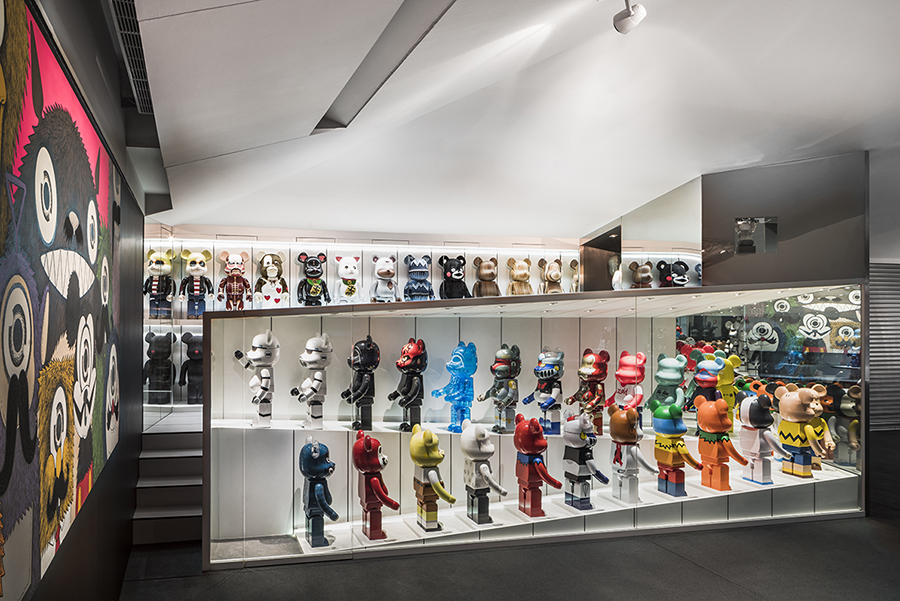 A large window from the living room opens into the collection. Elsewhere in the house are also artworks by the late Thai street artist MMFK (Pharuephon “Tum” Mukdasanit, also known as MAMAFAKA) as well as P7, another Bangkok-based contemporary street muralist. Tuija Seipell. 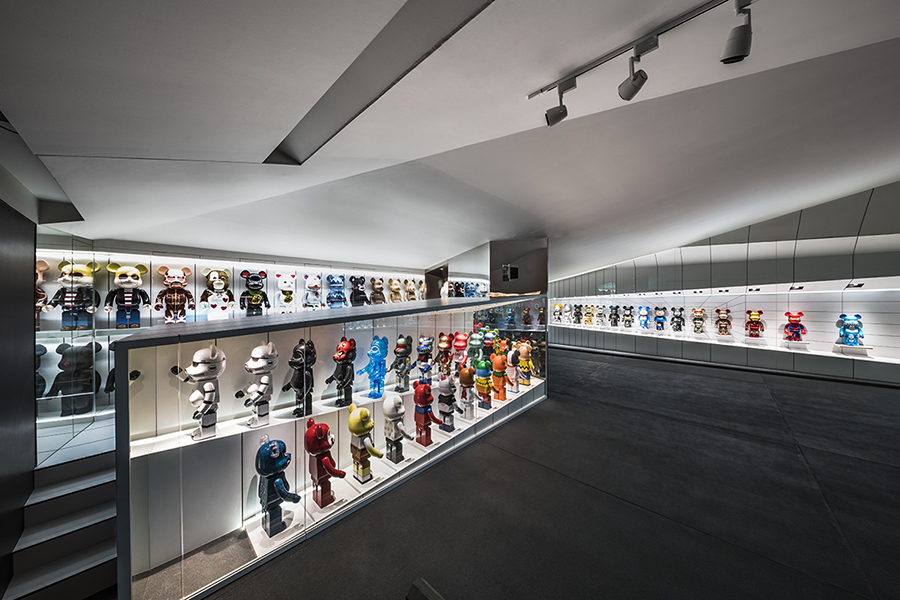