The Velopresso – A Mobile Espresso Bar 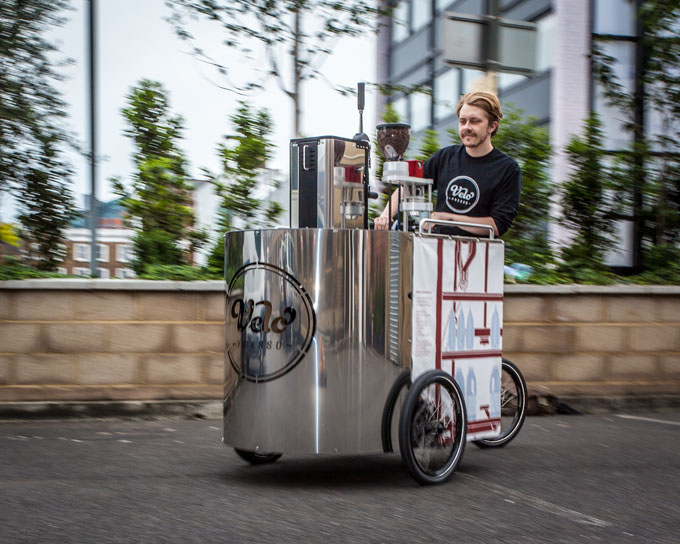 Combining their three loves — coffee, cycling and sustainability — inspired two London Royal College of Art product design students to create a mobile espresso bar, the Velopresso, that operates on pedal power. No electricity, no tethers. A truly free-wheeling carrier of caffeine!
This concept has surfaced before in more tentative forms but the Finnish designer Lasse Oiva and London designer Amos Field Reid have taken it to a sophisticated level. To a point where they are now looking for an industrial producer for their invention that has won the Deutsche Bank Award 2012 (Design) and placed second at the 2012 Pininfarina Design Contest. 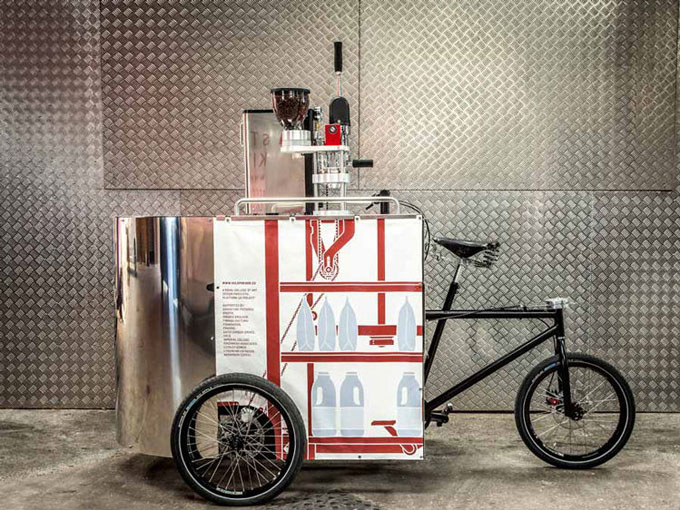 Just five seconds of pedaling the trike will grind enough for a double shot while a camp stove heats the water and steam than powers the espresso machine. The designers are also working on a way to generate their own fuel by repurposing the used coffee grounds.
We think that Velopresso would be perfect for events, camping areas or any other location where a good espresso is absolutely necessary, even if electricity is not available. – Tuija Seipell