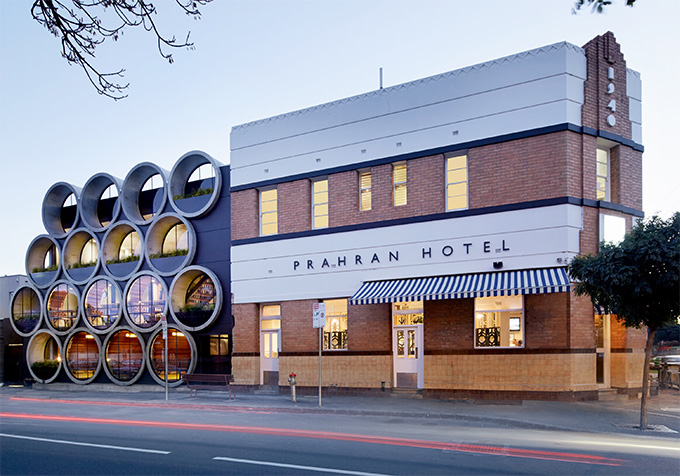 A rear of a small inner city Melbourne pub has been transformed from a tiny add-on back extension into a voyeuristic playground by Techné Architects. The clever rethinking of the space has effectively turned the 130m2 back area of The Prahran Hotel into 300m2 over three levels. 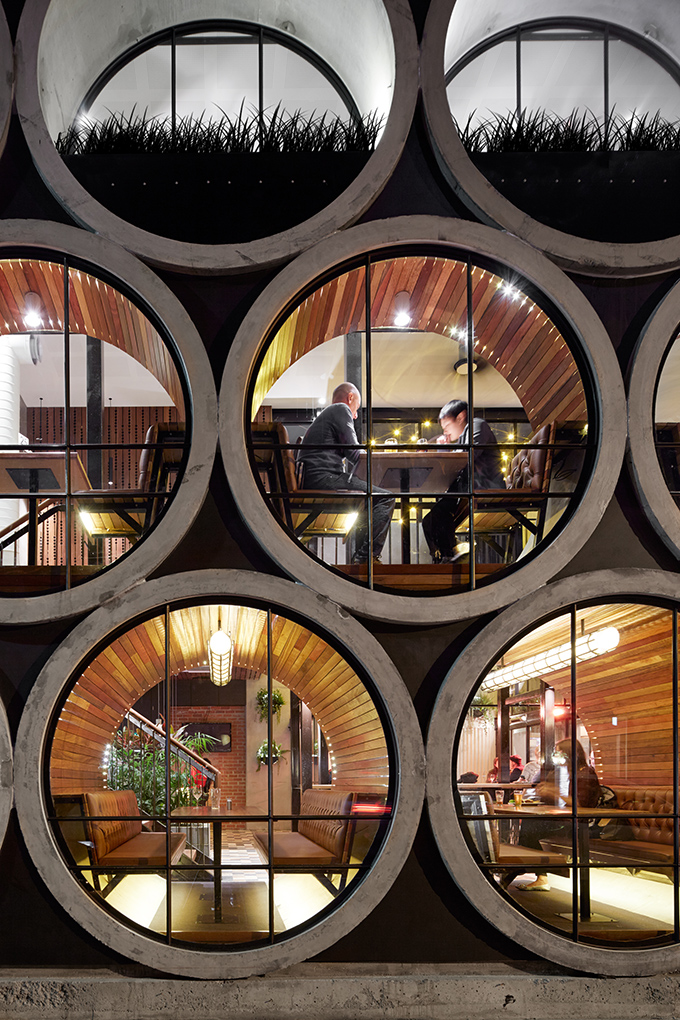 The star of the design is a series of 17 ½ concrete waterpipes. These concrete culverts dominate the striking street façade. 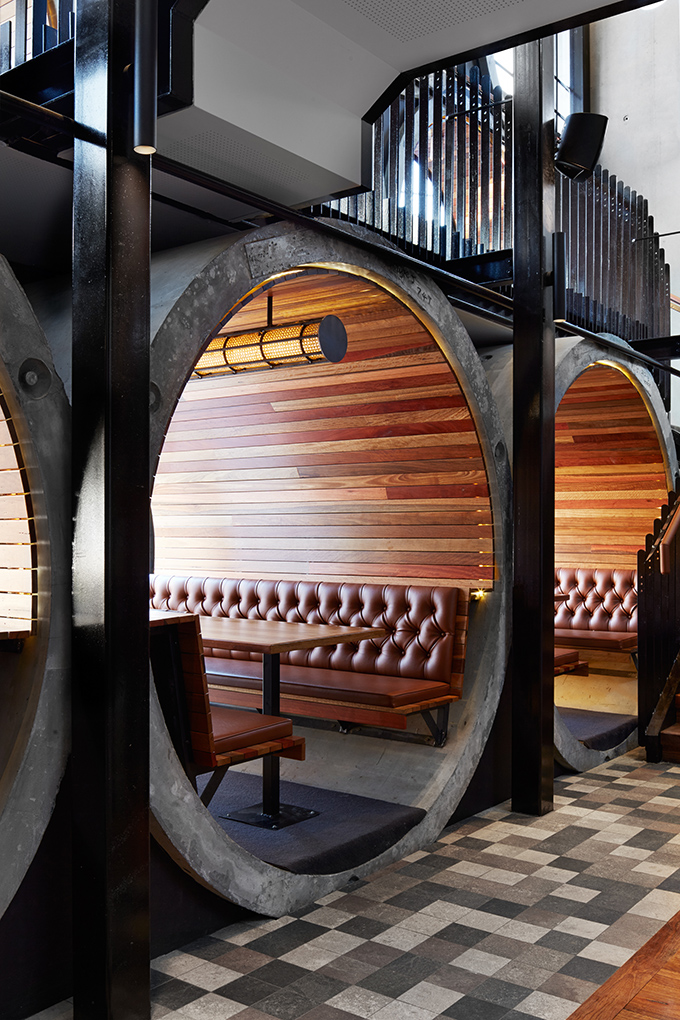 For architect Justin Northrop, the pipes add a lot more than drama to the hotel’s exterior. ‘Inside you are climbing over the pipes, sitting in them, or on them at various levels. They have a lasting impact on the space.’ 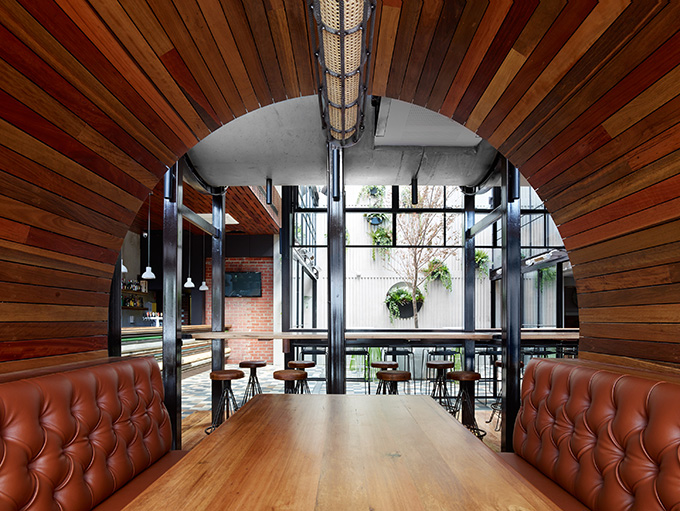 Guests can sit in booths inside the pipes. ‘We were looking for a sense of drama and theatricality,’ says Northrop. 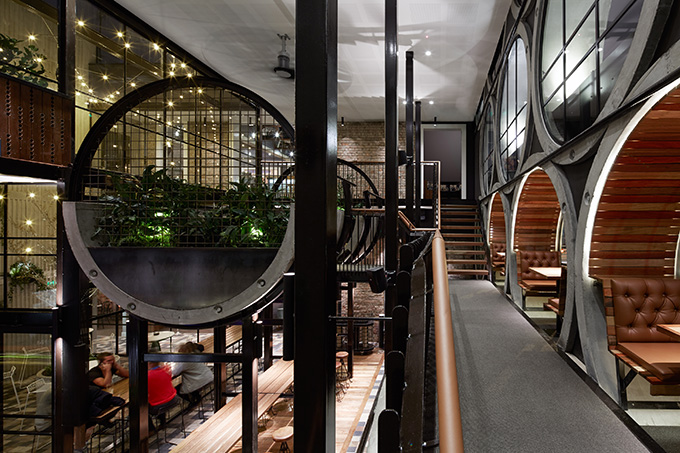 Booths can be seen from the street, and throughout the interior of the hotel. Each booth, that seats up to 12, features leather upholstered banquettes and is lined with recycled spotted gum slats and acoustic absorption mats. ‘The voyeuristic nature of these pubs is very important, the way the space is connected visually,’ says Northrop. 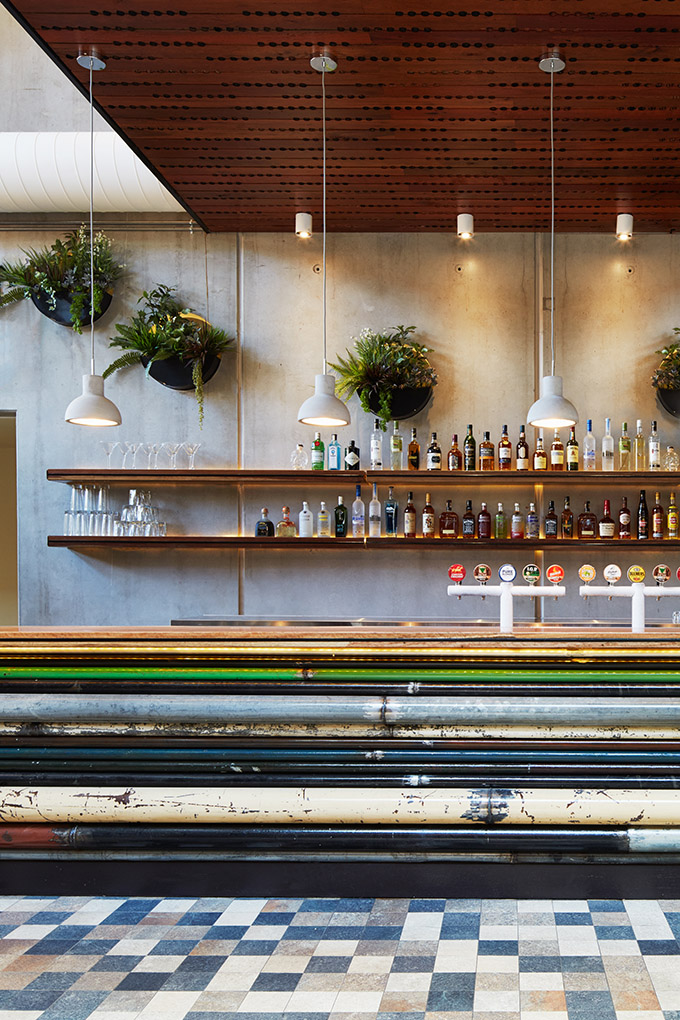 The project is the fifth pub collaboration between Techné and hotel group Sand Hill Road (SHR has pubs around Melbourne and moonlight as successful film producers). Pub Group’s Matt Mullins was not trying to create a gastro pub. ‘I want it to be accessible, for locals, for neighbours,’ he says. At the same time, the close collaboration with Techné in the past meant Mullins was more than open to left-field design ideas. The main bar features salvaged pipes, concrete cast lamps and plantings by Ayus Botanical. 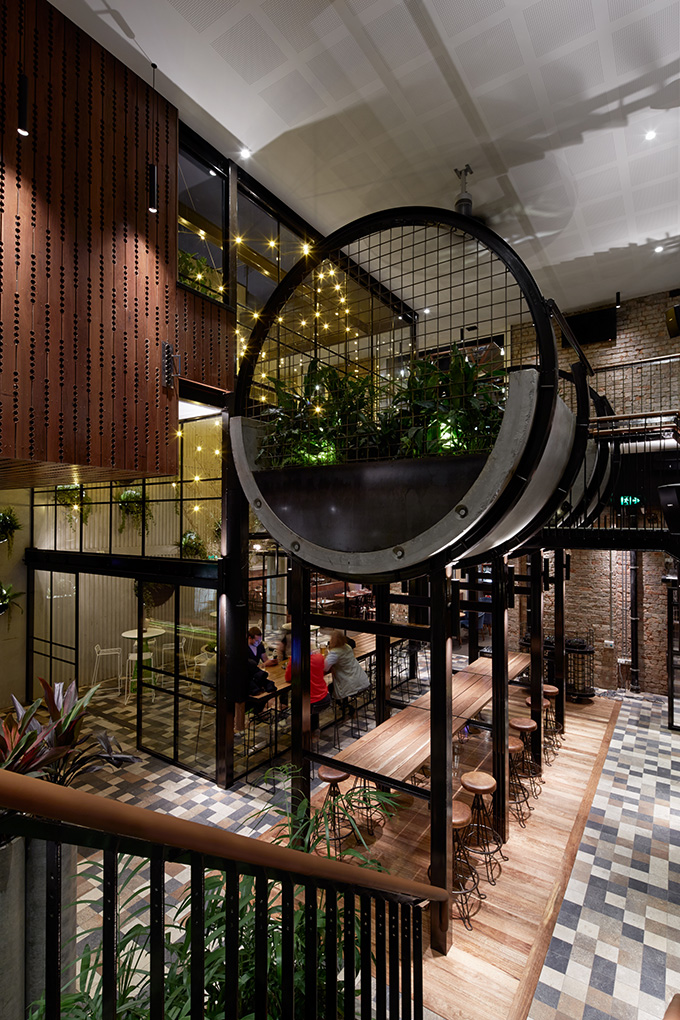 Guests can choose between three levels; the ground floor mixes polychromatic textured tiles and spotted gum floorboards, with a light-filled courtyard and street views. The courtyard features a striking nine-metre trapezoidal concrete wall, that has a corrugated effect and porthole motifs. 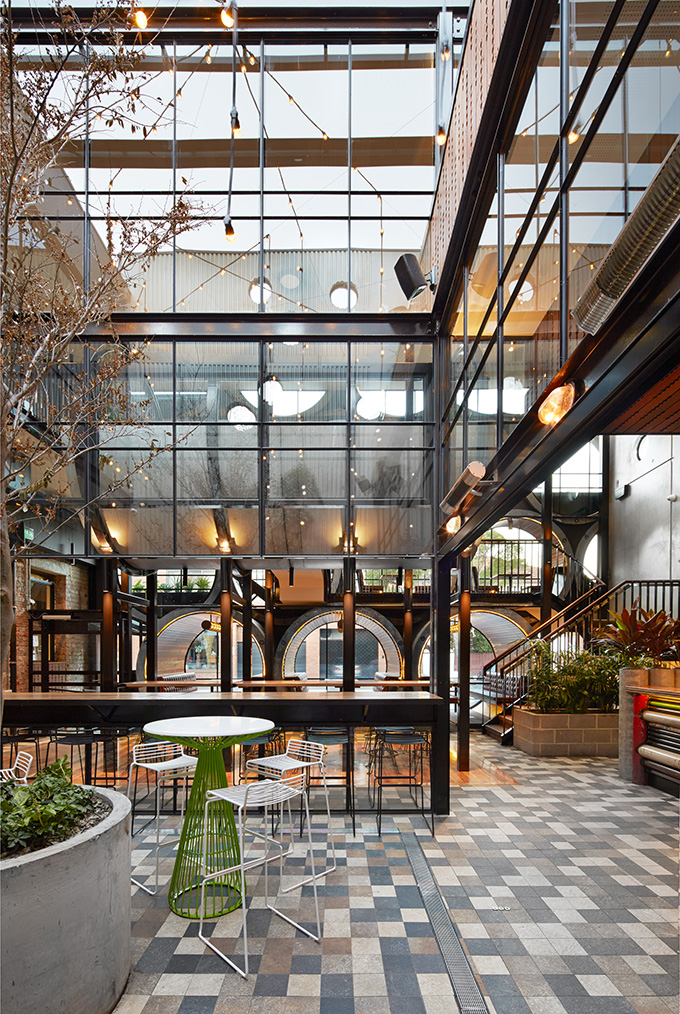 The natural materials and soft upholstery take the edge of the concrete, steel and glass used in the interior. (Even the banisters are covered in leather for a luxe, surprise element.) 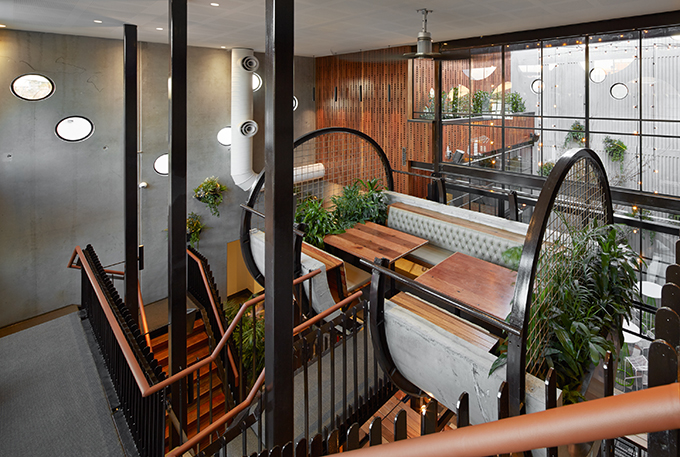 The 12-seat VIP area sits atop a giant water pipe, feeling suspended over the space. A key criteria of the design was to ensure that patrons always have a vantage point from wherever they are in the space. ‘It’s great for voyeurs,’ says Mullins. An exception to the open-plan approach is a sunken seating area, known as ‘the lair’, below stairs for patrons who want to stay under wraps. 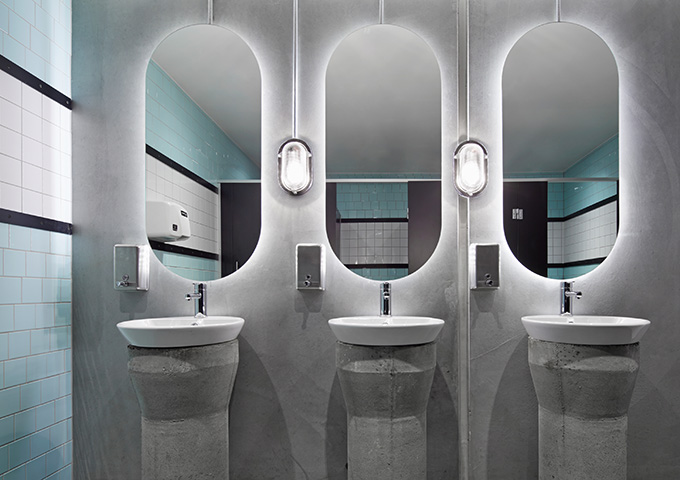 At its core, design ‘is about conviviality’ says Northrop. ‘It’s providing people with opportunities to interact in non-standard ways, a whole variety of seating and gathering.’ To make sure there is space for serious partying, one long table on the ground floor can be dismantled to make way for an impromptu dance floor. Northrop made sure the redesign featured a serious DJ deck. ‘Afterall pubs are not meant to be places of calm and reflection,’ he says. Indeed. – Emily Ross