The Municipal Baths of Strasbourg, France 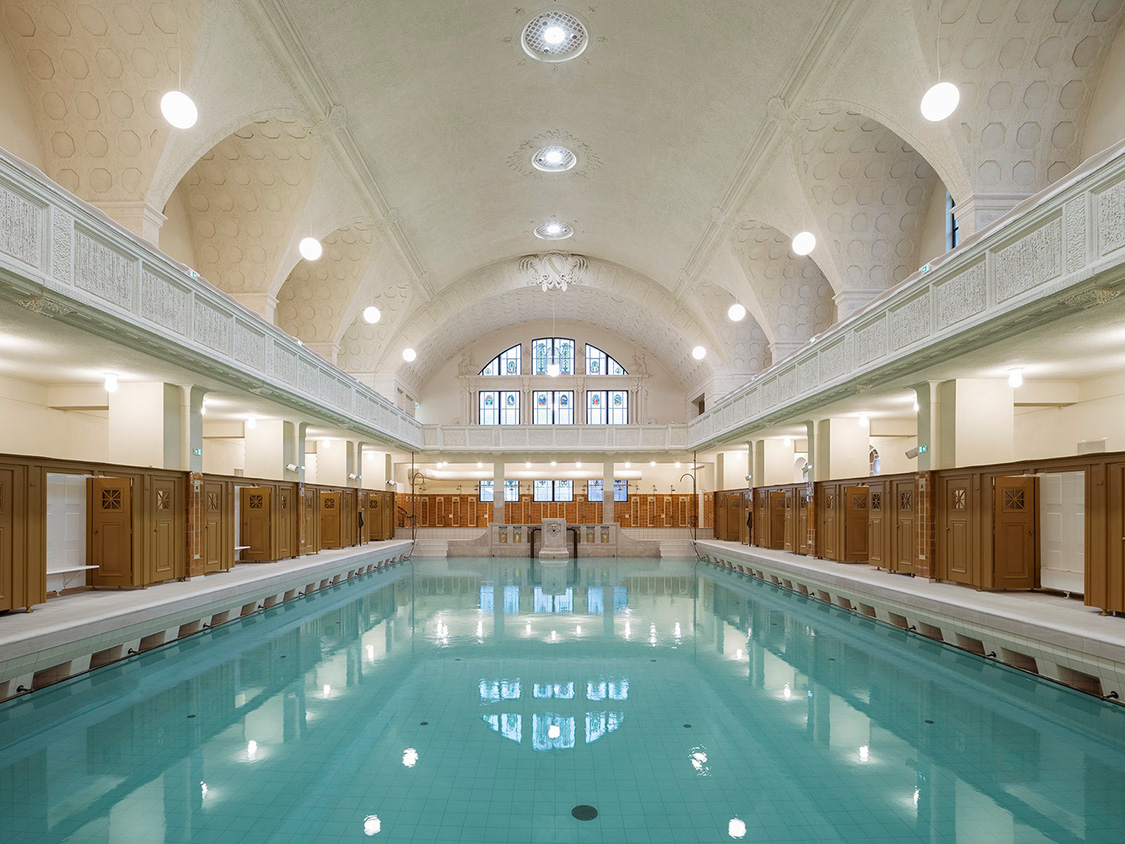 The recently reopened Municipal Baths of Strasbourg really must be addressed as ‘Baths.’ It would not seem right to call the complex just simply a swimming facility or an aquatic, wellness or community centre. It is all of these but  its grand architecture and interior design, both now elegantly restored by the Paris and Geneve-based Chatillon Architectes, demand that the historic Baths continue to be called Baths even today. 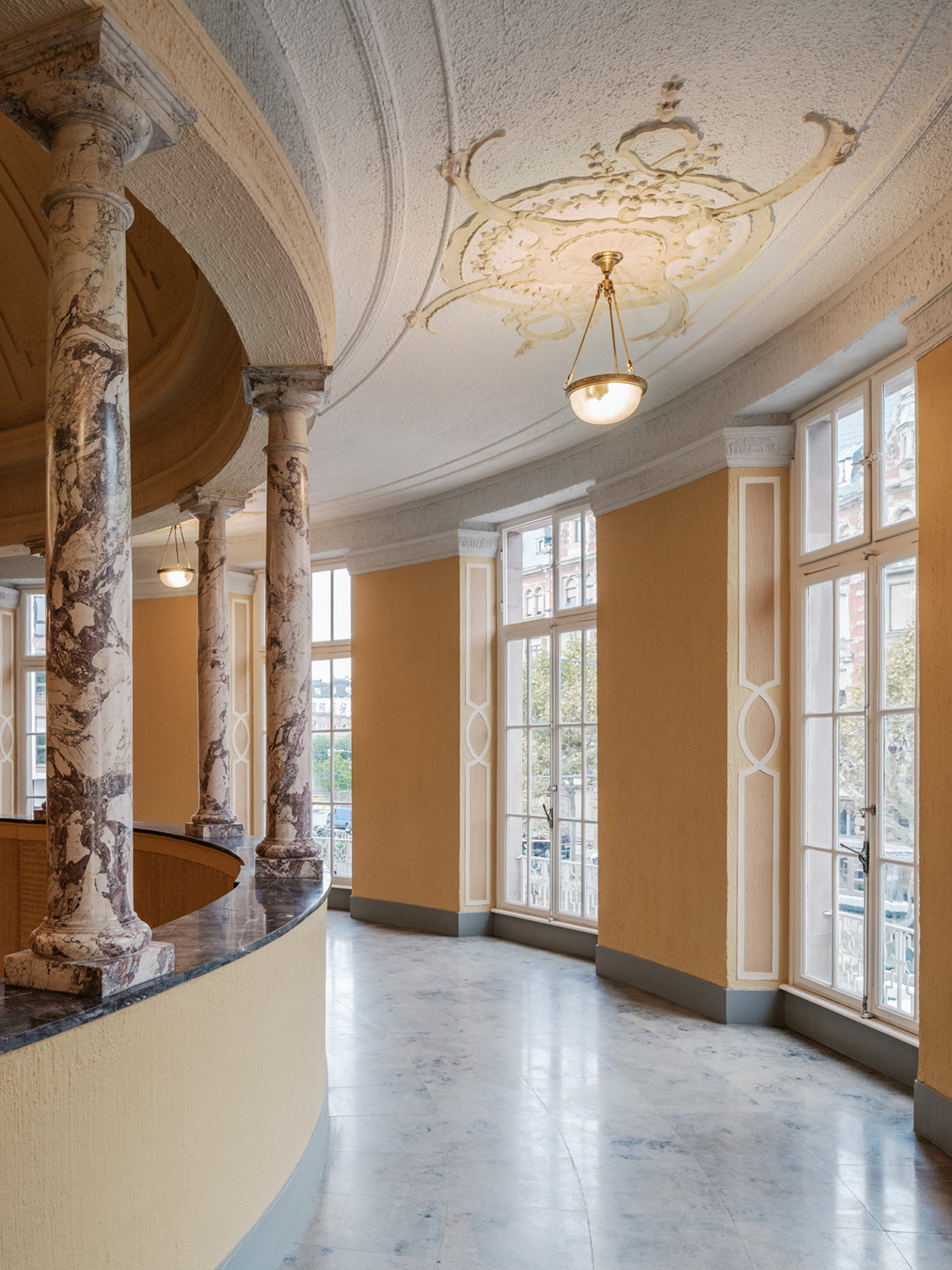 Built by the German city planner, painter and architect Fritz Beblo in 1905-1908, the swimming pools and thermal baths complex was considered one of his finest buildings anywhere. Beblo was at the time the head of the city’s building department and a key figure in the development of the city’s Neustadt (new town) area during the German Empire (1870-1918). 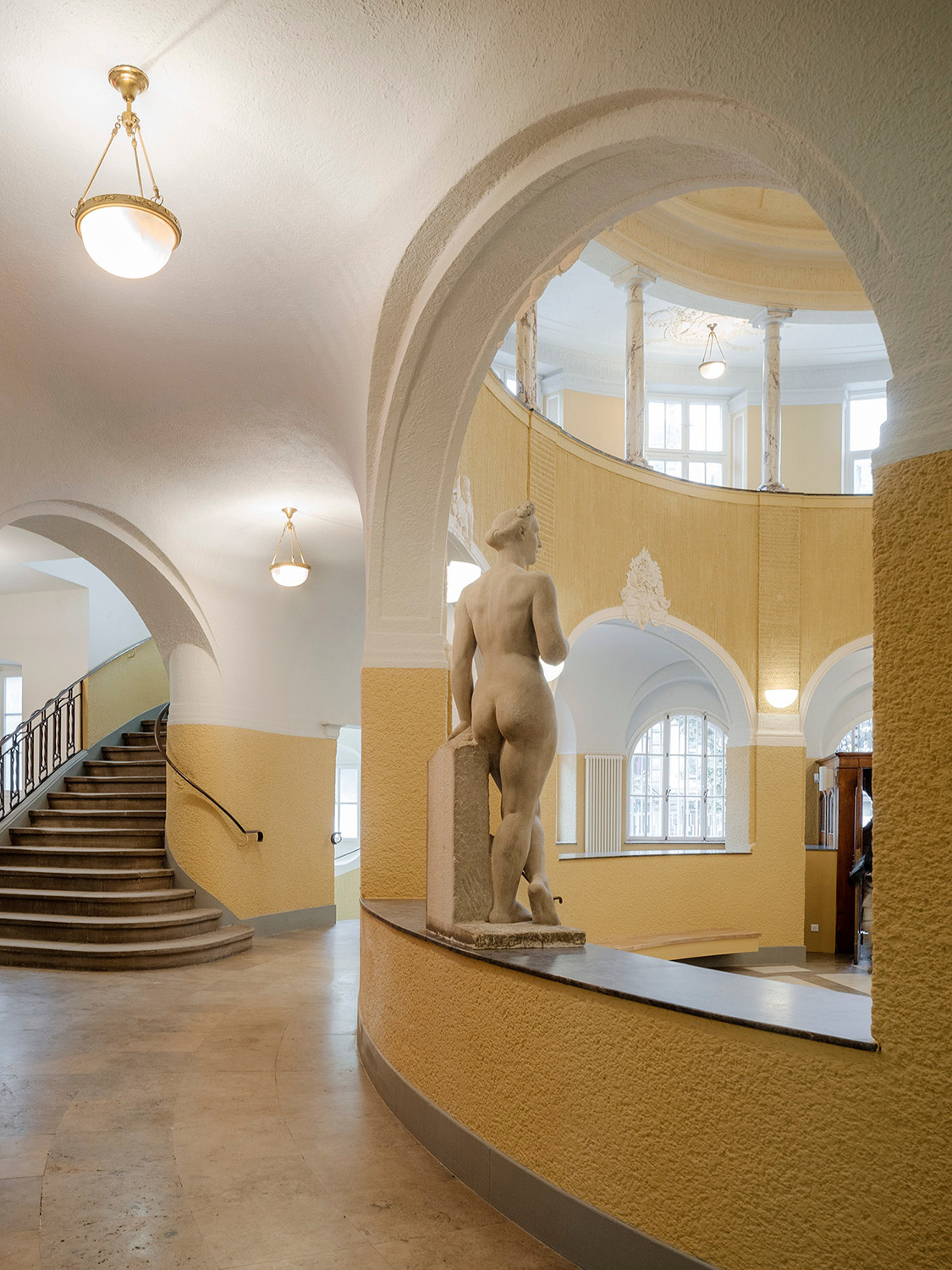 Bebo’s progressive team took a bold, artistic and holistic approach, designing and controlling absolutely everything from building materials to the door handles. And although the building’s purpose was functional – winter swimming and hygiene were the city’s goals at the time – many of the details were purely decorative. The material selection was eclectic and the style is mixed. There are references to Jugendstil but also to Baroque, Renaissance and even Japanese styles. 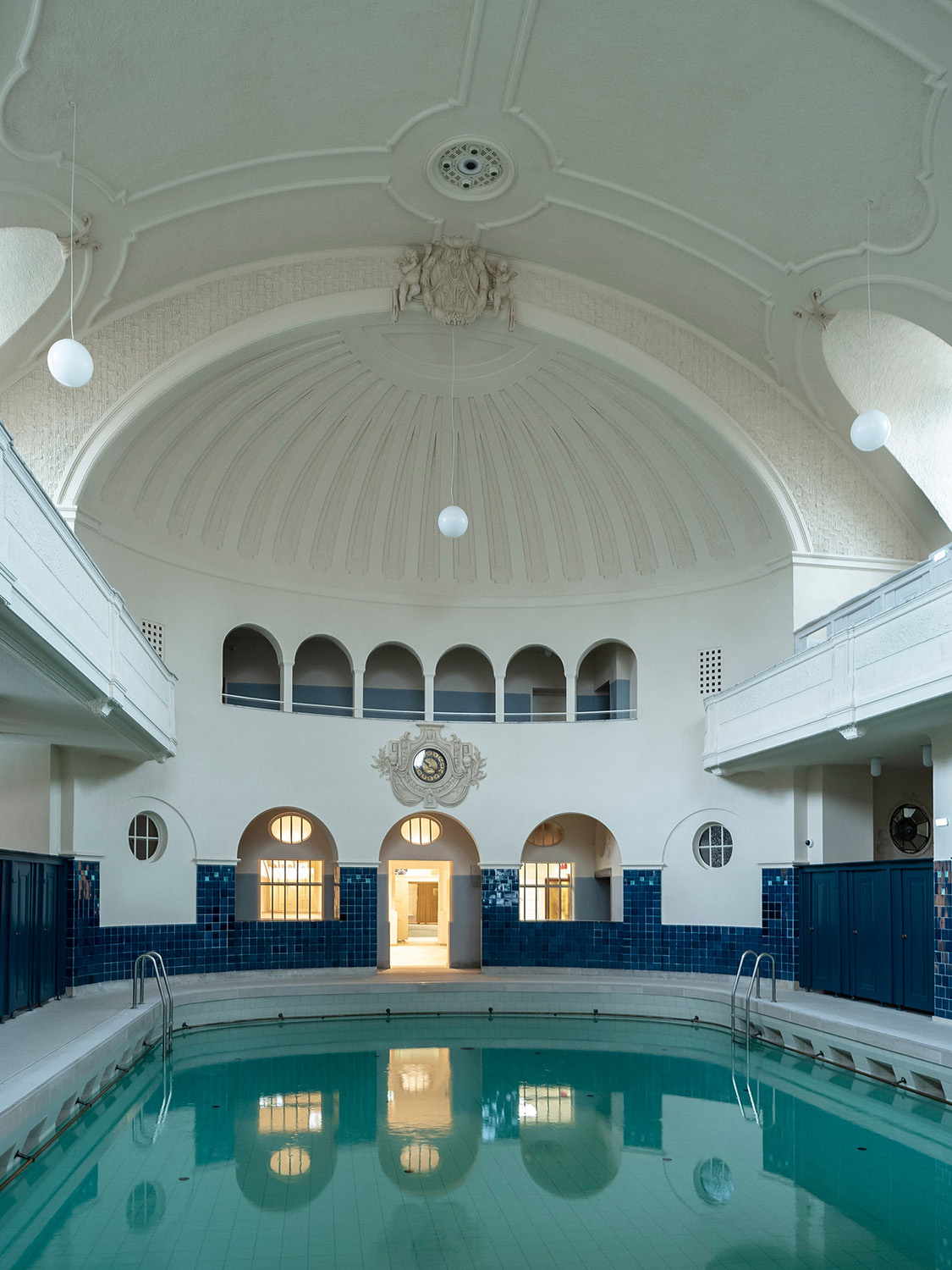 Jugendstil was the German counterpart of Art Nouveau. The followers of the movement rebelled against the industrial age of machinery and the tall, boxy and featureless buildings of the era by infusing their art, design and architecture with softer forms and decorative motifs that often suggested the natural world. 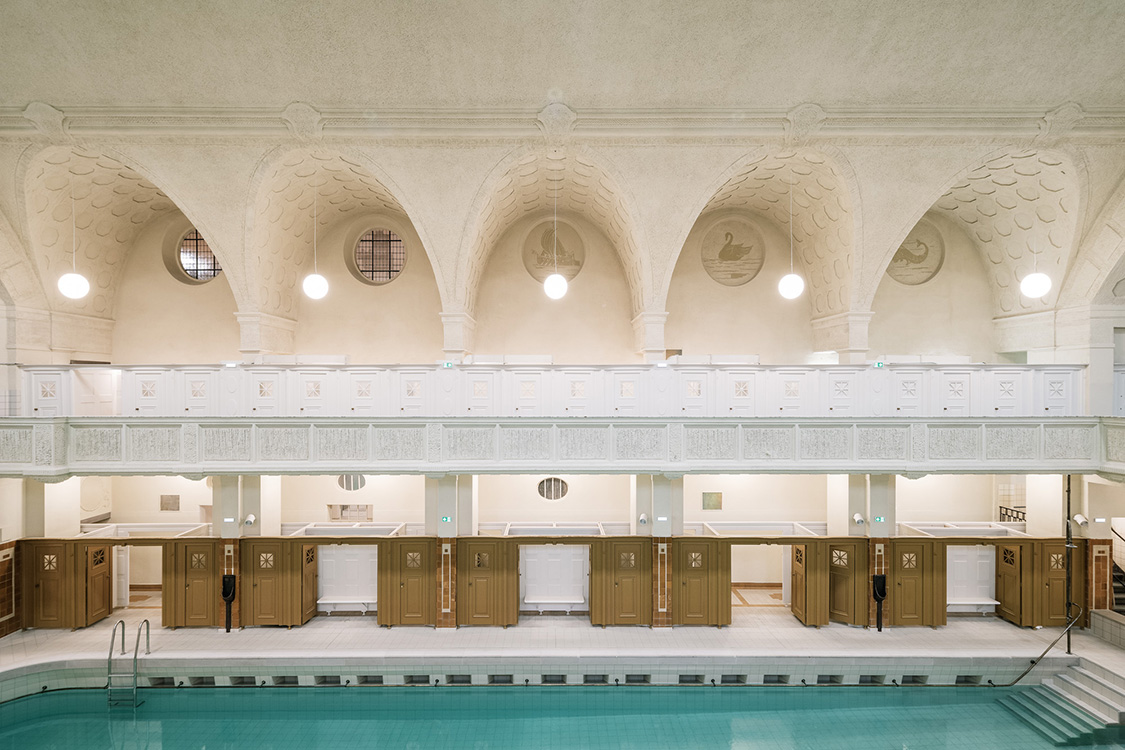 The 23-million-Euro reconstruction and renovation of the Baths started in 2018 and culminated in the grand re-opening earlier this month. The project had to meet several objectives: to upgrade the buildings and add new safety, accessibility and energy-efficiency features; to enhance the existing features; to restore characteristics and details that had been altered over the year; and finally, to add new facilities to meet current and future needs. 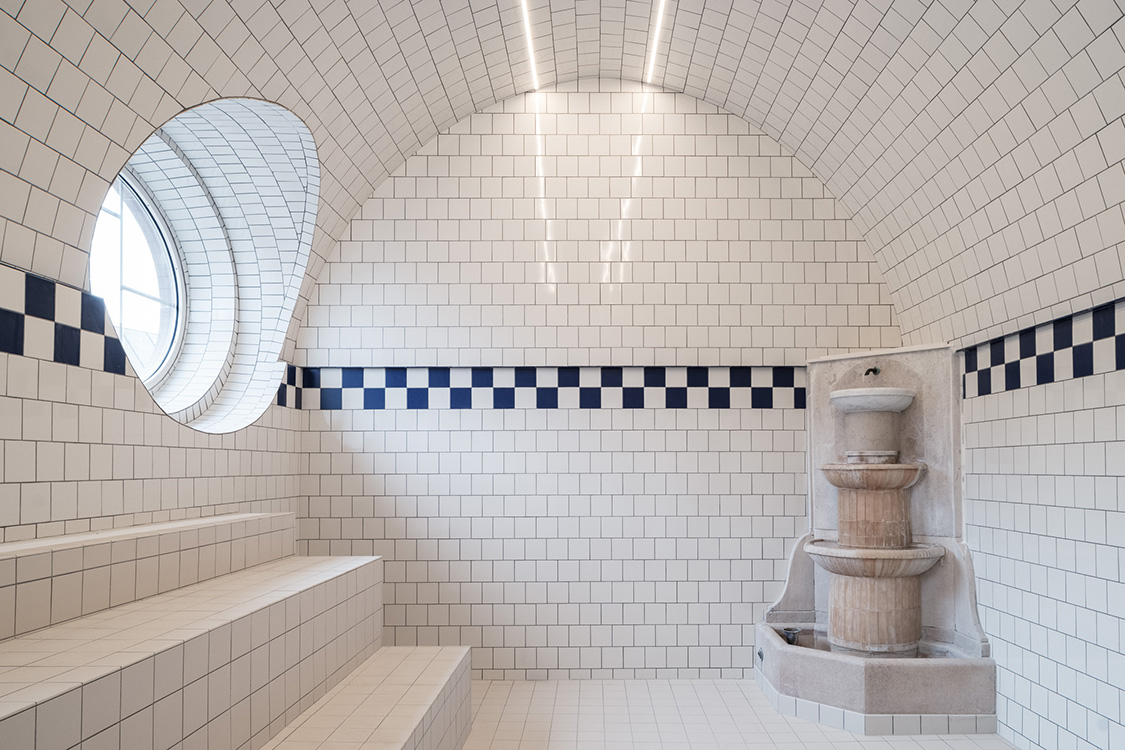 In addition to the original pools, the facility now includes an outdoor pool, mineral baths, jacuzzis, exercise and yoga studios and many other health, wellness and exercise spaces. 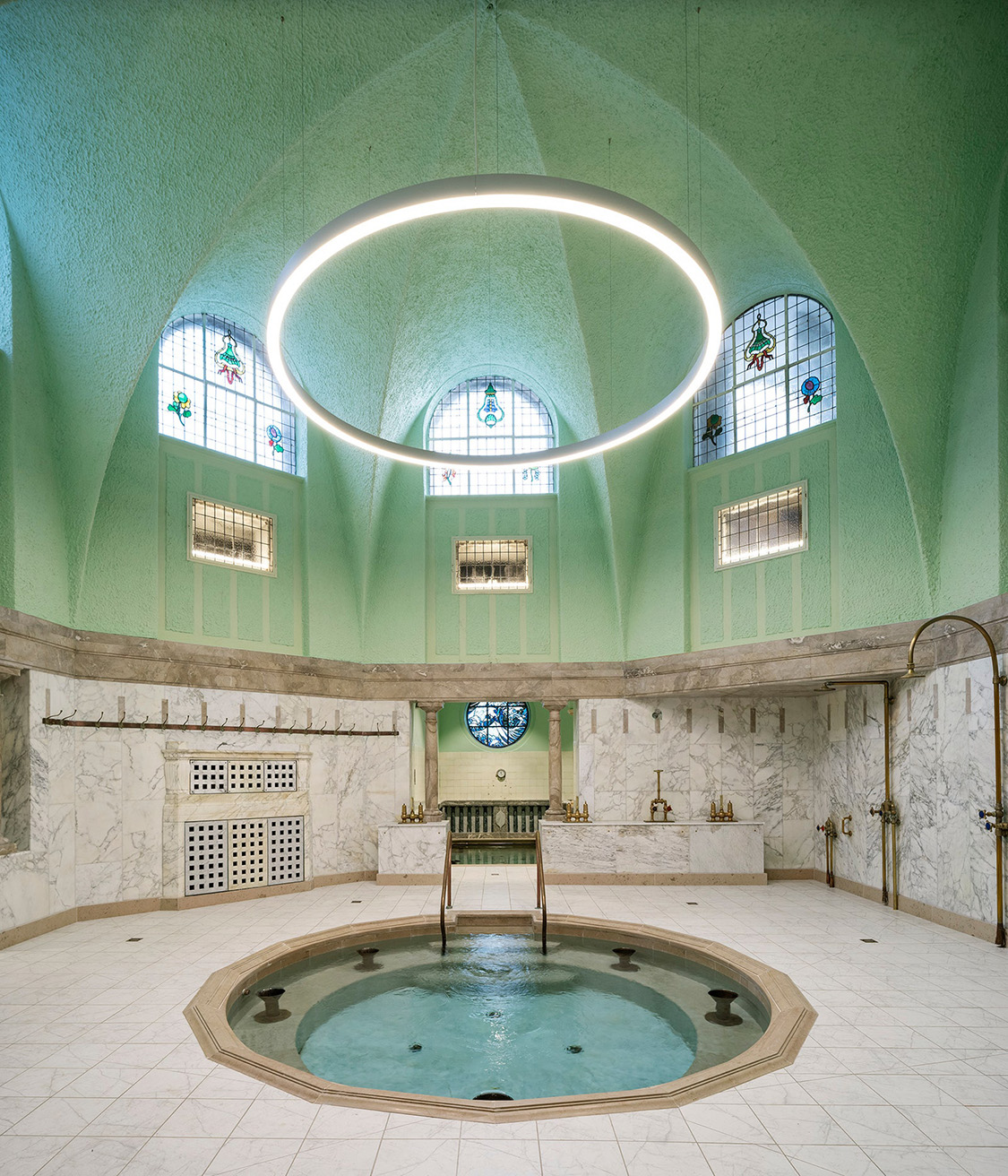 Chatillon Architectes is known globally for its expertise in redevelopment and renovation of heritage and historic building including the renovation of the Carnavalet Museum in Paris in association with Snøhetta and Agence NC (Nathalie Crinière) Chatillon Architectes founder, François Chatillon, is also the Chief Architect of France’s historic monuments and the firm is currently working on, for example, on the restoration of the Grand Palais and the Arc de Triomphe in Paris. 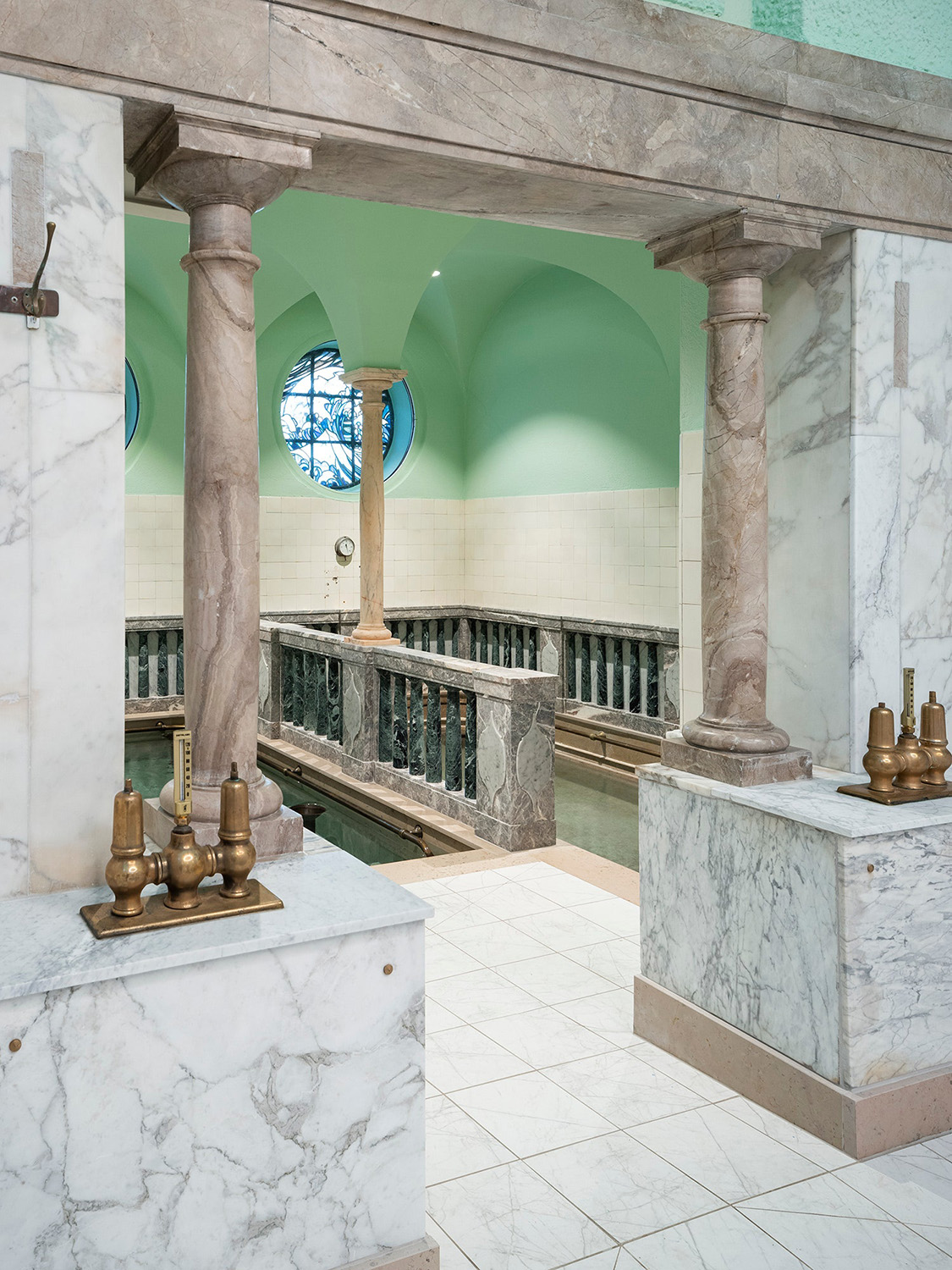 With its 1005-year-old Cathedral and colourful history, Strasbourg is today one of the four main seats of the European Union, in addition to Brussels, Luxembourg and Frankfurt. Strasbourg is located at the border with Germany in the historic region of Alsace. The river Rhine forms the border with Germany. Strasbourg’s historic city centre (Grande Ile) was classified as an UNESCO World Heritage Site in 1988 and its newer part, Neustadt, was added to the classification in 2017.  Tuija Seipell 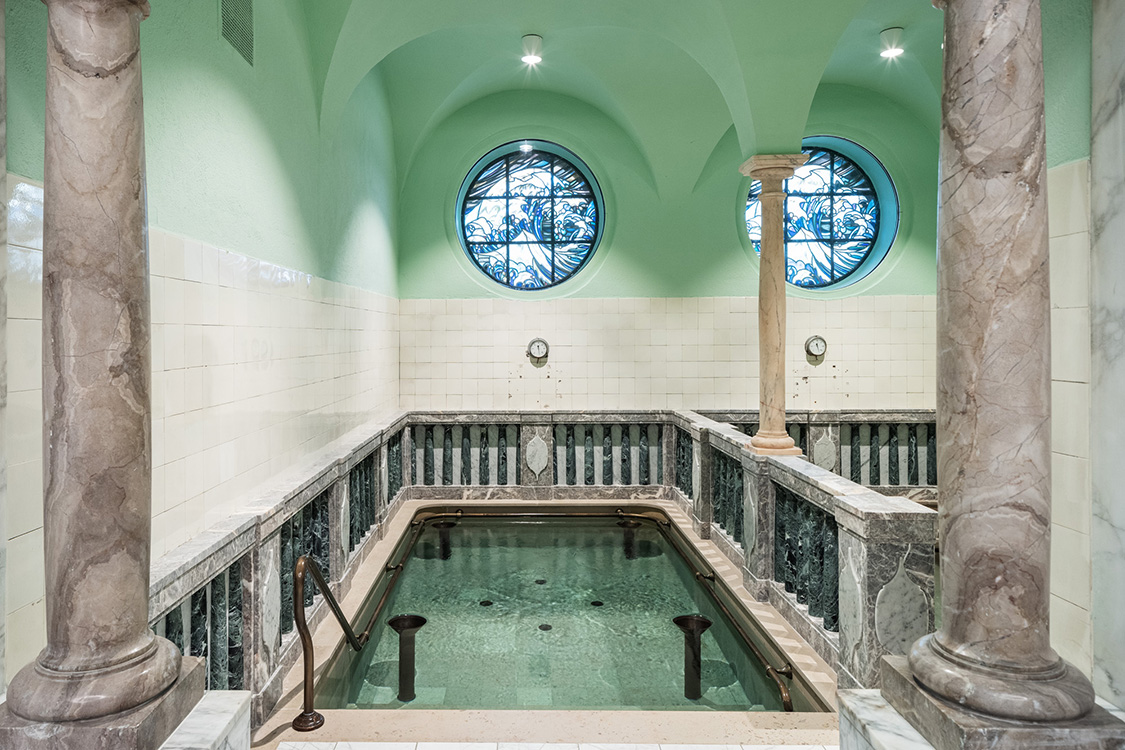