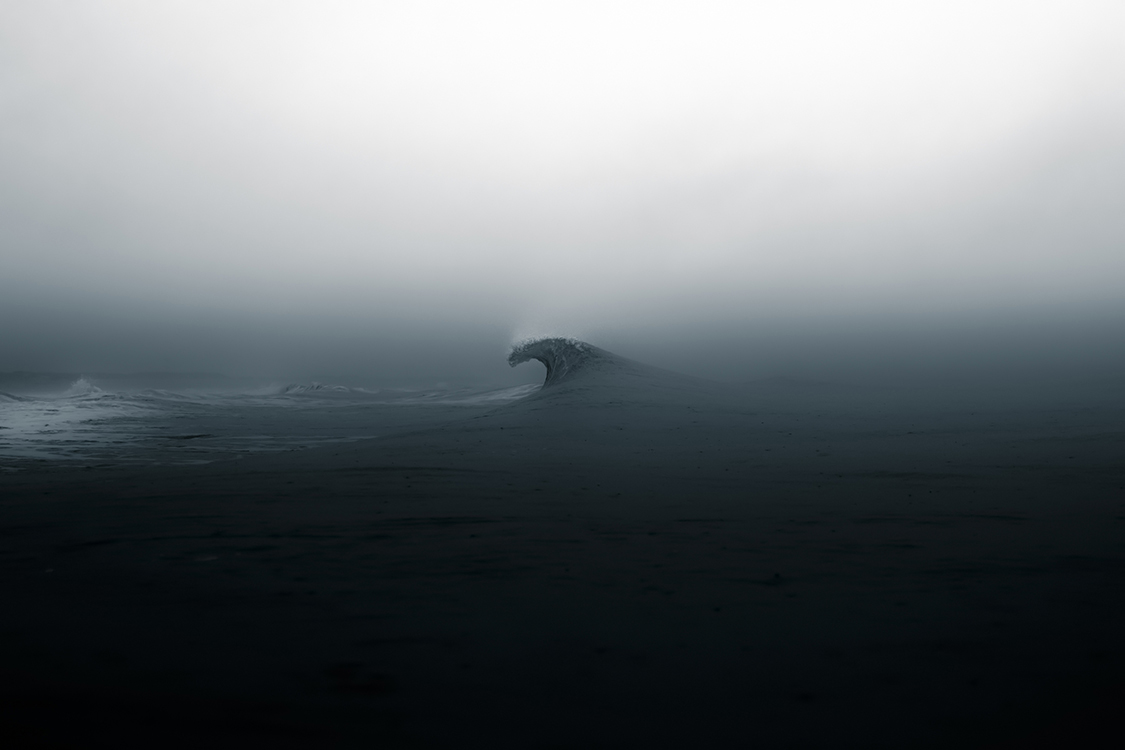 In this image titled ‘The Break’, the North Sea off the Dutch coast surges in the dim light of winter as a solitary wave breaks against a silver sky, itself imperceptibly merging into the steel blue-black abyss below. 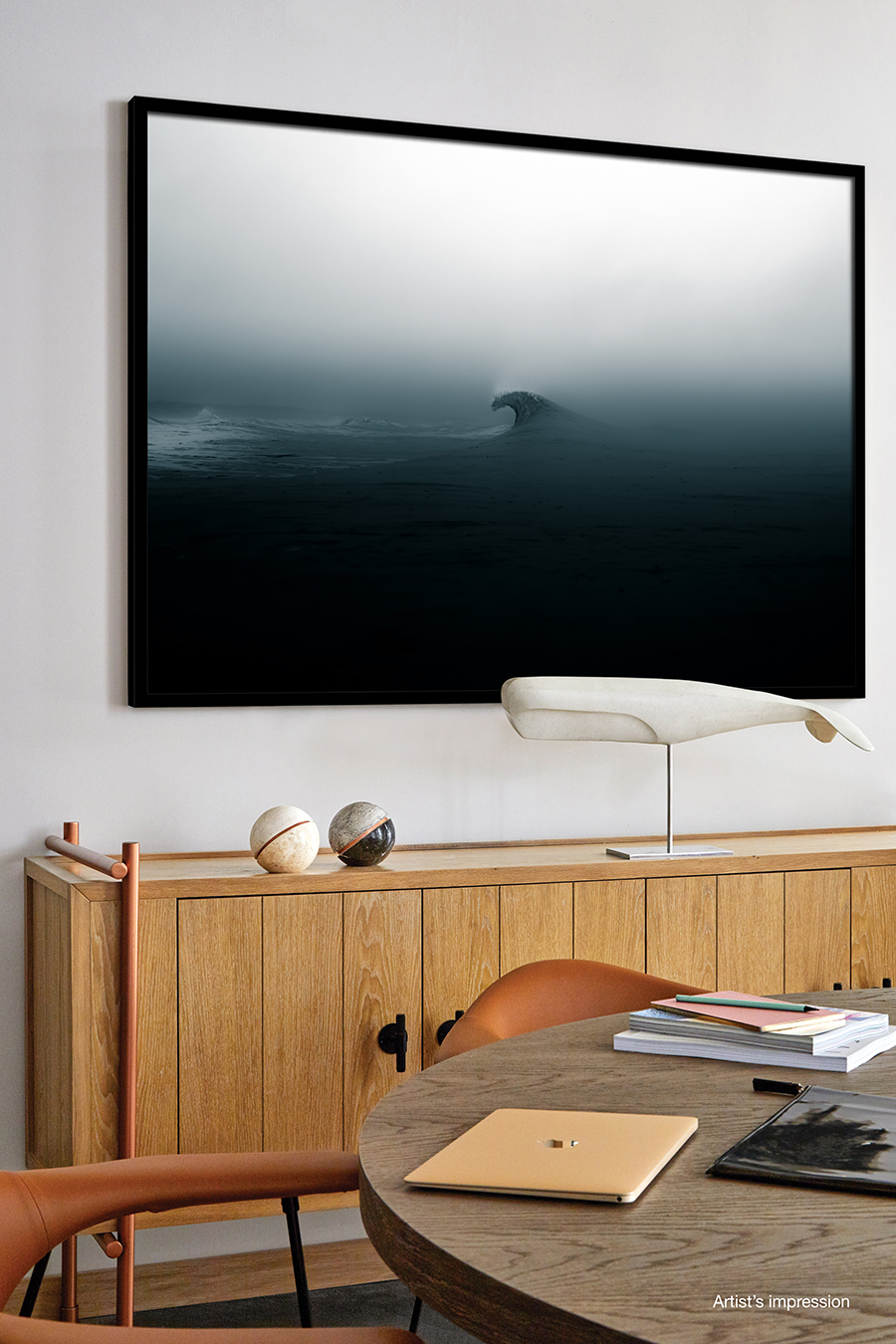 The wave rises like the sheathed dorsal fin of some unseen Jurassic creature emphasizing the terrifying power of what can be one of the most inhospitable of environments. 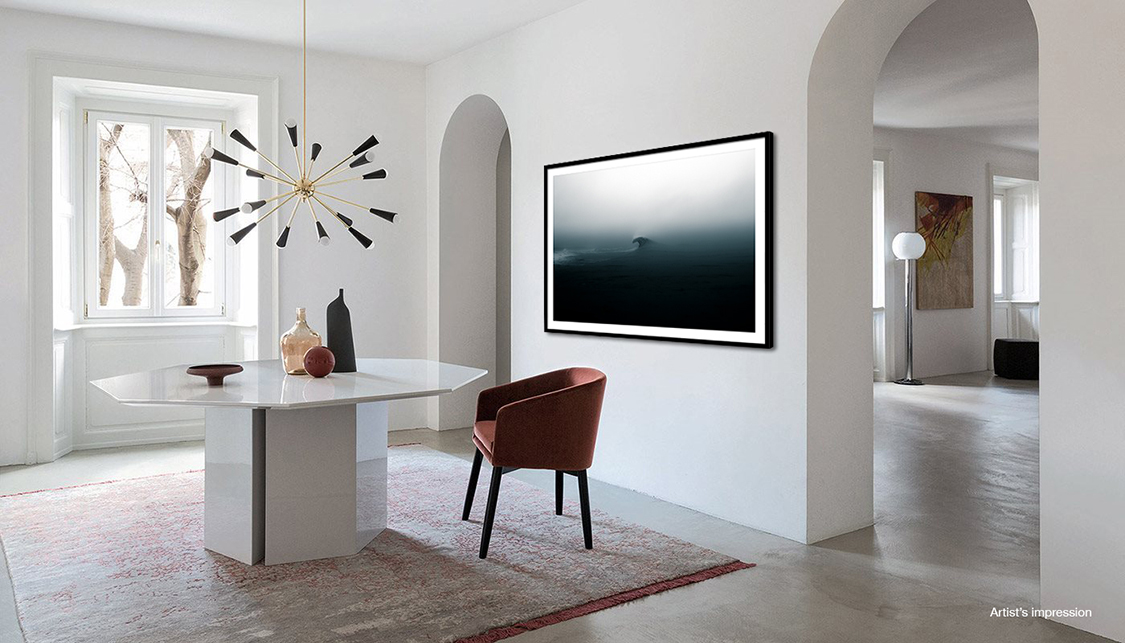 Yet for all its terror there’s a certain cold serenity, an awe for the minimal perfection of nature. 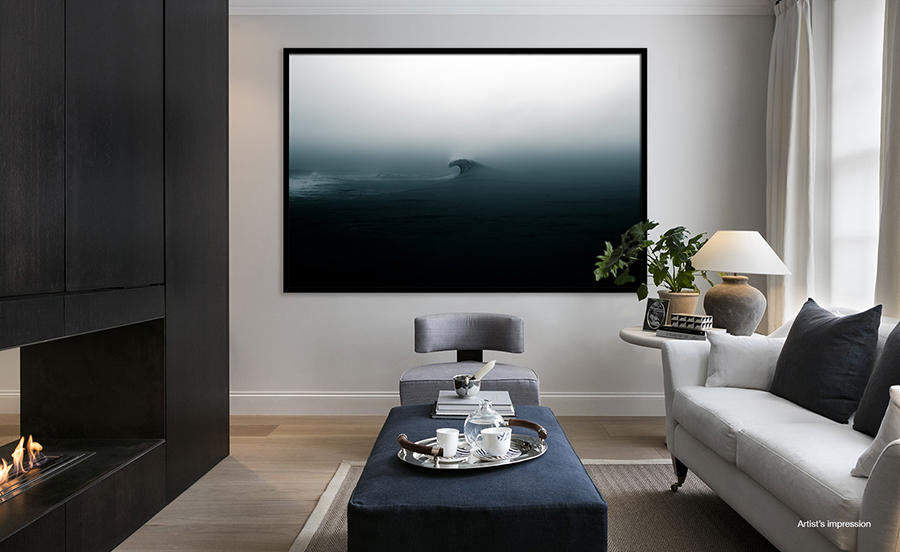 In this image we observe the moment before the sea crashes back into itself, we witness the wave as we would perceive an iceberg, we see only the tip, knowing the colossal ocean forces remain hidden beneath the dark sea surface. 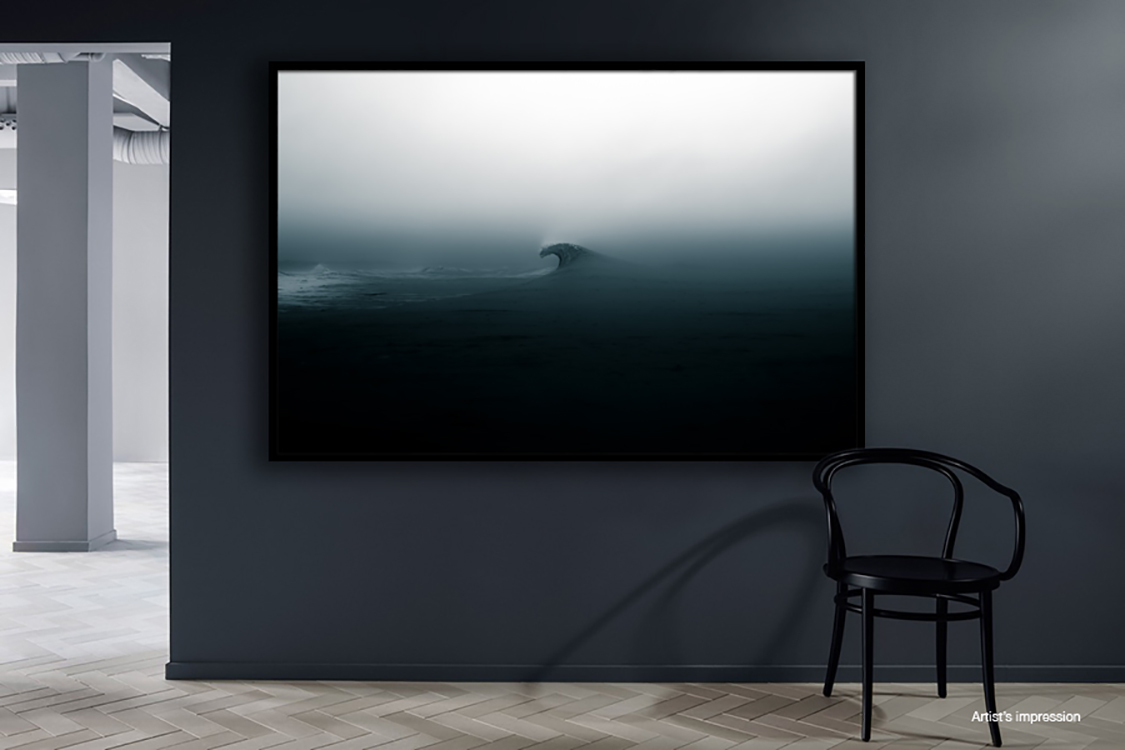 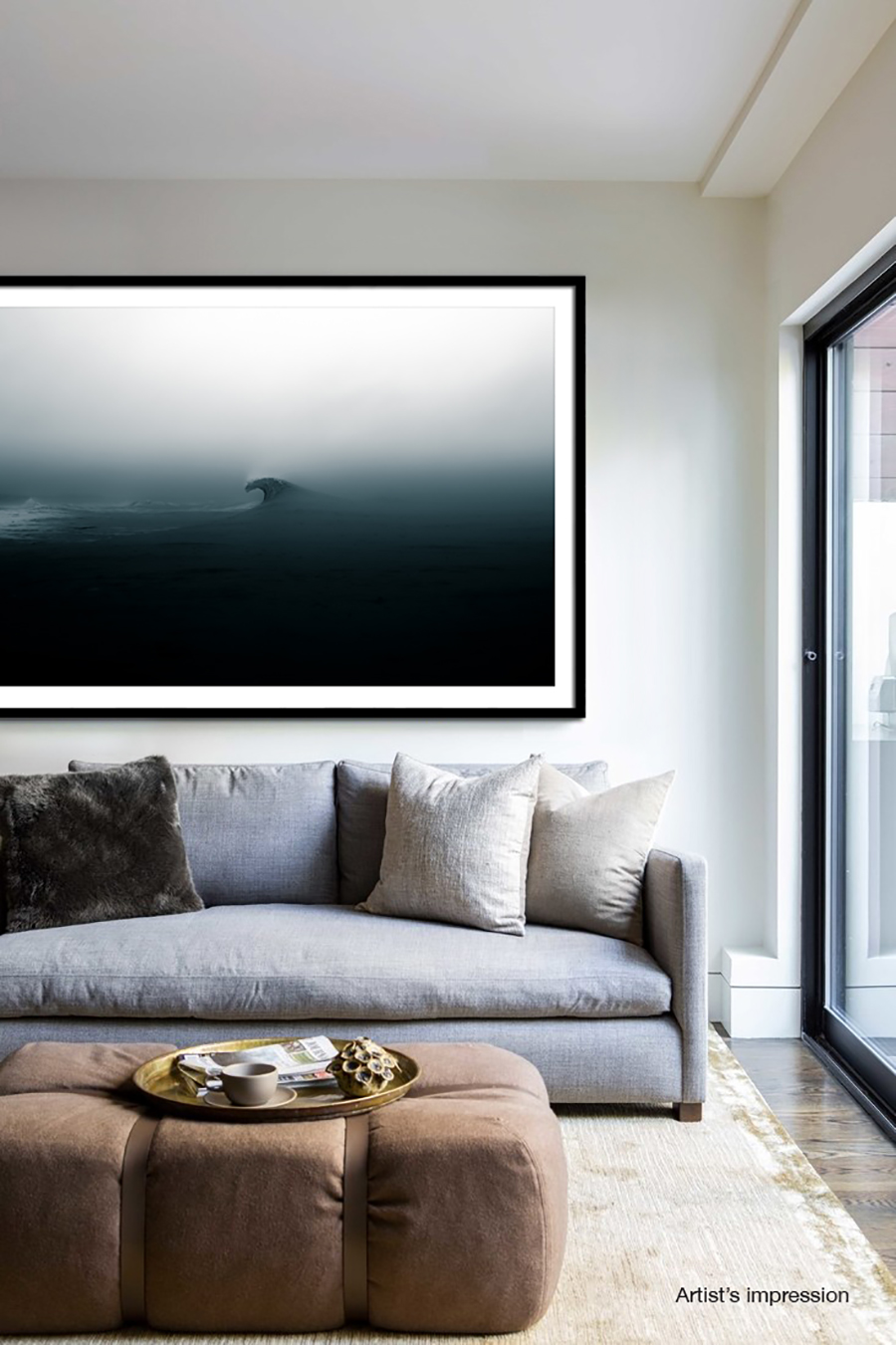