The Audi Spectacle – A New Breed of Billboard 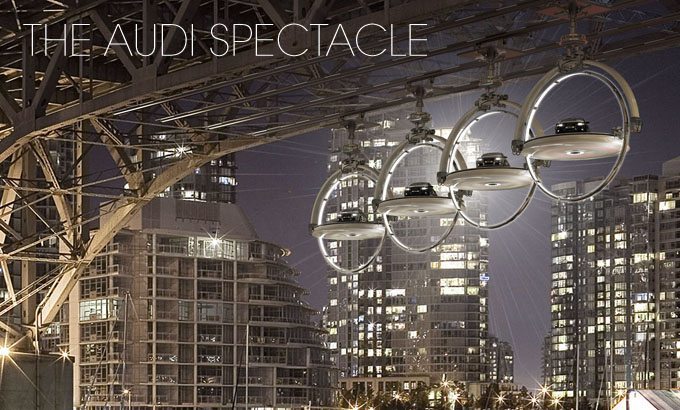 Audi, a brand exuding an attitude of self confidence and progressive thinking, and associated with the latest technology and innovative design, is a perfect brand to pioneer this entirely original concept, a new breed of ‘billboard’ created by Access Agency.
It is a display of four life-size Audi cars, suspended inside the silver rings of a massive Audi symbol attached to an iconic bridge structure or in front of landmark spaces — the Sydney Harbour Bridge, Brooklyn Bridge, Tower Bridge, Venice. The rings rotate around, light-up at night, and move up and down the bridge. Against the backdrop of spectacular urban architecture, the Audi installation reflects Audi’s continuous challenging of the status quo, its capacity to innovate, and its ability to avoid the bland and the ordinary. 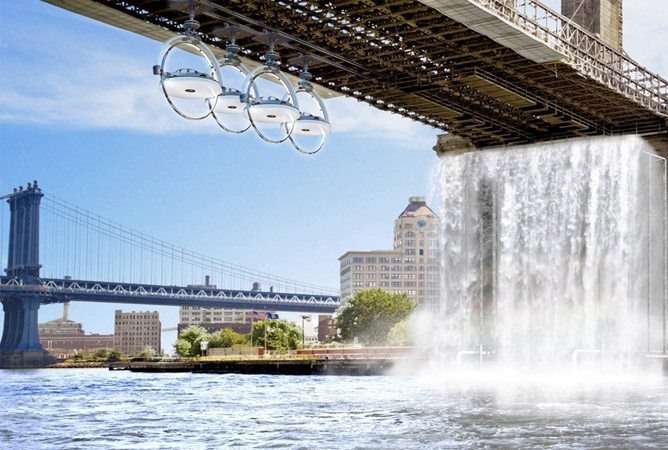 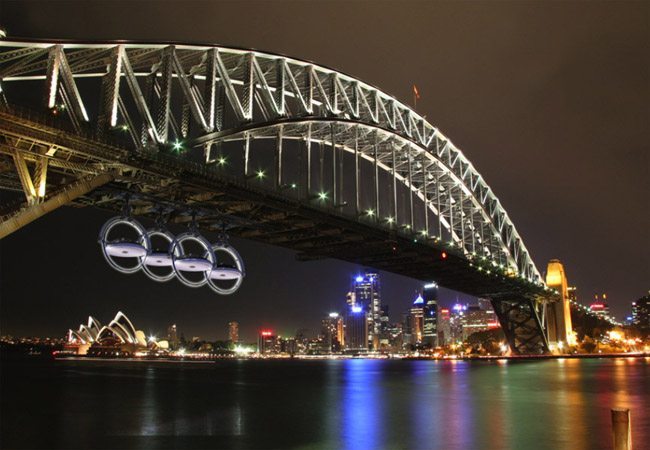 But what will create valuable media attention and social media buzz is not just the actual final display, but the entire anticipation, the process of creation, the engineering feat of the installation and the spectacular launch event.
The manufacturing and transportation of the gigantic rings, the installation of the rings, the hoisting of the vehicles, the first test of the lights, the rehearsals of the launch…By the time the installation is complete, and the unveiling event is about to start, the news about it will have reached those in the know. 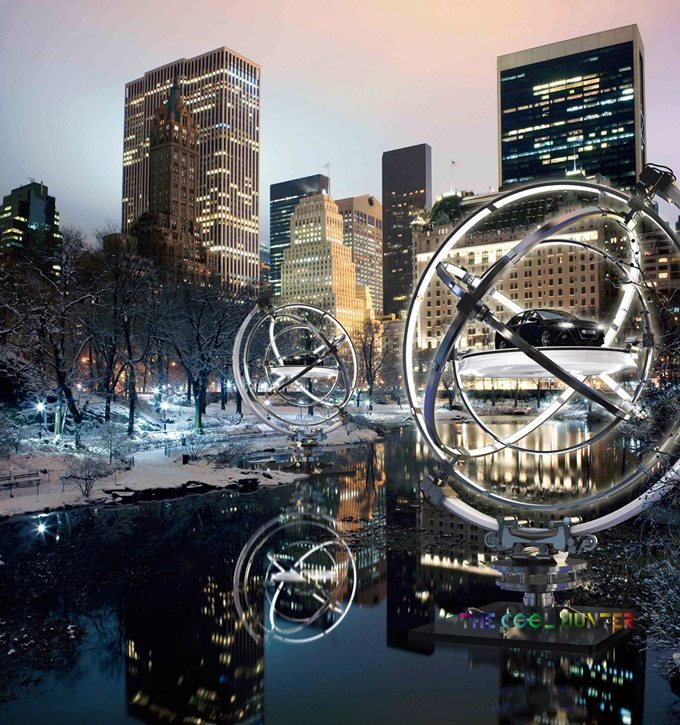 PR — locally and globally — plus participation and rallies by dealers, and other in-town and on-site activities and happenings leading up to the unveiling, will add to the echo effect of this one-of-a-kind promotion.
The anticipation, excitement and buzz will culminate in an epic night-time launch event that we envision including a live symphony orchestra playing on a barge right under the suspended rings or on the bridge itself, a fireworks presentation or a LED light show above the bridge, and the ultimate unveiling of the rings. Bill Tikos