Ted Pim, the Northern Irish artist whose work we have represented exclusively for some time, is surprising us again. 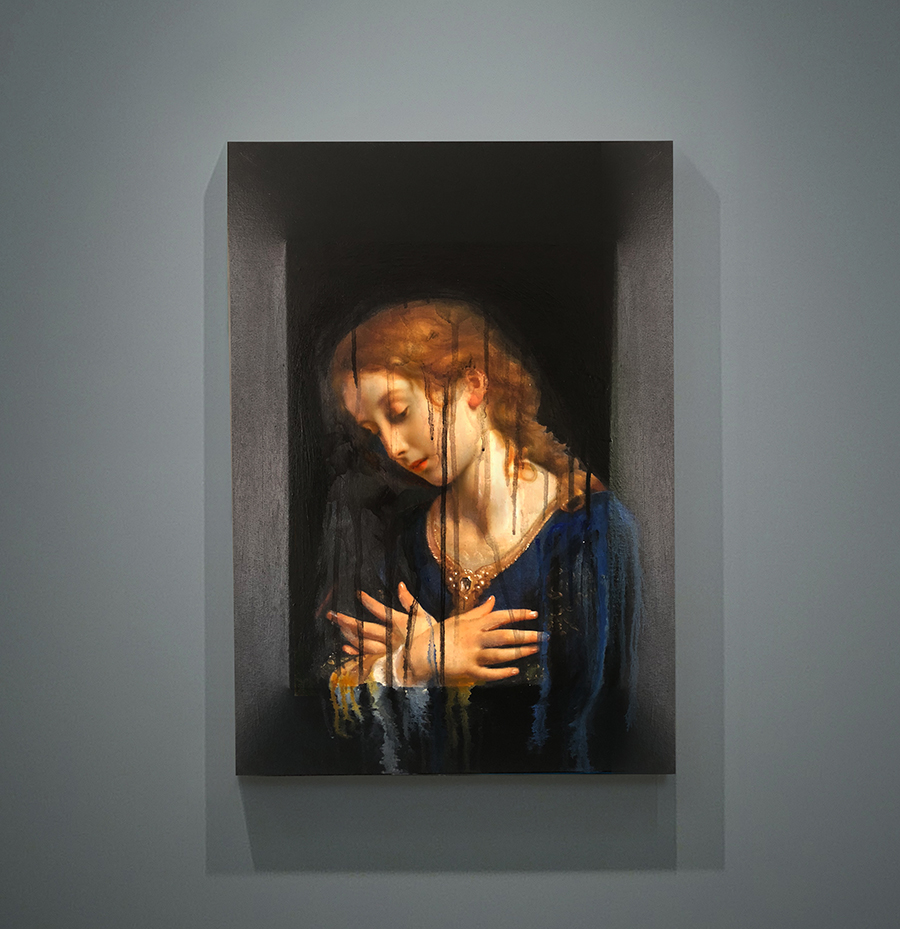 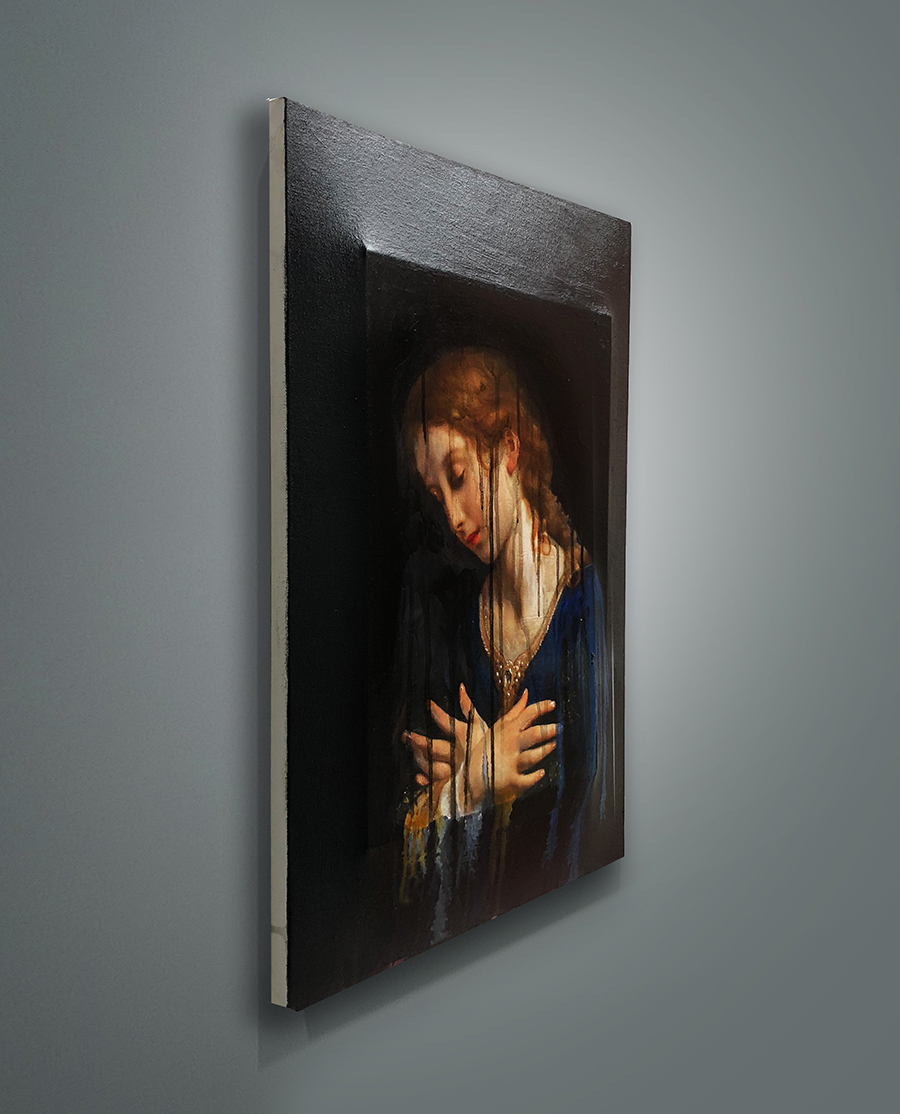 Now he has applied his melodramatic touch on portraits. Once again, he has chosen sombre and enigmatic subjects and given them an extra touch of theatre.

The portraits seem to be in an unexpected state of dilution, dripping colour and appearing to self-destruct. 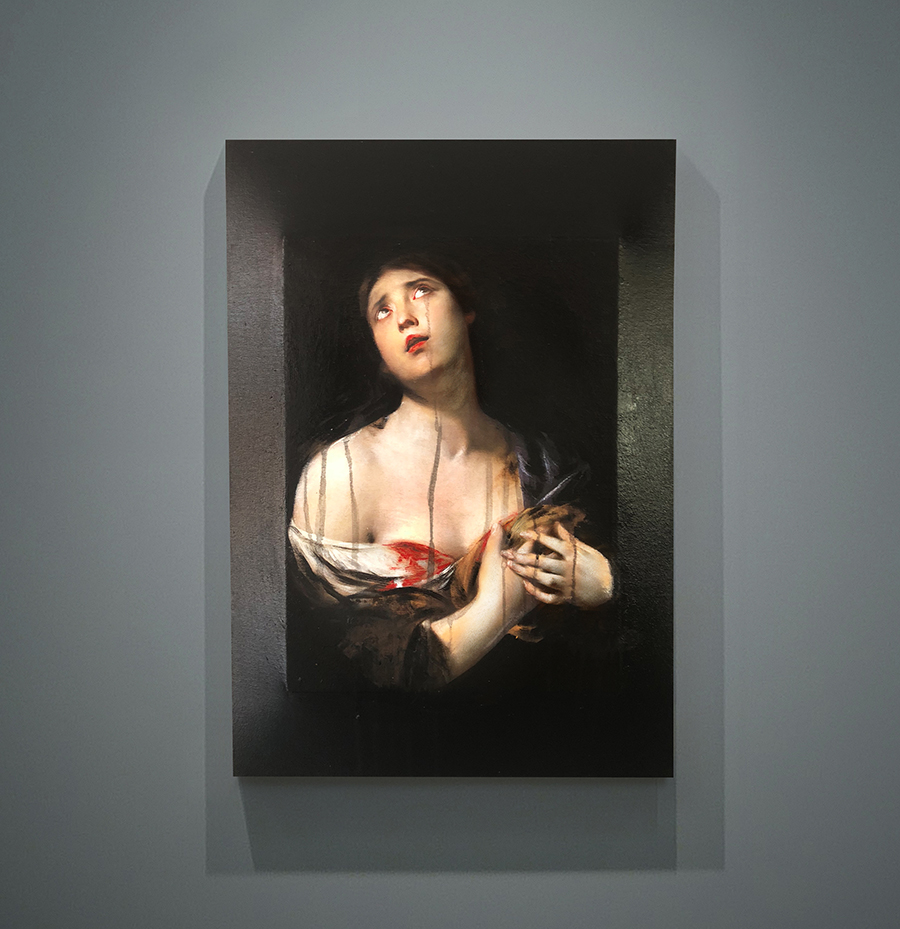 In addition, Pim has created a 3D effect as he has raised the centre of the canvas by stretching it over multiple levels of wood. 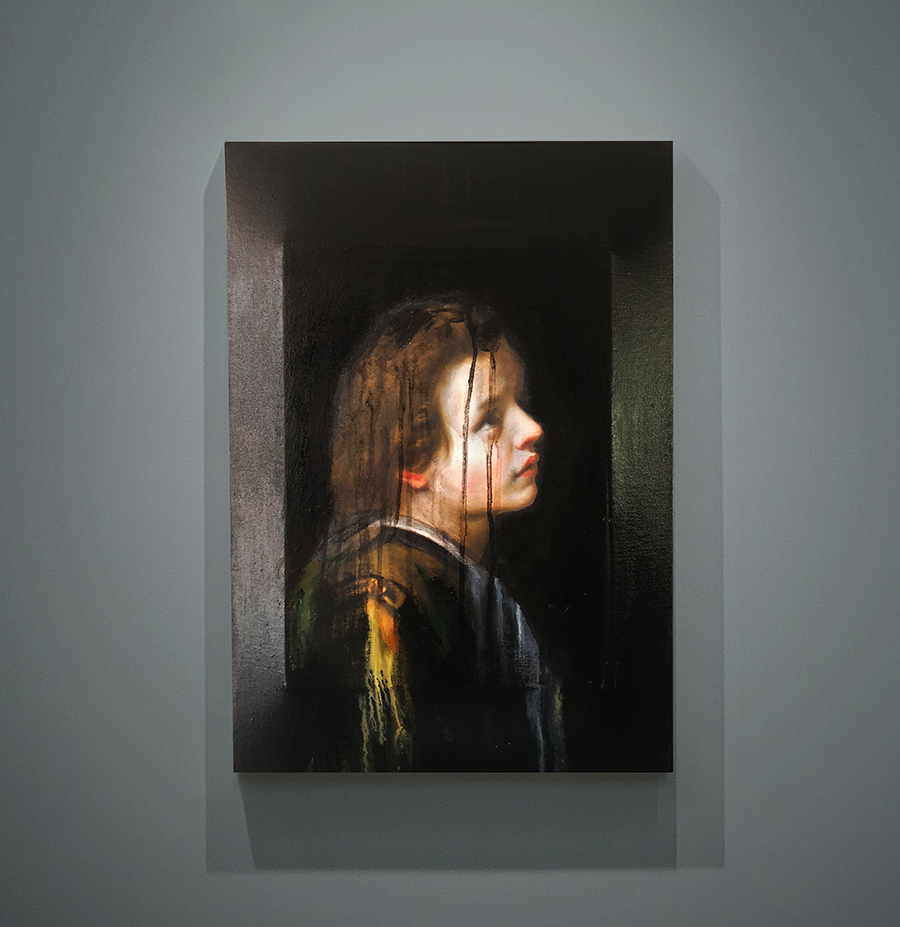 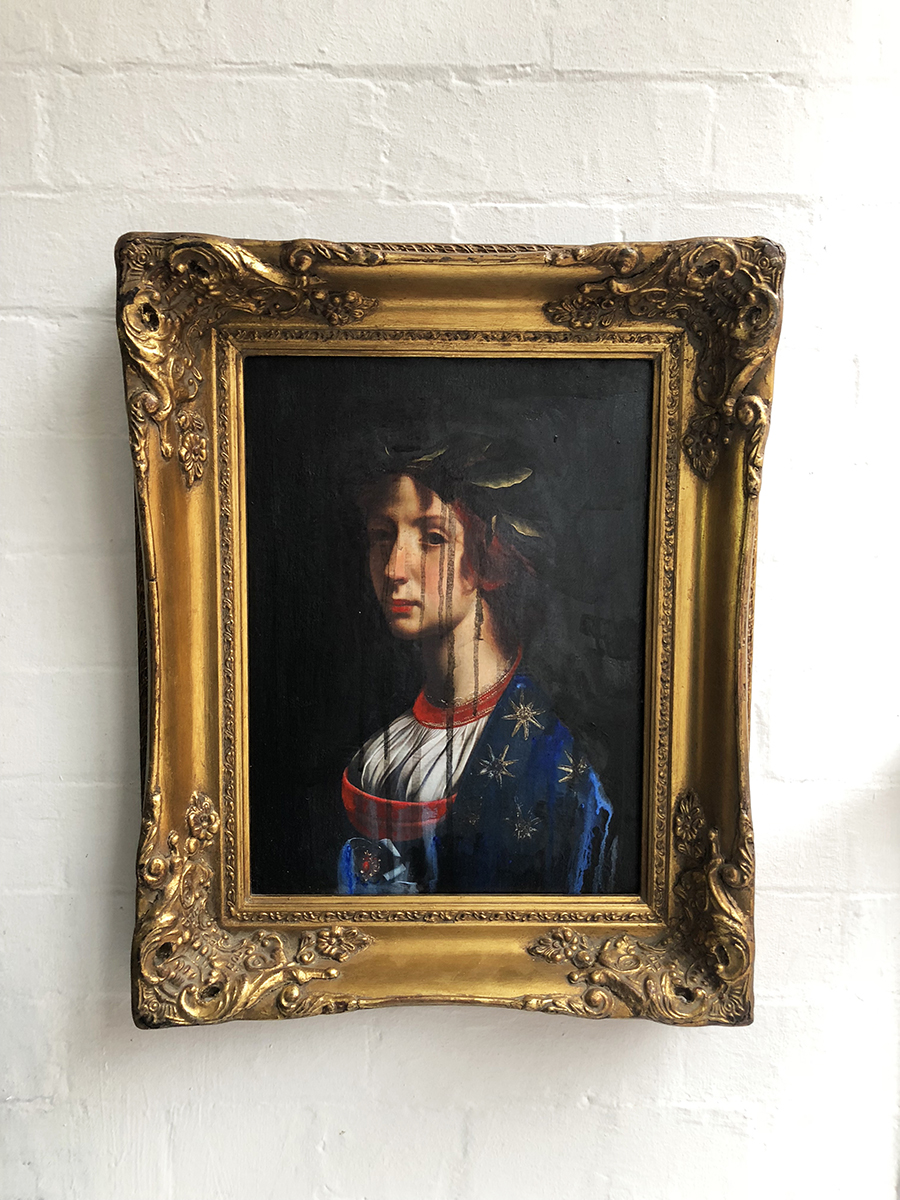