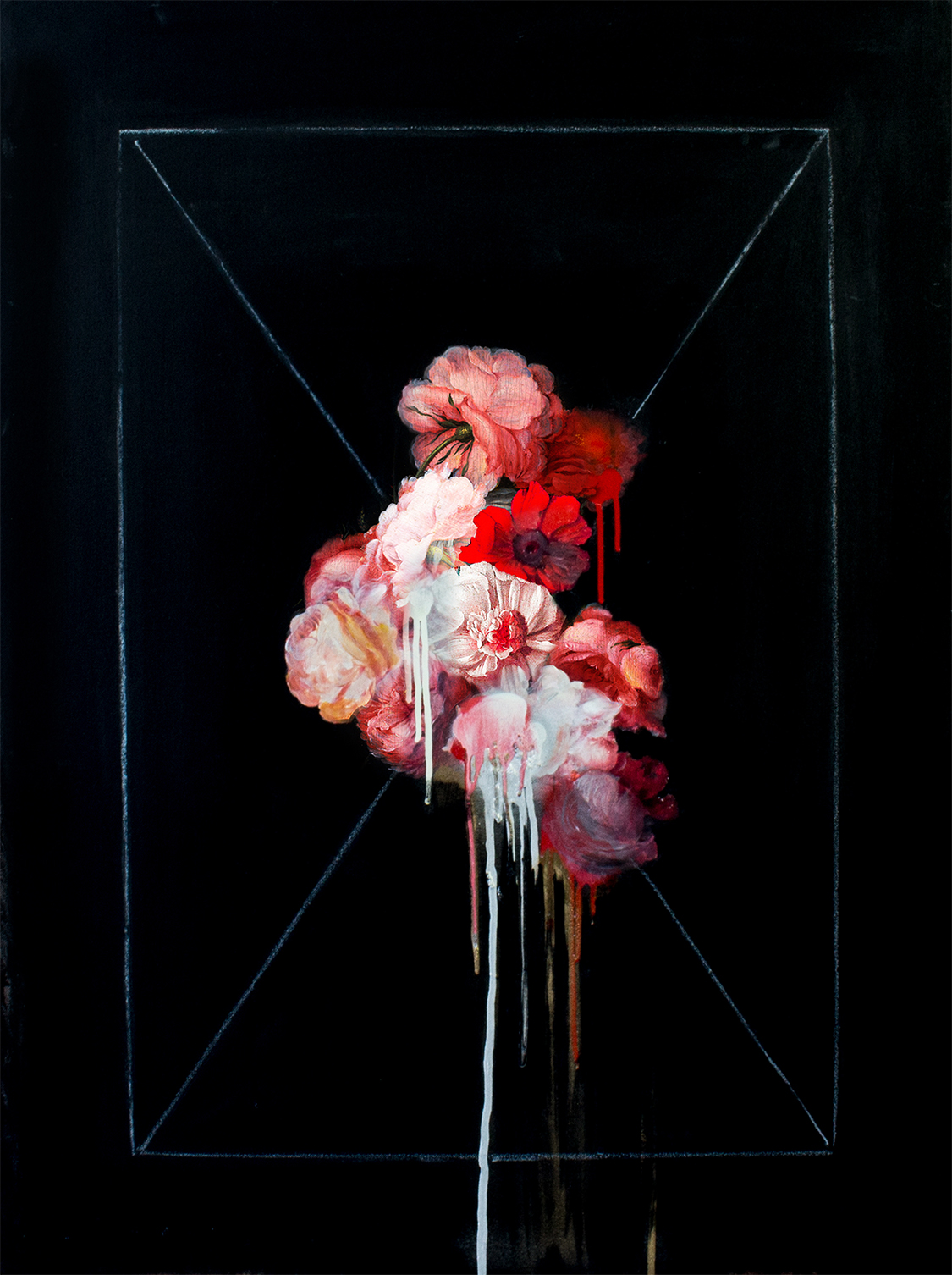 The first canvases of street artist Ted Pim were the walls of abandoned buildings. The Belfast, Northern Ireland-born artist roamed the U.S. and Europe and sought out dark, neglected structures where he then spent days creating massive other-worldly murals. 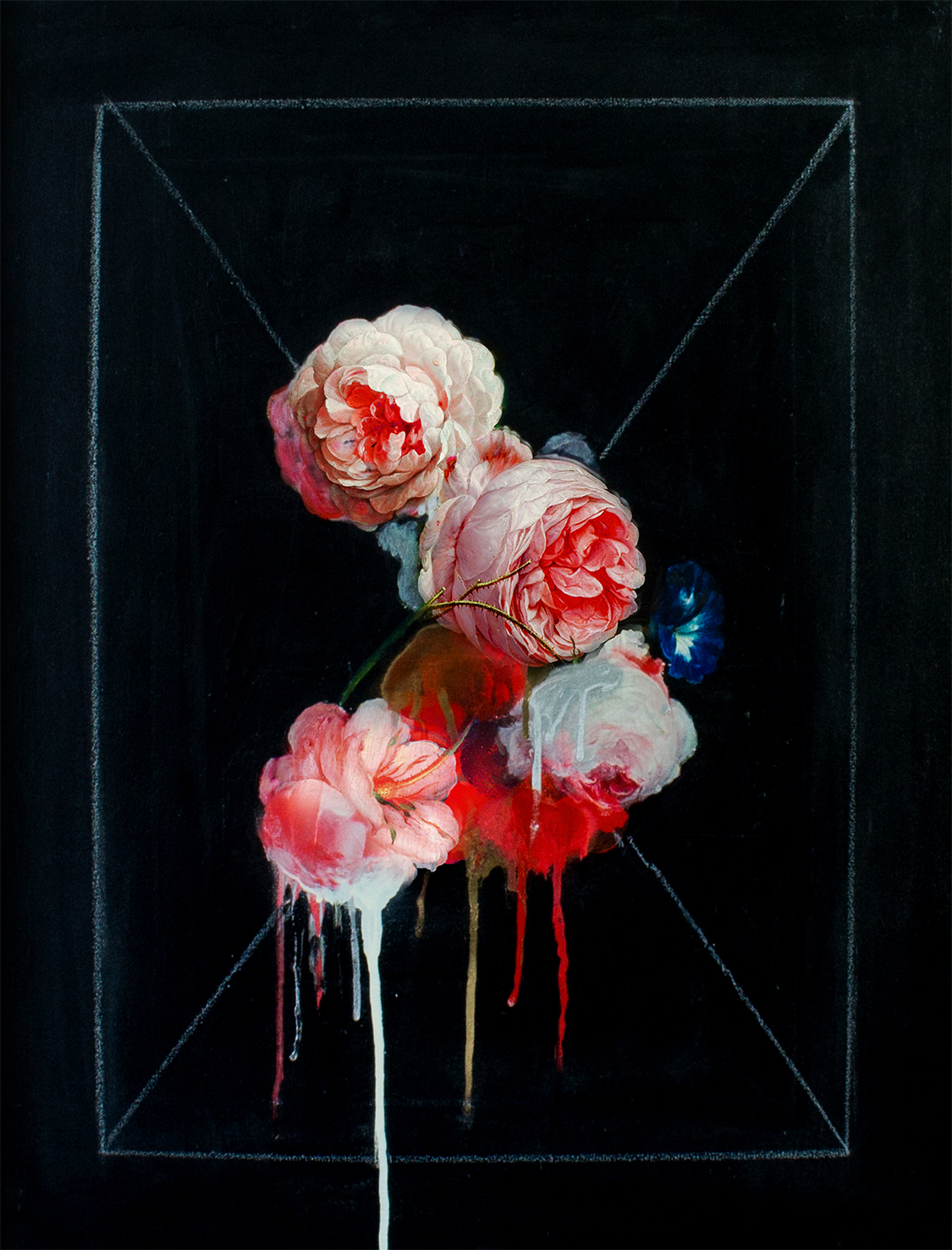 But Pim’s murals were not typical street art – no spray-painted graffiti with bold graphics and angry political messages.

Pim was channeling old masters like Caravaggio and Rembrandt. His art was in massive scale and up-dated in imagery, but it oozed Baroque-inspired dark drama and disturbing realism. 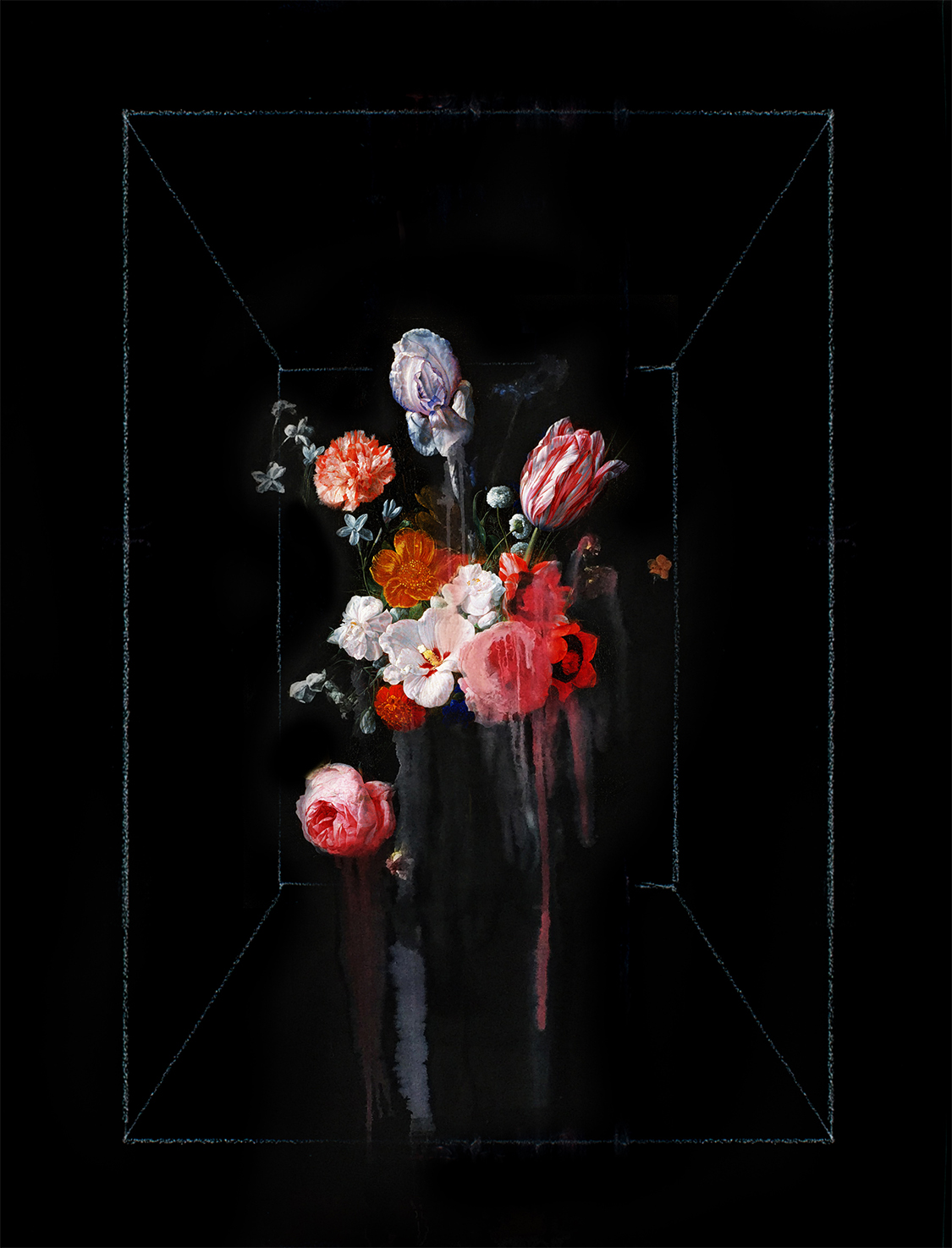 And now, the 30-year-old Ted Pim is creating large-scale canvases with similar dramatic effect – and they are selling at record speed.

Pim’s oil paintings are inspired by several of his favorite artists. He still remembers seeing Francis Bacon’s Head II in Ulster Museum and it left a lasting impression. 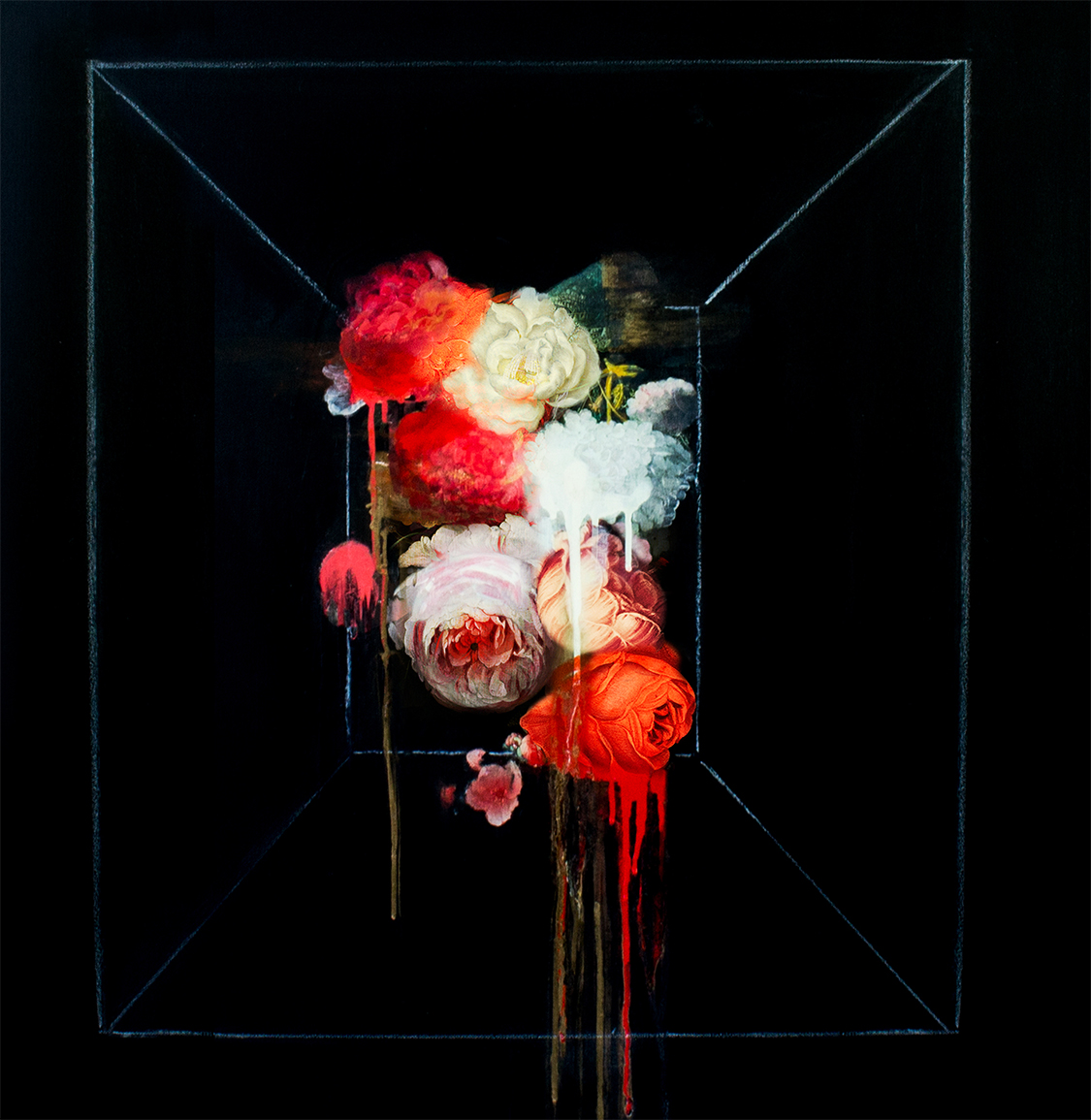 Pim, too, creates paintings with dark backgrounds, strong lighting and similar, although slightly less disturbing, subject matter. They are images that have a strong impact on the viewer.

Another of Pim’s sources of inspiration is Caravaggio, who is one of the initiators of Baroque painting and who also had a strong influence on Rubens, Bernini and Rembrandt.

“Coming out of one of the most deprived and poverty stricken areas in Western Europe, I was always fascinated with wealth and luxury,” Pim explains. “When I was dragged to the local Catholic Church as a child, I used to love sitting and staring at the fine art on display and motifs dripping in gold… I liked the idea of being able to create a luxury product out of nothing, so I started painting Baroque-inspired pieces.” We have launched artists with similar impact, including the Australian CJ Hendry, whose art sold out consistently through our social media channels and art pop-ups. She now lives and works in New York and her art sells at extremely high prices. 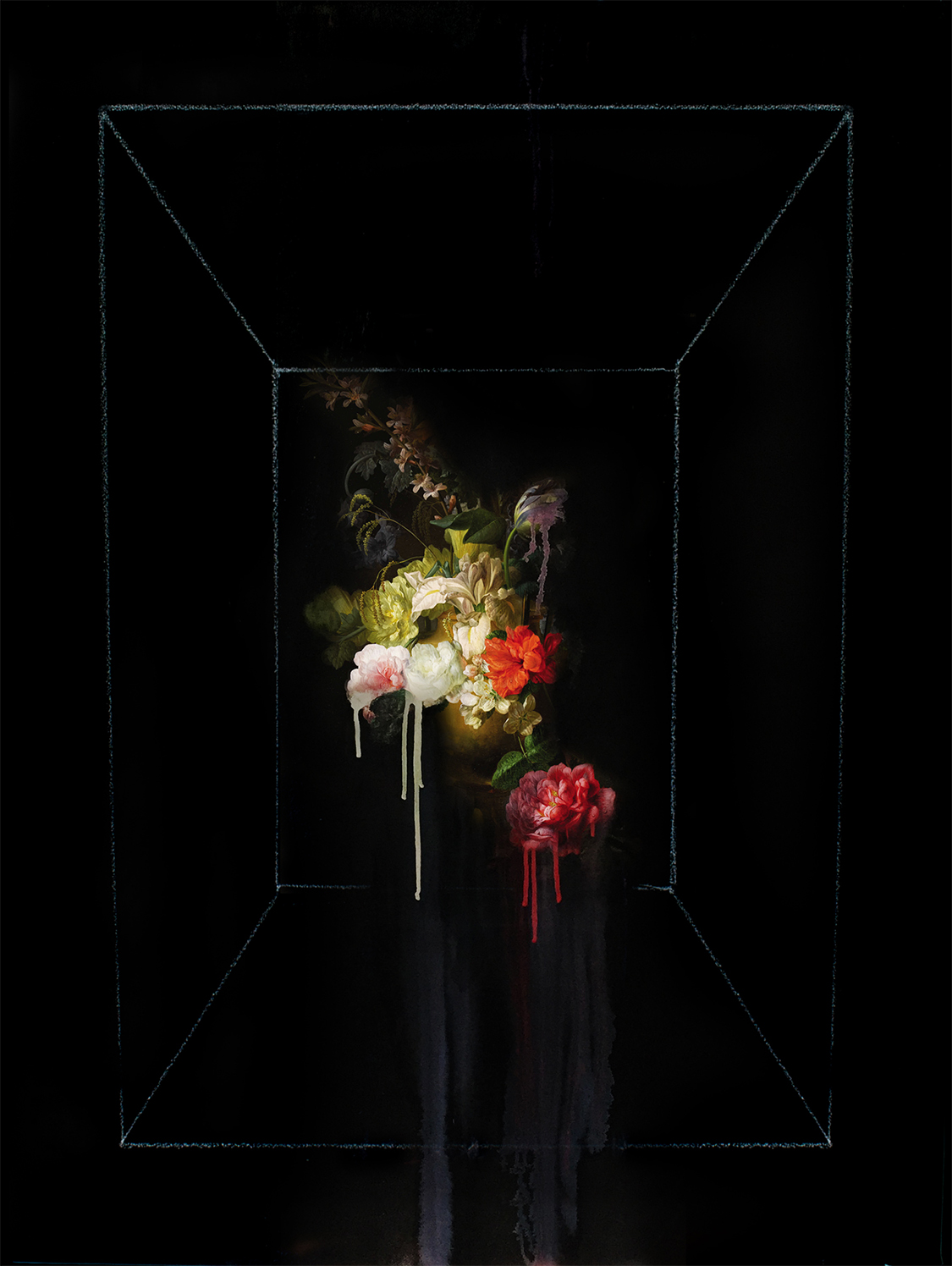 We now have the pleasure of introducing Ted Pim’s second flower series. In this series Pim presents the familiar baroque motif of flowers in an otherworldly form.

Bright, almost fluorescent flowers seem to be illuminated from within the black canvas. And once they have been affected by the light, they start the process of melting down, being consumed, oozing their life force out of the painting. The darkly liquid moment, arrested on black canvas, evokes an eerie feeling of something sinister, either imminent or just materialized. We are clearly left outside of the process yet cannot take our eyes off the image. 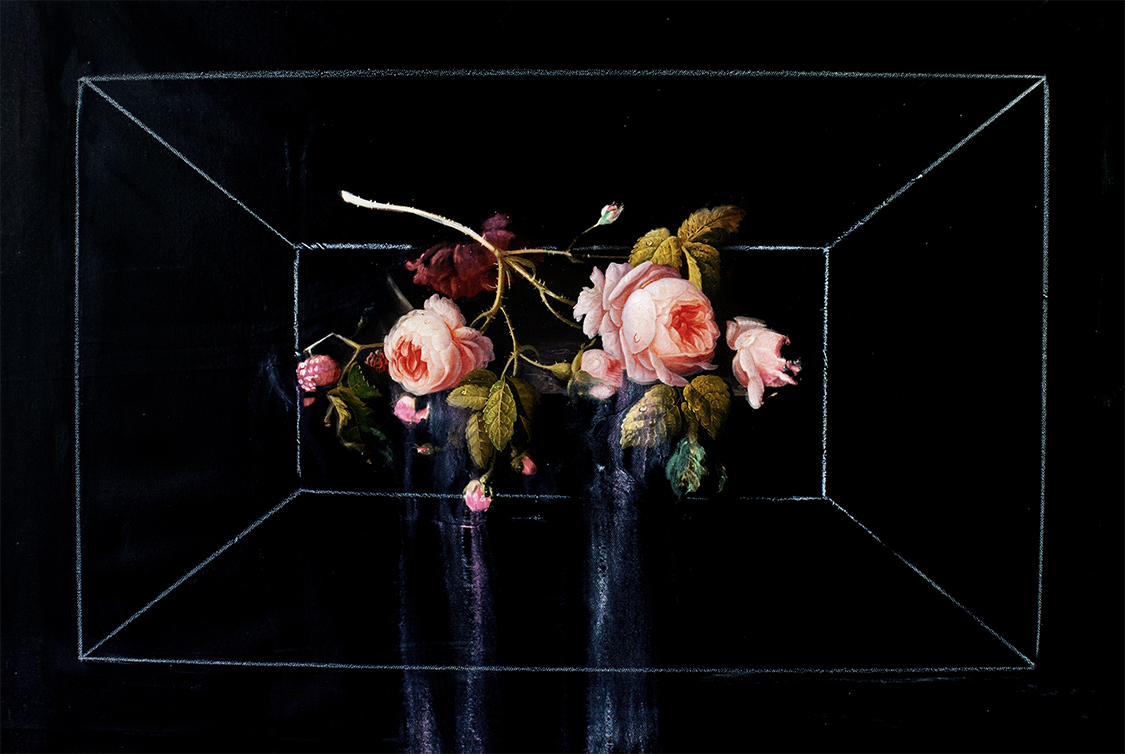