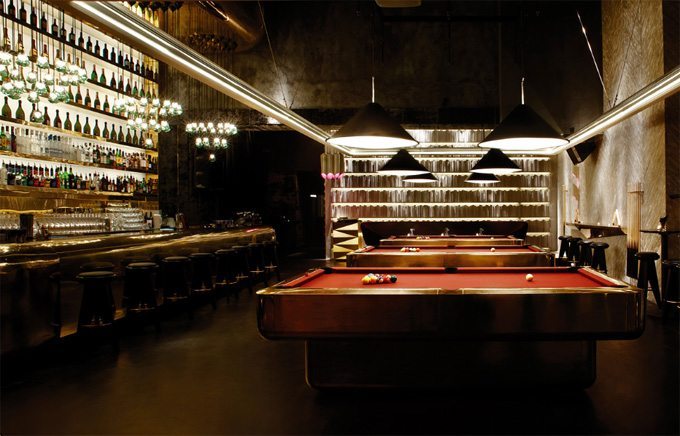 Tom Dixon’s career has taken him from discovering the idea for the S-bend chair while welding motorcycle parts, to being one of the hottest designers of lighting, furniture and interiors, and to occupying the chair of Creative Director at the venerable Finnish Artek. 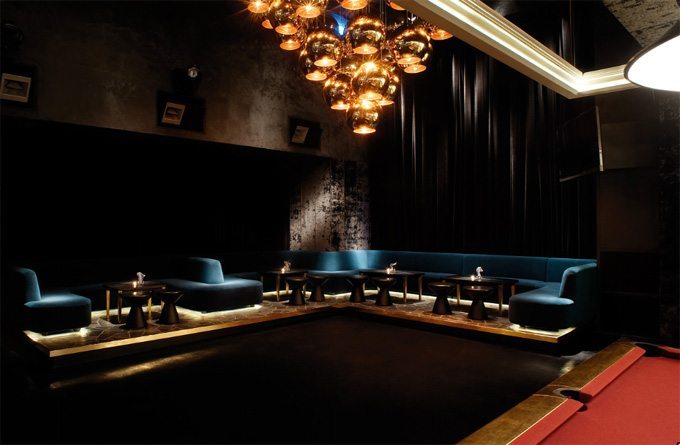 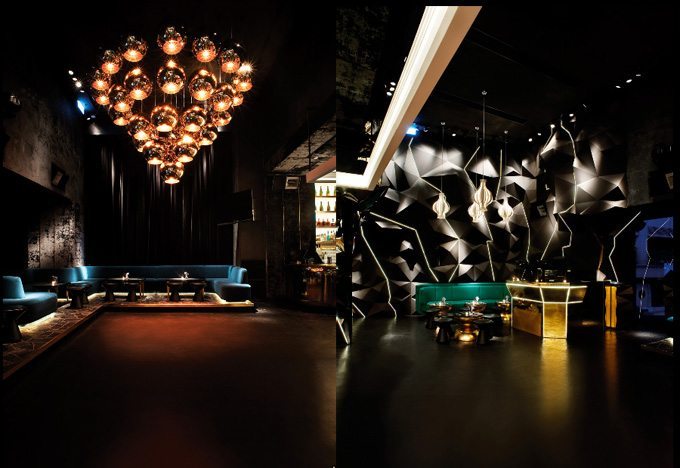 Tazmania’s owner is Hong Kong entertainment entrepreneur Gilbert Yeung Kei-lung. With his British boarding school and Canadian college upbringing, he wanted a British private-club atmosphere, but without the stuffiness. 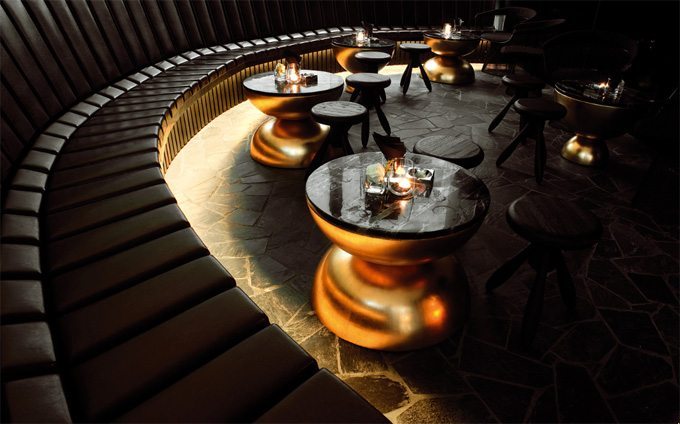 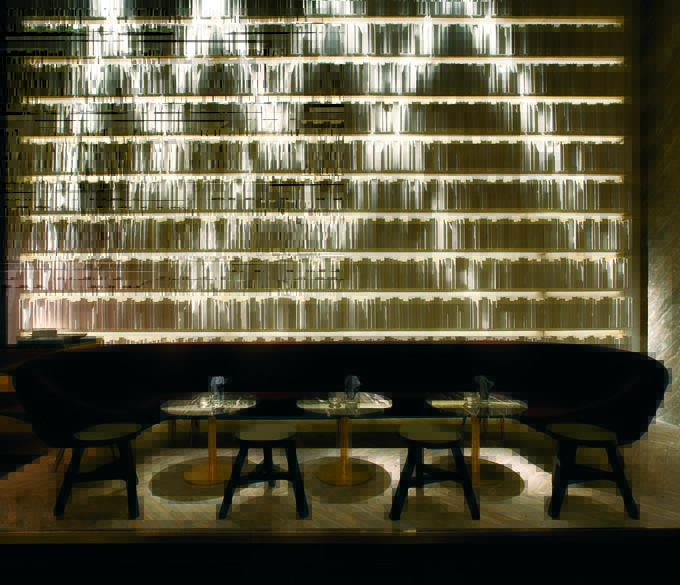 The result is an exclusive and glamorous mix of a pool hall/private club/dance club/night club. Golden pool tables are magically lifted to the ceiling making room for one of Hong Kong’s largest dance floors where resident DJs keep the carefully screened guests hopping with the latest Funktion One sound system. The British street culture is emphasized with the staffers attire: they wear Doc Martens and Fred Perry. 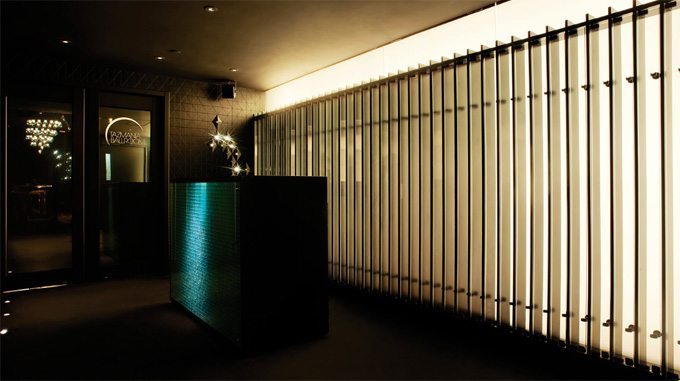 Dixon’s own pieces decorate the opulent space including the Cone, Pipe and Copper Shade lights and the Offcut Stool.

Gilbert Yeung is also the founder of the Dragon-I bar and restaurant, Busy Suzie and Brother & Sister store and cafe. He is the son of Albert Yeung Sau-Shing, Hong Kong entertainment tycoon and chairman of the media conglomerate Emperor Entertainment Group. Tuija Seipell