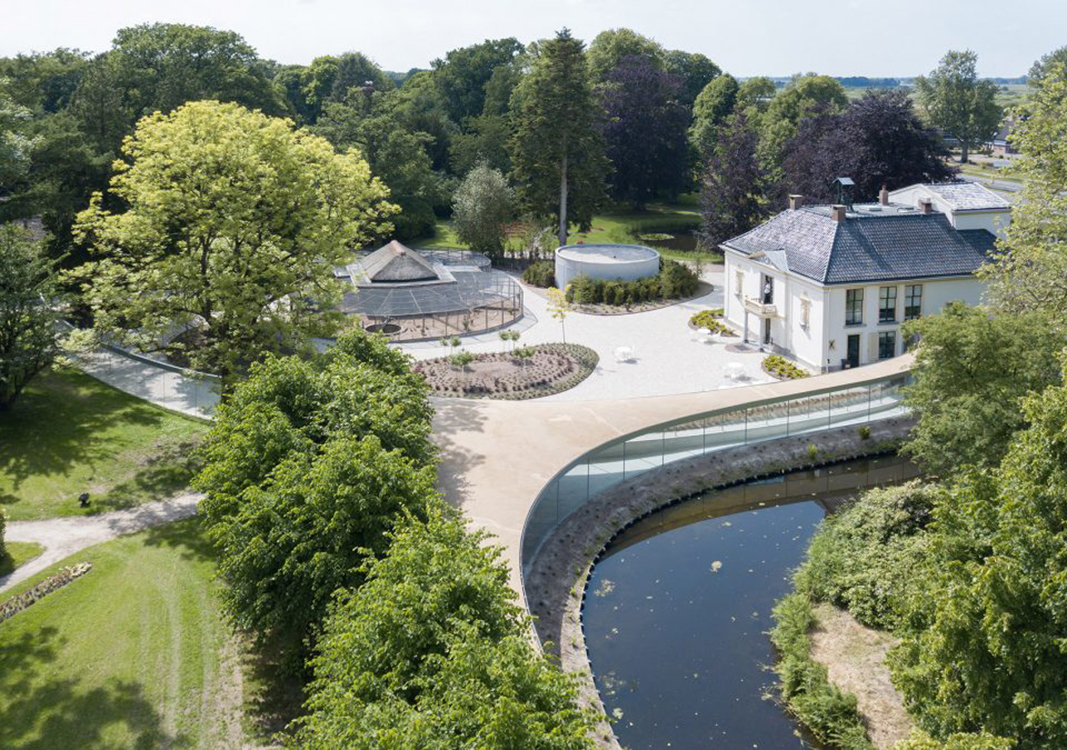 A large swath of sweeping parkland, a protected heritage building, a beloved cultural and outdoor destination of locals. These characteristics – plus many other structural, architectural and usage demands – faced the architects selected to create the Park Groot Vijversburg visitor centre in Tytsjerk, the Netherlands, in 2011. 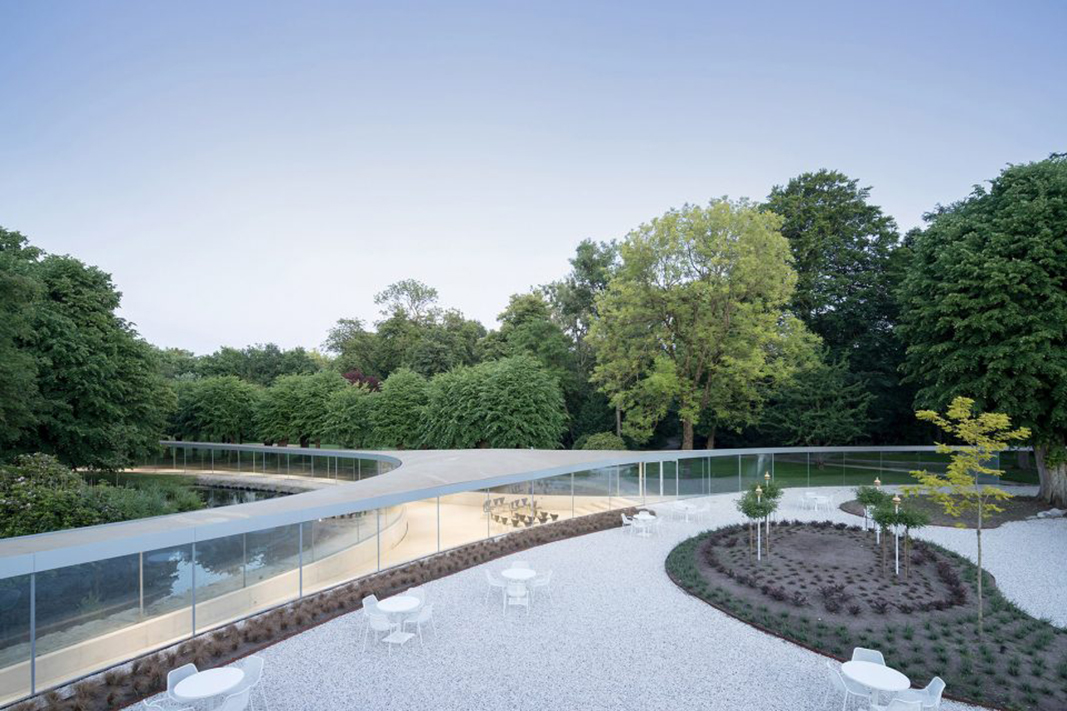 The two chosen for the job that also included landscaping and the renovation of the existing historical estate, were Marieke Kums, founder of Rotterdam-based Studio MAKS and Japanese Junya Ishigami , founder of Tokyo-based Junya Ishigami + Associates. Both had worked for the Japanese architectural firm SANAA, but they had not collaborated on this scale before. 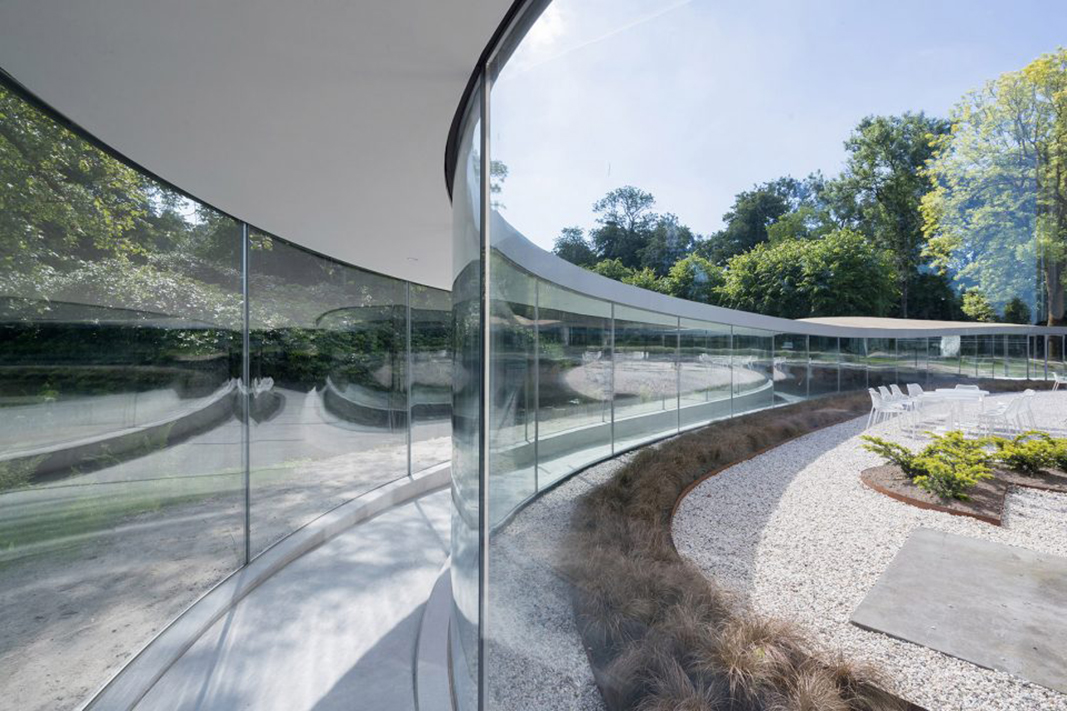 The original neoclassical villa, Villa Vijversburg, was bult in 1844 by Baudina Looxma and Nicolaas Ypeij. Open to the public from 1906 onward, the estate is owned by Op Toutenburg foundation that has initiated the large-scale upgrades and the expansion of the premises as well as the artistic and cultural offerings of the park. 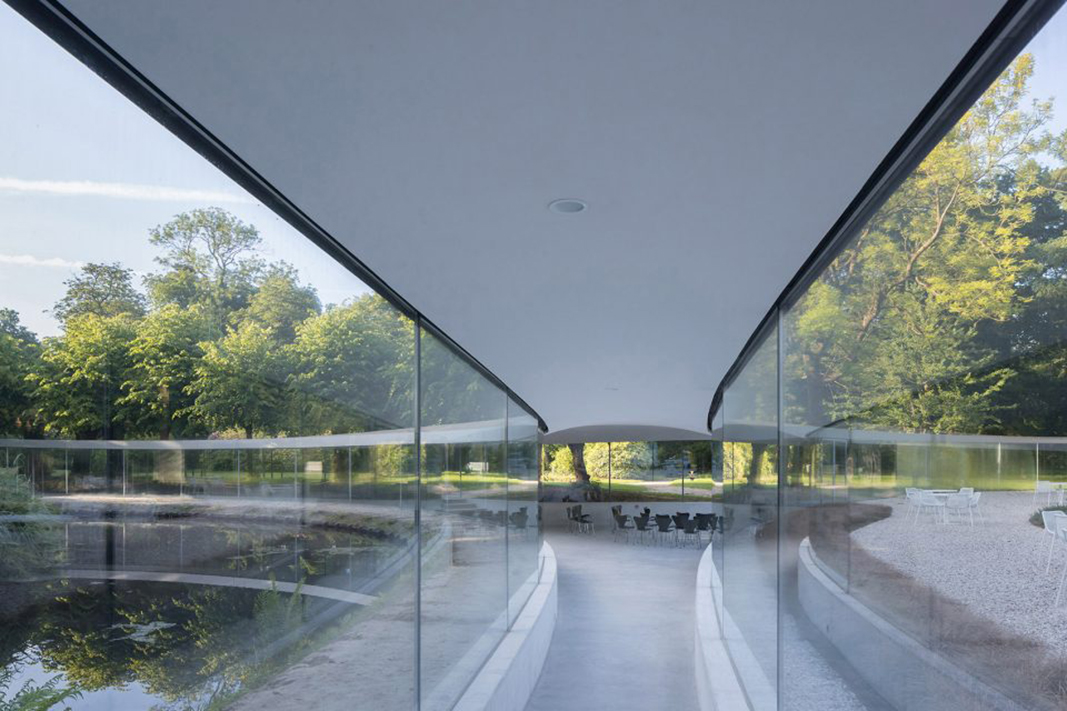 The small town of Tytsjerk where the park is located is in the Dutch province of Friesland, 93 miles (150 kilometres) northeast of Amsterdam. Its closest larger town is the provincial capital of Leeuwarden, the European Capital of Culture in 2018.

The completed Park Groot Vijversburg project, reopened to the general public this summer, will be an important destination and regional focal point for the upcoming year’s cultural celebrations.

Kums and Ishigami’s project is an excellent example of scale and balance. The new structure is radically different from the existing villa, and much larger, but its lightness and exquisite ethereal qualities make it seem almost temporary or fleeting. It does not fight for attention yet we cannot take our eyes off its sexy curves. 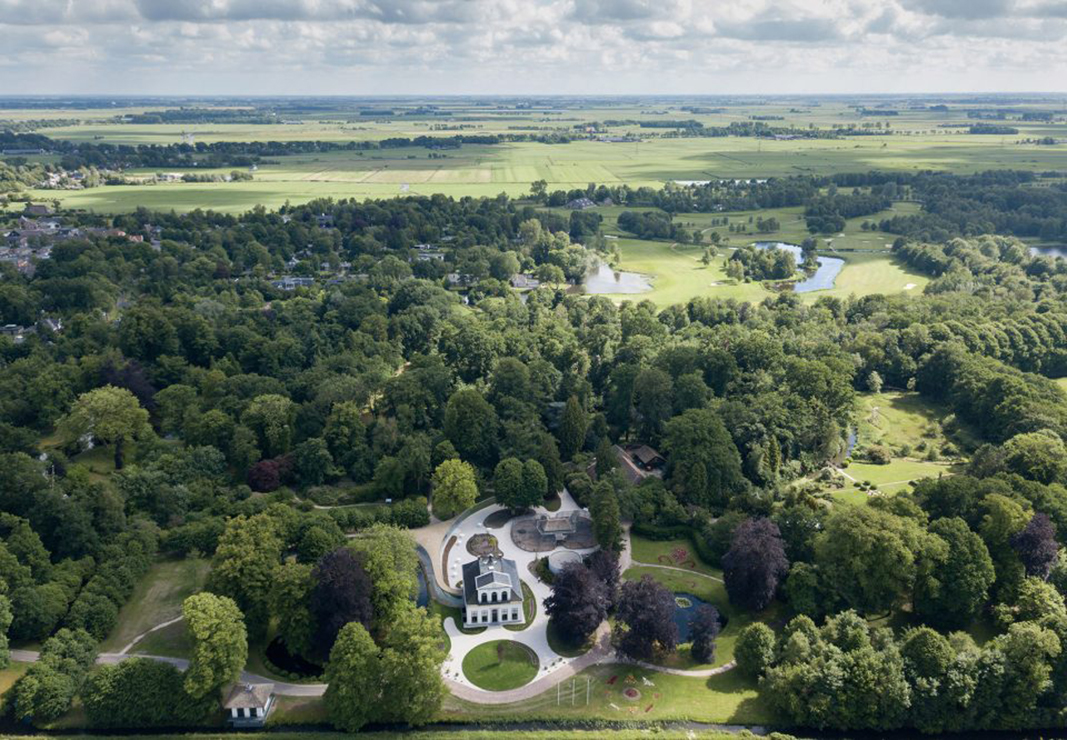 The new glass building is more of a piece of artistic architecture than a strict response to the initial brief that called for a traditional visitor centre set-up with a separate tea room, shop and bathrooms.

The new pavilion serves as a separate structure from the original historic villa and is accessible during events, including lectures, exhibitions, concerts and weddings. The villa will carry the tearoom and shop functions and the expanded park area features outdoor art installations and an open-air stage. Tuija Seipell