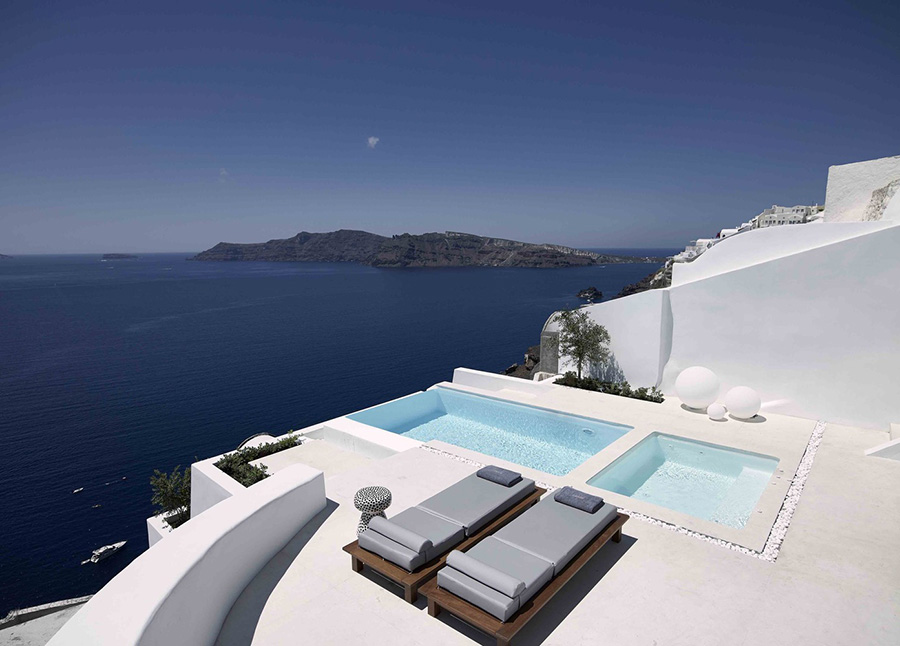 Images of high cliffs rising from the blindingly blue sea with white-washed villages clinging to the edges – these are the typical visions that come to mind as soon as someone mentions Santorini, Greece.

The island of Santorini is largest island of the Santorini caldera in the Aegean Sea. Due to its volcanic origins and spectacular beauty, the island has long been a popular destination for both volcanologists and tourists. 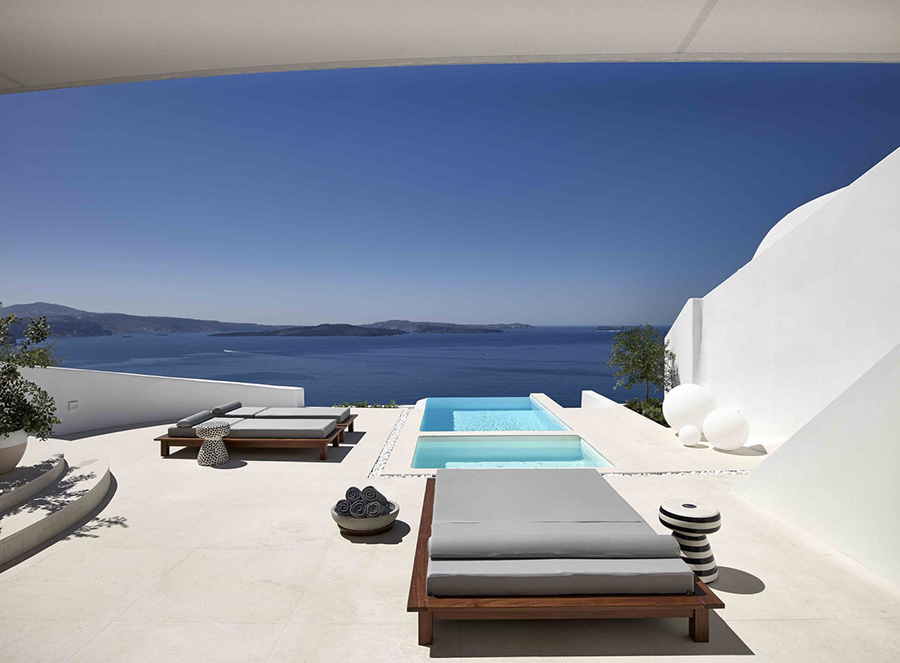 The Summer Cave House in the village of Oia in the north end of Santorini fits the typical Santorini picture perfectly. Recently completed by Kapsimalis Architects the house is indeed white and minimalist and it clings to a cliff overlooking the sea. But even among the many cave houses on Santorini, this one is quite spectacular in its compact, modern elegance. 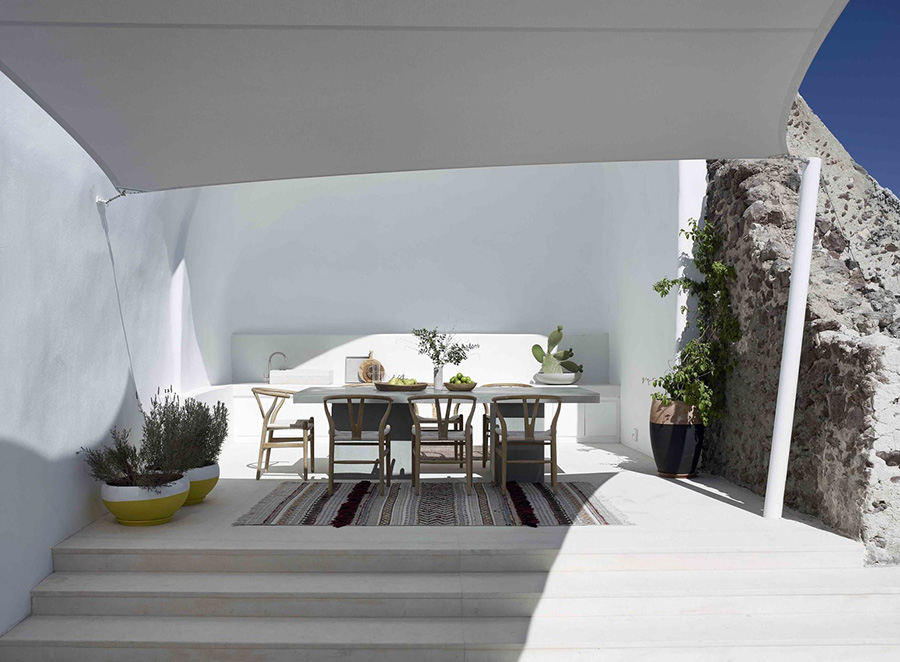 A curving staircase connects the cave house to a second level terrace that includes an infinity pool and areas for dining and lounging. The house is 100 square meters in size in total (1,760 sq.ft). 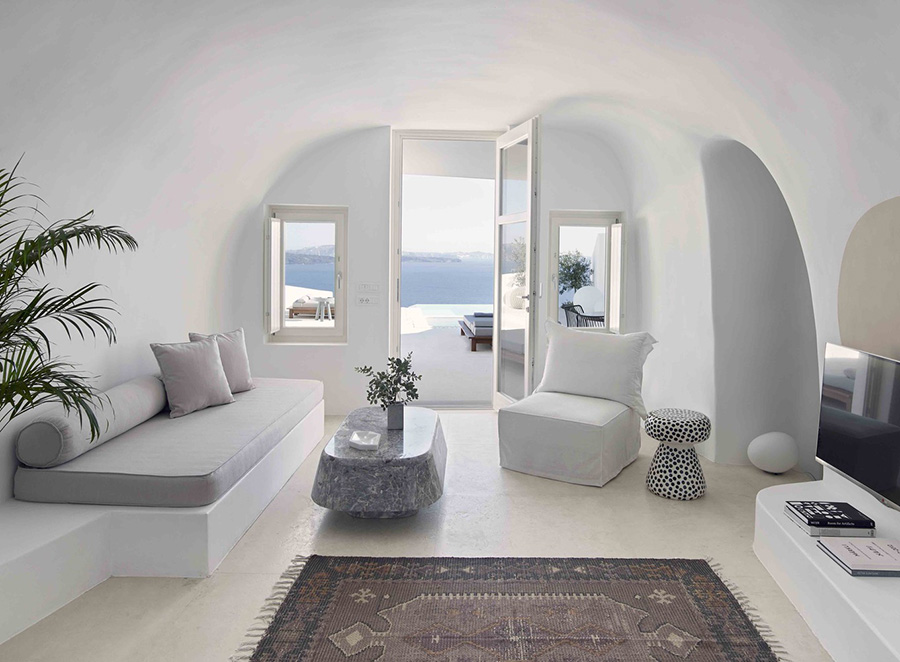 The curve is the prevalent form as many of the indoor and outdoor walls, low barriers and the staircase curve gently and organically. These rounded elements hug the open spaces and form a nest-like nook here, a sheltered area there or a gentle frame for the view elsewhere. Kapsimalis Architects, based on Santorini, was established in 2012 by Alexandros Kapsimalis, 31, and Marianna Kapsimali, 29. Both are graduates of the National Technical University of Athens. 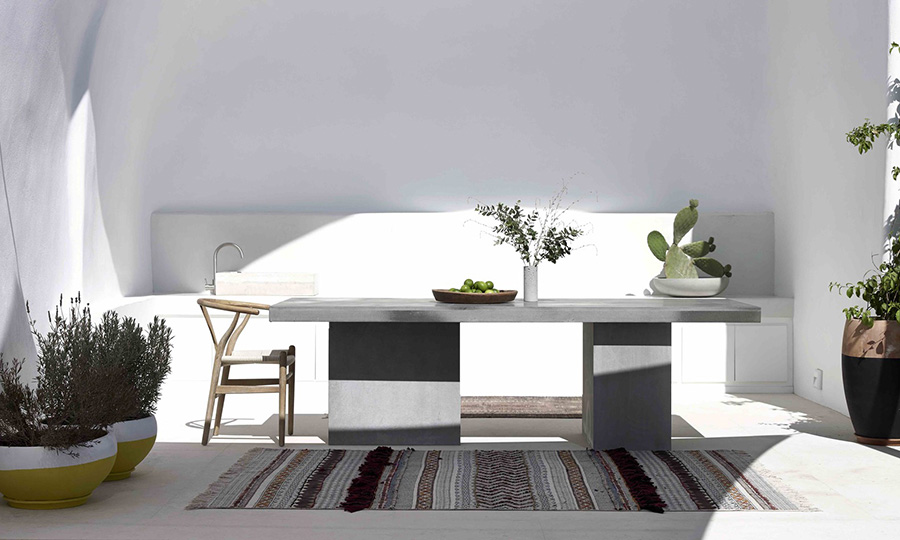 In addition to having designed several projects in the village of Oia, Kapsimalis Architects has completed residential, hotel and retail assignments in many of the other villages of Santorini including Messaria, Fira, Firostefani, Akrotiri, Emporeio and Pyrgos. Tuija Seipell 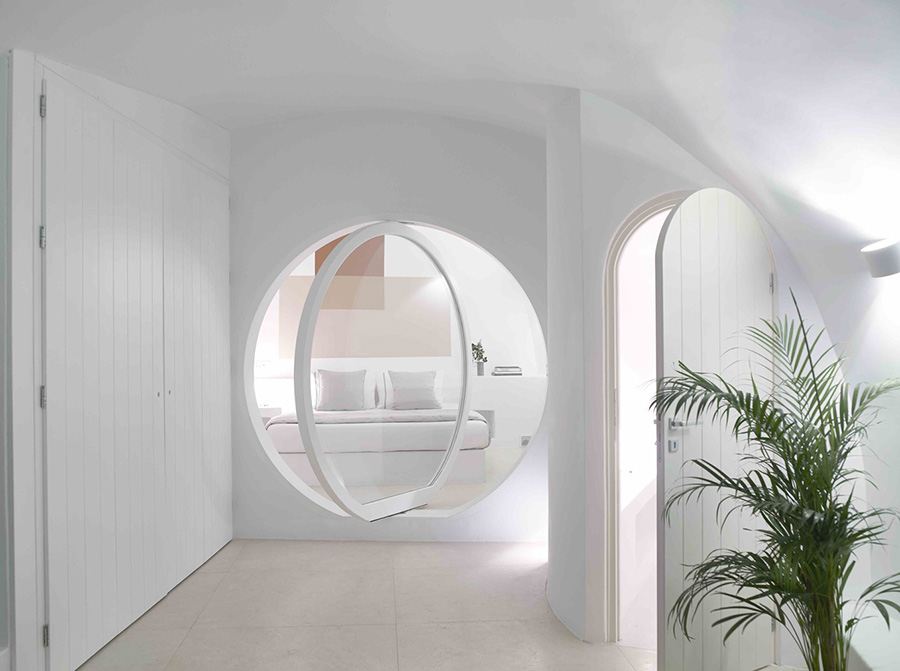 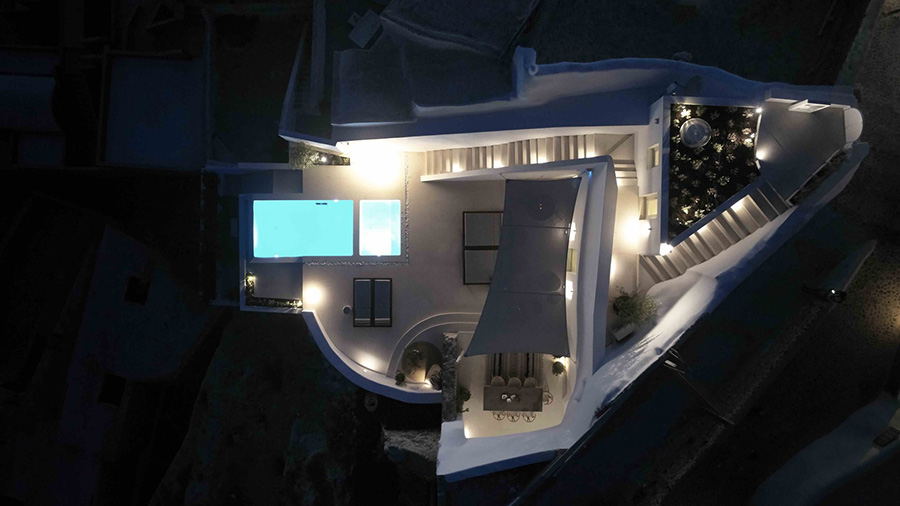 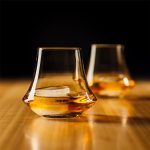 Hundreds of hours of refinement, prototyping and ‘testing’ have gone into the development of this glass. This glass is set to help fellow explorers discover whiskies they already have or have yet to conquer.