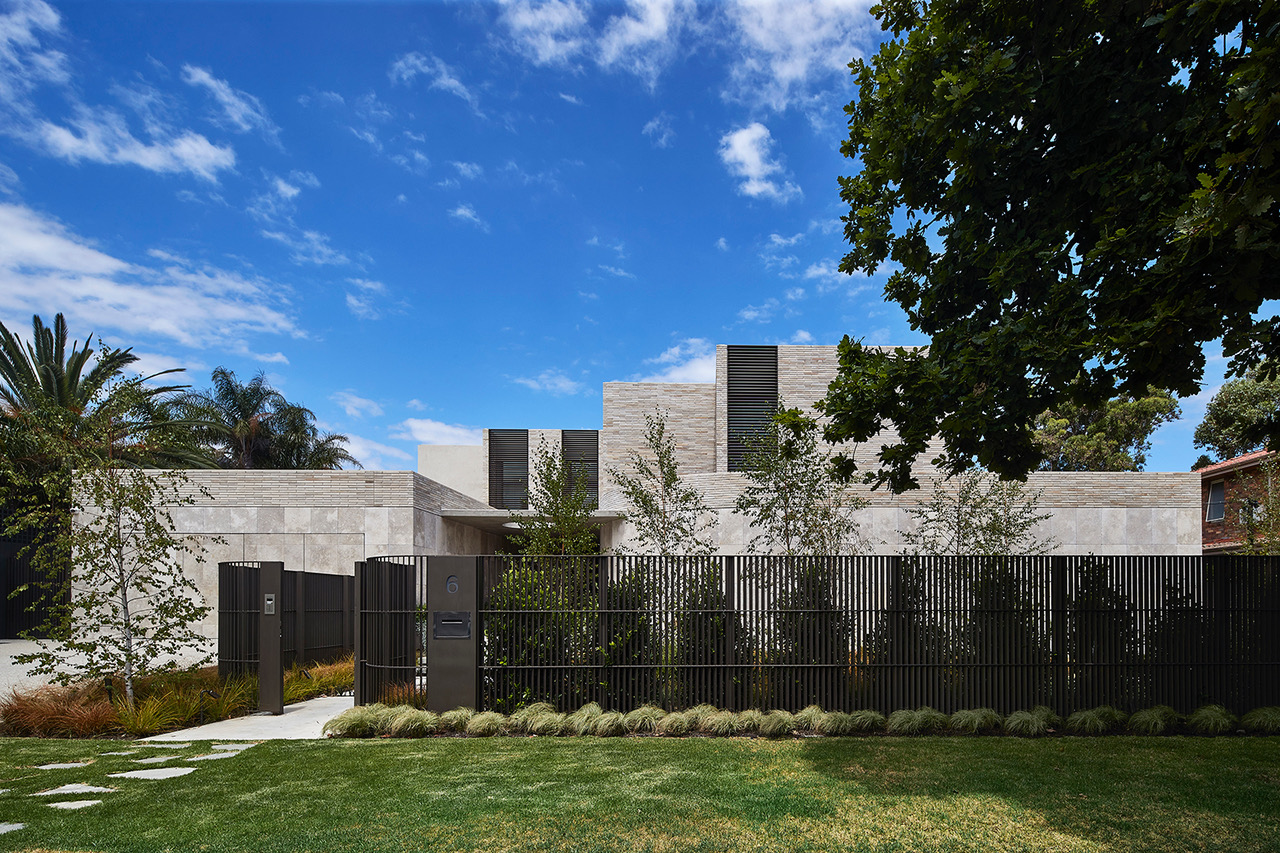 Husband and wife, Kathryn Robson and Chris Rak, founders of the Melbourne-based Robson Rak architecture and interior design practice, have recently completed their most demanding and ambitious project to date. It is a dream project in many ways as Robson Rak was commissioned to create not just the house but the interiors as well. 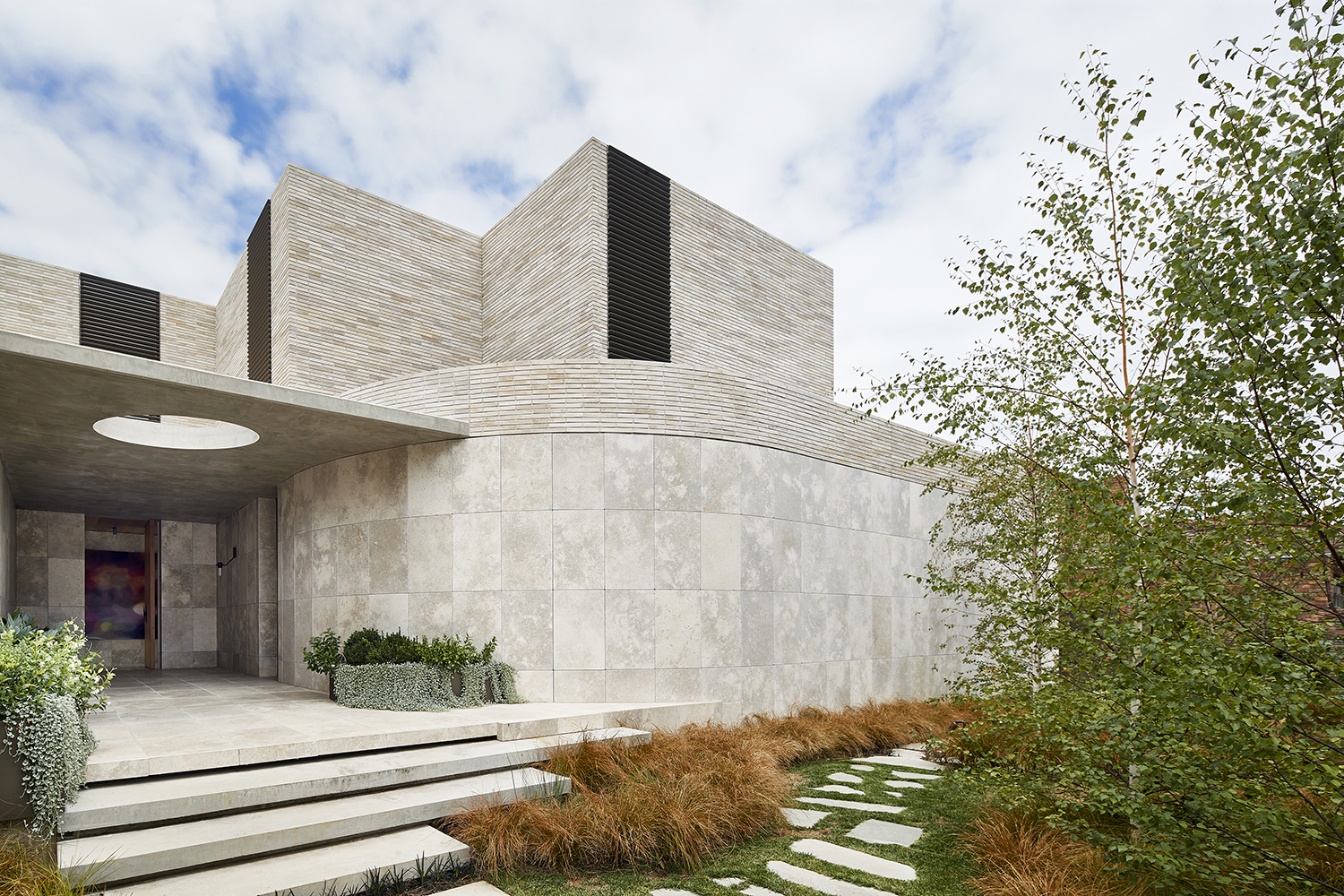 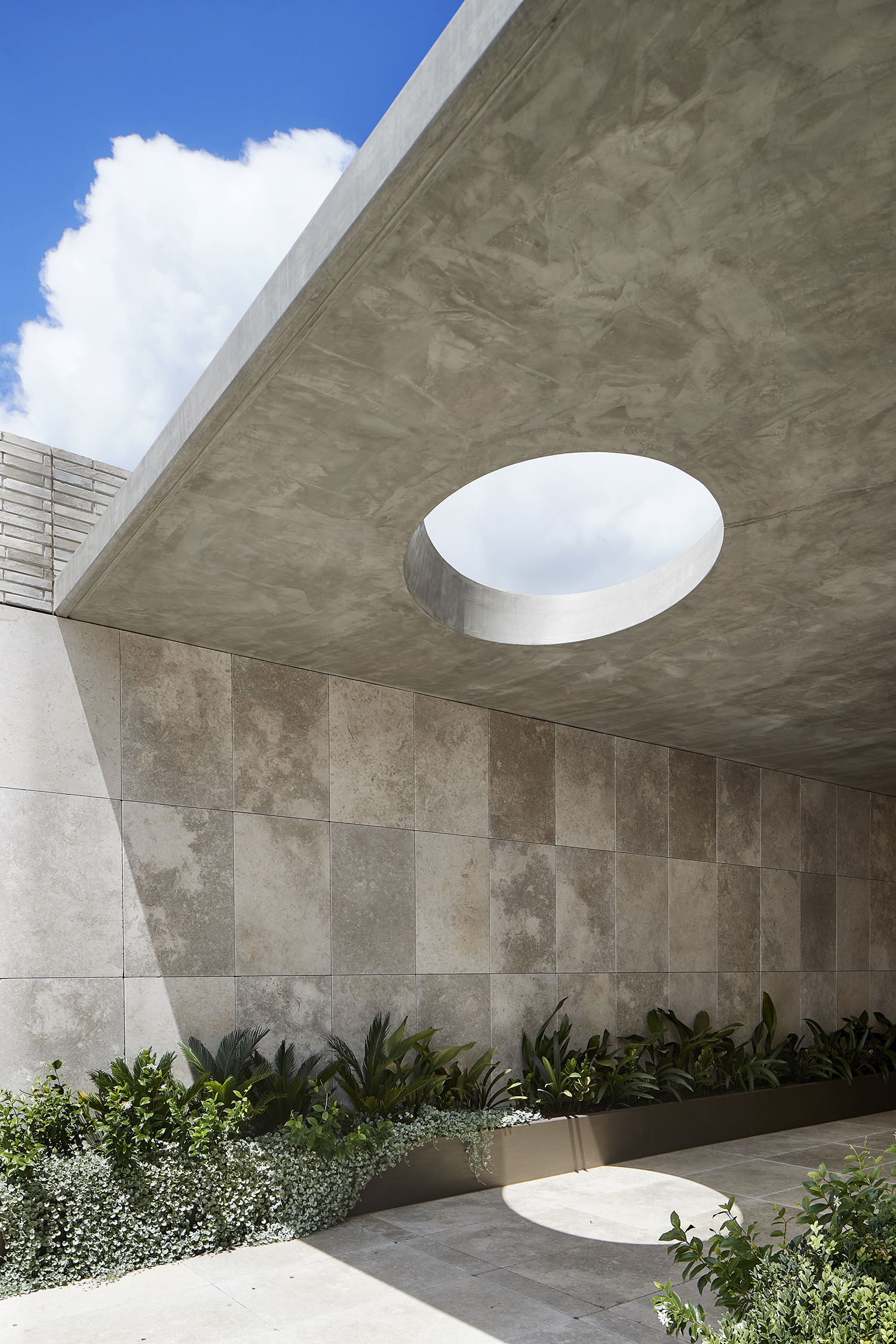 The dramatic Stone Soul House is a six-bedroom family residence partly blasted into the ground. It is approximately 900 square-metres (9,688 sq.ft) in size and covers three levels. 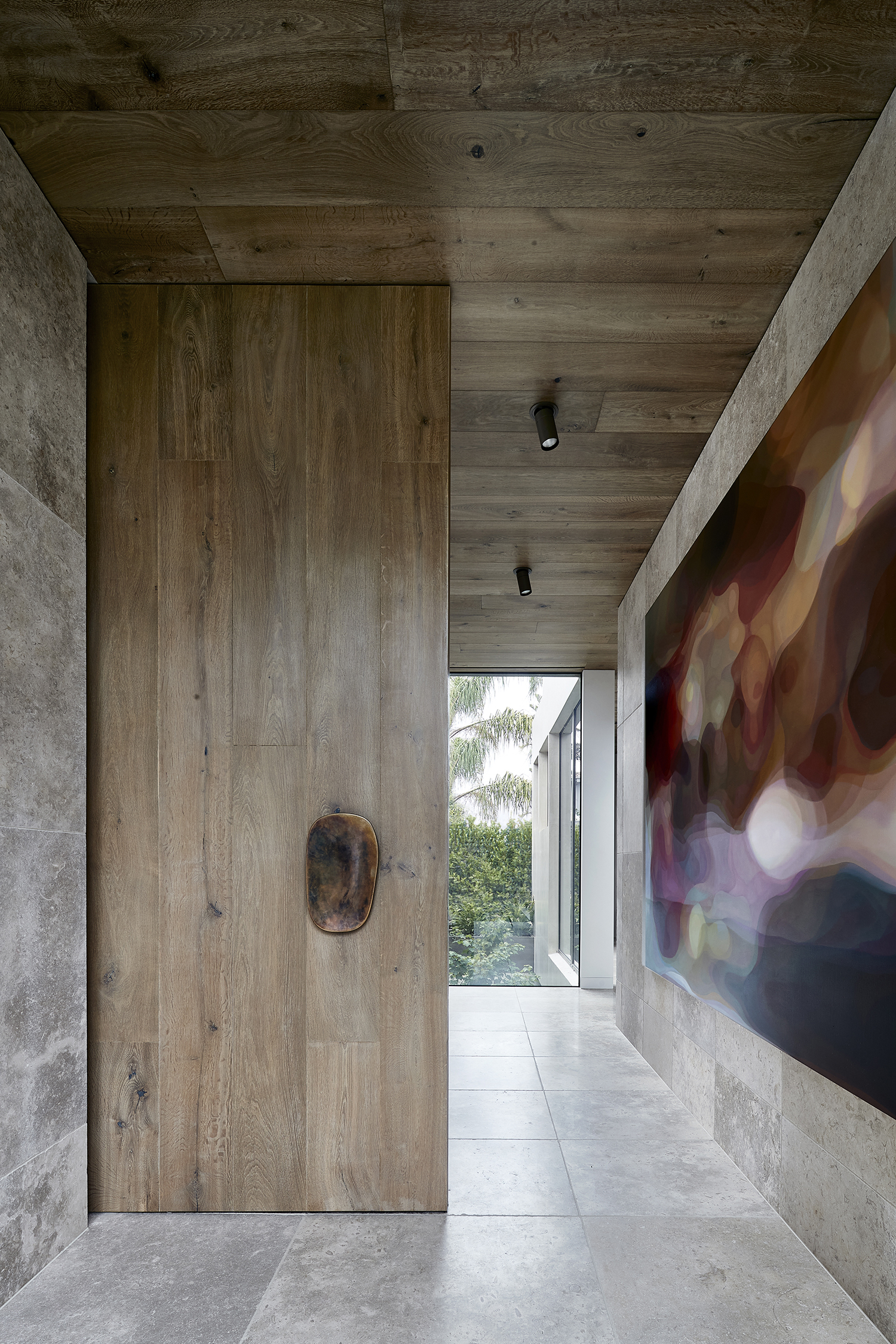 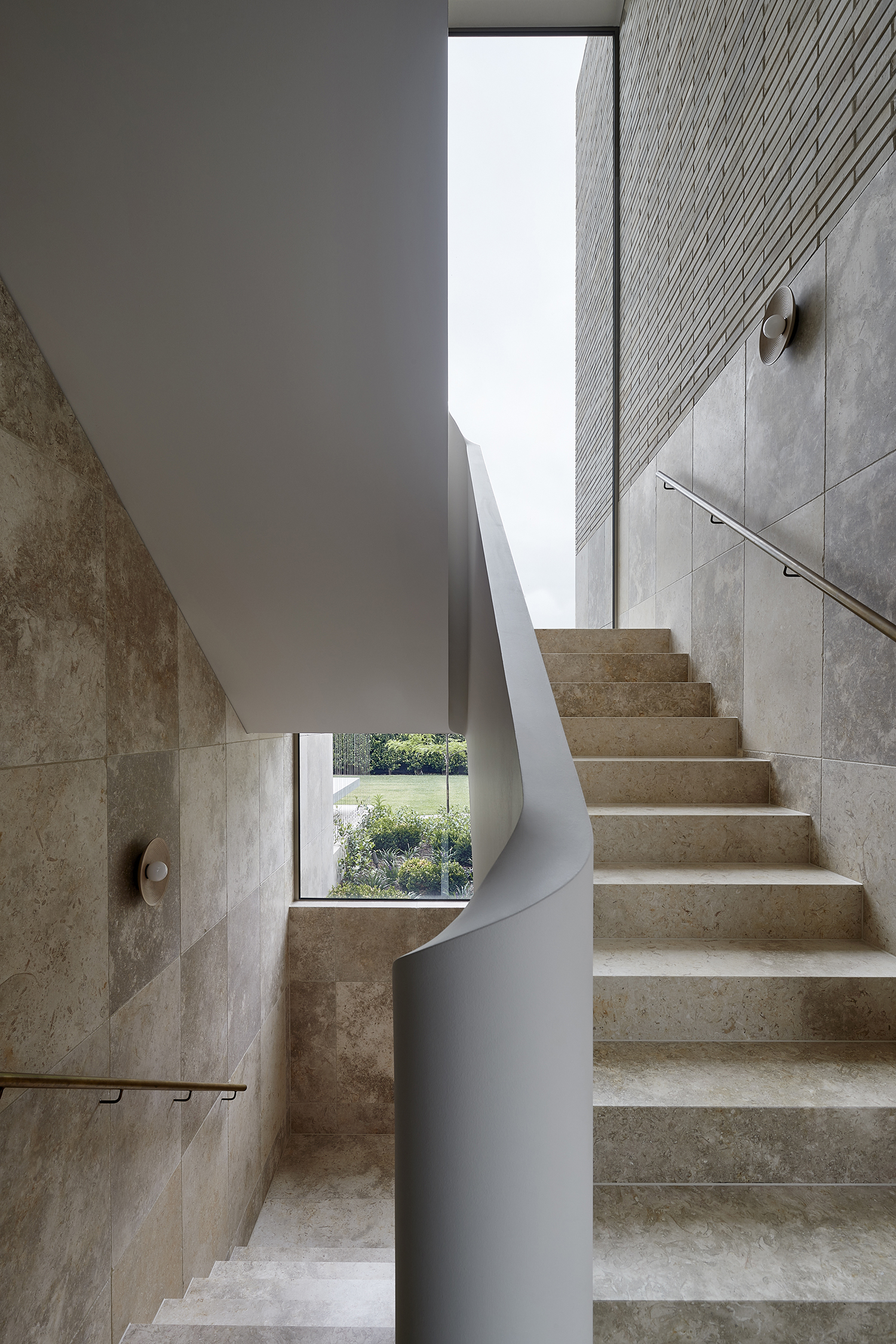 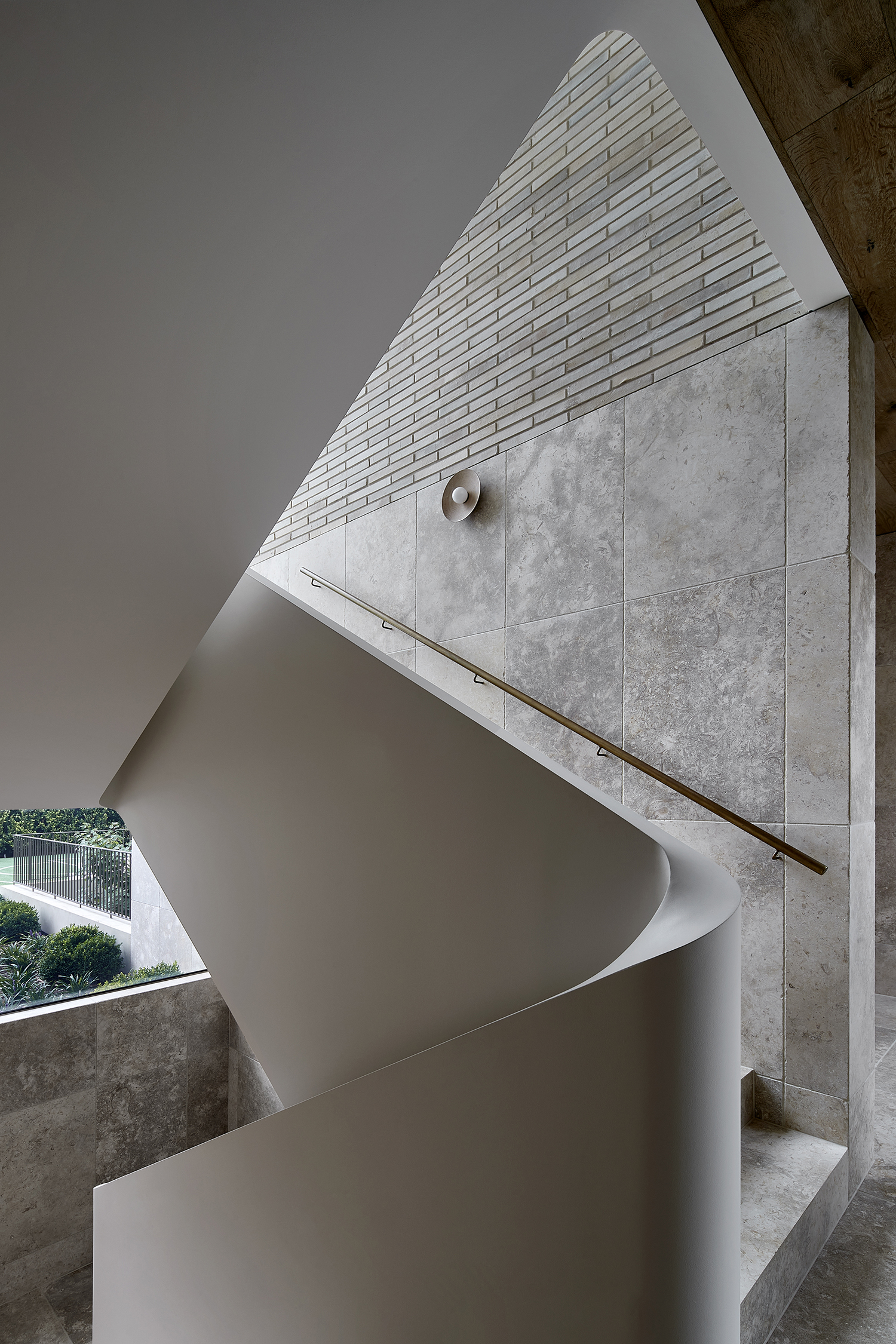 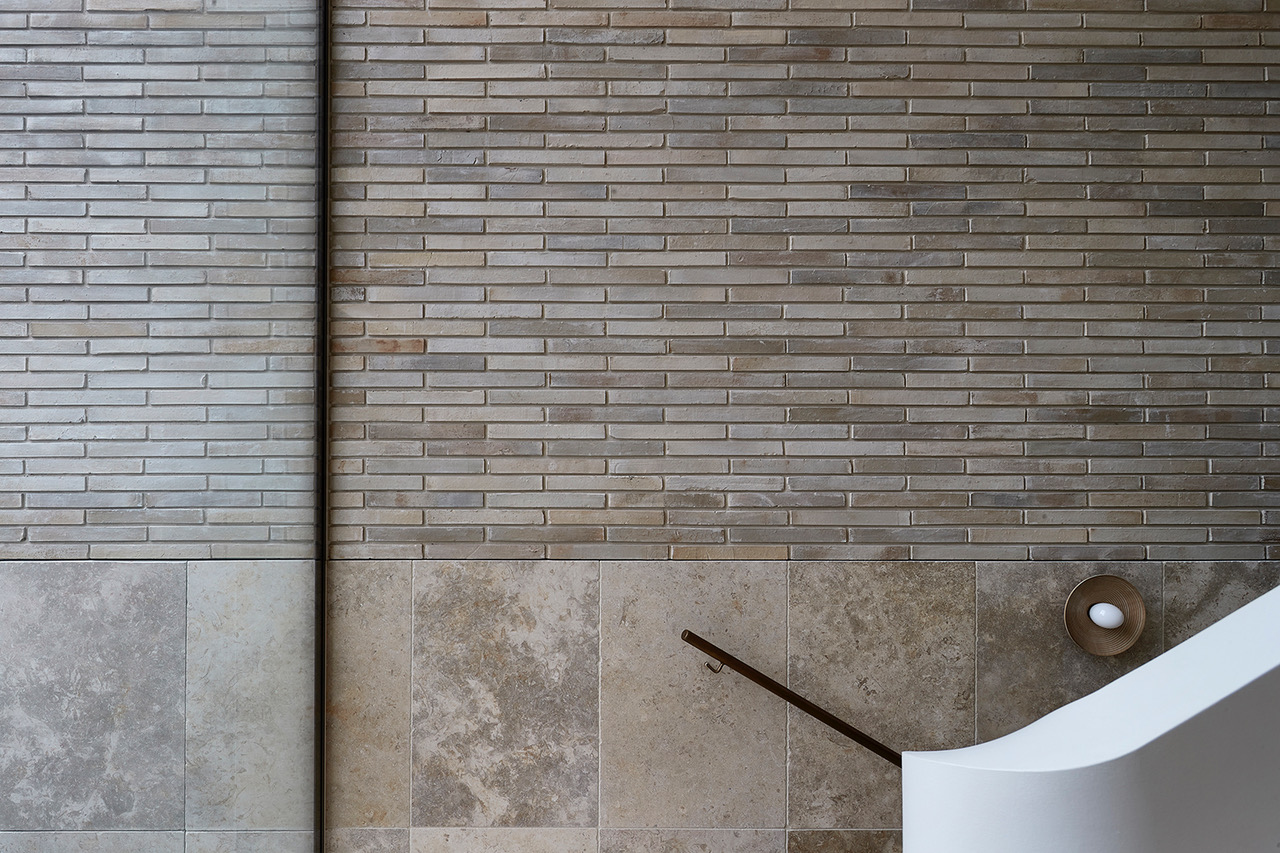 The House is massive, not just in size but in presence. At first glance, it brings to mind a fortress, a monument or an art museum. It exudes permanence and solidity. All of this is part of the brief as the family, consisting of a couple with four children, was looking to re-house itself in a home that reflects their current family-centered life and also meets their potentially multi-generational future needs. They wanted that sense of permanence and also a feeling of belonging to the surroundings. 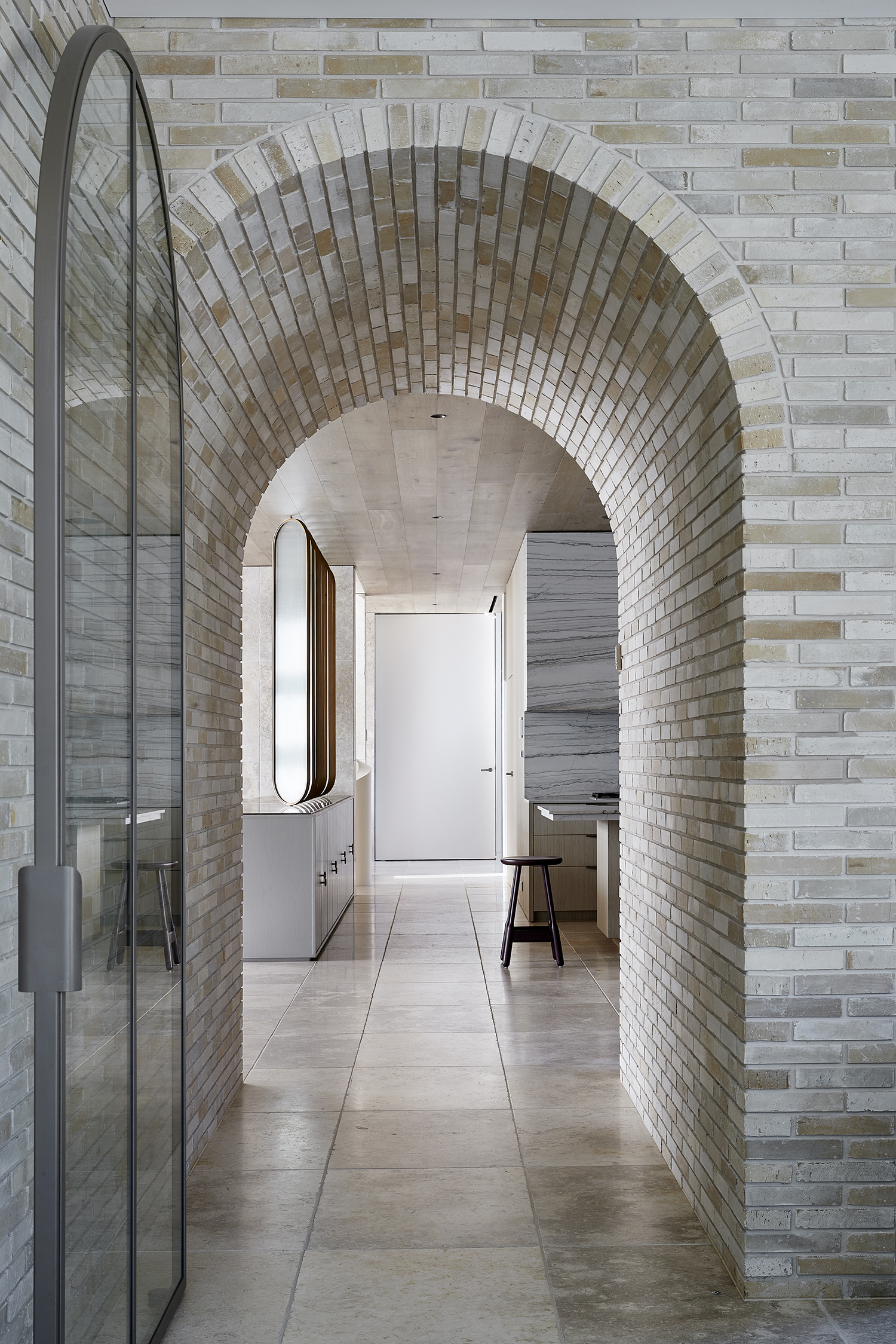 We wondered how a family could have nothing they wanted to keep, that they could allow designers, no matter how suited to the task, to choose everything. “Our clients had some sentimental items and art that is in the home but they had previously not really invested in beautiful furniture so now was the time,” Robson Rak told The Cool Hunter. “It was also important to them that the furniture be the correct scale and complete the whole story of the design concept.” 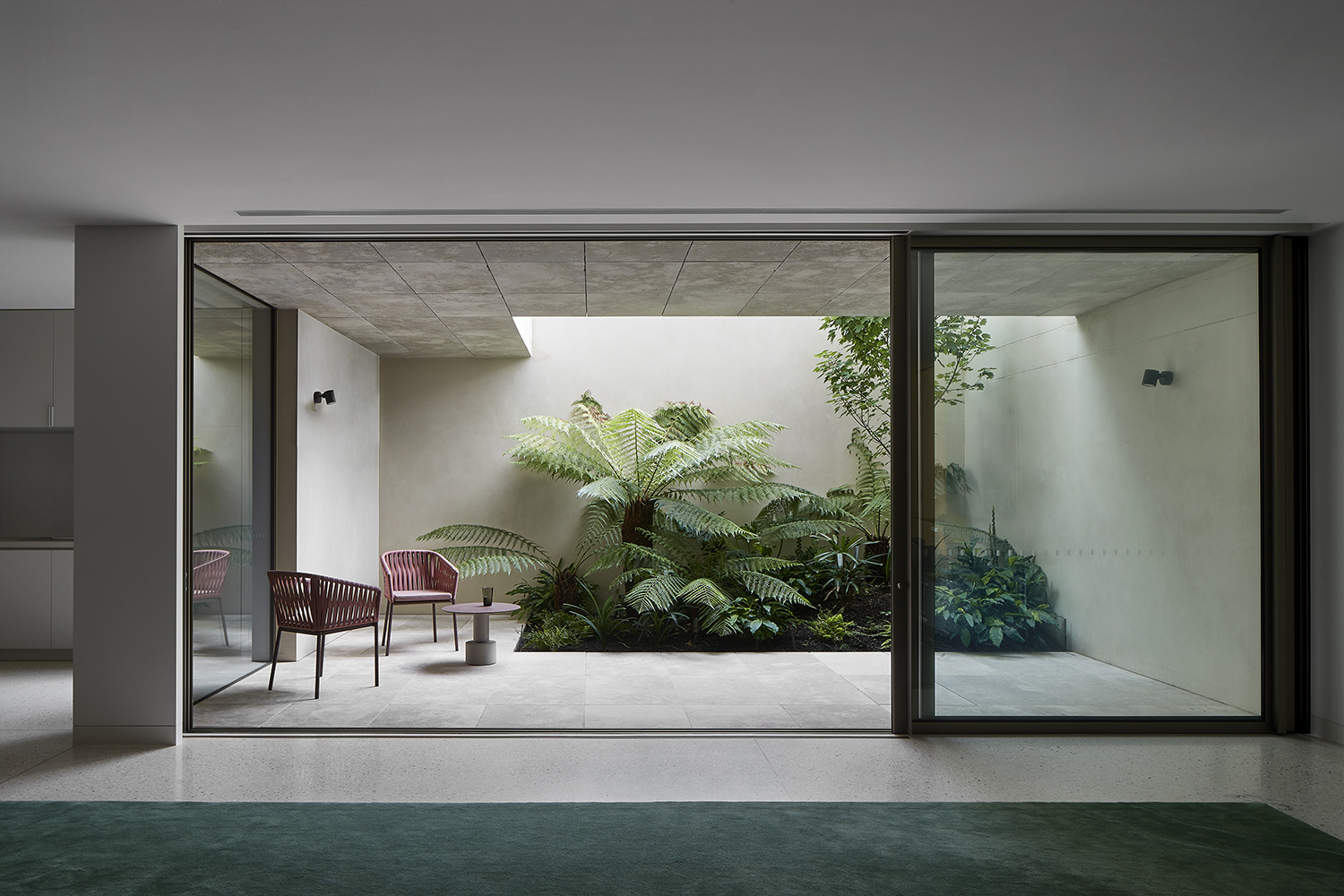 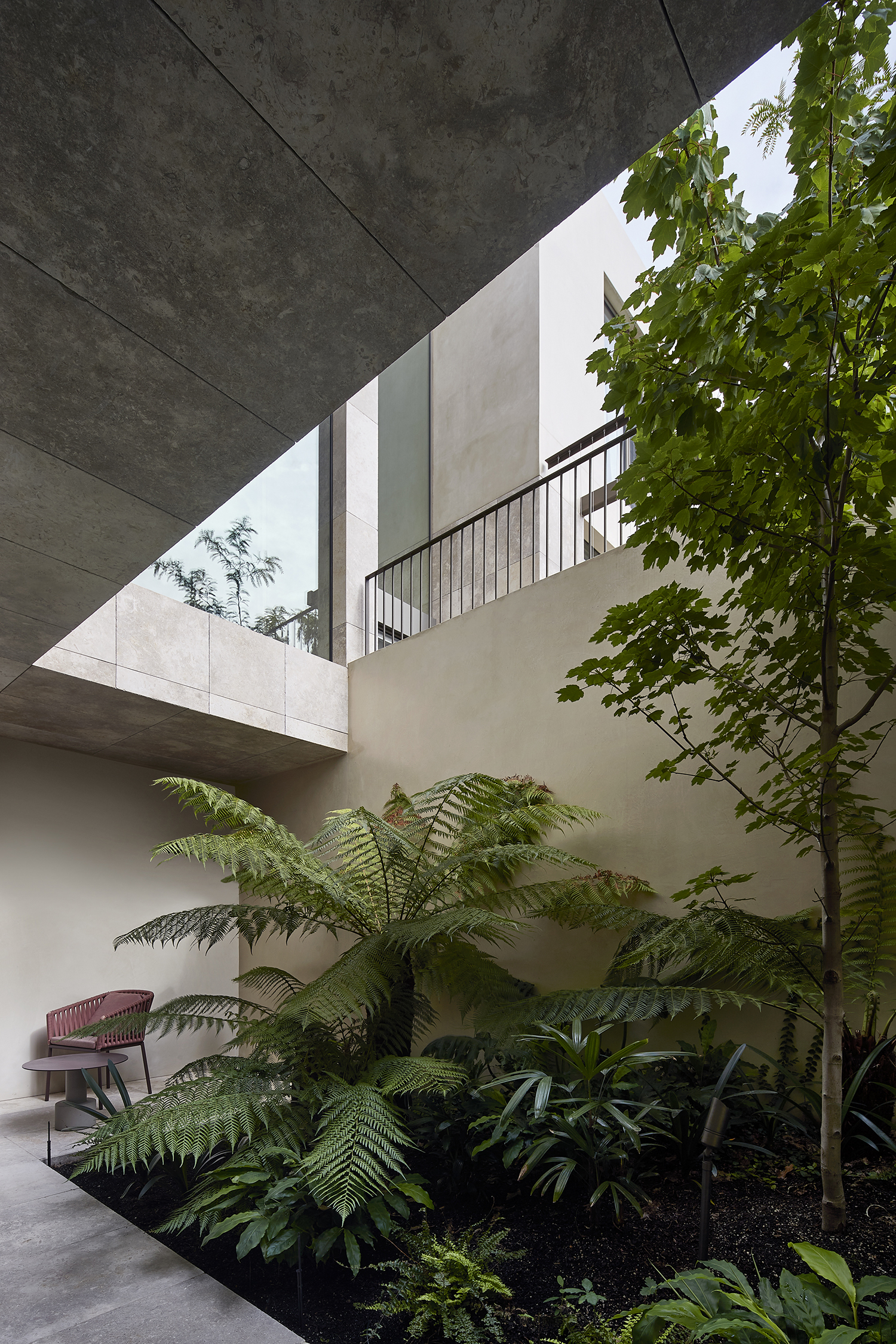 While the house is large and monolithic, the family’s living spaces have a human, intimate scale. In addition, each area has softening features such as rounded openings and corners, arches, curved staircases and bookshelves, soft furnishings, greenery, and views of the nature outside. The drama really does start at the entrance where the designers commissioned a multi-hued work by Hong Kong-born, Melbourne-based John Young Zerunge to contrast the fossilised stone walls. Titled “Aleph Spring 2021”, the artwork layers colours and images onto a dream-like, soft surface. The combination of stone and brick, art and softer features is apparent throughout the house. The entrance space is a chamber flanked by two basement courtyards that allow the tops of mature plane trees to grow though the levels so that as you enter the front door at ground level, the first thing you see is treetops. Not something you’d expect to reveal itself from the stony façade. Much of what is in the house was custom-created by mainly local craftspeople, artisans and trades. Everything from door handles to lighting, from tables, seating and rugs to staircases and pools was specifically designed by Robson Rak and created for the Stone Sould House. The top floor houses the bedrooms, each with an ensuite bathroom, plus a large library and reading room. The basement includes a gym, guest rooms, the two terraces and a rumpus room.

As the family entertains large groups of guests frequently the designers focused on the flexibility of spaces as well as emphasizing the sense of reveal and drama in the more public areas. In the entertainment hub on the main level, we especially love the pivoting, elongated-oval-shaped, bronze-framed glass screens. The screens can shut off or connect the sitting area and the kitchen. The sitting area in turn connects to one of the outside terraces and the lawn beyond, helping bring the outside in. Stone and brick arches also lead into this area, drawing the visitor in and revealing one surprise after another.

But in the end, the home like a home. Surprisingly, it does not feel cold or distant. And as the family and the designers firmly agreed on and insisted throughout the process, Stone Soul House was designed for a busy and active family, not as a show space or showcase.  Tuija Seipell