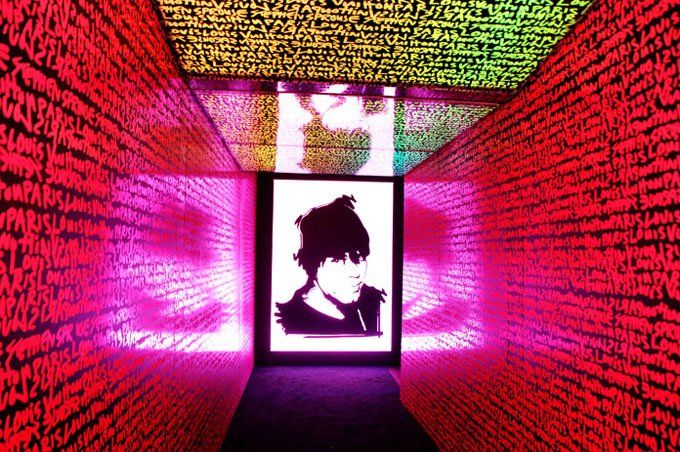 Fashion launches are a bit like romantic comedies; pretty people in pretty clothes in pretty places – and they all start to look and feel the same after a while. Louis Vuitton broke the mould with its latest launch for its new Stephen Sprouse collection. The mega party was held over three venues in New York, starting with a cocktail party at the Louis Vuitton store, followed by an exhibition of Sprouse’s artwork. The night ended with a packed after party at the Bowery Ballroom, where Debbie Harry took to the stage for a mini concert.
Louis Vuitton did the late designer proud, celebrating his unique Punk couture aesthetic by creating mini ‘Sprouse worlds’ – referencing his work at every turn, from the walls to the ceiling and the furniture, culminating in a spectacular ‘hall” of graffiti, a ‘tower’ of vintage TV sets and custom neon signs. Even the food paid homage to Sprouse – neon coloured hors d’oeuvres and desserts spilled out in a kind of punk colored rainbow. 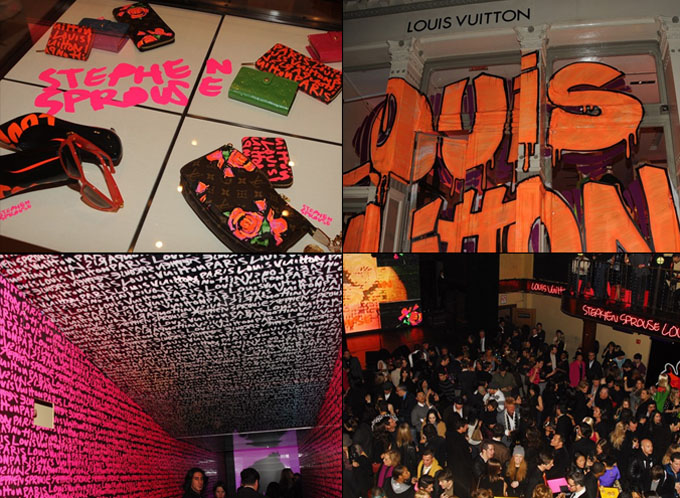 Sprouse, who was part of Andy Warhol’s set, become famous in the 1980s for pioneering the uptown pop punk look; a wild and edgy mix of elements such as day-glo colours, high-tech fabrics, sequins, velcro, superb uptown tailoring and hand painted silks. The designer and artist, who died in 2004, also created elaborate costumes for the likes of Mick Jagger, Axl Rose, Trent Reznor, Courtney Love, David Bowie and Duran Duran.
And now, thanks to Louis Vuitton, a whole new generation will have the opportunity to discover his work. – Laura Demasi