It doesn’t take much imagination to understand that toys and childhood play were the guiding inspirations for the recently completed children’s sports and recreation center in Saint-Cloud, a wealthy community located in the metropolitan area of Paris, about six miles from the city center. 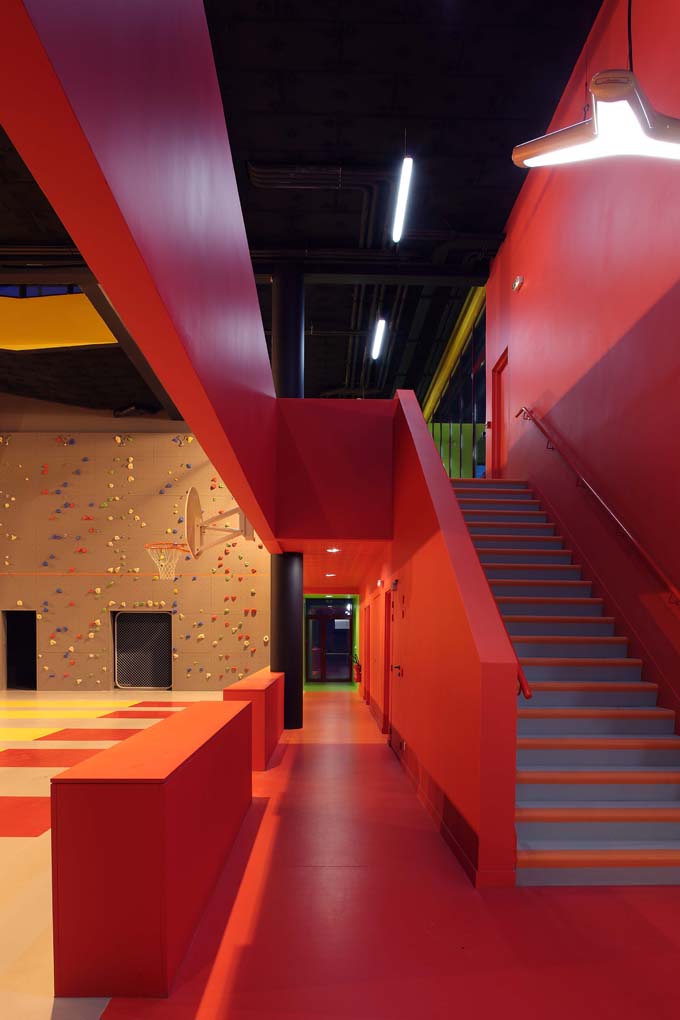 Designed by Paris-based KOZ Architects, and coexisting with several older educational buildings and a residential development, the 1,600 square-meter facility is unexpected and bold in its riotous use of colours both inside and out. A more typical an approach for this type of neighbourhood would have been a structure that vanishes into its surroundings.

The funhouse by KOZ has turned into a favorite of kids, parents and teachers, as the facility was planned and its wild colours used in specific ways that fosters the intended functions — play and sports – and not just to shock or delight. 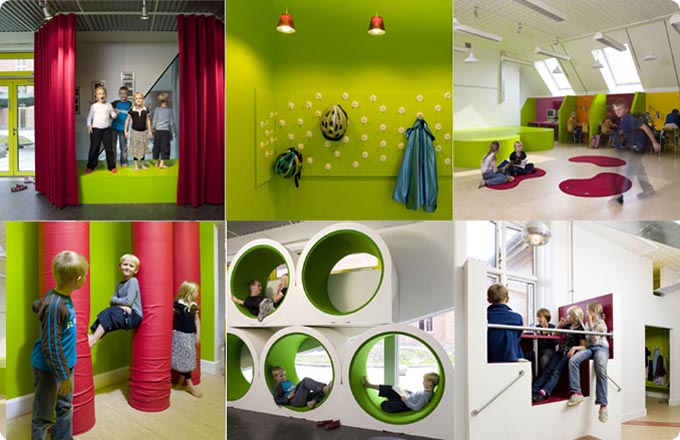 Joining cube-shaped, basic concrete structures with an overlay and creating a sports court on top of the building have not only increased the building’s usability and maximized the use of the site, but also accommodated the complex’s surprisingly easy fit into the site. A monolithic, monotonic approach would have created a mass much more imposing and seemingly unfriendly than the varying-height structure with its pixelated glass facade that now draws children in through colour and an abundance of natural light. 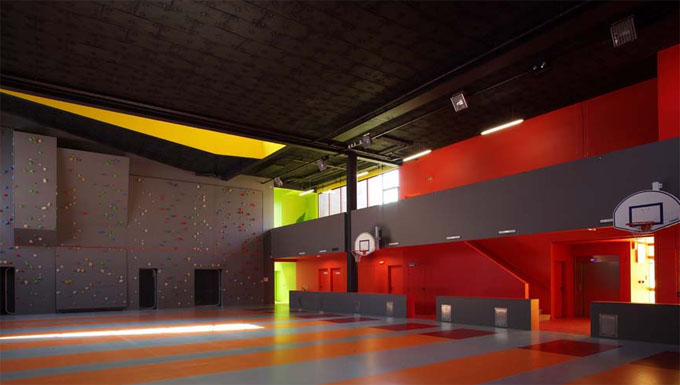 KOZ was established in 1999 Christophe Ouhayoun and Nicholas Ziesel, graduates of the Paris-Belleville School of Architecture who both spent part of their childhoods in the USA. With three other architectural firms, KOZ established a collaborative collective, Plan01 in 2001. – Tuija Seipell 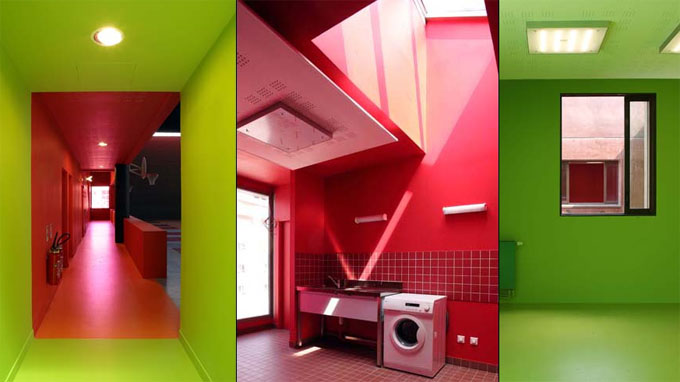