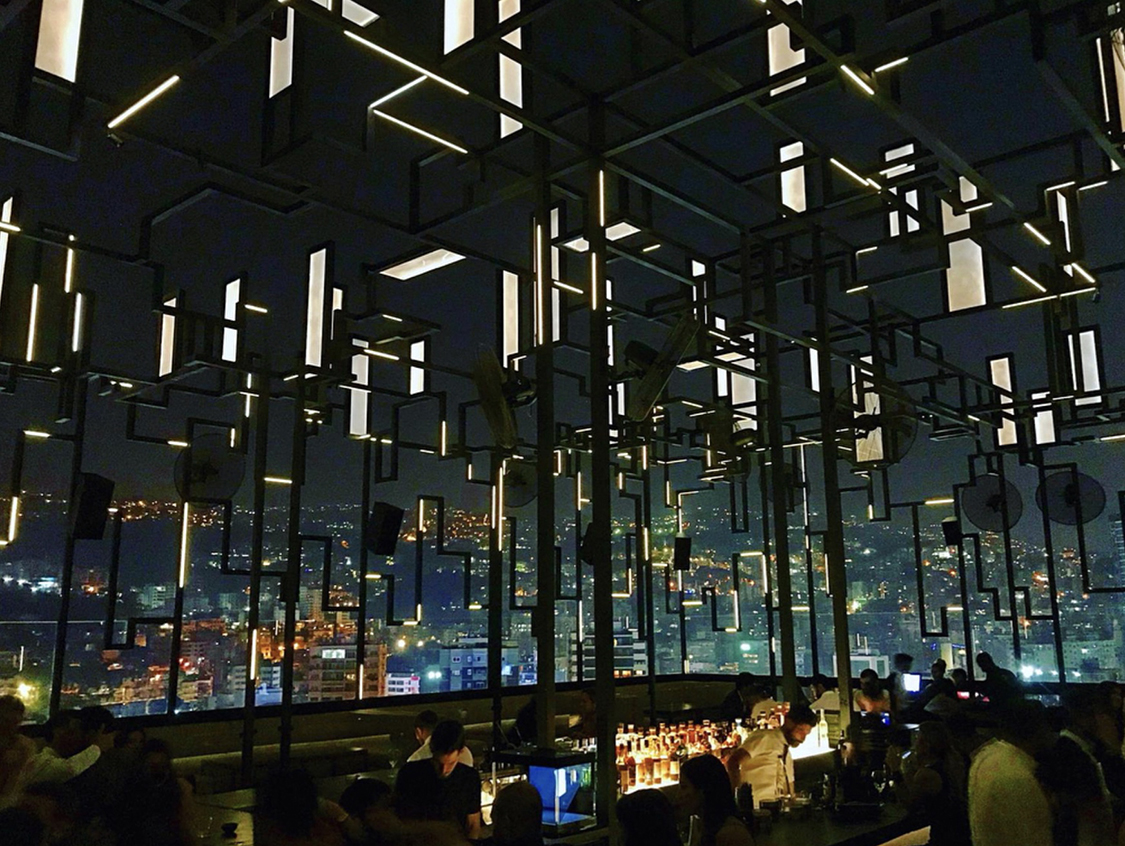 Perched on top of one of the area’s tallest buildings (G1 Rodeo Drive on Naccache Seaside Rd.) the SPINE lounge opened in June and has quickly become one of Beirut’s hottest places to be seen.

About 300 of the city’s coolest, well-to-do movers and shakers, artists and celebrities show up at cocktail hour, stay for dinner and then party well into the night. 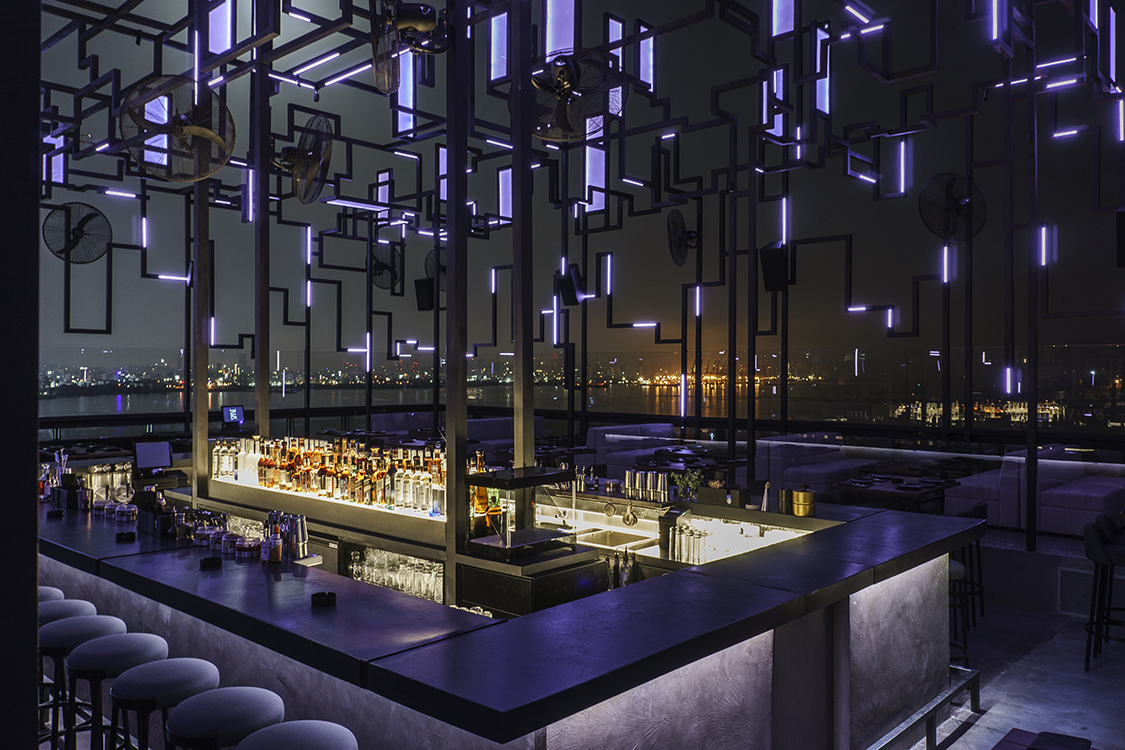 The 12th floor 270 square-metre (2,906 sq. ft) glass-walled space with 360-degree views is a beacon that is visible from far away thanks to an ingenious light installation by the city’s own Gregory Gatserelia. 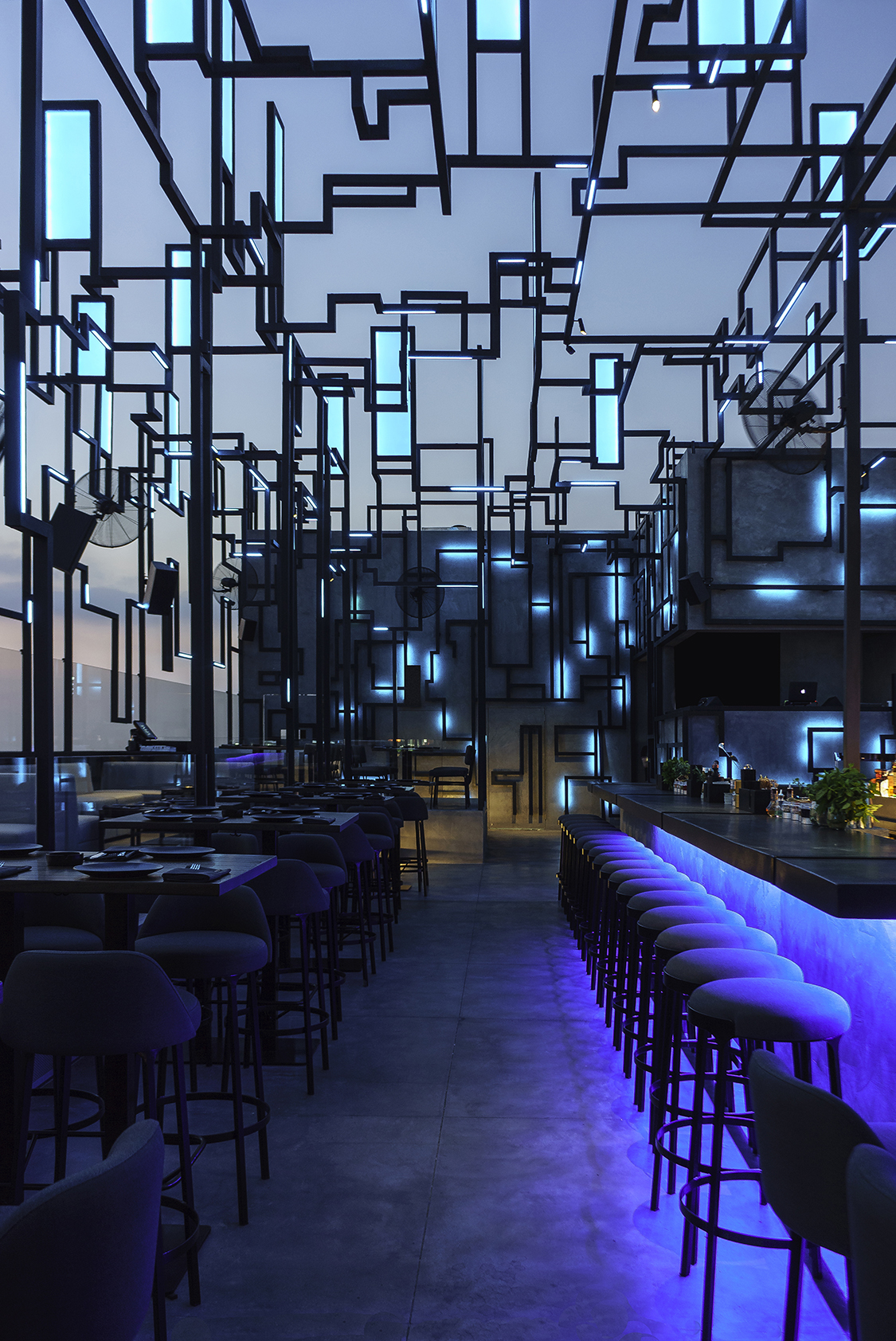 Gatserelia’s creation is an enormous structure of squares and rectangles made of metal tubes suspended from the ceiling and animated by a lighting sequence.

As the gorgeous twilight views of the city fade away and darkness settles in, the light intensifies gradually from a subdued and soft monochromatic dinner setting to an intensely pulsating and explosive, multi-coloured show of hundreds of light combinations by the time the crowd is hopping and the party is really on. 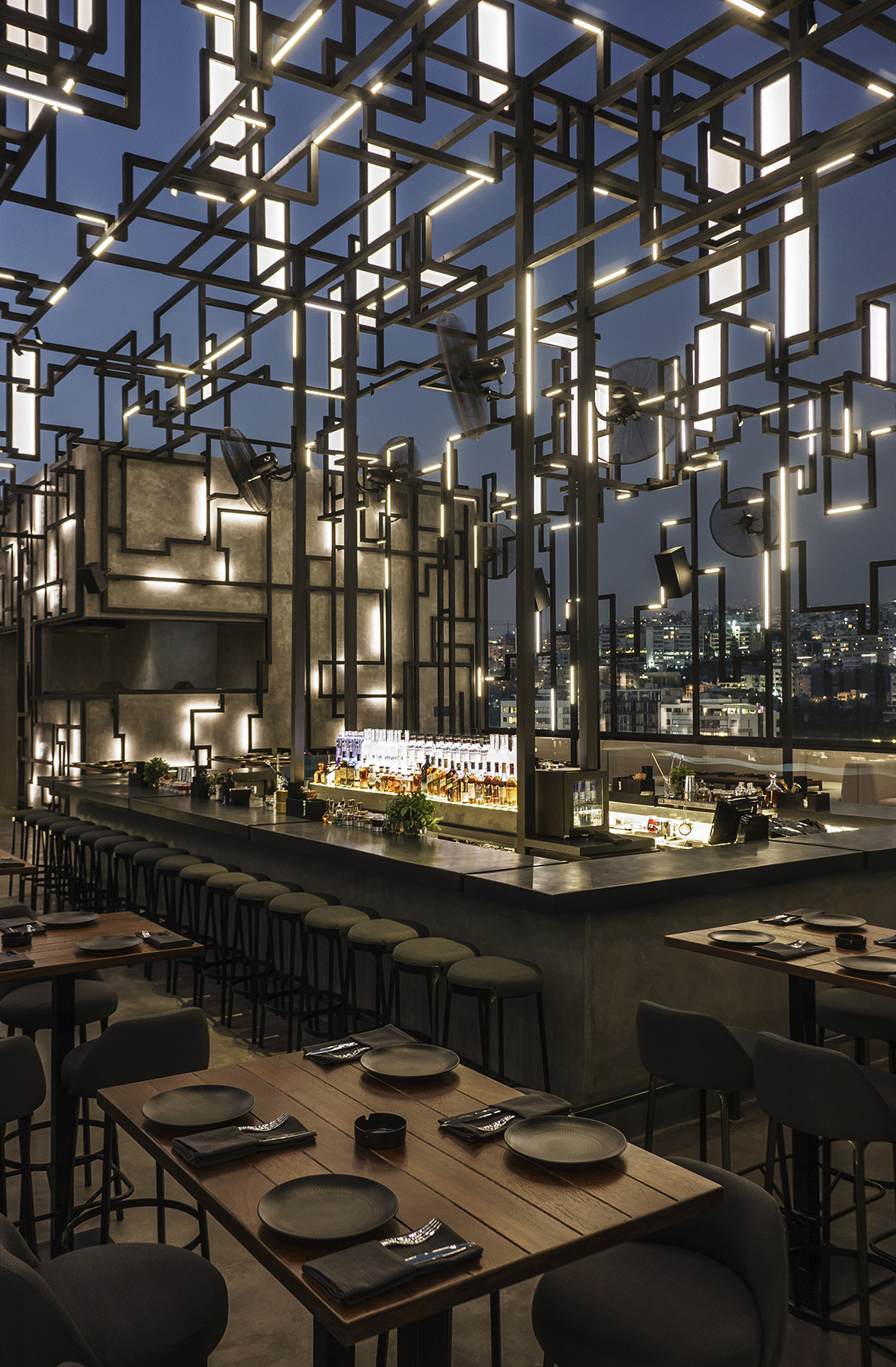 The various moods are further amplified by the fact that every light is reflected back from the dark windows.

We love the restraint with which the rest of Gatserelia’s interior design concept for this lounge is allowed to serve as background for the view and light installation, which then lets the visual richness of the two really take up the center stage.

Beirut-based Gatserelia Design was founded in Toronto in 1985 by Georgia-born brothers Gregory and Alexander Gatserelia. 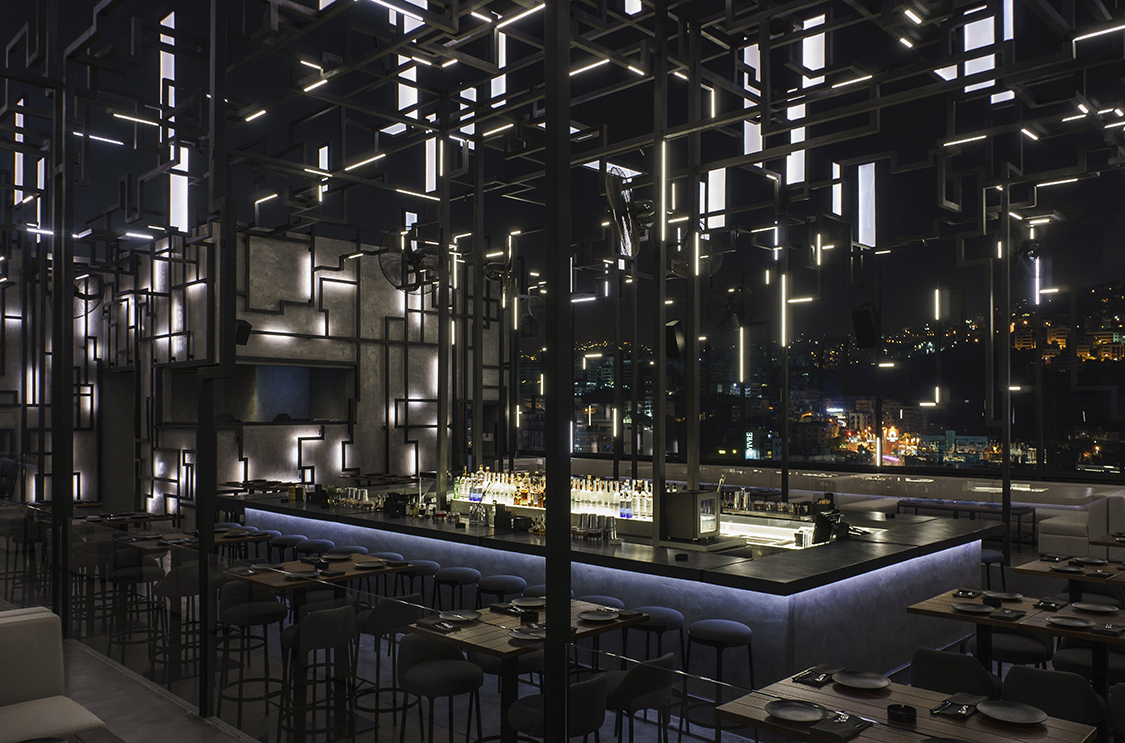 Well-known and internationally recognized for its restaurant, bar and nightclub design projects, Gatserelia is now based in Beirut with projects around the globe.

This fall, Gregory Gatserelia is part of the distinguished jury of the 2018 PAD London Awards. Tuija Seipell.