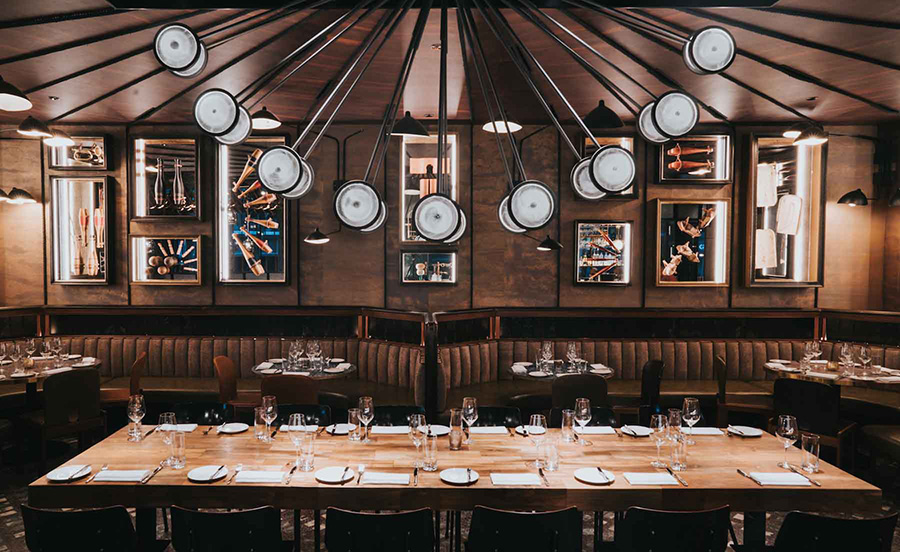 Spiga took over the space on 31 Queen’s Road Central that was formerly occupied by Mario Batali’s Lupa. 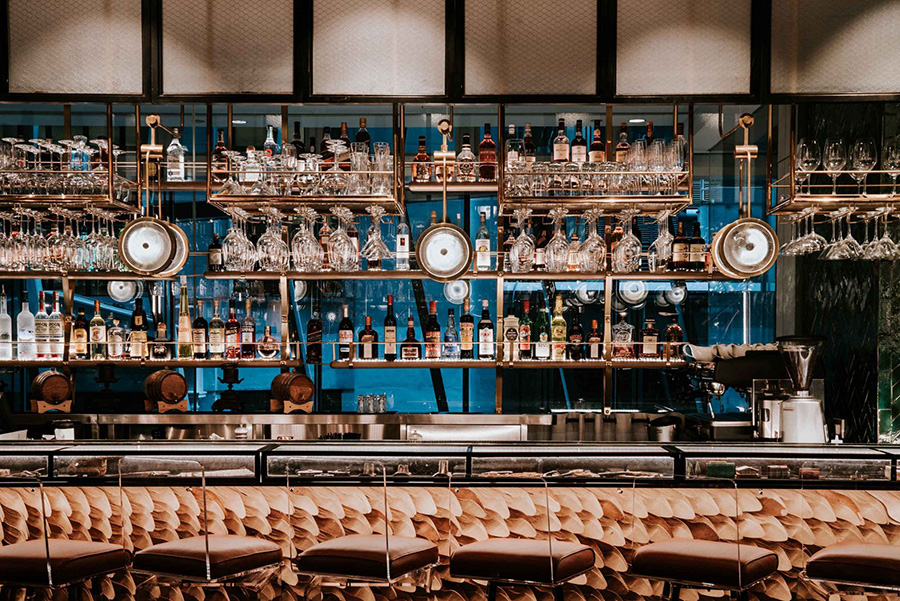 Hong Kong-born and –based designer Joyce Wang has created a rich environment for the chefs’ creations. She’s mixed 1950s retro Italy with the vibes of 1950s Italian circus and piazzas, all in a sober, dark-hued envelope.

The circus comes through in the form of glass display cases full of juggling pins, flame throwers and mysterious contraptions. 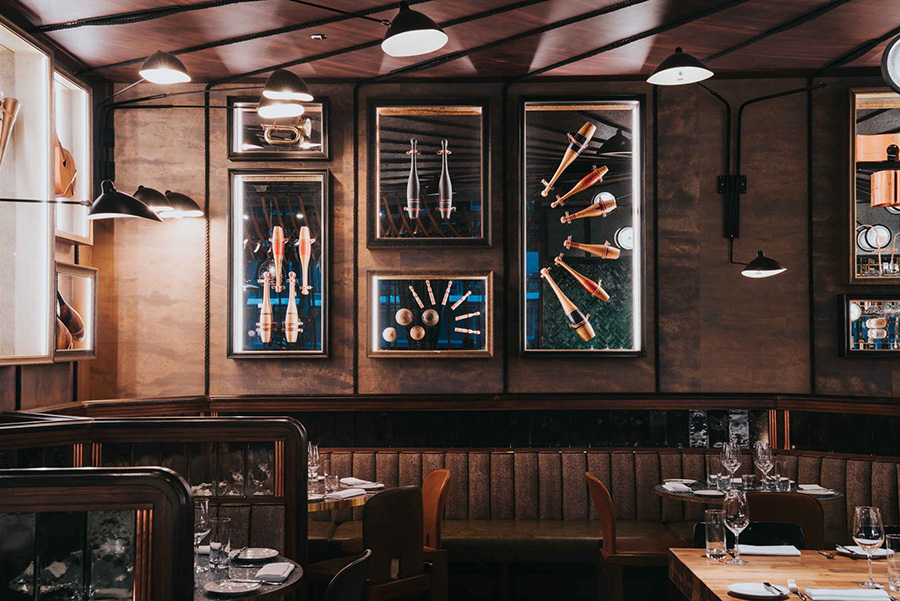 Acid etching on the terrazzo floor at the centre of the restaurant echoes a pattern found on the stones of a Roman piazza.

The bar is covered in leather insoles – some of which come from vintage Italian shoes, and the rest of which were procured locally. 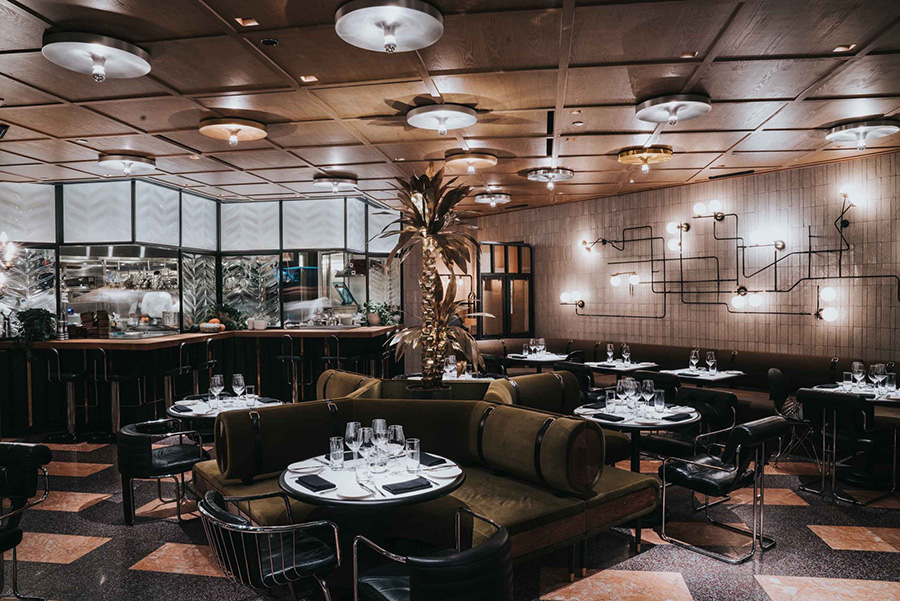 The dining area by the open kitchen its cues from the Milan metro. On the wall in this area is over favourite feature of Spiga: A light fixture with black tin tubular arms that form a pattern mimicking the map of the metro in Milan.

Marble, leather, buckles terrazzo and unexpected displays all give Spiga a distinctly interesting Italian city vibe without pushing the ‘curiosity’ aspect too far to pretentious proportions. Clearly Wang has known when to stop and what to leave out.

The outdoor bar is called Portico and its key feature is the cool view over the surrounding area. When Lupa’s bar was removed, the entire space opened up and gave the designer a larger overall canvas. 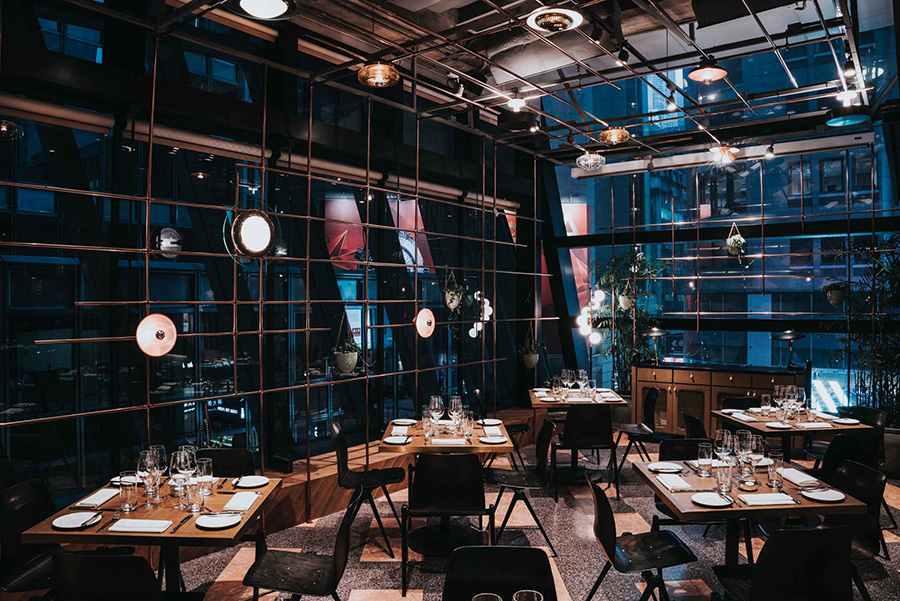 Private-feeling cabanas are situated around the edges, cosy yet stylish loungers in the centre. Everything is pulled together by the greenery and a lovely mish-mash of white-and-blue patterned fabrics covering the lounge seating and cushions. 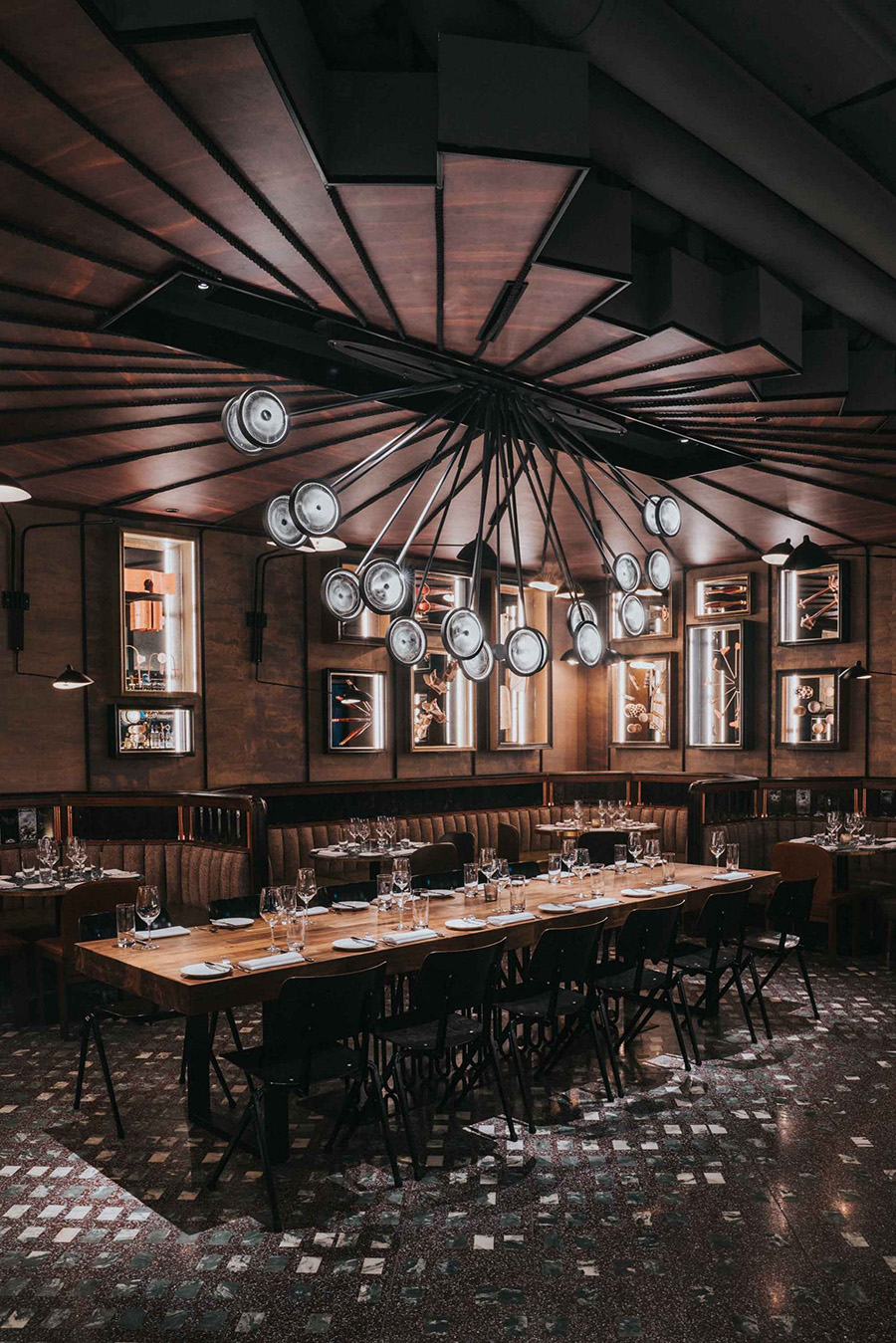 Joyce Wang, who now also has an office in London, has designed several other restaurants in Hong Kong including Mott 32, Isono 7 Vasco and Ammo at Asia Society. 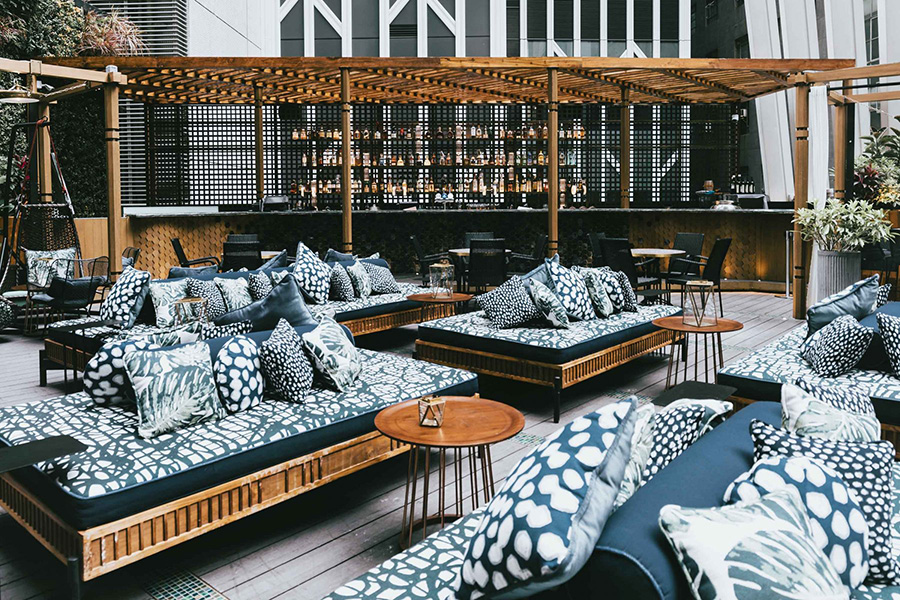 She has also redesigned the cabana rooms of the legendary Hollywood Roosevelt Hotel in Los Angeles. Tuija Seipell. 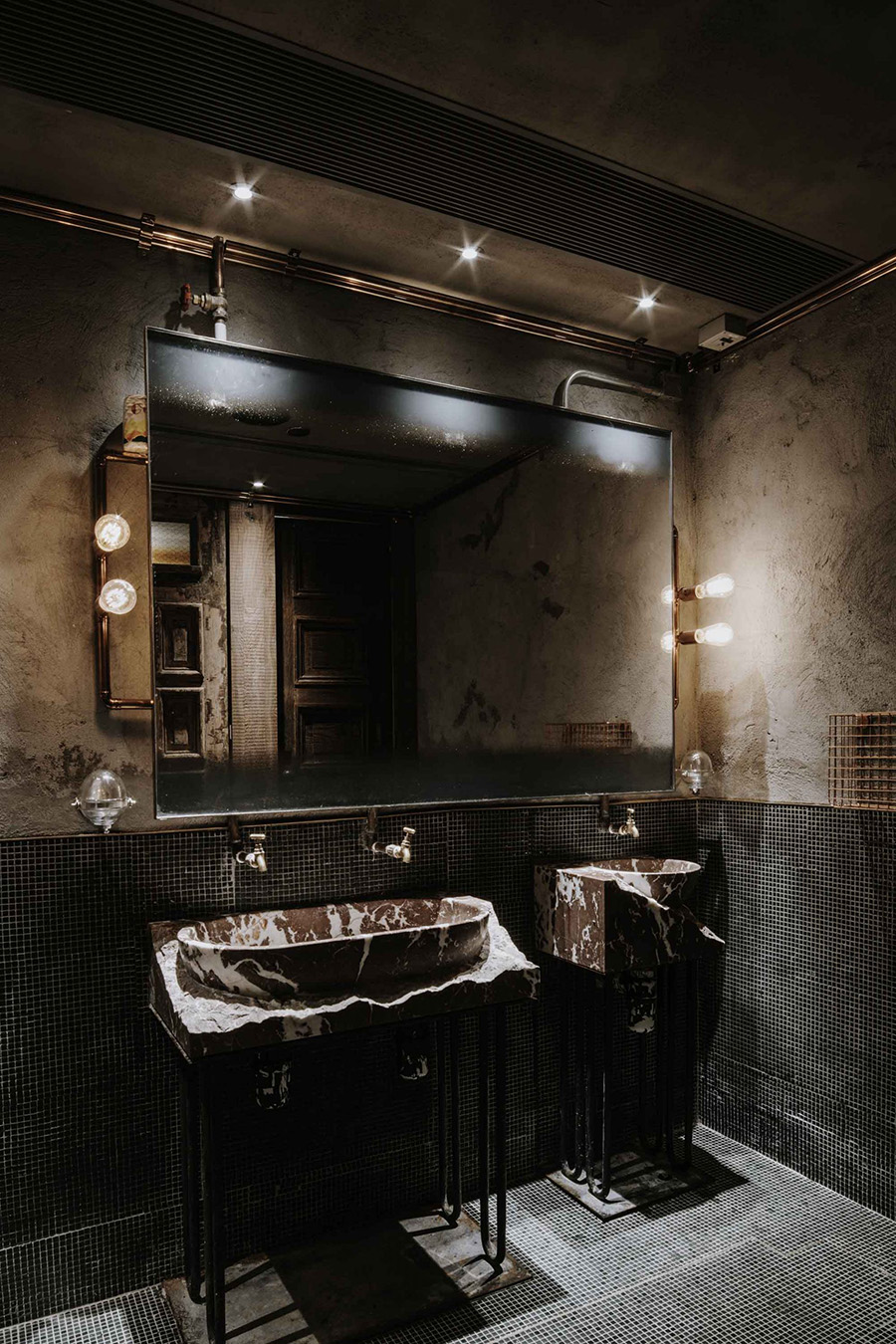 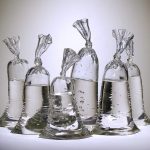 These hollow and solid sculptures in the shape of water filled plastic bags examine the boundaries of human perception by manipulating light and space with the optical properties of glass. Made using traditional glass making techniques, this novel approach to the use of the material creates a lens to view the world afresh and the items we perceive around us.