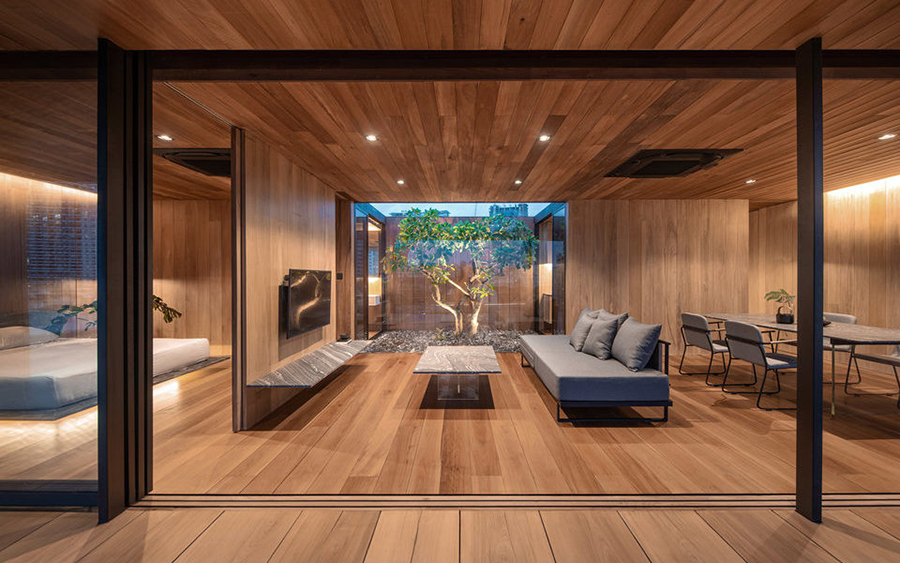 Urban development is under a microscope – as it should be. We are starting to learn, among other things, from the mistakes that the car-crazy plans have created including mindless urban sprawl, one-dimensional and boring sleeping communities, dead downtowns and cookie-cutter shopping malls. 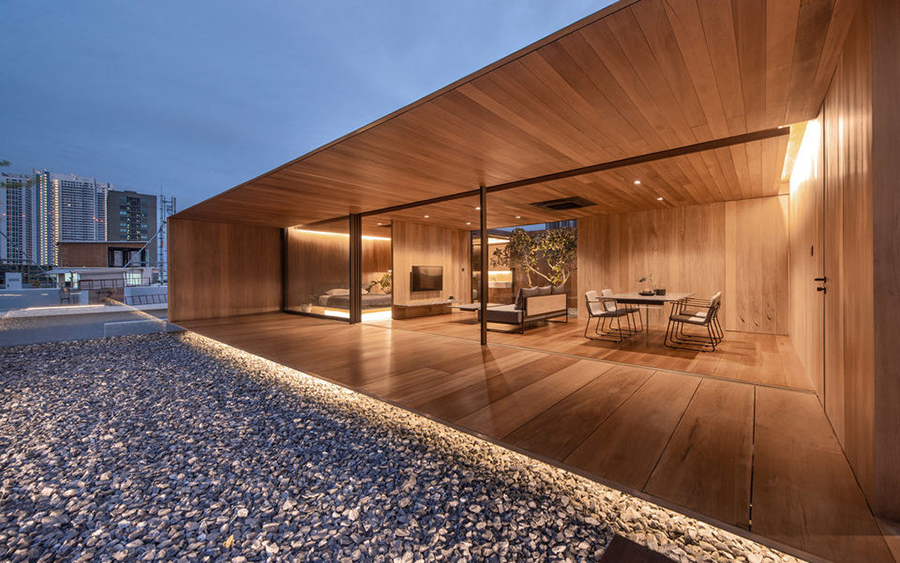 Our vote goes for projects where previously industrial areas and structures are re-claimed for citizens’ use, where green space is given a serious priority and where all available space is used intelligently for the benefit of the people who actually make cities come alive.

We are including in this smart use of urban space any kind of intelligent use of rooftops as well. Rooftop gardens, community spaces, restaurants and anything on rooftops that creates another dimension for city living without adding another new building or structure, is what we are cheering for. 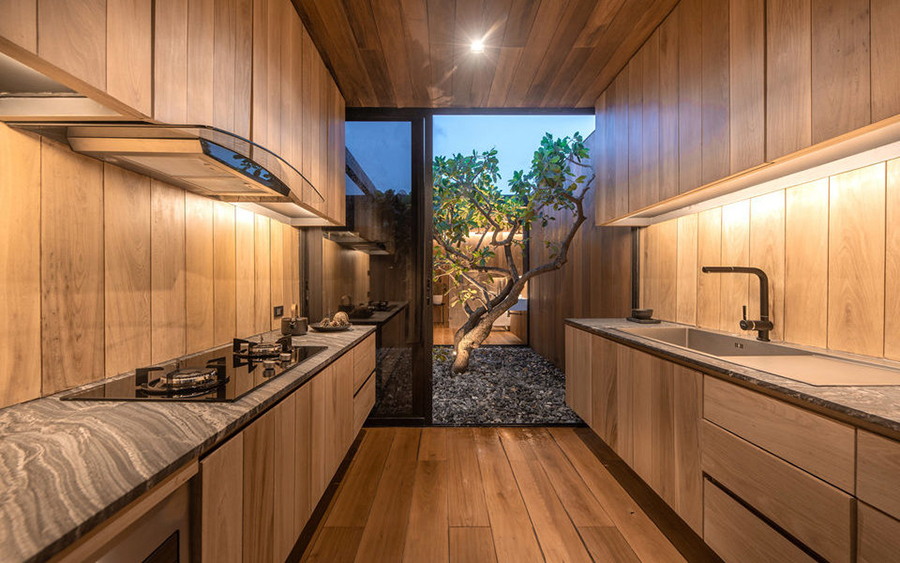 Although small in scope and private in use, the Skyscape house by WARchitect in Bangkok is a great example of a smart rooftop development. 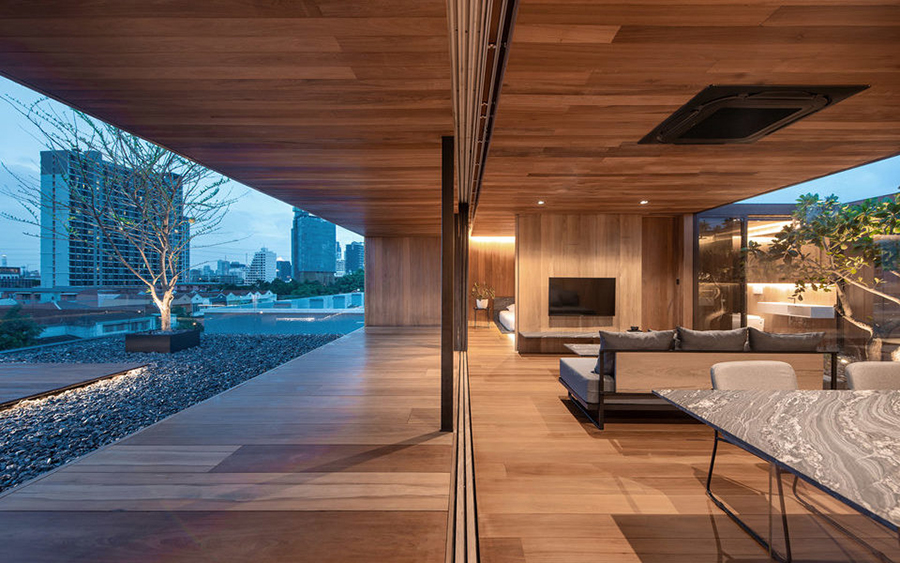 The owner of the rooftop house owns the entire apartment building as well and he and his four-member family wanted a temporary private hideaway that they don’t plan on using for entertainment.

Thawin Harnboonseth, the managing director of the Bangkok-based WARchitect, tells The Cool Hunter that this gave the designers the opportunity to create a highly minimalist, visually crisp and naked house with an open plan and an almost-transparent appearance.

The rooftop is in total 270 square metres (2,906 sq. ft) in size and previously it housed only large water tanks. Now the house takes up 150 square metres (1,615 sq. ft) of that space and because it is set in the back half of the rooftop, the house cannot be seen from the street. 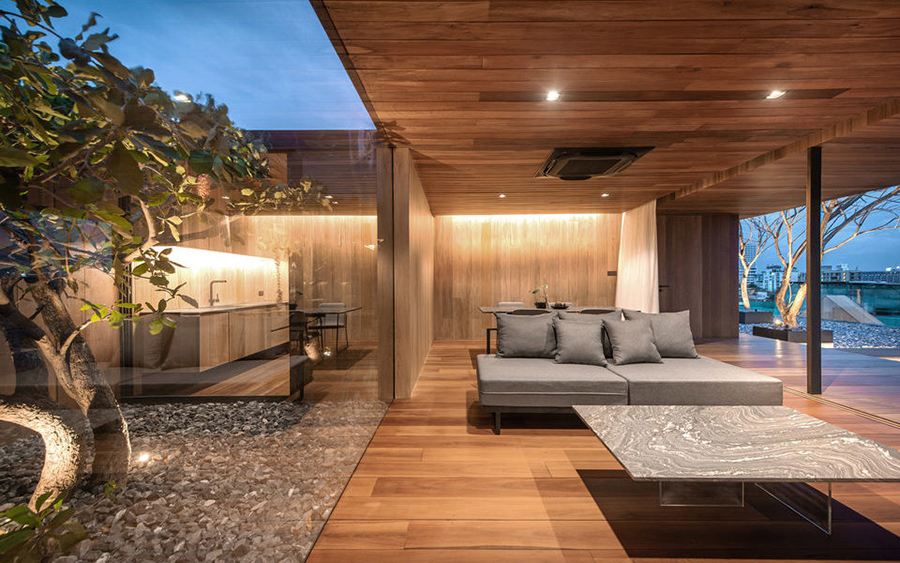 The room grid of the house follows the grid of the structural pillars of the apartment below. The front part includes three segments that house the dining room and living room and a bedroom with huge glass doors from which the panoramic view can be seen. The back part’s three segments include a bathroom, kitchen and the courtyard that links everything together. 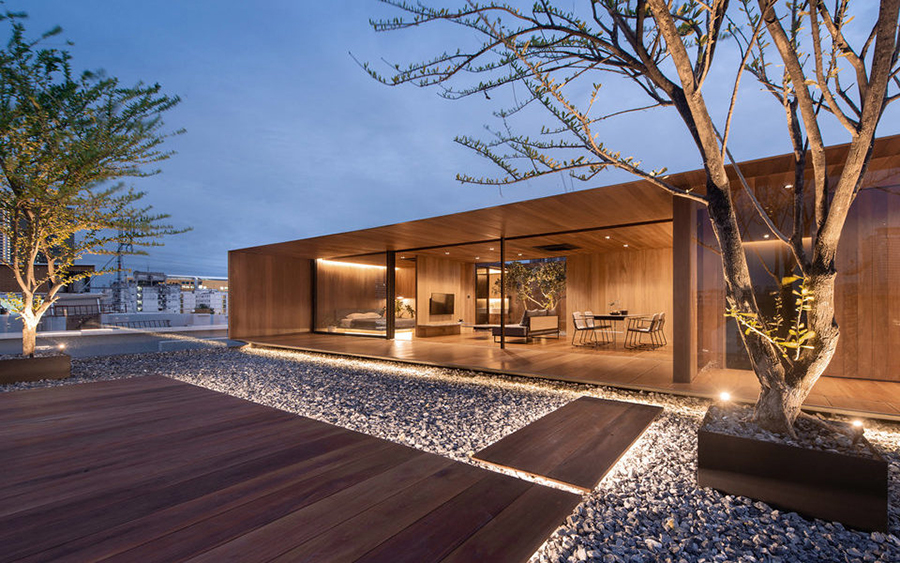 The owner had a large quantity of panels of balau wood, a Southeast Asian tropical hardwood that is slightly reddish hue. Although some of the planks were slightly defective with uneven coloring an some cracks and marks from sawing and handling, the architects used the cladding extensively throughout the house giving it a warm and cohesive look that is also locally familiar. Tuija Seipell. 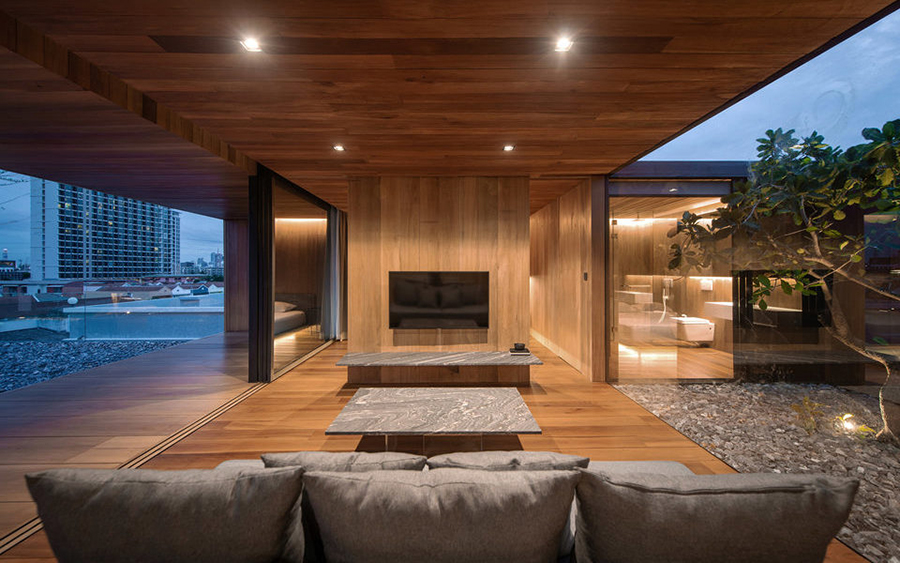