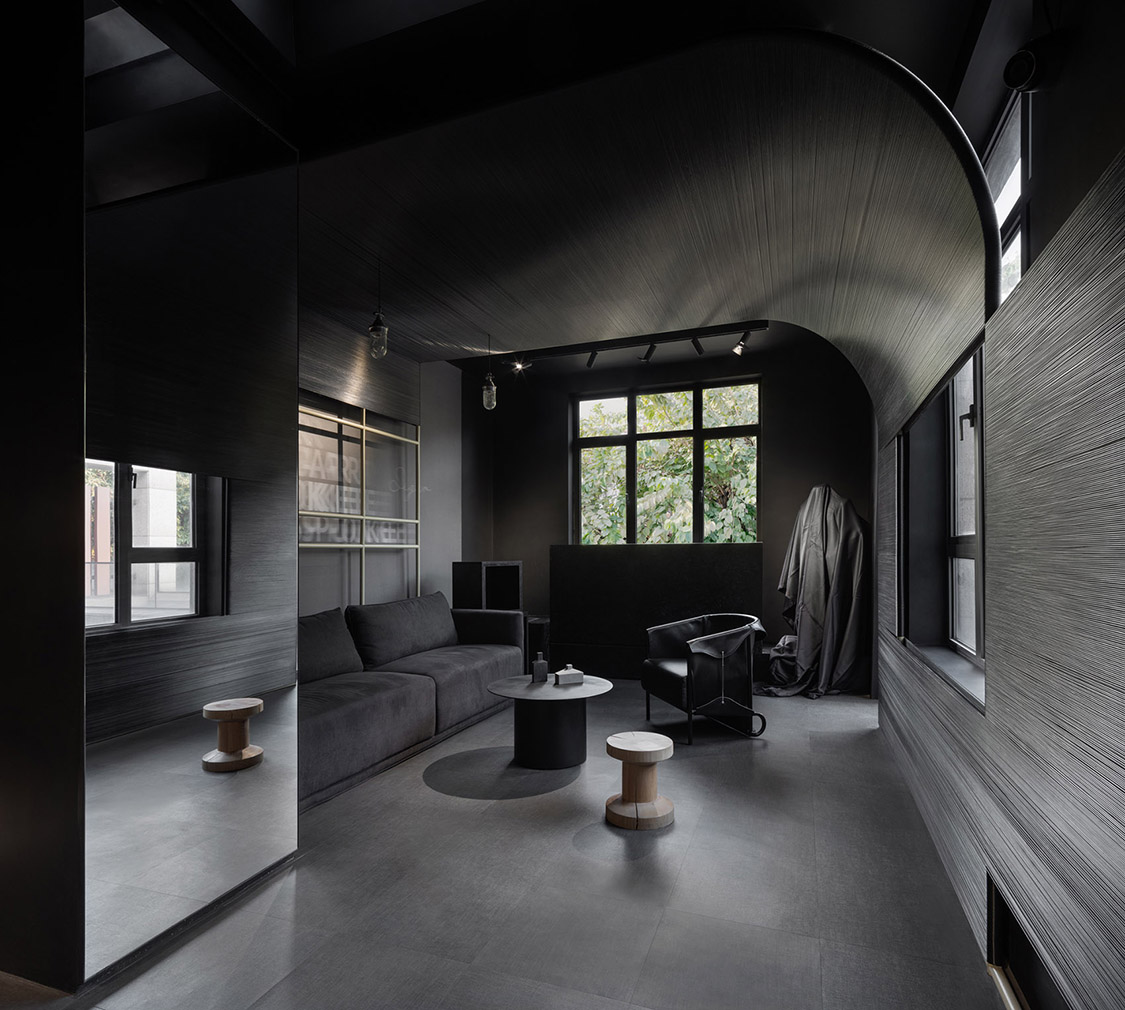 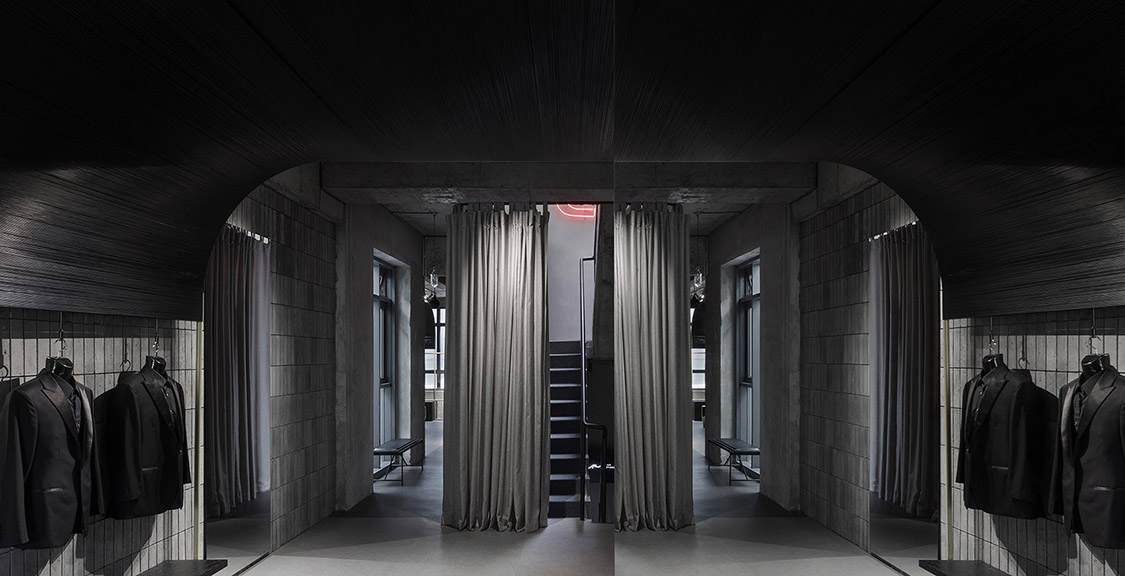 But by focusing on the limitations and possibilities of the existing space and on displaying the suiting itself, and by aiming for a modern look, they’ve managed to bypass the antiques-and-dark-leather-chairs obsession of many a gentlemen’s store. 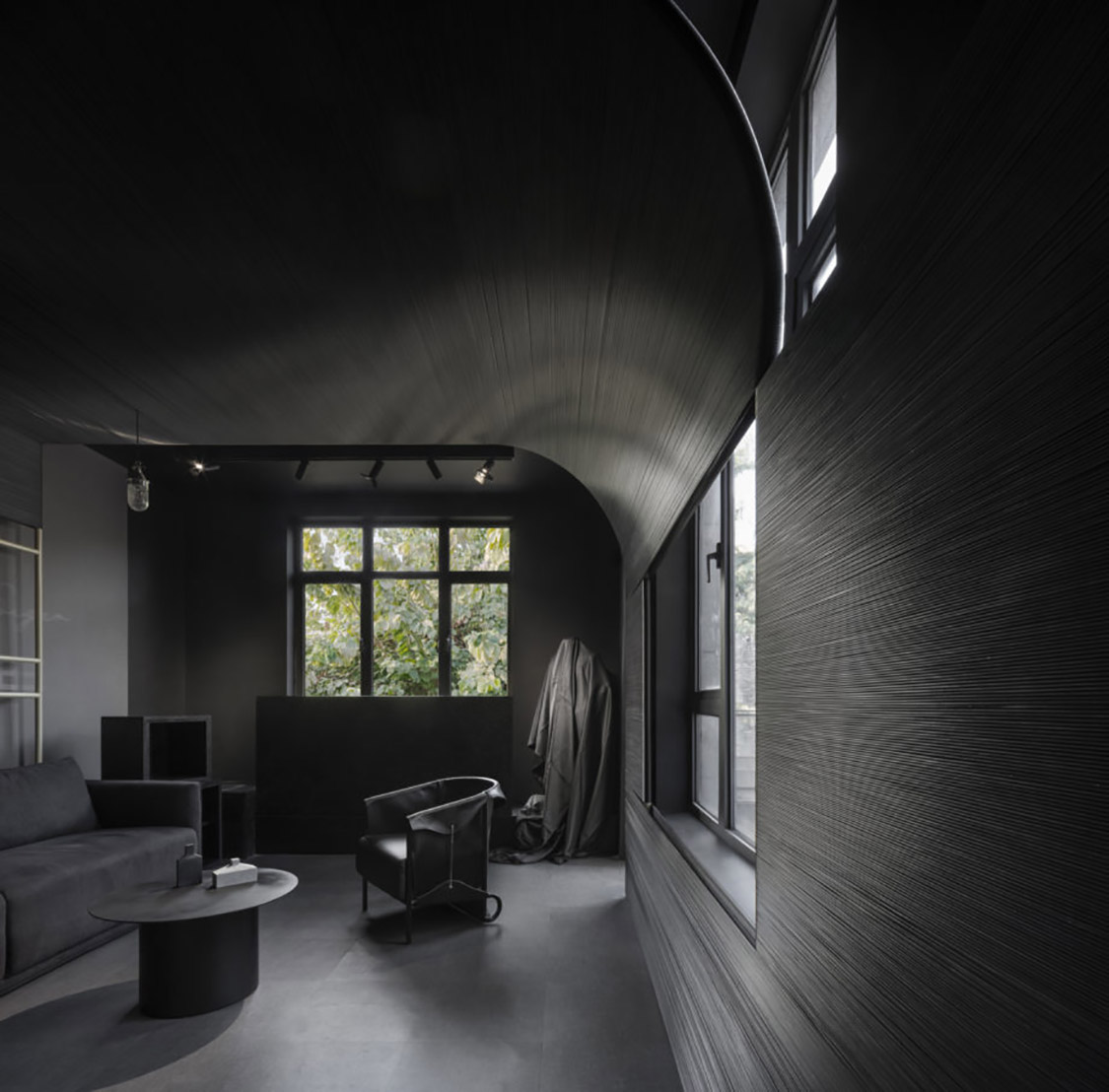 With the suiting fabric being the critical starting point of every bespoke suit, the designers took their inspiration from the weaving of fabric, textile manufacturing and the textures of fabric. 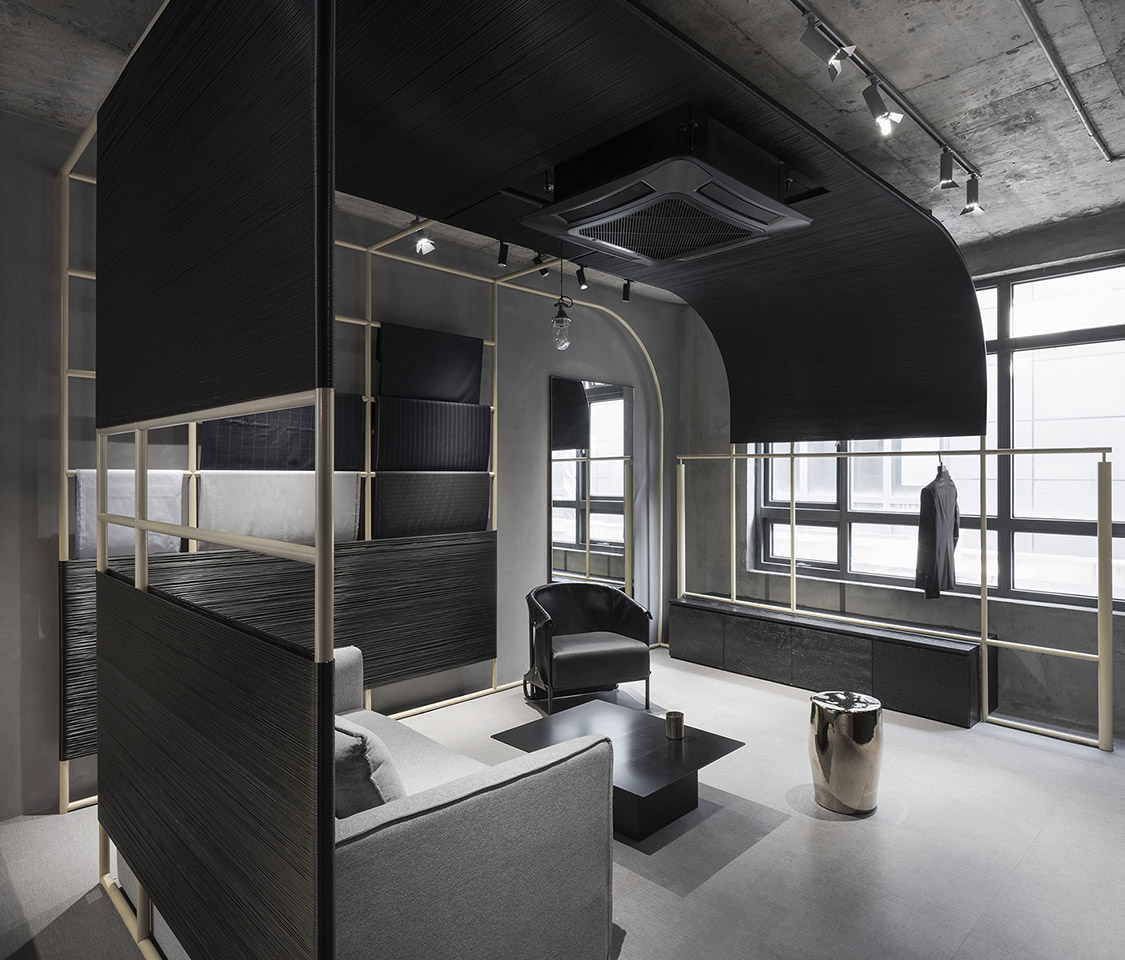 As the newly established brand’s design budget was limited and massive changes in the space were out of the question, the designers made the most of the existing features. 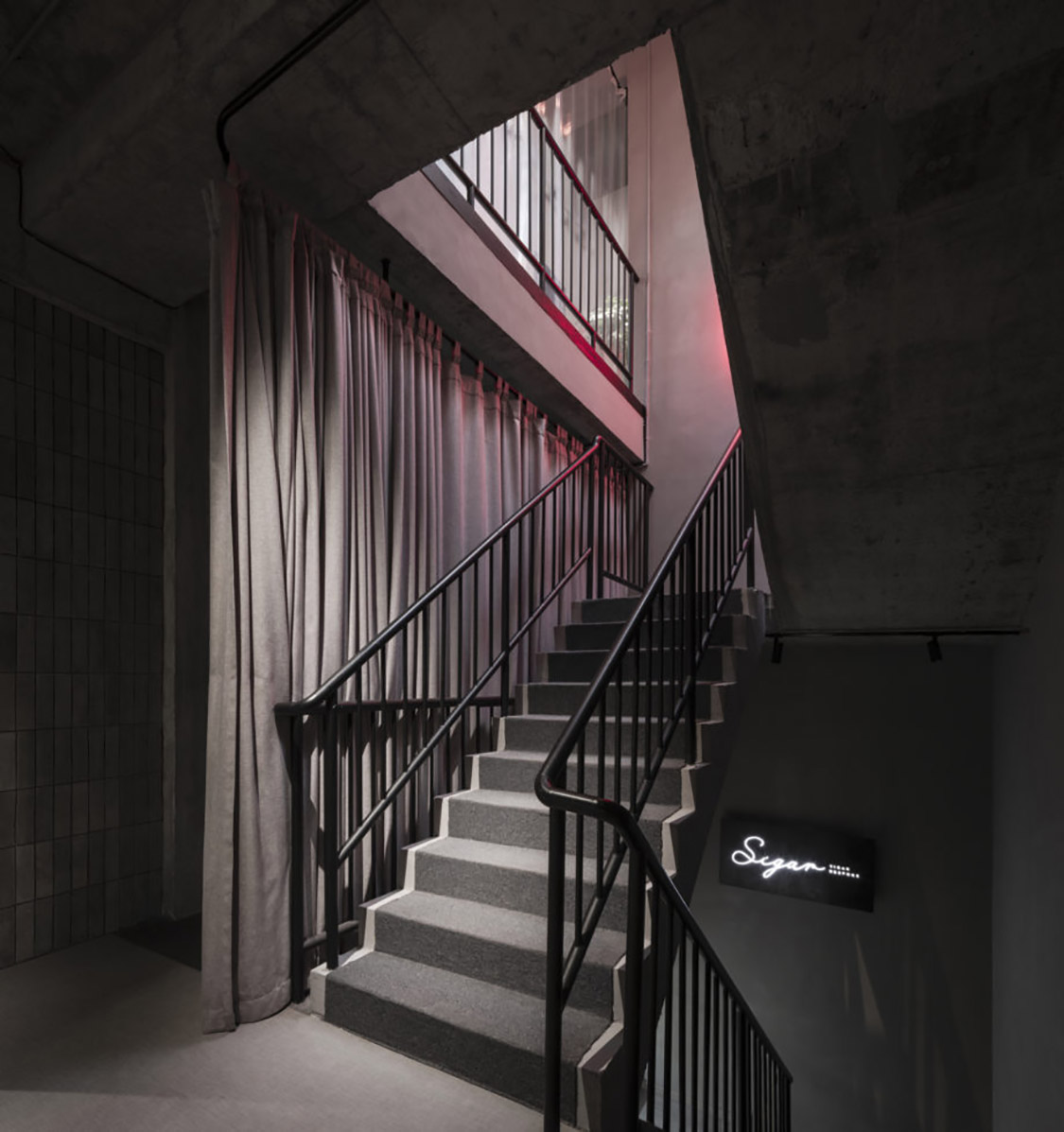 For example, in the long and narrow middle space, there are stairs right in the middle.

The designers made the staircase a dividing partition of the entire space and separated the staircase itself from the rest of the store with heavy, flowing drapery. 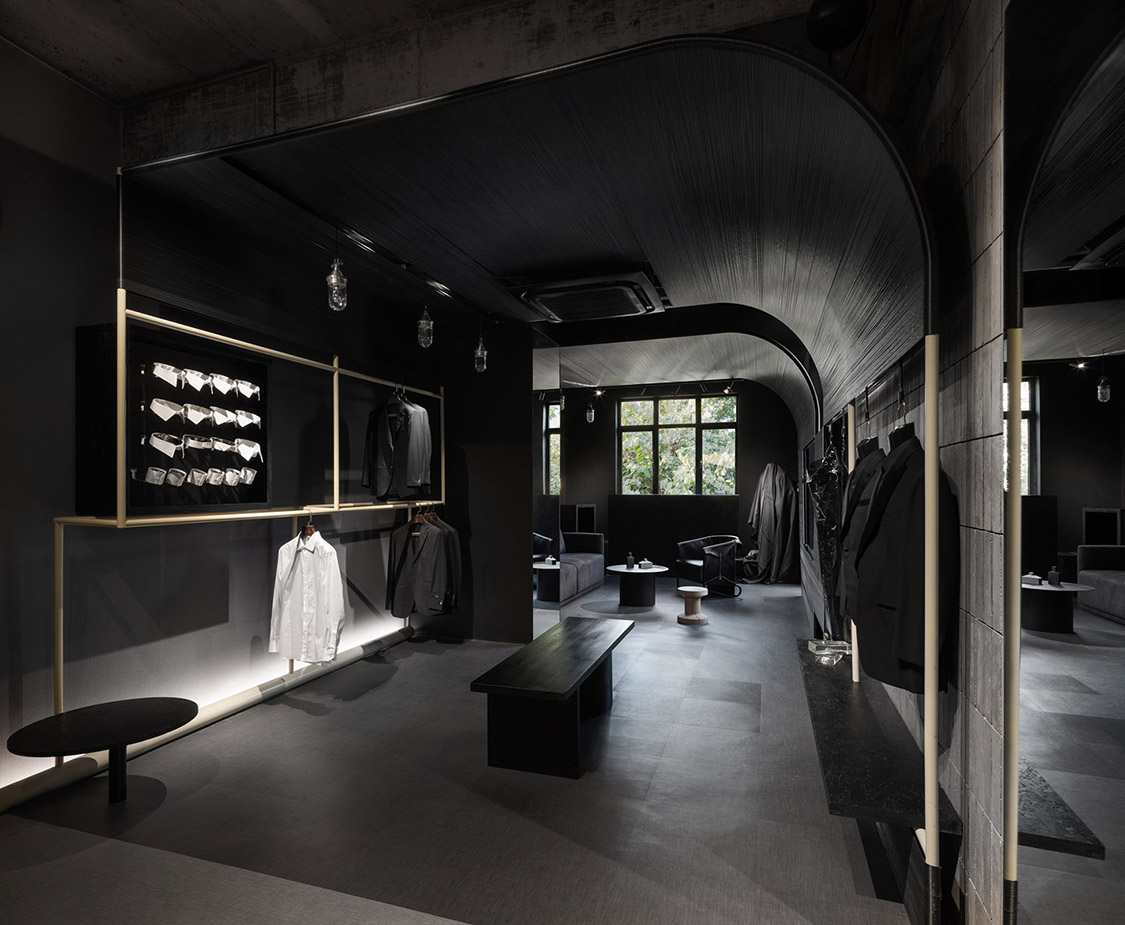 They also made the most of the windows situated at varying heights and used mirrors to create reflections and to evoke a sense of additional space. Tuija Seipell.