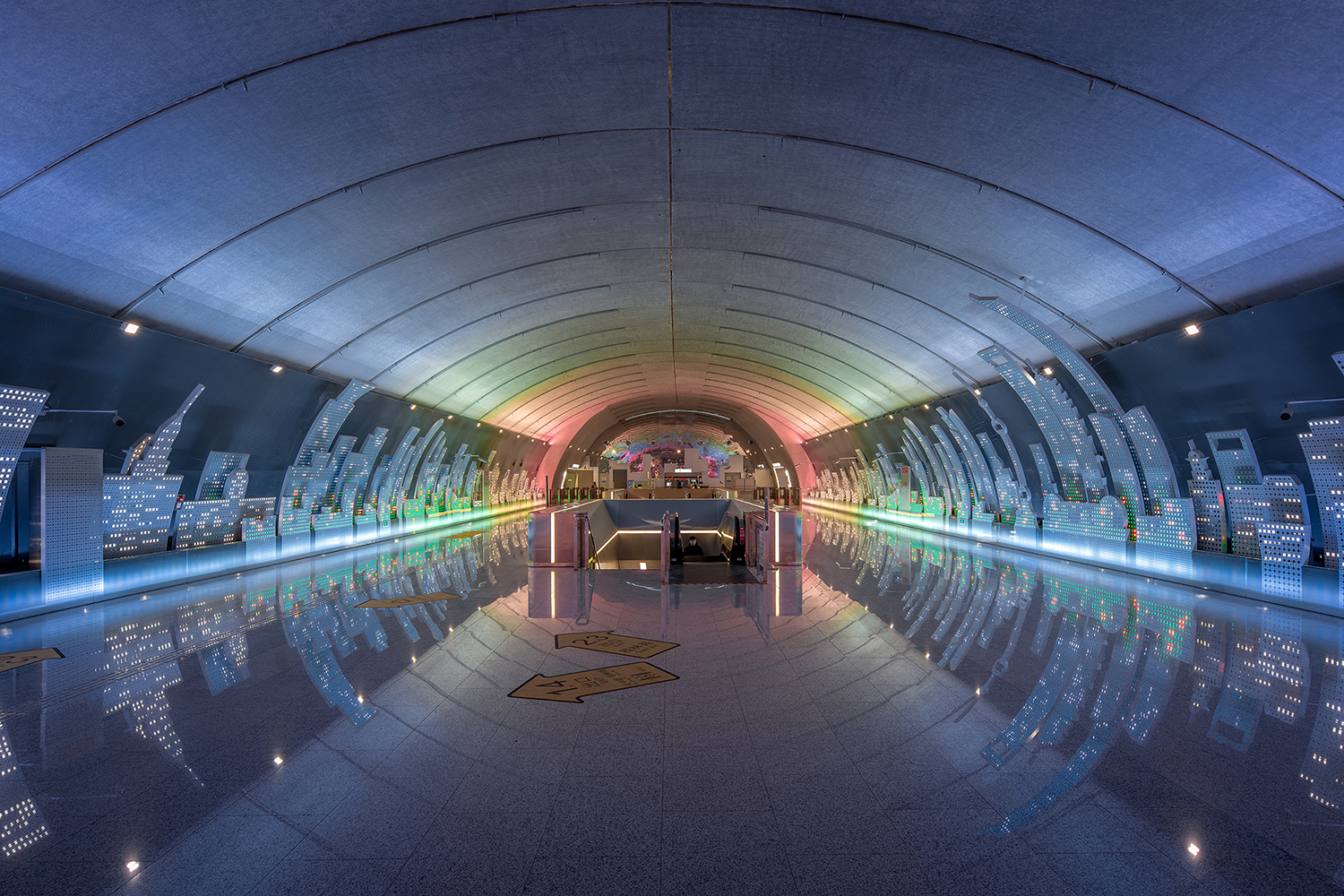 Whether you know them as metro, subway, U-bahn, skytrain or tube, underground railways have existed for a long time. The oldest, the London Underground, opened in 1863 for locomotive trains. In 1890 it became the world’s first metro system when electric trains started operating on one of its deep-level tube lines. Budapest and Glasgow followed in 1896, Chicago’s L opened in 1897, and Paris in 1900. 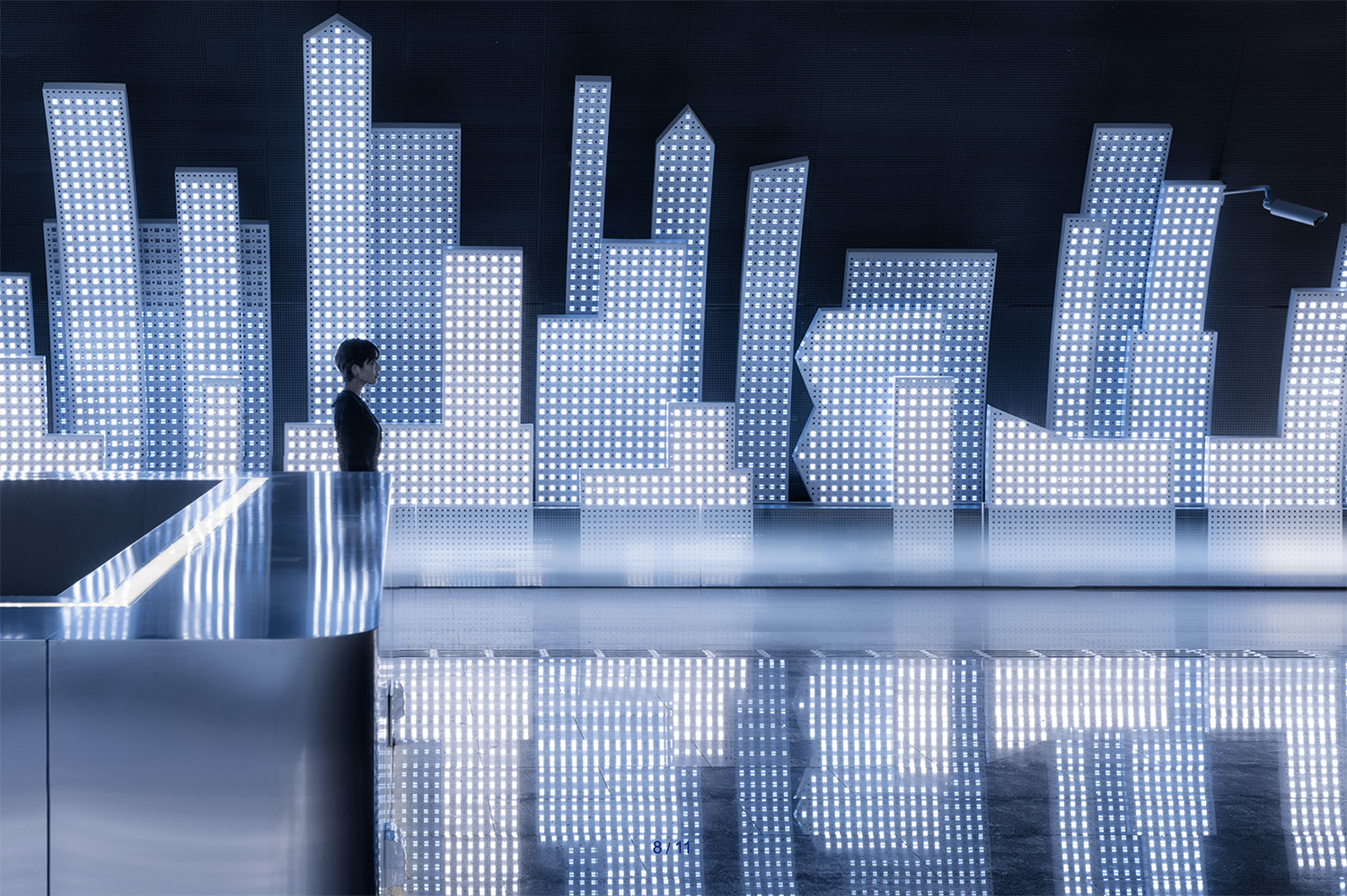 And although much of the subway experience is that of crowds, unpleasant smells and relentless advertising, many of the world’s subway lines, for example Moscow, St. Petersburg, Bilbao and Naples, have also recognized and realized the significance and potential of the massive underground stations as places of art and culture. In fact, the Stockholm underground system is often called the world’s largest art gallery and it is a tourist destination on its own. 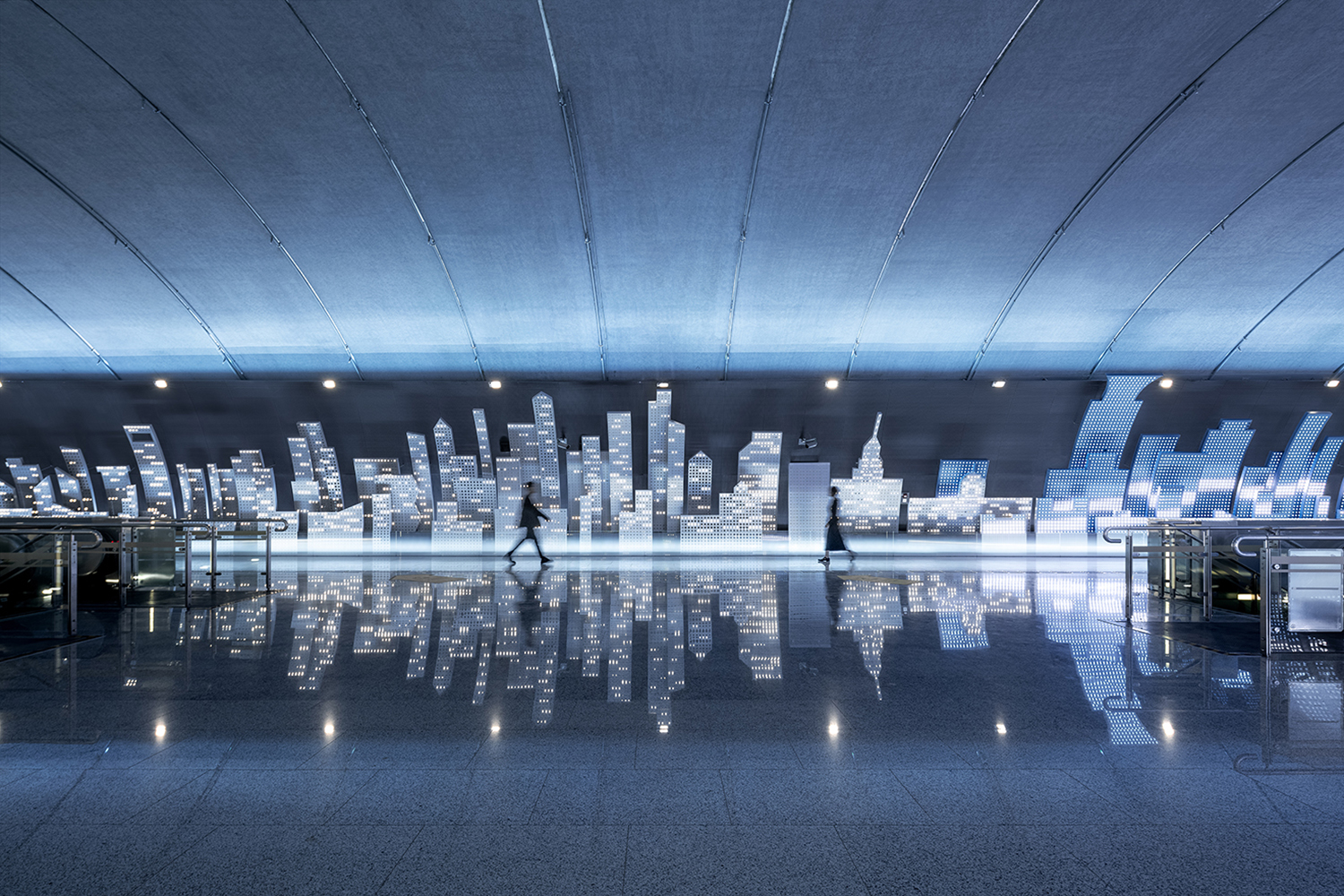 The catwalk-like station opened to the public right before Chinese New Year of 2021. It was commissioned by the Shentong Metro Group, the operator of Shanghai Metro and Shanghai Maglev Train. The name Shentong means literally “Shanghai Transportation” and the Shanghai Metro is the world’s largest metro network.

The chief architect of the two-year-long project, Yu Ting, says that a subway station should be a “symbolic social space” not just a space of comings and goings. His team created a futuristic and minimalistic visual environment with recognizable landmark skyscrapers of both the Pudong and Puxi neighbourhoods interspersed with imaginary and ultramodern skylines of tomorrow’s Shanghai. 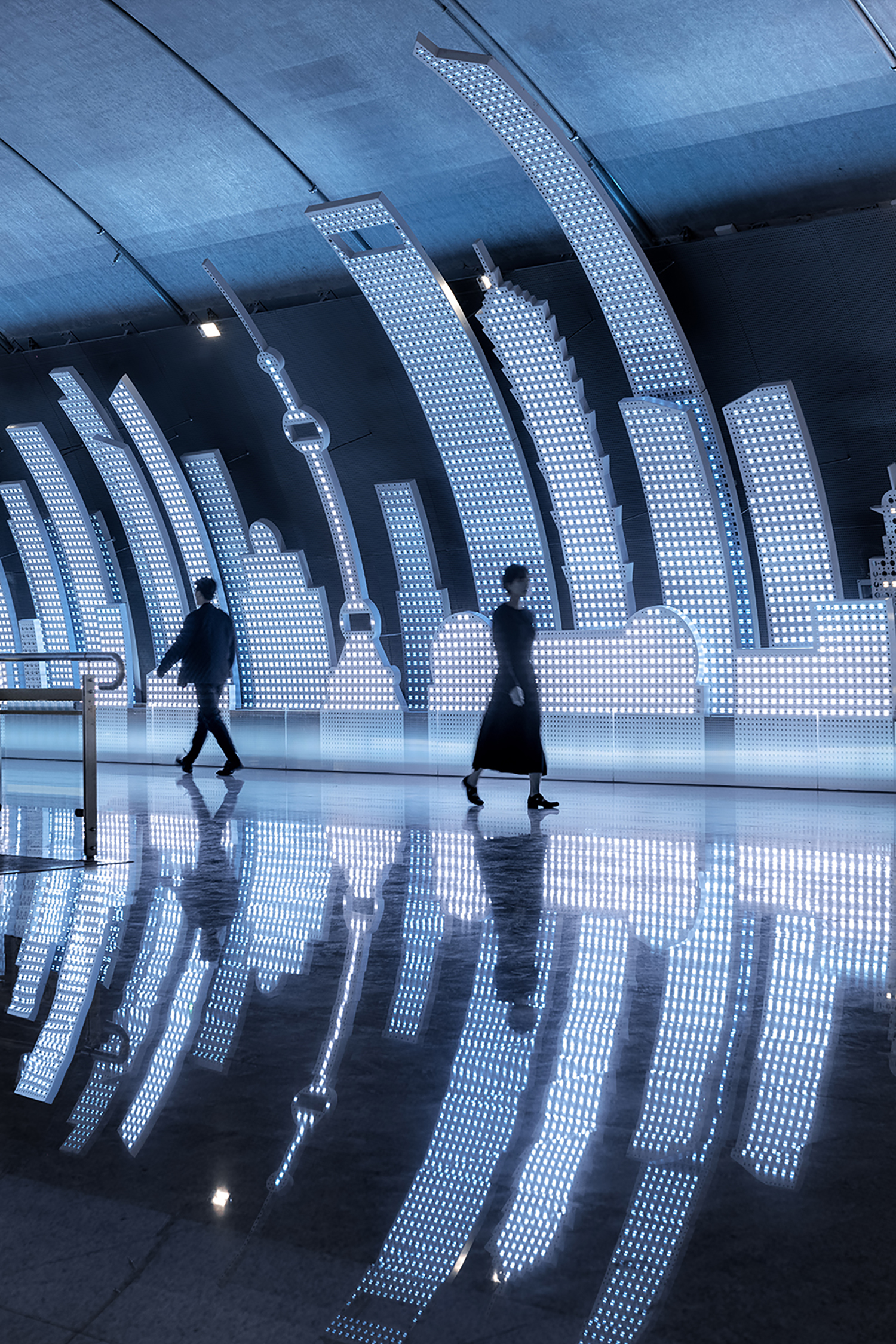 For both practical and visual considerations, the station’s gorgeous arched structure was left exposed and the silhouettes of the skyscrapers seem to be floating in the space. The guiding light for the public is the continuous blue LED light strip that adds yet another level of futurism to the complex.

We love both the apparent simplicity of the technically complicated program and the visual clarity of the design elements. The total effect of the skylines and LED lights is that of an art installation rather than that of a permanent, unchanging structure. Tuija Seipell 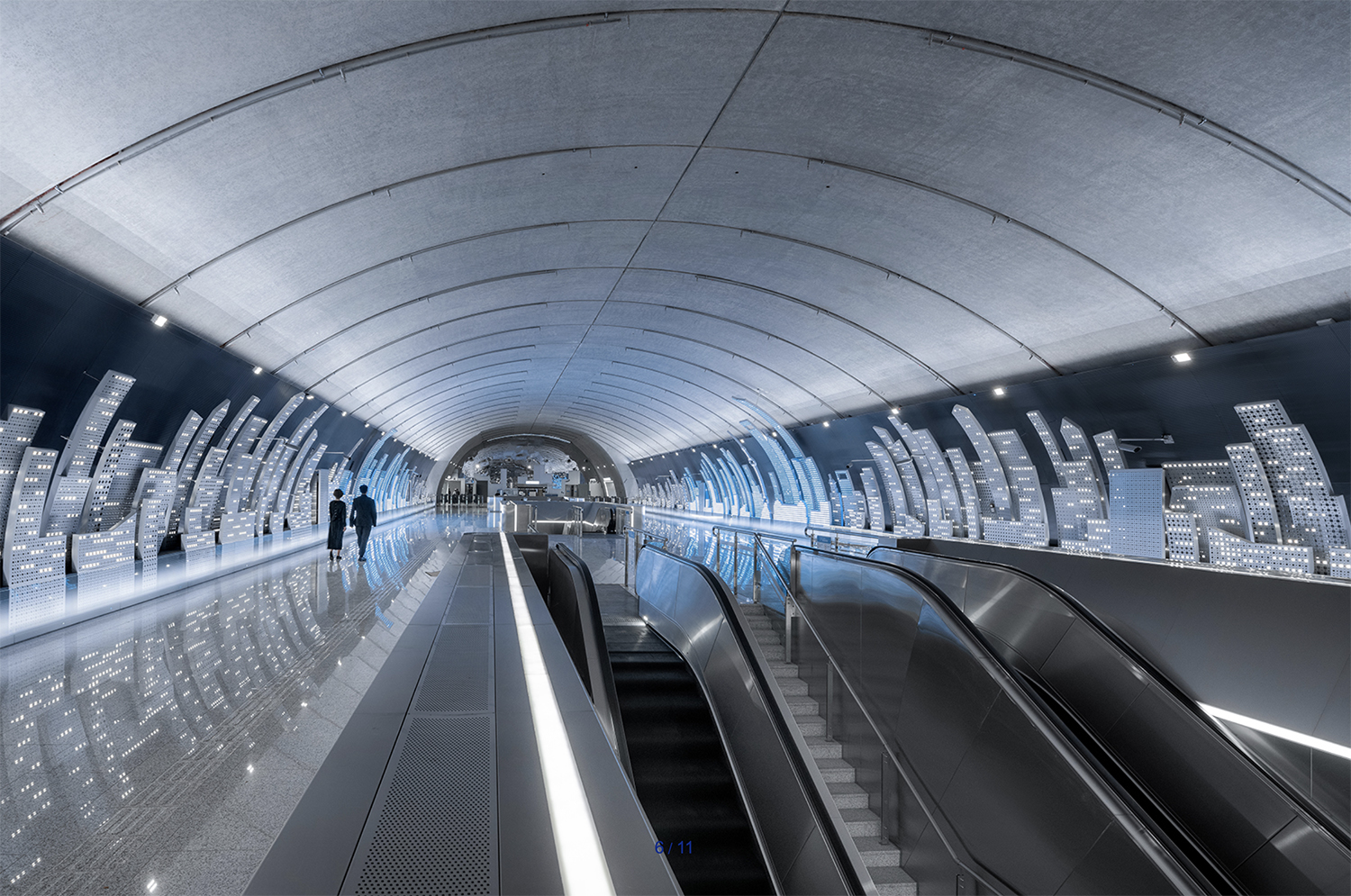