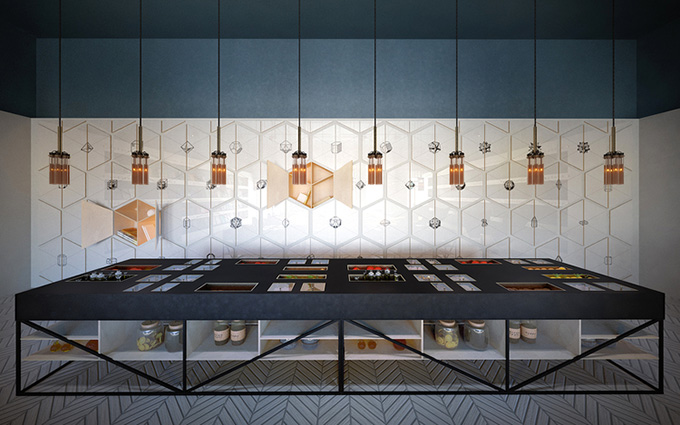 A science and engineering museum’s café project inspired interior designer and photographer Anna Wigandt to create a cool space for enjoyment and study, but she also invented a few products of her own.

The Science Cafe & Library is located in Wigandt’s home town, Chişinău (formerly known as Kishinev), the capital city of Moldova on the river Bîc. 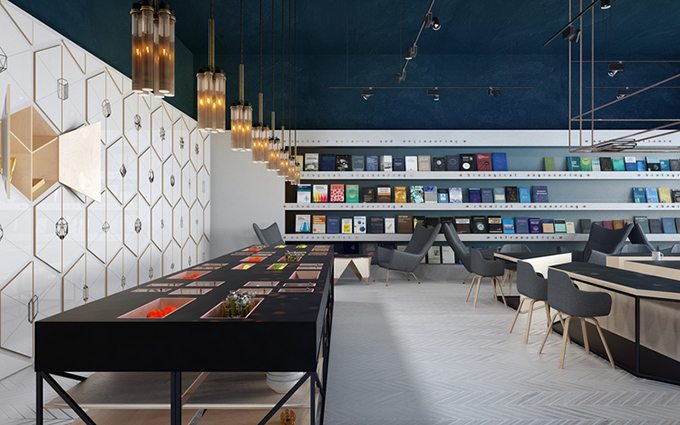 The main features of the self-serve café and library are the jigsaw-puzzle table and the book displays.
The table’s inspiration, according to Wigandt, was German astronomer Johannes Kepler’s 1596 book, Mysterium Cosmographicum (Cosmic Mystery) that dealt with the proportions of celestial bodies. 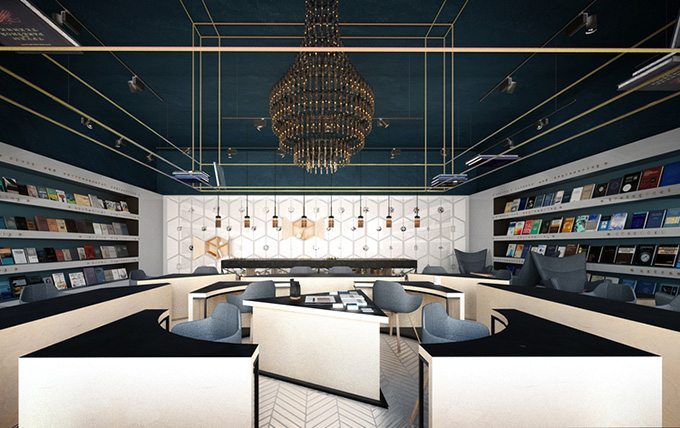 The modular table’s various configurations allow set-ups from small: each café visitor can form their own work table, to large: lecture groups to gather around one big table.
The surrounding book displays  are divided into eight topic areas ranging from Shipbuilding and Astronautics to Nuclear Science and Biological Engineering, each identified with the striking lettering. 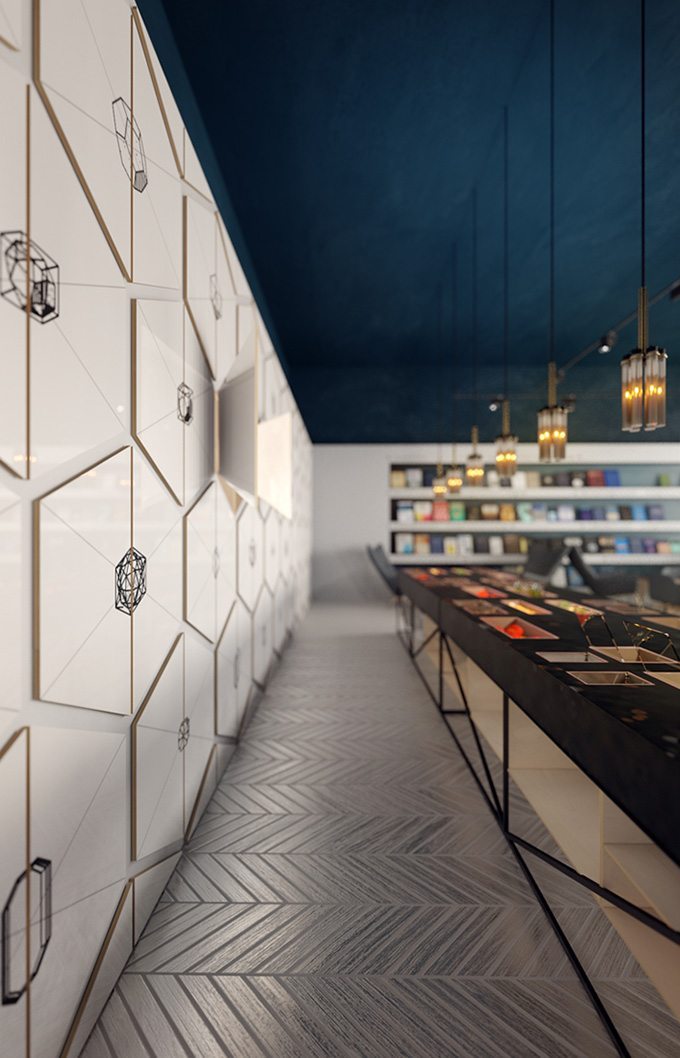 The greatest achievement in this project, however, is the lighting. The designer ended up inventing a few engineering marvels of her own in the process. The chandelier was created specifically for the space out of 408 actual test-tubes. The same tubes were used for the pendants hanging from the meatal rigging above the table. 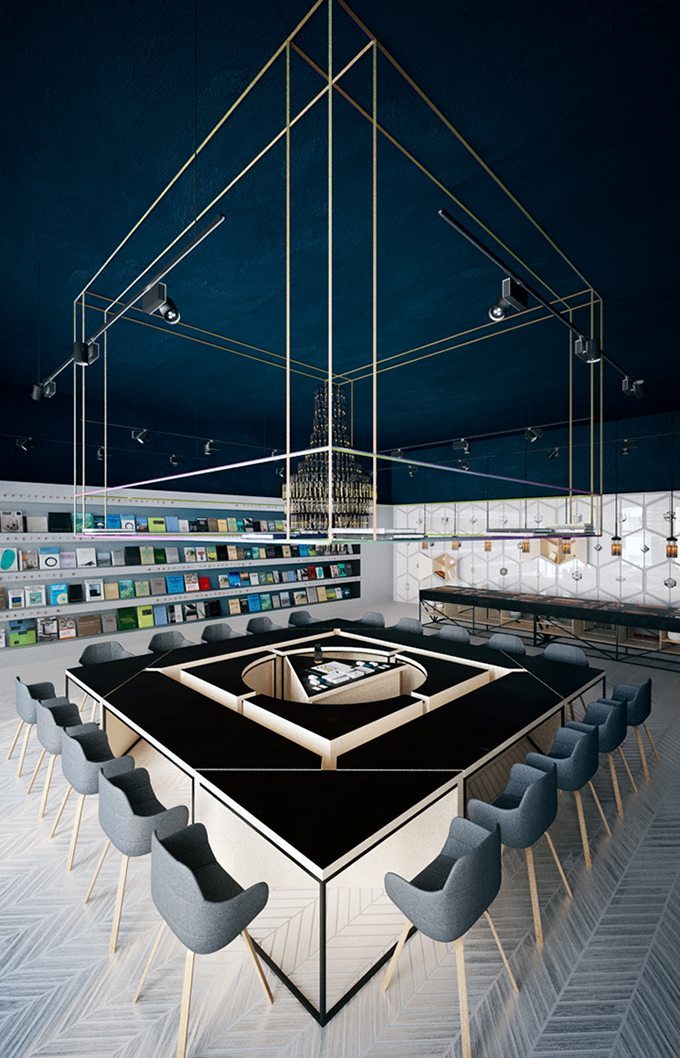 The celestial darkness of ceiling give the entire space an aura of being outdoors, under midnight sky. We also like the hexagons, chevrons and honeycomb patterns on the walls and floor. – Tuija Seipell. 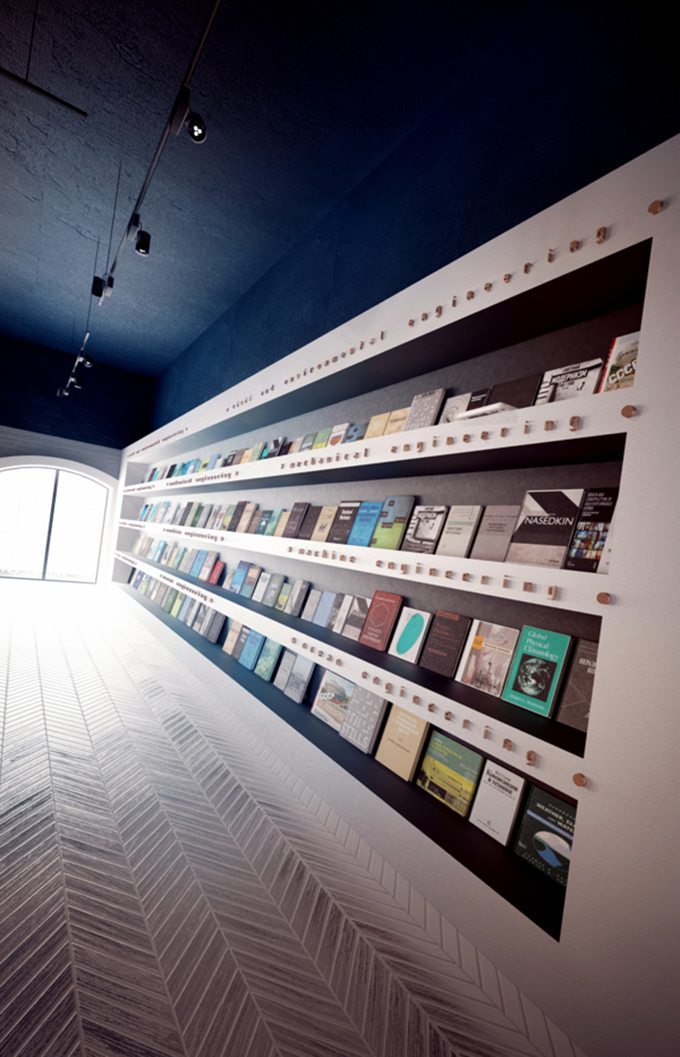