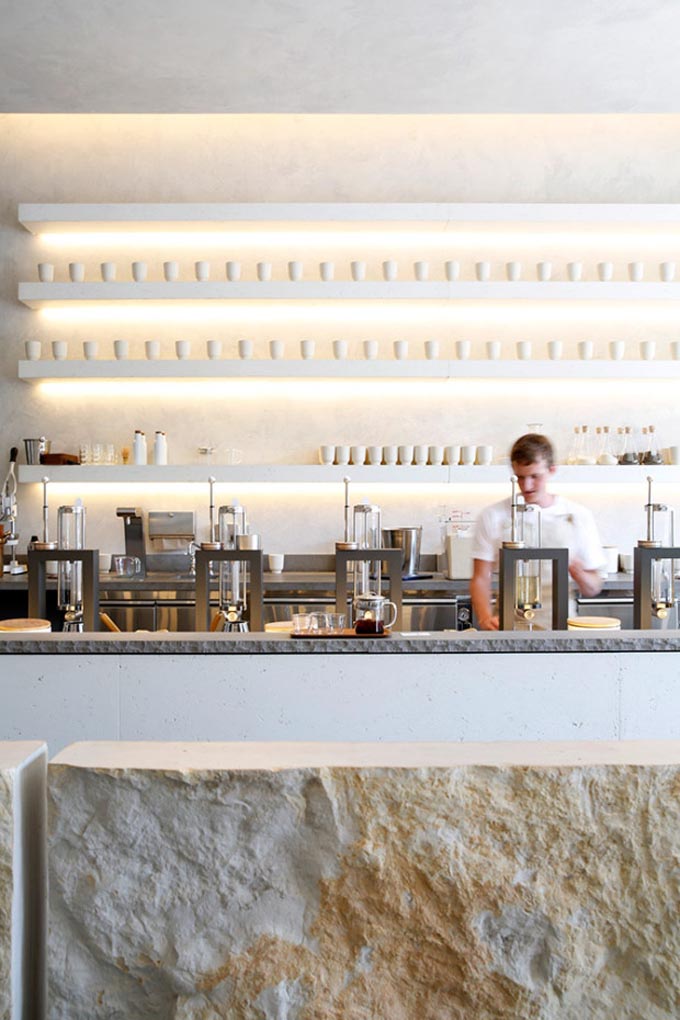 Although there is not a samovar in sight – neither anything resembling the ornate boiler of tea water – the two-month-old Samovar tea bar in The Mission area of San Francisco is most decidedly dedicated to tea. This is the fourth Samovar in owner Jesse Jacobs’ little empire (the other three are also in San Francisco), and clearly different from the others which are more traditional tea houses. 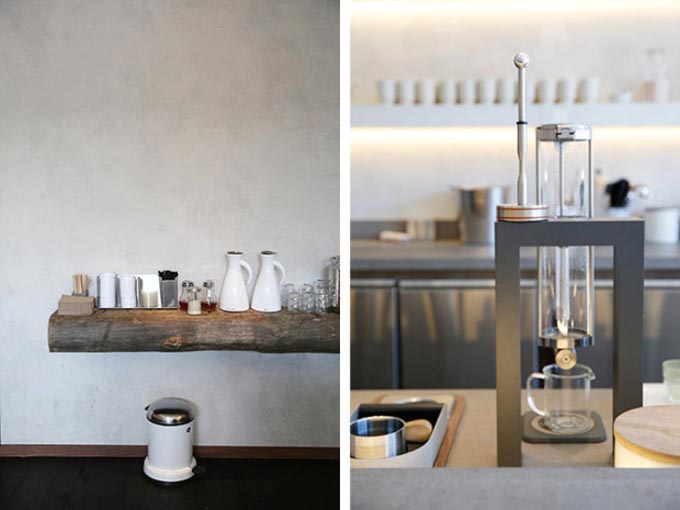 The Mission Samovar is a feast for the eyes and soul in its fine minimalist balance. What is NOT there makes this altar of tea-time contemplation so incredibly beautiful. The antidote to the bustling, loud, constantly connected coffee shop, this is ‘a retreat from the rat race’ as Jacobs said in a magazine interview.
In addition to the highly edited selection of teas and scones, the central focus of this Samovar is the peaceful, almost prayerful atmosphere brought out by the exquisite surroundings.
The thick, white walls, against which hefty white shelves are suspended appear old and slightly weathered. And on the substantial shelves, in harmoniously spaced rows, sit the thick, white cups, custom-created by ceramists at Oakland’s Atelier Dion. 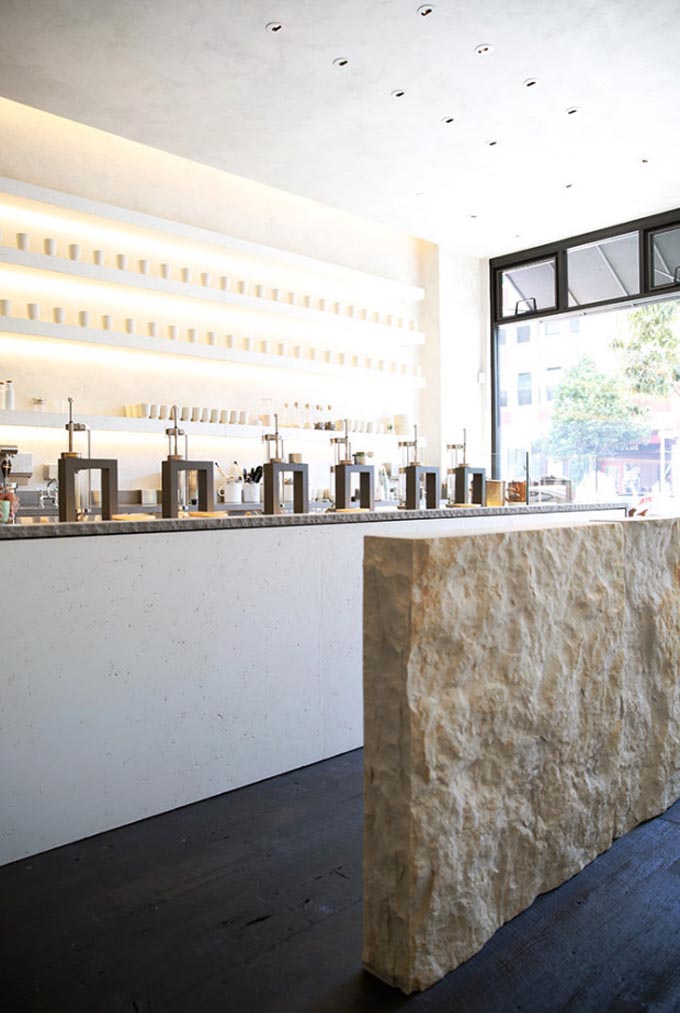 These handle-less cups are meant to be cradled in the hand, held and enjoyed, as opposed to held with the pinky pointing skyward, or clutched like a beer mug. These cups informed the design of the store, skillfully executed by the style masters at San Francisco’s Arcanum Architecture.
The limited assortment of black, green, herbal and iced teas plus masala chai and matcha, is not made from dustings out of dangly bags with hot water poured on. Instead they are ceremoniously yet swiftly prepared in a stately row of tablet-controlled, glass crucibles manufactured in Utah by Arcanum Architecture. – Tuija Seipell. 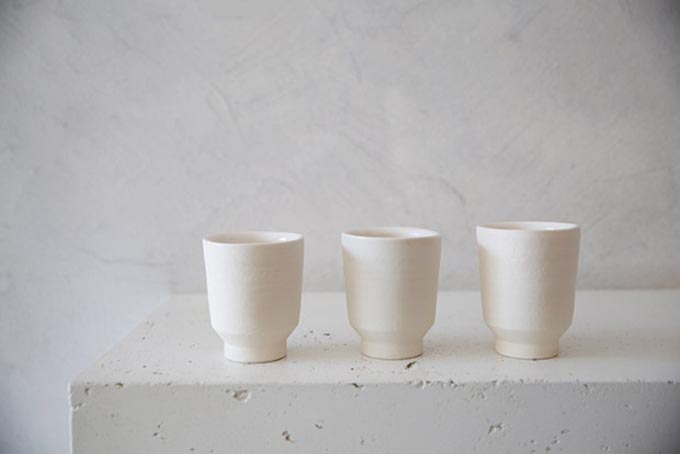 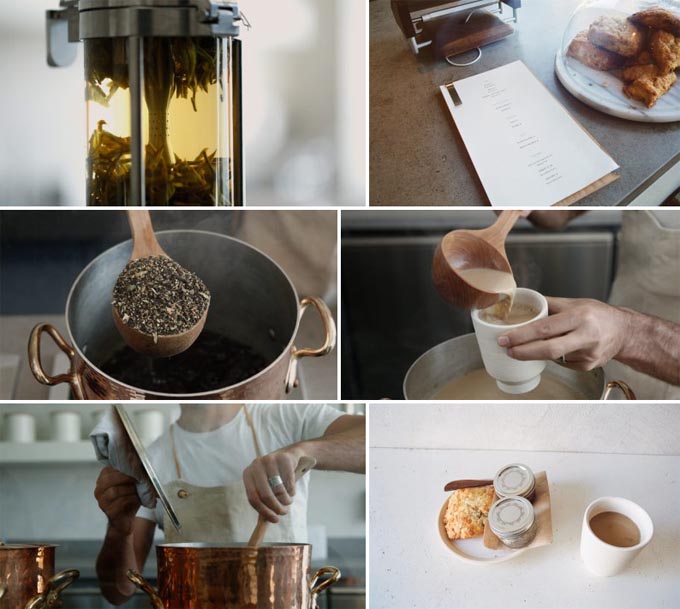