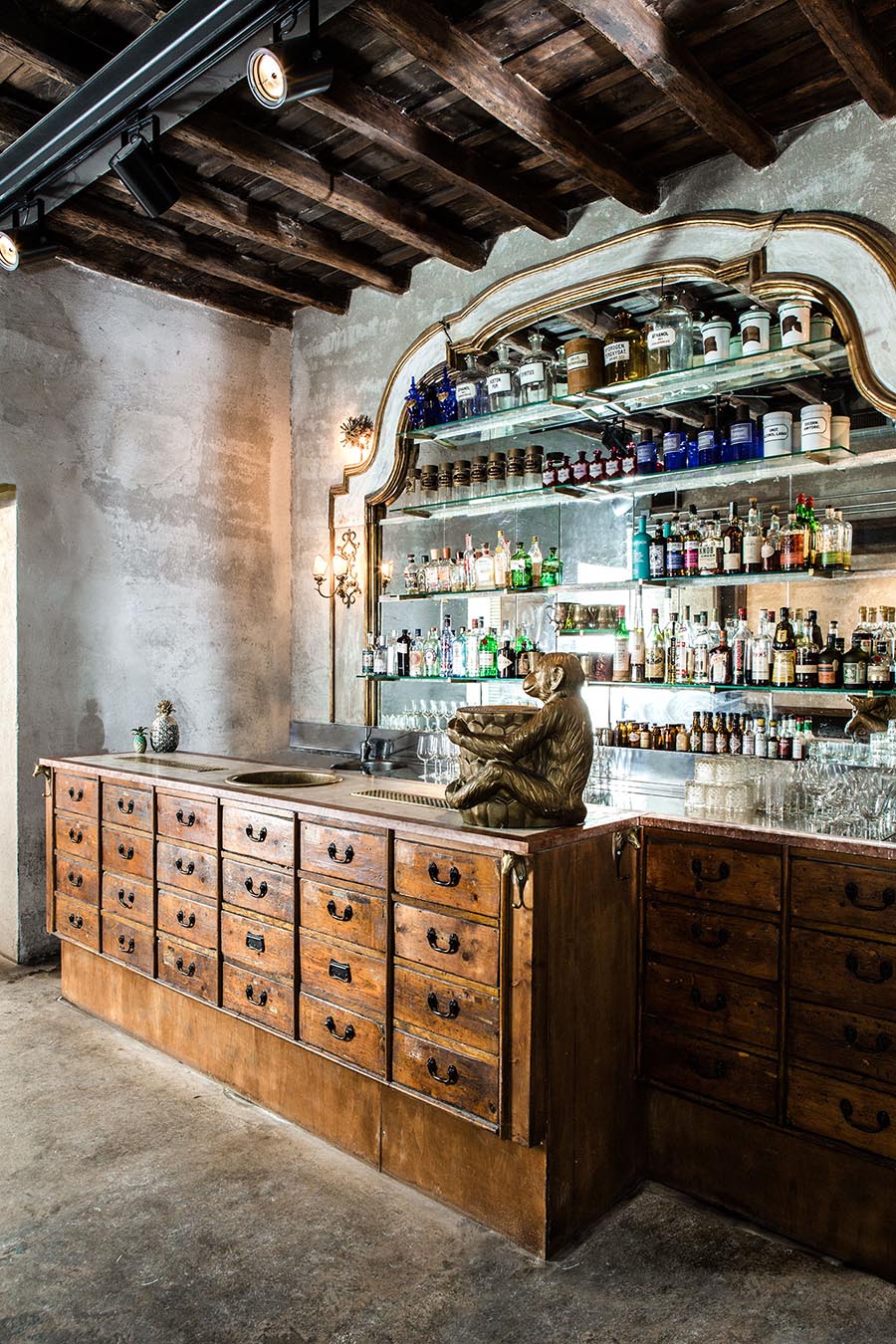 In Rome’s ancient central Rione Monti neighbourhood, Via Panisperna carries a rich and heavy history. The Via Panisperna Boys (I ragazzi di Via Panisperna) were a group of young Italian scientists who, led by Enrico Fermi, in 1934 discovered slow neutrons which later made the nuclear reactor – and the atomic bomb – possible. The street was initially named  after a monastery located nearby, San Lorenzo in Panisperna. 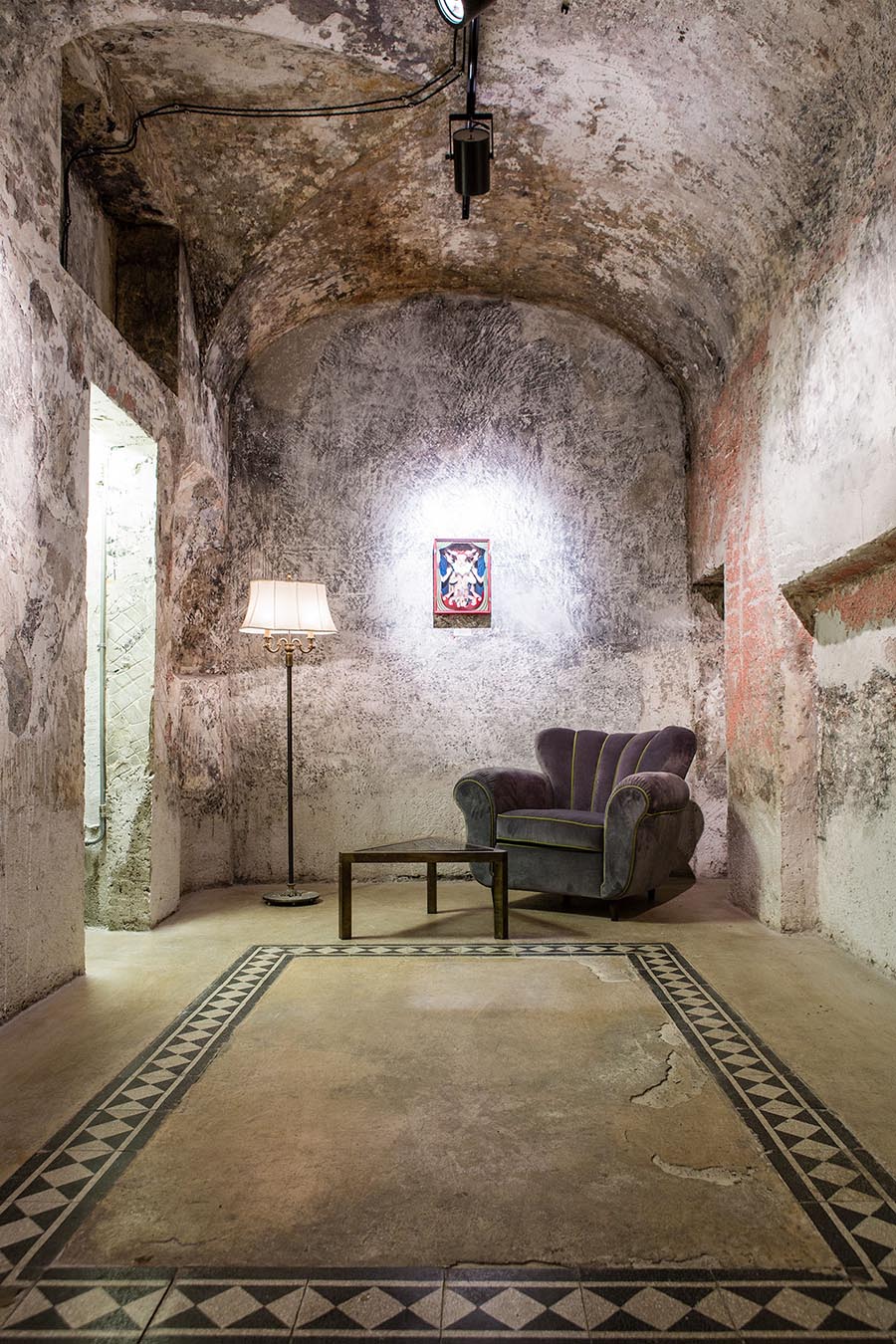 On the storied street, a gorgeously rich and unconventional gallery and bar, called Sacripante, is located in a building that once housed a convent. Sacripante, in turn, is a character in Italian romantic epics Orlando innamorata and Orlando furioso that basically made the word synonymous with ‘scoundrel.’ 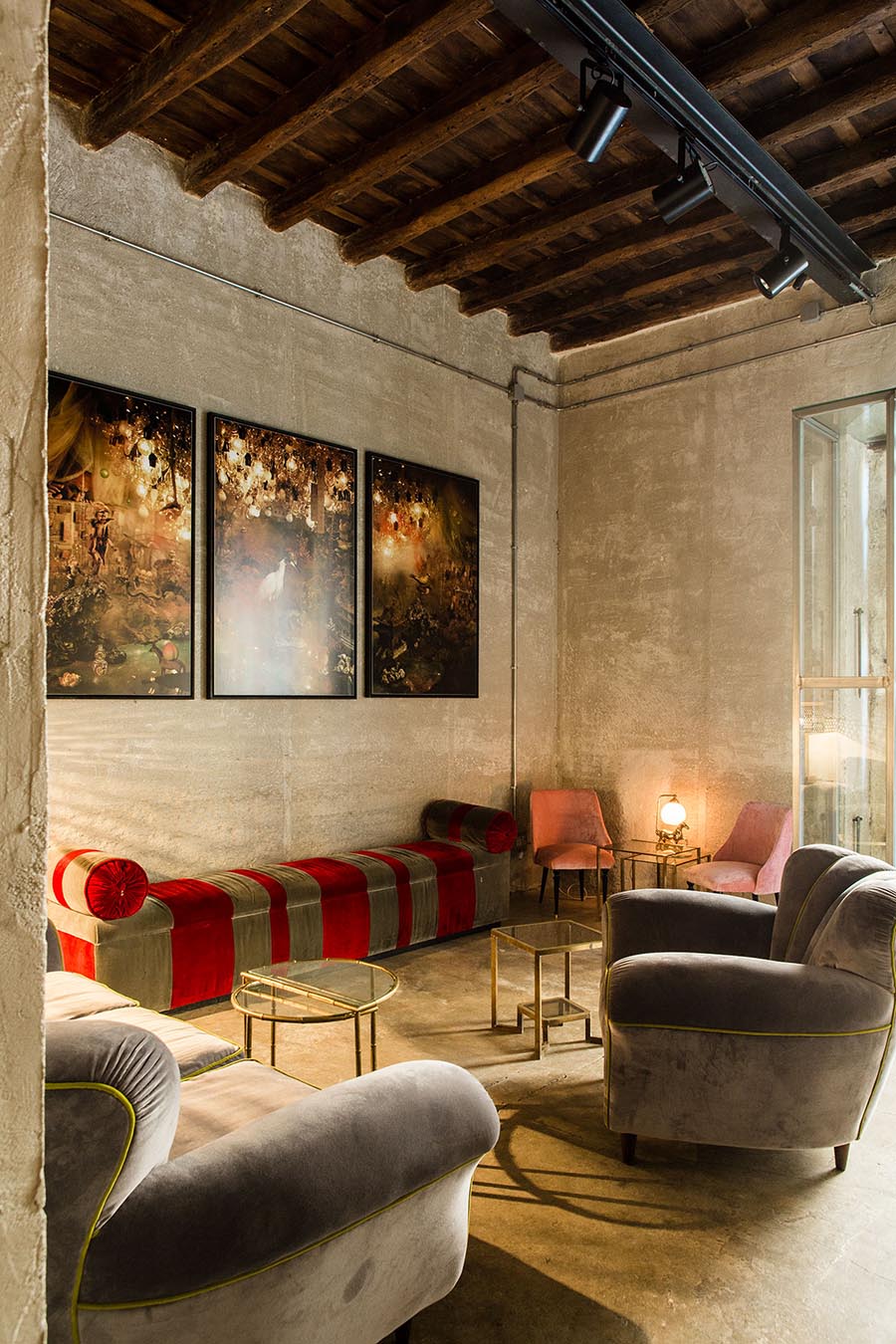 Architect Giorgia Cerulli, her husband, events specialist Alessandro Cattedra, and her sister, fashion producer Carlotta Cerulli, with artistic directors Rossana Calbi and Giulia Picconi, have created an art venue that stands out even in the art-crazy Rome. 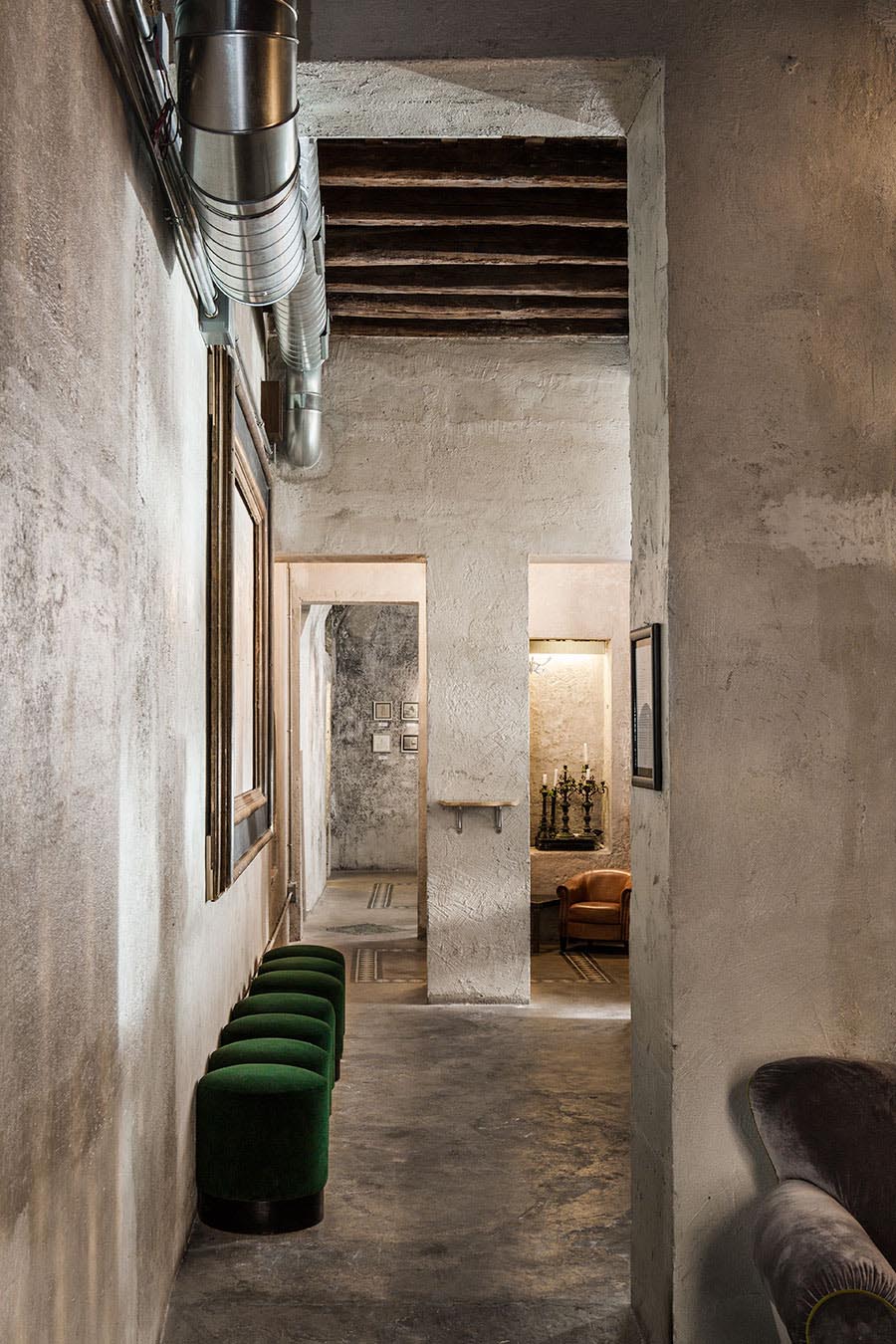 The experience of the owners as designers, historians and producers in many sectors ranging from fashion, theatre and cinema to hotels, restaurants and retail, combined with their over-arching interest in history and restoration, has resulted in an eclectic non-gallery for what the owners call “low-brow” art. It is as far from the white-box-as-gallery as one can get.

Yet in its mix-and-match, over-the-top richness, the space exudes elegance and its walls breathe history. We love the texture created by the velvety upholstery and the uneven plaster on the walls and floors. 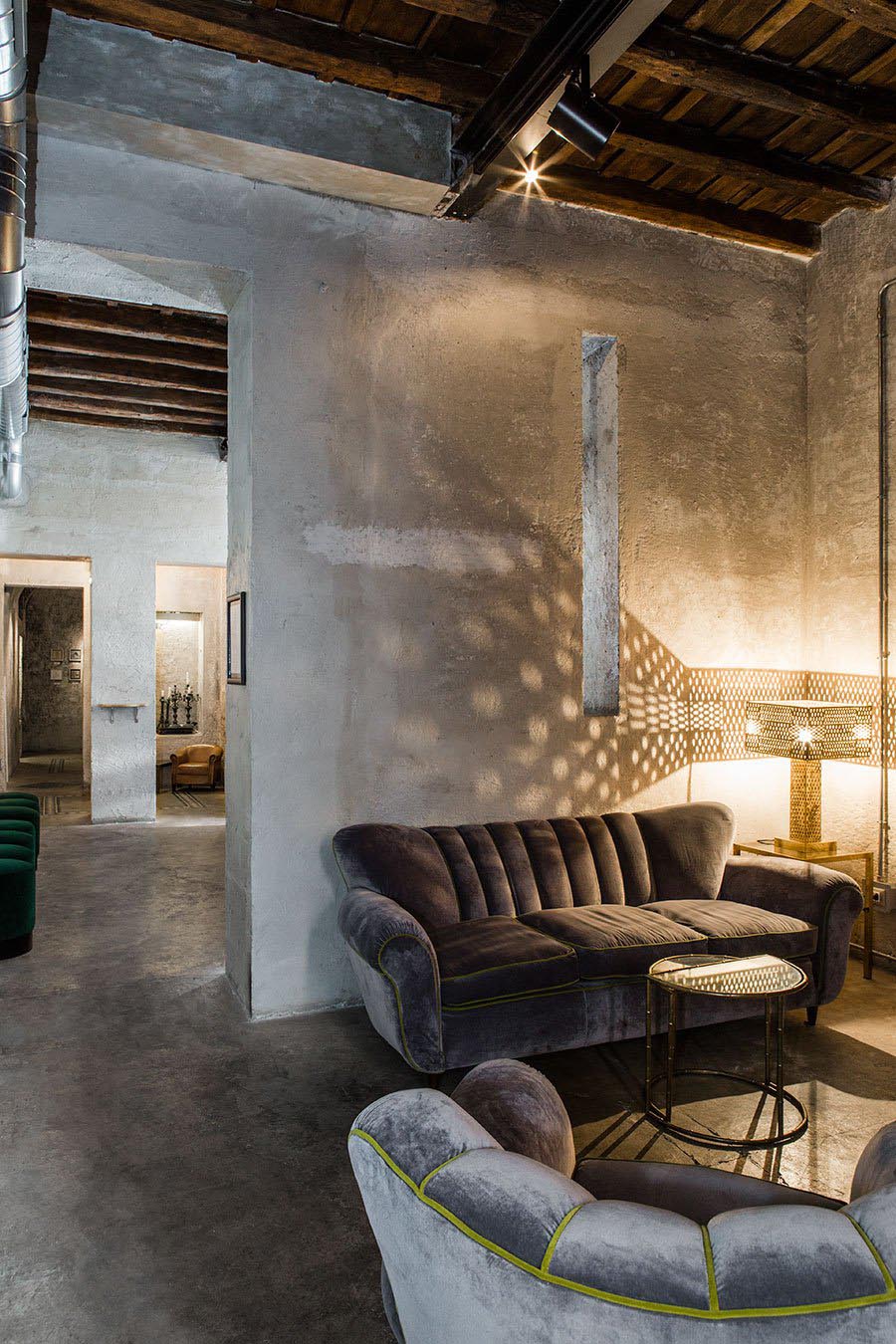 Time has already proven that the location and interior work, as several successful exhibitions have taken place, curated by different curators. 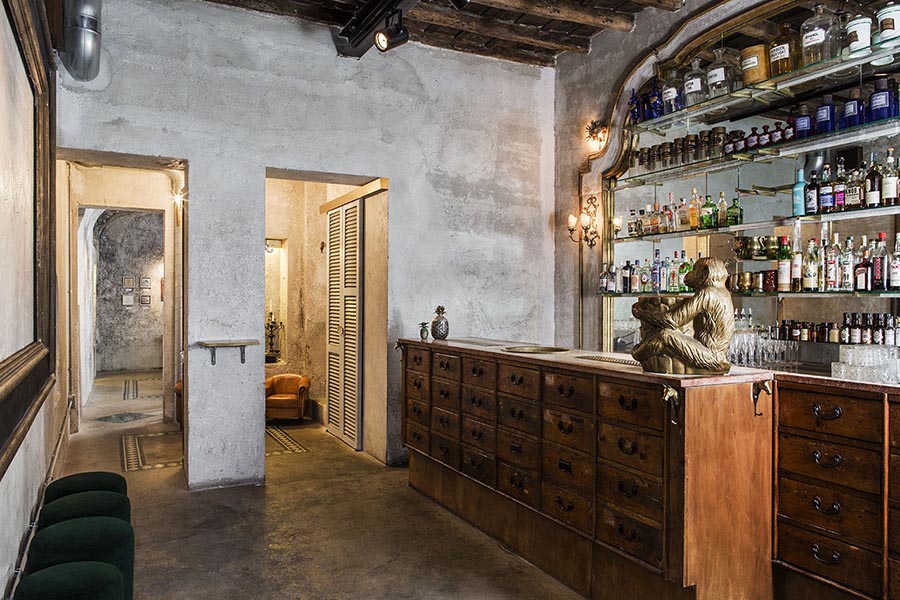 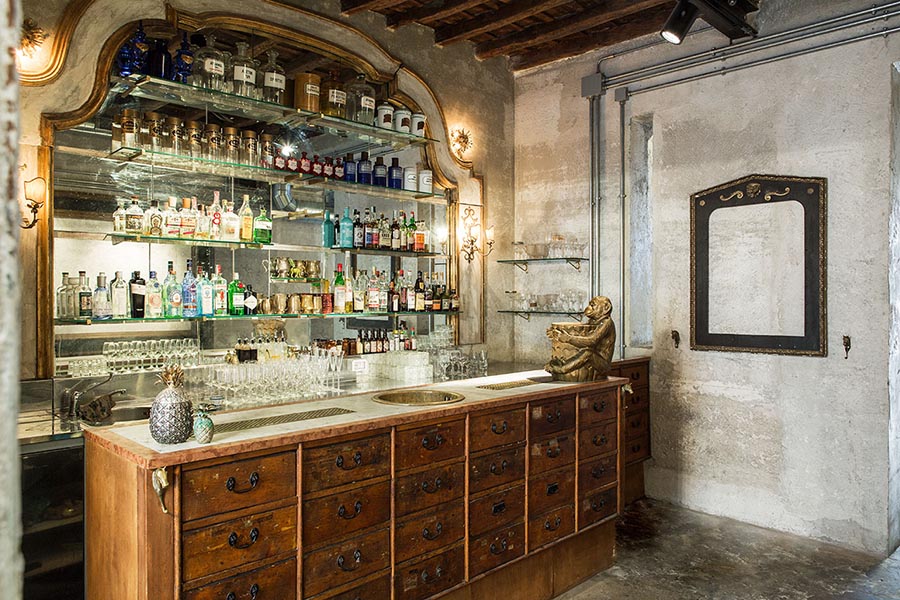