Rosa’s, a modern Thai restaurant in Soho in London’s West End, is the second Rosa’s for managing partners Saiphin and Alex Moore. The success of their first, in Spitalfields in the East End, spurred them to open a three-month ‘tester,’ a pop-up restaurant called Noodles in the Soho space. Its success, in turn, gave birth to a full-blown Rosa’s with its bright-red exterior and wood-paneled interior. 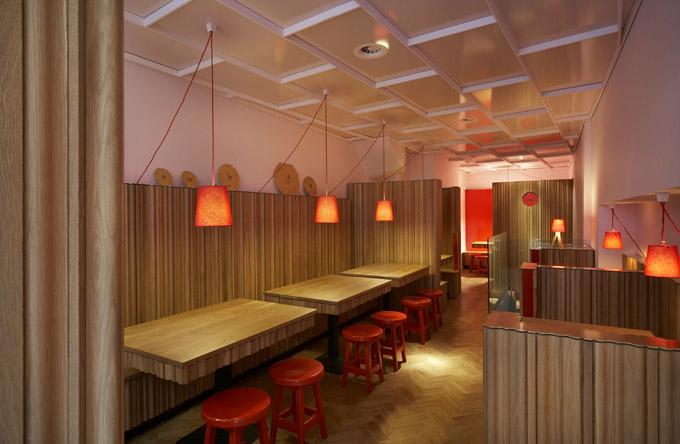 Designed by London-based Gundry & Ducker Rosa’s is an elegant nod to the temporary plywood-booth air of Noodles, the red-light heritage of Soho, and the warm and homey style of the Thai food. Its design features match those of the Spitalfields Rosa’s, also by Gundry & Ducker. 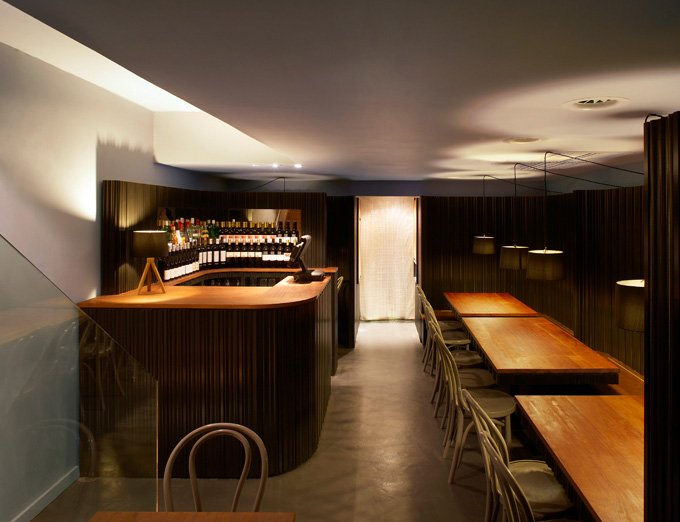 The main feature in the Soho Rosa’s street-level space is the modified oak ogee-curved mouldings. They form coat hooks, lamps and the ‘pie crust’ edge of the tables. The ceiling is made of gloss pink panels in a brick pattern, set behind a deep frame. In the basement, the same themes prevail but in black gloss and grey and reclaimed teak.

Gundry & Ducker was founded by Tyeth Gundry and Christian Ducker in 2007, both former employees of Nigel Coates. With backgrounds in architecture, furniture and exhibit design, Gundry and Drucker have completed several award-winning hospitality and residential projects. – Tuija Seipell