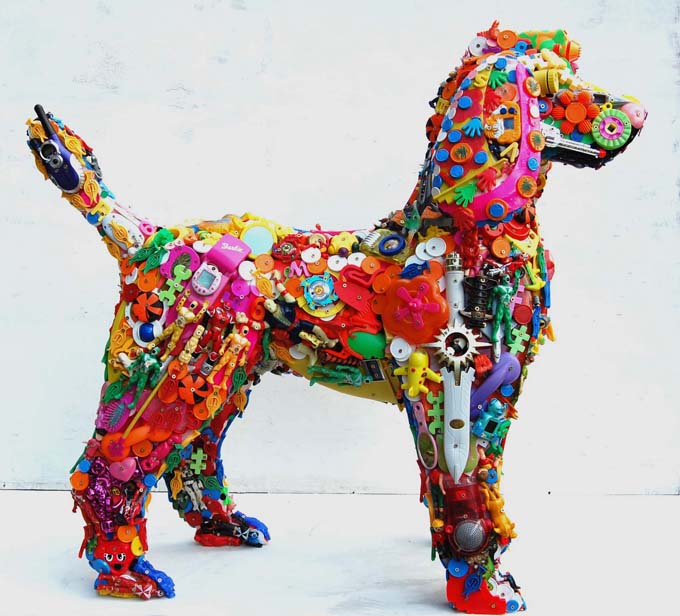 Robert Bradford creates his life-size and larger-than-life sculptures of humans and animals from discarded plastic items, mainly toys but also other colorful plastic bits and pieces, such as combs and buttons, brushes and parts of clothes pegs. 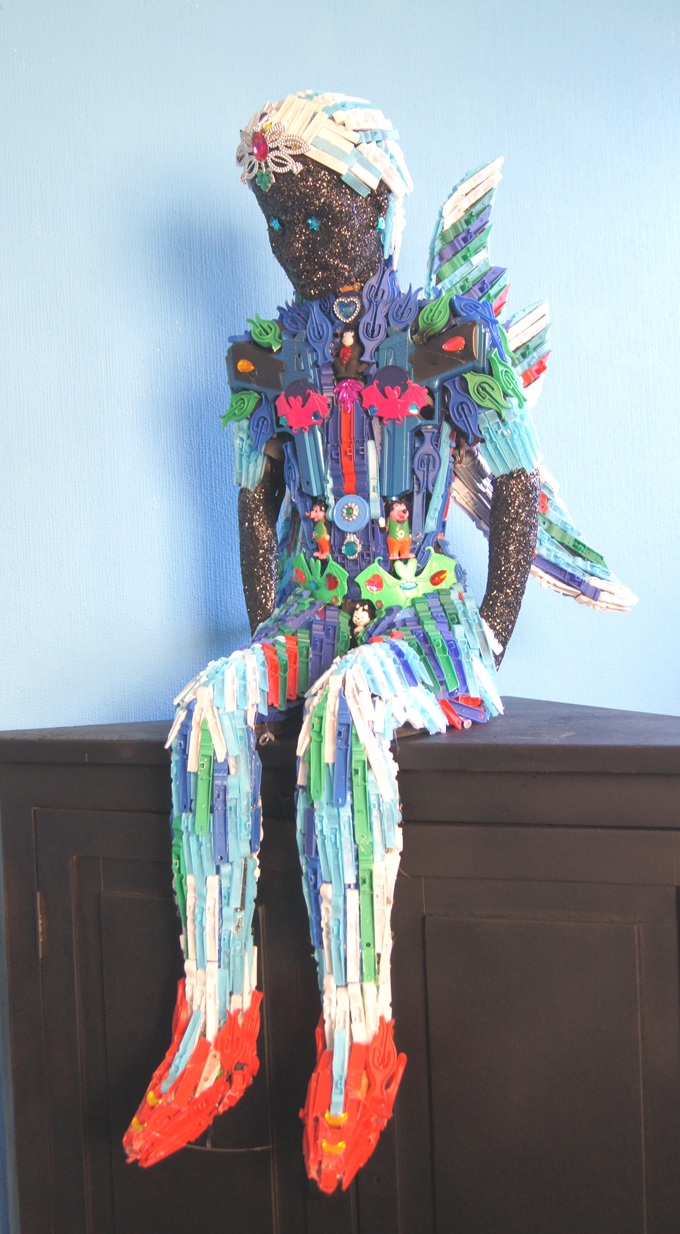 Contrary to some reports, he’s not a self-taught artist who tinkered in his shed one day and suddenly decided to create something out of his kids’ discarded toys. He is a London-born and U.K. and U.S.-trained visual artist who, like many artists, also had another career on the side. His was that of a psychotherapist. 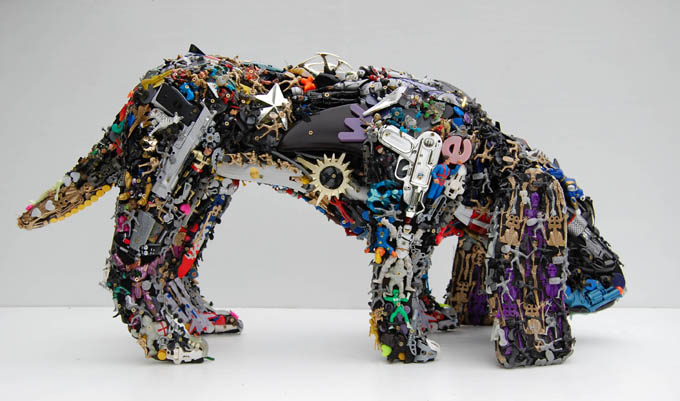 In 2002, he started to consider the possibilities that his children’s forgotten toys could have as part of something bigger. Bradford says he likes the idea that the plastic pieces have a history, some unknown past, and that they also pass on a ‘cultural’ history as each of the pieces represents a point in time. 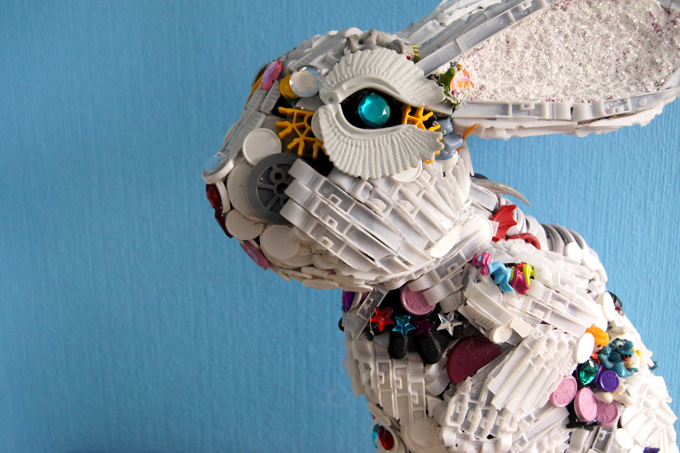 Recycling is not his primary concern, but each sculpture certainly keeps quite a few pieces from becoming landfill. Some of the sculptures contain pieces from up to 3,000 toys and sell for £12,000 (US$19,000). – Tuija Seipell 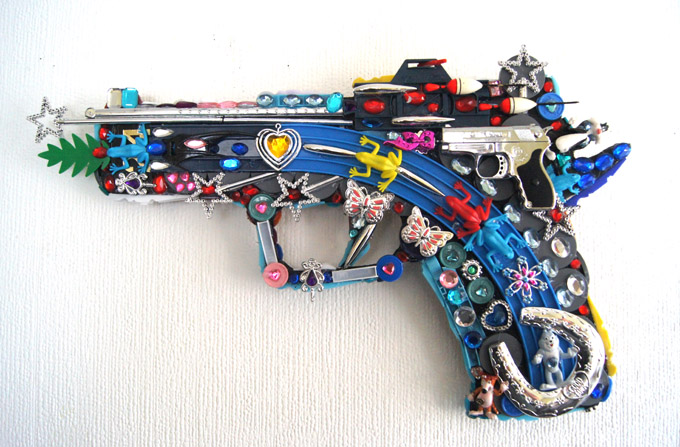