Restauration of Vitello d’Oro, The Oldest Restaurant in Udine, Italy 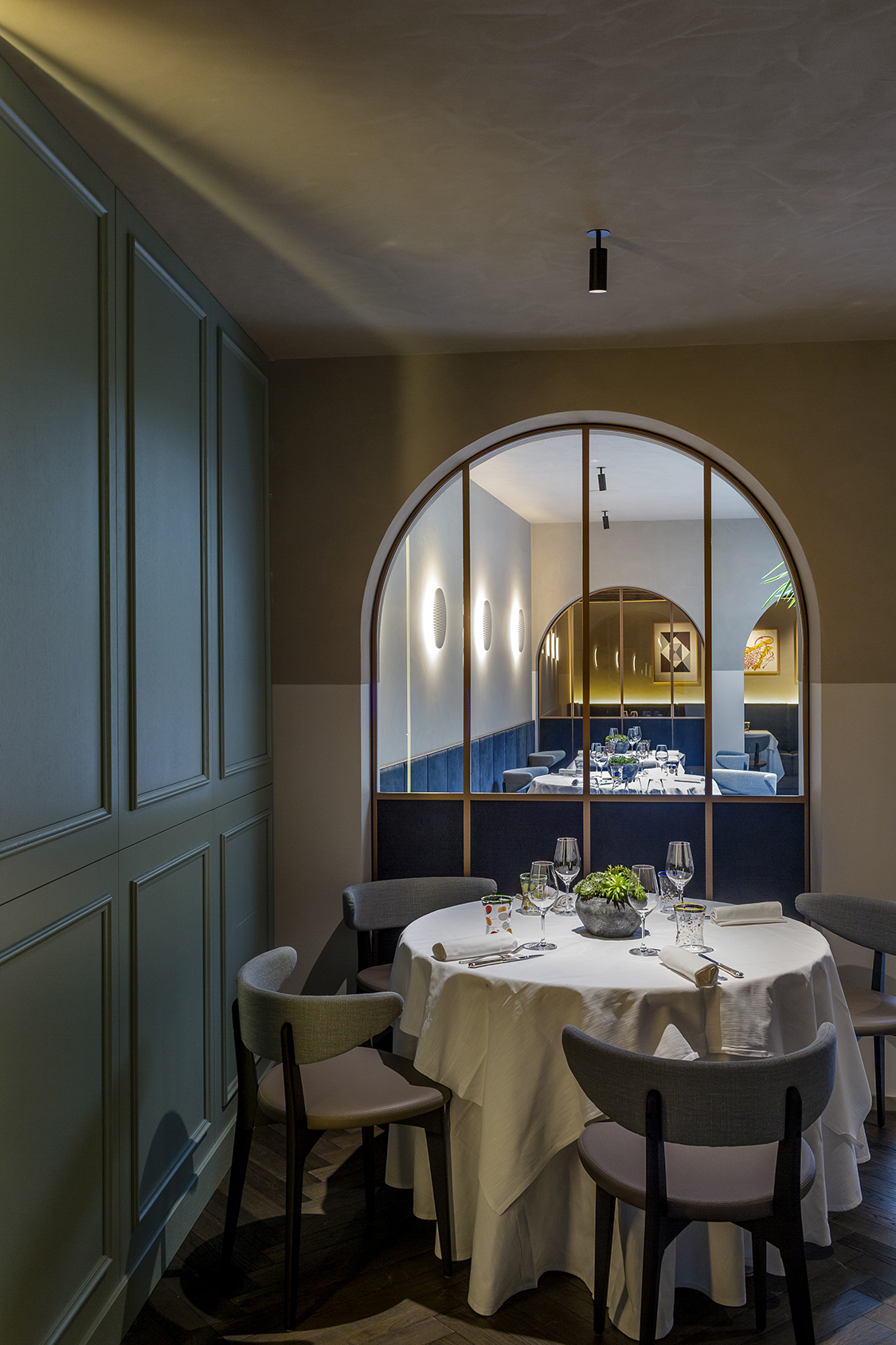 We love the idea of a restaurant with its history dating back to 1849. Vitello d’Oro in north-eastern Italy’s ancient city of Udine is just such a restaurant.

Udine is a town that has been inhabited since Neolithic times, so although Vitello d’Oro is Udine’s oldest restaurant, it is really just a youngster. 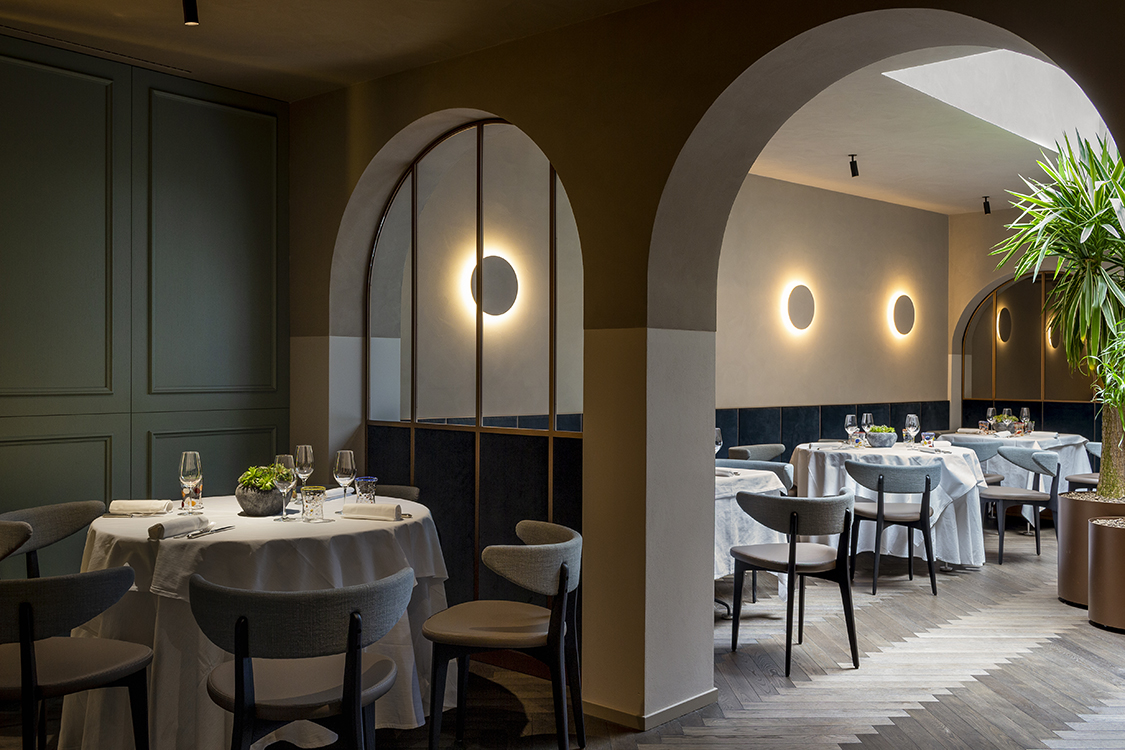 The location of Udine in the Friuli-Venezia Giulia region between Austria and Slovenia is an ages-old crossroads and trading centre that has seen dozens of nationalities and rulers, tastes and styles, fashions and fads. 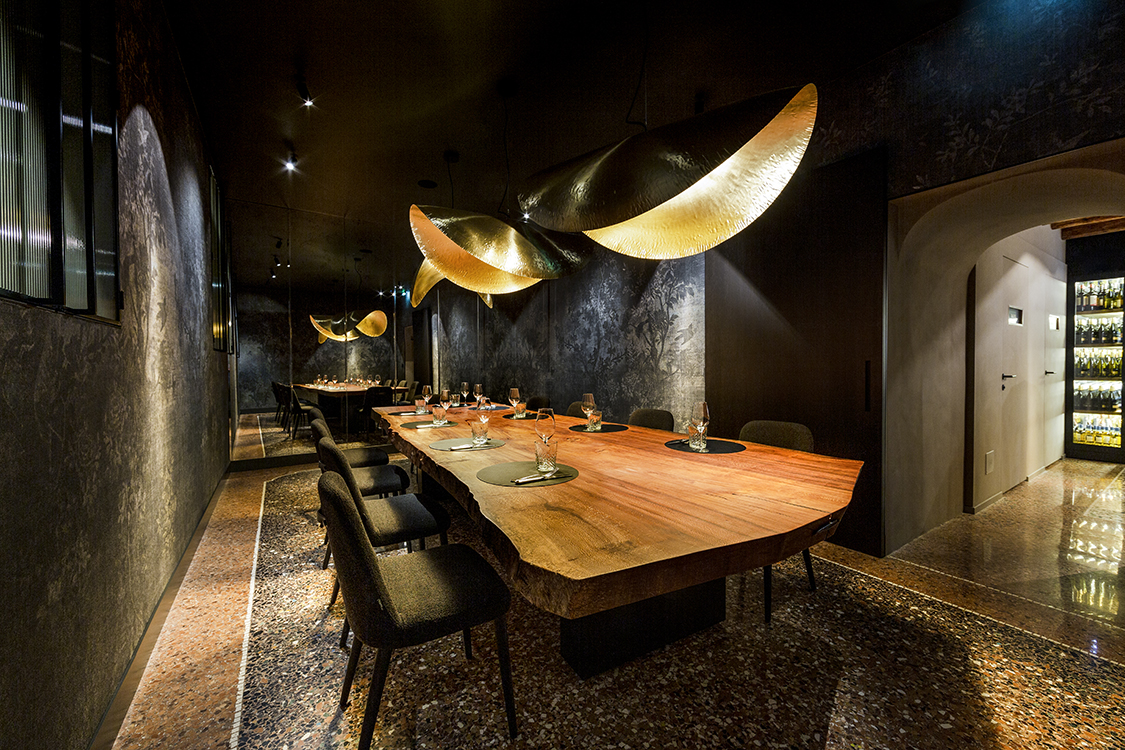 But the love of good food permeates the region and Udine, like so many other Italian cities, claims the title of the culinary capital of the region, if not the entire country. Restaurants in this area have been tried and tested by both locals and visitors. To survive and thrive you need to be extremely good.

In the case of Vitello d’Oro, we love its age and history, but what we love even more about it today is the elegant renovation/restoration completed in April this year. 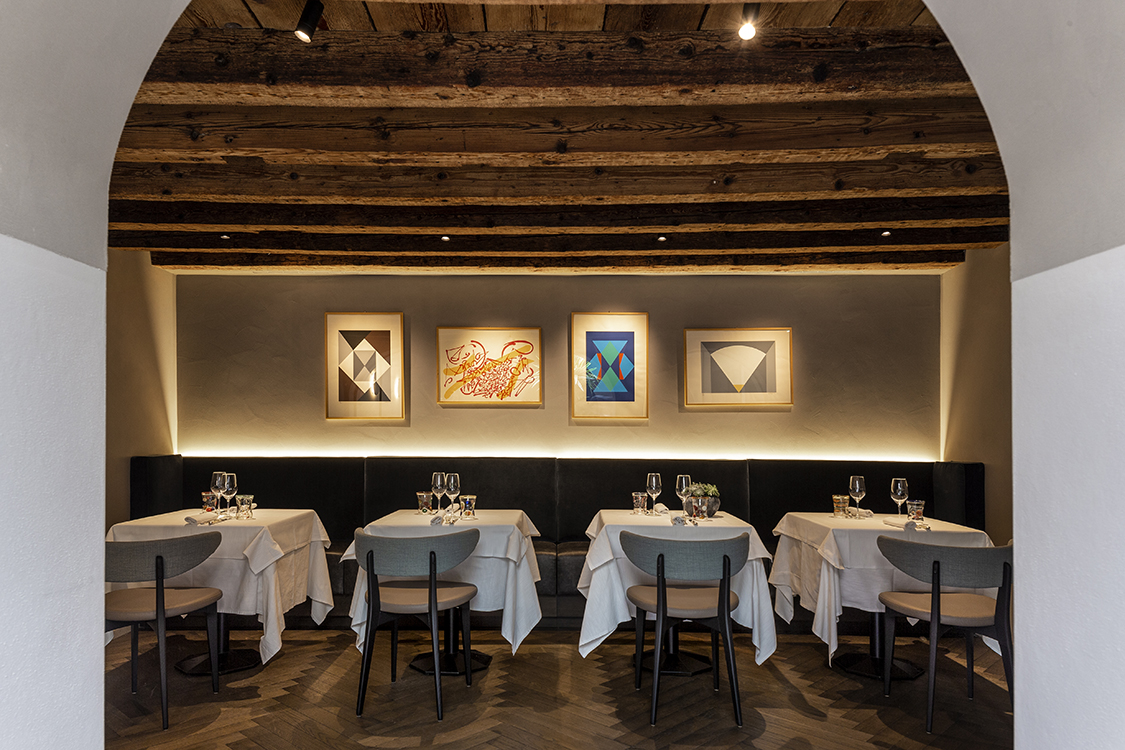 Giorgio di Bernardo, CEO and founder of  Udine-based Visual Display S.r.l. with his team has created a sophisticated, new environment that is as multilingual and stylish as the restaurants’ customers.

It still speaks the language of the old and caters to its long-time clientele but it also takes into account the demands of today’s seen-it-all cosmopolitan culinary sophisticates. 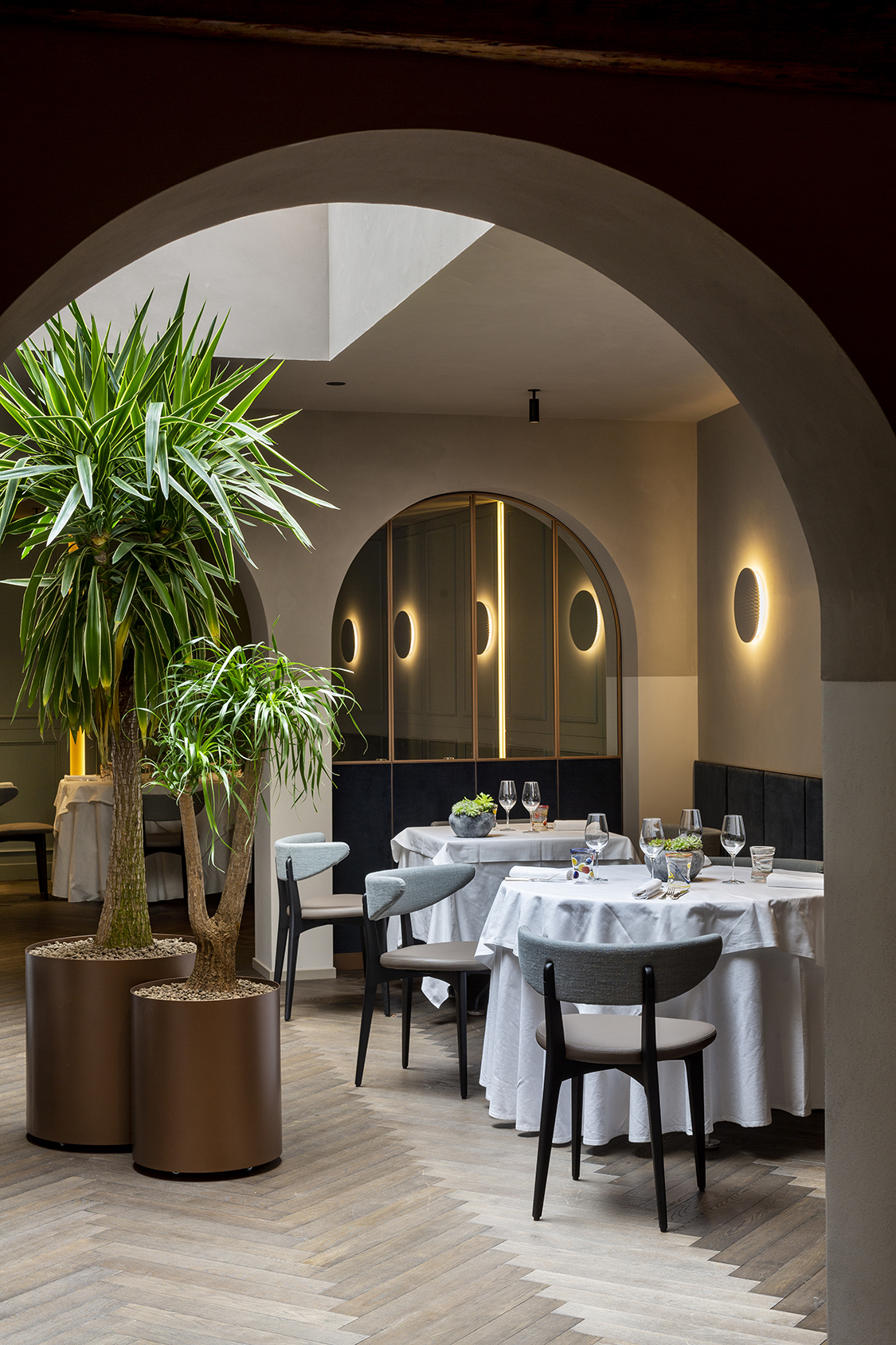 Legendary service, excellent cuisine and innovation. All of these also needed to be present, according to the owners, brothers Massimiliano (the chef) and Gianluca (the maître) Sabinot.

The Sabinot family’s connection with this restaurant began in 1964 when Antonio Sabinot (Massimiliano and Gianluca’s father) started to work there as a waiter. Since 1987 Antonio and his wife, Mrs Gigliola , have owned the establishment and the brothers inherited its management in 1991. 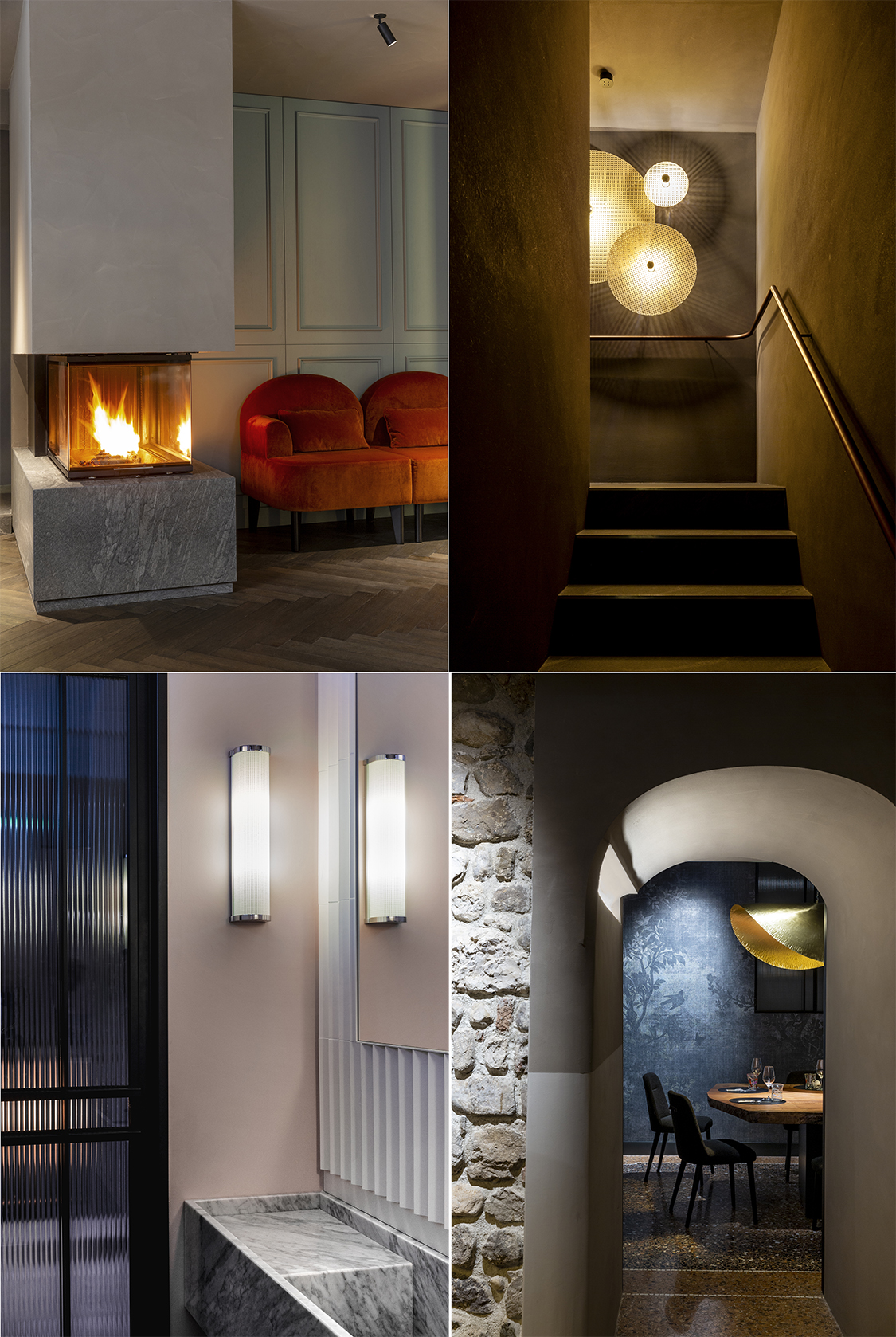 The brothers worked with the designers for six months to discover the right design balance for the renovation that they had contemplated for more than two years. The renovation itself took three months to complete, Di Bernardo tells The Cool Hunter.

The project involved the total renovation of the interior and part of the external façade, he continues. They restored the structure without altering it and brought to light historical details previously hidden under plasterboard layers.

This included the discovery of the second city wall, on which the restaurant rests, which is now one of the points of attraction in the restaurant’s atrium.

The designers restored and conserved many of the original elements and left them visible, including the Venetian terrazzo flooring and the wooden beams of the hall. 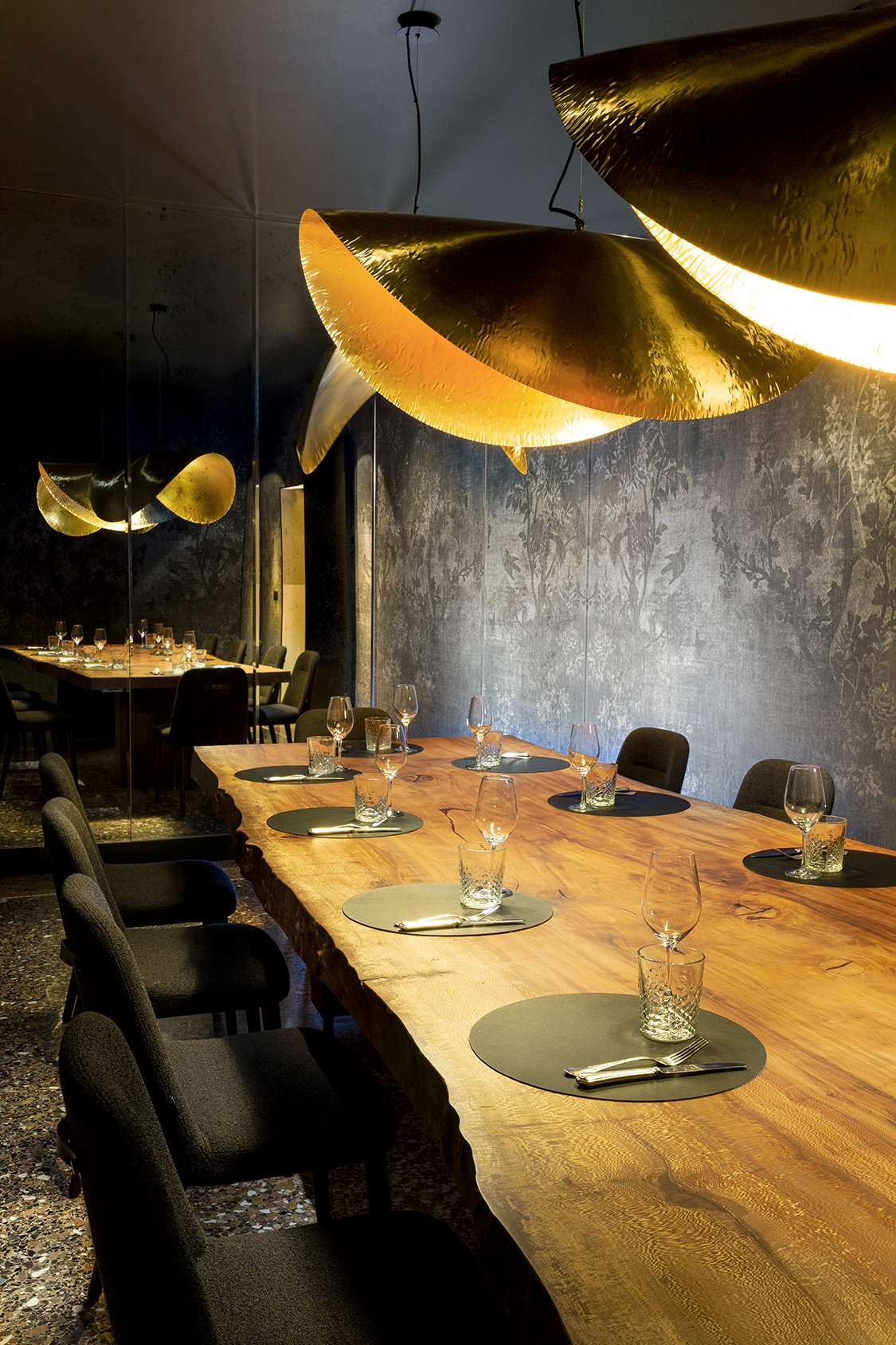 They also paid special attention to lighting, ensuring the historical details are highlighted with a dedicated lighting program. 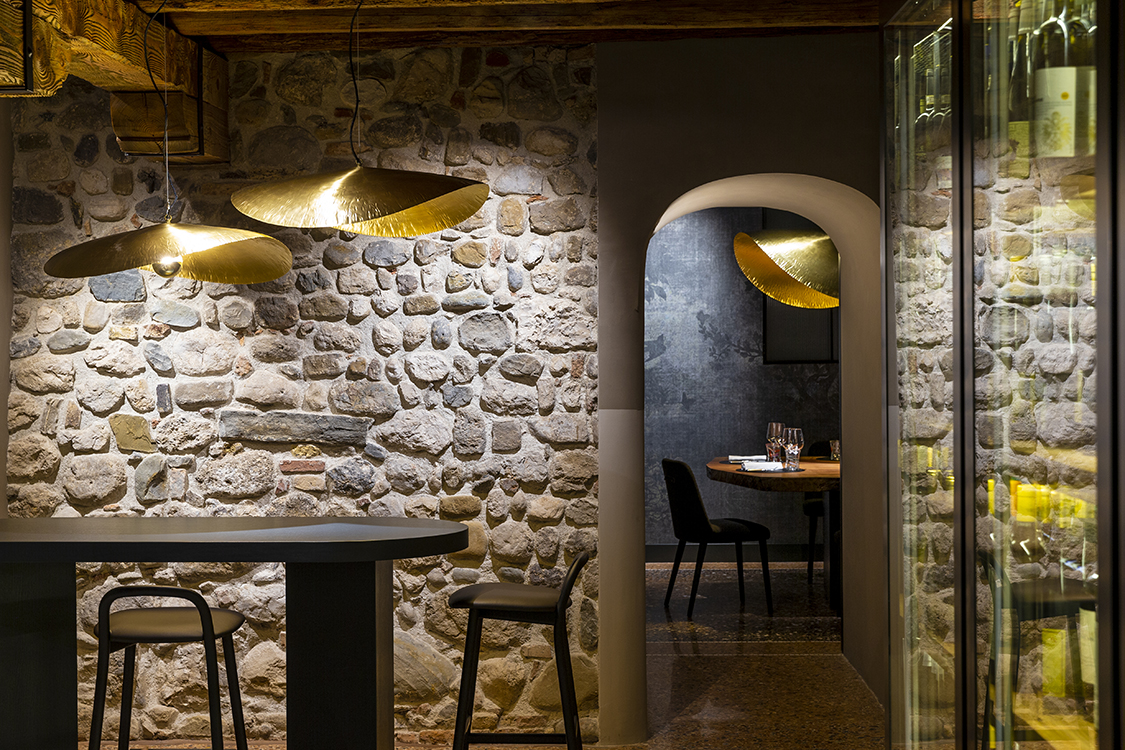