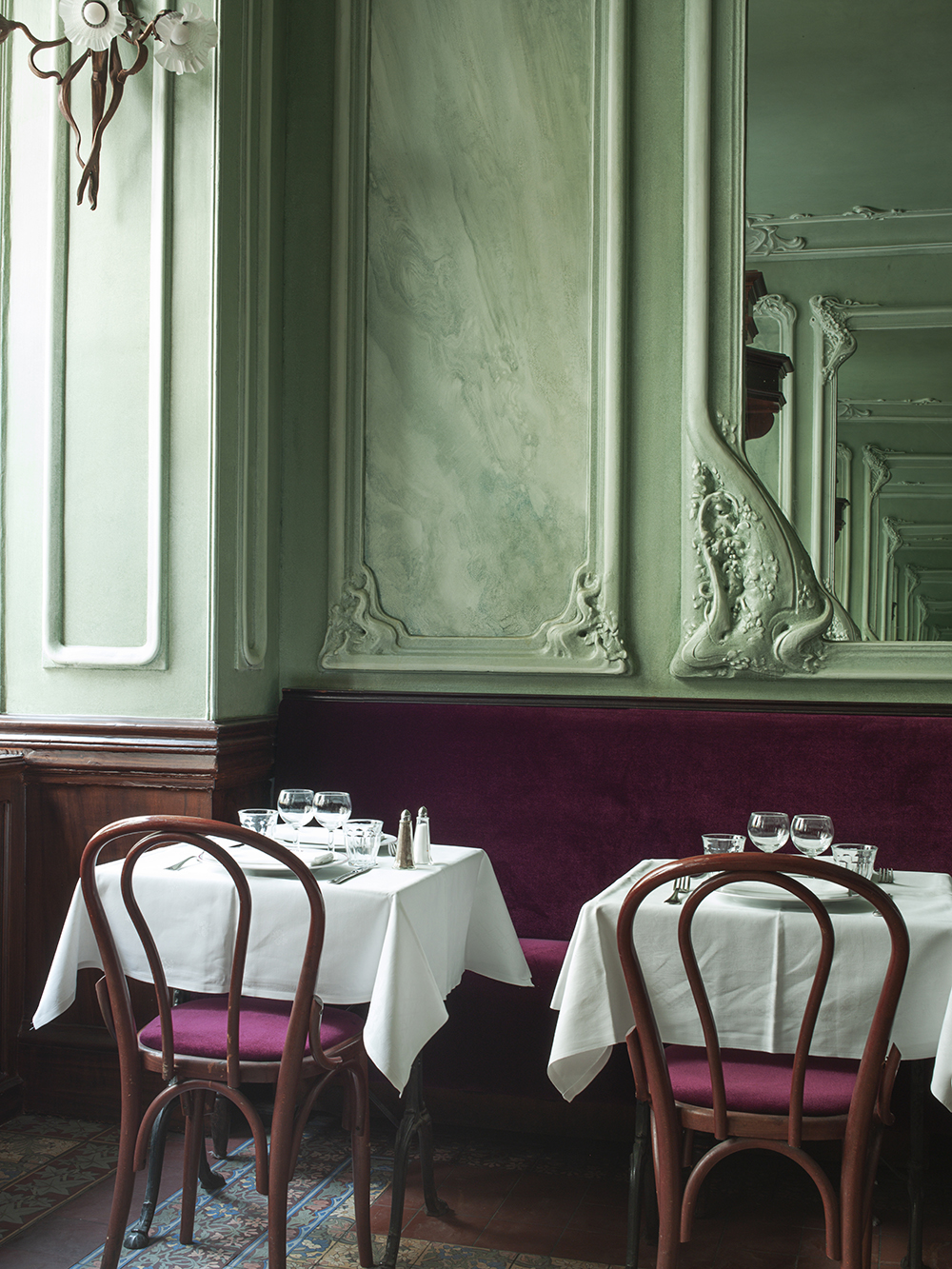 London-based designer John Whelan lived in Paris for a decade which, of course, doesn’t make him a Parisian, but it does give him an inside perspective.

With that perspective, he’s bravely guiding a series of French bouillons to an intriguingly confusing combination of decay and novelty. 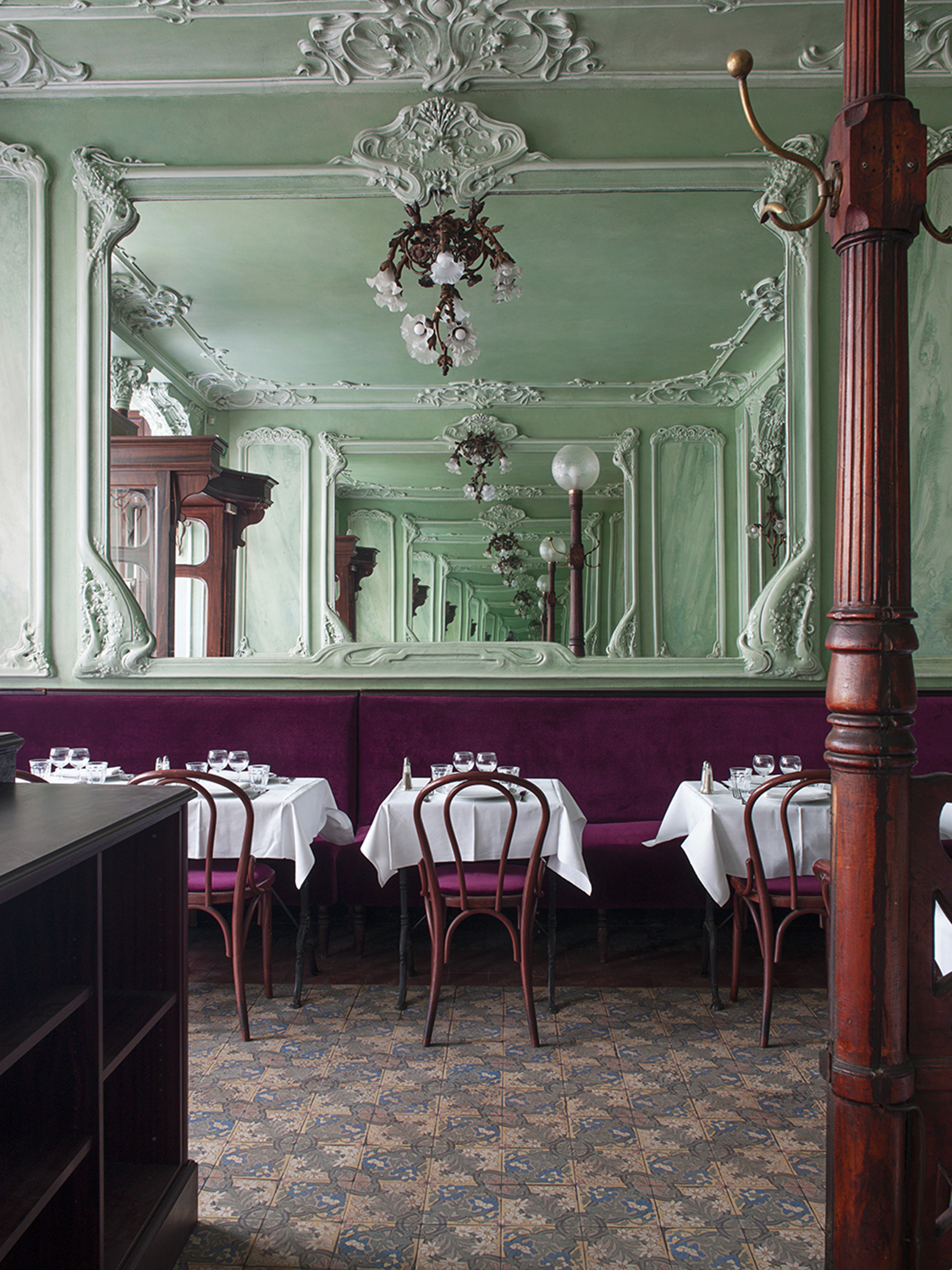 A bouillon used to be a slightly less-expensive brasserie, an everyman’s version of the important centre of social life, culture and culinary enjoyment. 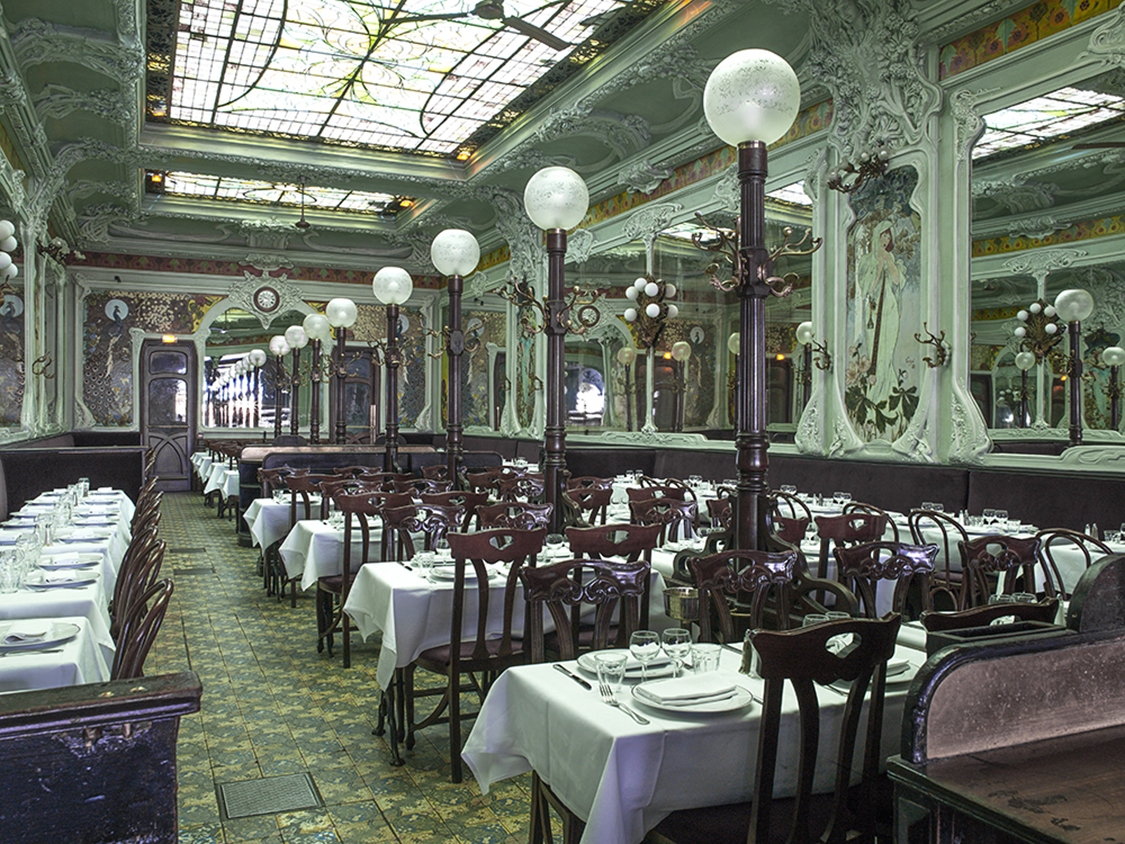 Bouillon Julien in Paris is Whelan’s take on how it would feel if you ‘descended into a hallucinogenic fish tank’, as he has been quoted as describing the restaurant.

The restaurant is a true Parisian landmark, located on Rue du Faubourg Saint-Denis, and yes, the interior is crazy. 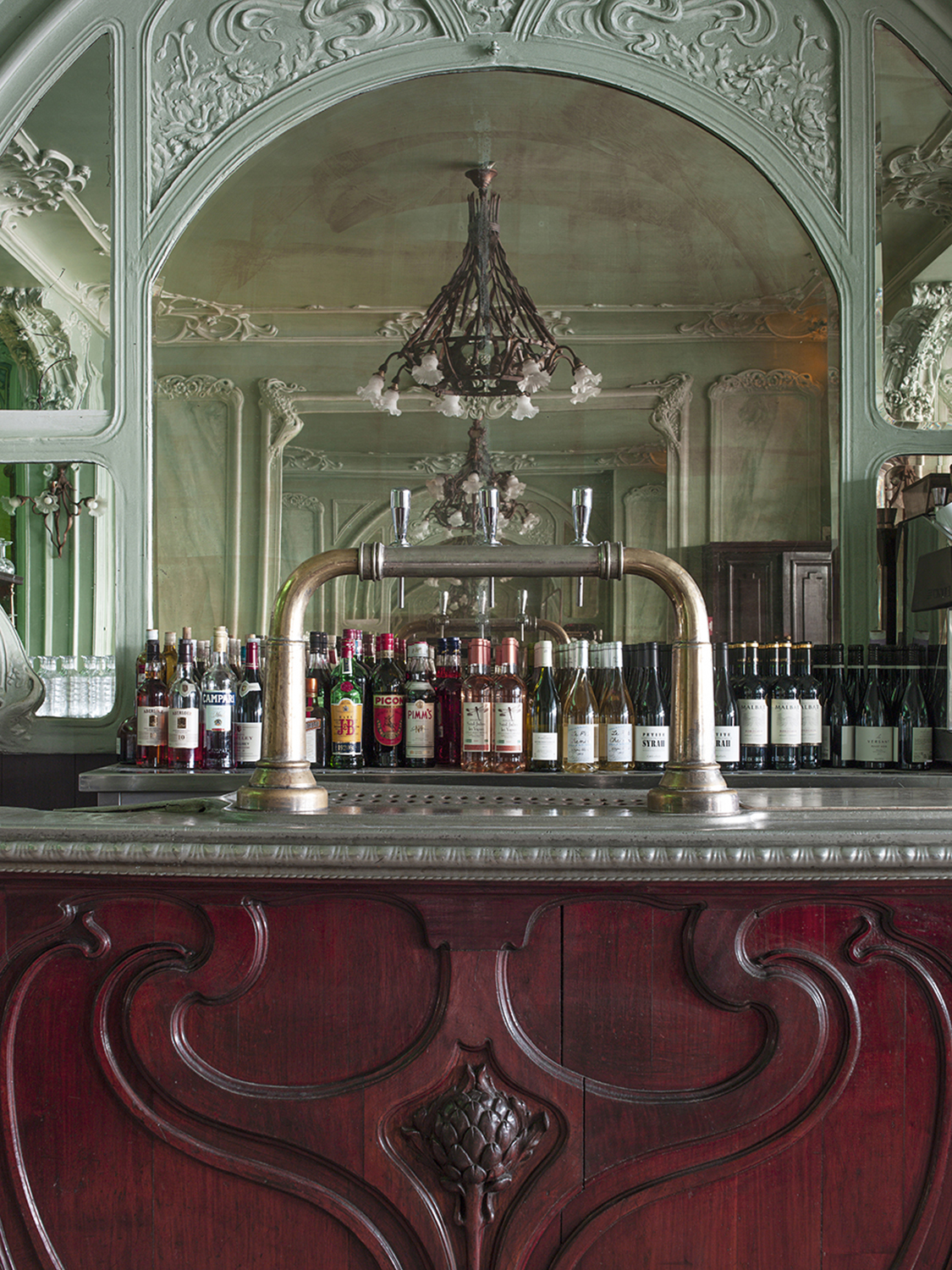 The strange, faded colours, disparate decorative elements and supremely ugly carpeting all add to a sense of time-earned chaos.

But what we love most is its lovely feel of decay, of being a slightly unkempt backdrop for dramatic lives lived, poems recited, chansons sung and champagne drunk. It’s all a bit too much, yet you wouldn’t want to take anything away from it. 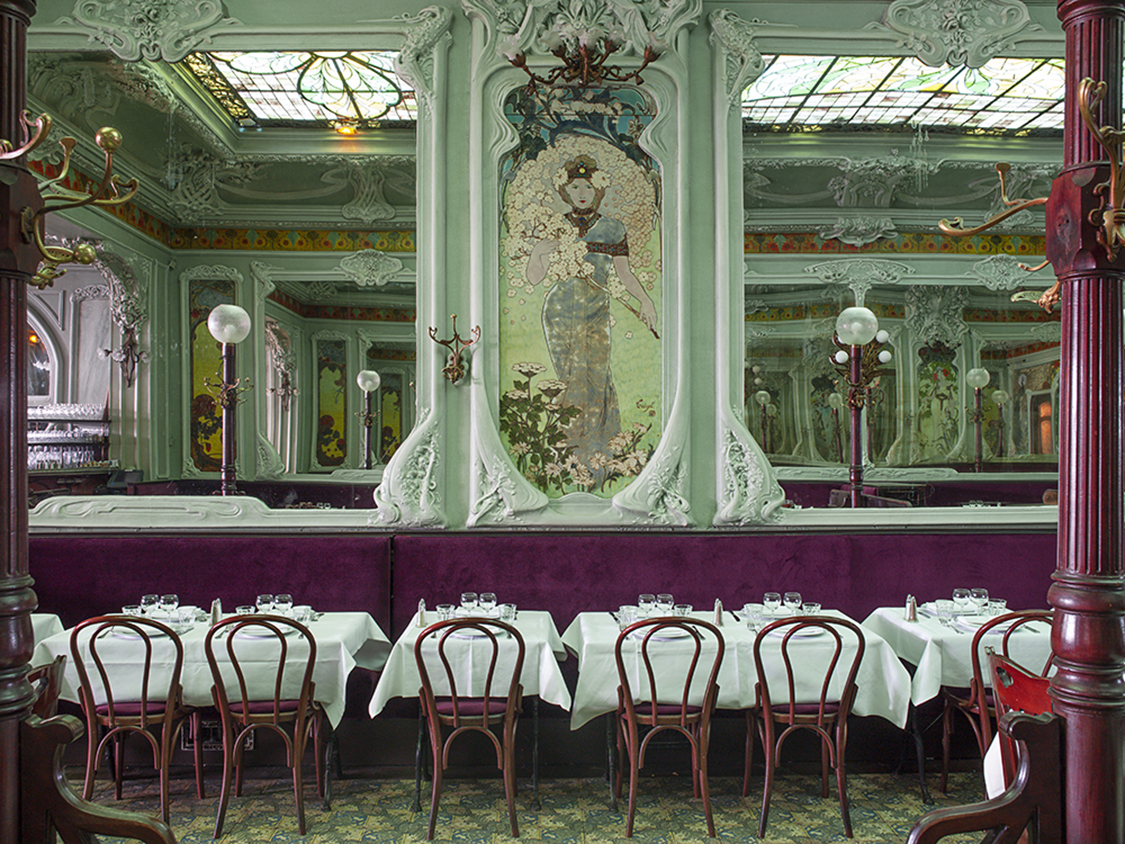 Whelan’s company, The Guild of Saint Luke, is an affiliation of artists, architects and artisans that operates in both Paris and London.

Bouillon Julien is part of a larger deal to renovate 15 brasseries in France, all owned by Les Grandes Brasseries de l’Est. 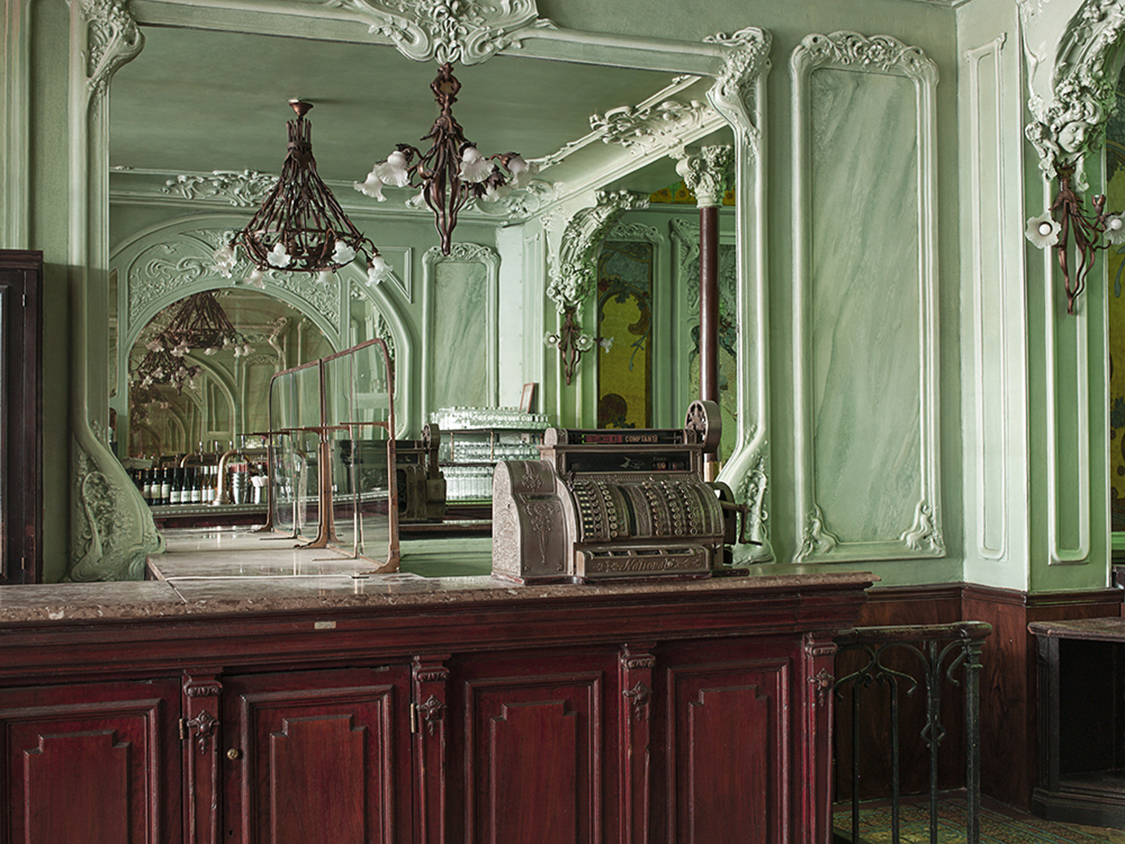 Previously, Whelan’s team has completed the re-imagining of Brasserie Floderer in the 10th arrondissement of  Paris and the Brasserie Excelsior in Reims. Tuija Seipell. 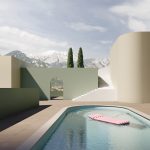