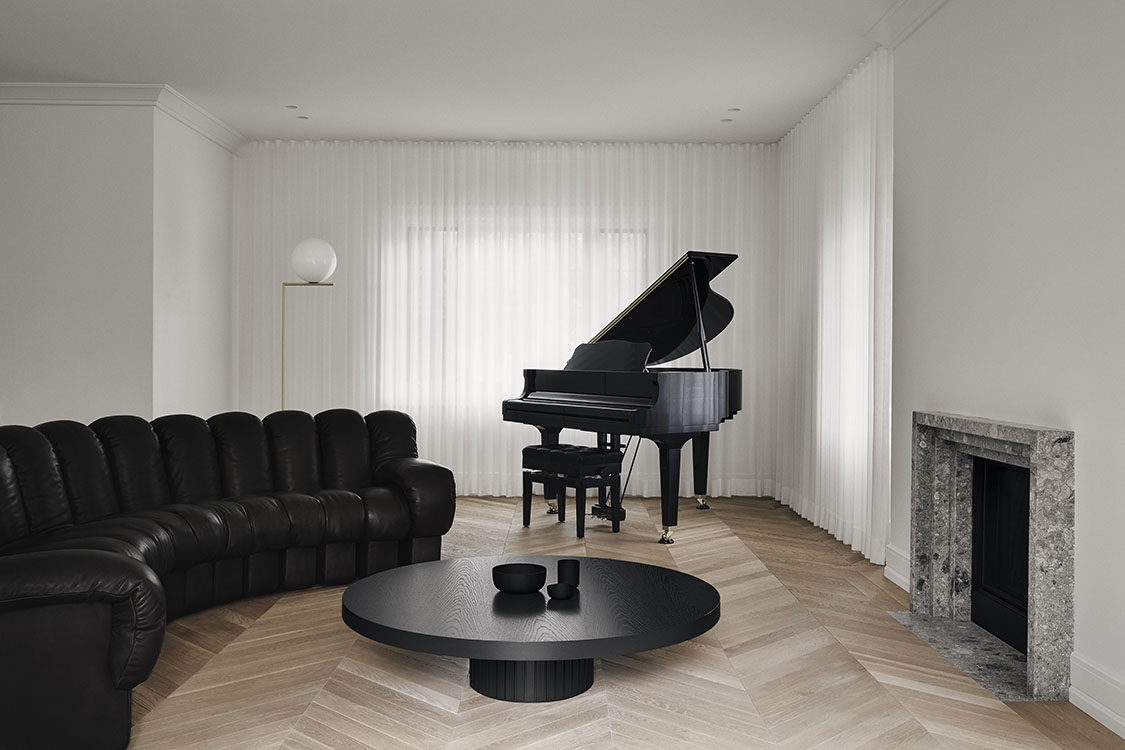 When Cécile Combelle and Antonio Di Bacco came to Montreal from Paris, they had intended to stay for one year. But they liked the city with its French underpinnings and viciously cold winters and decided to stay and established their architecture and design studio Atelier Barda there in 2012.

They have since created numerous elegant projects for both residential and commercial clients. A recent residential project, Résidence Portland, was created for a young family of creative entrepreneurs. 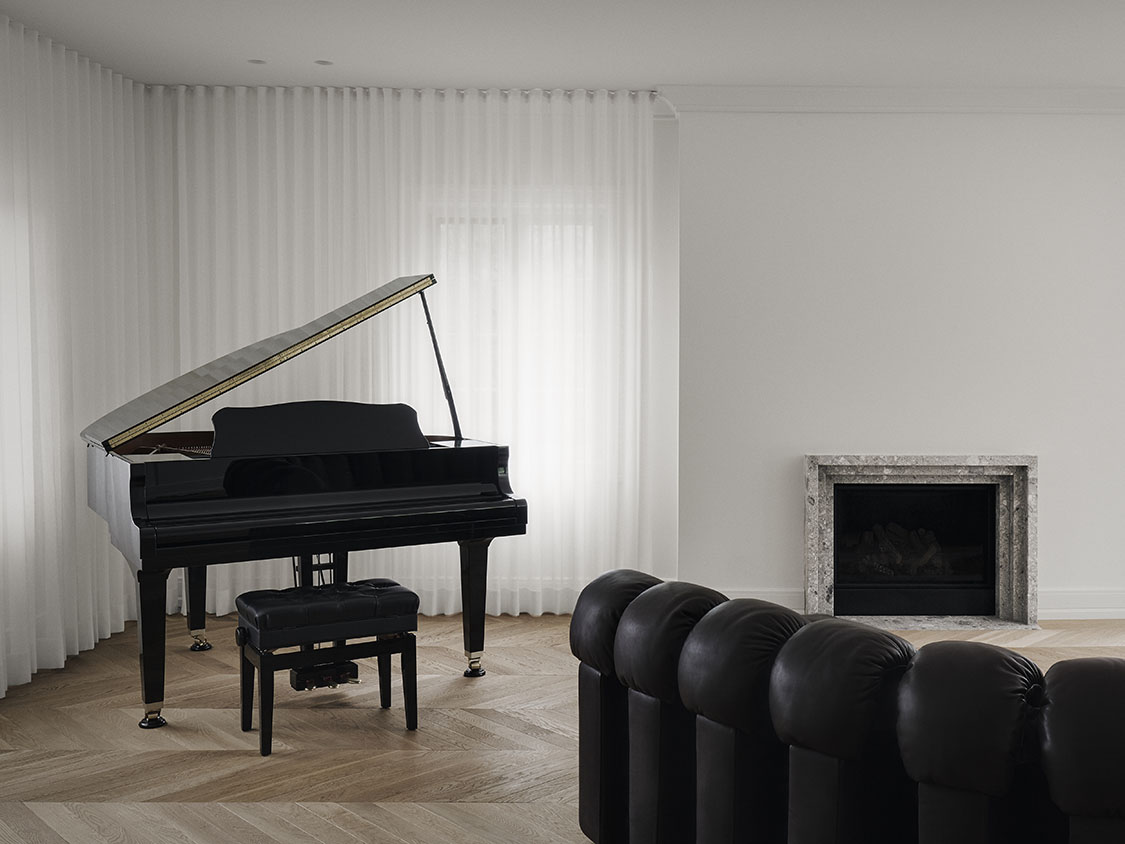 Three-story, 3000 square-foot (279 sq.ft) stone house is located in the town of Mount-Royal, an affluent town located on the island of Montreal and completely surrounded by the city of Montreal. In 2008, just a few years before its 100th birthday, most of the town of Mount Royal was designated a National Historic Site of Canada as an example of a planned city with the synthesis of several urban renewal movements of the early 20th century including City Beautiful, Garden City and Garden Suburb movements. It is often described as a model city as it was planned as a whole by landscape architect Frederick Gage Todd in 1914 and built in three 20-year phases until the mid-1970s. 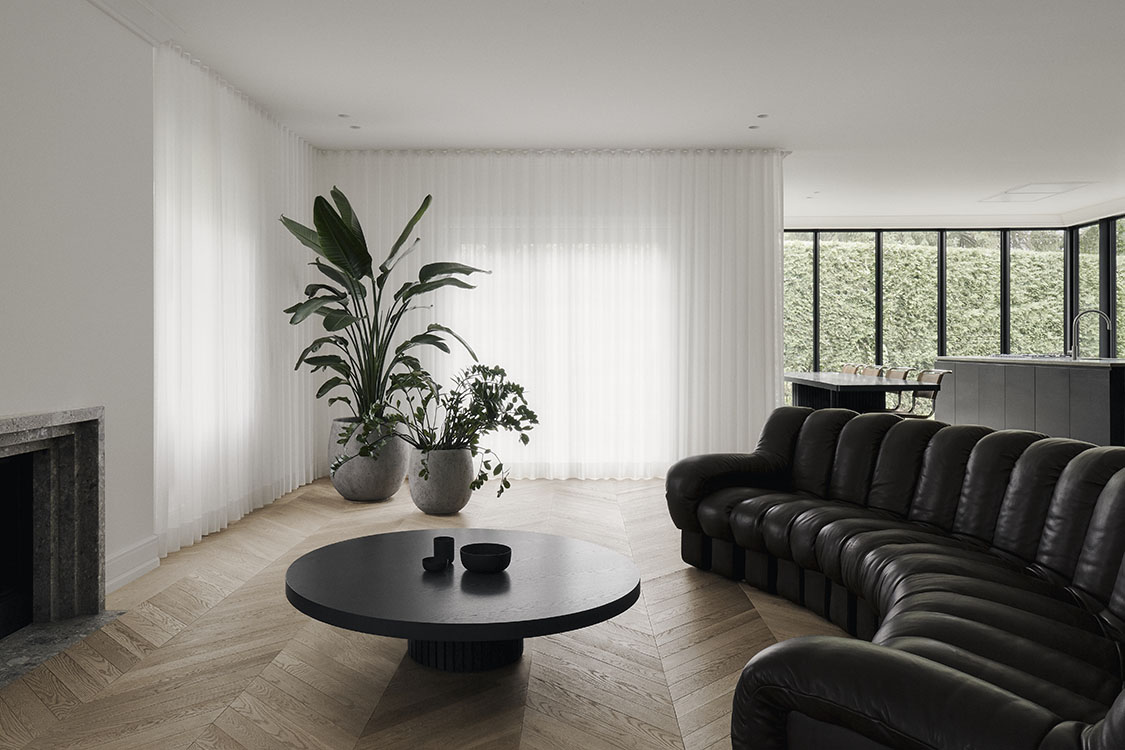 The house was not in its original configuration as an earlier extension, a veranda, had already been added years ago. “We completely redesigned it and integrated it as part of the ground floor that is now the kitchen and dining space,” Barda designer François Olivier Gouriou explains to The Cool Hunter. 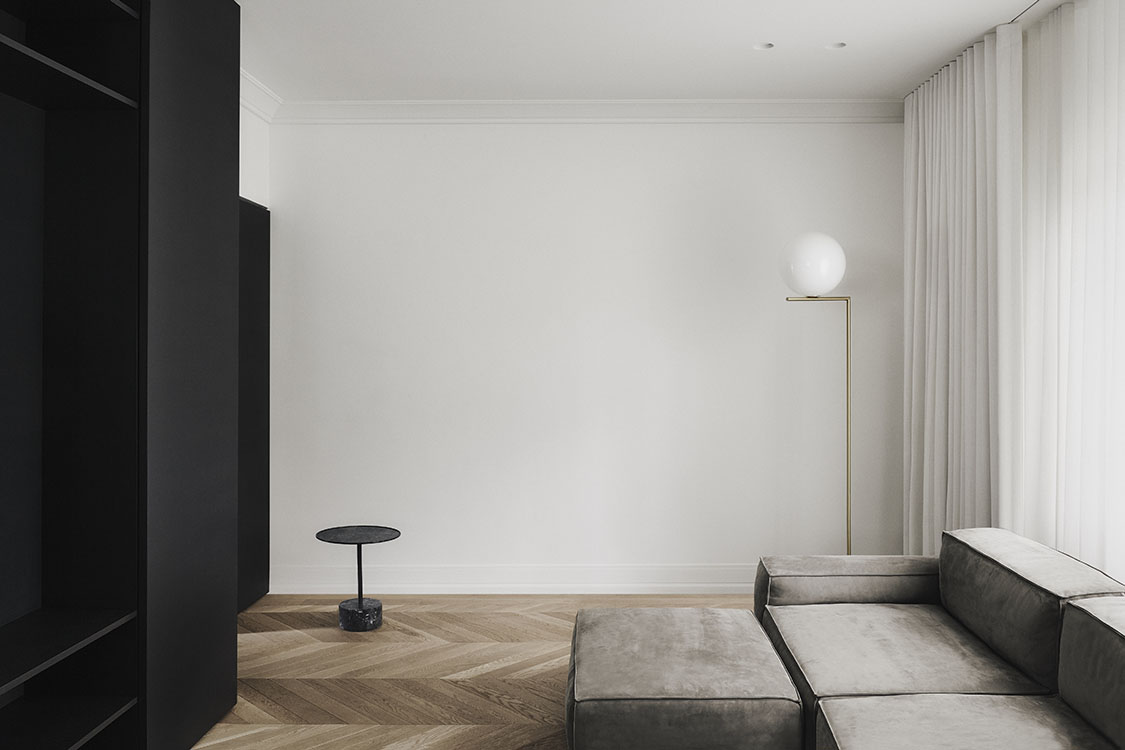 To connect the three levels of the house, Barda created a “black box”, a central service area around which family life revolves. It includes a closet and a powder room, additional kitchen appliances and equipment, and provides access to the stairs and a bookcase. 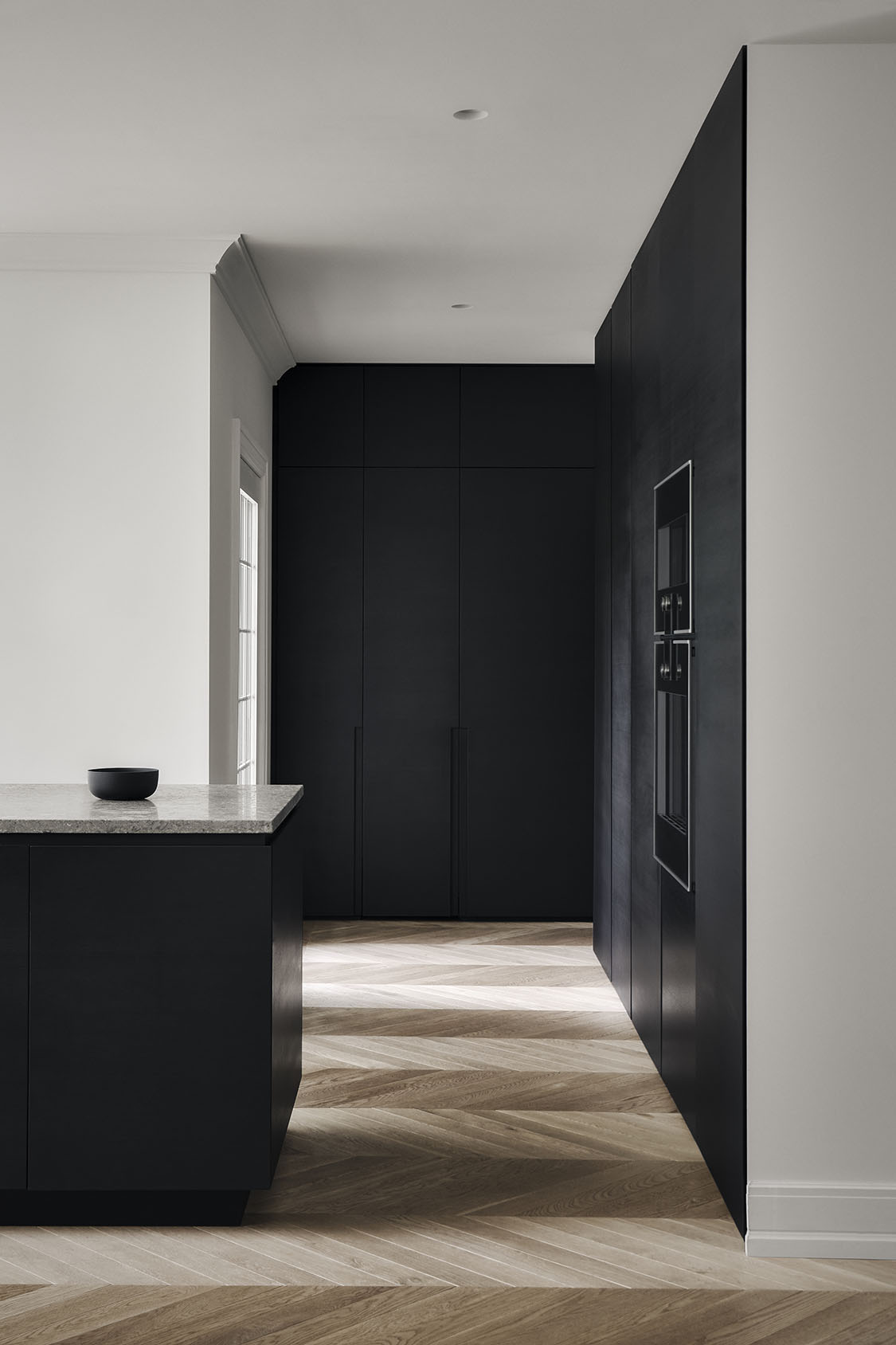 The black box divides the bedrooms from the common areas, such as the entrance hall, living room, family room and kitchen, The dark tones of anthracite oak contrast the box with the lighter materials of the rest of the space. 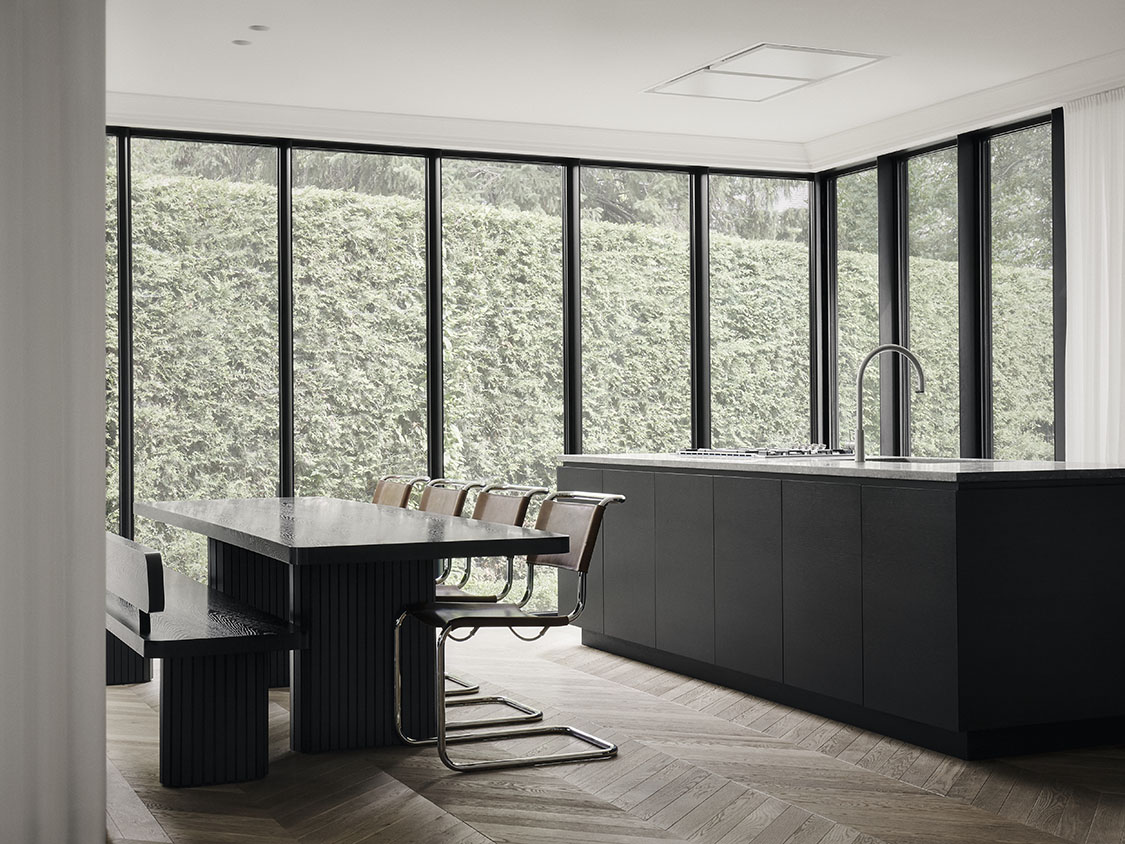 Barda’s furniture design arm, Foraine, designed and produced several pieces of furniture for the house including a solid black-stained, white-oak dining table and bench, and several coffee and side tables. All of the custom furniture is now available on Foraine. 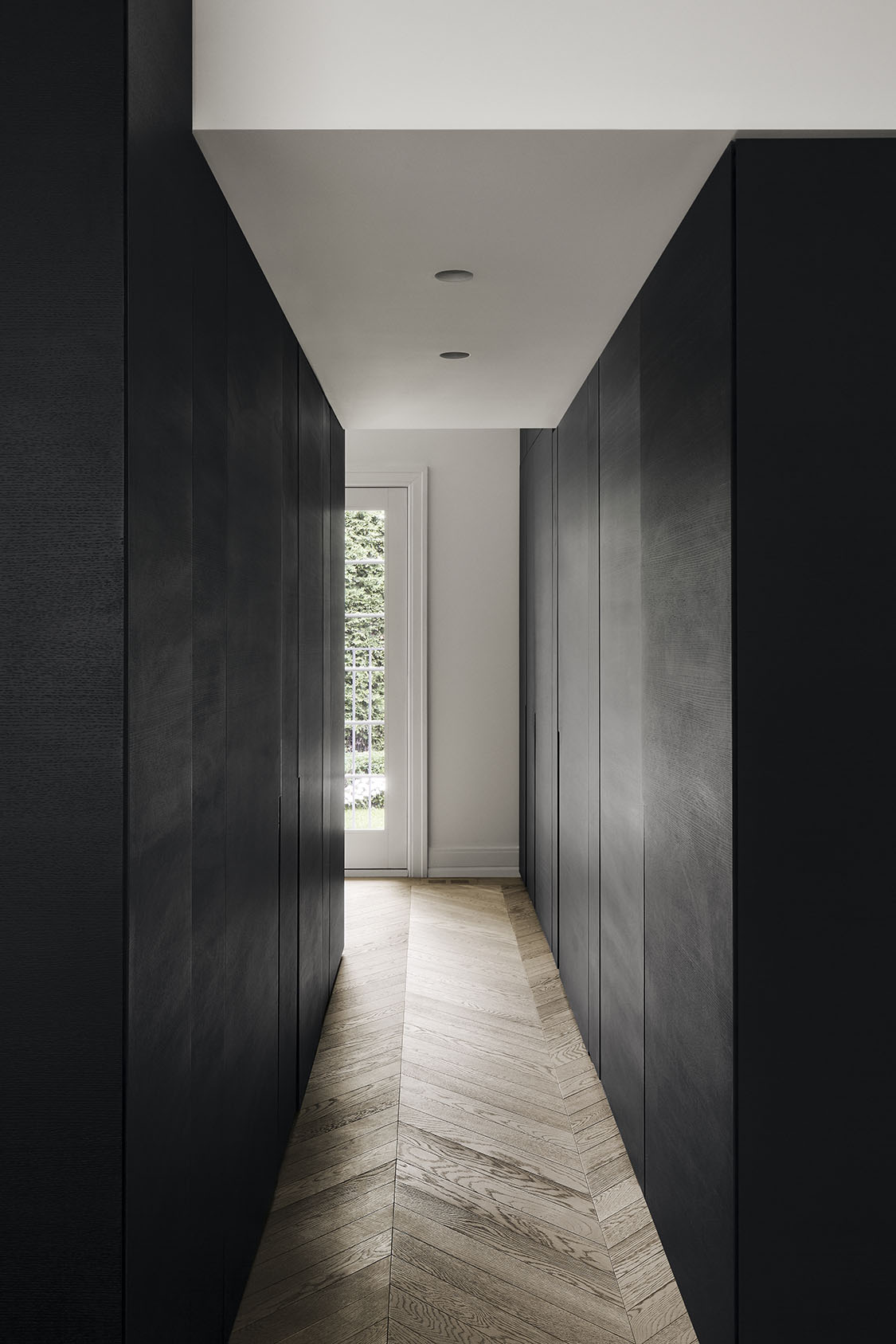 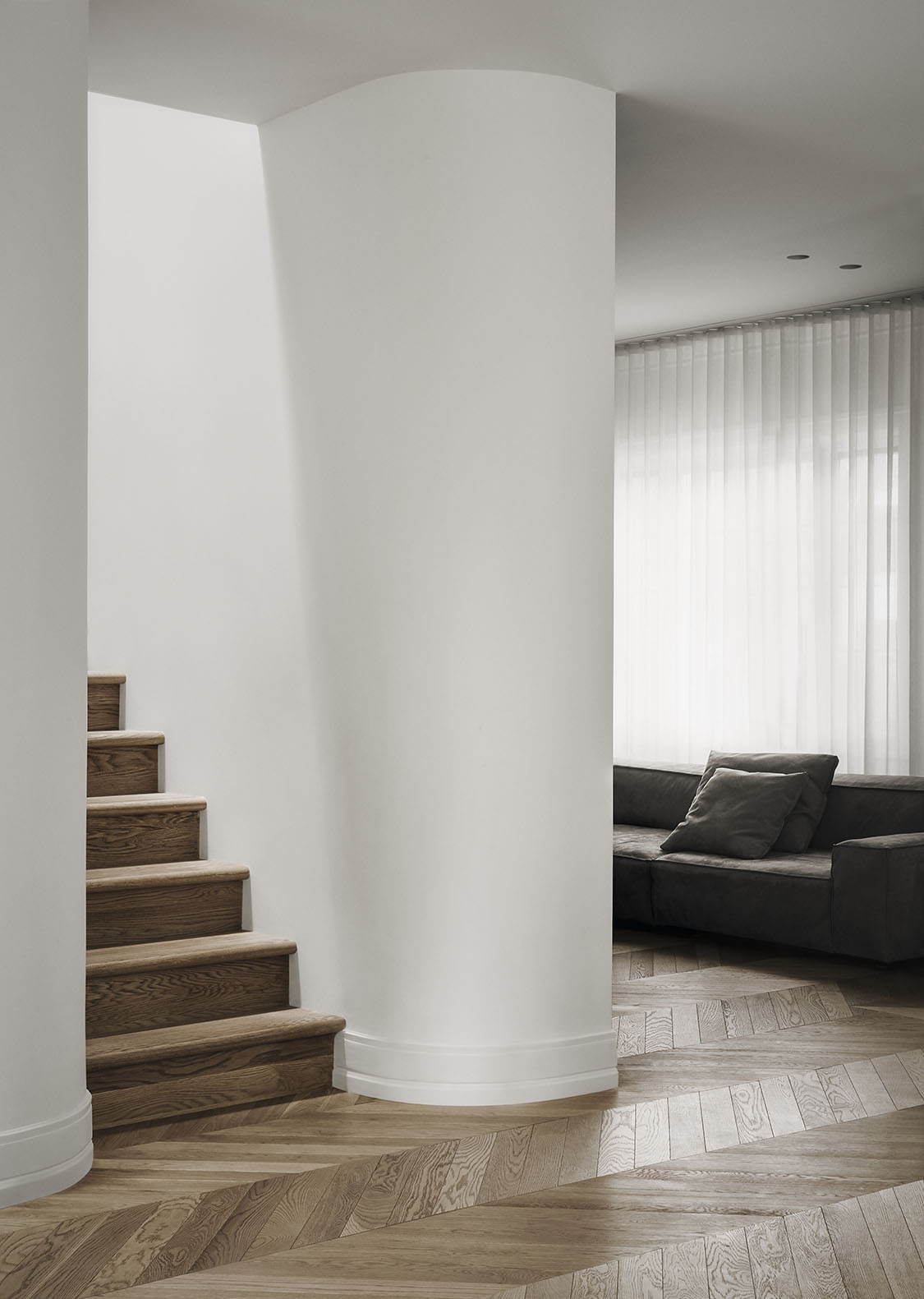 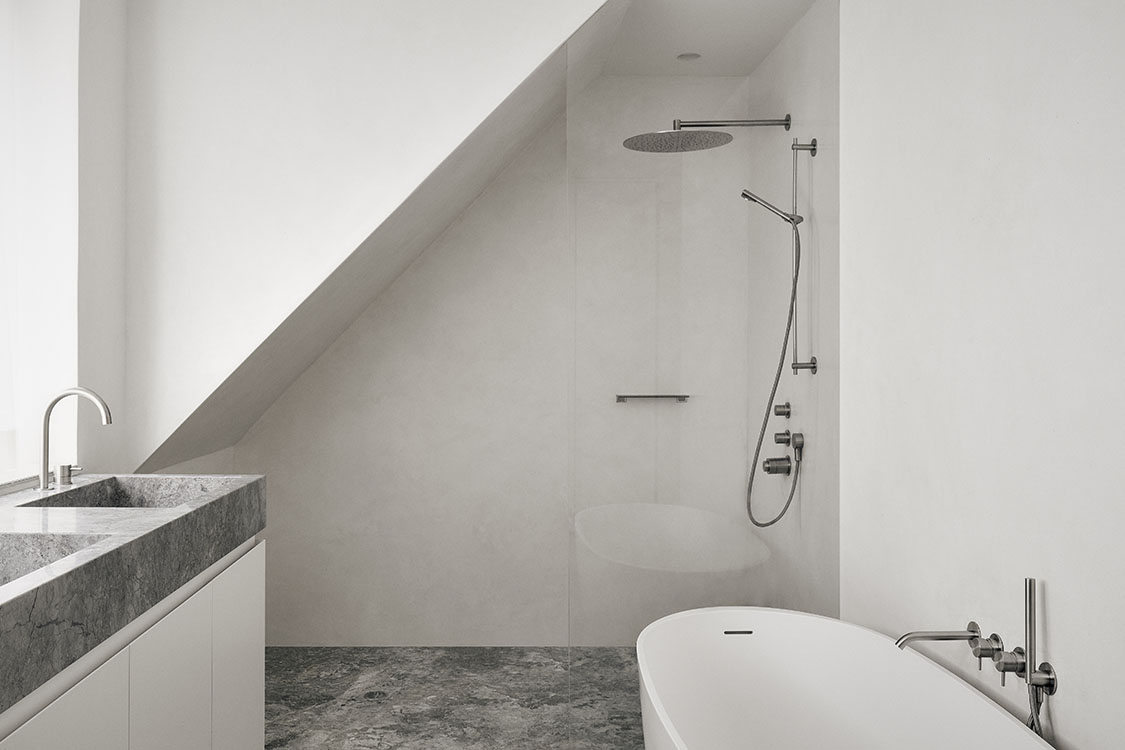 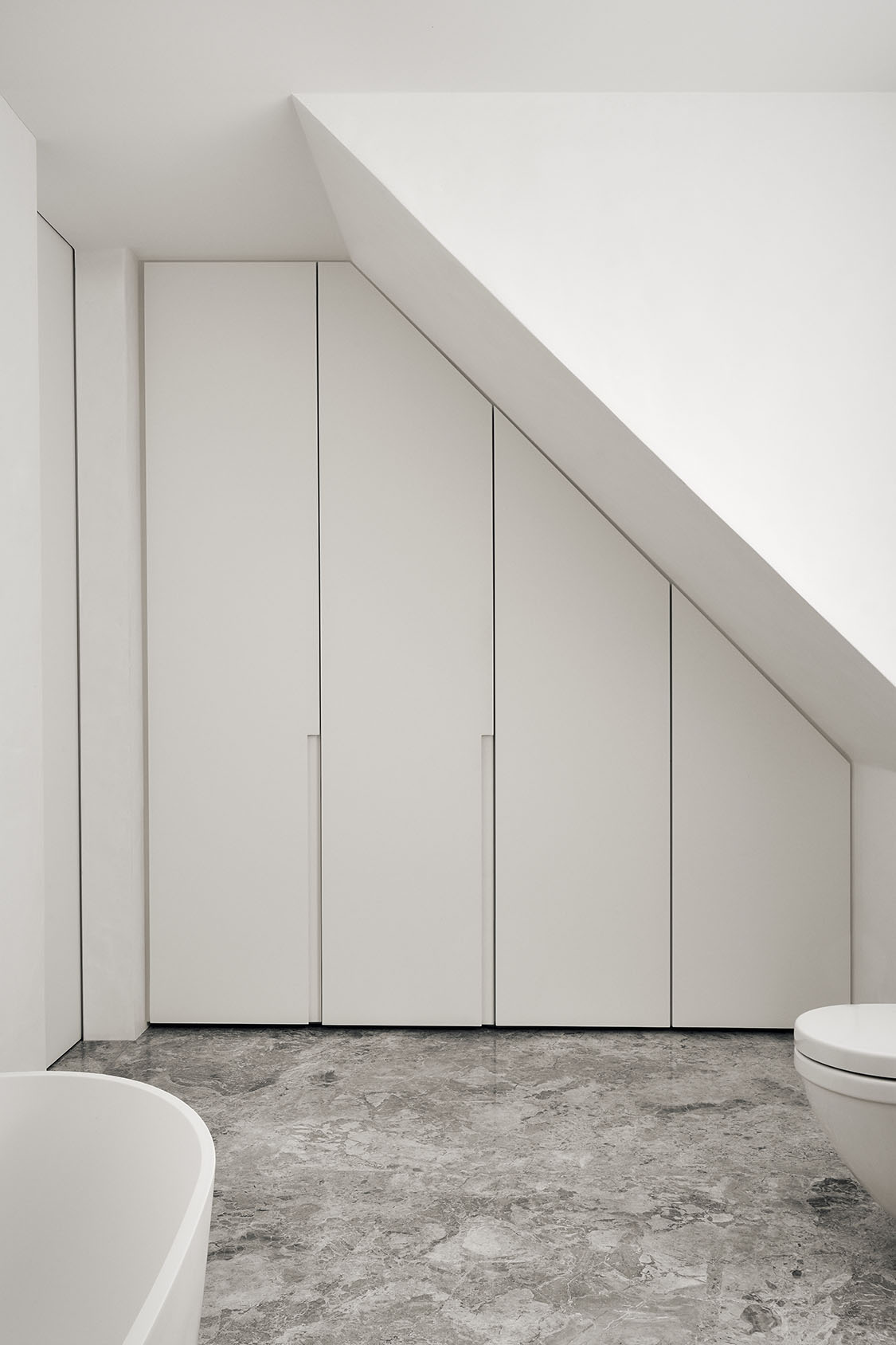