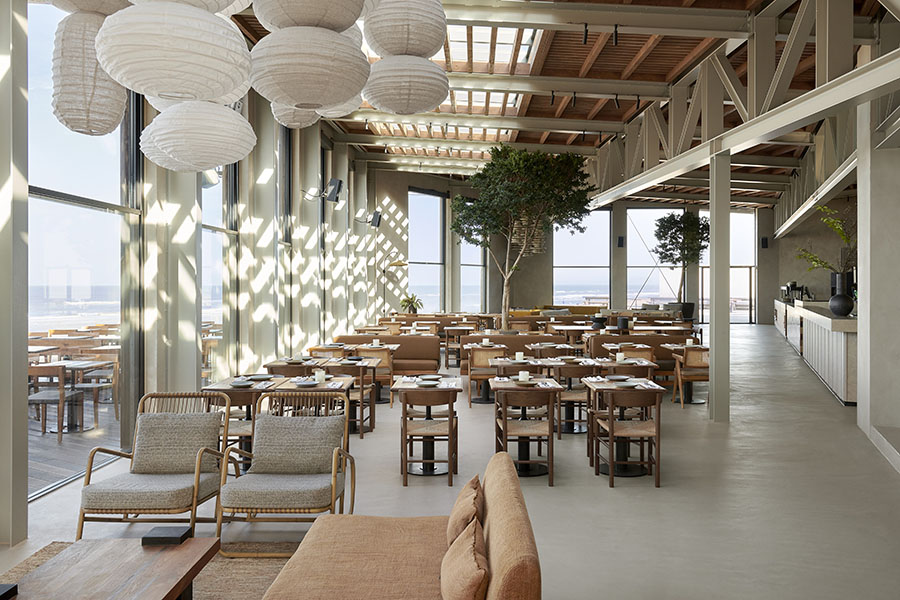 Republiek Bloemendaal is a beach club and event space located in the chic seaside resort of Bloemendaal aan Zee on the Dutch coast, about 30 minutes’ drive from Amsterdam.

A pop-up version of the Republiek has been a popular beach club on this coast since 1999. It was well-known for its Balinese vibe and its large Buddha watching over sunbathers. Three years ago, the owners were given the permission to build a permanent location, and the brand-new permanent Republiek opened last year. 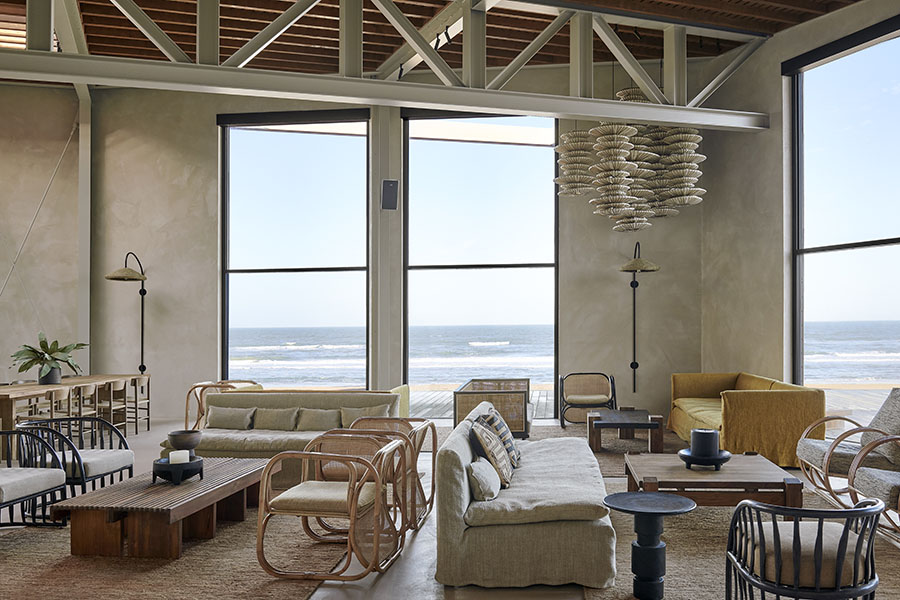 They chose Architectenbureau Heiko Hulsker for the architecture and their go-to interior designer Anne Claus for the interiors of the permanent club premises. Republiek is open every day of the week and has a restaurant and separate private event spaces. 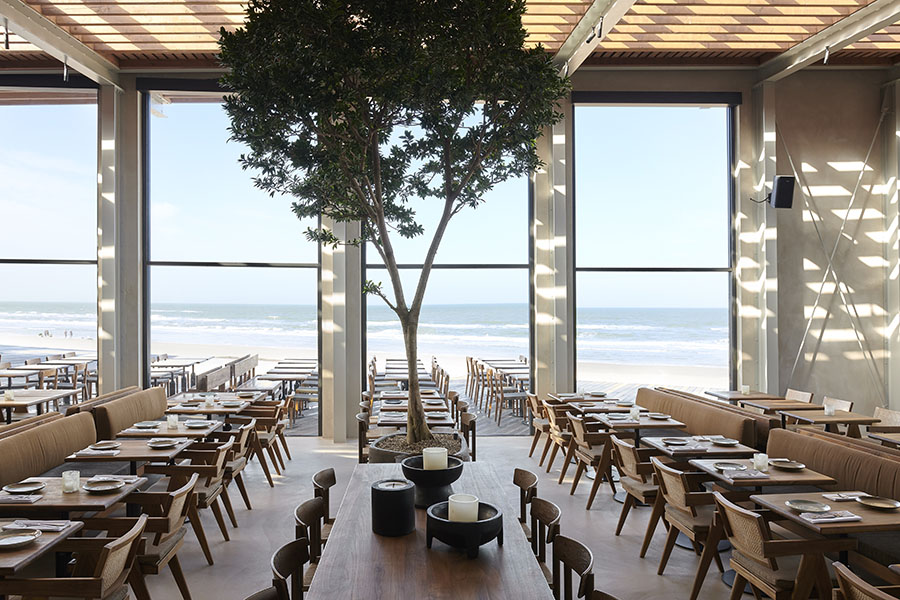 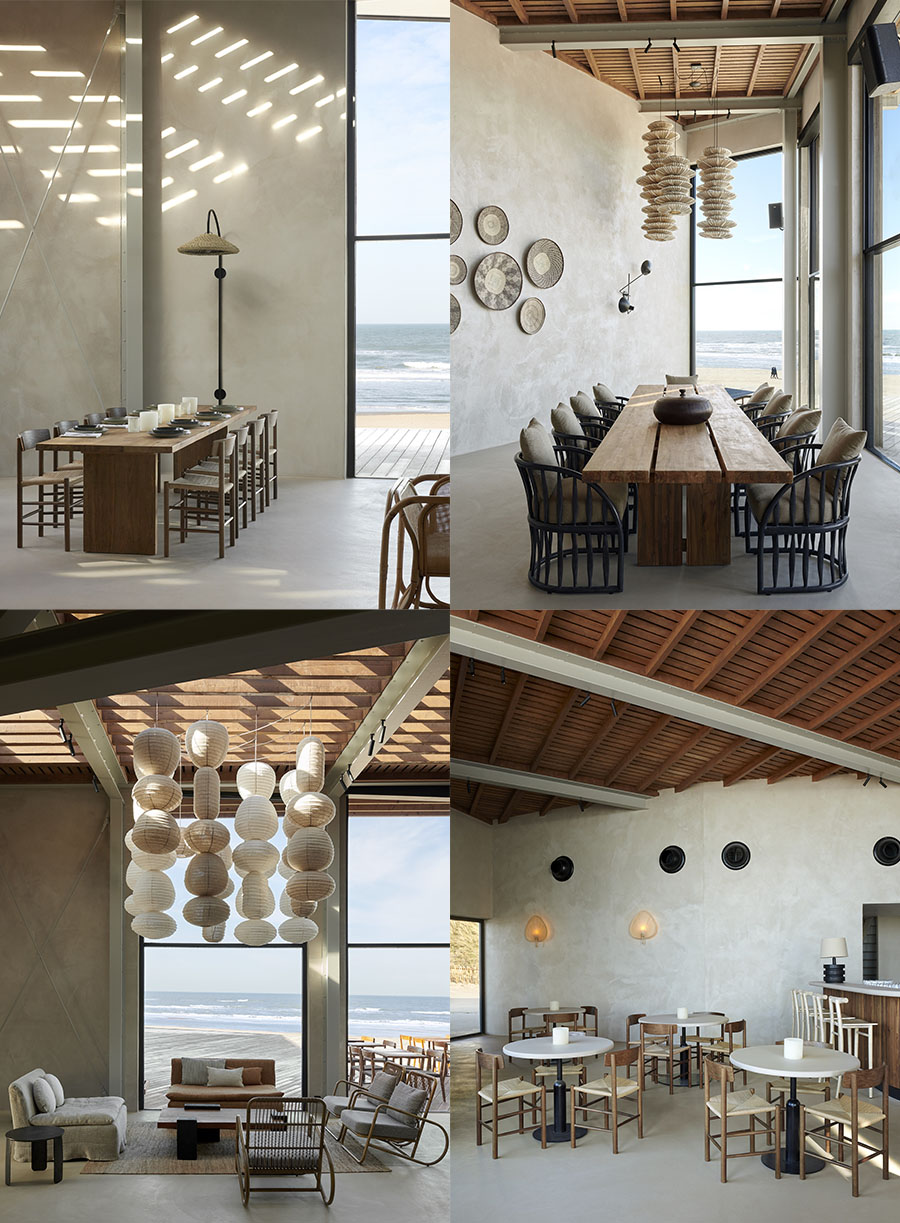 The most prominent feature of the building are the five-metre-high windows that open fully and take advantage of the spectacular, seasonally changing  ocean views. Interior designer Anne Claus describes the goals for The Cool Hunter: “The design of the architect, Heiko Hulsker, was leading in a way that we agreed on an open space and high windows,” she says, “You can see the sea from everywhere you sit and the steel is construction visible in the middle of the space.” 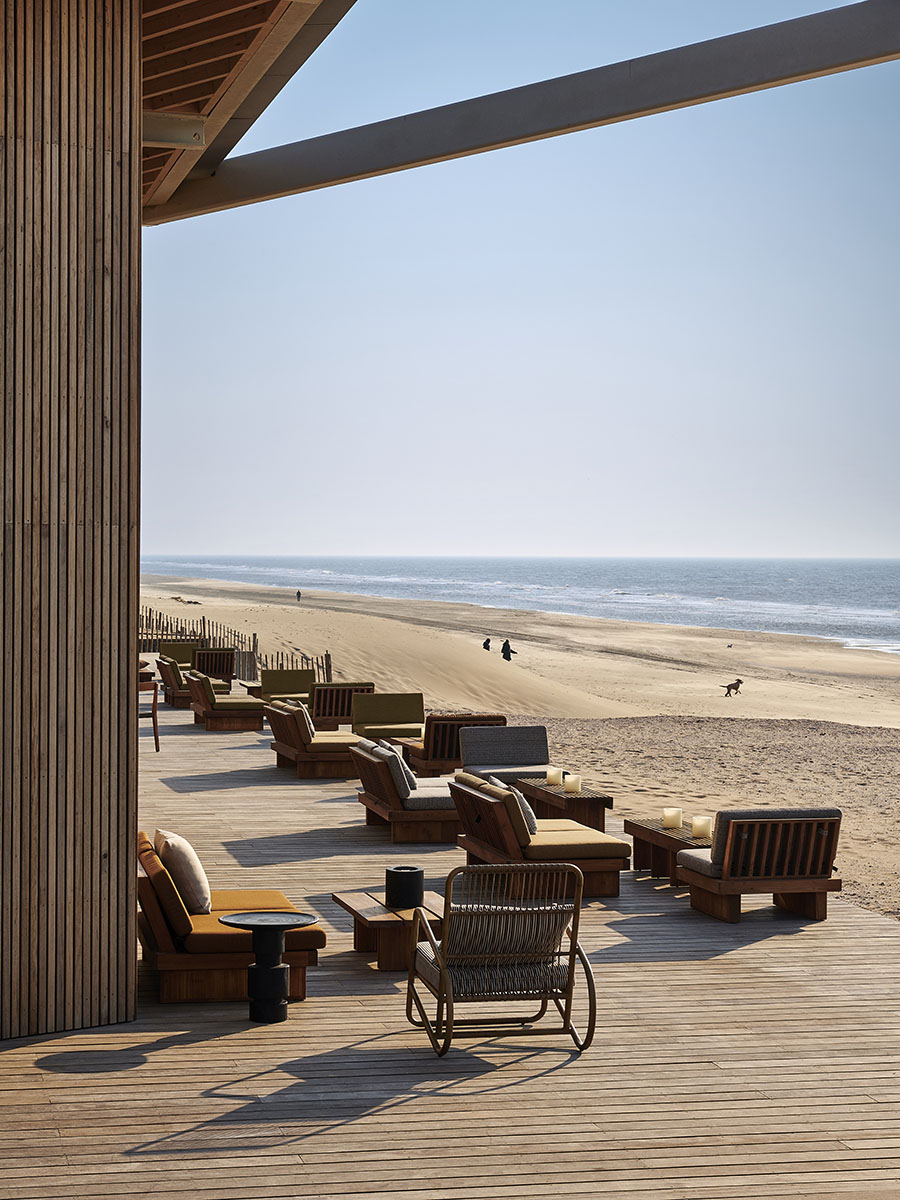 She also says that the clients were very specific about certain things although they also gave her a lot of freedom. “The owners are really into fine dining and excellent wines, they wanted to have the best restaurant on the Dutch coast. They preferred an open-plan kitchen, cooks working on open fires and another bar was needed for wood-oven pizzas. This created the idea of the three bars next to each other with their own identity and own materials. We know each other well, so they gave me a lot of freedom.” 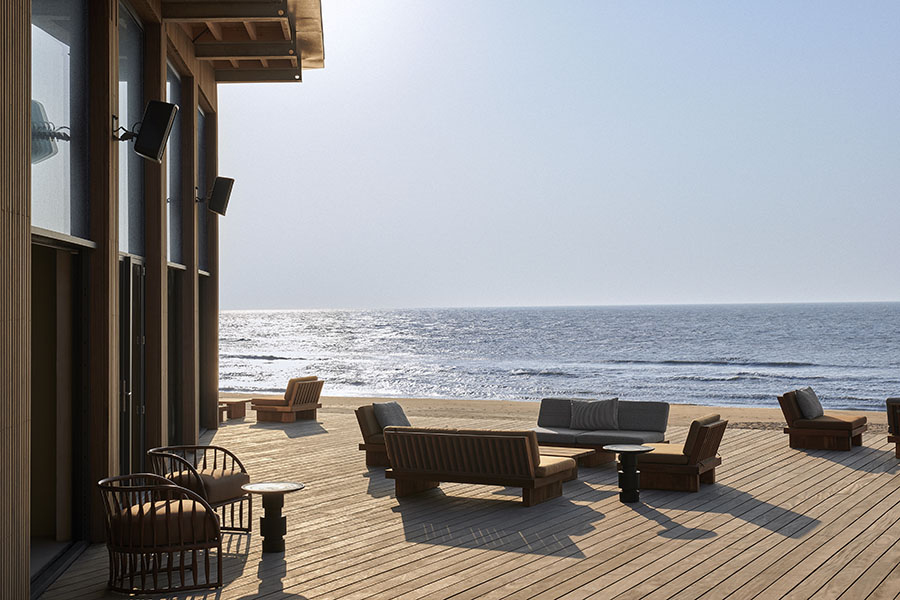 “I wanted to create a very warm and welcome feeling, a strong contrast to the industrial architecture,” she adds. “The plaster against the walls, the teak wooden furniture, the warm colors of the fabrics and so on.”

Most of the furniture , including tables, beds, benches, coffee tables and chairs, was designed in Claus’s studio in Amsterdam and then produced on Java. Some of the products, such as the bamboo chairs and sofas, and the many hanging lamps, were sourced on Bali. 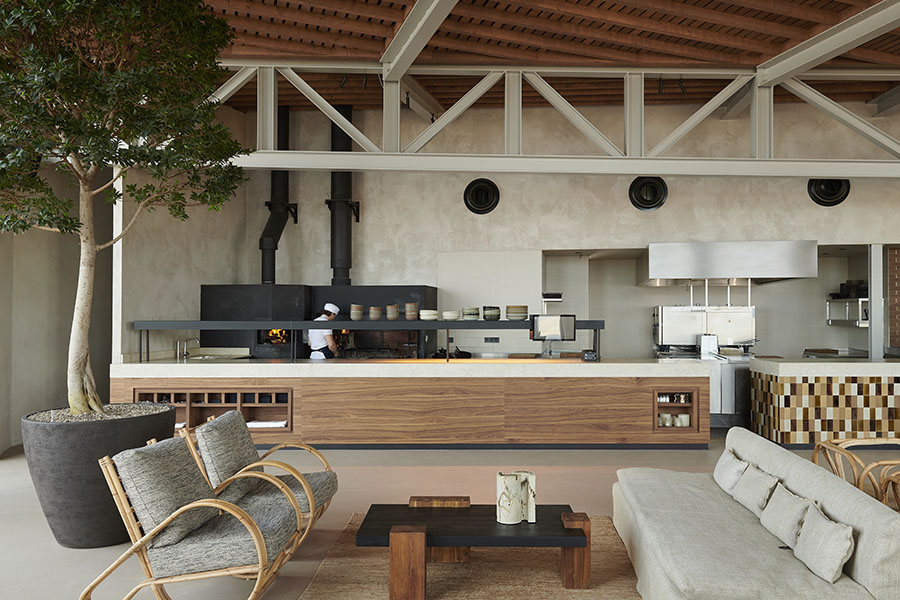 Some made-in-the- Philippines hanging lamps Claus spotted at Maison d’objet in Paris and the linen sofas come directly from France. There are also chairs by the Danish design house Frederica and lamps from Beirut-based PSlab. 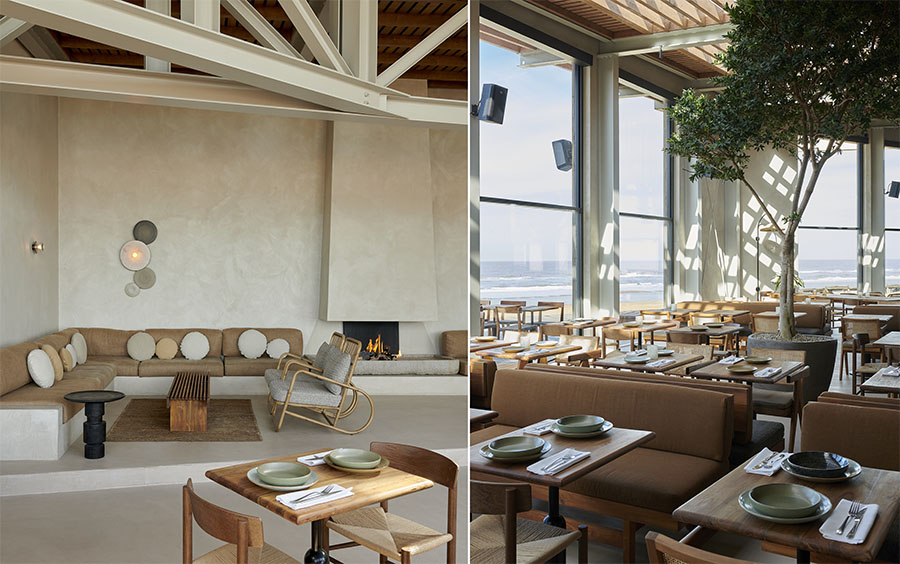 We love the omnipresent view, of course, but the interior is elegantly balanced while still retaining some of the rustic Balinese vibes. The natural material palette and the muted colour scheme balance the strong architecture, just as Claus intended. Tuija Seipell 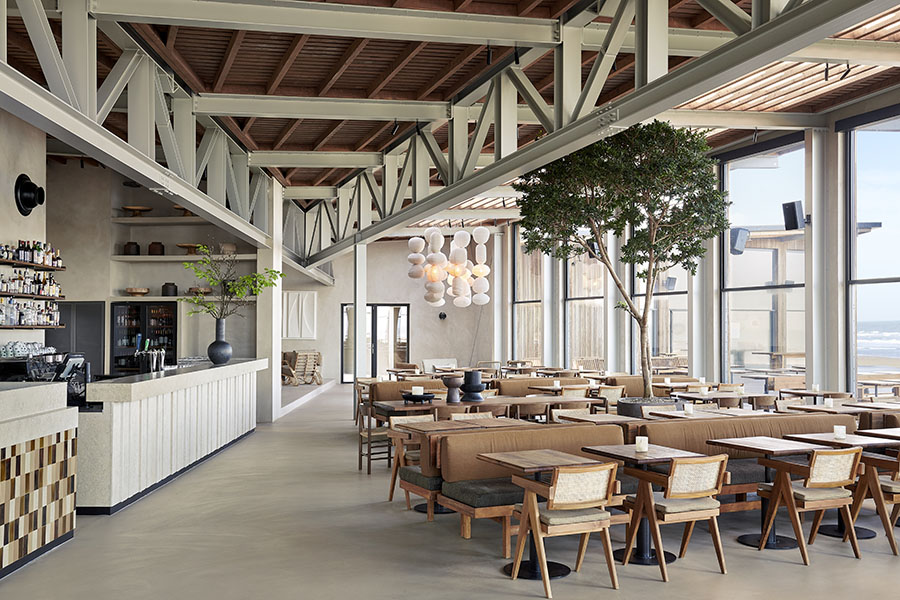