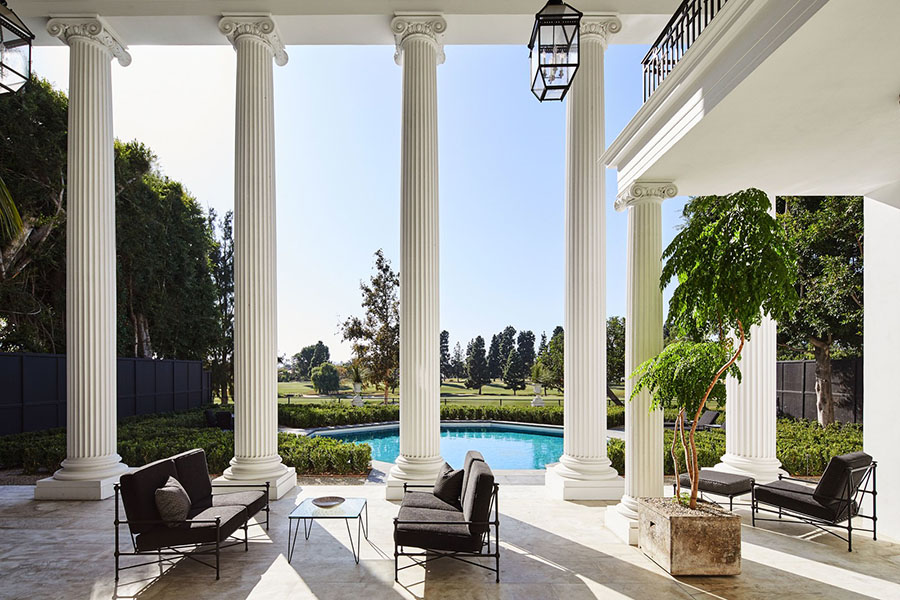 Hancock Park in central Los Angeles is a neighbourhood known for its distinctive 1920s residences and its famous inhabitants that include past and present Hollywood stars and other celebrities. 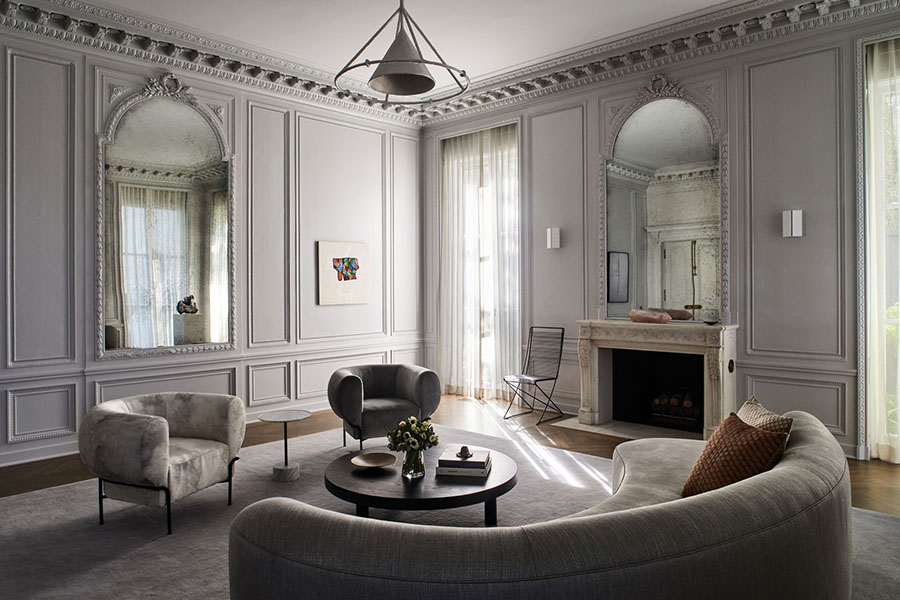 Many of the mansions were designed by Wallace Neff, architect to the elite and the famous, who is often referred to as the creator of the “California” style of architecture during Hollywood’s Golden Age. He was inspired by the Mediterranean style and designed several houses also in Chapman Woods, Beverly Hills and San Marino, but he wasn’t bound to one particular style. Tudor, Greek Revival and Regency were equally present in his work. 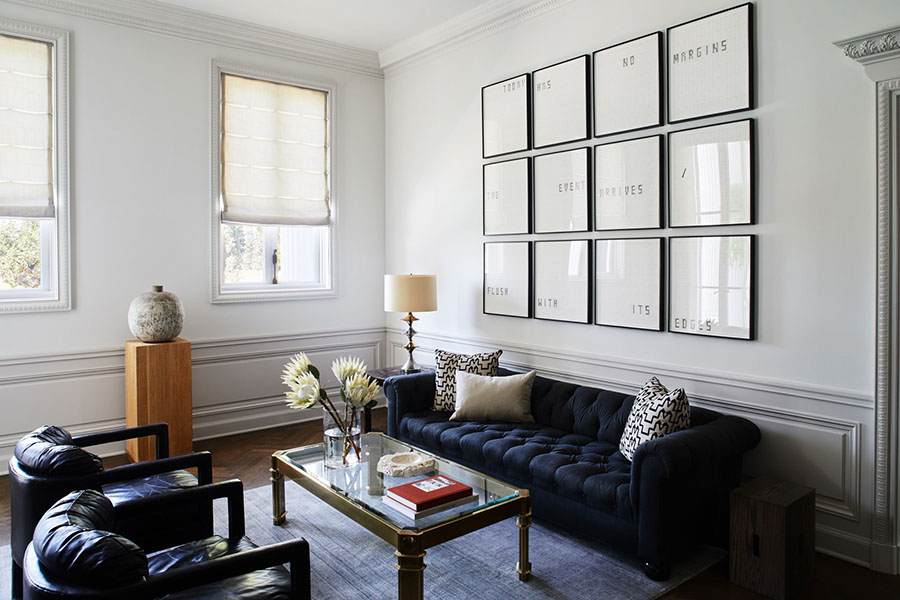 Recently, TV executive and producer Patrick Moran and his partner, writer Jordan Budde, took on the task of having one of Neff’s fairly run-down French neoclassical mansions from the 1960s updated and restored. Moran is a design enthusiast who has had 10 houses renovated in the past 22 years, including a 1920s residence in Hancock Park. 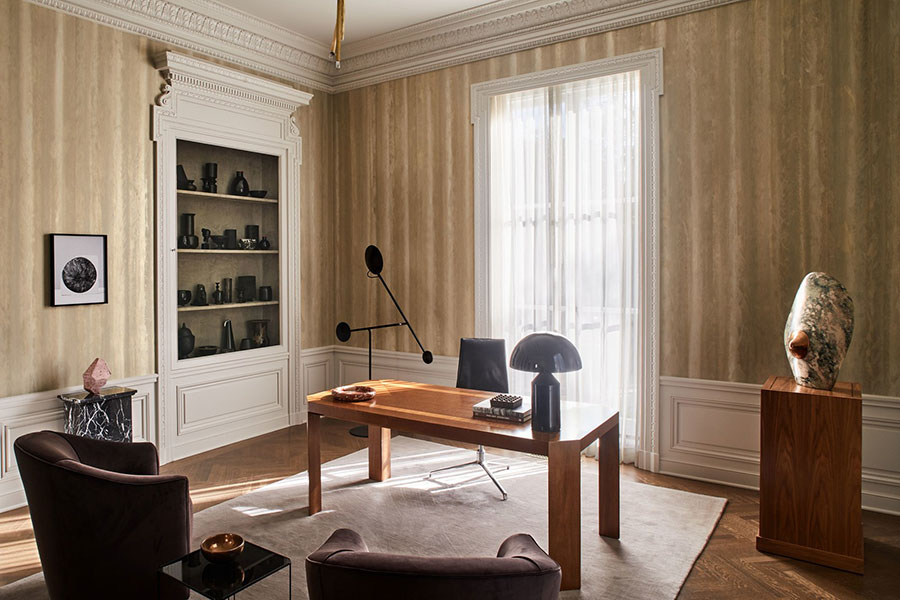 Moran’s most recent house project was originally built for Ralph. J. Chandler, a nephew of Los Angeles Times publisher Harry Chandler. Neff took his inspiration for the house from the famous Claude-Nicolas Ledoux-designed Pavilion de Louveciennes, constructed in the late 17th century as an addition to the Louis XIV-commissioned Château de Louveciennes. 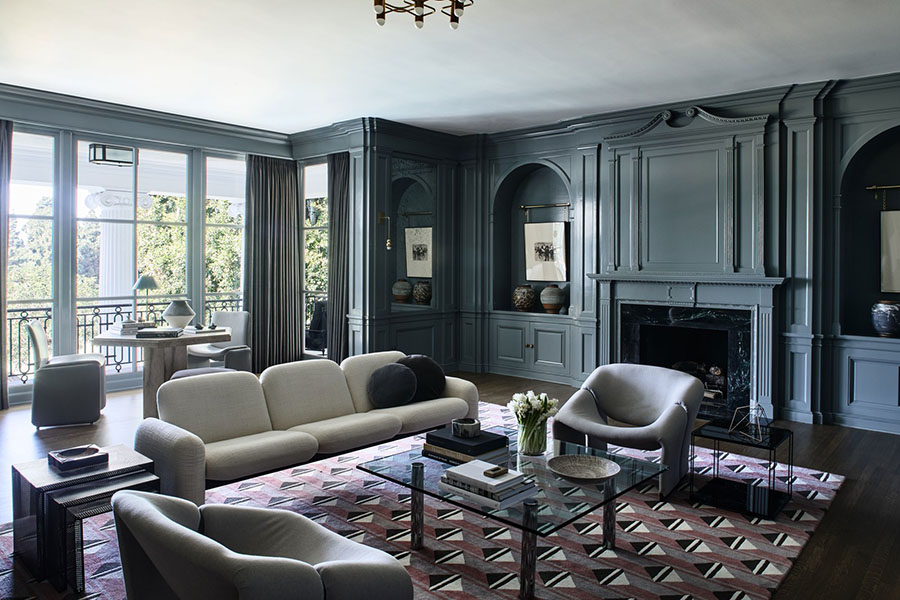 For the architectural and structural part of this project, Moran and Budde selected Evan Braun Design. Interior design was handled by Christos Prevezanos of Studio Preveza who has worked with the couple before. 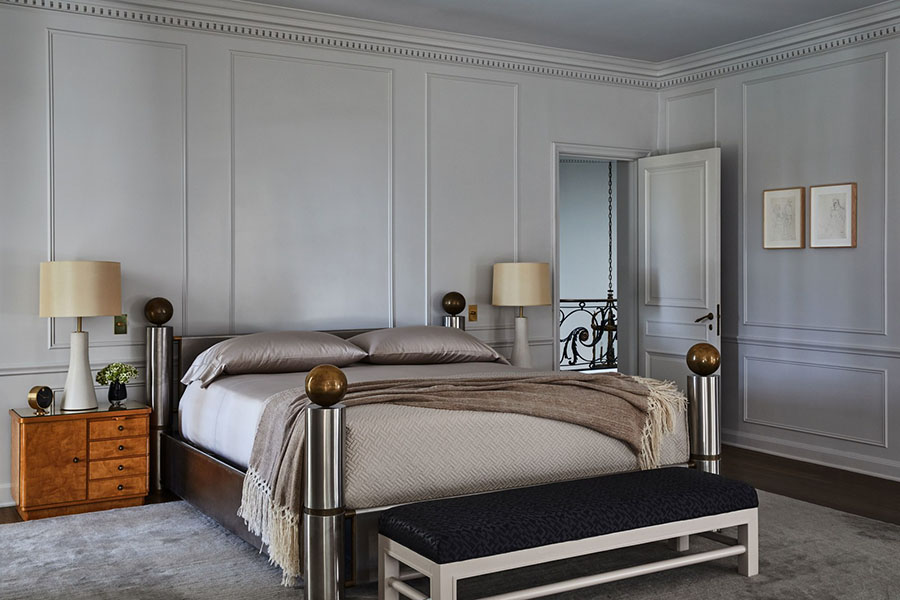 The house was grandiose, fussy and over-decorated so the team focused on opening up the spaces and reducing the embellishments to a balanced minimum that still left the houses pedigree visible. 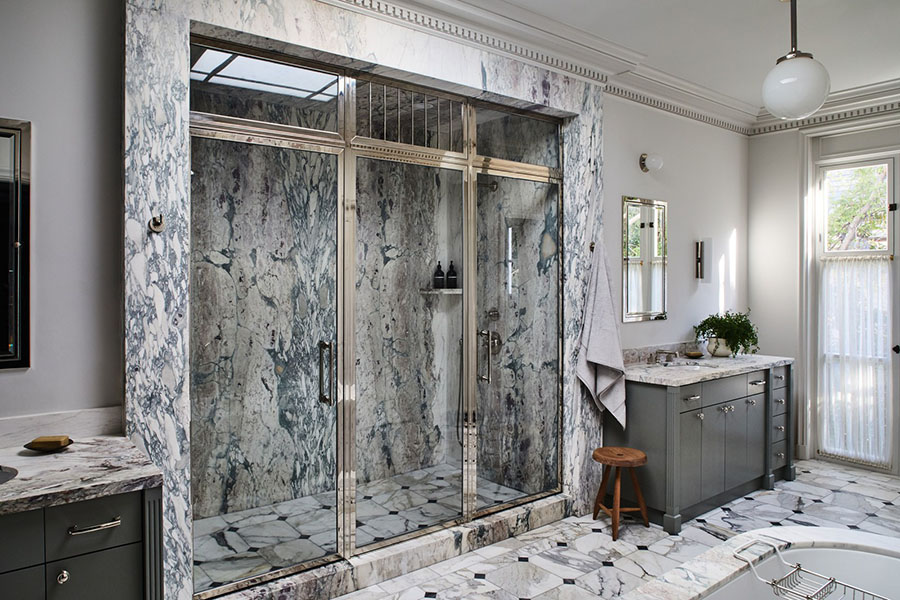 The neglected formal garden with its birdbaths and statues was cleaned up and redesigned by landscape architect Art Luna. It now allows views of the Wilshire Country Club and features the only major addition to the project, an octagonal swimming pool. 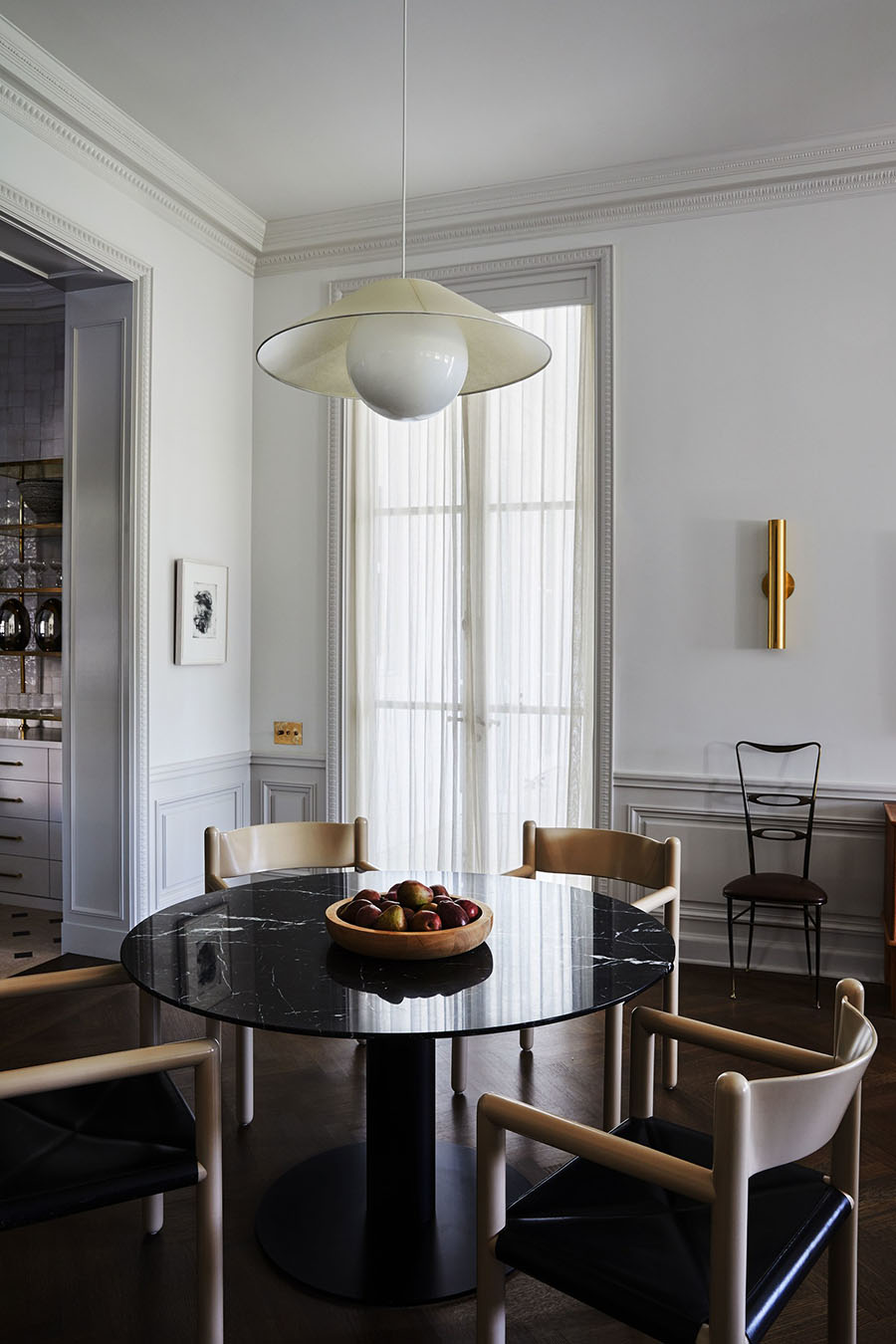 We love the understated balance of traditional and modern that manages to retain the glamour and imposing grandness of the house while adding updated features sparingly. There are no shocks and nothing seems like a prop or a pretentious add-on. This kind of poise is difficult to achieve. Tuija Seipell 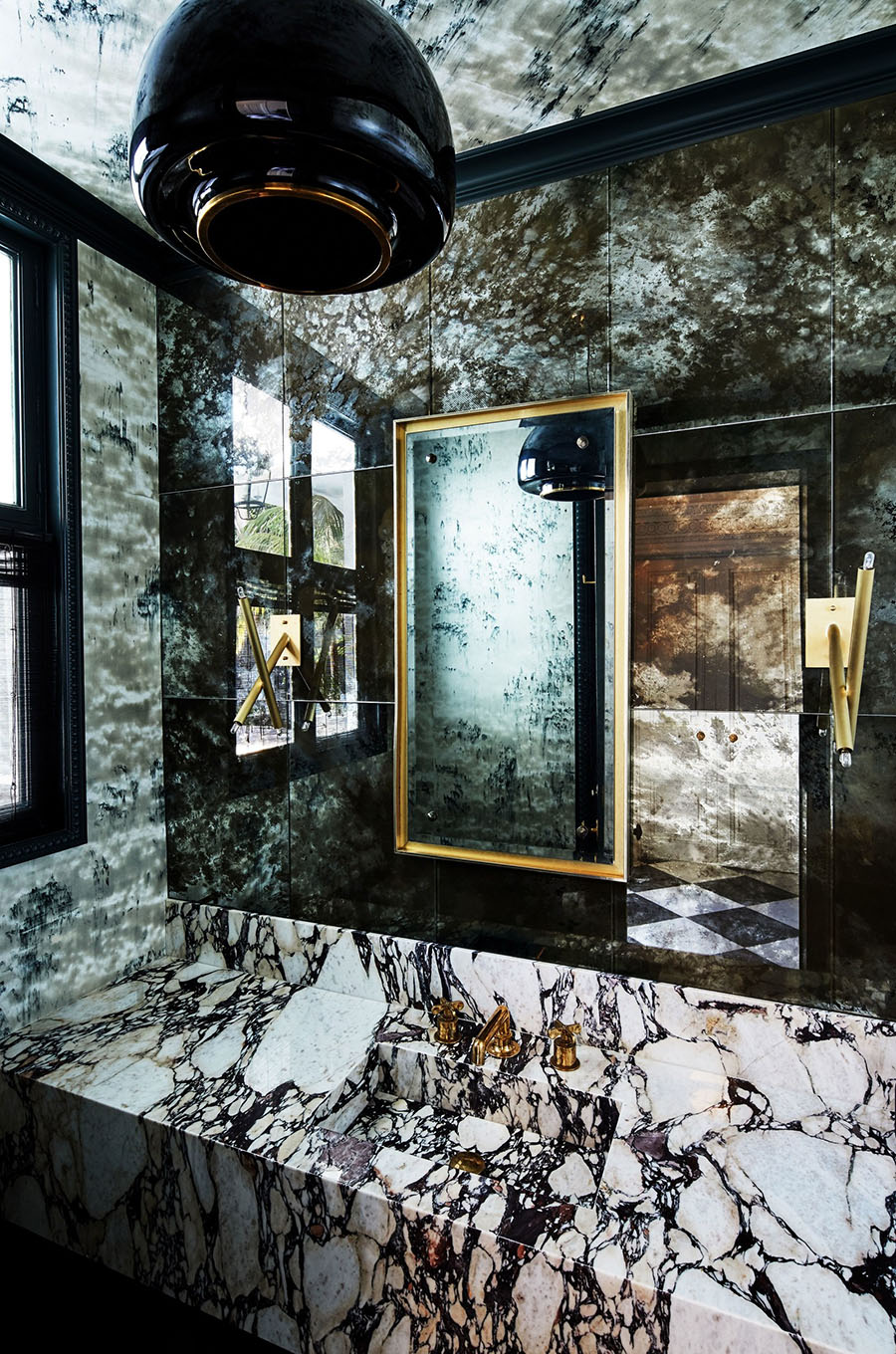