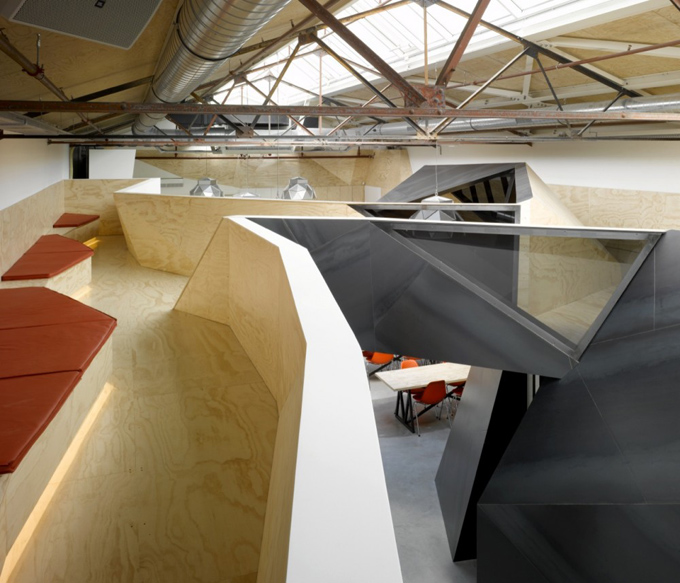 After several months of construction, Red Bull’s Dutch subsidiary, Red Bull Netherlands, has settled into its new headquarters on the North side of Amsterdam’s Port area. The almost 1000 square-meter (about 10,763 square feet) office is part of the 7800 square-meter (83,958 square feet) Media Wharf complex at the NDSM Wharf, on the shores of the river IJ. 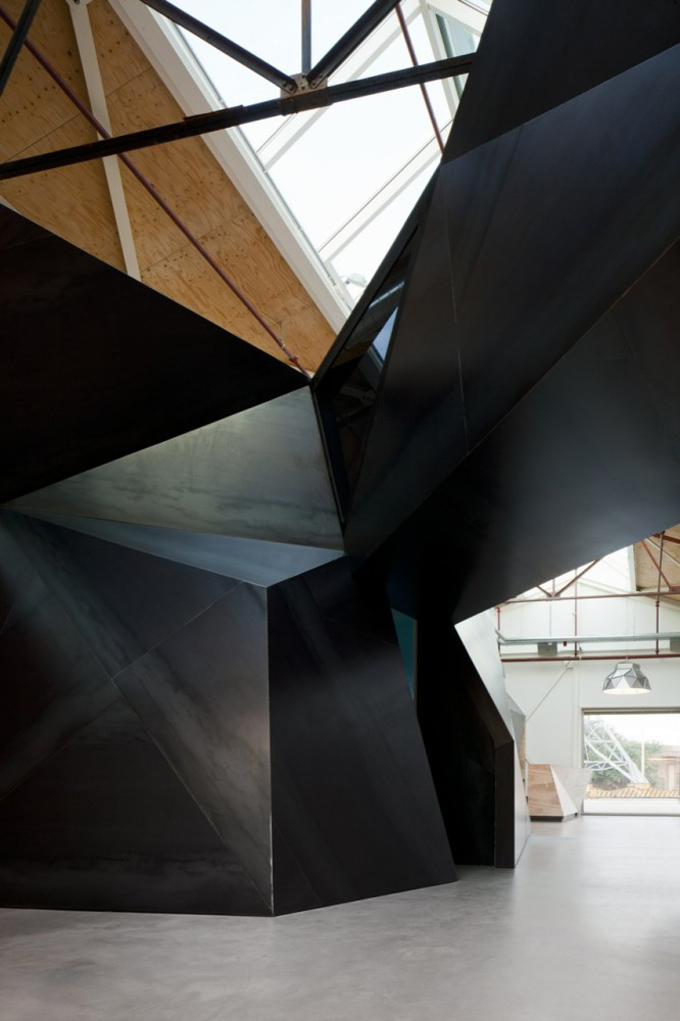 The office was designed by Sid Lee Architecture of Montreal and Amsterdam. The theme of the space is duality and polarity — reason and intuition, light and dark, art and business, public and private. 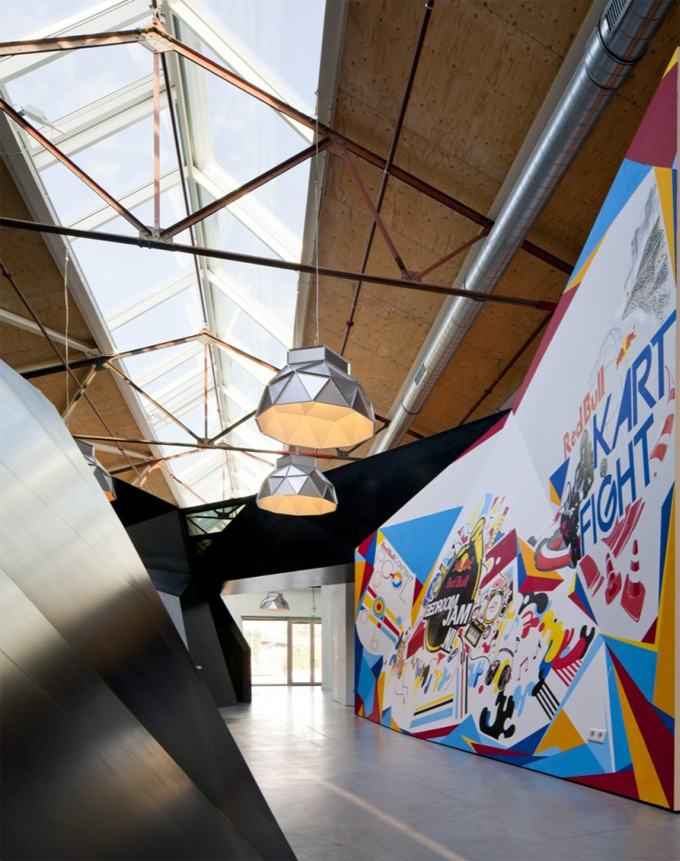 Much of the space is undefined, seemingly unfinished, with a feel of street culture and the rough edges of the shipyard’s past echoed in the design. 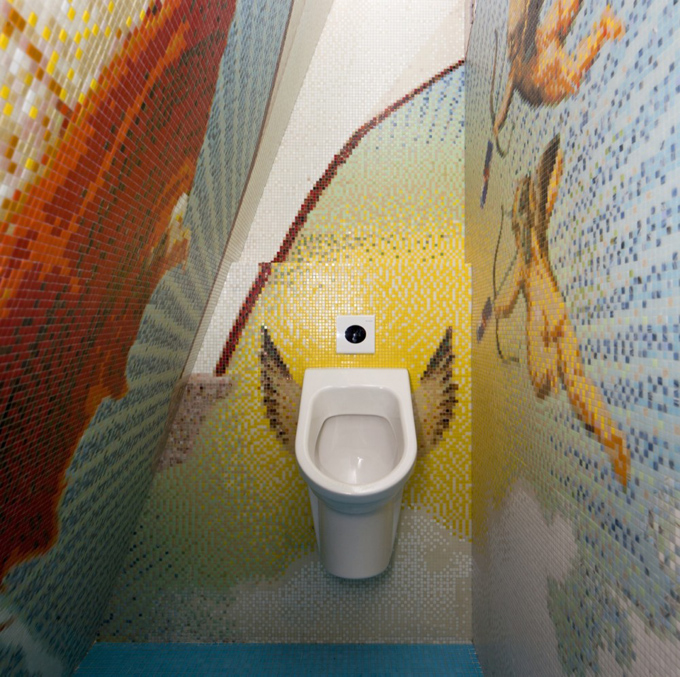 Red Bull Netherlands’s director Jan Smilde was quoted as saying that the company wanted a location with an entrepreneurial spirit where they would have the freedom to develop innovative ideas and events. 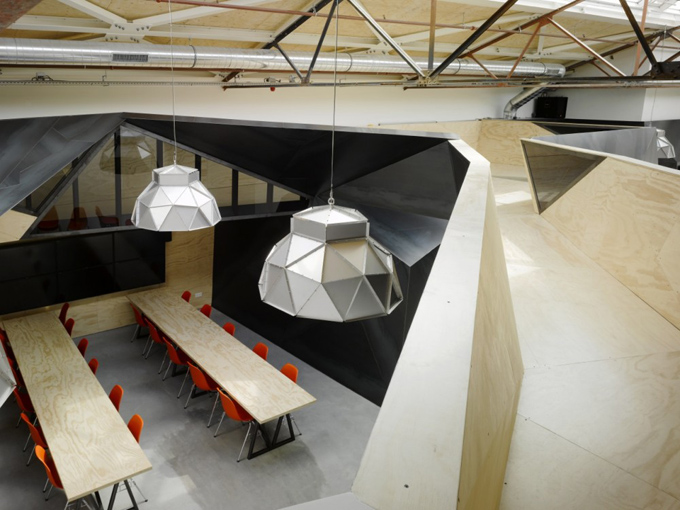 Established before WWII, NDSM (Nederlandsche Dok en Scheepsbouw Maatschappij – Dutch Dock and Shipbuilding Company) was one of the world’s largest shipbuilders. It continued to operate until the mid-1980s, after which the shipyards were deserted except for squatters and artists who established a ‘breeding ground’ of emerging artist there. 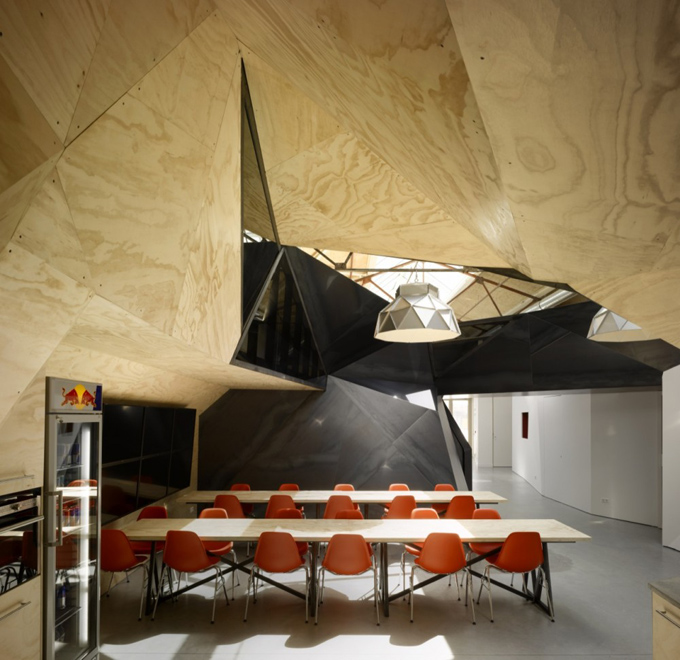 This area, the size of 10 football fields, has now been developed into an artistic and media hub, with studios and workshops, offices, open spaces, student housing, festival venues and restaurants. More here in English. 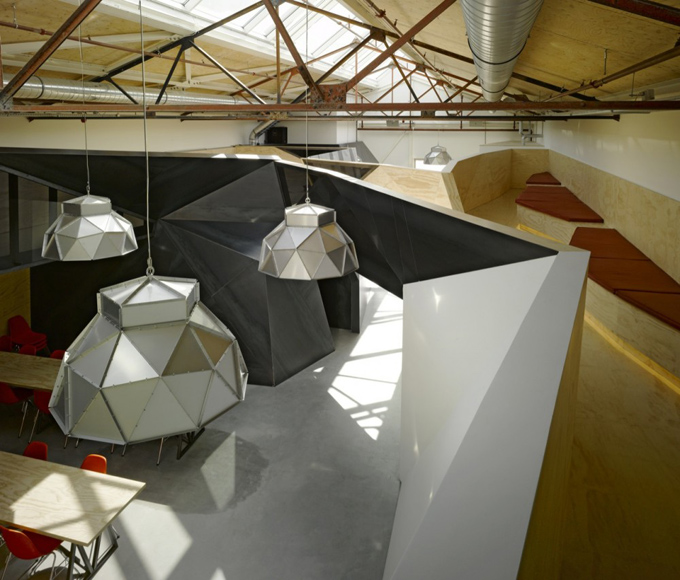 Perhaps we are overly practical here at TCH, but we could not help but wonder what Red Bull’s heating bill for this space is in the cold Dutch winter months. – Tuija Seipell 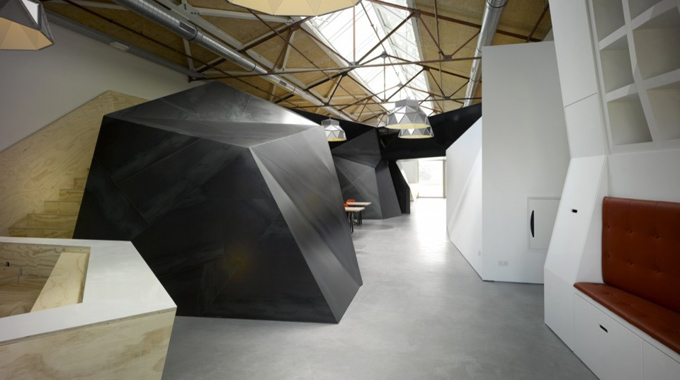