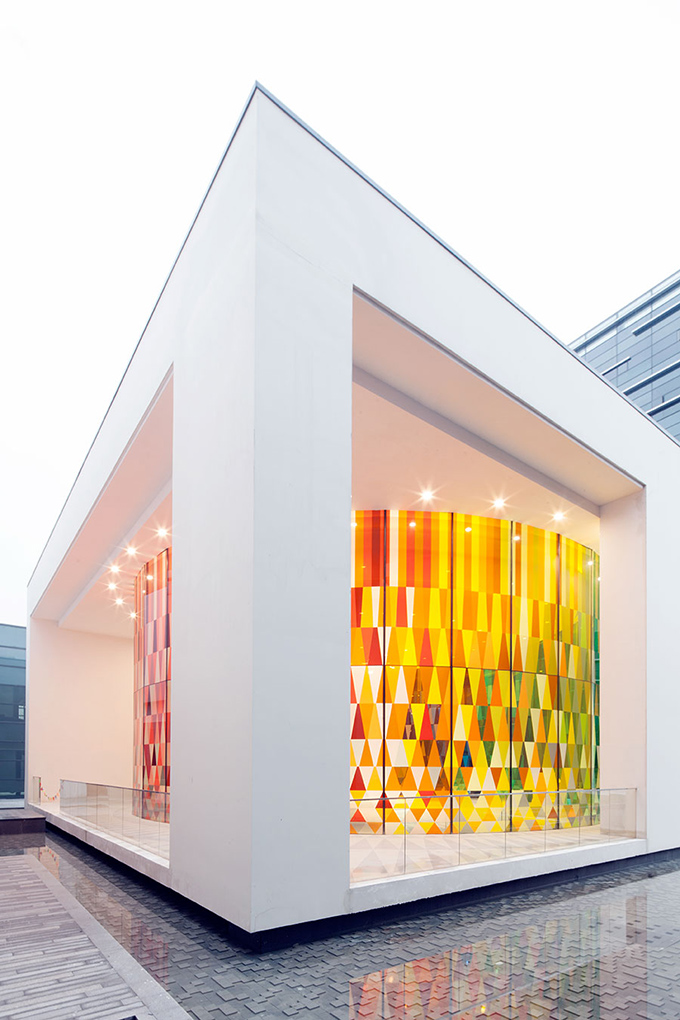 Imagine any city as if it were the human body and think of all the crucial aspects of it which keep us living. Within a city you could consider the people to be the blood; the thing which circulates constantly and gives life. Transport systems are the vessels which allow that blood to move and public infrastructure is the brains of the operation which facilitates the growth and movement of blood cells. 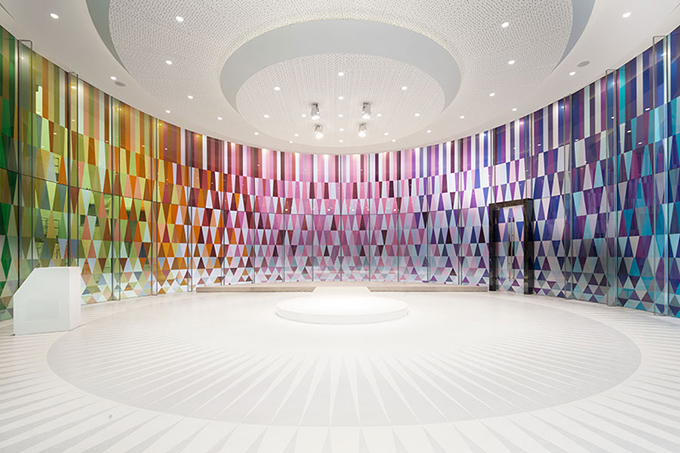 Equally important though is that essential organ called the heart. From a geographical sense, the centre of the city is considered the heart however more importantly it’s the spaces within a city which have character, inspire and shape society that are indeed the most heartfelt. 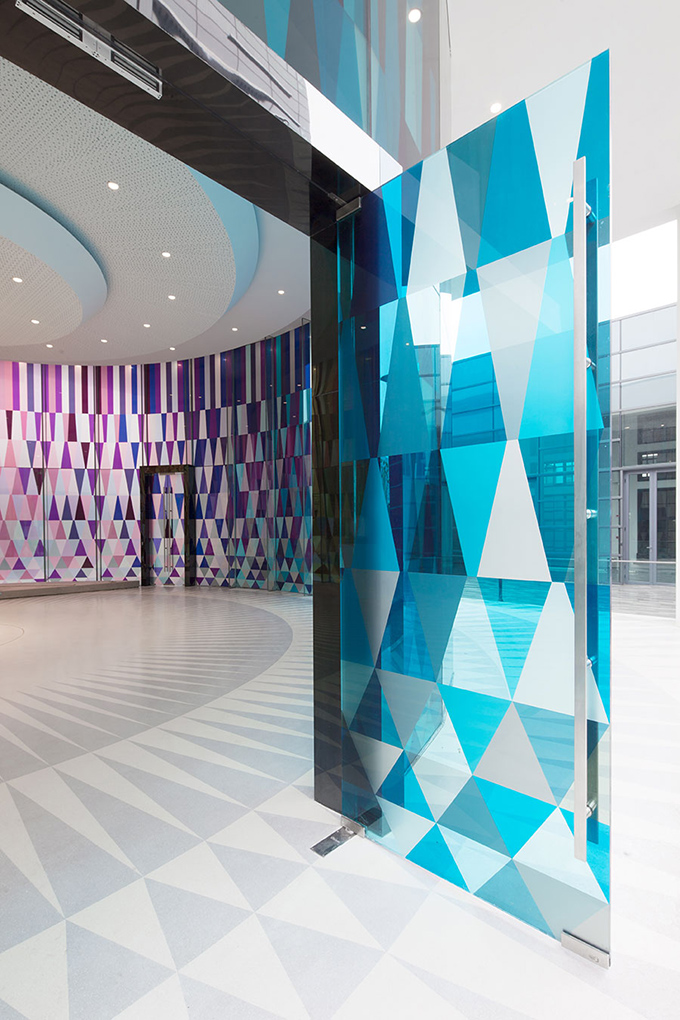 Rainbow Chapel, located inside the G+ Park in Shanghai is a new addition to a large organ of cultural landscape which has redefined this large bustling Chinese city. It’s a collaborative effort between award-winning design agency COORDINATION ASIA and logon urban.architecture.design; who have so successfully used the credo of ‘developing art spaces which nourish a city’ to form their concept. 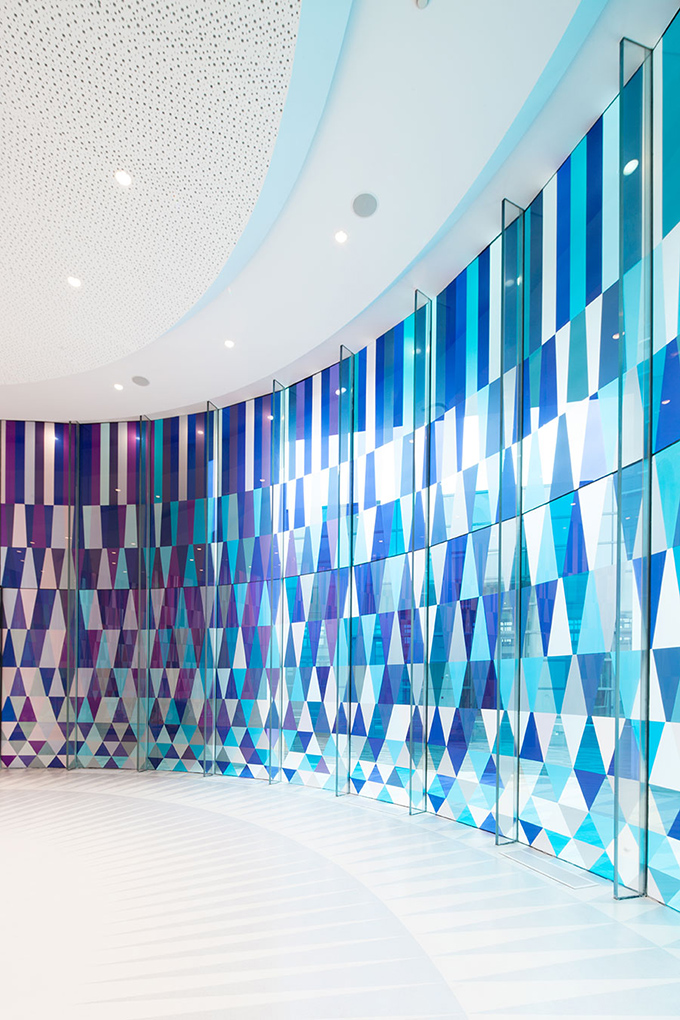 The team from COORDINATION ASIA have featured previously on The Cool Hunter with their designs for the Shanghai Office and Kids Museum of Glass. They continue to tackle interesting social projects in a market which is ever growing and developing; Rainbow Chapel certainly is no exception to this as founder Tilman Thürmer explains its conception:

‘;Over the years of operating the museum park we experienced an increasing demand to have a new type of venue that caters to the Chinese public, now avid for living a creative life, gathering new and exciting experiences and mixing art and lifestyle. There was a lack on the Chinese wedding market that mainly offers city centre locations and classic settings and we went on to fill that gap.’; 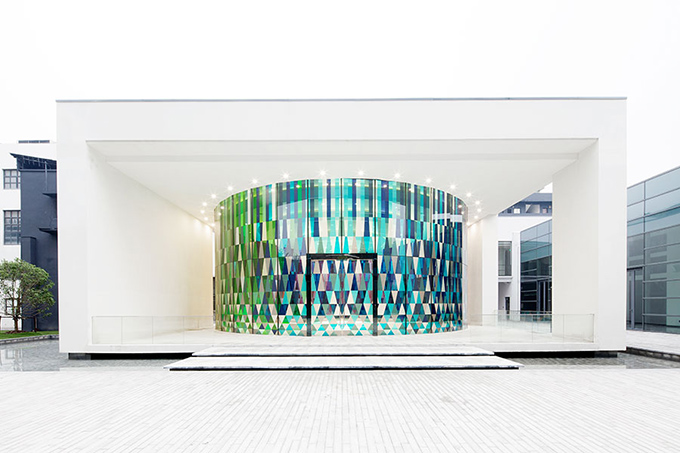 Designed around the Shanghai Museum of Glass the G+ Park recently celebrated its 4 year anniversary by unveiling a lifestyle addition to its premises that includes the Rainbow Chapel which is attached to the museum park. It’s a first for China and provides an alternative to classic wedding venues which appeals greatly to young and creative couples looking for something different.
It’s only fitting that the structural form of the Rainbow Chapel is a circle, as essentially a circle is an infinite line. This was indeed the intention of having a circular form within a square as it alluded to the nature of the connections made inside the place. It was also intended to represent fundamental Chinese symbolism with the circle representing fullness and unity, whilst the square stands as a symbol of honesty and virtue; when combined they lend a sense of perfection and provide good-luck. 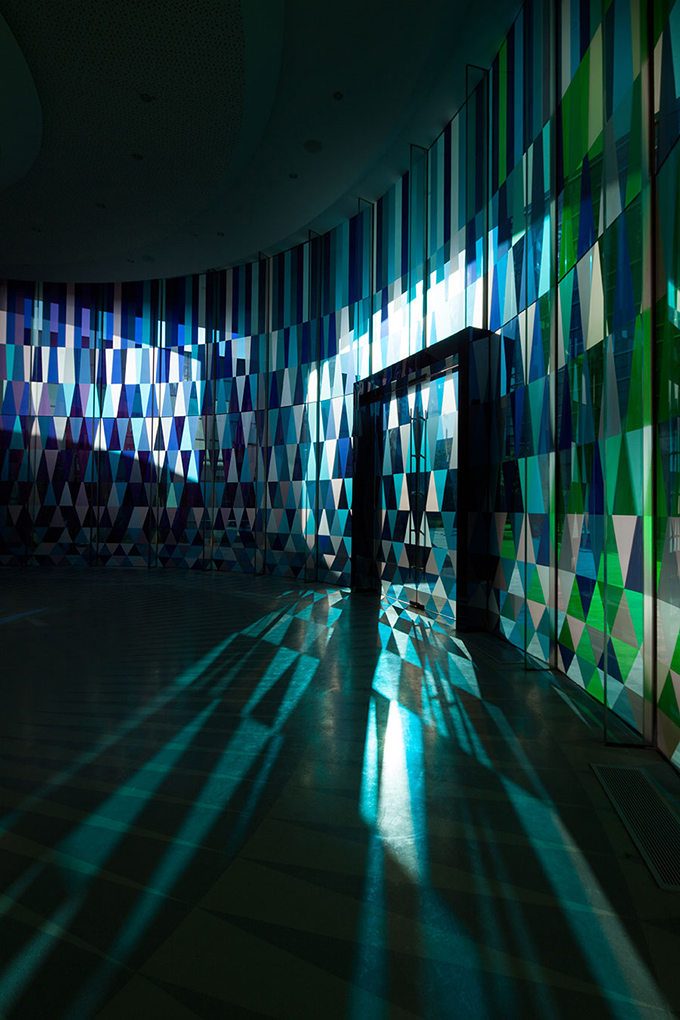 The building in total covers 390 square meters and is a vivid and fascinating exploration of the endless possibilities of glass.
The façade of the building appears to be kaleidoscopic as it comprises of 3060 elements, using 65 different colours and mixture of both transparent and semi-transparent glass. As the sun moves around the structure and the lighting changes so does the effects of the glass on the interior; creating a clever moving instillation. This effect brings the chapel to life. 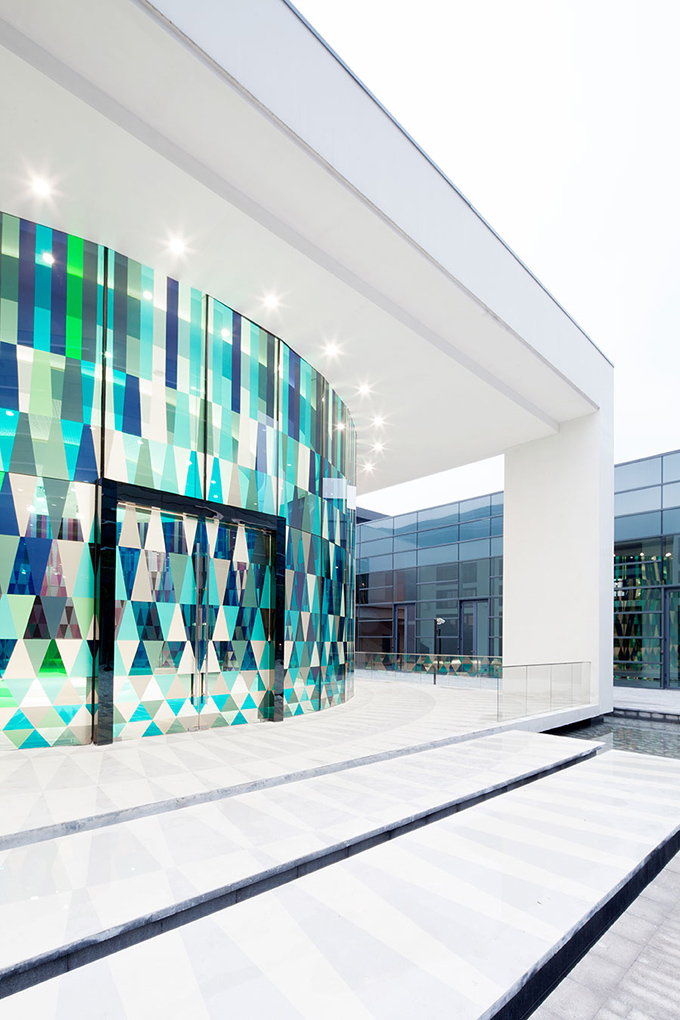 Sitting just next to the chapel is a banquet hall which covers 1200 square meters, built upon a former industrial glass workshop. This workshop has been converted into an elegant and sophisticated space which marries in well with the Rainbow Chapel. Whilst extremely elegant it’s also highly versatile and is capable of facilitating a wide range of events from weddings and anniversaries to concerts. 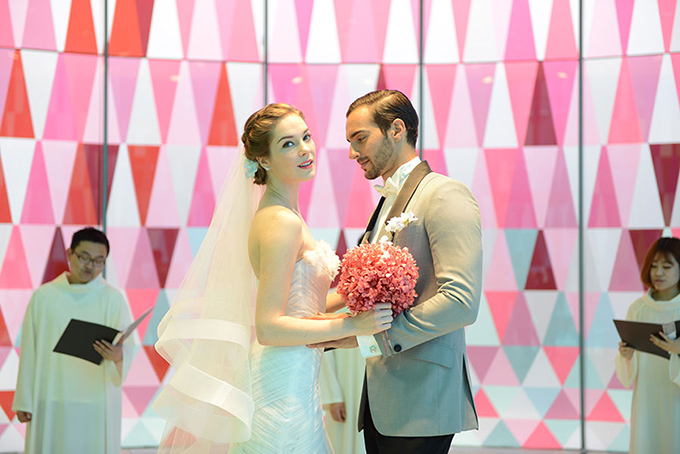 The Rainbow Chapel is modern, it’s sleek and highly artistic; most impressively though it maintains these aesthetics whilst still having character, heart and a deep connection to those using it. It’s a perfect cultural response to a gap in society and a heartfelt addition to Shanghai City – David Mousa. 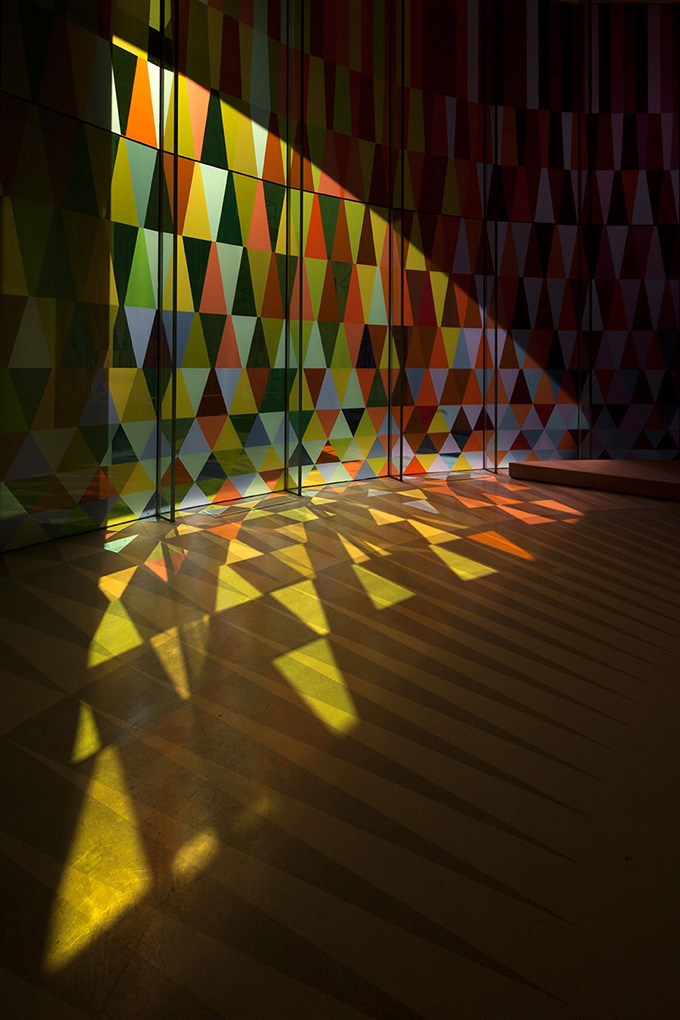