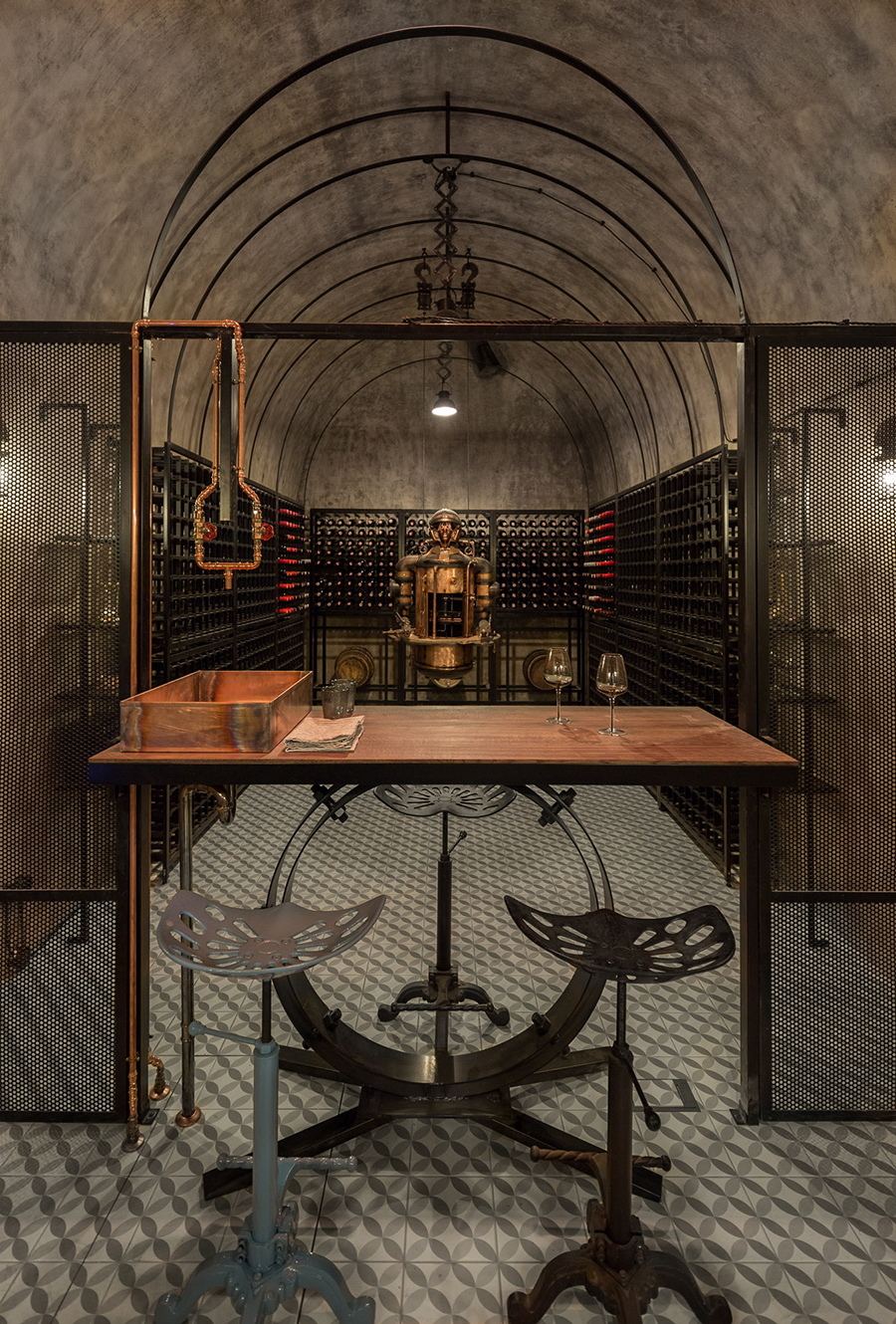 Those of us who see thousands of design and architecture projects each month are not easily impressed as we tend to see the same ideas over and over.

So, it is an exceptional delight when we see something that actually stops us and impresses in its visual impact and impeccable execution. 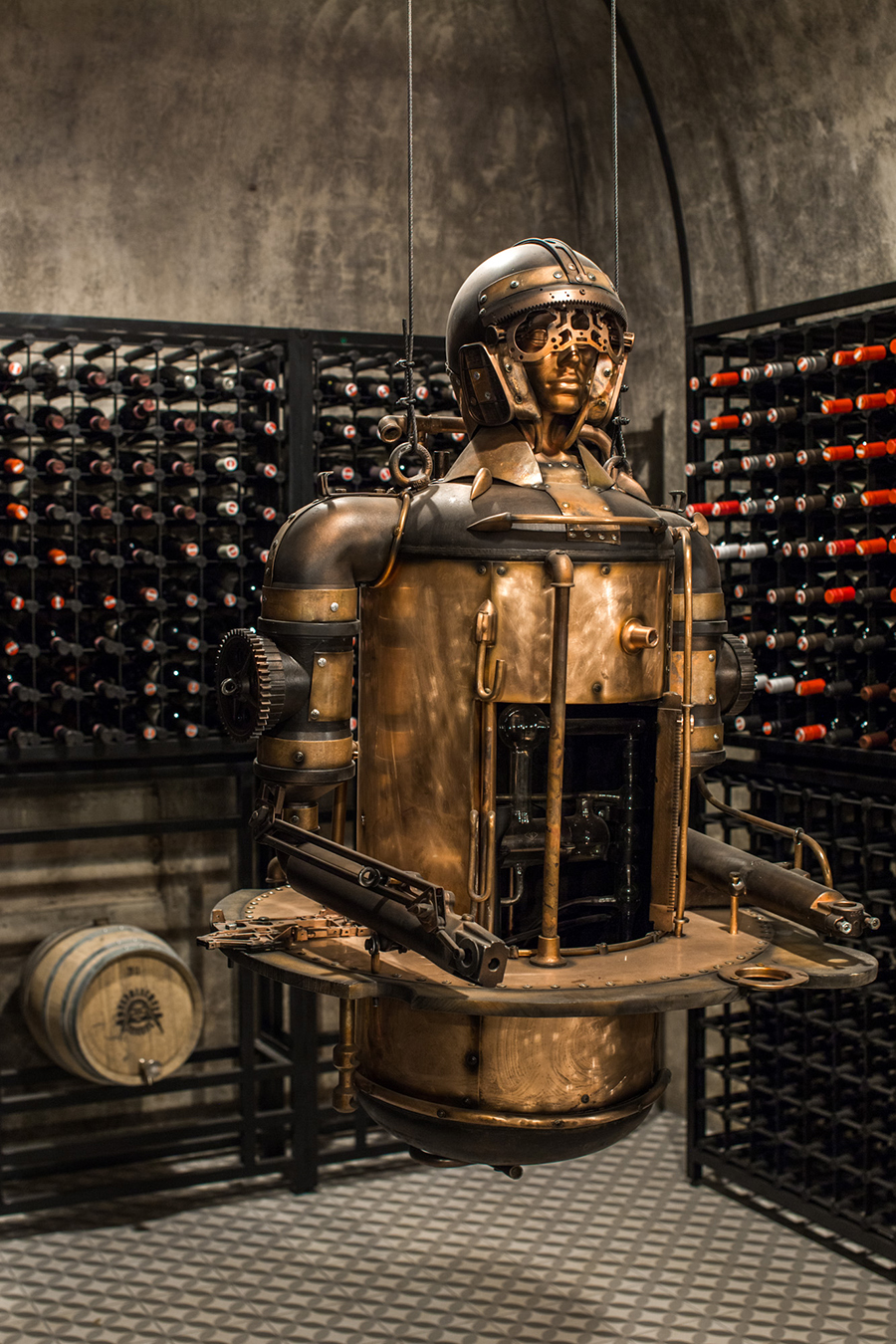 We suspect that even those that are truly well versed in wine cellar design would agree that the Lithuanian Steampunky wine bunker by Gabija Pažarskytė’s interior design studio Dizaino Virtuvė is rather impressive.

The wine cellar started as a dream of a father of a young family. According to the designer, the man dreamed of one day having his own wine cellar that would be based on a fantasy or illusion and that would give him a relaxed escape from reality.

His dream has now been realized and the 30 square-metre cellar contains almost 2000 bottles of wine and separate shelves for strong spirits and rare bottles. 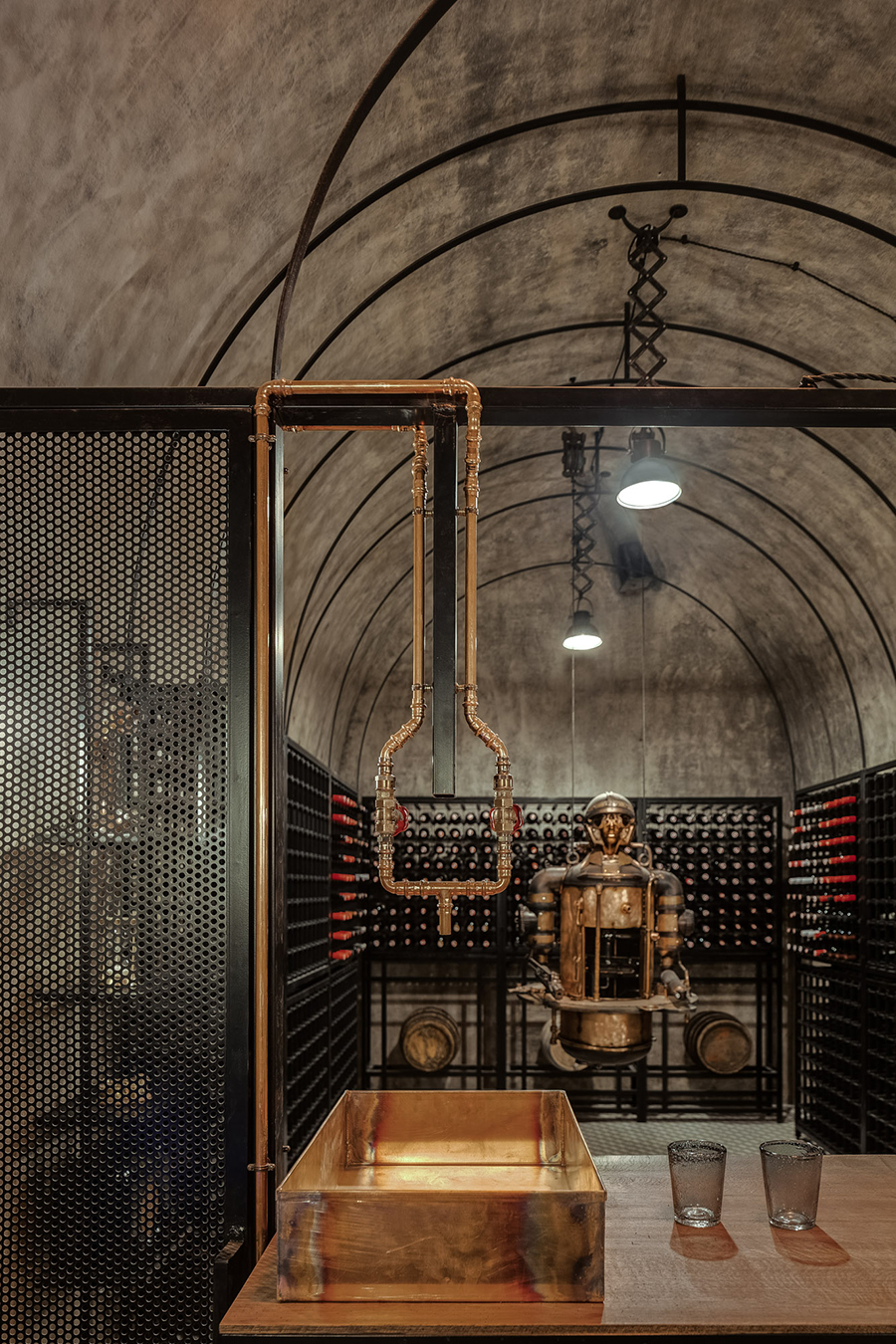 The dark and gloomy bunker idea was not just something the designers came up with. It is based on the actual history of the site.

The bunkers for storing guns and other military ammunition were built by the Polish army in the middle of the 1920s and then taken over by the Soviets after WWII. 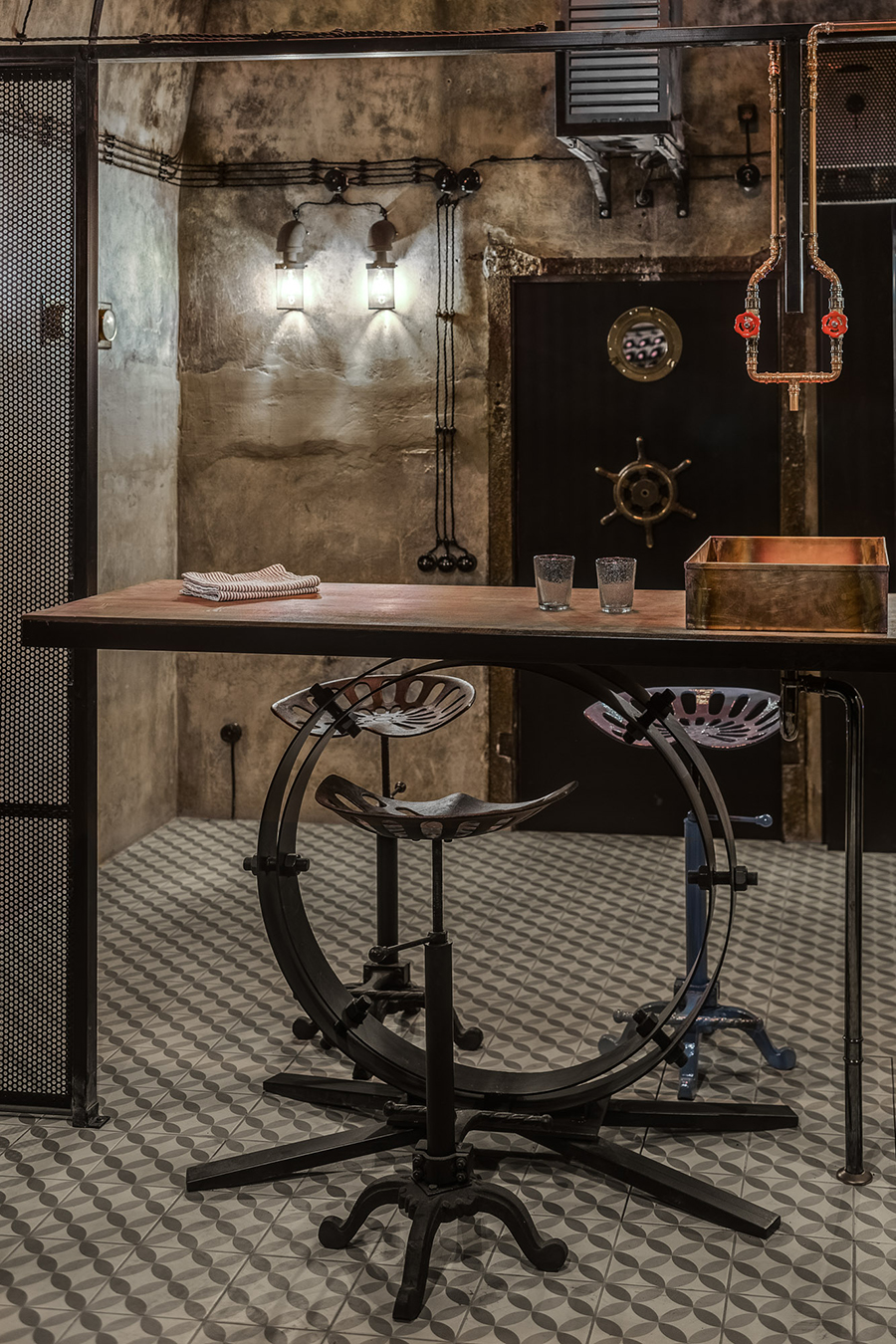 In 2015, a brand new housing project was created on the site by two local architecture studios Paleko Arch Studija and Plazma Architecturos Studija.

Eight of the 18 houses built on the site sit on top of the ammunition vaults and are elevated on stilts above them. Each owner o an elevated house also owns the bunker below.

So the designers of the wine cellar took their cues from this sinister military history and turned the cellar into a Steampunk-themed fantasy. 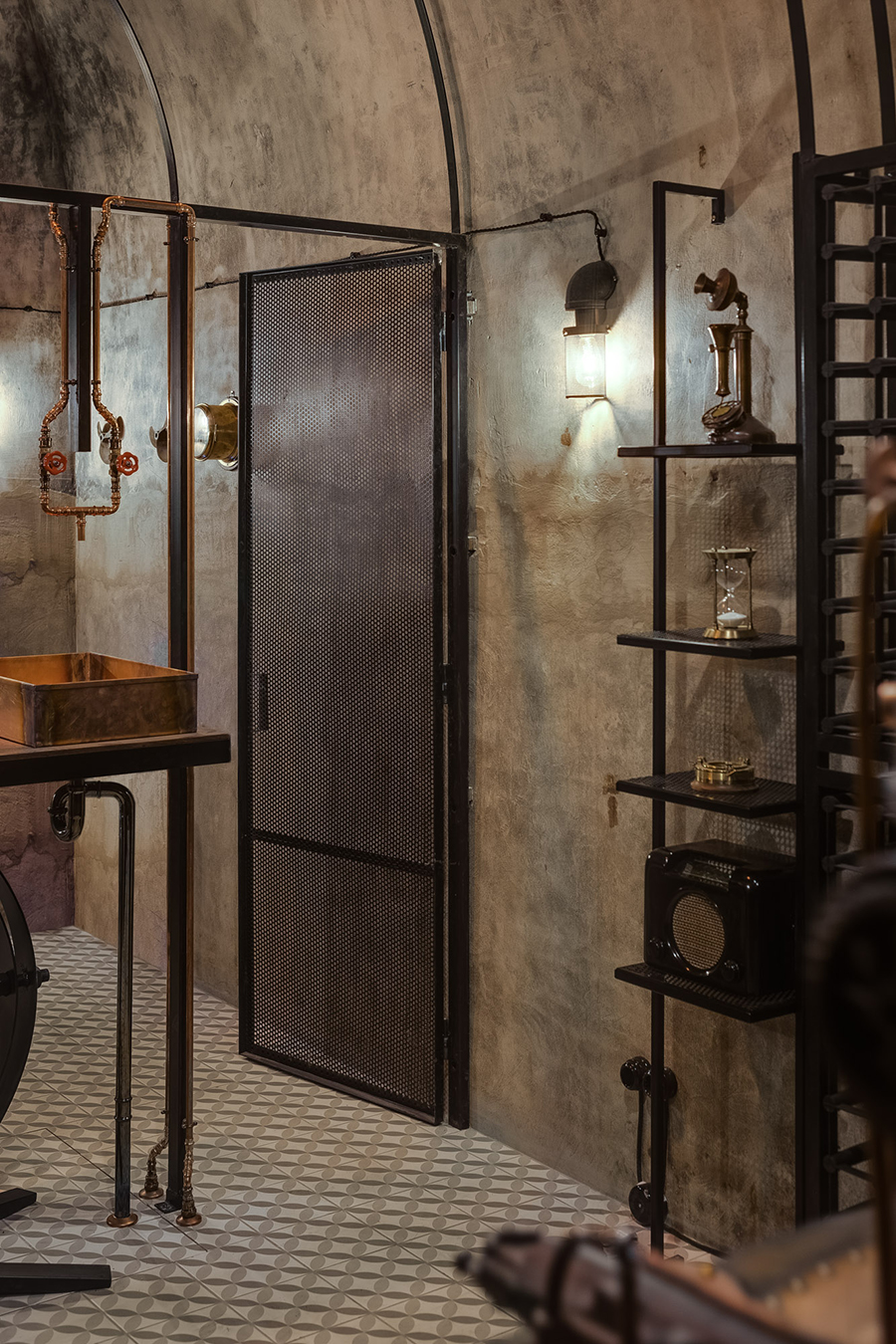 The vaulted ceiling is echoed in the metal arcs that also extend the length of the main space visually.

The central spot is occupied by a three-dimensional artwork – the shape of a man made of metal. One side of the main space is dedicated to this captain of the ship, the other side is left for his crew. 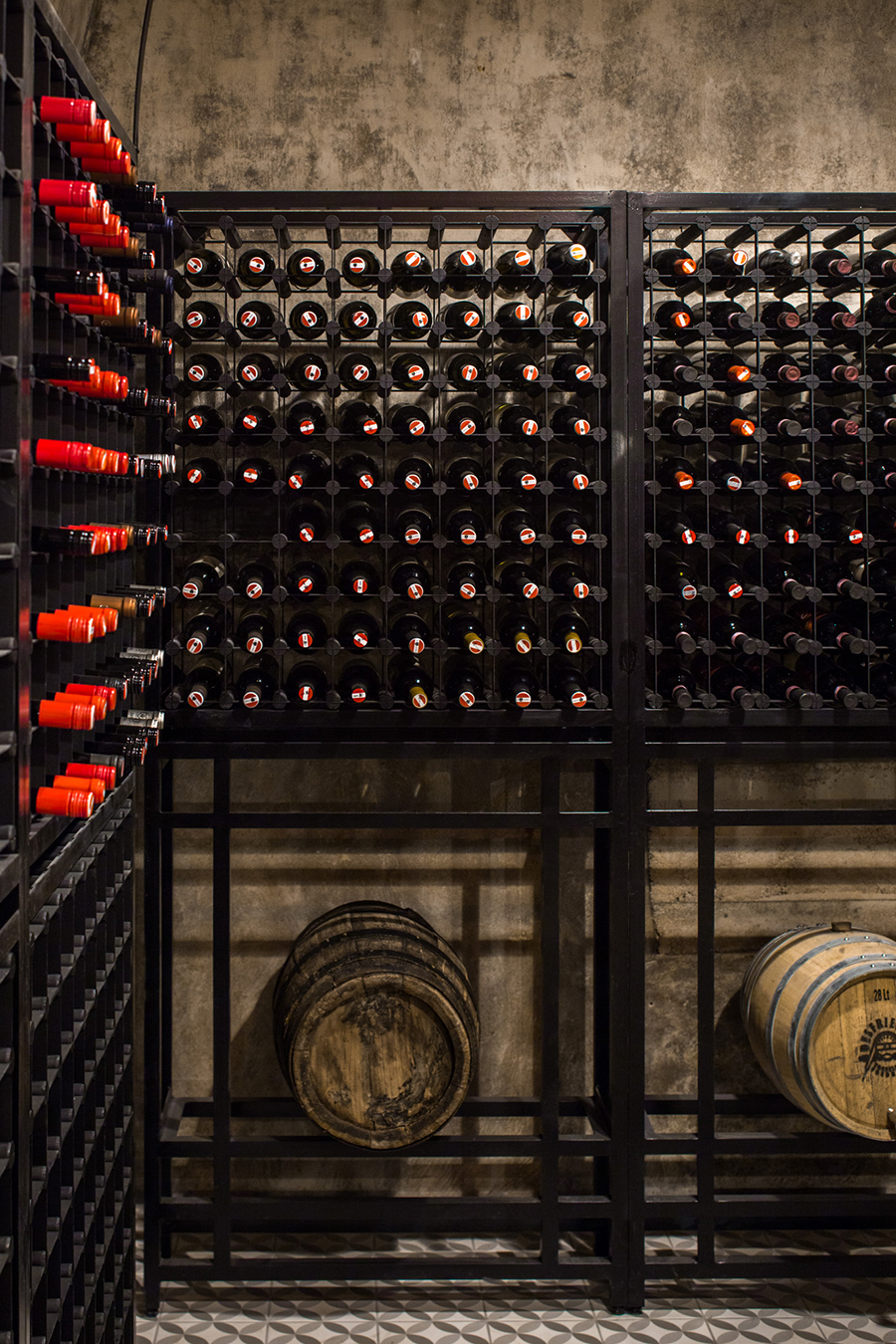 There is an overall feeling of submarine or subterranean enclosure with the different weathered and time-worn metal features – seats, metal basin, pipes and marine detailing – adding to the otherworldly feel. This is definitely an escape from reality. With a great deal of wine to go with it, of course. Tuija Seipell 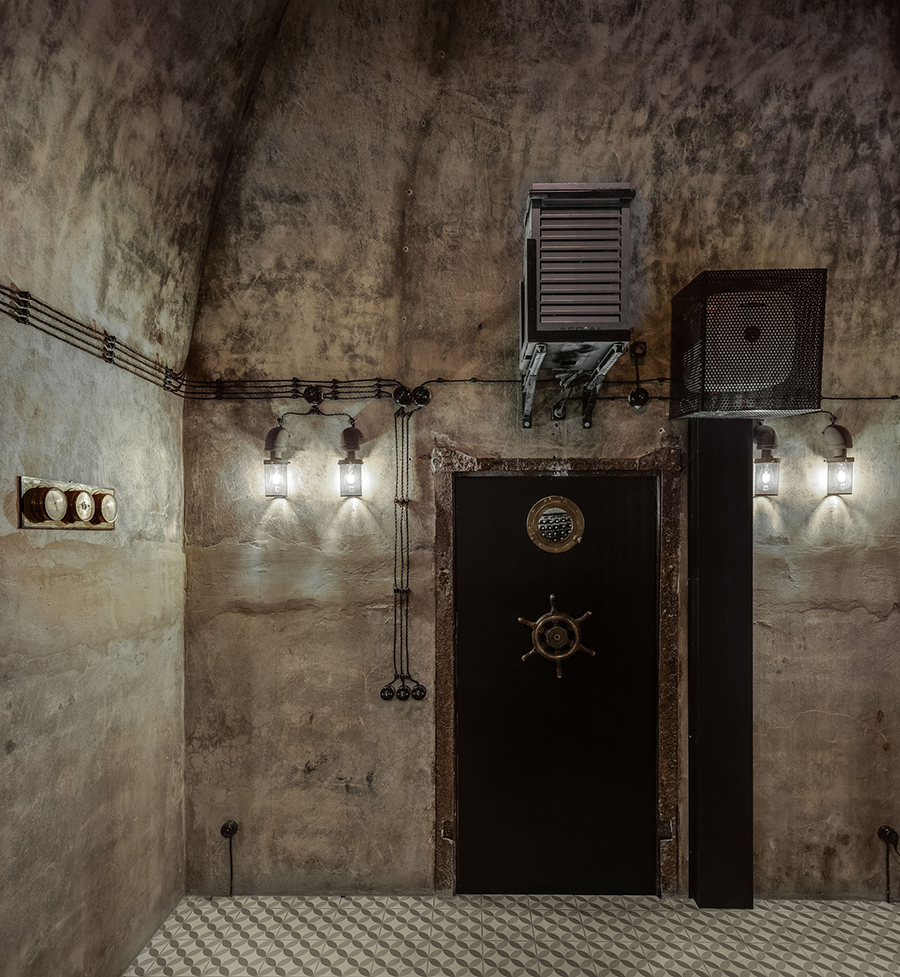